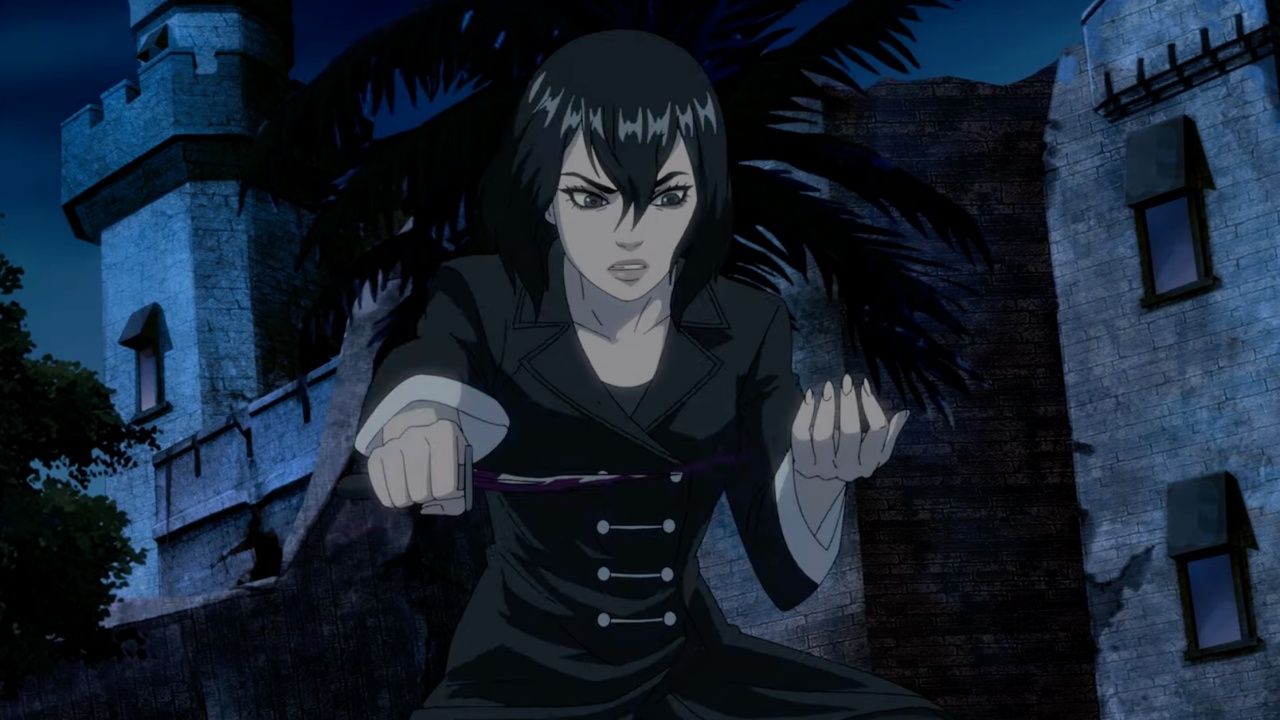 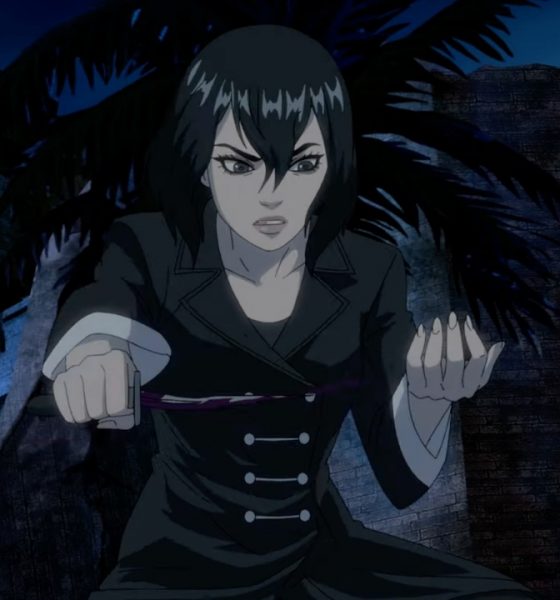 All images courtesy of Netflix

Much has been said about the dubbing work of the Netflix Animé series Trese. Everyone from showrunner Jay Oliva, Filipino voice talent Inka Magnaye, and that random Facebook friend you don’t really talk to anymore has weighed in.

We’re not going to get into details of what people have said. We’re sure there’s no shortage of that on social media. Rather, we’re here to explore what transpired in how the show came to be. Netflix arranged a media conference with the following key figures in the series: 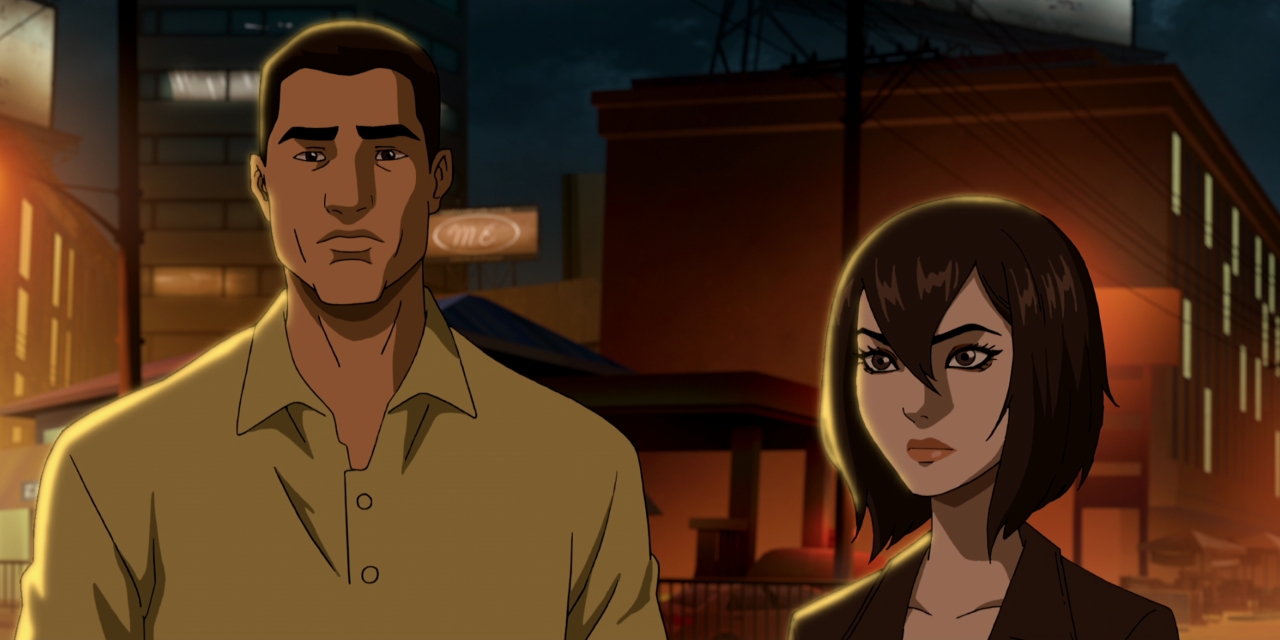 The observation we made from our ‘What to expect’ article proved to be true. The whole series was indeed first dubbed in English and was then translated to Filipino and other languages later.

This was one of the many challenges that Baldonado Jr. had to deal with in translating the material to Filipino.

“What we got was already finished work. So the casting process for us is a little different because we had to consider who did the original first — what were the characters that they molded through their voices. And then, how the animators matched it with the visuals,” said the Filipino voice director.

“The Filipino dub had to be cast according to how they (English cast) started it.”

There were also a few terms that didn’t exactly have a direct Tagalog translation. Baldonado Jr. cites the word “Underworld” which loosely translates to “Impyerno.” In the context of the series, “Impyerno” doesn’t exactly capture how “Underworld” was used as the place where all the monsters and ghouls came from.

This is also the reason why it’s primarily called the Filipino version. Because the team pulled from other languages in the country which fits the context of the words used in English better. 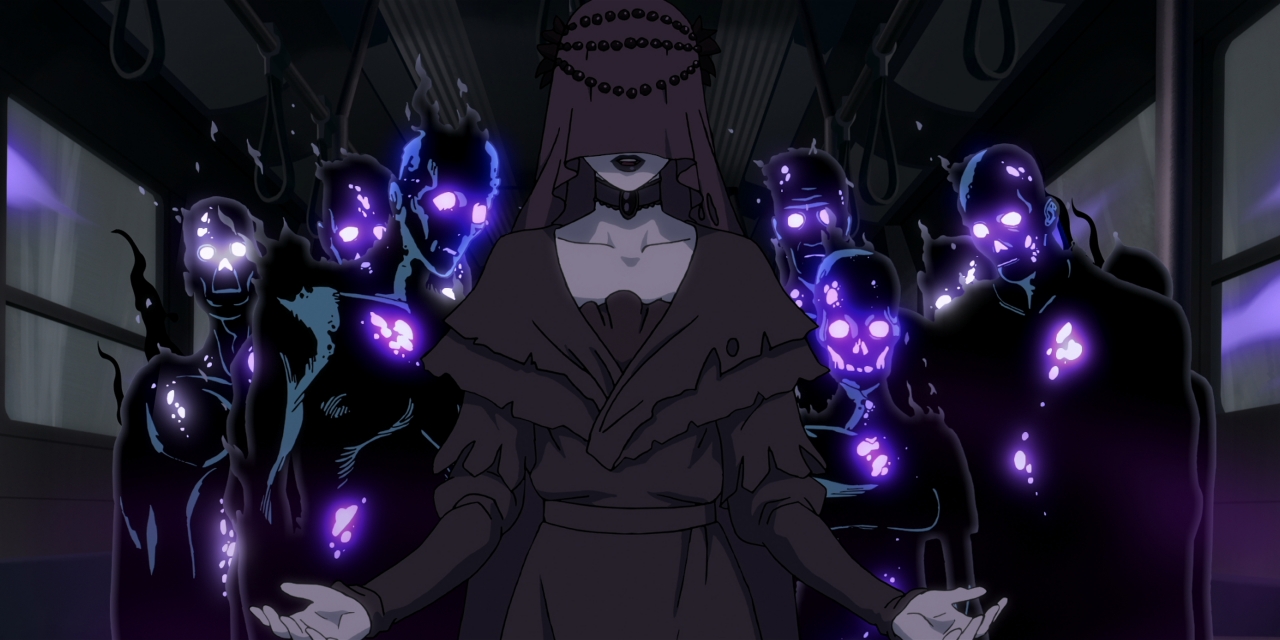 Does the Emissary give you an eerie feeling?

Naturally, these same challenges applied to Liza Soberano who played Alexandra Trese in the Filipino version. Soberano was very much aware of her voice quality, tone, and twang according to Baldonado Jr.

“She knows where she’s coming from and she knows what she needs to work on,” said Baldonado Jr. “She was trying to focus on three things (voice, language skills in Filipino, and acting).”

Baldonado Jr., who is a 23-year veteran in the localization and voice dubbing industry, provided exercises for Soberano to address all these. The pair aimed for a voice with a lower register and one that sounded more stiff which, the voice director said, was in contrast with Soberano’s natural tone.

The voice director was very much aware of the criticisms online. But he remained cheerful and positive throughout the media conference. However, he lamented that he wished he had more time to polish the work with Soberano.

.@lizasoberano and Alex? Women I stan 😌 Find out what else they have in common on Trese After Dark 🖤 pic.twitter.com/Q7e5G1Pzy1

What’s up with all the accents?

Noticeable in the English version is the variety of accents by the characters. Shay Mitchell, who played Alexandra Trese in the English dub, mostly maintained her American accent. But the rest of the cast added more to the mix. Series writer and co-producer Tanya Yuson and English voice director Wes Gleason said this was by design.

“The accents vary, I think, as we found a neutral, what we call ‘Manila accent’, but that’s because our melting pot is from different people with different backgrounds,” said Gleason.

“Some of their relatives or references might have been a little stronger with an accent or a little more in one region than the other. So, I think our show kind of shows that diversity, and hopefully in a good way,” he added. 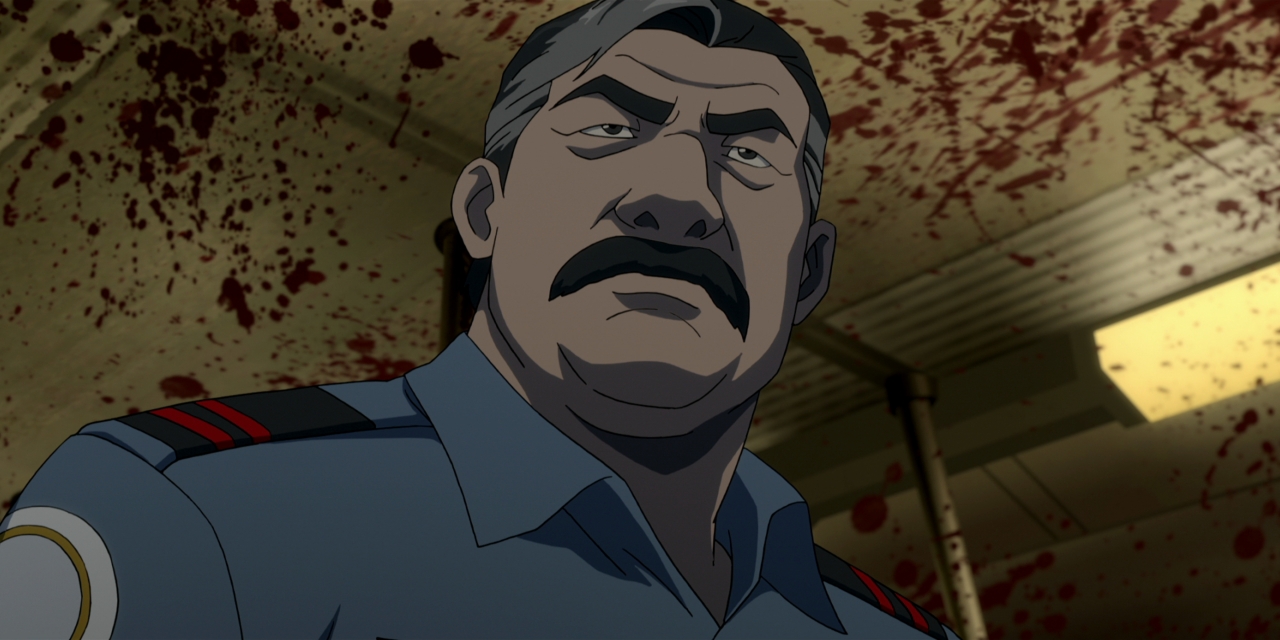 “It’ll be the first time an international audience would hear, on a wide platform, English spoken with that flavor,” said Yuson.

“It would be weirder to me if it’s in English language set in Manila and then you have, either it’s very American or British. The diversity for accents in Manila, anyway, is a lot… we wanted to present that in a way that’s also accessible to an international audience,” she added.

Strength behind a Filipino cast

The influence of the Filipino cast for the English version didn’t stop with just the accents. Everyone from Manny Jacinto (The Good Place) to Lou Diamond Philipps (La Bamba) pulled from stories from their relatives and loved ones about Philippine folklore involved to bring the characters to life.

Authenticity was the primary driving force in the casting decisions. That’s on top of the voices fitting the characters according to Gleason.

“A lot of the actors had familiarity with the folklore in the Philippines. They were coming in with tales of their mothers scaring them. The mananngals, the tiyanaks, the duwende, all these things. Everyone had their own little tale to tell.” 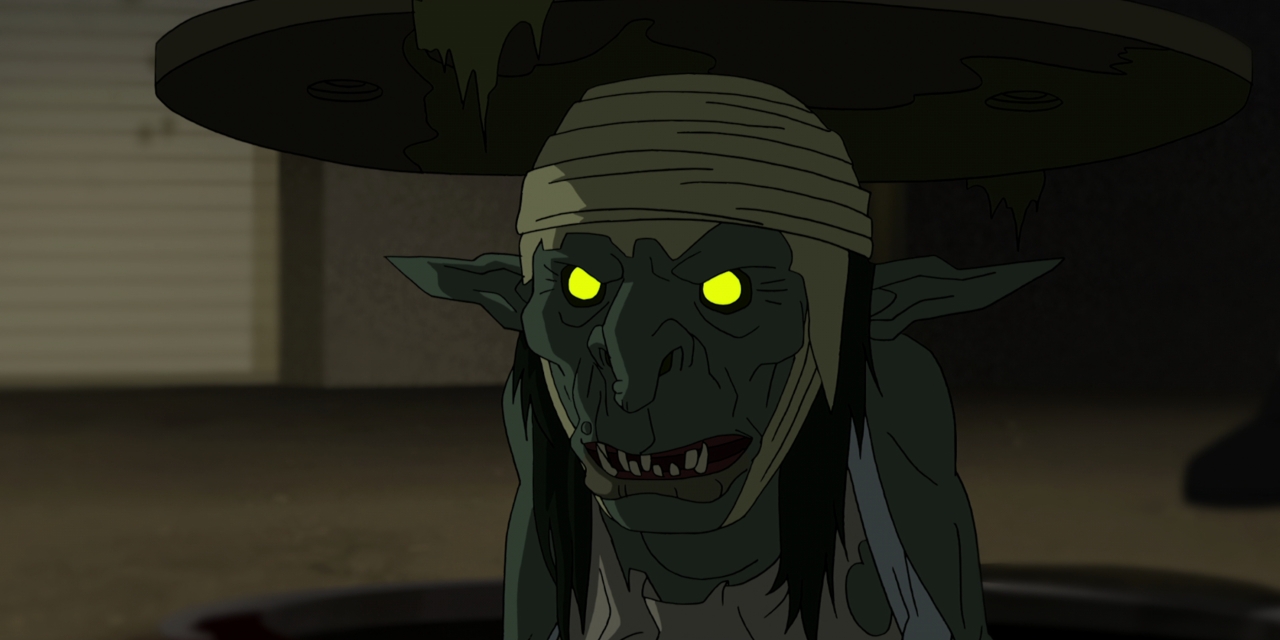 Gleason, who naturally had to do his research on the folklore, leaned on the casts’ experiences to help shape the voice direction.

“Anyone who had that background but was also giving us great options for the read, we gravitated towards them.”

A few more fun nuggets from the conference

Manny Jacinto, who plays Maliksi, may have initially read for Crispin and Basilio as hinted by Gleason.

“He (Jacinto) read for a different role that he was cast for. We heard his approach on one character, or characters — that’s not a spoiler — and hearing that just felt like this role was a better fit.” 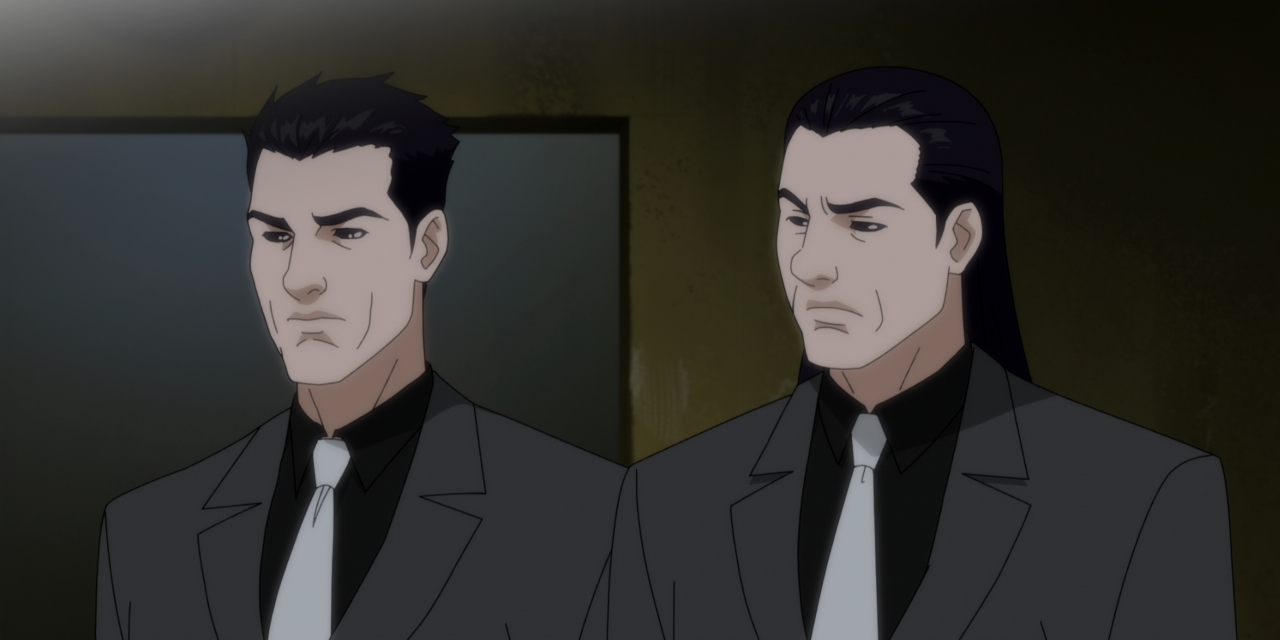 Darren Criss (The Assassination of Gianni Versace: American Crime Story, Glee) was very excited to be part of the cast even telling Gleason, “How can I not be a part of this? My mother would kill me if I’m not a part of this!”

Tanya Yuson said working with just six (6) episodes was pretty challenging. The ideal number of episodes could have gone anywhere from eight (8) to 22. However, they made sure that even with just six episodes, they could set-up the world and still have a satisfying ending.