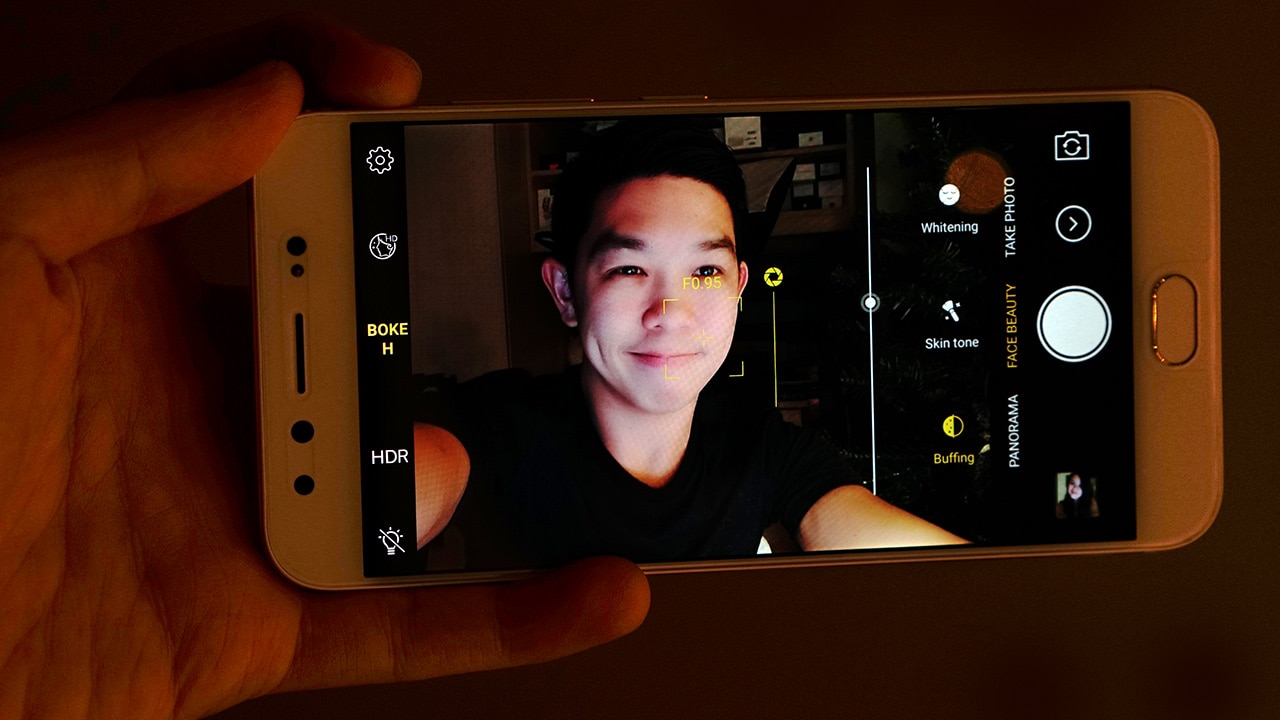 Whenever a smartphone has a Plus at the end of its name you expect it to be bigger and better than its namesake.

But that’s not the case when it comes to the V5 Plus, the newest smartphone from Chinese up and comer Vivo. In fact when it comes down to the tale of the tape, the V5 Plus is roughly the same size as the V5 that came a few months before it. 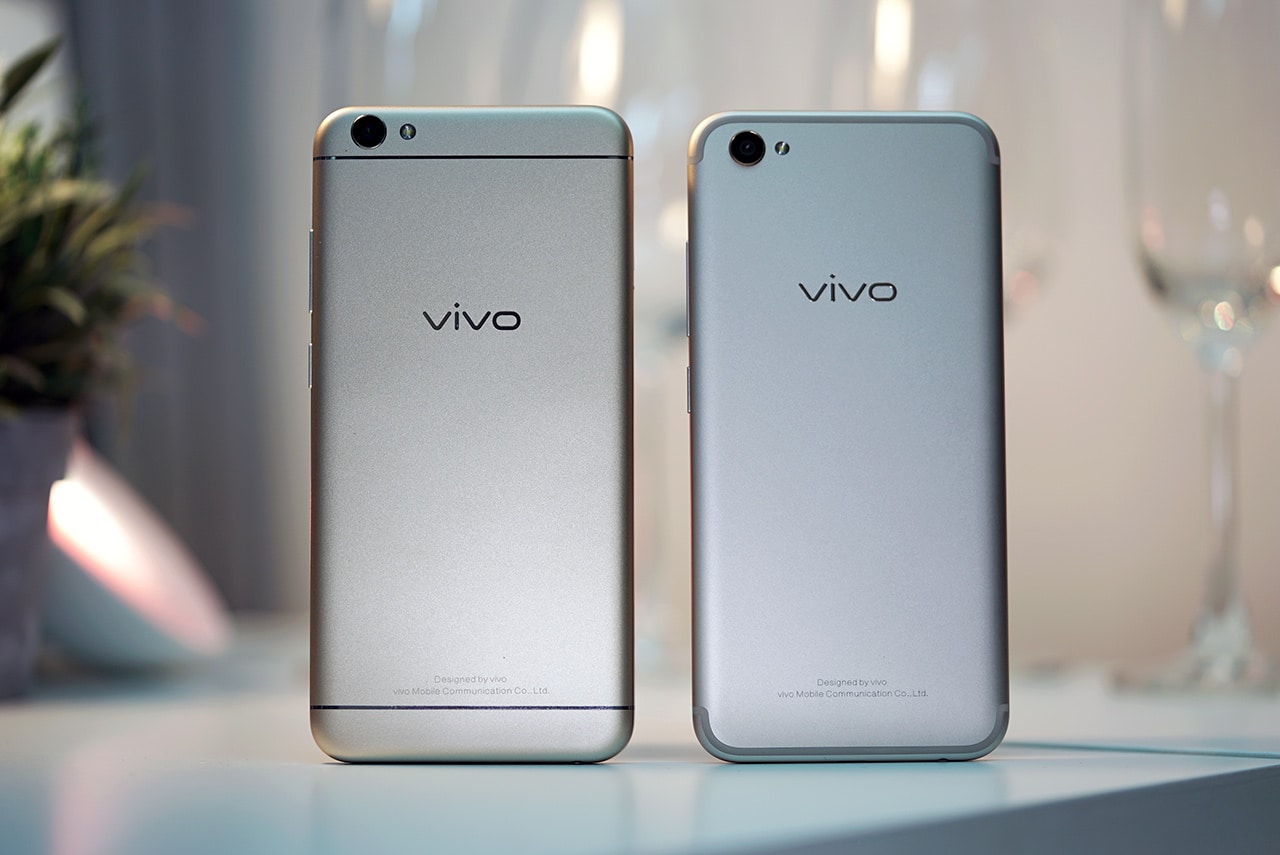 The Vivo V5 and the V5 Plus – same size but different internals.

Of course when it comes down to it, the V5 Plus is a better phone overall, but it is also $150 more expensive – which in the midrange segment is a significant enough of a price difference. Does its improvements justify the extra cost? Why should you get the plus model over the non plus model? Keep reading to find out.

The headline feature of the V5 Plus is its 20 megapixel selfie camera. That along with a front facing flash and a camera app that comes with a host of beautification modes gives the phone a pretty good value proposition – great selfies on a budget.

The V5 Plus takes that a step further with a second selfie camera. 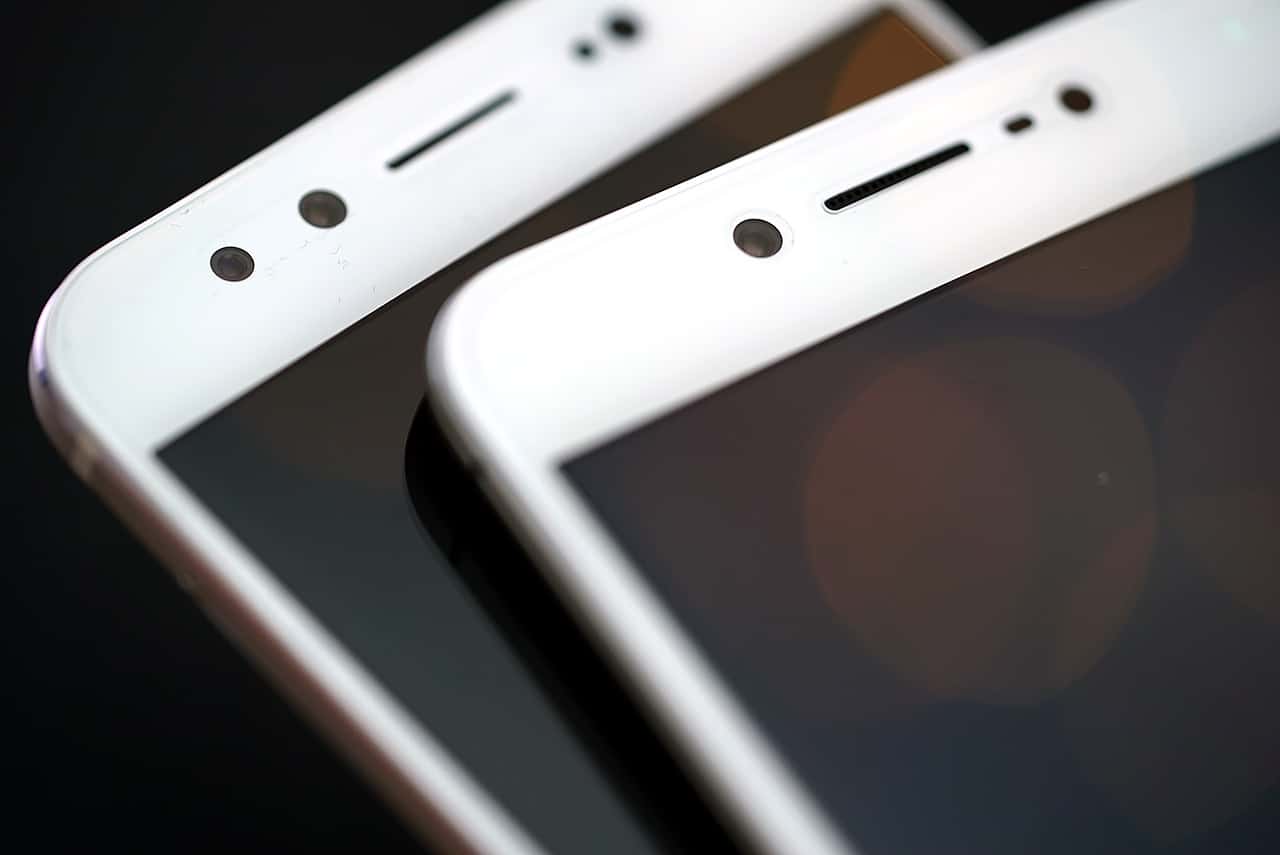 Spot the difference. The Vivo V5 Plus has two selfie cameras.

While dual cameras are slowly becoming a trend, very rarely do we see a phone with two up front. On the V5 Plus, this second camera is used to measure the depth of a photo giving you selfies with that creamy bokeh effect.

In our tests this extra depth of field effect gave our selfies a more professional feel to them, although in some cases felt a bit too much.

SELFIES Vivo V5 (left), V5 Plus (center) and adjusting aperture on the V5 Plus (right)

Thankfully if you feel that’s the case, you can dial back on the photo’s aperture when you’re taking the photo or after the photo has been taken (via the edit menu on your camera roll).

Overall the second selfie camera didn’t feel like a gimmick and gave us the best looking selfies we’ve seen on a smartphone today.

It’s peculiar that the V5 Plus looks reasonably different from the V5 considering they’re both current models. With only a few months between them, the V5 plus looks much more refined, albeit obviously very much a copy of the iPhone 7. Just look at those antenna bands. 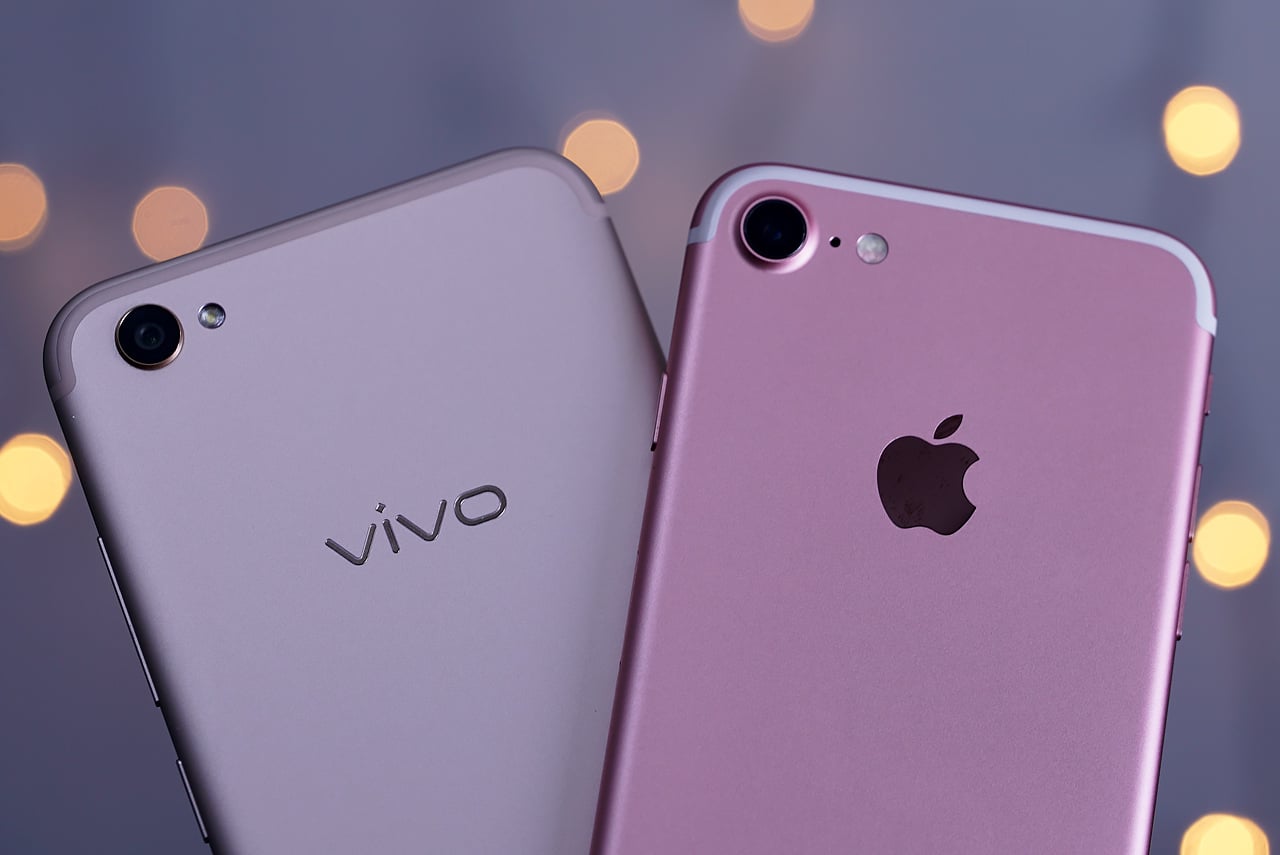 Looks familiar. Did the Vivo copy the iPhone 7?

On the V5 Plus, Vivo brings back the home button which on the V5 was more of a touchpad that you couldn’t really press down on. Fingerprint unlock times are just as super quick.

The user interface too is slightly improved with cleaner more consistent looking square icons with rounded corners, an additional row of quick settings, and a new multitasking interface. Overall, FunTouch OS is still one of the better Android implementations around, except for the fact that it’s 2017 and they’re still both running Marshmallow and not Nougat.

Apart from its second camera, the V5 Plus gets its name from other welcome hardware improvements. For starters it gets a much more capable processor, additional storage space, a slightly bigger battery, and a better main camera.

It also gets a Full HD display which I personally believe should be a standard among mid-range phones these days.  The display on the V5 Plus is nice and crisp with pretty decent contrast and beautifully saturated colors.

Last but not least, and thankfully unlike the V5, the V5 Plus supports fast charging. The omission was a big head scratcher considering the feature came standard on last year’s V3 and V3 Max. In our tests the V5 Plus went from 0 to 80% in 60 minutes and full in just under an hour and 30. The battery lasted us a good full day and then some. 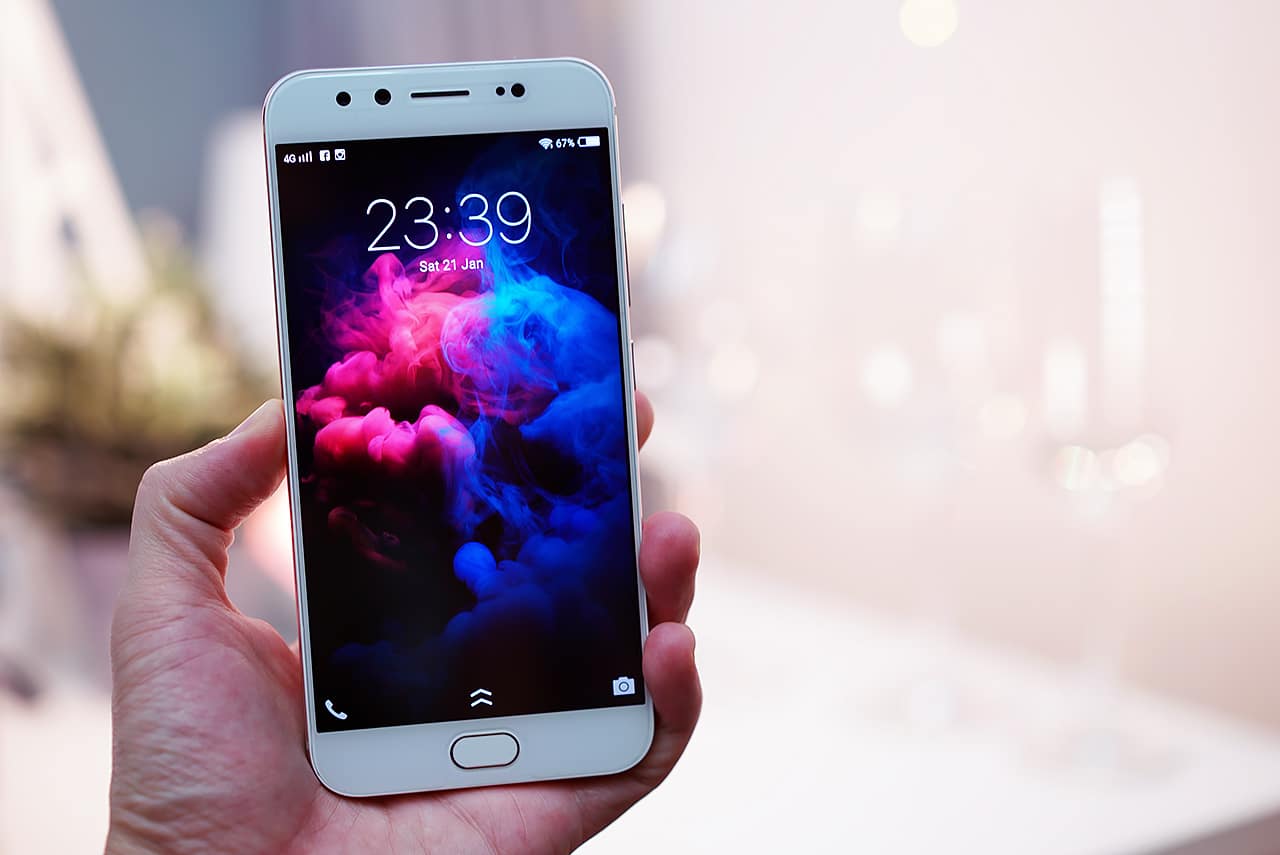 The Vivo V5 has a beautiful Full HD display and fits comfortably in the hands.

Is the Vivo V5 Plus your GadgetMatch?

Because they are so similar, it’s hard to justify spending an extra $150 to get the V5 Plus over the V5 even if the hardware improvements are very much welcome. The V5 Plus is everything the V5 should have been, except for its price tag.

That’s not to say the V5 Plus is overpriced. For what it’s worth it a solid mid-range smartphone, one that’s a great value for your money. Plus (pun intended) if selfies are very important to you, you’d be hard pressed to find a better phone today.