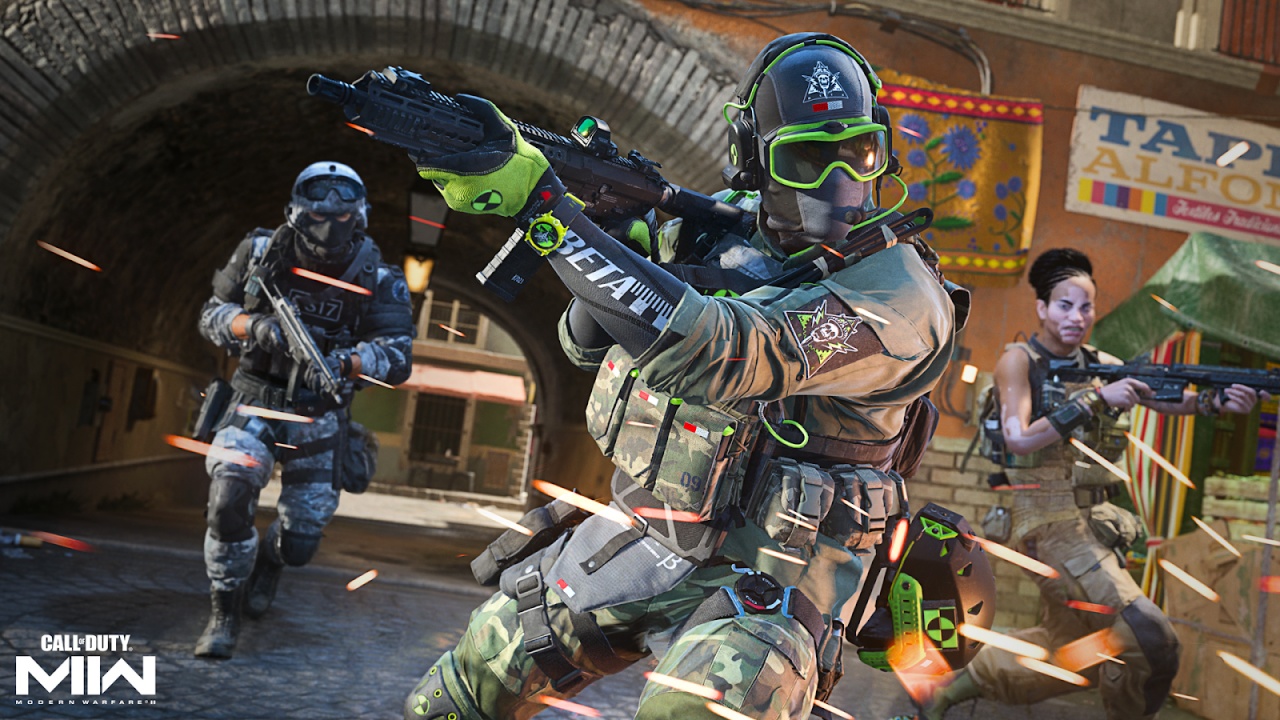 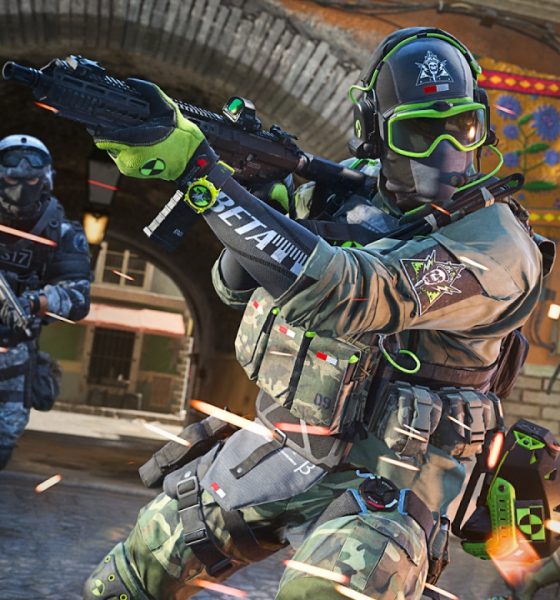 Here’s a deep dive into the improvements. These surely will get players well acquainted ahead of the launch on October 28, 2022.

One of the most significant improvements in Modern Warfare II is how the water-based combat has received technological advancements.

Action now happens above, on, and in water. The water physics captures the currents and rapids in rivers and large waves in oceans; the water conditions may vary from clean, murky, to even polluted with debris. As for vehicles, they can be driven into or on top of water.

These updates allow players to work around the water and use them as an escape or include them in their strategy. 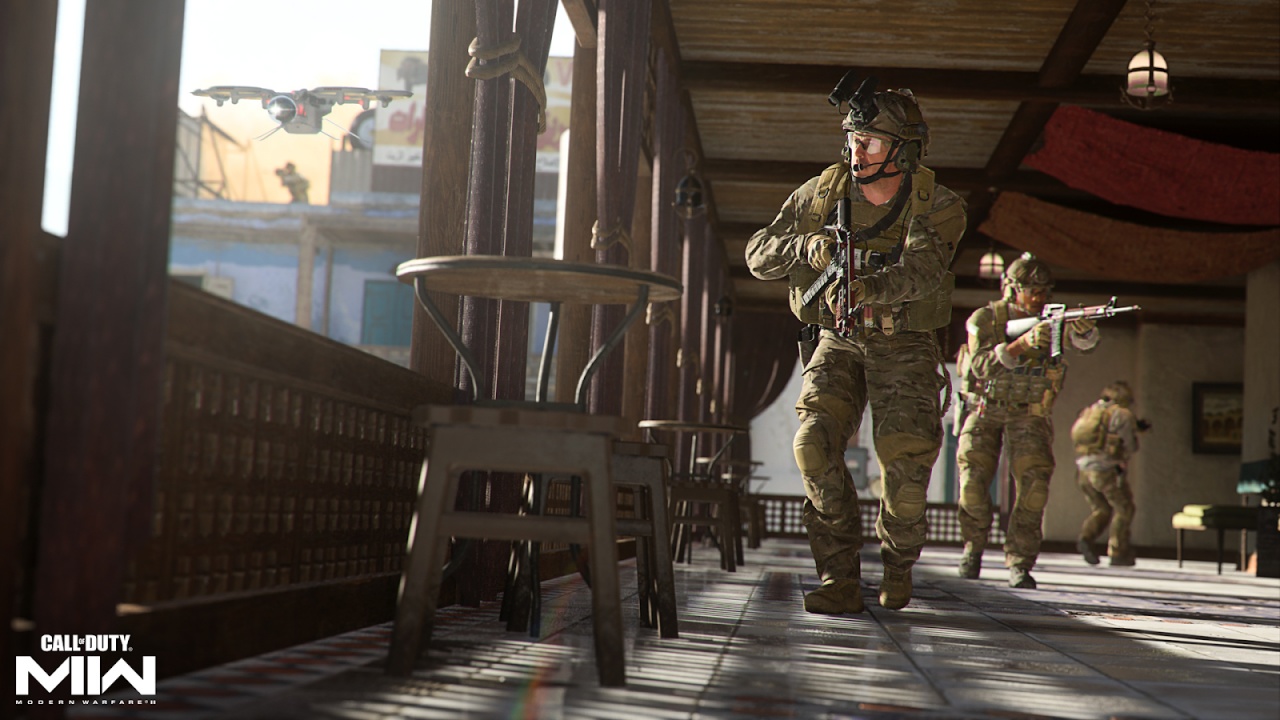 Now, characters can Slide or Dive to the floor, depending on running speed. The new Dive occurs from a Tactical Sprint into a Crouch.

The Ledge Hang aids in vertical maneuvering as a natural progression from Climb or Mantle. Developers are also exploring the possibility of being able to pull up a pistol from a Ledge Hang.

For now, you can now Ledge Hang and Mantle out of a parachute descent. 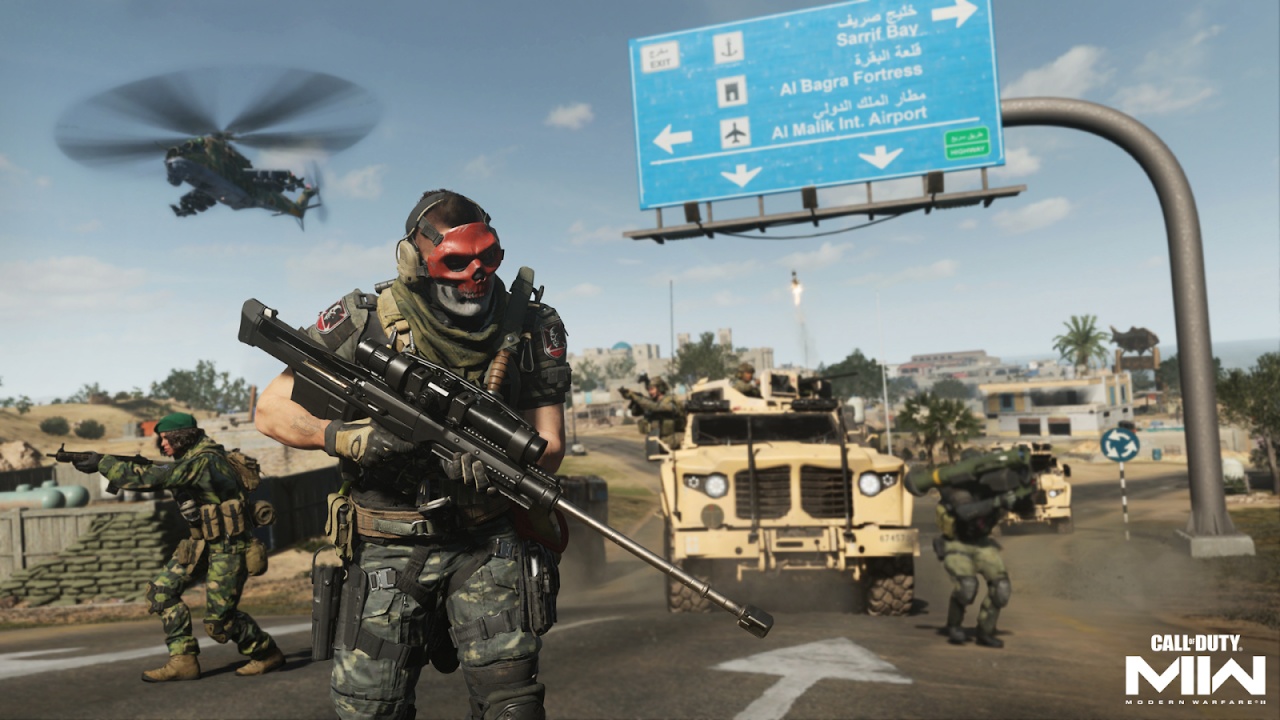 For this aspect, Infinity Ward focused on more dynamic destruction and action-oriented maneuvers, particularly on the new vehicles.

Among new moves that one can be capable of executing are:

The roster of all-new vehicles includes nine land-based ones, such as hatchback cars, SUVs, cargo trucks, and heavy tanks. Players may also take the Light Helo and Heavy Chopper airborne, or the Rigid Inflatable Boat and Armored Patrol Boat in the waters. 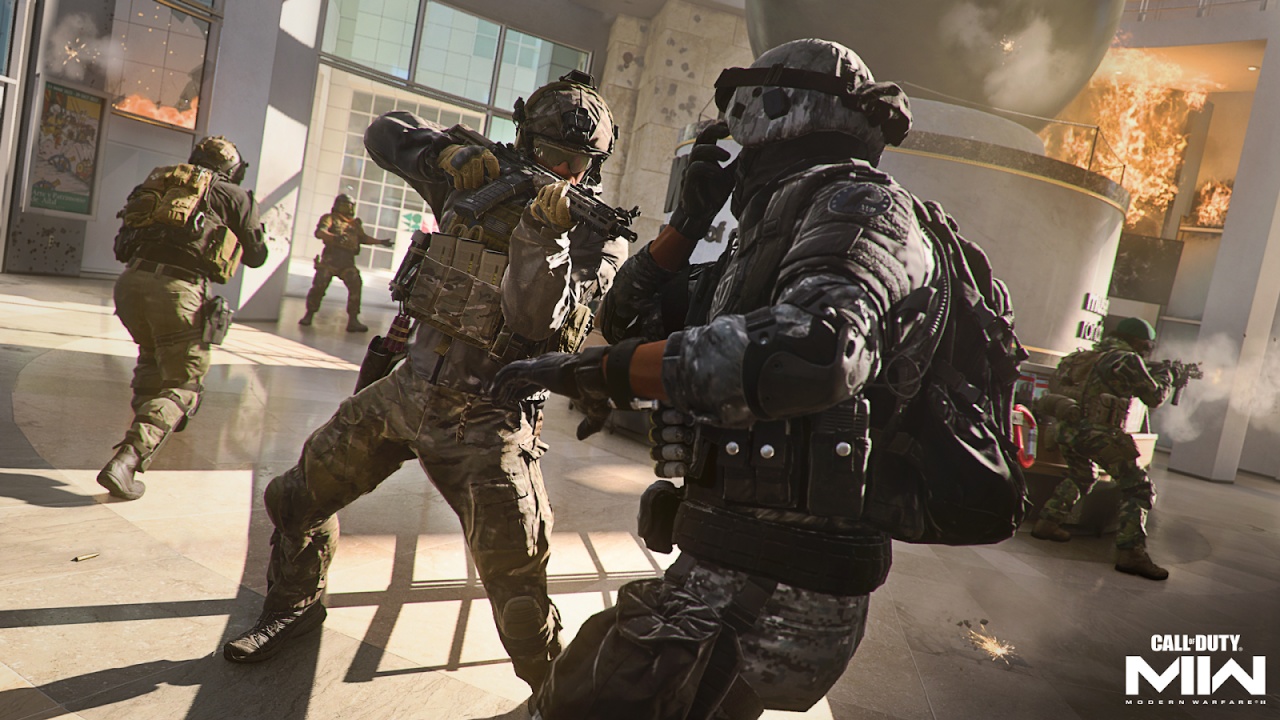 More unique options have also been introduced to Tactical Equipment and Field Upgrades:

Aside from these, Perk Packages which consist of two base plus a Bonus and Ultimate which are earned during a multiplayer match at the 4- and 8- minute marks in non-round based modes may be utilized. 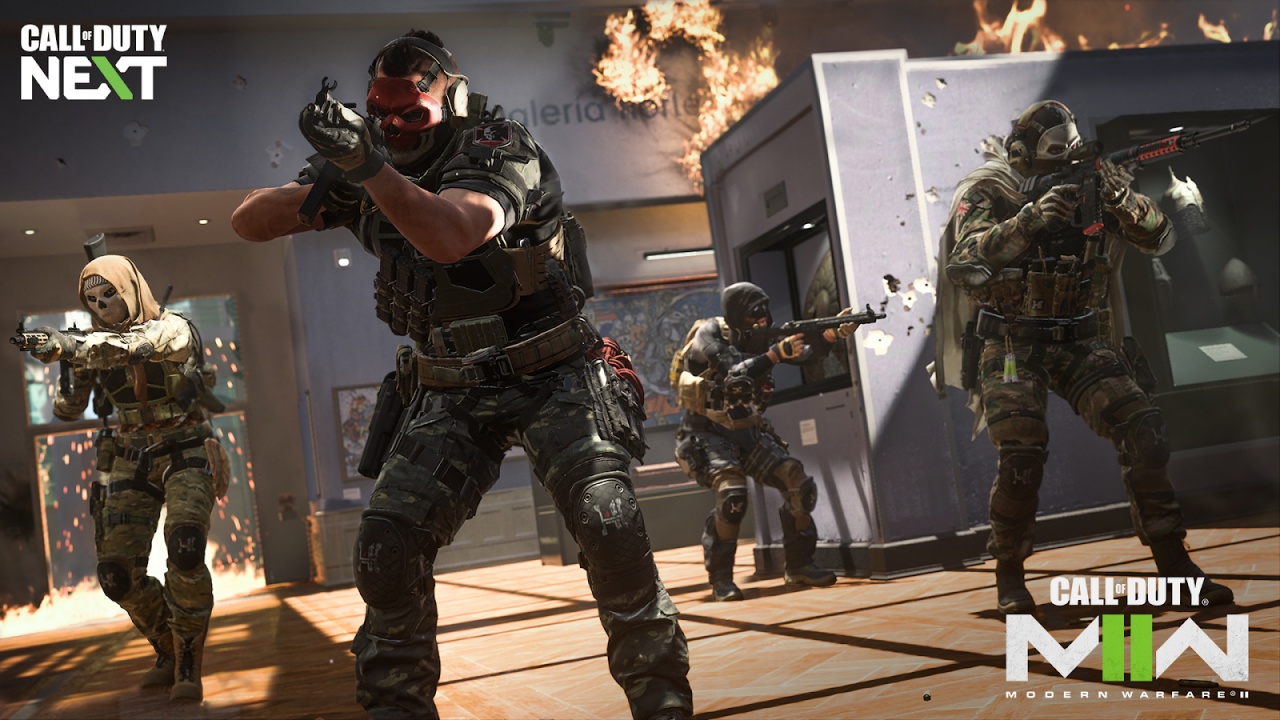 With Modern Warfare II, Gunsmith weapon customization also receives enhancements. Unlike in the preceding Modern Warfare where every weapon is a separate family within Gunsmith, weapons are now grouped into “Platforms” for more control over the weaponry brought into matches.

Here’s how it works:

For example, the Open Beta Weapons Platform for the M4 unlocks the base M4 AR, as well as four Receivers. The additional M4 receivers will be unlocked later on. These are the M16, 556 Icarus LMG, FTac Racon Battle Rifle, and FSS Hurricane SMG.

Change the Receiver and you’ll build a weapon with different capabilities, like an AR, LMG, Battle Rifle, or SMG.

In the Vault Edition of the game, the FJX Cinder Weapon Vault which is free to use is an entirely unlocked Weapons Platform – with every attachment unlocked and ready to use. This is the Ultimate Weapon Blueprint which allows for immediate customization. 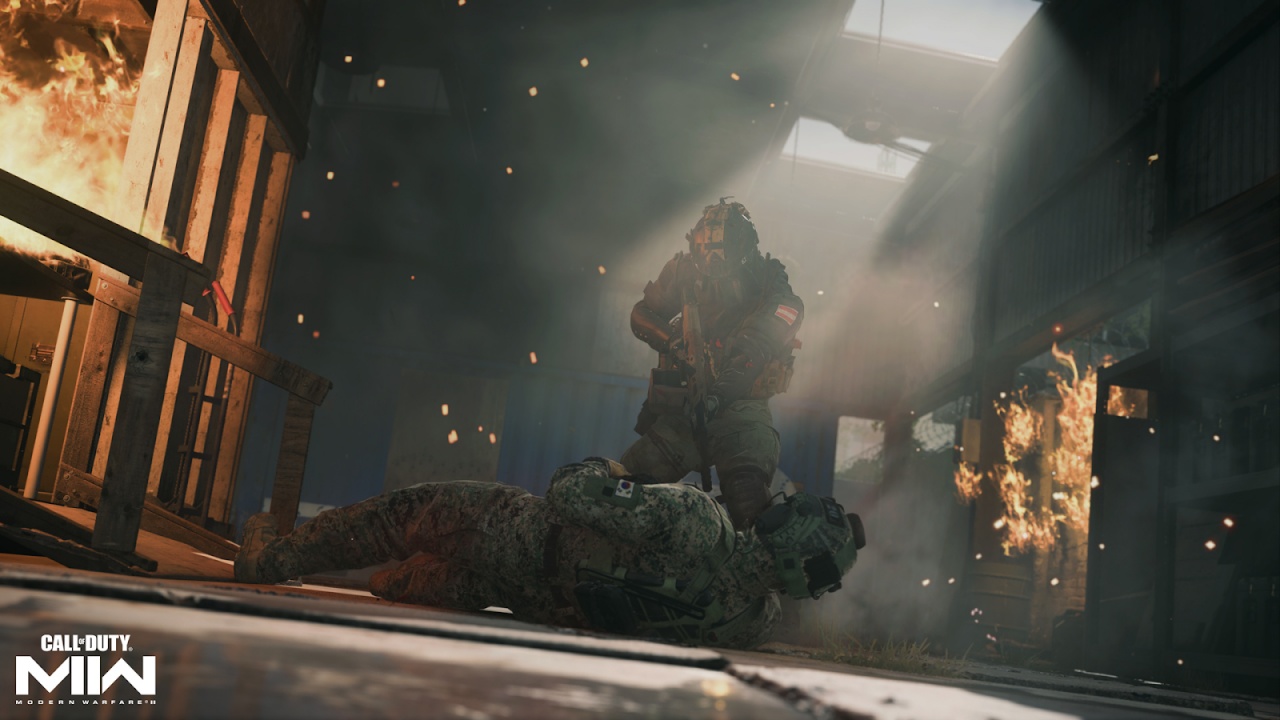 Lastly, a more refined design across MP maps and modes could also be seen particularly in the Battle Maps (up to 32v32) and Core Maps (6v6).

Knockout Mode takes elements from the 2v2 Gunfight and the final circle action within Warzone. Here, players eliminate opposing forces or hold the package to win – without respawns.

In Prisoner Rescue, players will have to locate hostages and get them out alive while defending them. All Players may also switch to a third-person perspective across the multiplayer and specific modes.

Meanwhile, the chaotic Invasion mode is a mayhem deathmatch. It’s a mix of players and AI fighting alongside and against each other. It can be condensed to as simple as eliminate or be eliminated.

Additionally, Special Ops has been brought back, giving players even more exciting things to look forward to.

Players who pre-order the Modern Warfare II through the PlayStation store will receive an exclusive operator at launch: Hiro “Oni” Watanabe, who will be playable in both Modern Warfare II and Call of Duty: Warzone 2.0.