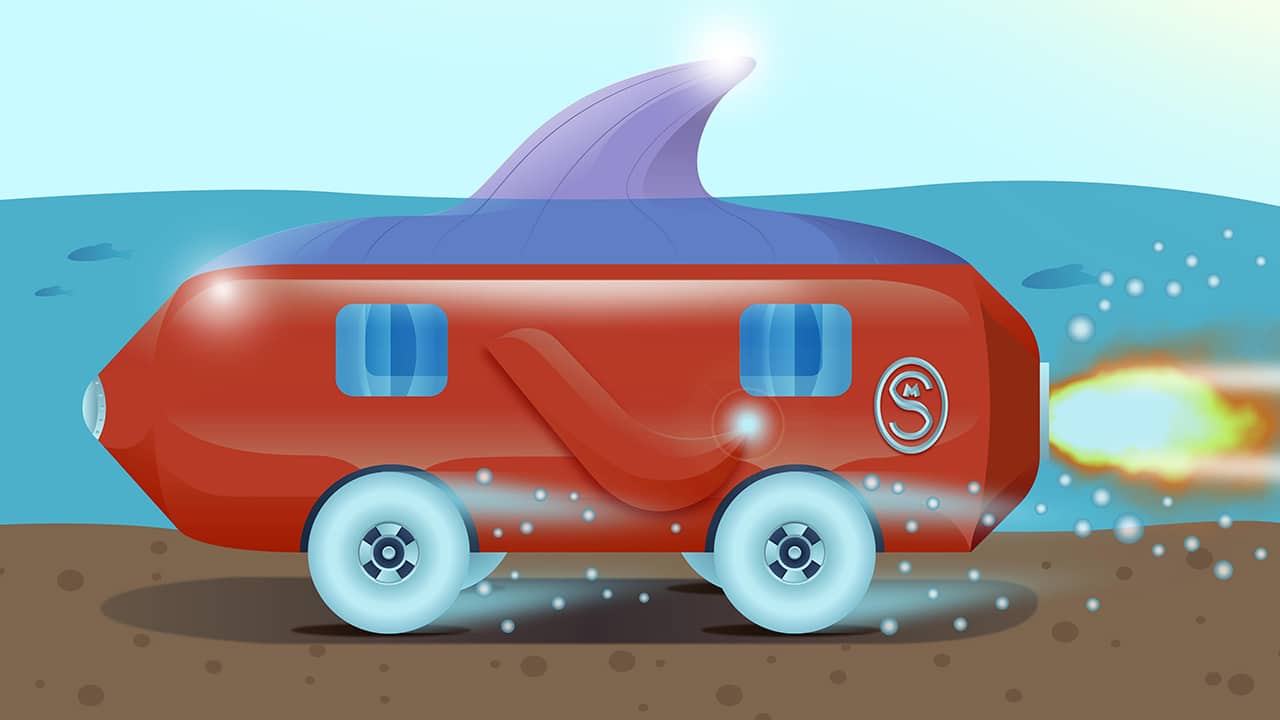 We’ve seen concepts of cars that look out of this world. Just recently, Nissan introduced its X-Motion SUV with an interior that’s unconventional. Fisker also released its luxury vehicle with Butterfly Doors and Toyota has an alien-looking concept introduced last year.

These are all carefully planned and a lot of thought was put into them. But what if kids were to design how cars would look like in the future?

GoCompare, a car insurance comparison company based in Wales, did just this. They asked a number of school children to imagine and draw what the cars of the future might look like. The drawings were handed over to an illustrator which then gave life to their drawings.

Check them out below:

I especially like the Mega Alset which is designed as a hydroelectric vehicle featuring a super cool rocket. Joel made the glass windows flexible to prevent it from shattering and a voice recognition system is on board. Most importantly, it has a funky shark fin so it can drift through water with ease.

You’ll see the creativity of the kids as some didn’t just concentrate on the design, but also on the functions. Some fly to avoid traffic jams, while others function as homes so you can just relax while traveling.

Which is your favorite? And if you could design one, what features would you throw in?