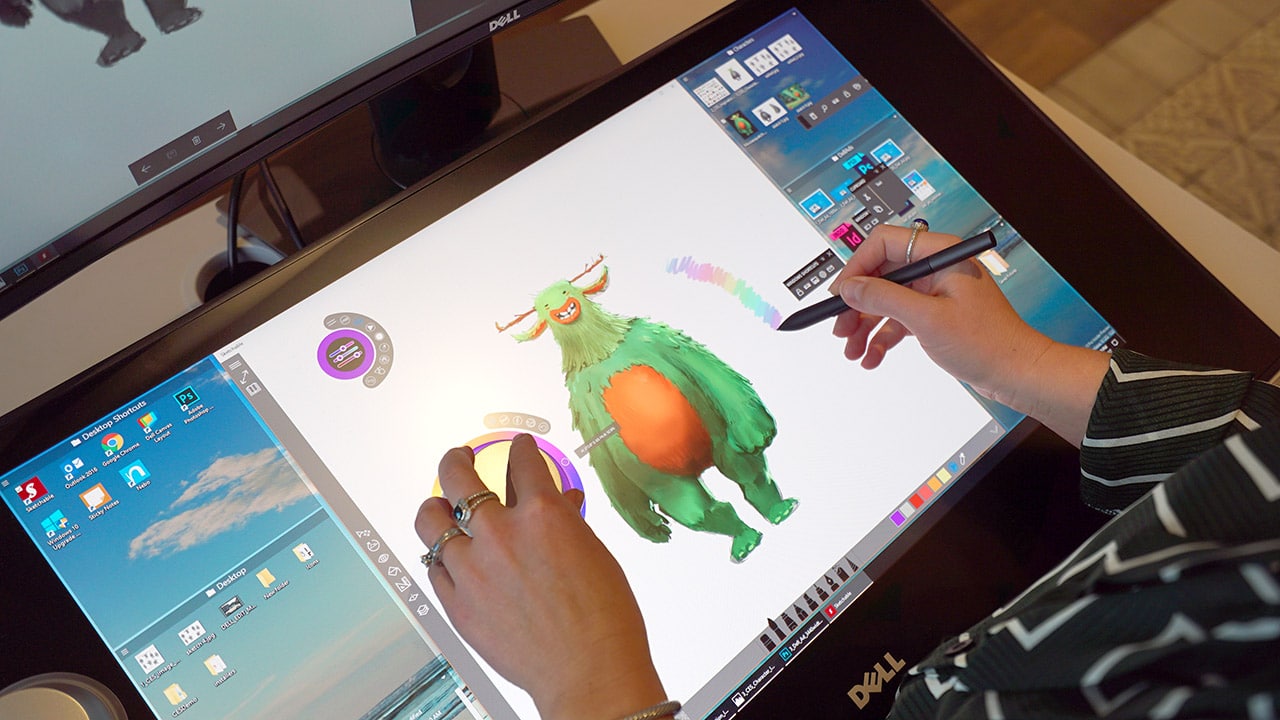 Newly launched products at CES have this thing that makes every gadget we own suddenly look like outdated junk. We’ve seen several of those already, and the Dell Canvas is the latest piece of high-tech hardware to do so.

Dell calls it a smart 27-inch workspace that can be laid flat on a desk, but calling it a massive tablet is fine, too. It comes with a stylus pen and this input device called a Totem, which can be placed on the screen and rotated for additional functions. 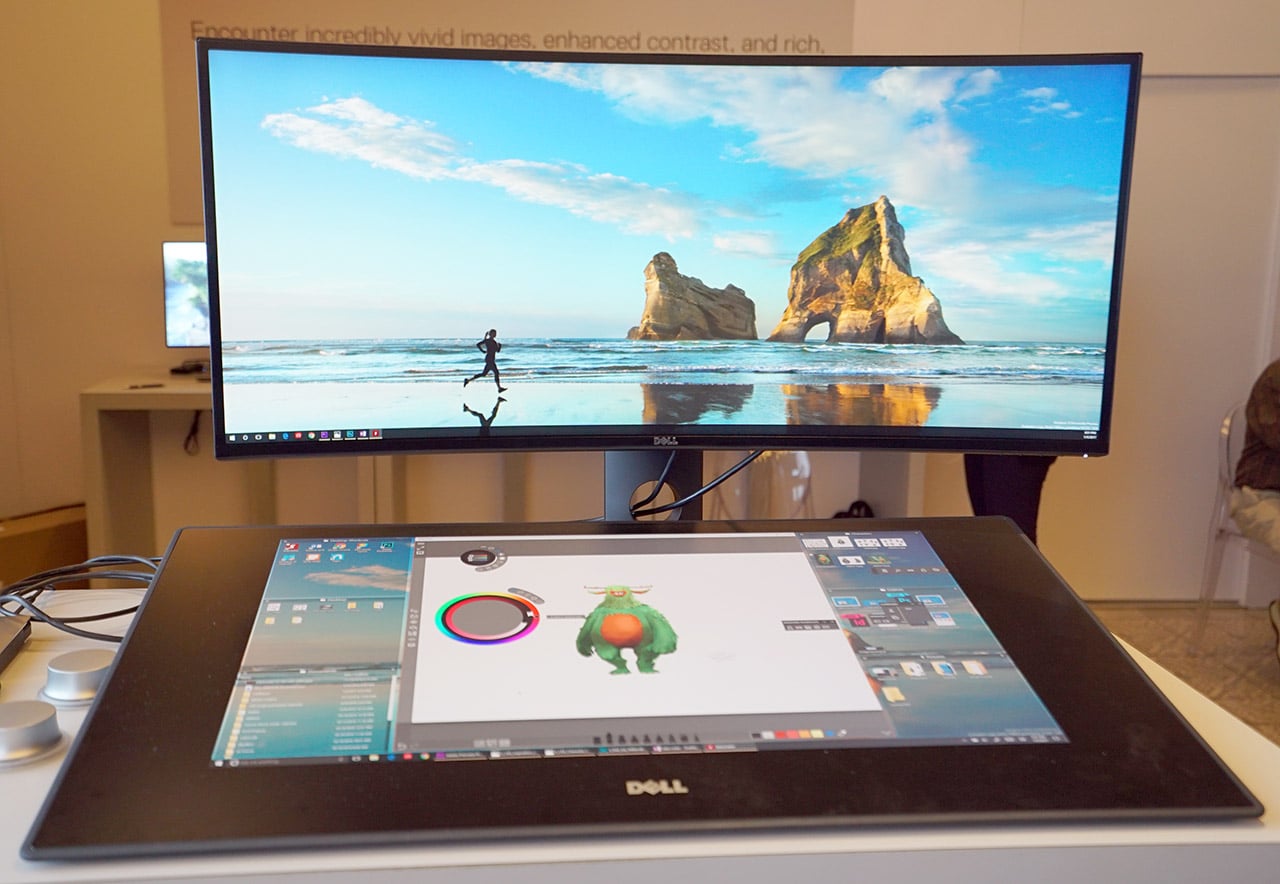 The Canvas is clearly designed for creative professionals who need a large touchscreen monitor for animation and graphic design. One drawback, however, is the puny Quad HD 2560 x 1440 resolution; you can find that pixel density in 5.5-inch smartphones.

If you’re thinking it’s a lot like the Microsoft Surface Studio launched last October, you shouldn’t. While Microsoft’s workspace is a fully functional PC on its own, the Canvas needs a separate computer to work. 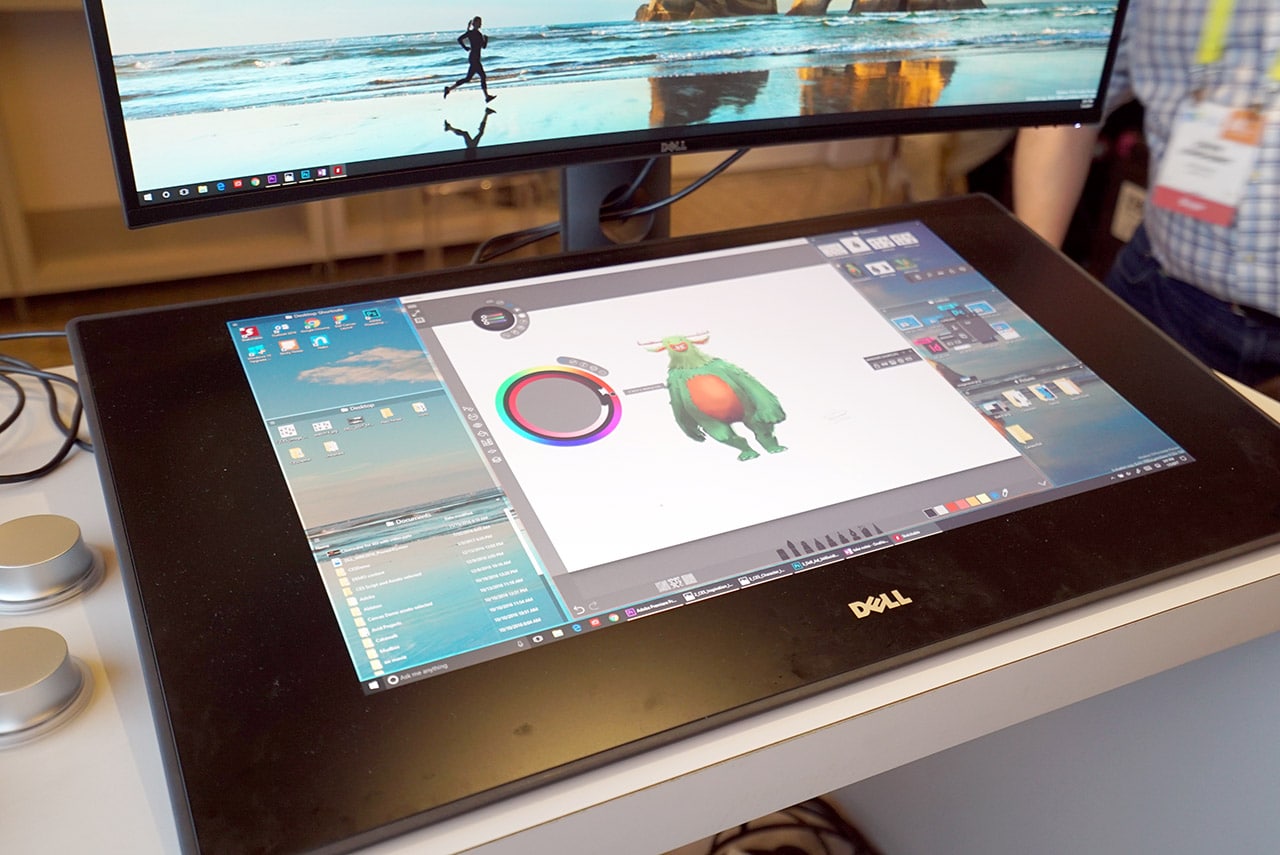 Dell hasn’t revealed what kind of rig you’ll need to properly handle the Canvas’ inputs. Since it’s technically just a large drawing tablet, we can assume any decent graphics card and processor released in the past two years should be enough.

That may seem like a step back, but this actually brings down the Canvas’ price to only $1,799. Add a decent desktop PC to it, and you have a complete professional setup costing less than the $3000 Surface Studio.

Pre-orders will begin in March, and official availability starts in April. 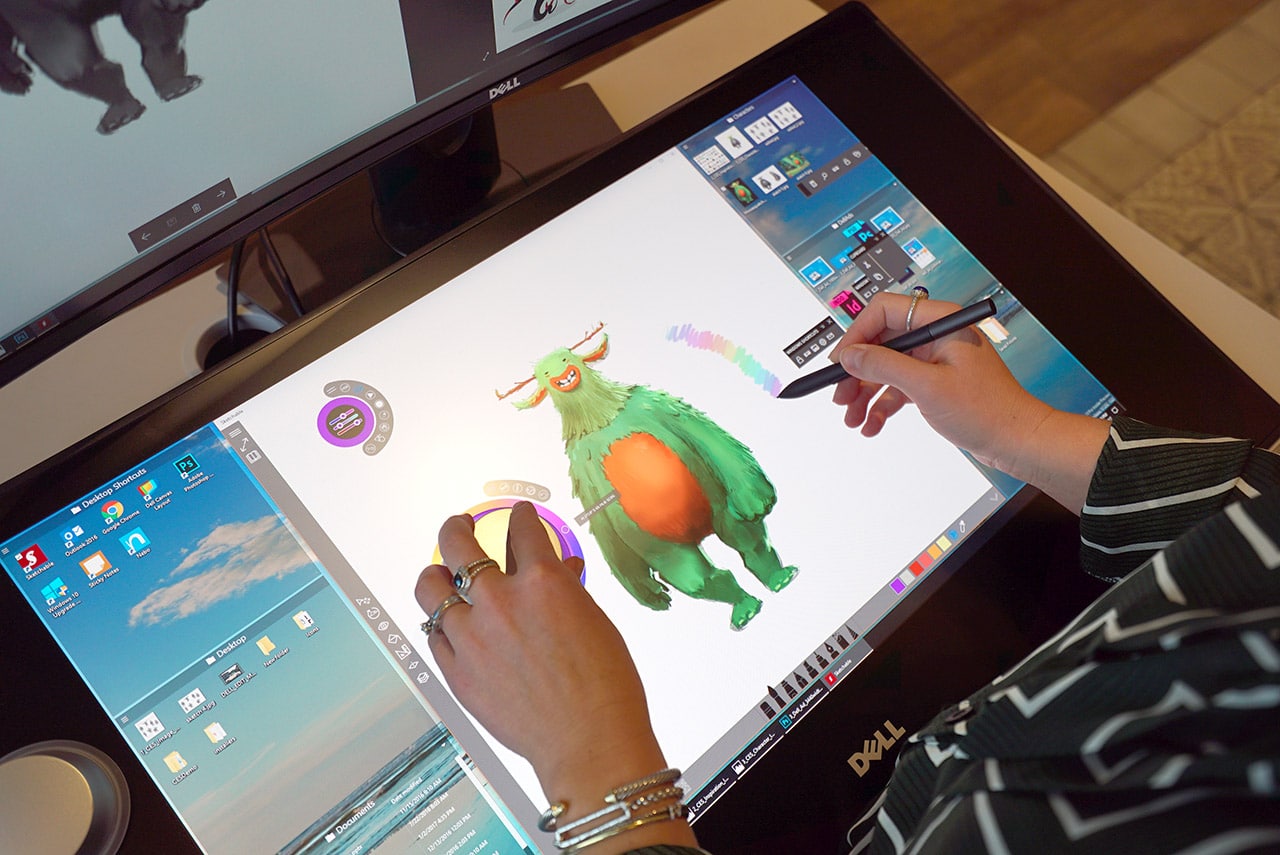