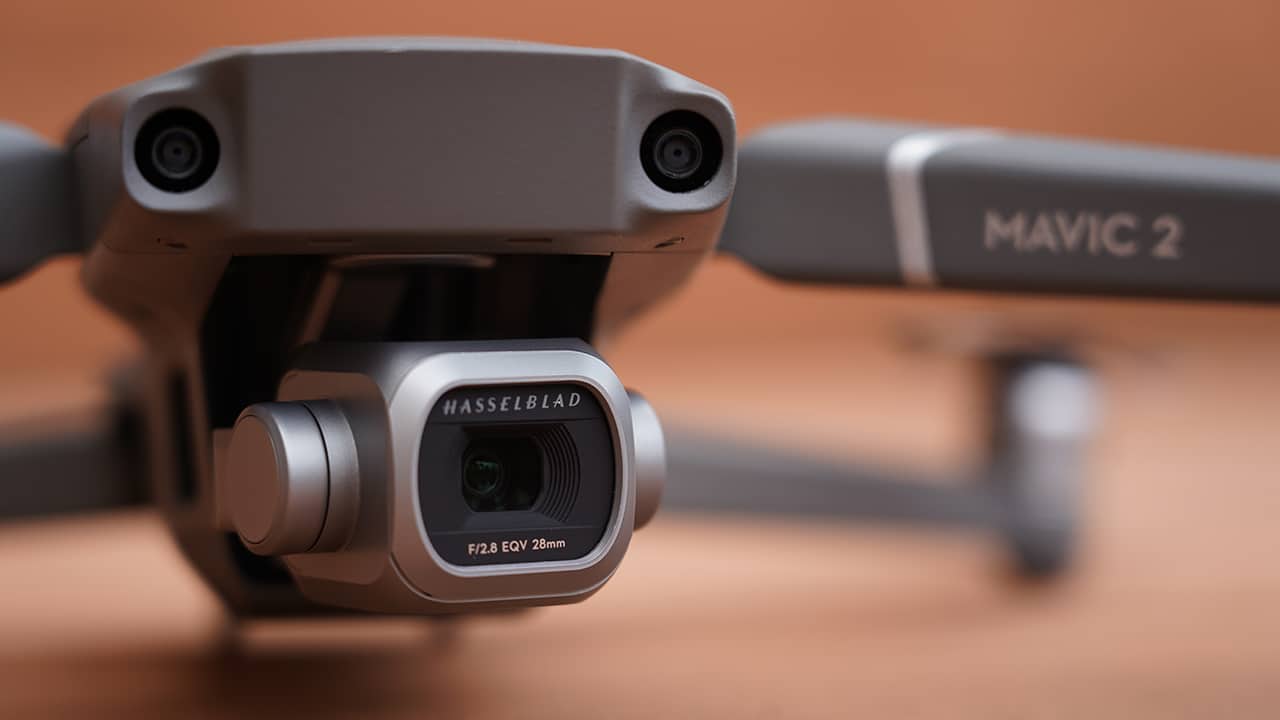 Less than a month from its official announcement, DJI’s Mavic 2 Zoom and Mavic 2 Pro have officially arrived in the Philippines through ICT company MSI-ECS. These drones offer the latest technologies seen in a quadcopter and aim to bring aerial videography to new heights. 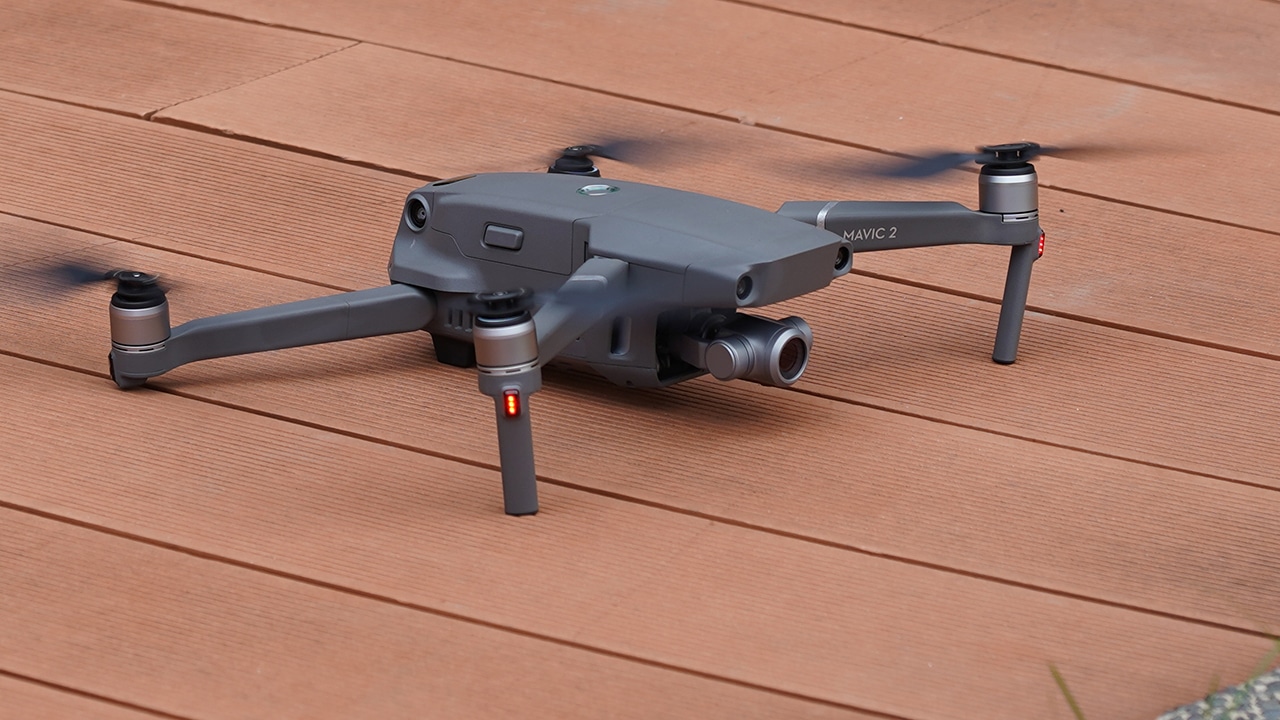 As a quick recap, both new drones shoot 4K video at up to 100 megabits per second — meaning it can capture high-quality footage. DJI also equipped the Mavic 2 with its own 8GB internal storage in case you forget your memory cards at home. They have more sensors for obstacle avoidance and boast improved battery life (31 minutes versus the older 27 minutes). They’re also a lot quieter than previous models. 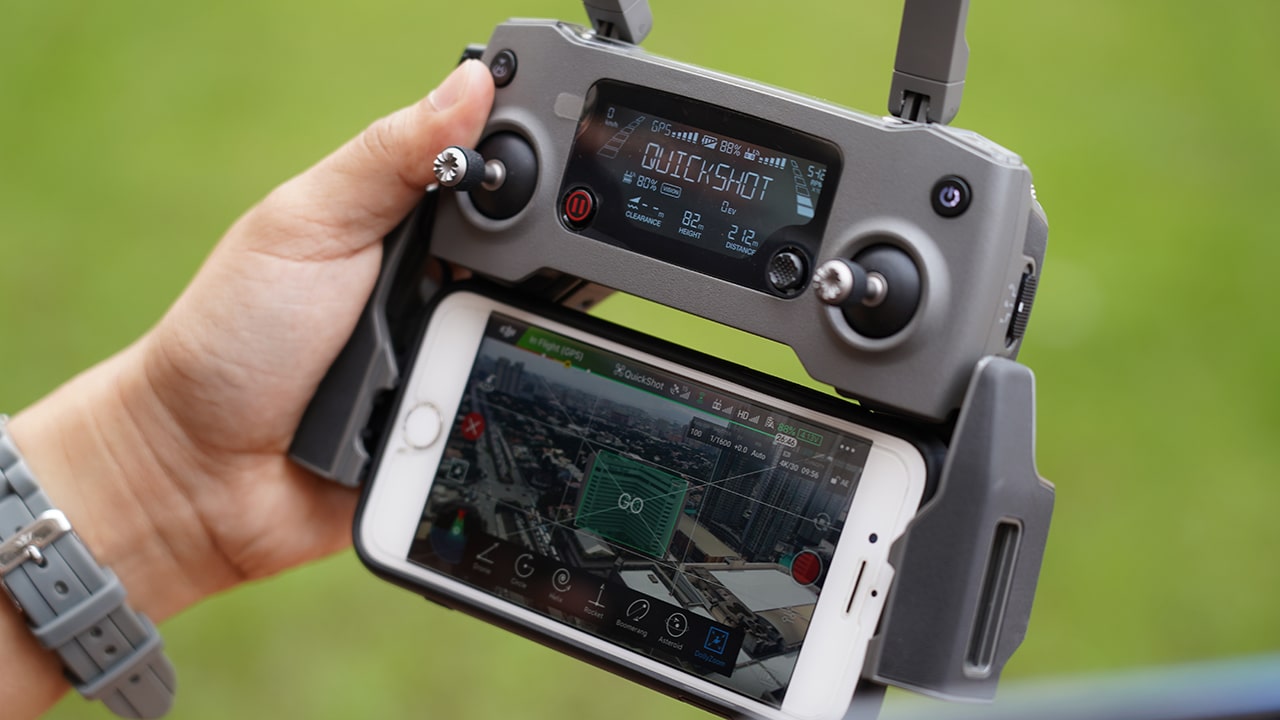 The Mavic 2 Zoom is the world’s first foldable consumer drone with optical zoom capabilities. This way, you can get up close to your subject (like wildlife, for example) while maintaining your distance, so you won’t disturb them in their habitat.

It can also perform a dolly zoom by flying backward while zooming in. This produces a vertigo effect that renowned filmmakers use in movies.

On the other hand, the Mavic 2 Pro is the first drone with a camera co-engineered with Hasselblad — a leading brand in medium format photography. It carries a 1-inch CMOS sensor with a 10-bit Dlog-M color profile which translates to a professional-grade image with a lot of tweaking possibilities during post-production. 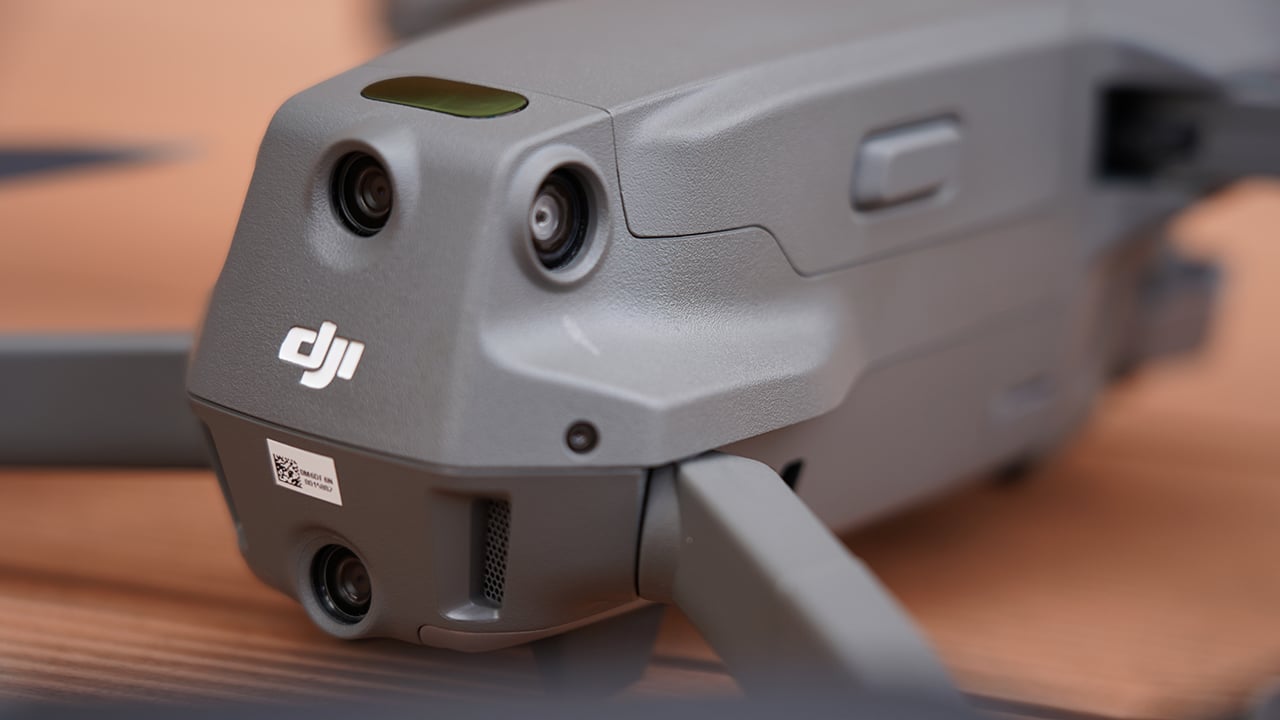 The Mavic 2 Pro shoots 20-megapixel photos and 4K UHD videos, has support for 4K 10-bit HDR, and can switch between f/2.8 to f/11 apertures depending on the lighting condition. Think of it as your professional aerial equipment that folds up and can fit inside a small bag. 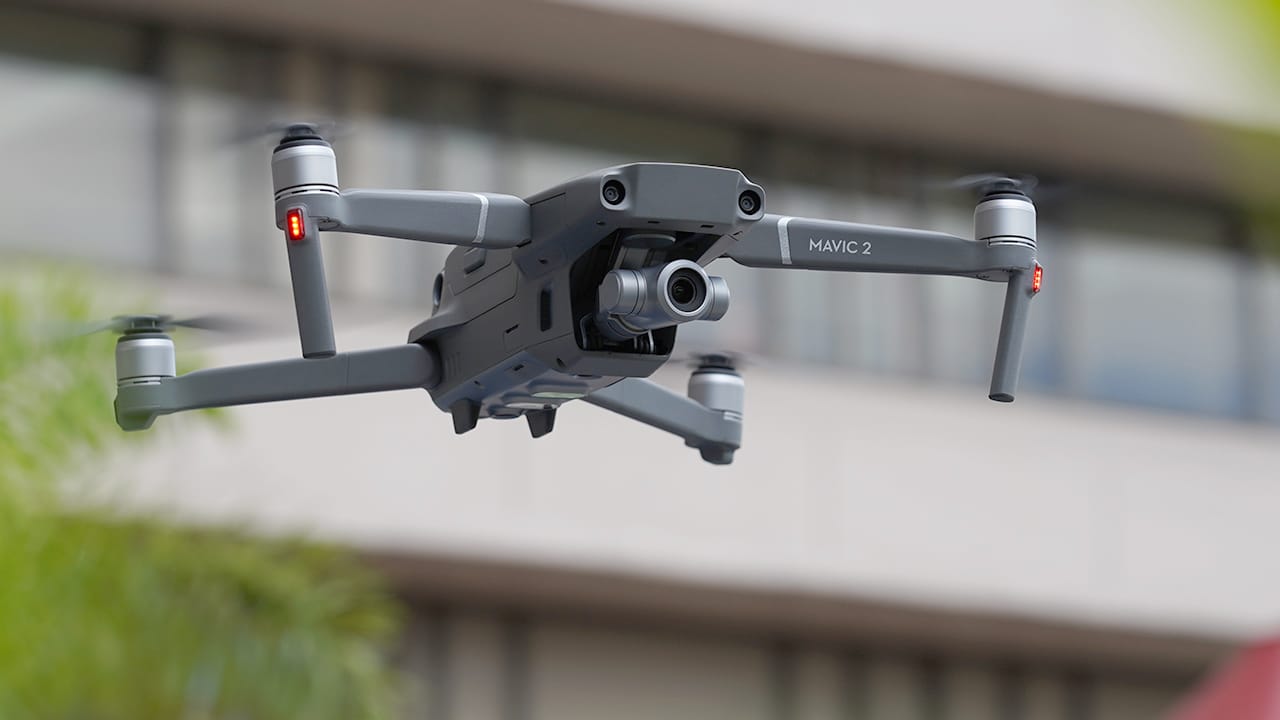 Pricing in the Philippines will start at PhP 76,300 for the Mavic 2 Zoom and PhP 98,800 for the Mavic 2 Pro. Going for the Fly More bundle which includes extra batteries, propellers, and other accessories will come at an extra cost just like the previous iteration. 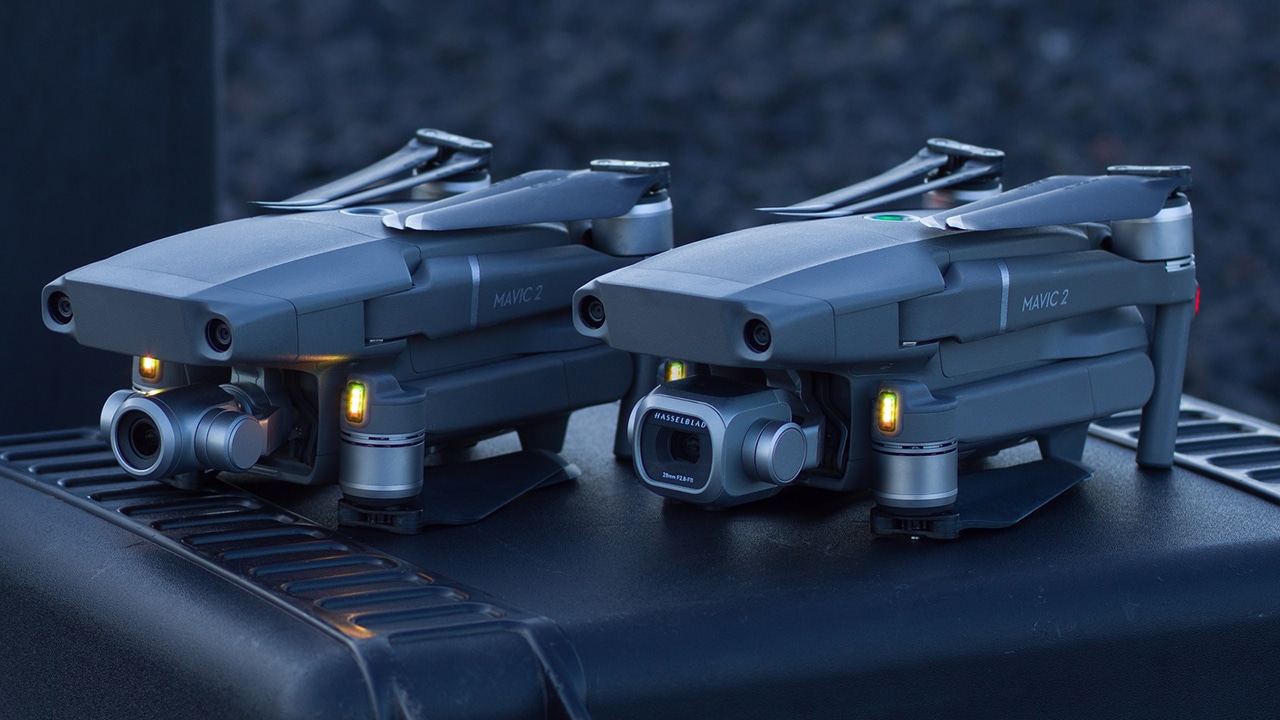 The release of DJI’s Mavic Pro back in 2016 opened fresh opportunities for videographers as it was able to combine professional-grade output with portability — two elements that usually don’t go together in the filming world.

There have been other iterations that followed suit; mostly improving image quality and making the blades quieter. Although after two years, a fitting follow-up has been released. They come in two forms: the Mavic 2 Pro and Mavic 2 Zoom.

Apart from shooting 4K video at up to 100 megabits per second, these two models now have a built-in storage of 8GB and are, of course, expandable via a microSD slot. They are equipped with more sensors than the first generation for more accurate obstacle avoidance and have improved battery life (31 minutes versus the older 27 minutes).

The drones also have new tricks up their sleeves in the form of intelligent features. One feature to look forward to is Hyperlapse. You can choose from among its different modes like Free, Circle, or Course Lock and you’ll be able to capture a cool time-lapse (as seen above) ready for sharing on different platforms.

The Mavic 2 Pro is proud to hold the title as the world’s first drone with a camera co-engineered with Hasselblad, which is the leading brand in medium format photography. 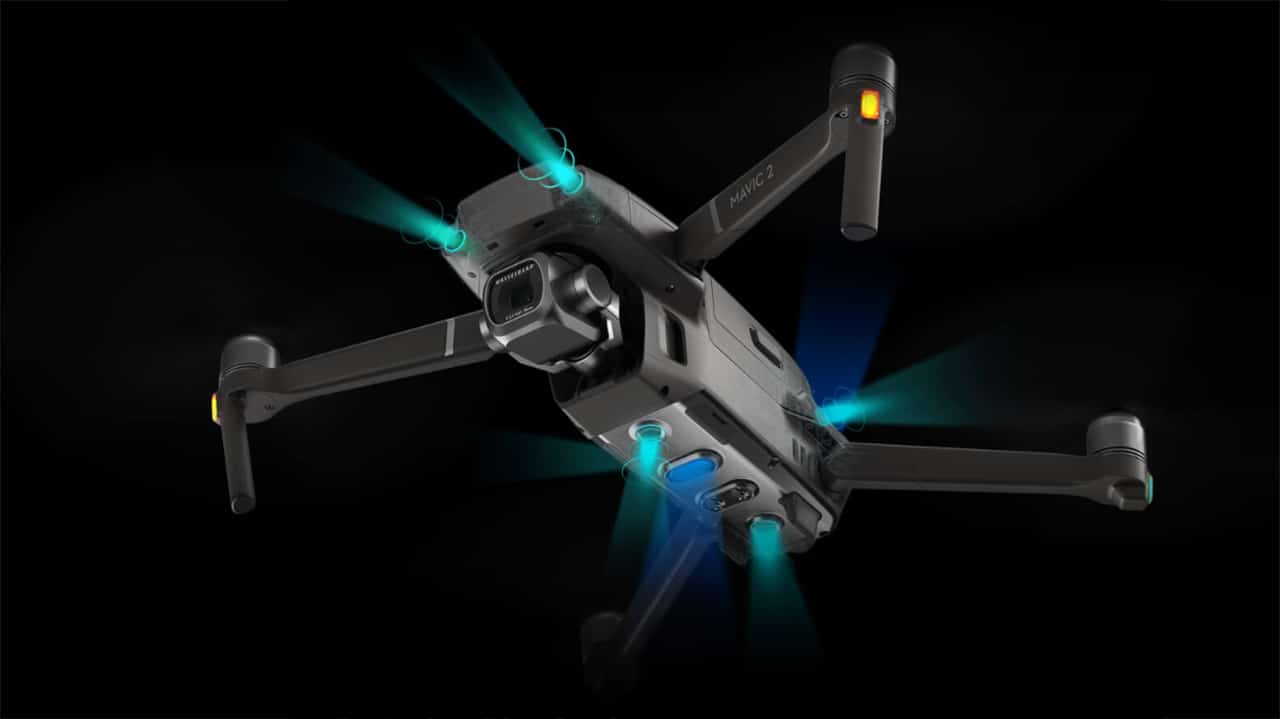 For a more detailed look, it carries a 1-inch CMOS sensor with a 10-bit Dlog-M color profile and with that tandem, DJI claims it can capture four times as many levels of color per channel compared to its predecessor. The new drone can shoot photos and videos with a promise of churning out utmost color accuracy thanks to Hasselblad’s Natural Color Solution technology.

It shoots 20-megapixel photos and 4K UHD videos, has support for 4K 10-bit HDR, and can switch between f/2.8 to f/11 apertures depending on the lighting condition. Think of it as your professional aerial equipment that folds up and can fit inside a small bag.

On the other hand, the Mavic 2 Zoom sports a smaller 1/2.3-inch CMOS sensor but is the world’s first foldable consumer drone with optical zoom capabilities. This was made possible by combining two times optical zoom (24-48mm) with two times digital zoom to simulate a 96mm telephoto lens.

It only shoots 12-megapixel photos like the first Mavic Pro, but it has a fresh new feature called Super Resolution that we’ve seen in smartphones. It captures and stitches nine photos to produce a detailed 48-megapixel image.

If that still doesn’t impress you, one feature exclusive to the Mavic 2 Zoom is the Dolly Zoom mode. It basically creates a vertigo effect that filmmaker Alfred Hitchcock popularized.