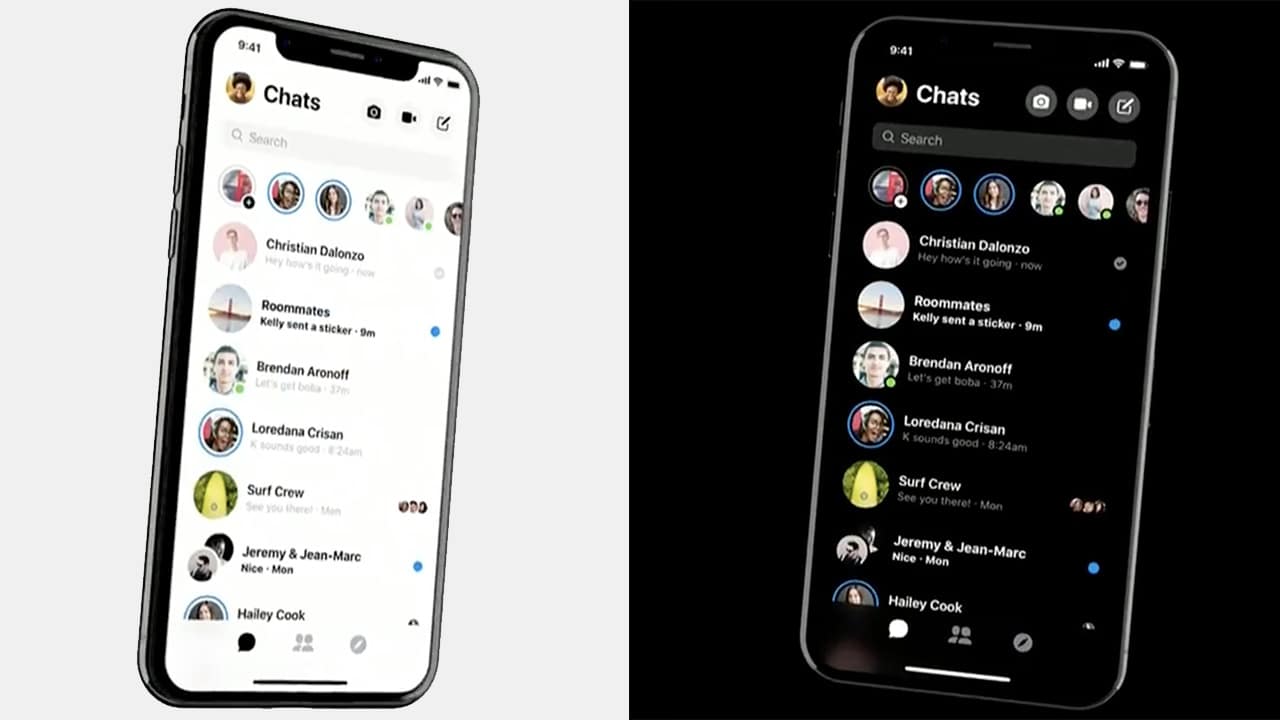 Facebook Messenger in light and dark mode | Image from The Verge

Yesterday, Facebook CEO Mark Zuckerberg announced that they’re adding something new to Facebook which is a feature focused on dating. The social media giant simply won’t stop introducing new features to keep users online, but Messenger is having the opposite experience.

Facebook is giving its messaging app a design overhaul with a promise to make it simpler and cleaner. Basically, it’s going to be a straightforward messaging app like it was before, back to the days when it didn’t have exorbitant features like games.

The redesign, at least for the iOS version, will transform Messenger to an uncomplicated messaging app like before. The changes we were able to see at the keynote includes a simplified bottom navigation bar to quickly jump to your messages and contacts. Icons for the camera and video chat remain present, but they are now at the upper-right corner of the app.

Those with phones with OLED displays will be happy to know that the refreshed app will have a dark mode.

“When you’re messaging, you really want a simple and fast experience” — Mark Zuckerberg

Zuckerberg puts emphasis on having a “clean” and “fast” Messenger in the coming months once the redesign becomes available to every user. David Marcus, Vice President for Messenger, said that the refreshed app is coming very soon.