Huawei, it seems, is really into making premium phones now. Fresh off giving the world the Google Nexus 6P and Huawei Mate 8, the leading smartphone brand in China and number 3 worldwide, having shipped more than 100 million phones in 2015, has unveiled yet another high-priced product in the 5.2-inch P9 and 5.5-inch P9 Plus.

Whereas the Nexus 6P and Mate 8 were all about providing a speedy user experience and pushing the limits of screen size in somewhat manageable form factors, the P9 series’ most marketable quality can be found around the back. To be clear, that’s not to say the P9 and P9 Plus lag behind the curve, or other phones in Huawei’s portfolio for that matter (but we’ll get to this shortly).

A pair of 12-megapixel, Leica-certified cameras sit flush on the back of the P9 and P9 Plus, and Huawei is confident that you’re going to want to use them as soon as you get your hands on its latest creations. 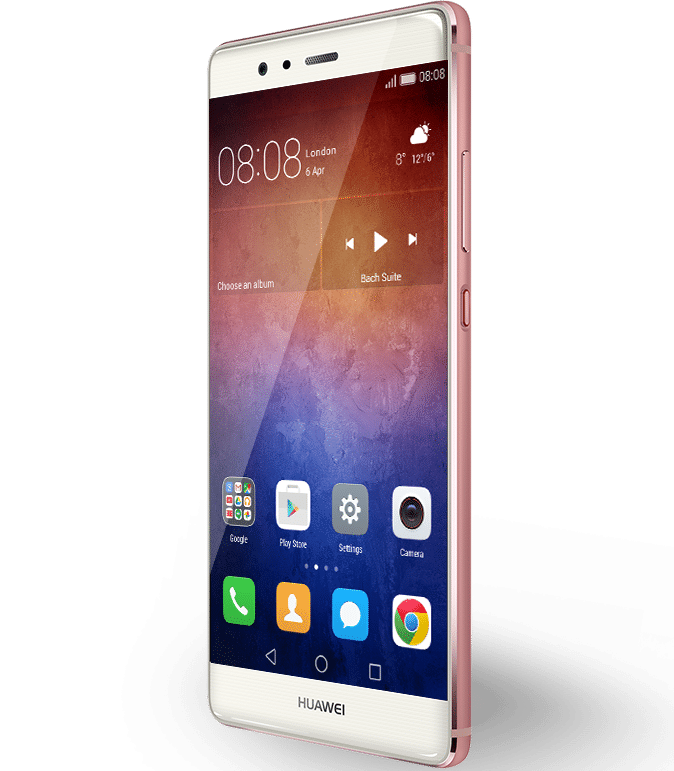 One of the rear cameras feature a monochrome sensor, while the other packs a traditional smartphone-camera sensor. When they work brilliantly together, just like the Wonder Twins from Superfriends, or for the younger crowd, Batman and Superman in the last act of Batman v. Superman, they’re supposed to produce brighter, clearer shots in low light.

Huawei says they can let in three times more light information and increase contrast by as much as 50 percent. And to that we say: Let’s leave it for consumers and experts in the tech community to determine whether or not the dual-camera setup is worth the money.

We do applaud Huawei’s efforts to try and get smartphones to do a better job of taking photographs where light is scarce. But adding another rear-facer and making the back of a very personal device look at you with horror, like you just plugged a 110-volt hair dryer into a 220-volt socket, isn’t what we had in mind. It certainly doesn’t help that the P9’s fingerprint sensor resembles an open mouth, thus completing the look of a shocked rear panel. 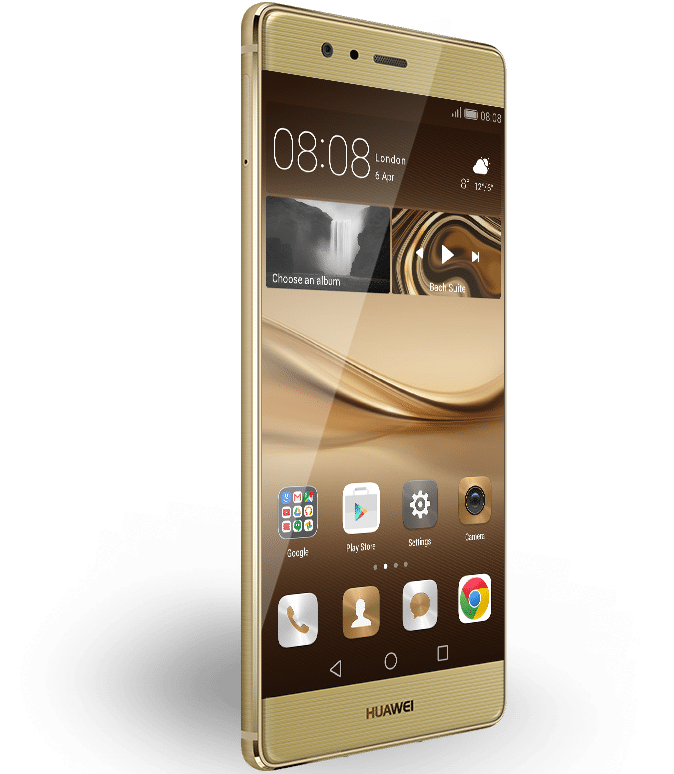 Huawei P9 Plus in gold

Huawei has also thrown in a laser autofocus module, two-tone flash, and optical image stabilization for less shaky photos and videos into the P9 range’s admittedly expansive set of photography-related features. For the selfie-obsessed youth, the 8-megapixel front camera should suffice.

The P9 and P9 Plus don’t skimp on computing power and memory options, either, with both phones sporting an in-house HiSilicon Kirin 955 chip — the fastest in a Huawei smartphone to date — with as much as 4GB of RAM and 64GB of expandable storage (for the higher-end P9 variant and P9 Plus).

The P9 has a 3,000mAh built-in battery, which is slightly less than the 3,400mAh cell packed into the back of the P9 Plus. But regardless of which P9 variant you go with, you’d be happy to know that there’s a USB Type-C connector with fast charging on the bottom of either handset.

The P9 and P9 Plus resemble last year’s P8, and to a lesser extent, the Nexus 6P, and the company says the phones make use of a metal unibody for a more cohesive and seamless construction.

They’re only 6.95mm thick and have bezels that measure 1.7mm, so Huawei continuing to build fairly compact handsets with big displays isn’t a trend that will likely fizzle out any time soon. A resolution bump to 1,440 x 2,560 pixels (from 1,080 x 1,920) would have been a welcome development, but unfortunately the P9 carries the same, full-resolution display as its predecessor.