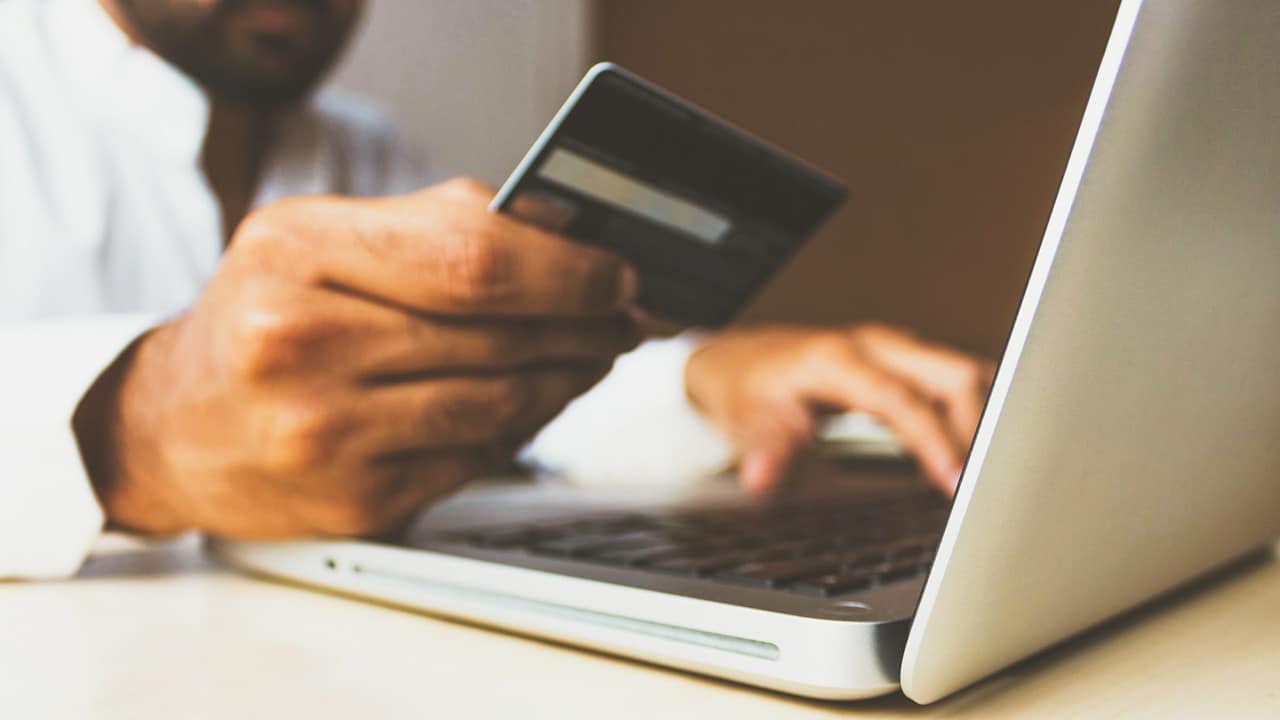 Lazada just had a blast with its 11.11 sale. This year’s sale sets new records for the online store company, with over 11 million deals from local and international brands sold to customers in the Philippines.

Lazada tallied one million sold items within the first hour of the 11.11 sale. One million users also shopped for various items on the website. By the end of the sale event, Lazada shoppers spent a total of 205 million minutes shopping on Lazada. That’s equivalent to watching a marathon of Harry Potter for 187,000 times. Filipinos also proved to be shopping-savvy, collecting up to PhP 170 million worth of vouchers during the sale. One person’s shopping cart even amounted to a whopping PhP 1.2 million. 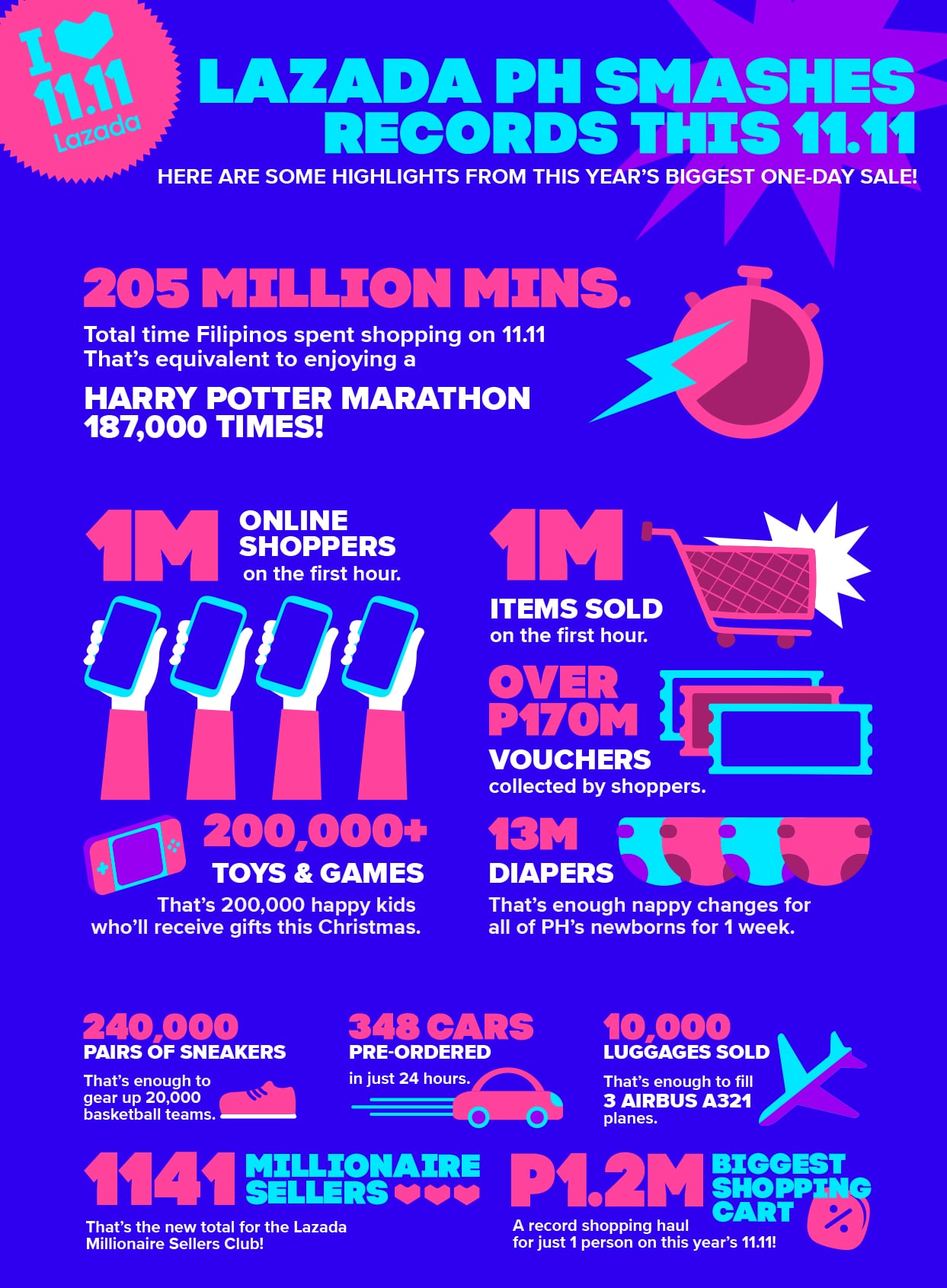 Dealers and sellers also set a record for increasing the membership of Lazada’s millionaire-seller league. The league, where sellers past a million peso sale mark earn membership, gained 1,140 new sellers because of the 11.11 sale.

Top brands in the 11.11 sale include Xiaomi for mobile category; CooCaa for home appliance; Pampers for mother’s care; Hydro Flask for general merchandise; Maybelline for health and beauty; and American Tourister for fashion. 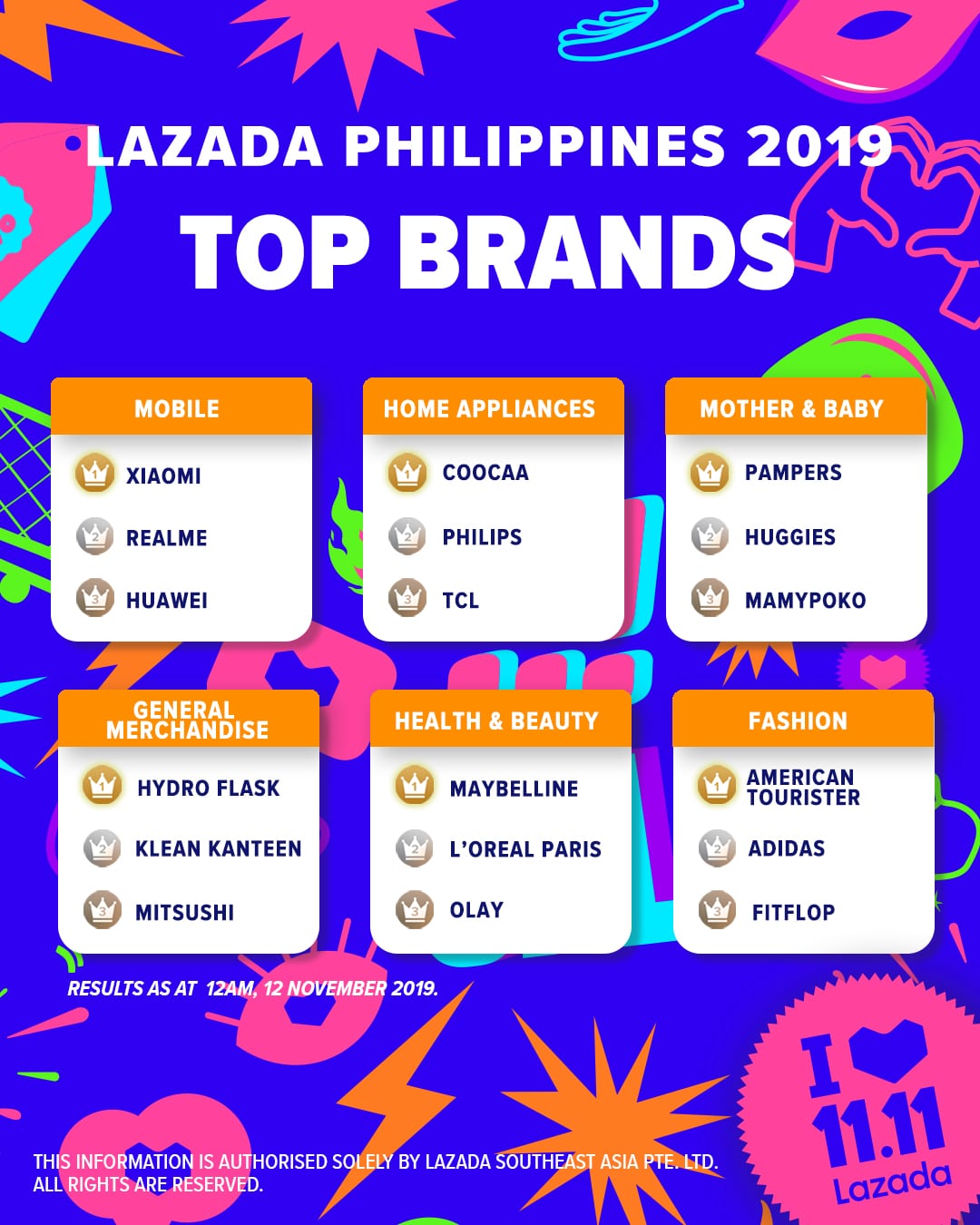 This year’s 11.11 sale proves that e-commerce is booming in the country. Globally, e-commerce is growing steadily, with China’s Singles’ Day event this year crossing the US$ 38 billion mark for total sales.