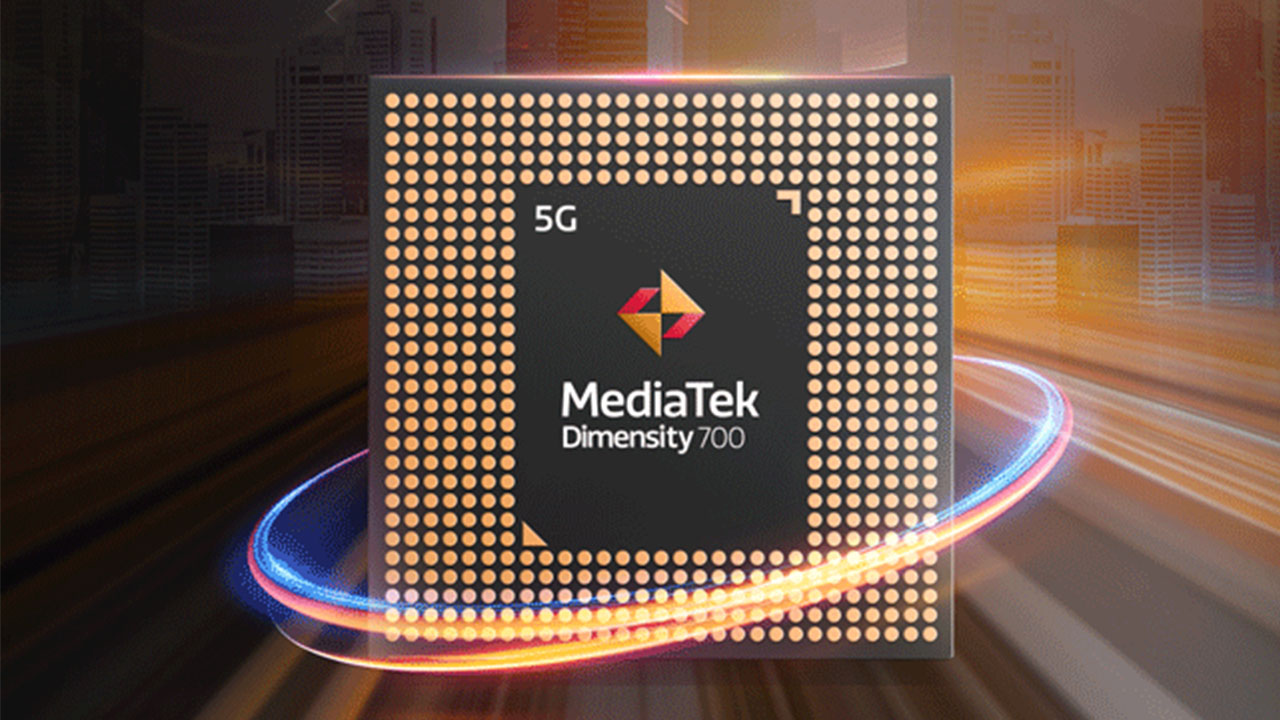 After this year, MediaTek’s Dimensity series will have created a varying population of chipsets for flagships and midrange offerings alike. Today, MediaTek is adding one more notch to its belt, announcing the new Dimensity 700, a 5G processor for budget-friendly phones.

Much like others in its lineup, the new Dimensity 700 comes with an arsenal of 5G connectivity options. The chipset includes 5G Carrier Aggregation, a new feature that ensures consistent 5G connections regardless of location. It can supposedly go up to 2.77Gbps in download speeds. Likewise, the 7nm SoC optimizes energy usage with MediaTek’s 5G UltraSave technologies.

As for performance, the octa-core processor integrates two Arm Cortex-A76 cores into its lithe frame, carrying the processor at up to 2.2GHz speeds. An upgrade over current standards, the Dimensity 700 can support 90Hz displays with up to FullHD+ resolutions. It can also support dual 5G SIMs. Users can also bring in their favored voice assistants to the system including Amazon and Google.

Supporting up to 64-megapixel sensors, the Dimensity 700 sports a gallery of camera-optimizing features including better noise reduction and low-light performance. It also has a capable AI engine that optimizes bokeh, color adjustment, and beautification.

Currently, smartphone makers have not officially announced models with the chipset yet. However, MediaTek is aiming the Dimensity 700 towards budget-friendly, mass market smartphones. When the first compatible smartphones do launch, MediaTek will have expanded into a lot of segments for the 5G generation.