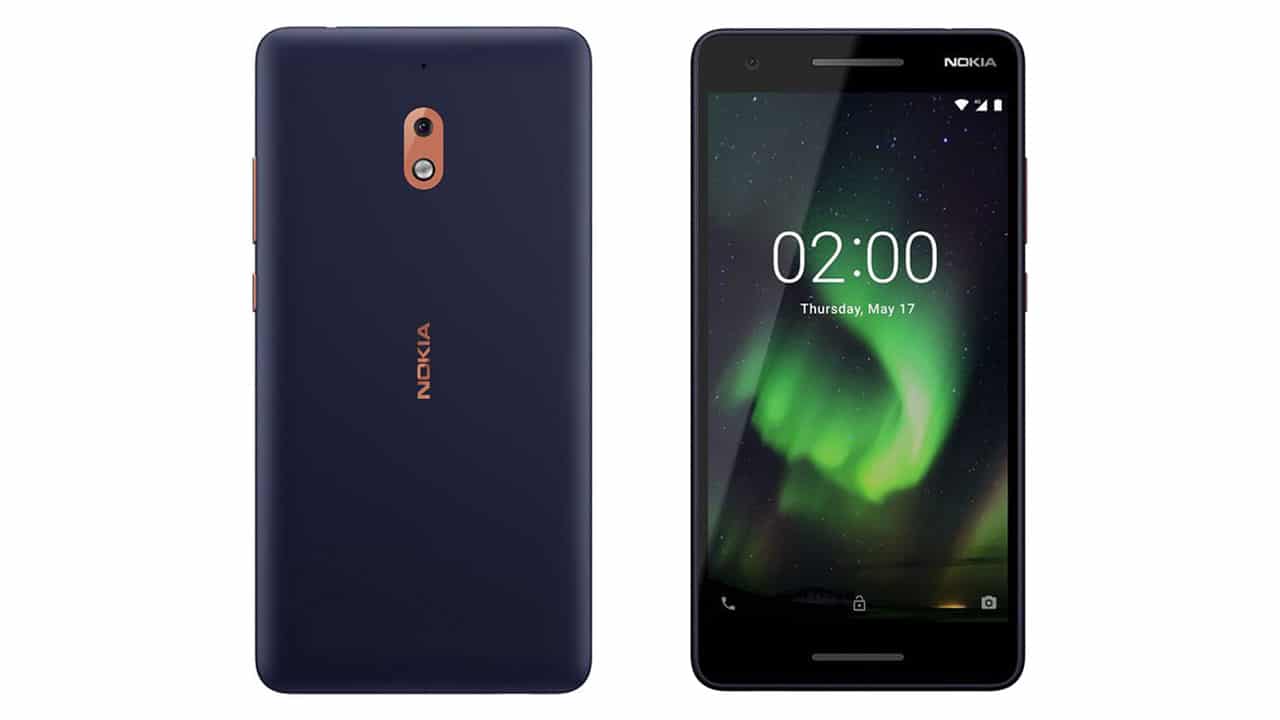 HMD Global has announced the launch of two new devices in India — the Nokia 2.1 and Nokia 5.1. The two devices were first globally unveiled in May and now have finally made their way to the world’s second-largest smartphone market.

This isn’t the first time we are seeing HMD Global have a long delay before launching their phones in India, though. While the competition is spending heavily on marketing their offerings, Nokia-branded phones haven’t been hyped. The brand still has a lot of respect and recognition in the country and HMD Global intends to keep it that way. 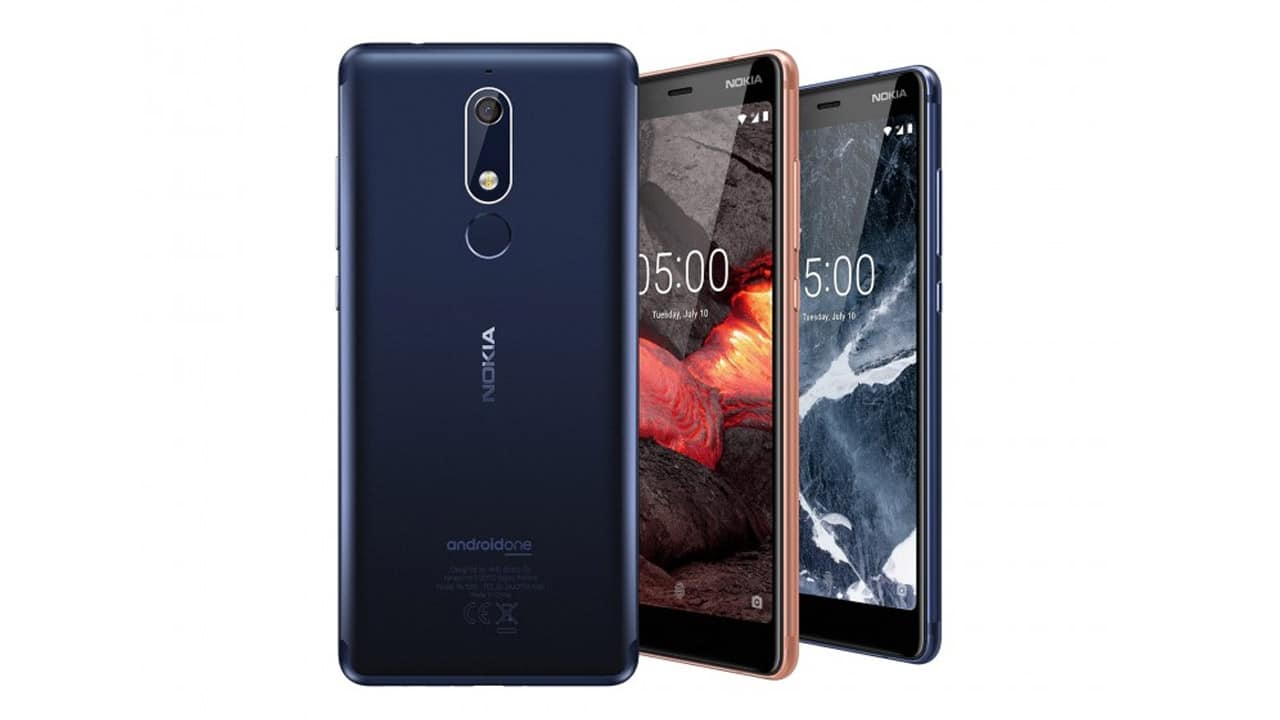 The Nokia 5.1 is a midrange offering and will go up against Xiaomi’s Redmi Note 5 Pro. It has a 5.5-inch Full HD display with an aspect ratio of 18:9. The phone is powered by a MediaTek MT6755S SoC paired with 3GB of RAM, and has 32GB of internal storage that can be expanded via a microSD card.

It owns a 16-megapixel rear sensor while the front has an 8-megapixel snapper. The phone is a part of Google’s Android One program and ships with Android 8.0 Oreo. It houses a 3000mAh battery that charges via micro-USB.

The Nokia 2.1, on the other hand, is an entry-level device and sports a 5.5-inch HD panel with an aspect ratio of 16:9. It’s powered by a Snapdragon 425 SoC along with 1GB of RAM and 8GB of internal storage. It has an 8-megapixel camera on the rear, while the front houses a 5-megapixel sensor.

This phone runs on a lighter version of the popular OS, Android Go. It’s specially designed for entry-level devices and has optimized apps for smoother operation.

India’s smartphone market has come to a grinding halt 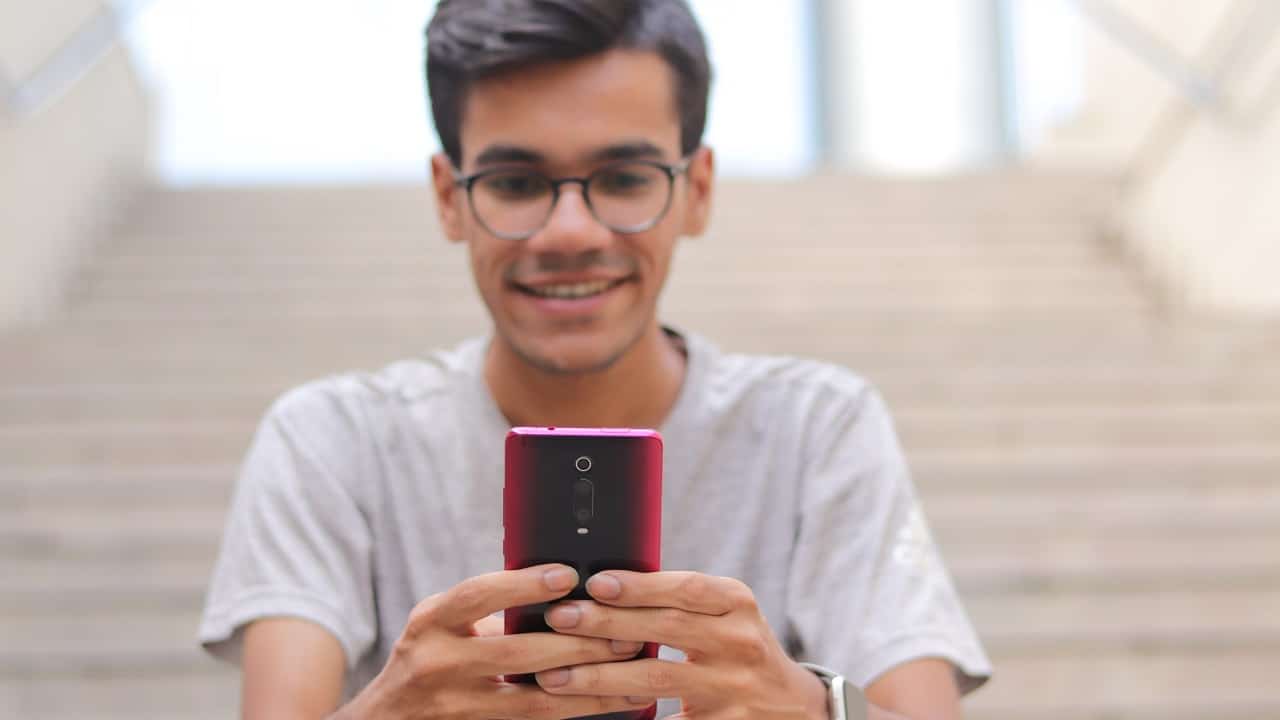 India is on a 21-day lockdown until 15 April due to the Coronavirus pandemic and the government is allowing movement of only “essential” commodities. The complete closure means there are no smartphone retail stores open for business and online marketplaces too can’t ship smartphones.

In response, an apex industry body of the mobile and electronics industry in the country called India Cellular and Electronics Association (ICEA) has written to the government. It’s urging the authorities to allow online sales of mobile phones, laptops, computers and tablet PCs. Furthermore, it wants servicing and maintenance of these products to also be categorized as “essential”.

The letter has been addressed to Prime Minister Narendra Modi, requesting him to relax the definition of essential. It’s evident that smartphone makers have taken a huge hit since they’re unable to sell a single phone for a period of at least 21 days.

According to CounterPoint research’s latest Q4 2019 report, the country saw shipments of 158 million smartphone units. India is the world’s second-largest smartphone market. So it’s natural that a 21-day lockdown would drastically affect brands who are now used to launching a new phone every other month.

India’s appetite for smartphones is unmatchable. Even supply-chain masters like Xiaomi struggle to keep up with the demand and their now-independent brand POCO had to rely on a flash sale model to ship the POCO X2. The demand is unprecedented. Backed by the cheapest data availability in the world.

ICEA, however, clarified that it does support the lockdown to prevent the spread of Coronavirus. Moreover, it’s asking for permission to start online sales in Tier 1 and 2 cities, while allowing the opening of stores, with safety measures, in Tier 3 and 4 cities.

What’s the current definition of “essential”?

Considering the government notification, essential services include goods like groceries, vegetables, and medicines. These commodities can continue moving around like they used to. The lockdown means citizens are expected to stay indoors all the time, companies have been told to vacate offices and completely shift to “work from home” model.

Only a few personnel are allowed to leave and venture outside. This includes law enforcement personnel, municipal workers, healthcare professionals, and banking or financial services staff to ensure the backbone of the country isn’t shut down.

We’re all in this together 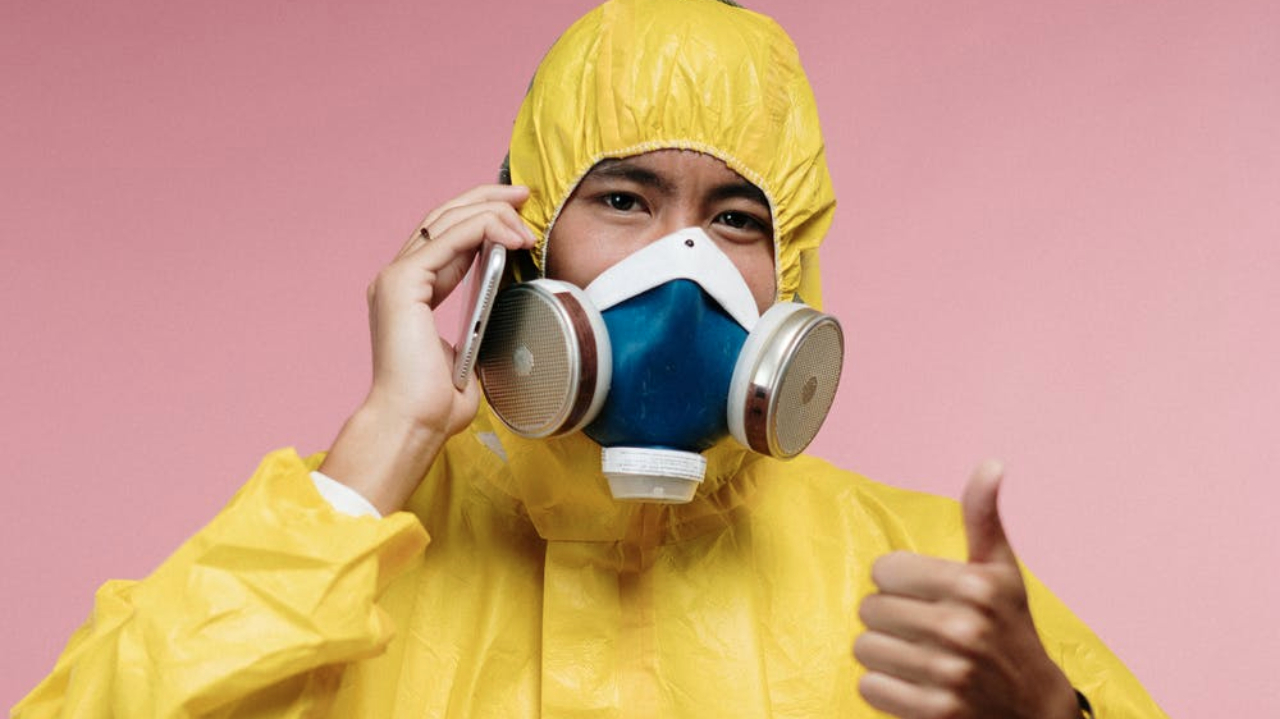 Smartphone maker Xiaomi has announced it’ll donate N95 masks and protective suits to state governments, hospitals, and police forces this week in India. Coronavirus has spread like wildfire across the globe and institutions are rushing to counter the fatal virus.

The N95 masks will be distributed with Karnataka, Punjab and Delhi governments, respectively. While hazardous materials suits will be given to a few government hospitals like AIIMS and St. Johns in the wake of the novel coronavirus outbreak.

Manu Kumar Jain, the Global Vice President of Xiaomi and Managing Director of Xiaomi India said they’re closing working with authorities to distribute these resources. The smartphone and television maker has become a household brand in the country and has been at the forefront of fighting the crisis.

Further, the company has also canceled business travels, external meetings, and even asked their office employees to work from home and maintain social distancing. I’ve personally been to the Xiaomi HQ in Bengaluru recently and can confirm that their standards of precaution are extremely high. Instead of shaking hands, we now do a traditional Indian “namaste” to great each other.

Namaste! 🙏 3 hours to go for incredible #RedmiNote series launch.@XiaomiIndia team is ready, while taking all precautions. 😷

All Xiaomi authorized service centers are ensuring that there are not more than 4 customers at any given time through an online token system. Additionally, all Mi Home staff also wears masks at all times and keeps their hands sanitized for walk-in customers.

A couple of weeks ago, Jain urged India’s corporates to divert advertising and marketing funds to fight the crisis. India’s popular cricket tournament IPL (Indian Premier League) has been canceled and companies are known for spending hundreds of millions on sponsorships. He urged companies to do the right thing.

Xiaomi has a 28 percent market share in India’s smartphone market and has been leading the segment for almost two years now. They’ve canceled all launch events to avoid social gathering and even the Redmi Note 9 Pro series was launched via a live stream.

The world’s second-largest smartphone market has more to offer 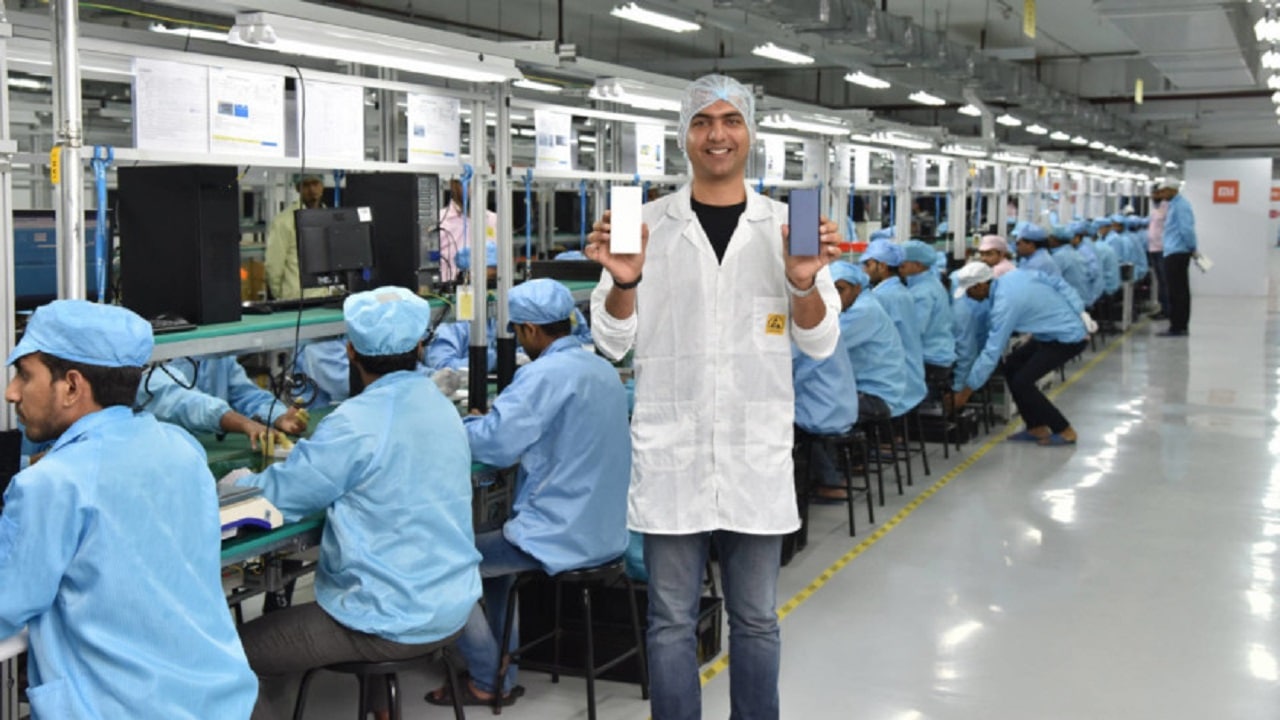 The government aims to provide companies a production-linked incentive of 4 percent to 6 percent on incremental sales for locally made goods over a period of five years. This not only includes mobile phone manufacturing but also assembly, testing, marking and packaging.

The other policy offers a 25 percent financial incentive for capital expenditure that goes towards “the manufacturing of goods that constitute the supply chain of an electronic product”. With these incentives, the government is optimistic that companies will come to India, contribute to progressing infrastructure, and make export-quality goods.

According to their estimates, domestic value addition for mobile phones is expected to witness 35 to 40 percent jump by 2025, from the current 20-25 percent.

So far, companies have focused on assembling equipment like smartphones in India. A huge chunk of the components are still imported. These policy changes could act as a stimulant to locally source electrical components, semiconductors, as well as develop production clusters.

Bangalore and Hyderabad are infamous for their IT Tech Parks that house thousands of employees from IT service firms like TCS, Infosys, Accenture, and many more. Similarly, the government wants to create production clusters that can develop an eco-system of their own. These clusters can create a seamless supply chain when paired with proper land, air, and shipment infrastructure.

The timing of the announcement is what matters the most. China is embroiled in a trade war with the US for quite some time and we’ve seen how a giant like Huawei got caught in the cross-fire. Companies are skeptical about depending too much on China for production and sourcing. Hence, countries like Vietnam have witnessed a huge inflow of foreign investment from the likes of Nintendo, Foxconn, and even Samsung.

India is very much like Vietnam. A developing economy that’s on the look-out for foreign investment and enhances local production capabilities. This not only helps the government increase its tax revenue via taxation, but also provides employment. Considering the current Coronavirus crisis, it’s obvious that these plans may not materialize soon. But, as soon as the storm is gone, companies would want to find an alternative to China. 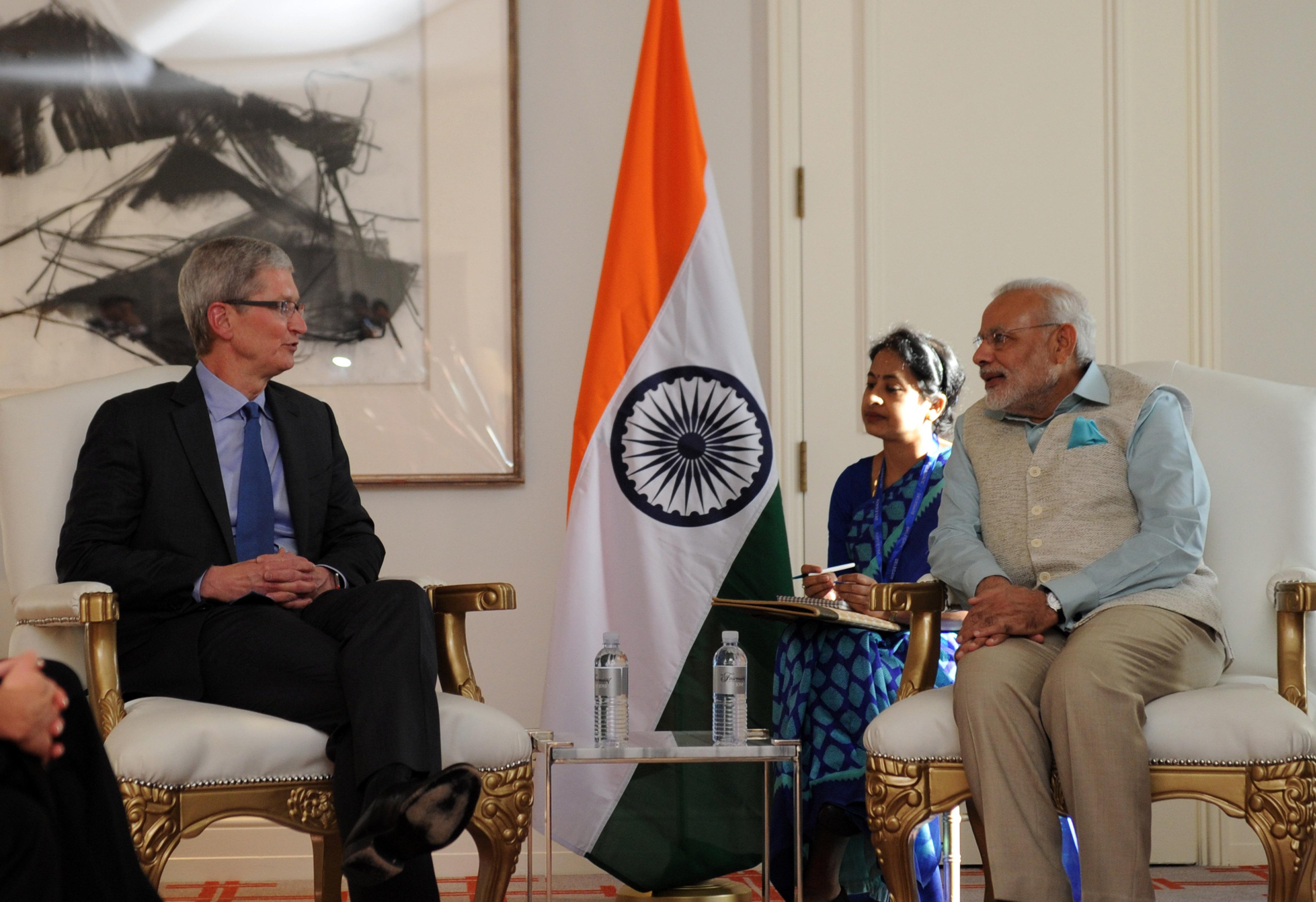 It’s reported that the alleged low-cost iPhone from Apple has been delayed due to the pandemic. Irrespective of the current health crisis, Apple has been trying to ramp up its local production in India and has done so, cautiously. India is the world’s second-largest smartphone market and every brand wants a piece of the cake. Realme and Xiaomi have been intensely fighting for supremacy, Samsung continues to lead via the offline market, and OPPO and Vivo have flooded all commercial banners with their products.

Xiaomi currently has seven plants in India, major ones being at Sri City and Sriperumbedur. It also makes its televisions in Tirupathi. Manu Kumar Jain, Vice President, Xiaomi, and Managing Director, Xiaomi India said that 95 percent of Xiaomi’s phones are made in India with 65 percent of a phone’s value being sourced locally. The government has been successful in compelling companies to make in India because it consistently kept on raising import duty on smartphones.

Samsung already has the world’s largest mobile phone factory in India that assembles top-tier variants, ready for export. We don’t know the volume it churns out right now, but their long-term investment is a precedent for other brands to take the market seriously. OnePlus has a research facility in Hyderabad where it makes software products intended for the Indian market. 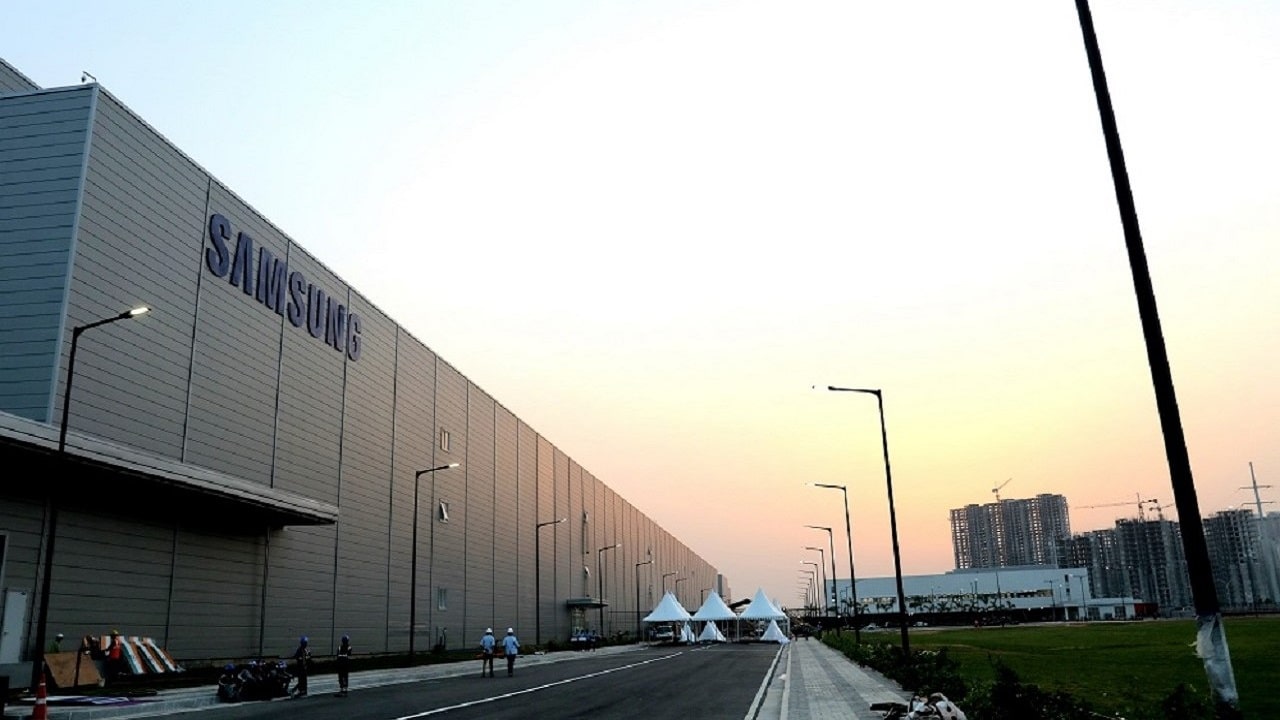 Prime Minister Narendra Modi kickstarted the “Make in India” campaign five years ago to encourage foreign companies to invest and build in India. While its effects are debatable in a few industries, there’s no doubt that the mobile industry has picked up exponentially. State governments of Karnataka, Andhra Pradesh, Telangana, Uttar Pradesh, and Tamil Nadu have played a major role in establishing these clusters that symbolize progress.

Engineers are widely available in India, the country has developed multiple ports under the private-public model, and numerous airports are under construction. India is already the world’s second-largest smartphone maker, but the gap is huge. It’s about briding this. Obviously, the scale at which China produces is unmatchable. But that cannot undermine India’s efforts to be more relevant on the global stage. From a purely consumption-based economy, it’s slowly trying to turning into a production backed state.