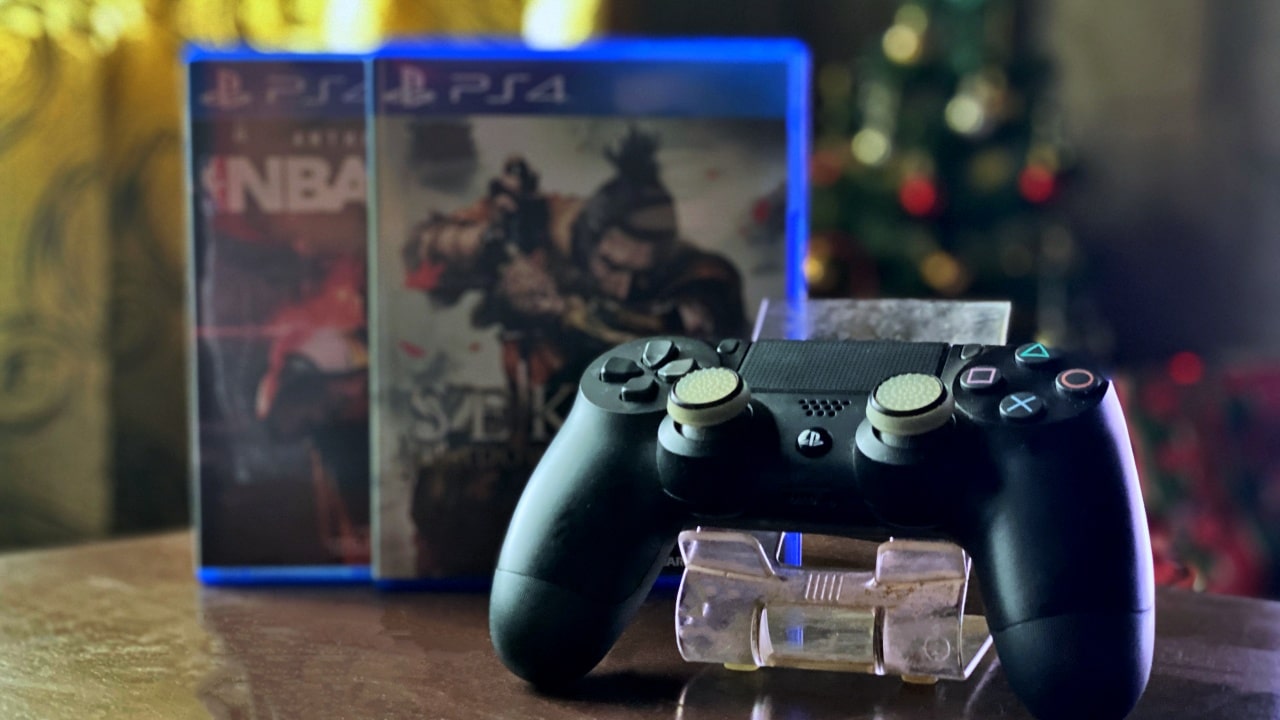 Feeling envious over your friends who are catching up on all the gaming they missed this year? Sony’s got your back with its Epic Countdown to 2020 promo.

From now until January 1, 2020, PlayStation Authorized Dealers all over the Philippines will have discounted PS4 bundles. Discounts go up as high as PhP 6,000.

Two of the most acclaimed titles on the PS4’s catalogue, both God of War and The Last of Us earned Game of the Year accolades. If you missed out on playing either titles, now’s your chance to get one. This bundle includes one PS4 Pro, two DualShock 4 controllers, and the two aforementioned games.

If you’re in the mood for some multiplayer partying, you may opt for this bundle instead. Included are a PS4, two DualShock 4 controllers, along with NBA 2K20 and dungeon crawler ReadySet Heroes.

Take any of these bundles and enjoy the rest of what PlayStation 4 has to offer. Make sure you cop at least one of these titles.

Crowned the 2019 Game of the Year, Sekiro: Shadows Die Twice has plenty of From software’s trademark challenging gameplay. Get your katana ready and slay demons that get in your way.

This is renowned Game Director Hideo Kojima’s first outing ever since his divorce from Konami. Reactions and reviews have been mixed, but you can’t go wrong with a Kojima game, right?

Just before its release, a lot of people dismissed this as another “zombie” game, but those who gave it a chance quickly realized there’s more to it than that. But if you are in the mood to gun down the undead-ish, then there’s plenty of that here as well.

Concrete Genie starts off as a creative endeavor for the player. Take the player’s paintbrush and let your imagination handle the rest. What happens after? Well, you’re gonna have to play to find out. 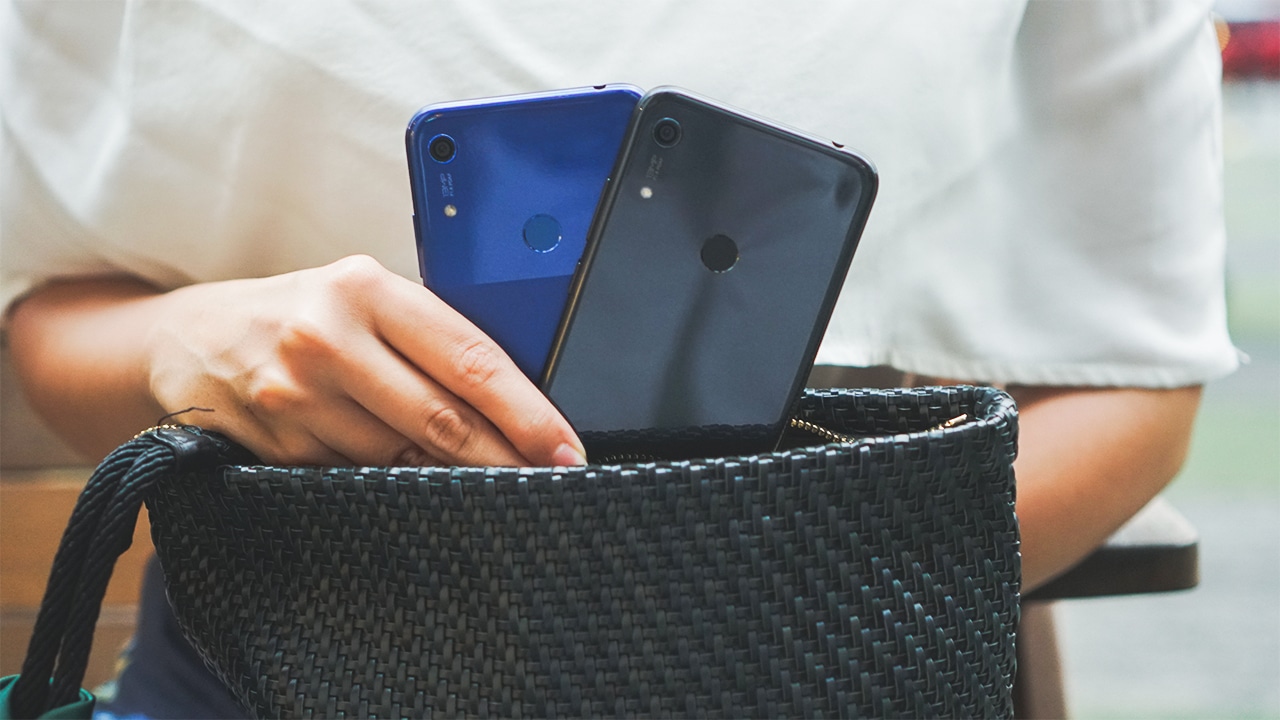 Looking for awesome deals this Chinese New Year? Huawei Philippines has you covered with device discounts and freebies. From January 22 to 25, they are holding a Chinese New Year promo on Lazada. Lots of smartphones and accessories are on sale, and some also come with freebies: 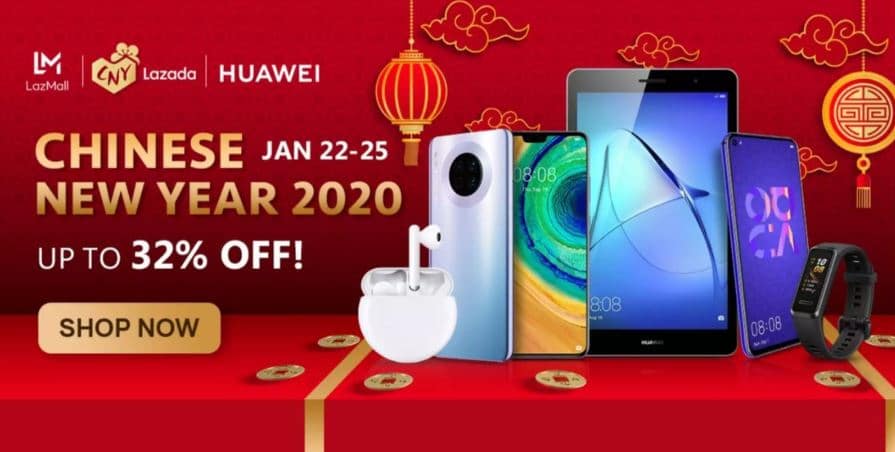 To check out more deals from Huawei, you can visit their Lazada site.

Audio House is giving away freebies for Chinese New Year

Get a voucher or a standing fan for the new year 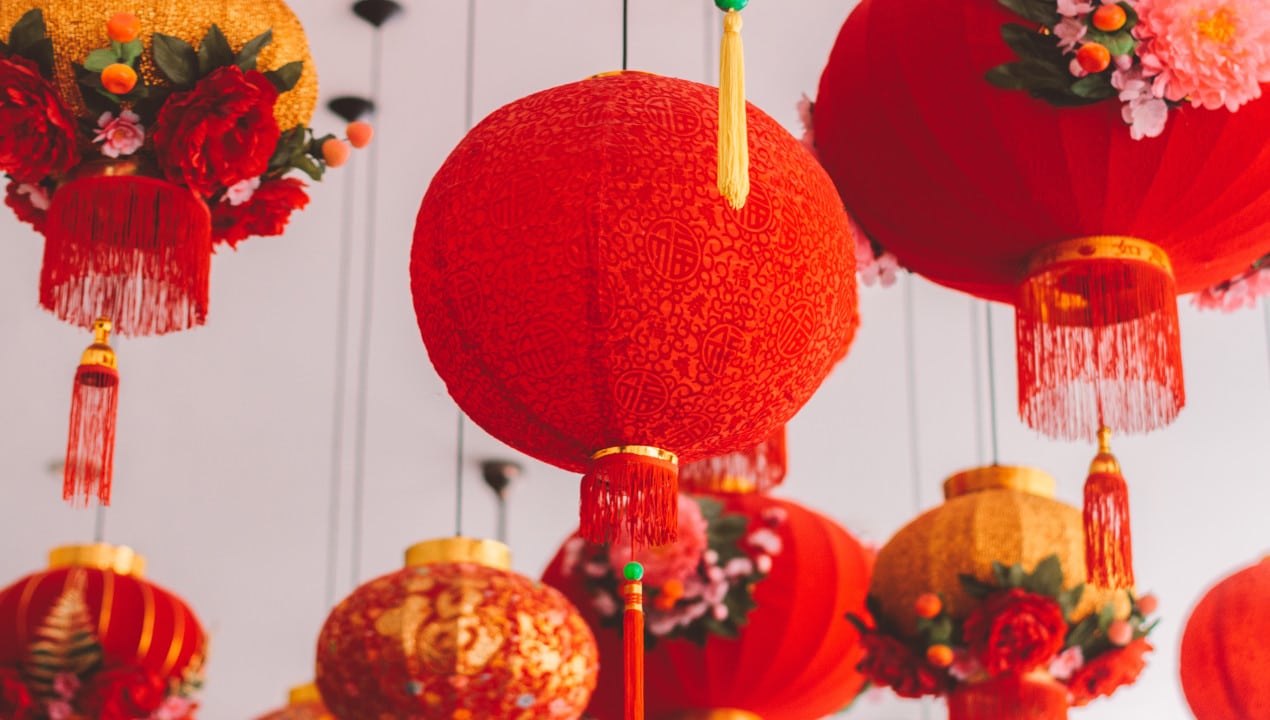 Chinese New Year is fast approaching once again. This year, Audio House is giving us more reasons to celebrate the festivities.

From January 18 to February 9, Audio House will give away SG$ 28 Ang Pow (red packet) vouchers or standing fan to every customer with no minimum purchase. Customers may use these vouchers to discount their next purchase.

Anyone is eligible to receive these freebies. For any successful friend referral, the customers receive an additional SG$ 1 to their vouchers. However, there’s a limit of 50 persons per referral.

In total, anyone can receive an SG$ 78 voucher eligible for any items in any Audio House store nationwide. 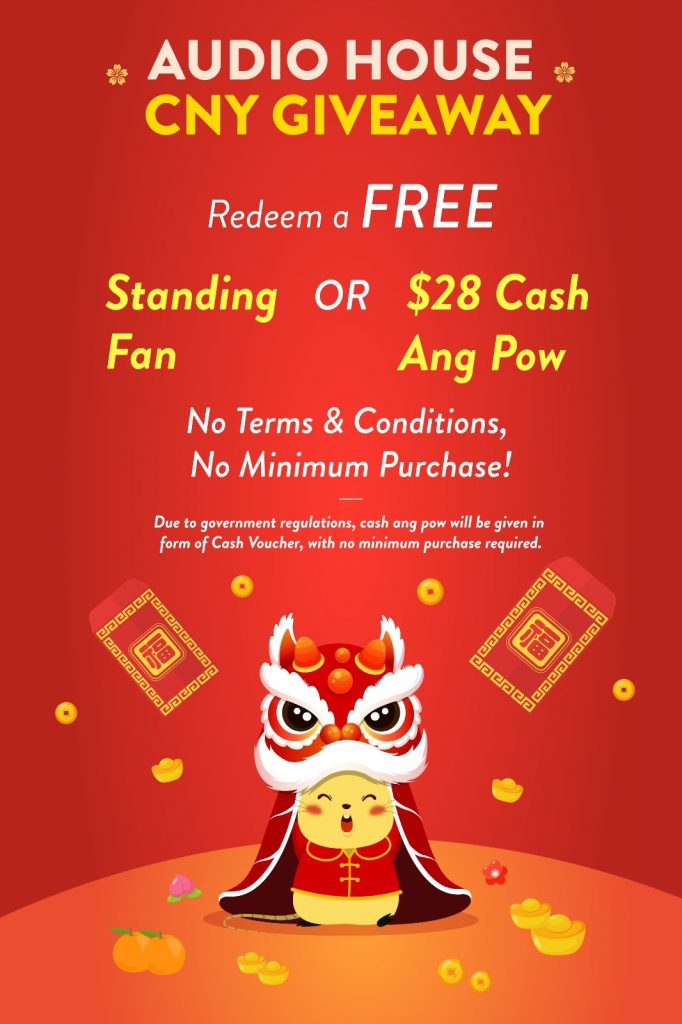 Here are the steps to receive the freebies:

The voucher is a great help for individuals gifting their loved ones with electronic items. With over 4,900 electronic items for sale, Audio House showcases major brands from all over the world. Plus, they give cashback in the form of vouchers on every item purchased. To learn more about Audio House, visit their website.

Huawei Y9s and MediaPad T3: Price and availability in the Philippines 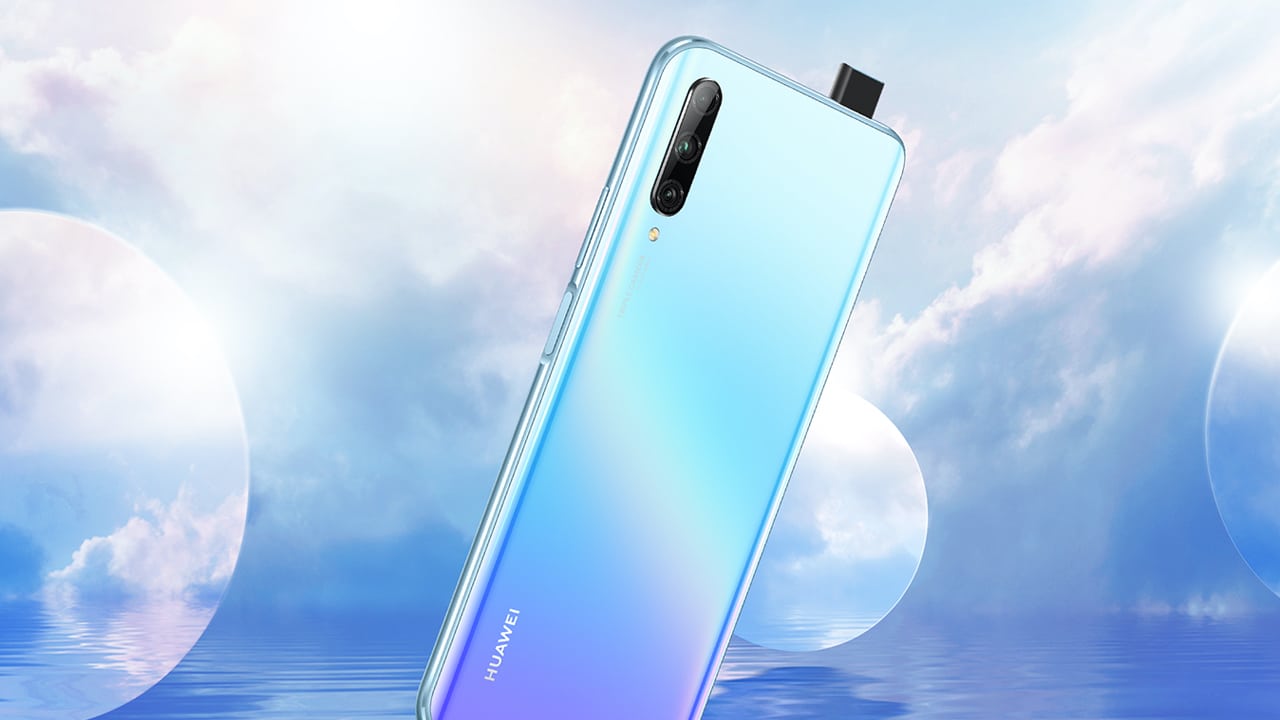 Looking for an all-around companion? Huawei just released the Y9s budget smartphone and MediaPad T3 tablet in the Philippines to start 2020. From January 13 to 17, eager customers can pre-order these devices on Lazada and Shopee.

To get the freebies, head over to Huawei’s Lazada and Shopee page. These devices will officially retail soon after. 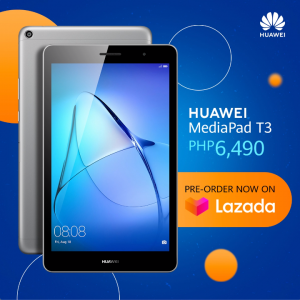 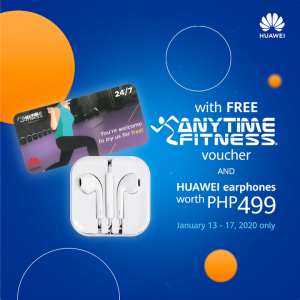 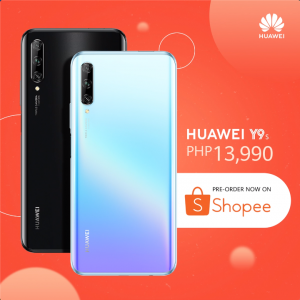 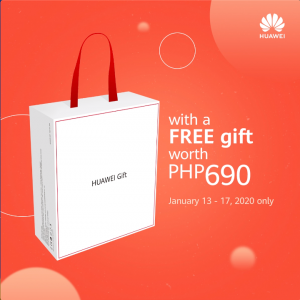 Huawei Y9s is a budget smartphone priced at PhP 13,990. For its price, the phone comes with a striking glass back design and triple cameras. The pop-up camera in the front houses the selfie camera. Kirin 710F chipset and 4,000 mAh battery power the device. Memory and storage configurations are available only at 6GB + 128GB, but expendable up to 512GB via MicroSD.

Meanwhile, the Huawei MediaPad T3 features an 8-inch HD display. Made from anodized aluminum, it features a lightweight footprint at only 350 grams. Runtimes are decent with a 4,800 mAh battery. It is available with 2GB of memory and 16GB of storage. Price starts at PhP 6,490.