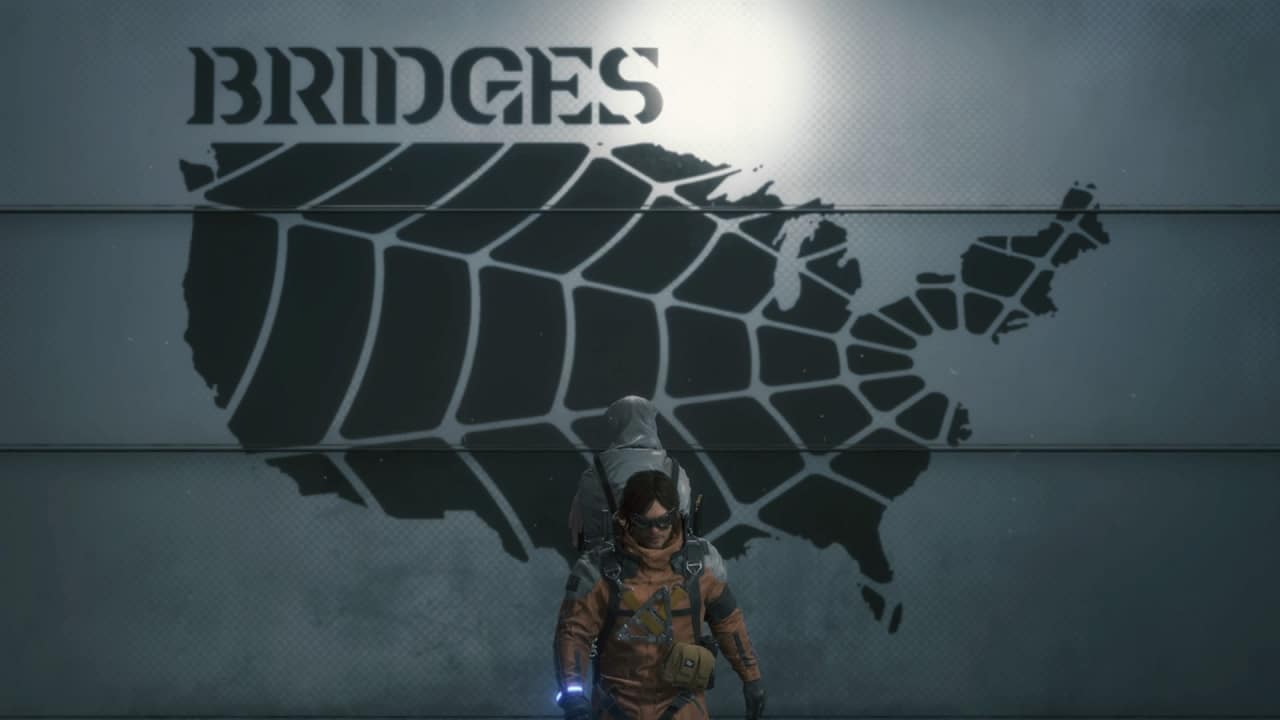 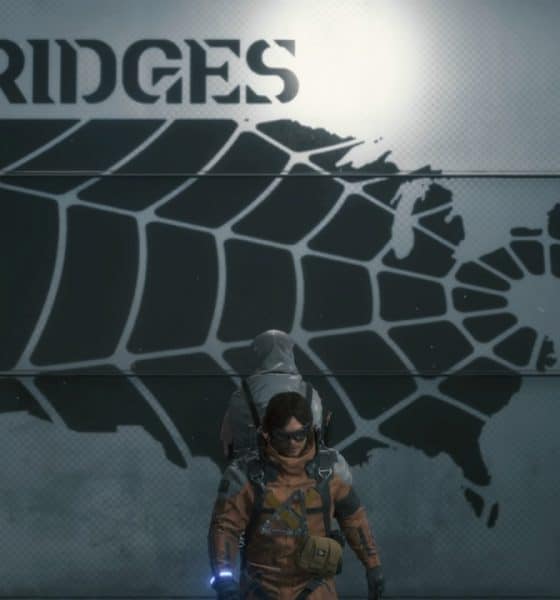 A take on the importance of human connection

As morbid as it is, the reality is we will all meet our end. And it’s not just our own personal ends as we grow old, but also the end of civilization as we know it. There are game titles that detail every possible scenario of near-extinction for the human race, and how the survivors deal with what’s left.

Death Stranding initially seems to follow that trend — a game that tackles another possible near-extinction of the human race. At first, it seemed like another post-apocalypse storyline, mixed with the advent of technology and leaving it all to human effort to harness it. Every other video game that deals with technology, to me always ends in bloodshed.

But as I played through this game, it showed something else.

You play as Sam Porter Bridges, voiced by Norman Reedus from The Walking Dead. His role in society is a delivery man, tasked to simply deliver supplies and resources to different cities in America. From my understanding, he’s an isolated fellow — prefers to just be on his own, and deems himself untouchable out of fear. 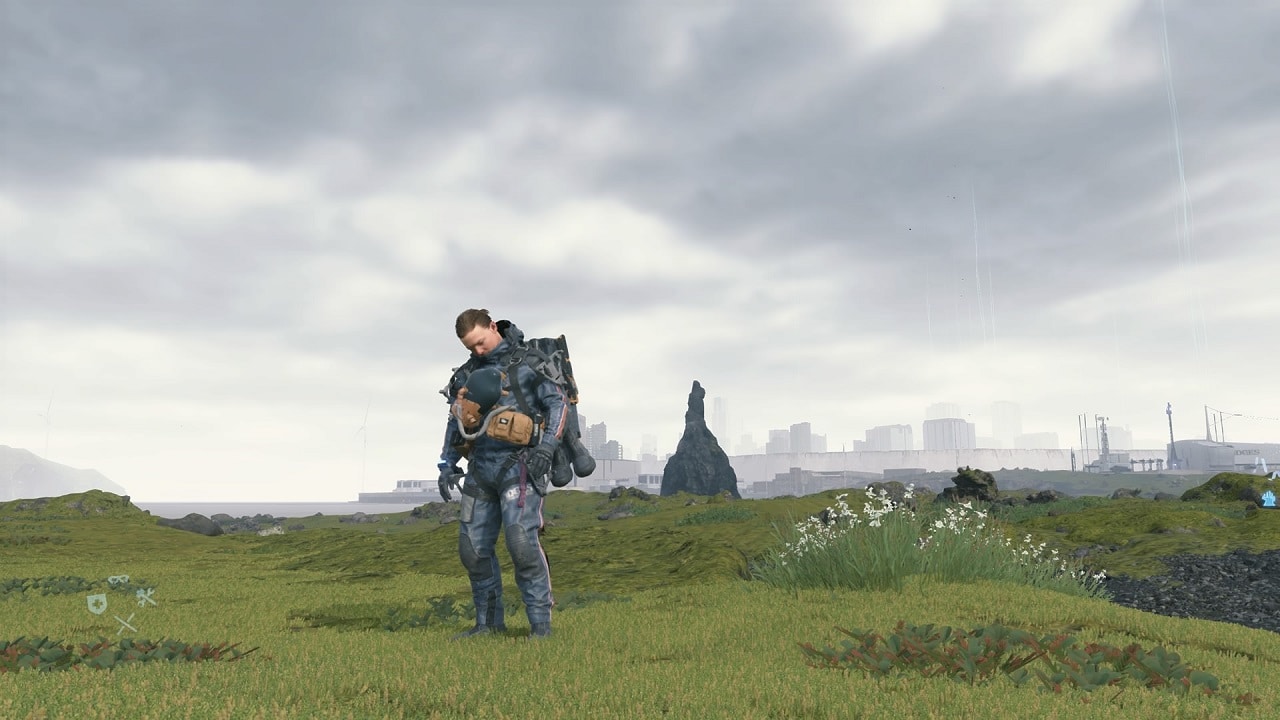 The entire game takes place in whatever’s left of America some time after a series of voidouts that killed millions. Sam reports to BRIDGES in the capital of the United Cities of America; as the name suggests, BRIDGES wants to repair the broken UCA and its divided people. The surrounding area of the capital is what you would expect: shielded from the outside for a good reason.

To me, this is one interesting take on human survival. Normally, in post-apocalyptic worlds, the goal is to save yourself (or your loved ones) while mauling your way through every peril. With Death Stranding, the goal is simply to survive and ensure the survival of everyone else. And the only way to do that is to, well, bridge every human together.

Realistically going all over America and its perils

Death Stranding, to me comes close to capturing the humanity of any character in terms of physical aspects. The game allows you to explore every facet of being a human while establishing a level of purpose for doing simple things. And yes, that includes taking a shower before heading out for expeditions. 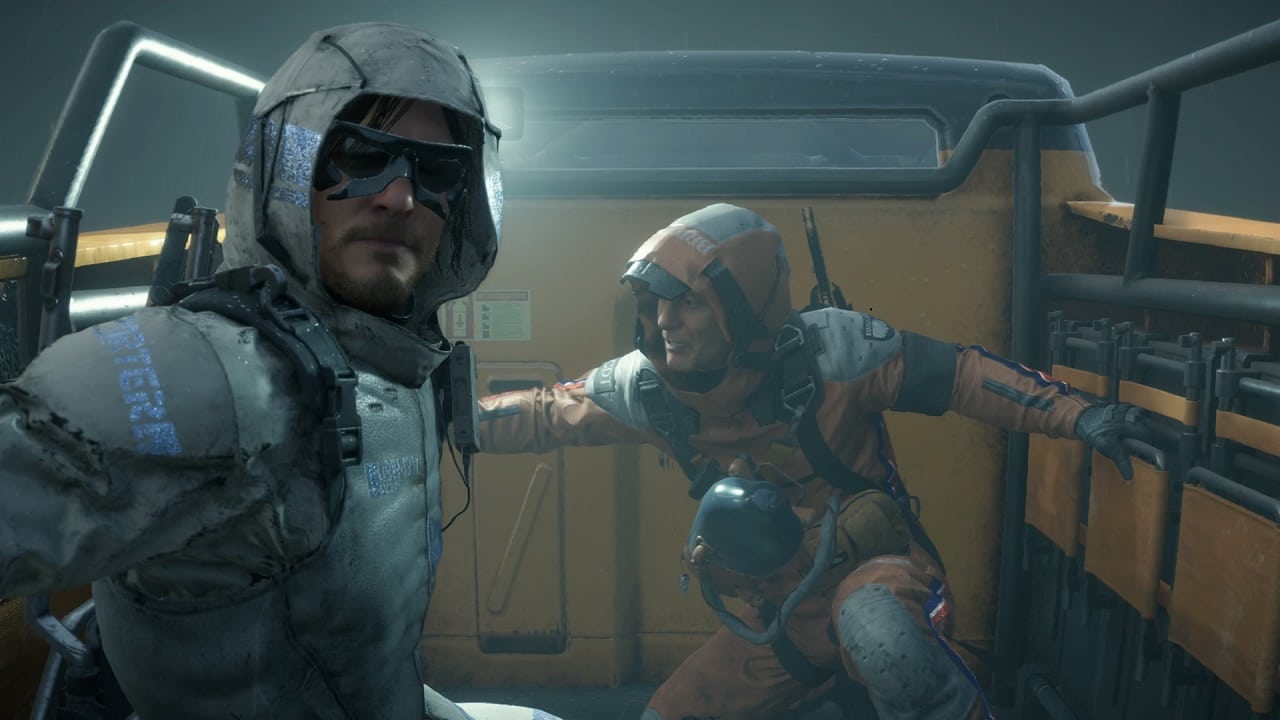 Movement in this game is what you would usually expect. As a delivery man, you got some valuable cargo on your hands, hips, and back; balance is as important as survival instincts. Fortunately, the game has controls that allow you to maintain your balance while moving. This is especially important when you’ll start carrying heavier cargo and supplies.

There’s also a level of incorporating the natural surroundings while you’re moving or running around. Even simply tripping on rocks causes damage to you, and possibly the cargo you’re bringing along. Managing your balance and stamina is necessary to survive and to get your deliveries in order.

But one interesting highlight in this game is the rain, known as Timefall which effectively renders cargo protection useless. In game, Die-Hardman reminds you that Timefall speeds up time while also inviting the unseen anomalies you’re trying to avoid. While you have an option to simply seek shelter in caves or rocks, I just went for it and ran for my life.

The concept of irreversible damage unto the world

As the game will show you early on, you are a repatriate — essentially given the ability to come back to life. Every time you die in-game, you are placed in what is known as an upside-down world. To return to life, simply follow a strand that leads to Sam’s body. This is the kind of respawn that I felt was the game’s strongest feature over all other post-apocalyptic titles. 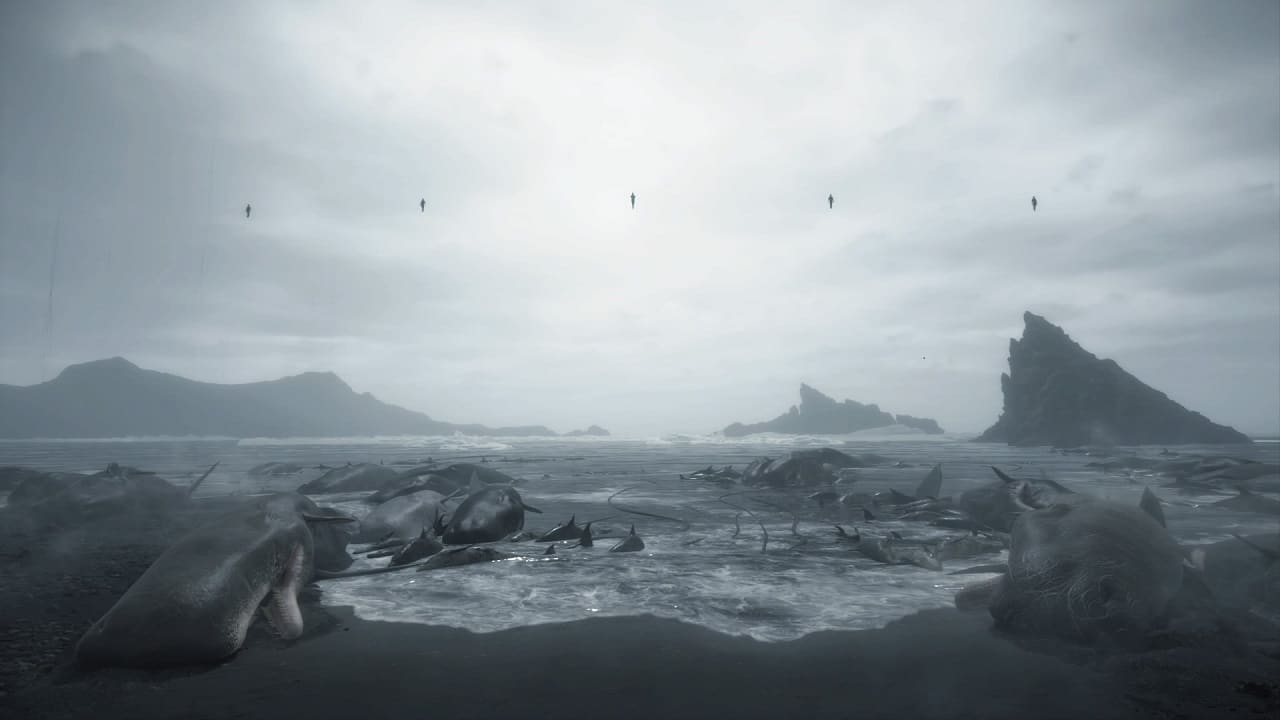 See, when you die and repatriate with your body, anything that happened before you died stays exactly as they are. If you die from a voidout, the huge crater stays and any life lost is forever gone. For some reason, the cargo you were bringing along stays where they are/relatively intact.

I personally found this to be most realistic way to do a respawn mechanic in-game. If you’re going for full human experience, you don’t get a chance to undo any damage already caused in the world. You only get to proceed with unfinished business, but no takebacks.

The endgame of bridging every human possible is protection from the BTs — discovered to be former humans turned into dark matter. BTs are the ones formally responsible for all the voidouts that occur in-game. Heartman highlights that the slightest interaction with the BTs could start the ticking time bomb.

Perhaps Sam’s biggest protection against the BTs involve two things given to him: a sickness called DOOMS and a BB module. The BB module contains an actual baby inside a vat of yellow liquid, keeping it safe. Sam’s connection to the BB module only strengthens his protection and awareness of the BTs around him. 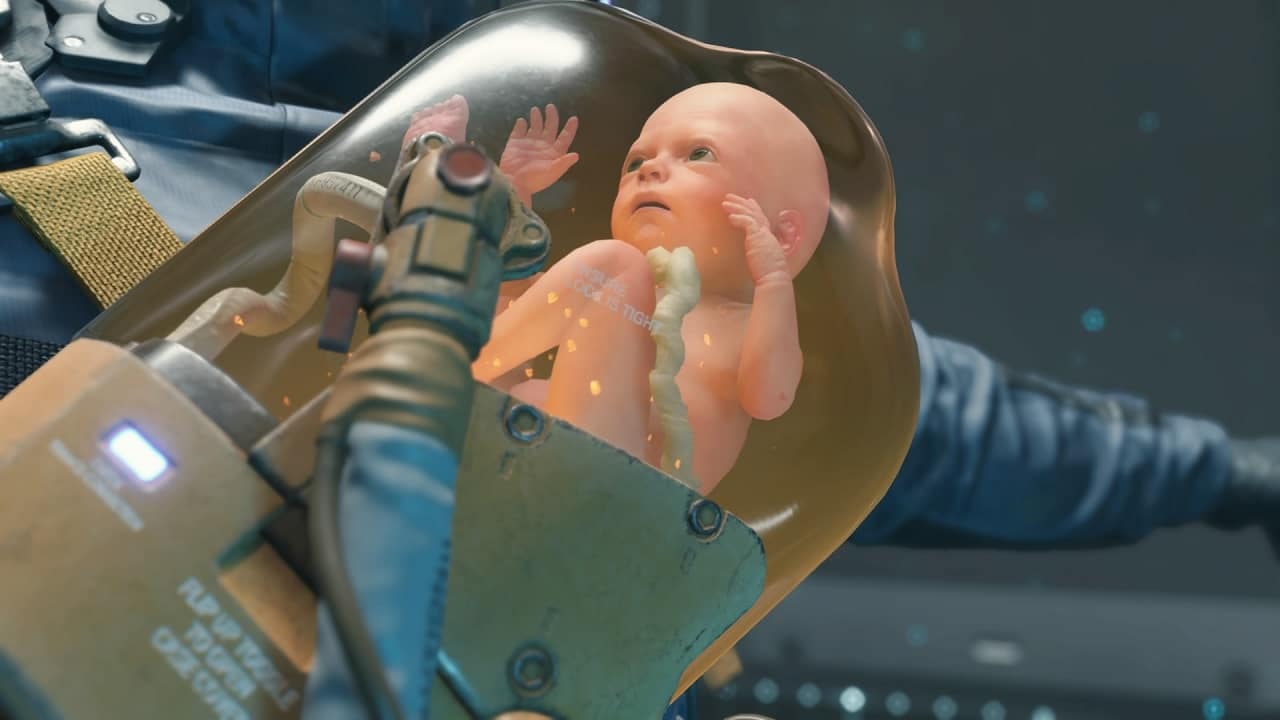 What I find a little troublesome about the BBs and BTs is that it doesn’t necessarily provide you protection. While the whole set-up of the Sam-BB relationship was for protection, running past the BTs is still pretty difficult because the baby won’t stop crying. Also, any damage done to the BB module severely stresses out the baby, making it more difficult to move around. But, I guess that’s where the ultimate challenge lies.

Overall, it hits the core principle of human survival

Death Stranding offers a unique yet relevant take on post-apocalyptic survival. As a game, several human mechanics are spot on and given their full justice. From trekking to managing your balance and cargo, you will definitely feel the realism in the human experience.

But more than anything, this game truly highlights a facet vital for human survival: connection. At its forefront, the game puts together a story that hinges on the importance of human connection on every turn.

Sam, an isolated human being has to trust BRIDGES in hopes to restore the world to a less broken state. No lives lost, only those saved and protected from BT exposure. For the first time, I didn’t have to kill to survive; I just needed to survive so others may survive, as well.

This game offers relatively simple movement mechanics, mixed with a unique take on a post-apocalypse storyline. And if you’re looking for a different type of action-survival game, a game like Death Stranding is something truly worth to give a shot.

Death Stranding will be available on November 8 for the PlayStation 4.