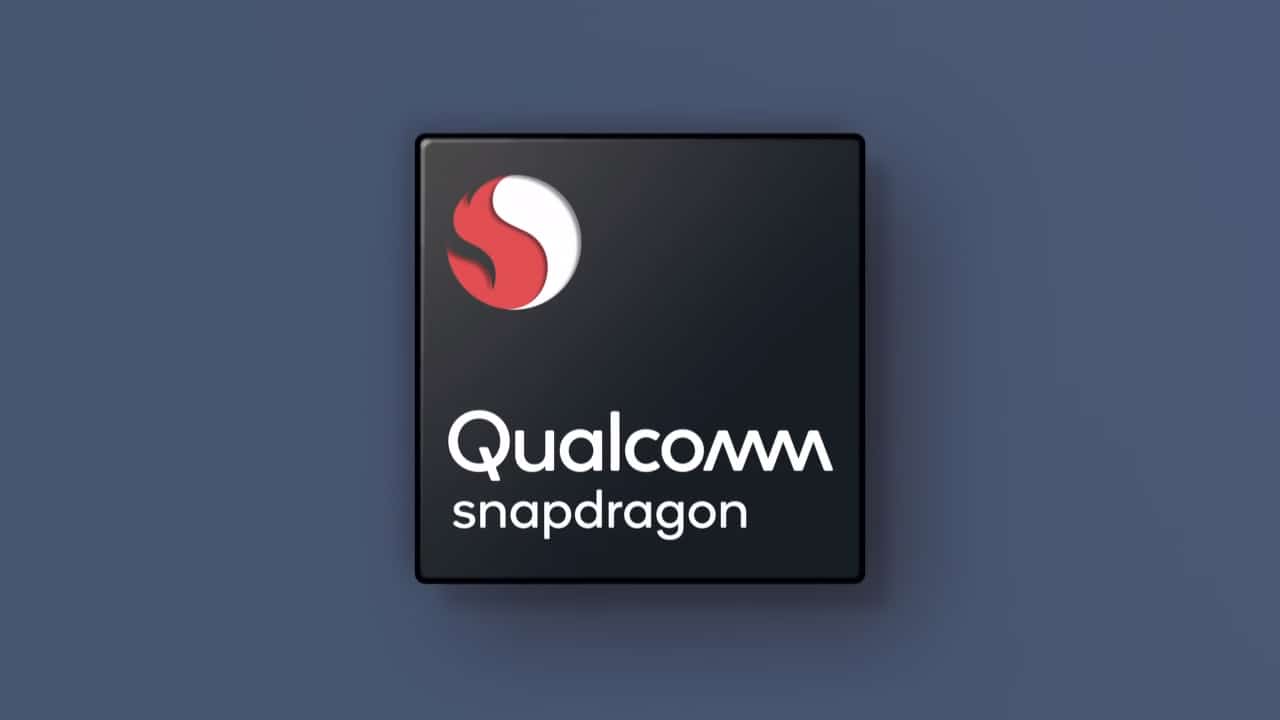 Since the birth of the smartphone industry, processors have always fought in an unending arms race. It’s all about power. In this industry, the fastest processor wins.

Despite this trend, Qualcomm has announced a surprising decision. Instead of pursuing the fastest, the chip maker will instead focus on the bottom of the barrel.

Currently, the Snapdragon 200 series populates the company’s entry-level market. However, fiercer competition has edged out the series in this segment. Right now, MediaTek has captured more entry-level phones than Qualcomm.

With this, Qualcomm is testing a new series outside of the iconic Snapdragon lineup. The Qualcomm QM215 will focus on smartphones within the Android Go program. As such, the new chip will offer incredibly budget-friendly options for consumers.

According to a German source, the planned product is a 1.3GHz quad-core chipset, coupled with a 650MHz GPU. Prototype devices are touting LCD screens (1440 x 720 resolution), up to 2GB of LPDDR3 memory, and up to 16GB of internal storage. According to the same source, a “well-known smartphone maker” is already developing a device with the new chip. Likewise, component makers have already created fingerprint readers tailored for the chip. With its currently rumored specs, the chipset matches performance from the Snapdragon 400 series.

Right now, the product is likely in its early stages. The Qualcomm QM215 might even ultimately add to the Snapdragon 200 series after all. If anything, expect a lot more movement from Qualcomm in the entry-level market in the future.

Says US hacked Germany before 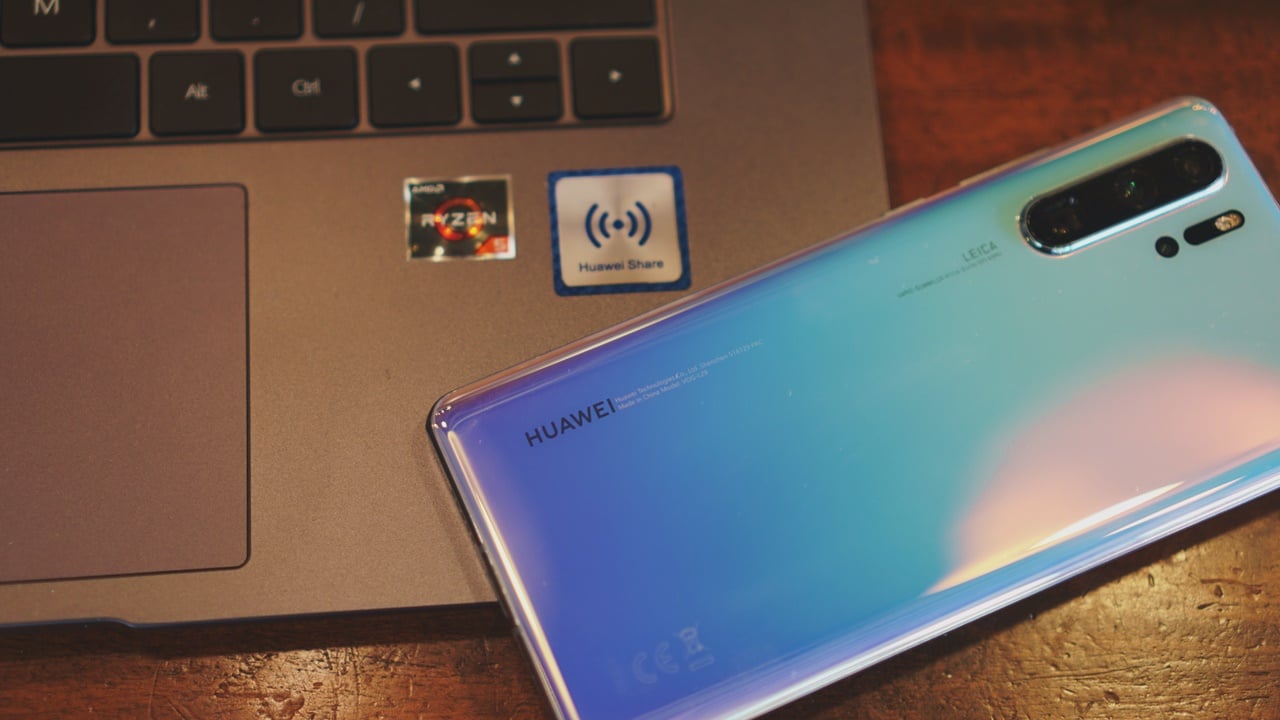 We’re midway through the second month of 2020. By now, you’d expect yesteryear’s issues to finally resolve themselves. Unfortunately, we’re still stuck in the same issues. Particularly, Huawei and the US are still at each other’s throats.

Today, both parties fired shots at each other on Twitter of all places. In this exchange, the US Ambassador to Germany Richard Grenell tweeted that “any nation who chooses to use an untrustworthy 5G vendor will jeopardize [America’s] ability to share Intelligence and information at the highest level.”

. @realDonaldTrump just called me from AF1 and instructed me to make clear that any nation who chooses to use an untrustworthy 5G vendor will jeopardize our ability to share Intelligence and information at the highest level.

For the past few years, the US government has persistently smeared Huawei’s reputation in international territories, urging other countries to stop considering the company as a 5G partner. The strategy has met only moderate success across the globe. Some countries have already allowed Huawei to build infrastructure on their land.

Ambassador Richard Grenell tweeted on consequences of choosing an "untrustworthy" 5G vendor. Who he is threatening? Who's the real threat? Remember, Snowden said US spied on Chancellor Merkel's phone! https://t.co/P0D2pkjvZJ

“Who he is [sic] threatening? Who’s the real threat? Remember, Snowden said US spied on Chancellor Merkel’s phone,” the tweet went.

The ambassador is referring to Edward Snowden, an infamous American whistleblower who revealed an entire library’s worth of state secrets. Regardless of its truth, Hua Chunying’s tweet is scalding, especially in the tense situation between both countries. 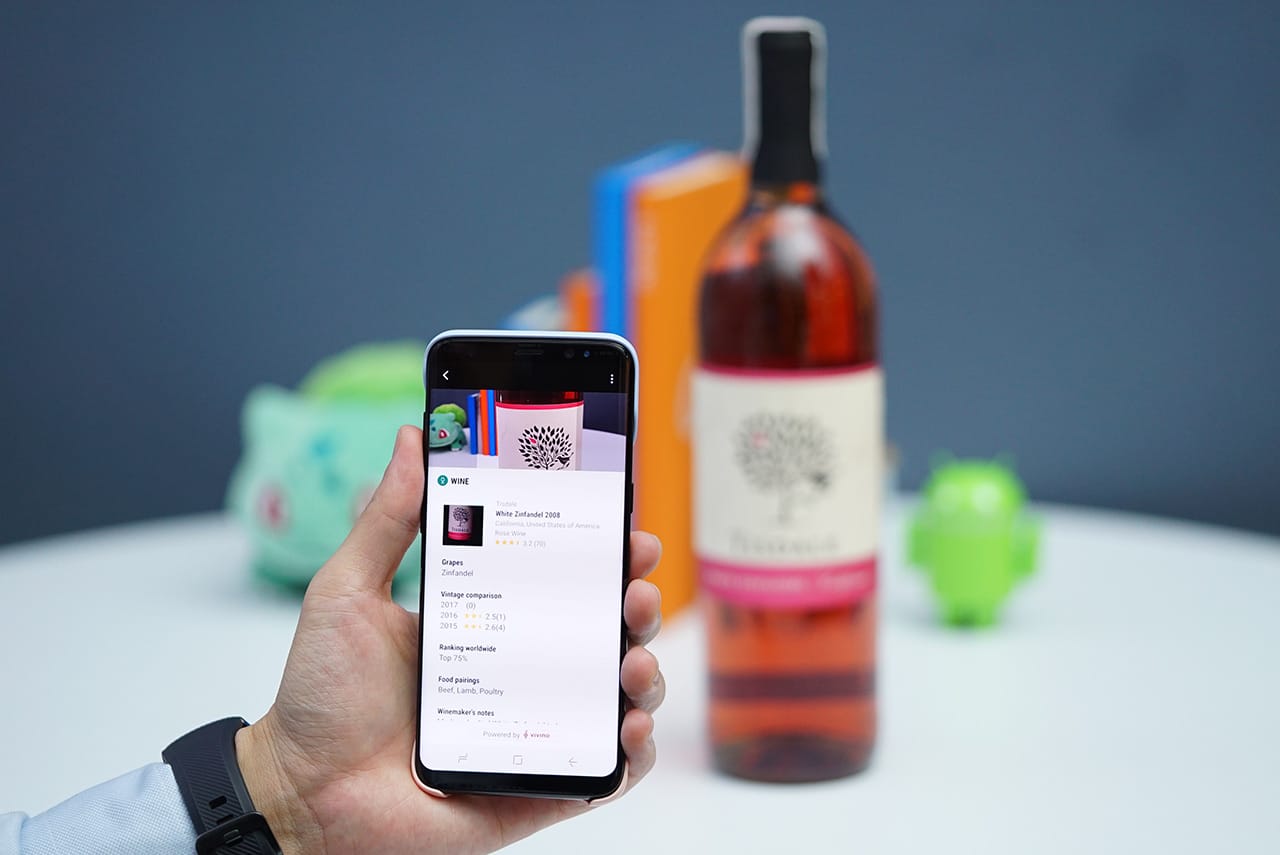 Online shopping is a booming trend made possible by various e-commerce sites. Most online shoppers use search keywords to find what they’re looking for. However, using search keywords can sometimes turn up the wrong results, and can be time-consuming for some.

Thankfully, iPrice and ViSenze’s new partnership aims to make shopping an easier experience for shoppers in Southeast Asia. iPrice will soon leverage ViSenze’s visual recognition technology — making the search as simple as pointing a camera to the desired item.

Visual recognition technology is not new. Google already had this feature  back 2017 in the form of Google Lens. ViSenze — a commerce solution platform — uses the same technology for visual recognition. It already powers some big names in e-commerce — making search easier for users.

With iPrice leveraging ViSenze’s technology, users can use their camera instead to search for items. For example, pointing the camera at a dress brings up a list of relevant results from iPrice. This lets users shop for things that they cannot properly describe. It also simplifies the whole search experience, so users don’t have to type anymore.

iPrice will also bring up useful coupons and vouchers whenever these users search for an item. To start leveraging this feature, users need to do these three easy steps: 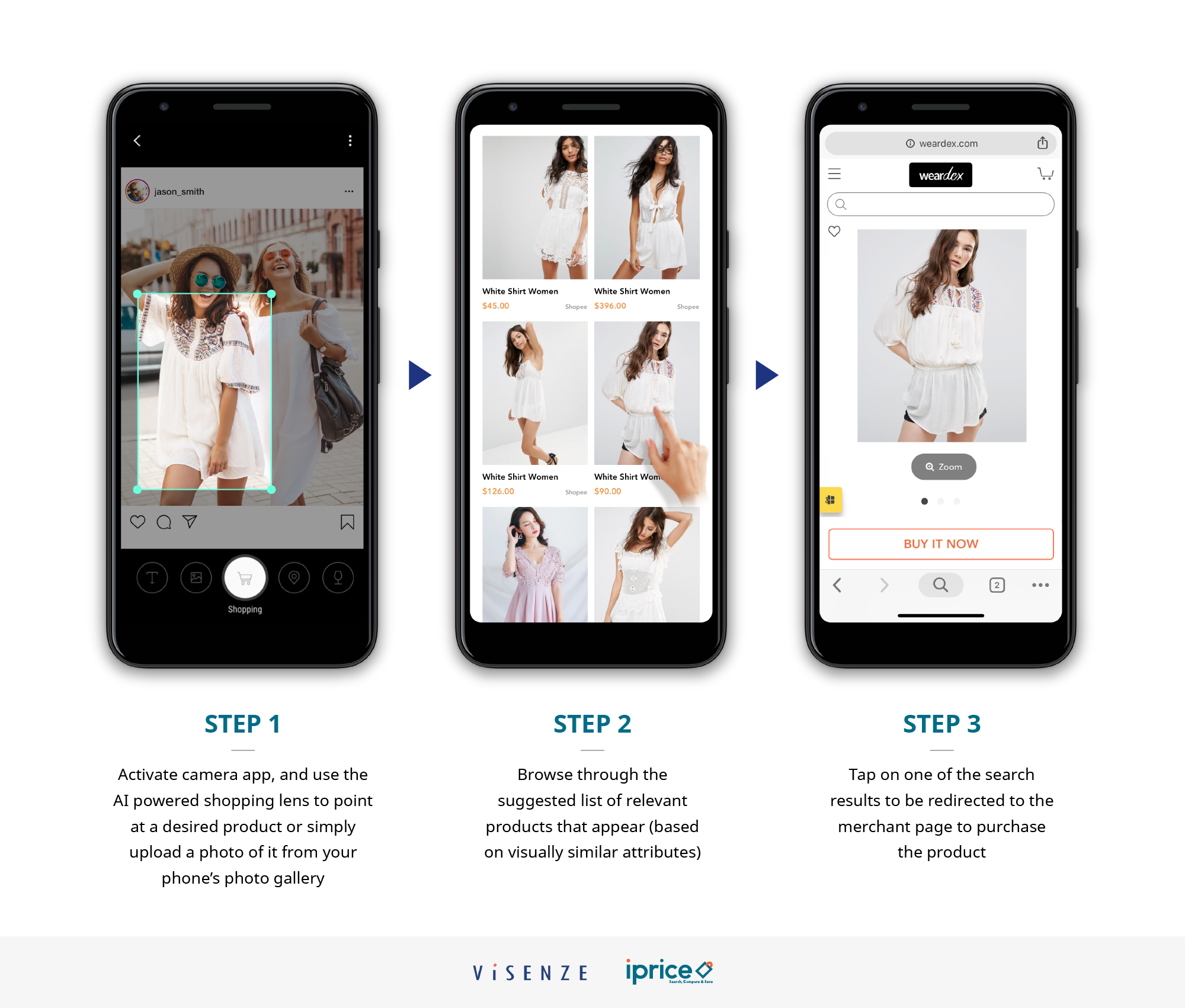 The shopping lens, however, will work only on Samsung, Huawei, LG, and Vivo through their respective assistant apps. So, users must have Bixby (Samsung), HiVision (Huawei), Q-Lens (LG) and Jovi (Vivo) installed.

With online shopping booming in Southeast Asia, iPrice ensures that visual recognition will bring greater convenience to shoppers. Being able to use the smartphone’s camera to search for things online is godsent especially when it’s too bothersome to bring up the keyboard and type.