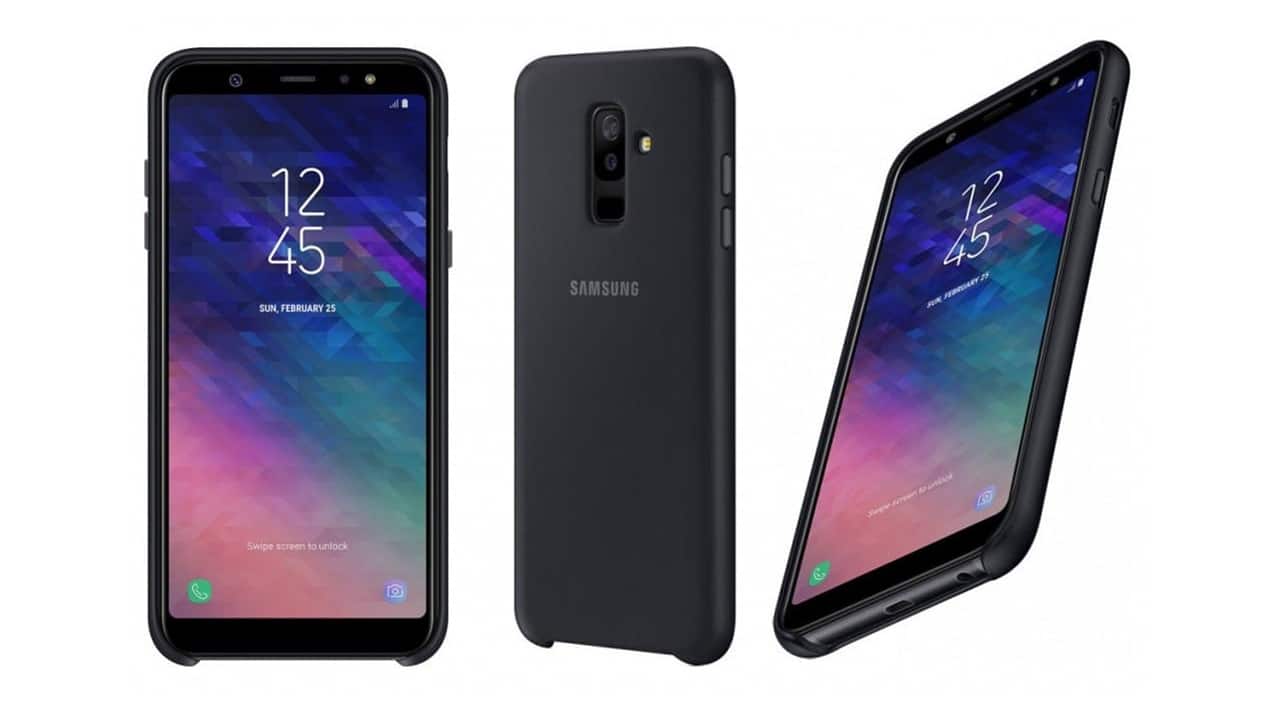 Rumored Samsung Galaxy A6+ with case

We have a couple of Galaxy A6 leaks, so let’s start first with the renders that are meant to show off the official case for the phones. The case covers most of the device but it doesn’t conceal the important points like the camera, display, and ports. 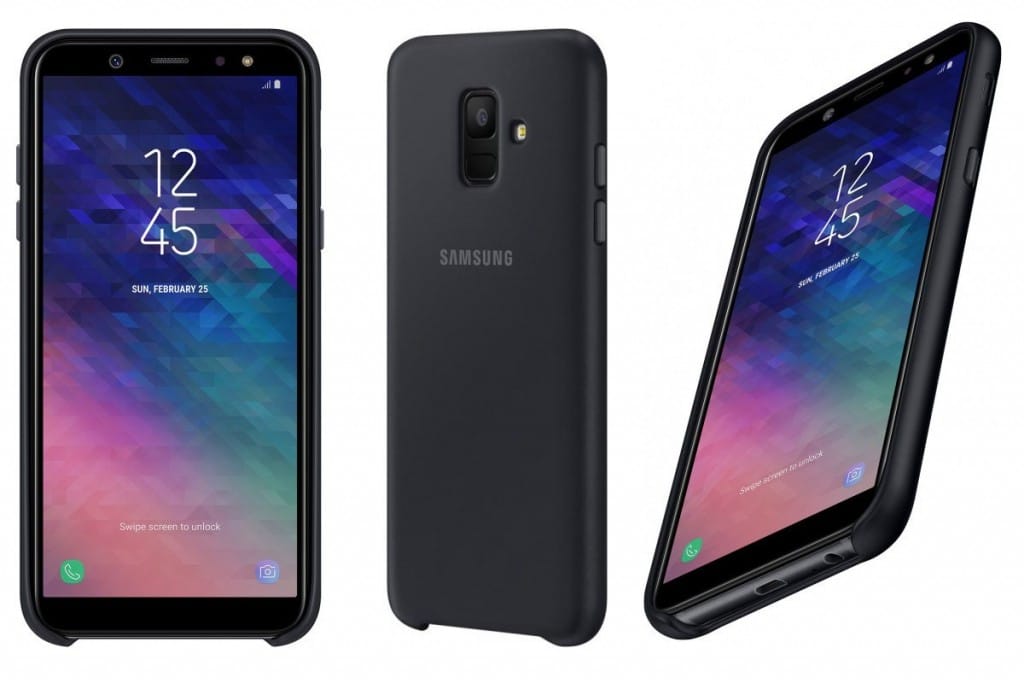 Rumored Samsung Galaxy A6 with case

It’s pretty obvious that the inspiration for the Galaxy A6 and Galaxy A6+ comes from the Galaxy A8. Both phones have a non-curved Infinity Display (with slightly thicker bezels), rear fingerprint scanner below the camera, side-firing loudspeaker, and 3.5mm audio port. Unfortunately, the port at the bottom appears to be a micro-USB — not a reversible USB-C.

In the camera department, the inspiration is lifted from the Galaxy S9 with the regular Galaxy A6 to have a single rear camera while the Galaxy A6+ will get vertically aligned dual rear cameras. There’s no mention about the secondary sensor’s specifications, but we’re sure it’ll be for the Live Focus feature. 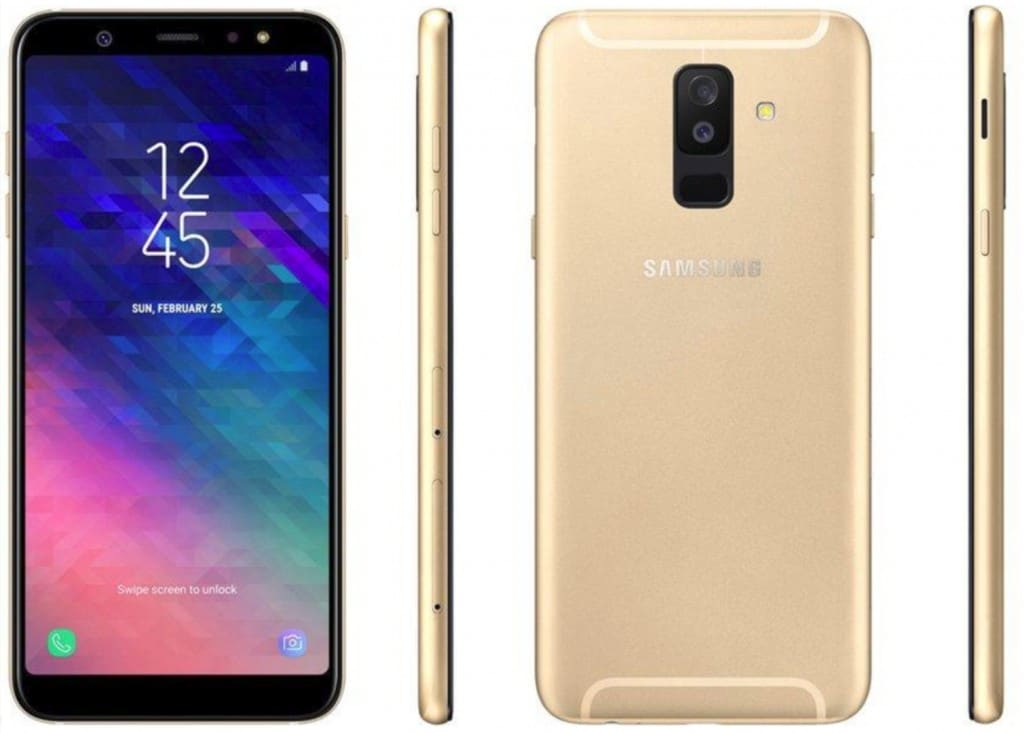 Rumored Samsung Galaxy A6+ in gold 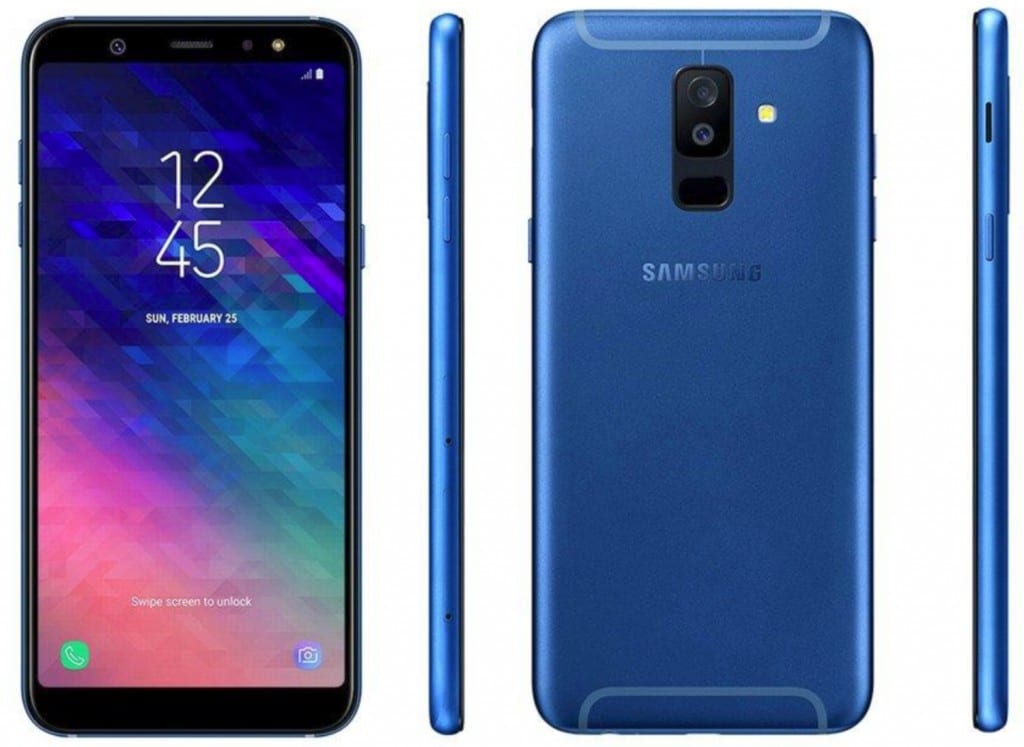 Rumored Samsung Galaxy A6+ in blue

With the case on, we thought the Galaxy A6 and Galaxy A6+ would have glass bodies since that’s the staple design of the Galaxy A series since last year. But, it looks like they’re going to borrow design cues from other midrange Samsung phones — the Galaxy J series.

If these renders are to be believed, the Galaxy A6+ will have a metal unibody design with a matte finish and unique U-shaped antenna bands. The renders also show two removable trays on the left side pointing to a dedicated microSD card slot.

We’re a bit skeptical about the metal unibody, so we’ll wait for more leaks and, of course, the official announcement before drawing conclusions. No release date for the Galaxy A6 and A6+ is set, yet.