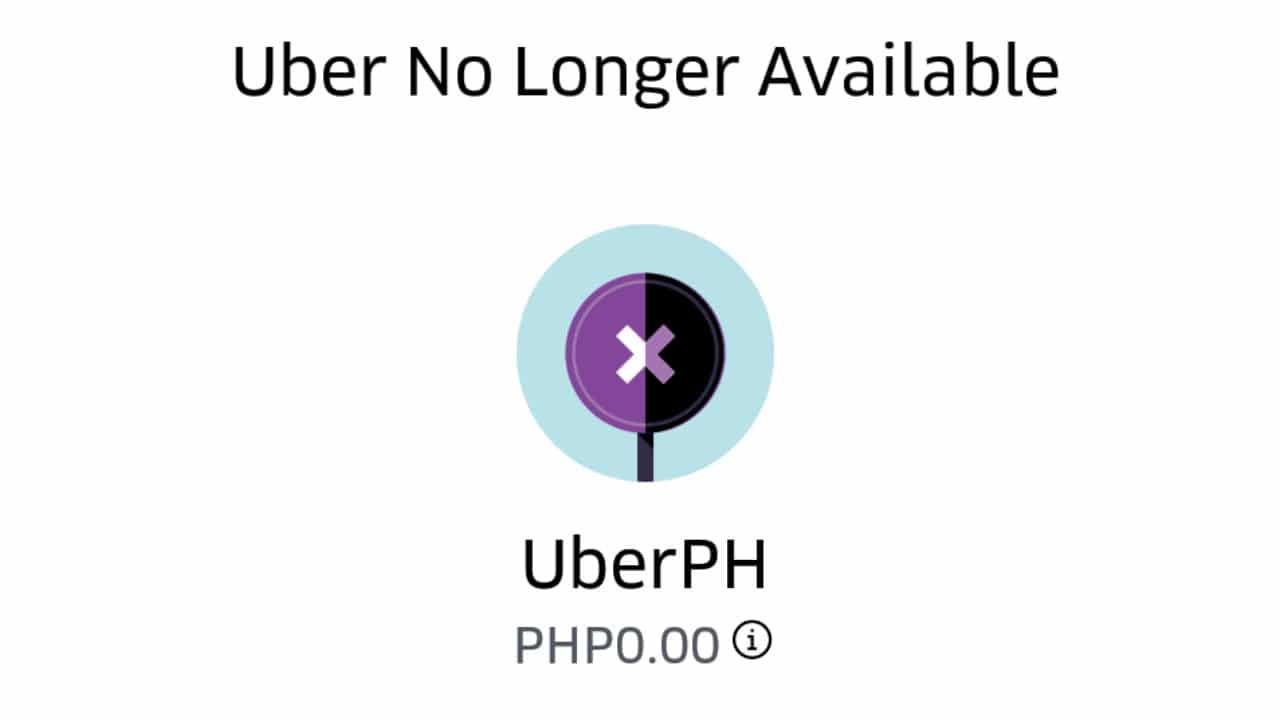 The Land Transportation Franchising and Regulatory Board or LTFRB has suspended the operation of ride-sharing service Uber for one month in the Philippines. The suspension is due to the company’s failure to comply to an earlier mandate by the transportation regulating body.

In an August 1 statement, Uber clarified that they indeed accepted applications saying they are “optimistic that with the ongoing discussions with the LTFRB, ride-sharing has a path forward.” The company insists these applications were not processed.

The suspension order was issued 6PM of August 14, 2017. The LTFRB also “strongly recommends” that Uber provide its drivers financial assistance during the suspension period.

Uber Philippines has issued a statement on the morning of Tuesday, August 15, 2017 saying they will comply with the suspension order and that they are doing everything they can “to resolve the situation in the soonest possible time.”

LTFRB versus Uber and Grab

There is an ongoing discussion between the LTFRB and ride-sharing services Uber and Grab over how the two companies should be regulated in the Philippines. Grab is another service that operates in the Philippines and in nearby countries.

In July 2016, the LTFRB issued a memo to Uber and Grab to stop accepting and processing applications. The two companies defied the order citing public demand as the primary reason and has since paid PhP 5 million as fine for the violation.

Uber facing issues around the world

Uber is no stranger to facing difficulties against the government. The company has appeared in headlines all over the world for continuing to operate without securing proper permits from the respective countries they operate in. Uber previously faced suspensions and fines in countries like South Korea, Taiwan, and New Zealand among others over a similar issue.

The ride-sharing service has also faced opposition from local taxi drives worldwide. Cab drivers and operators in countries like Spain, Portugal, and many others said Uber is unfair competition.

We’ve filed a motion for reconsideration with the LTFRB and will be resuming and continuing operations until the motion is resolved. pic.twitter.com/CNqXc9cjhw

It looks like Uber Philippines isn’t going to let their operations stall after all.

According to the company’s official Twitter account, a motion for reconsideration has been filed for the one-month suspension to be lifted. In the meantime, Uber will continue its services despite the LTFRB’s original orders.

In a report by ABS-CBN News LTFRB’s Lizada said the suspension “stands” despite Uber’s motion for reconsideration. The same report stated that Lizada sent a text message to the Metropolitan Manila Development Authority or MMDA saying, “Uber is online again. Let us apprehend them.”

We thank the public for its support over the last 24 hours. pic.twitter.com/h9BcdLQslh

The LTFRB has denied Uber Philippines’ motion for reconsideration to lift the month-long suspension. In a statement posted on its Twitter account, Uber said it will continue to work on resolving the matter urgently.

SEE ALSO: Grab will give you a free horse ride in Baguio