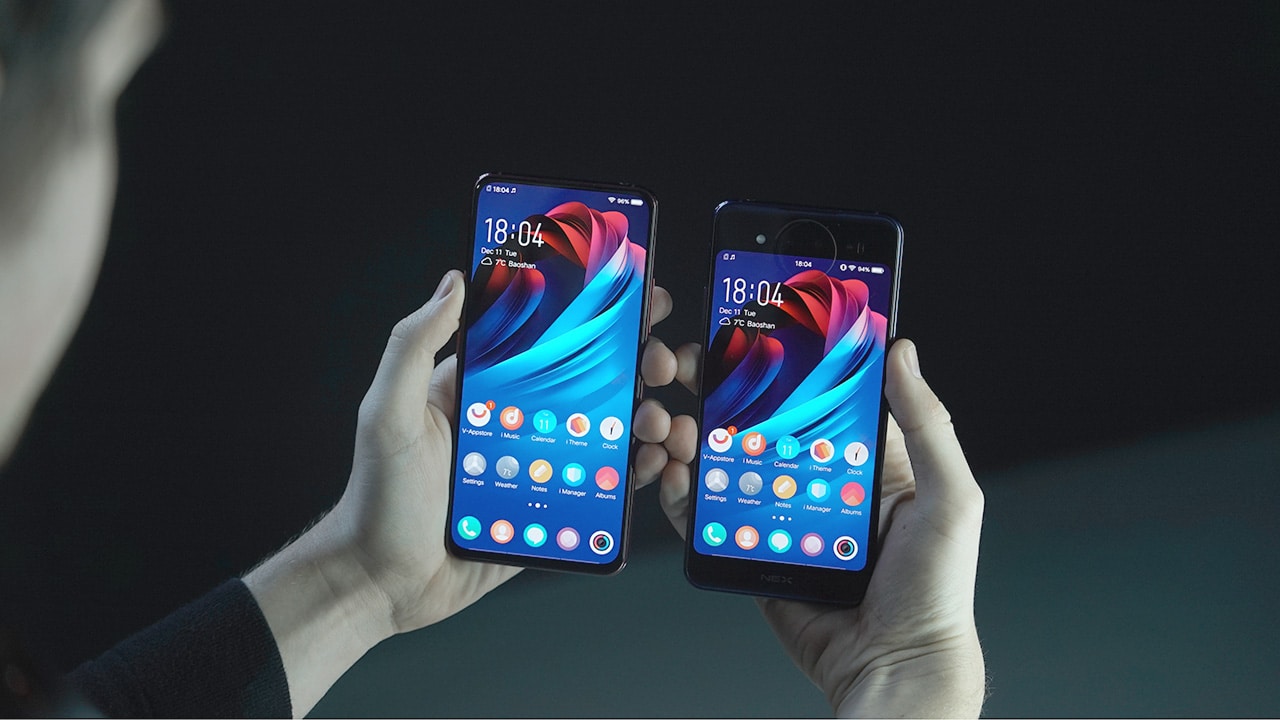 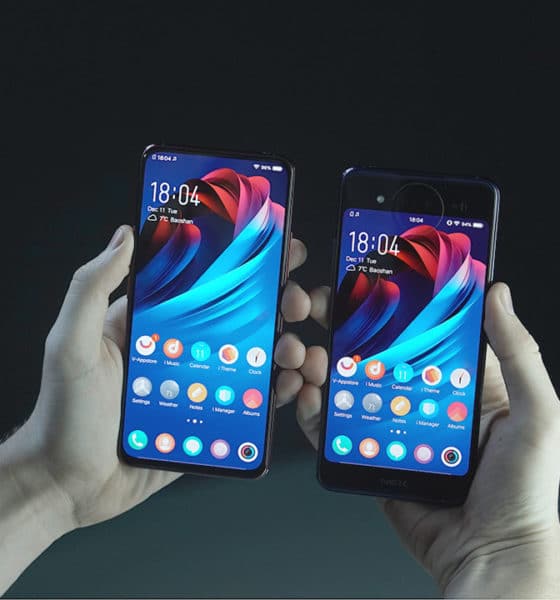 Two displays are better than one

The quest for the bezel-less future is far from over, and Vivo has yet another surprise in store for everyone before it bids farewell to 2018. Recently launched in Shanghai is a smartphone that will surely catch your eye because this time, it has two displays: the Vivo NEX Dual Display Edition.

Ever since the start of the year, Vivo has been introducing one innovation after another: in-display fingerprint scanning, Time of Flight (TOF) 3D sensing technology, and who could forget the all-display Vivo NEX with a pop-up selfie camera that we reviewed in June.

While we appreciate brands trying to come up with different notch-free solutions, it makes us question the choice of reverting to pop-up mechanisms to achieve an all-display smartphone. 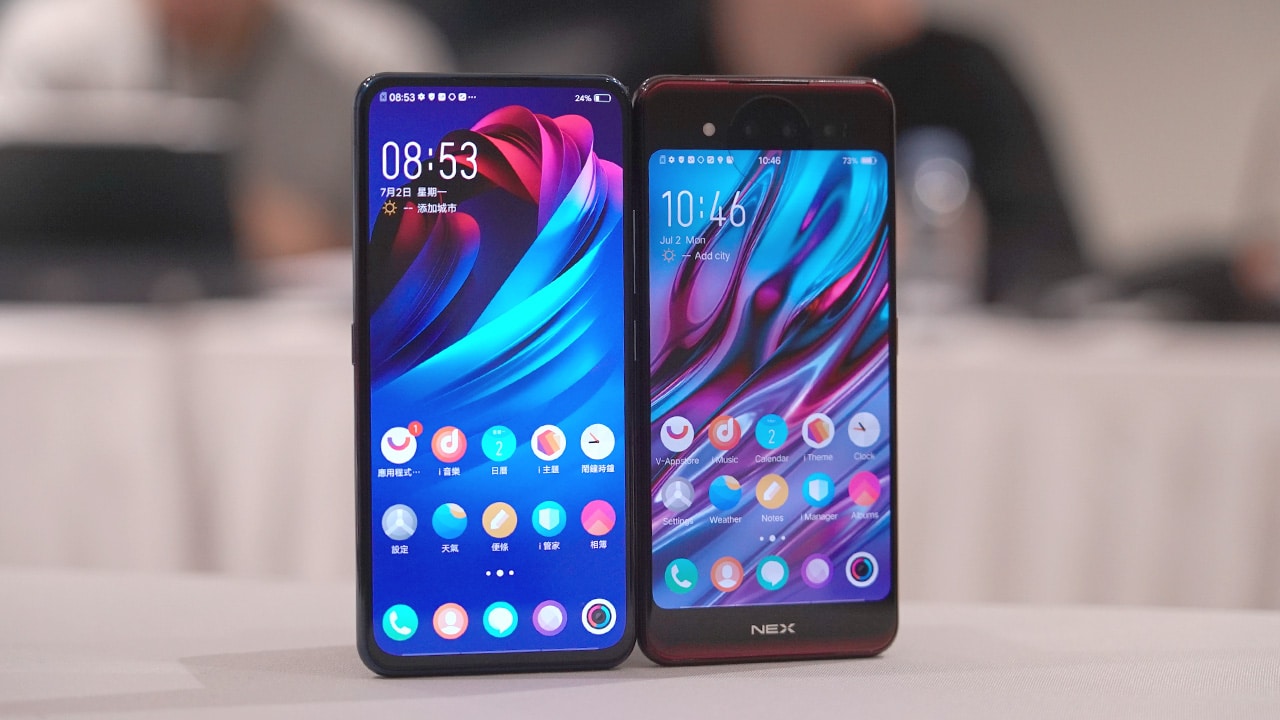 Vivo’s new proposal has two displays: a 6.39-inch Super AMOLED screen in front and another at the back at 5.49 inches. The Ultra FullView display boasts a 91.63 percent screen-to-body ratio, slightly higher than the original Vivo NEX’s 91.24 percent.

Having two displays may sound excessive but it actually has practical applications. On top of that, this implementation eliminates the need for pop-up cameras and one of 2018’s most hated smartphone feature — the notch.

Vivo Design Director Kyle Hsiao admits that the idea of creating both NEX phones came about around the same time while trying to solve the notch problem, hence the short gap between their launch dates. The pop-up mechanism was so easy to implement compared to having two displays on a single smartphone that it took almost 300 prototypes before finalizing the design we have today. 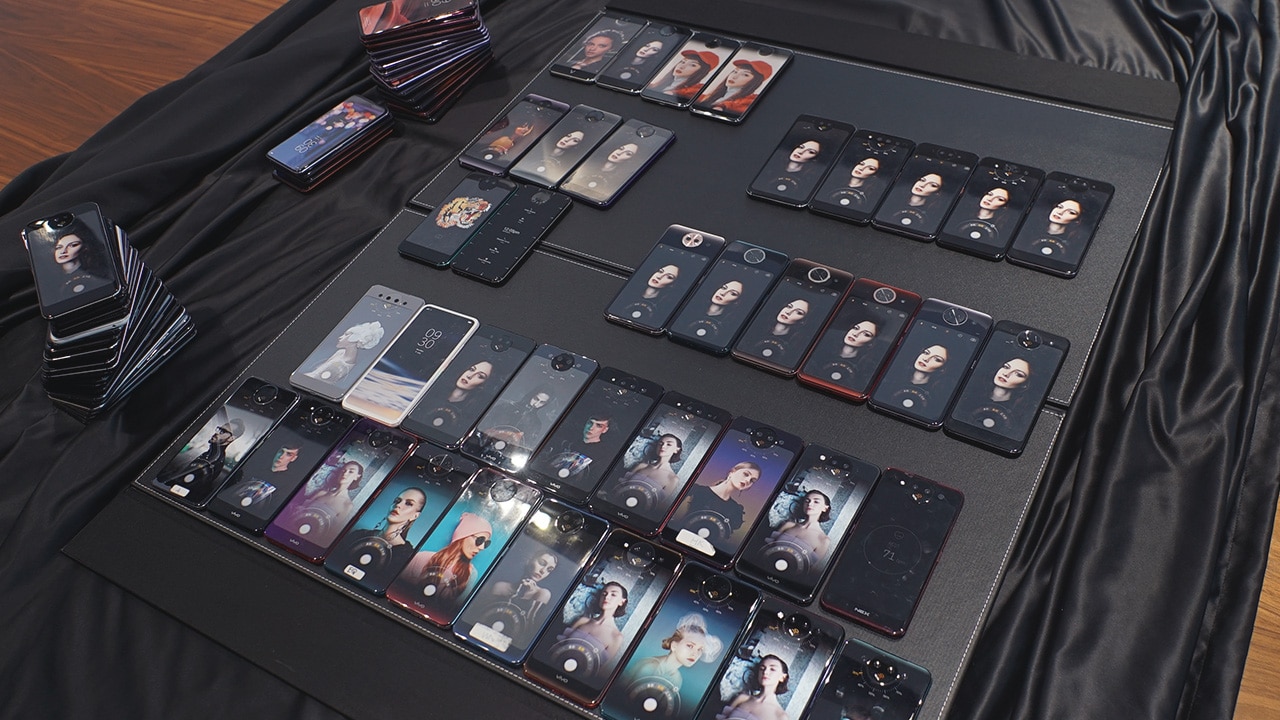 Hsiao says they don’t feel that the iPhone notch is the way to go. When working on the NEX Dual Display Edition, the design team had three considerations: technology, fashion, and most importantly, consumer experience.

Hsiao emphasizes that a smartphone doesn’t just have to look good, but has to be designed based on human needs. Mobile video app TikTok has been rising in popularity, and it’s this generation of users that Vivo had in mind when creating the new NEX — people who create and share their own content, no matter the level of production quality.

The last few years saw brands from China, including Vivo, to be simply copying what Apple does. Ultimately, Hsiao envisions the NEX line to always offer something different — something that breaks barriers. Although it is Vivo’s most premium line, it’s not about using expensive materials or coming out with the most premium phones, but providing solutions to users’ needs in a unique way.

In case you’re wondering, you can switch between the two displays in a multitude of ways. The easiest is by pressing the two buttons on both sides of the phone simultaneously. 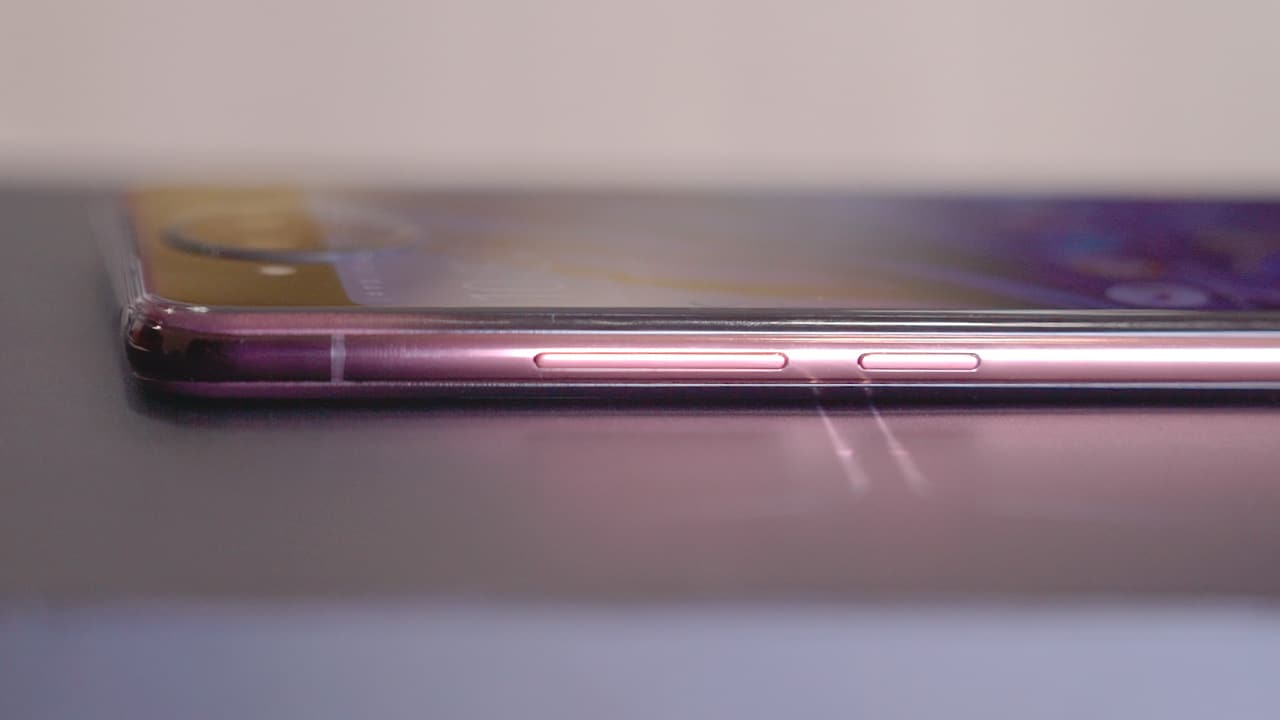 Speaking of buttons, placement is usual: volume rocker and power button on the right, and Vivo’s virtual assistant Jovy on the left. 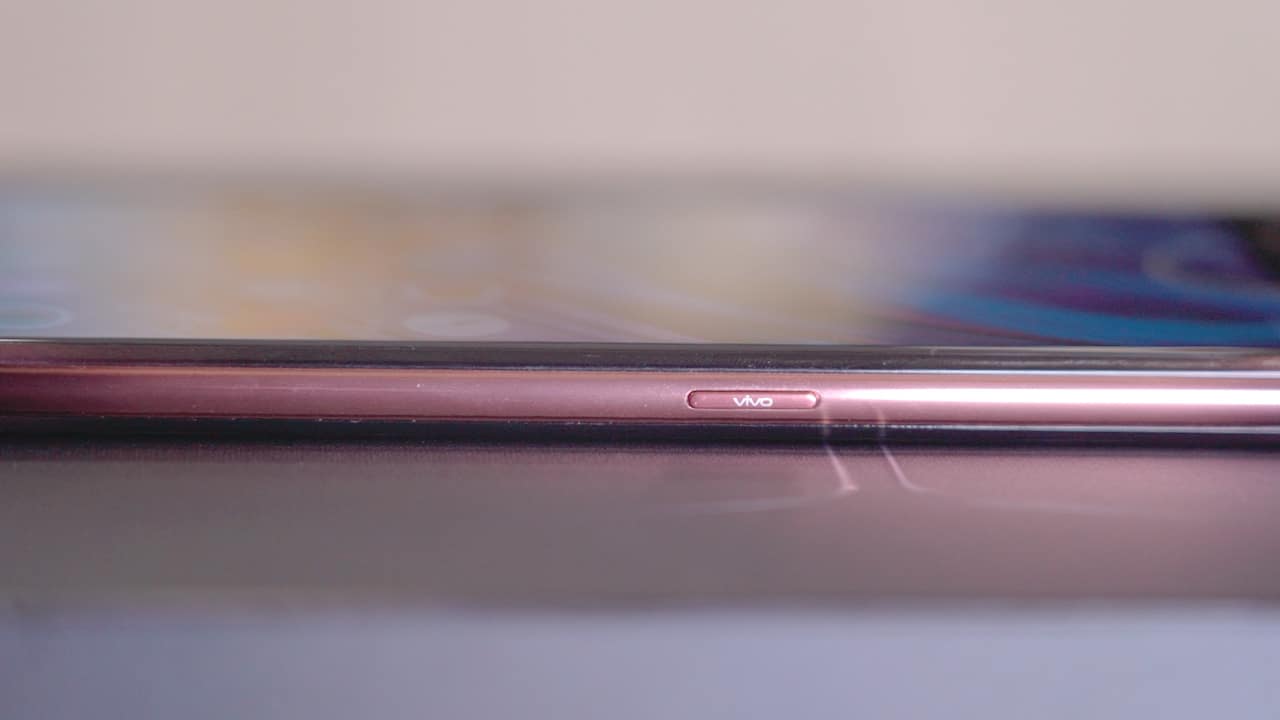 Vivo insists having a physical button for its personal assistant is a choice they made because they want to achieve a meeting of something that’s both real and digital, something users can interact with physically. 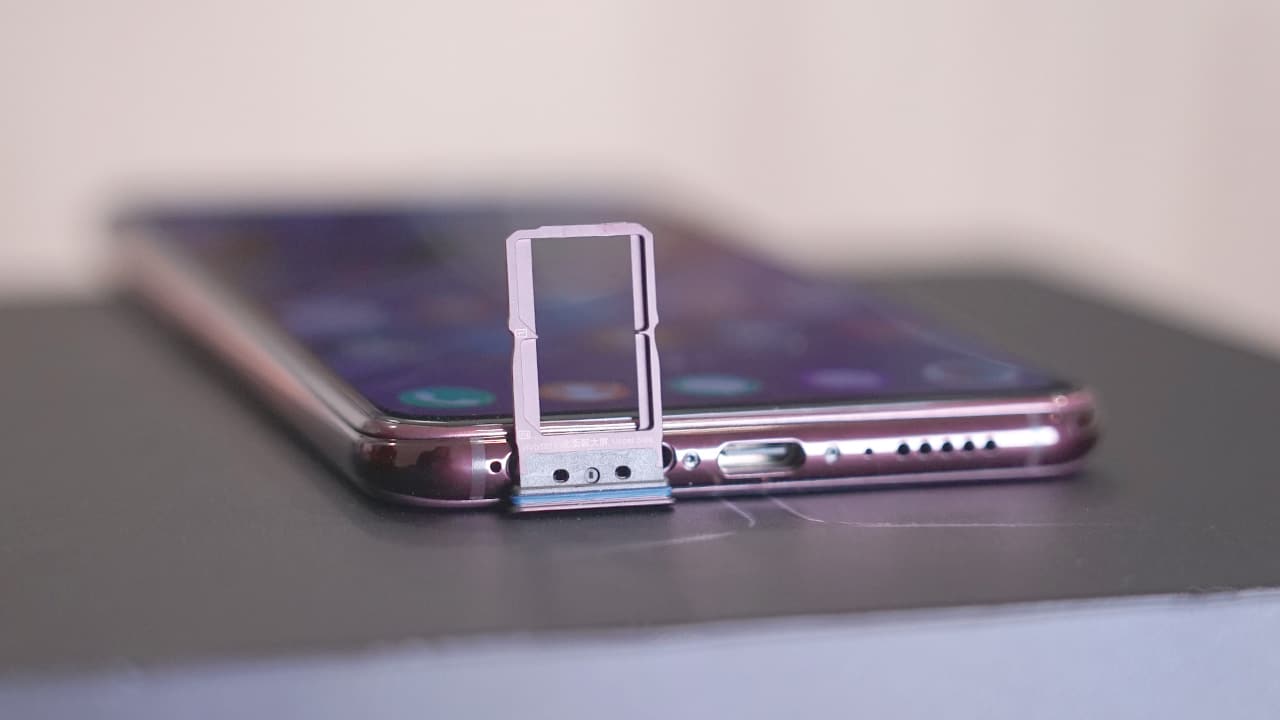 Dual nano-SIM card tray, USB-C port, and speaker grilles are at the bottom. 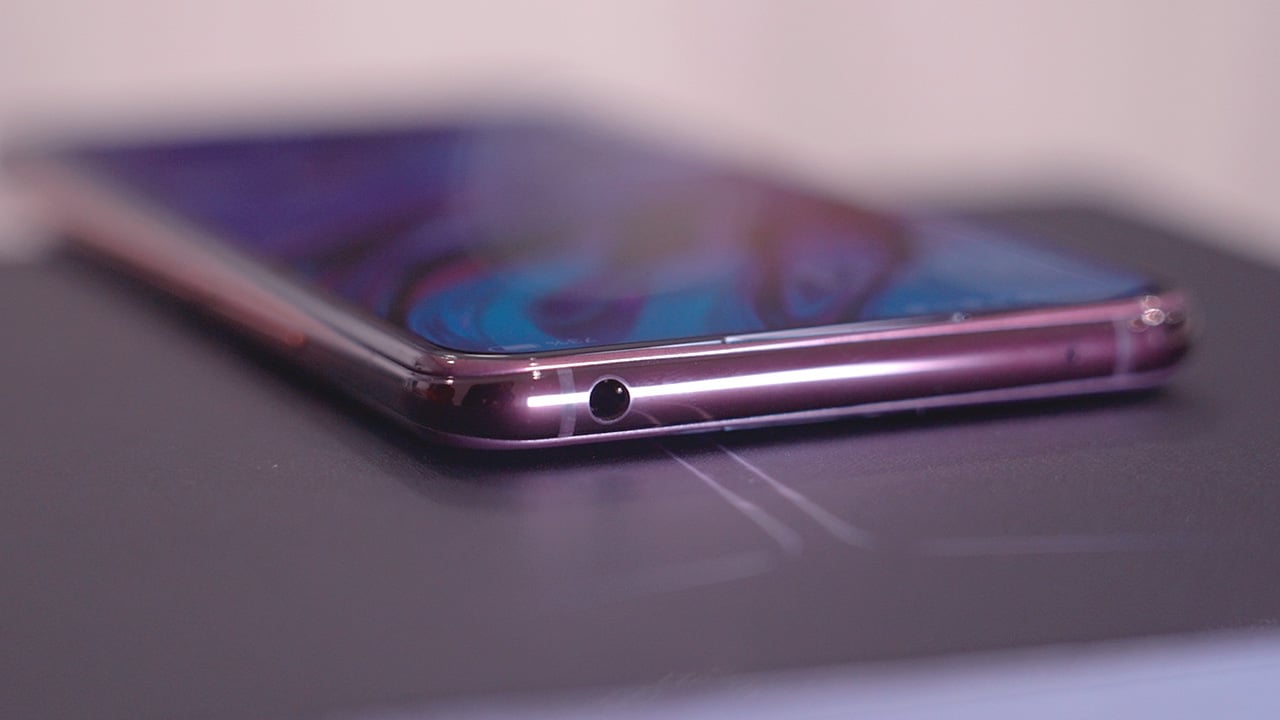 And yes folks, the headphone jack lives to fight another day. 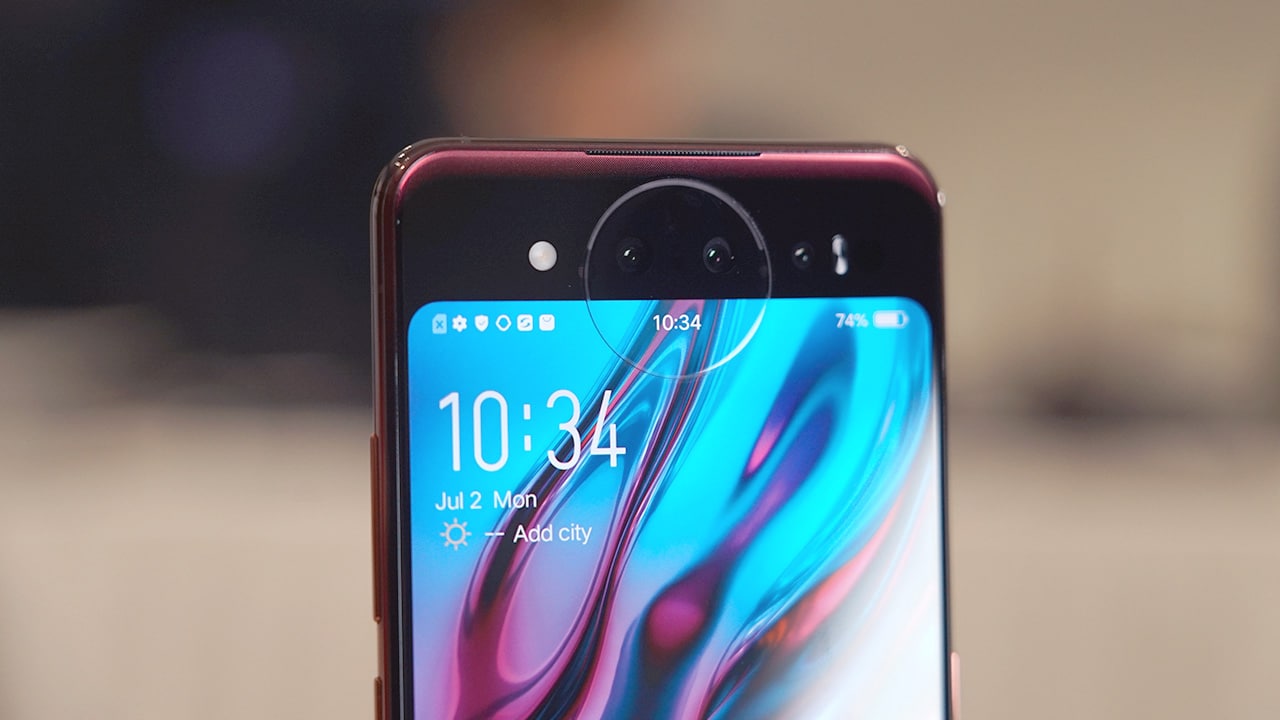 You also get an earpiece on both sides of the phone, and that’s because even if the rear display is just secondary, it functions the same as the main one. So, you can also take calls no matter which one you’re using.

One question we get a lot when it comes to unconventional phones like the NEX is, “Will it work with a case?” 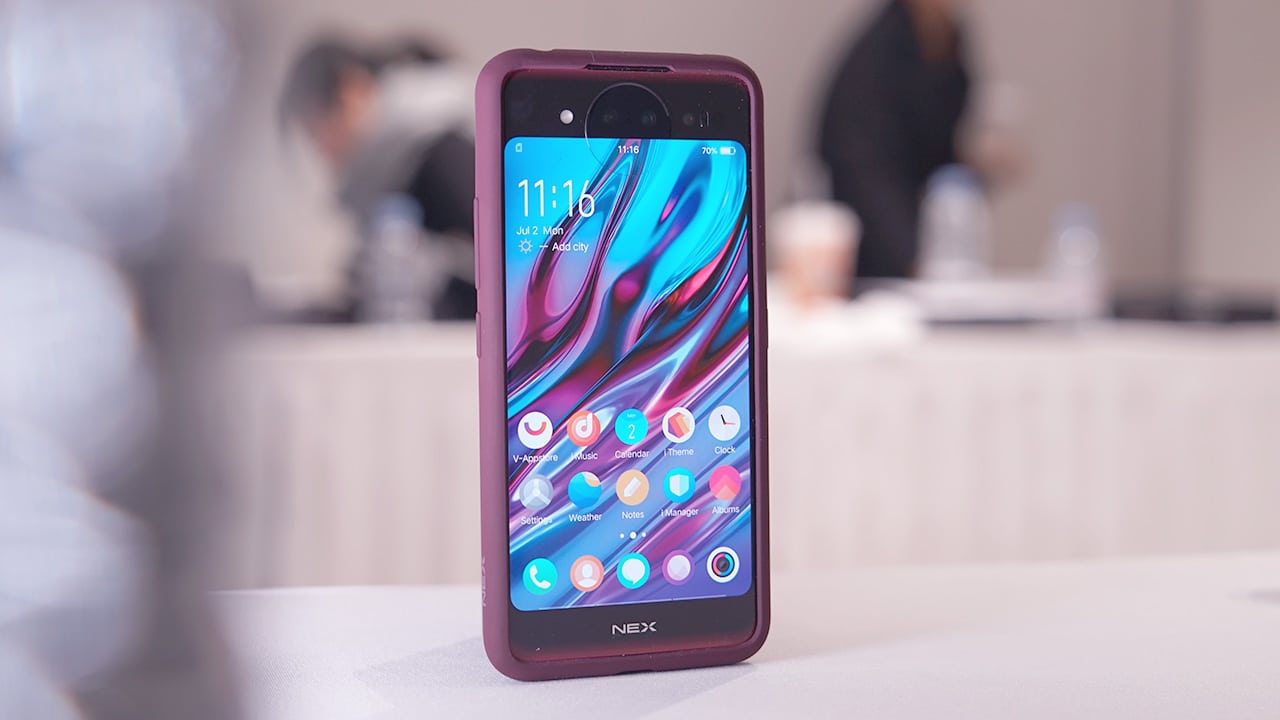 The Dual Display Edition comes bundled with a bumper that matches the phone color so the phone stays protected from accidental drops.

All photos are equal

The Vivo NEX S’ pop-up selfie camera is one of the best we’ve used this year that we even named it our favorite recently.

With another display at the back, Vivo ditches the pop-up mechanism for only one set of cameras on the Dual Display Edition. The setup found at the back doubles as a selfie camera: a 12MP dual-pixel main camera, a 2MP night video camera, and the Time of Flight 3D Camera. 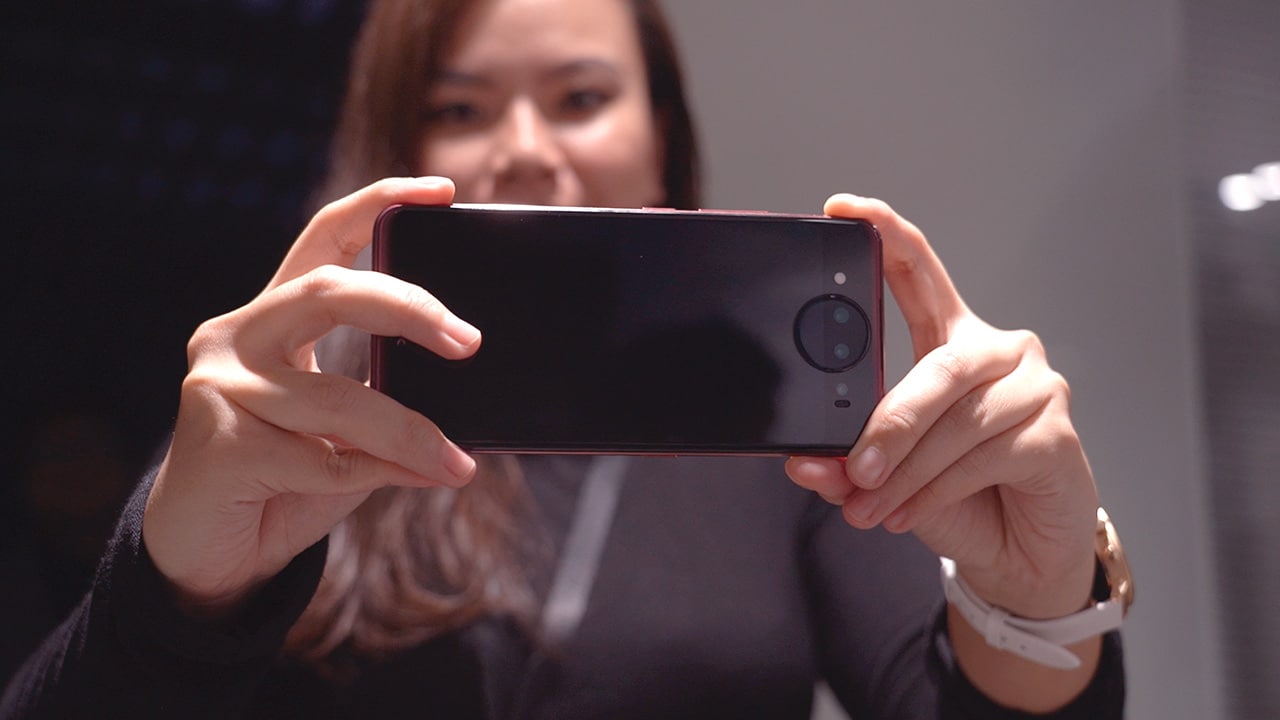 This means all your photos will look equally good, whether landscape, portrait, or a selfie. Vivo believes that selfies need not be inferior compared to photos taken on the main camera.

We haven’t had the chance to take the phone out in the real world during our time with it but if the NEX S’ cameras are any indication, this triple-camera setup will not disappoint.

Some smartphones, especially those made specifically for taking selfies, usually have a front-facing flash or some kind of fill light built in. The NEX Dual Display Edition steps that up with a ring light, which Vivo calls the Selfie Spotlight. 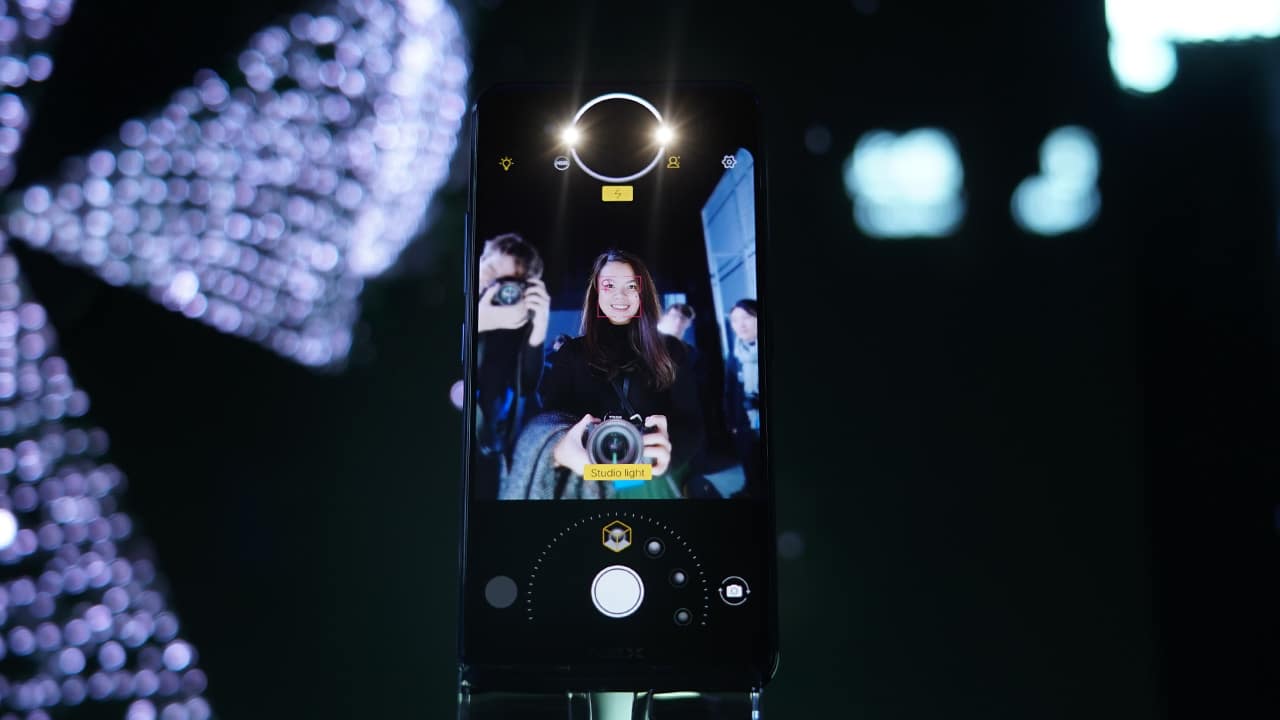 You know how beauty vloggers’ eyes look like they shine? It’s because most of them use a ring light when doing makeup tutorials. Of all the new features on this NEX phone, this is the one I got most excited about.

Because Vivo has always been really popular with its selfies, even if there is no dedicated selfie camera anymore, they actually added more features to make the most out of the two displays.

There are modes like Mirror Mode, which allows you to see yourself on the back display, even while being photographed by someone else. There’s also Pose Director, which can show you pose references that you can copy. This way, you can compose yourself better, and find your optimal angle the same way that Crazy Rich Asian family did. 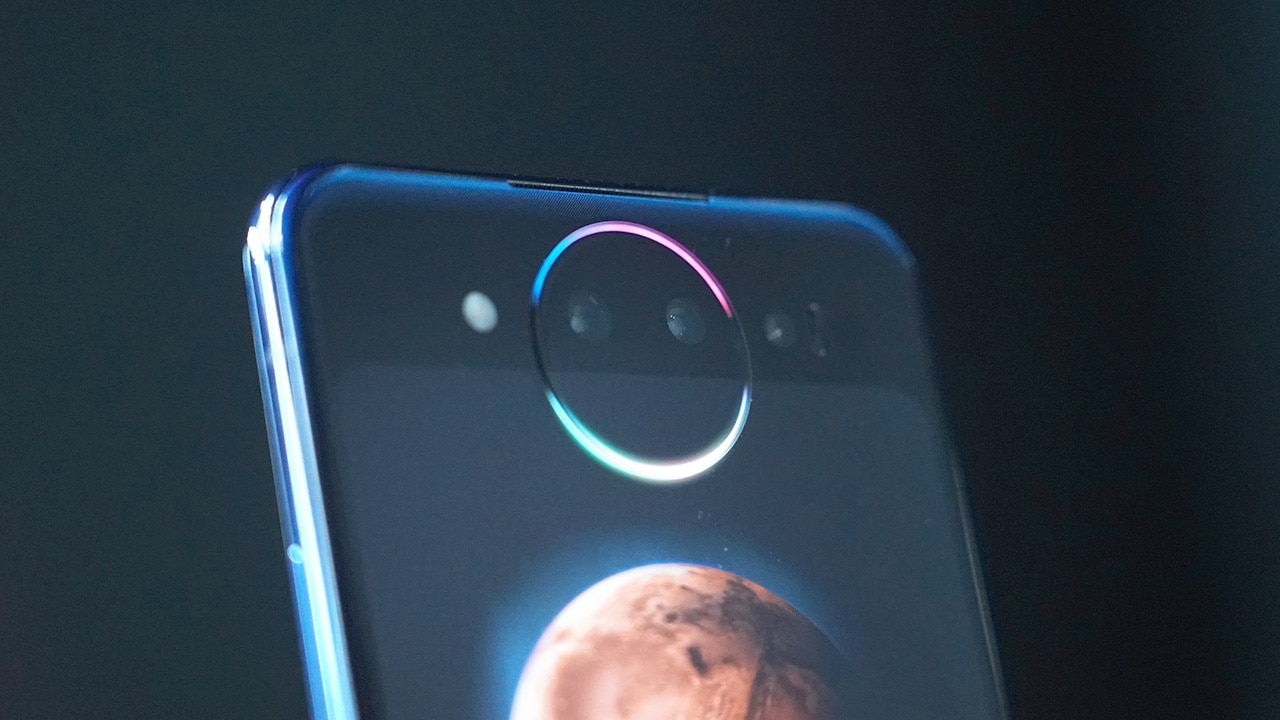 That circular bump around the cameras is called the Lunar Ring. Apart from serving as a ring light when taking selfies, you can set it to glow when you get notifications or even pulse when playing music.

Another practical feature a dual-display phone like this offers is extra controls when gaming.

Certain games are played much better when you have a separate controller, but an extra display is the closest you can get to that without carrying another accessory. 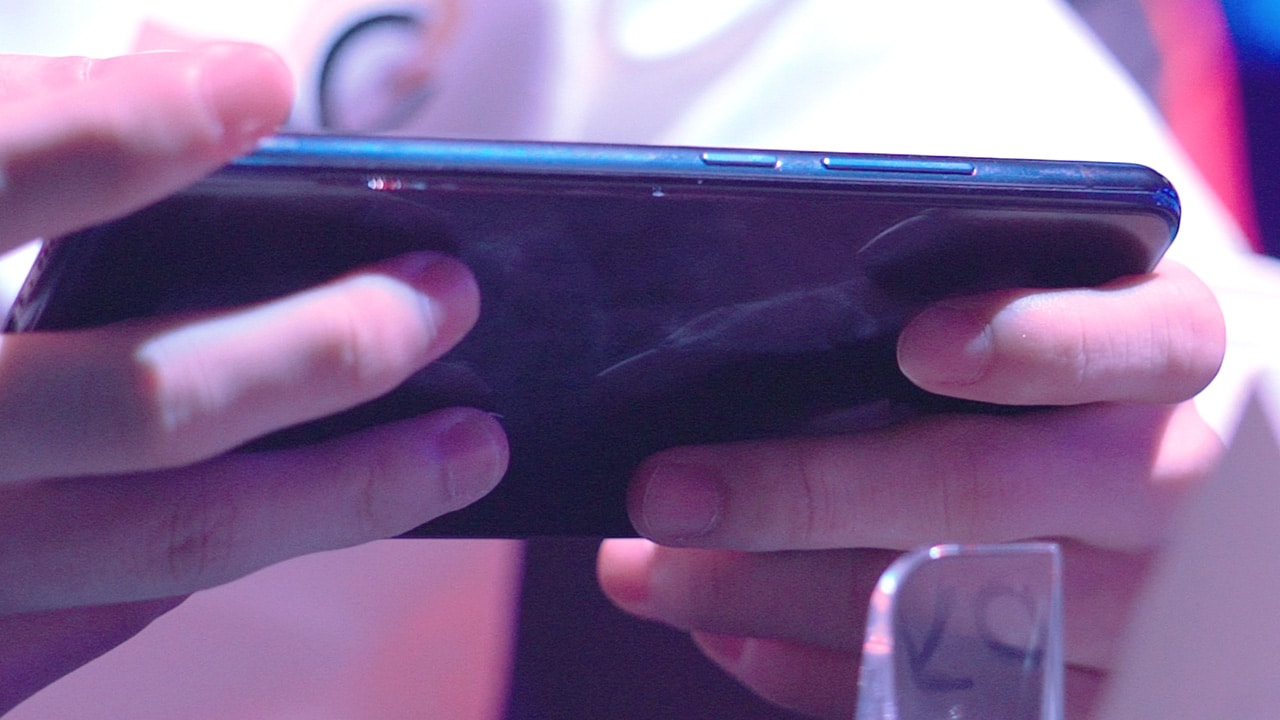 We had a limited time with the phone, but we look forward to trying this feature out ourselves once we get our own review unit!

While we’re on the subject of gaming, it’s worth mentioning that the NEX Dual Display Edition has all top-of-the-line specs you can expect from a flagship smartphone in 2018: Snapdragon 845, 128GB storage, and even 10GB RAM, making it one of the first smartphones to come with that much memory.

If you remember on the original Vivo NEX S, we only had one biometric option — an in-display fingerprint scanner. Because the front camera uses a pop-up mechanism, we didn’t get face unlock then.

On the Dual Display Edition, you get both fast and secure options. Built onto the main display is an in-screen fingerprint scanner, a technology pioneered by Vivo. 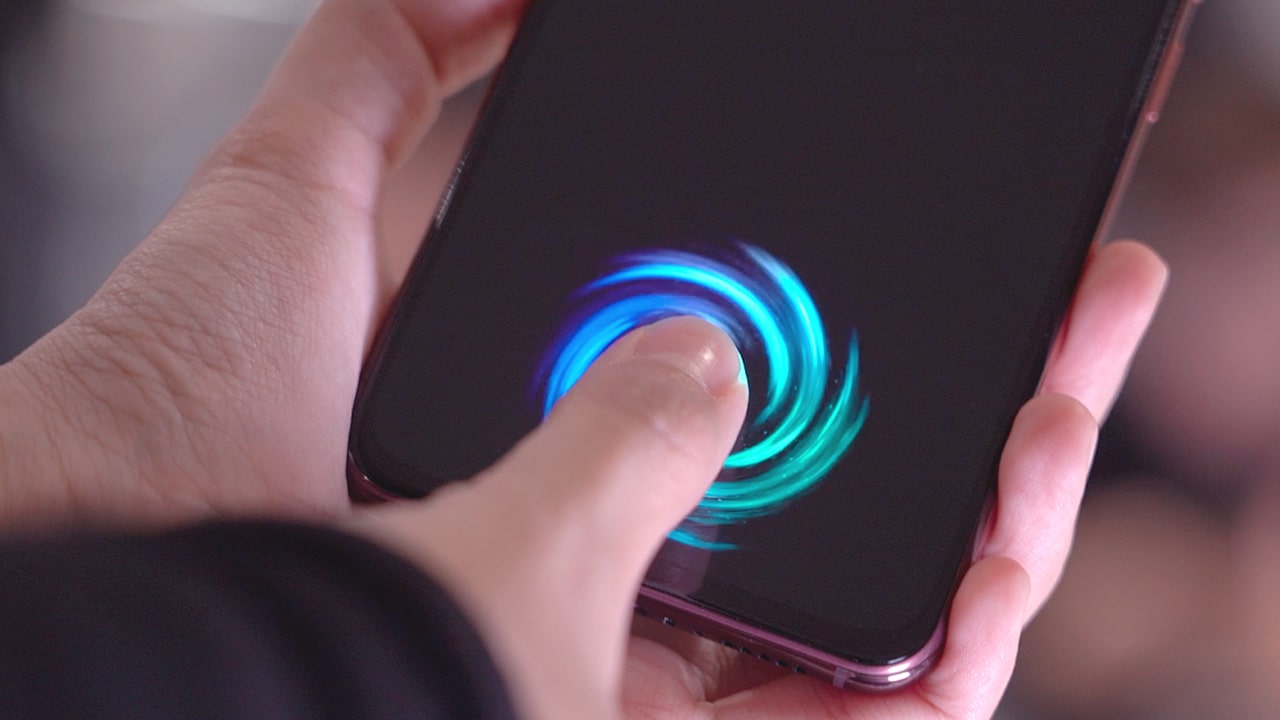 We’ll have to wait ’til we get an international review unit to answer this question, and that’s coming really soon.

The original Vivo NEX, no matter how futuristic it seemed at the time it launched, was a phone that felt normal and practical over time. Even though it came merely six months later, the Vivo NEX Dual Display Edition offers an entirely different experience than the former.

But, like we said in our Vivo NEX review, we appreciate how in its bid to distinguish itself among the many global players, Vivo built yet another premium smartphone that’s both innovative and fresh with ideas. 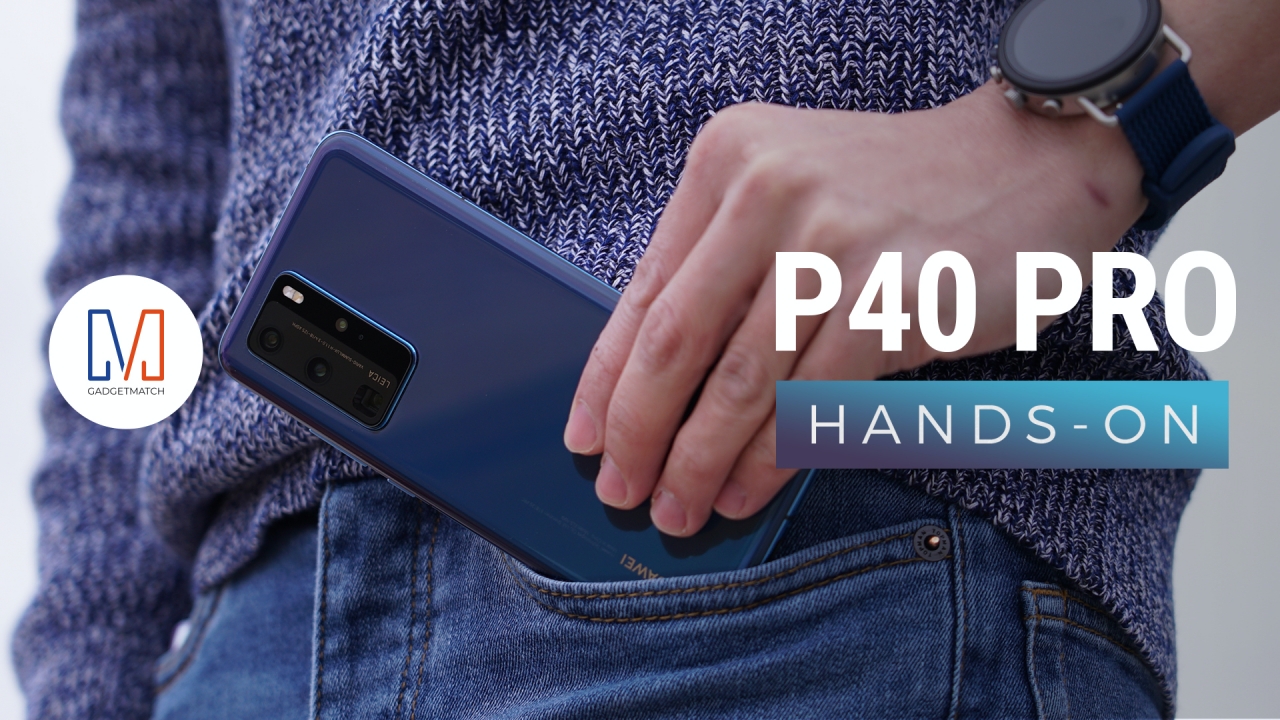 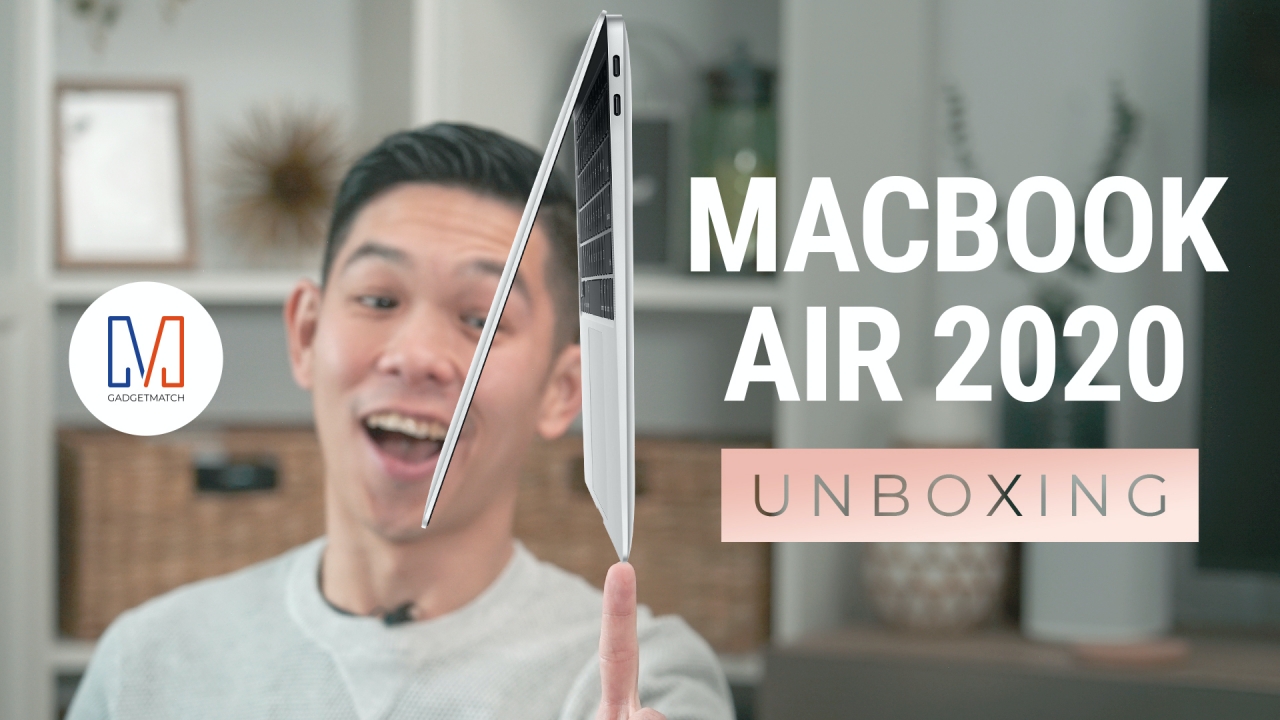 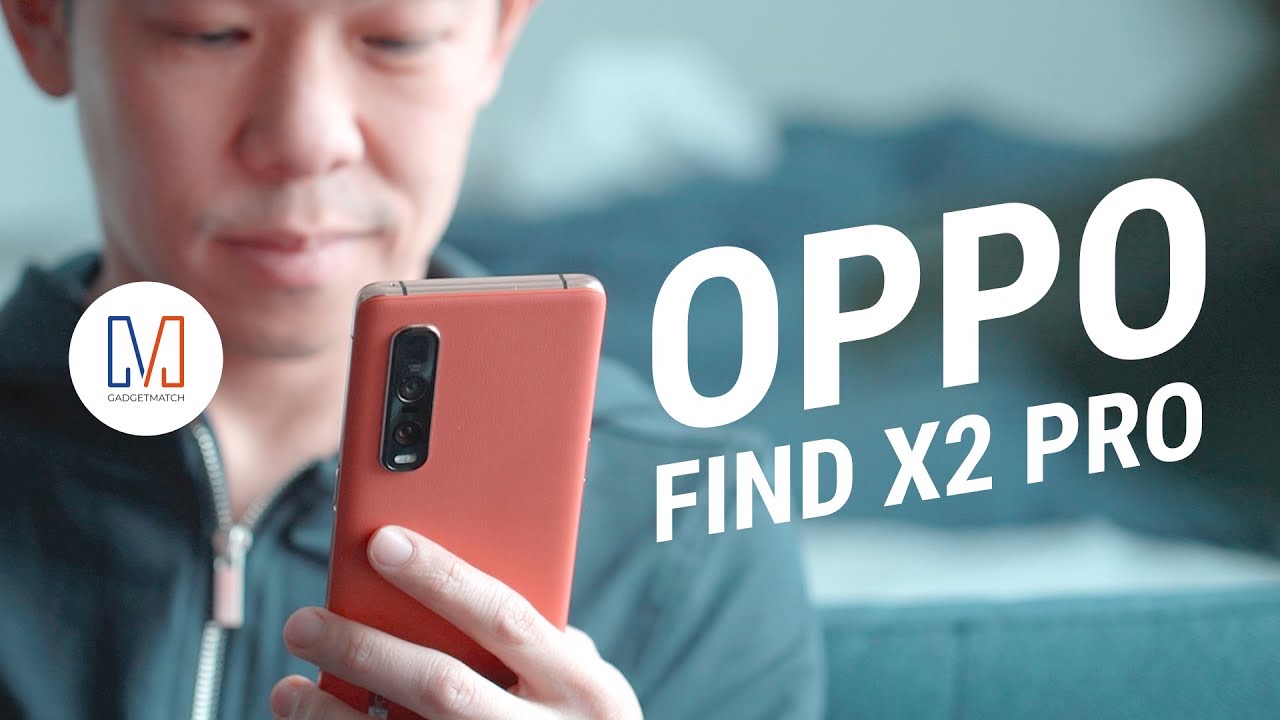