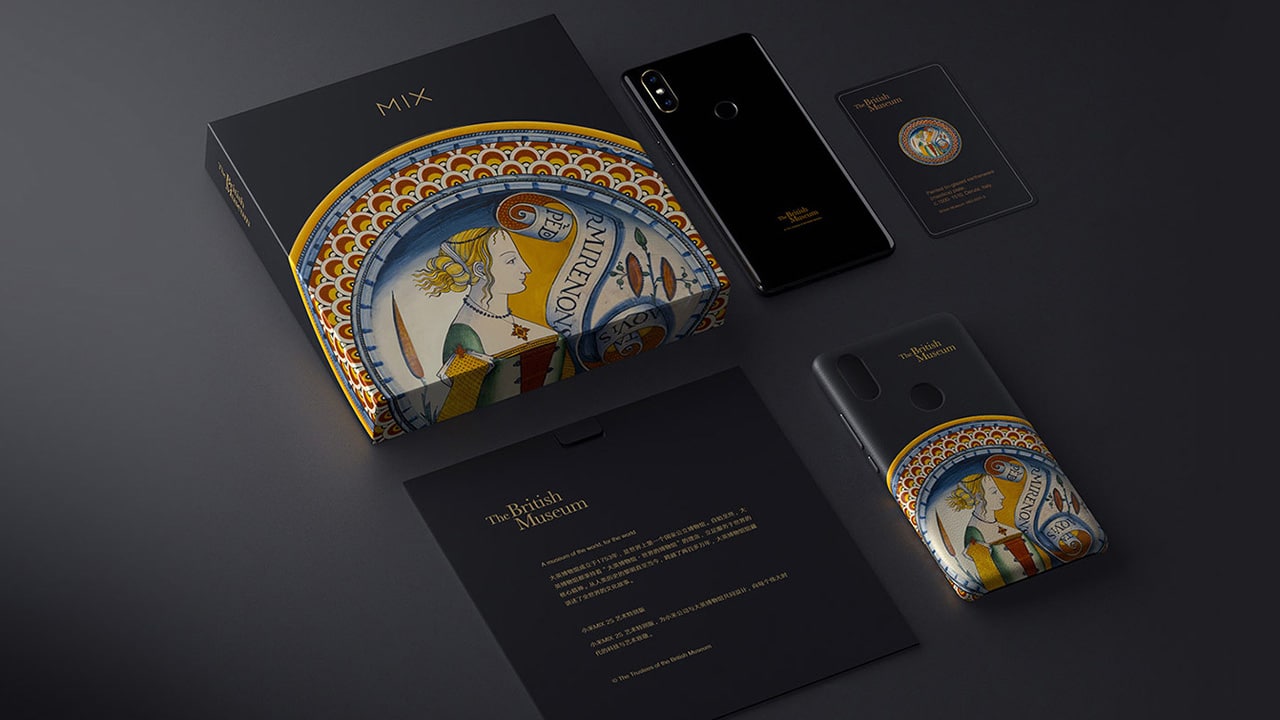 Roughly two months after the Shanghai event, Xiaomi has launched a special edition Mi Mix 2S designed in collaboration with the British Museum and it’s unique in so many ways.

While most limited edition devices ride the wave of pop culture or sporting events, Xiaomi is sticking to its message: The Mix line is a piece of art much like those found in museum collections. 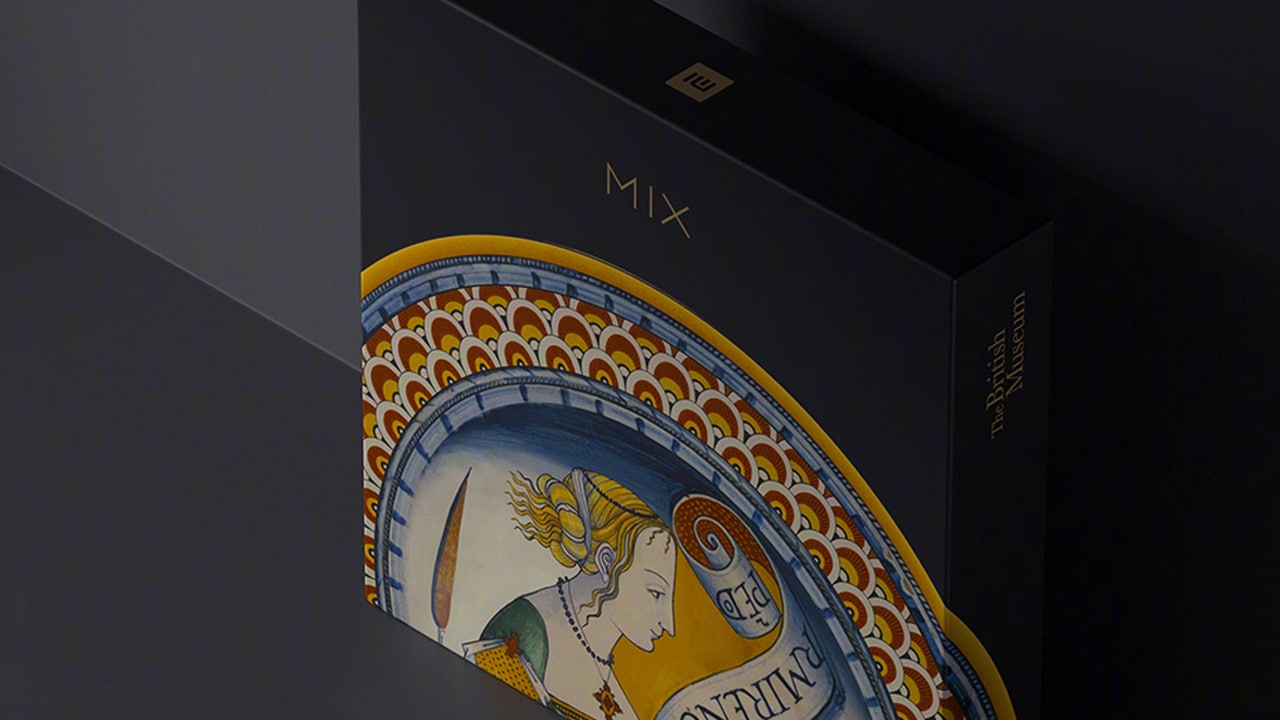 Like previous Mix boxes, this special edition box has minimal branding but has a print of a Maiolica dish made in Deruta, Italy in the early 1500s. 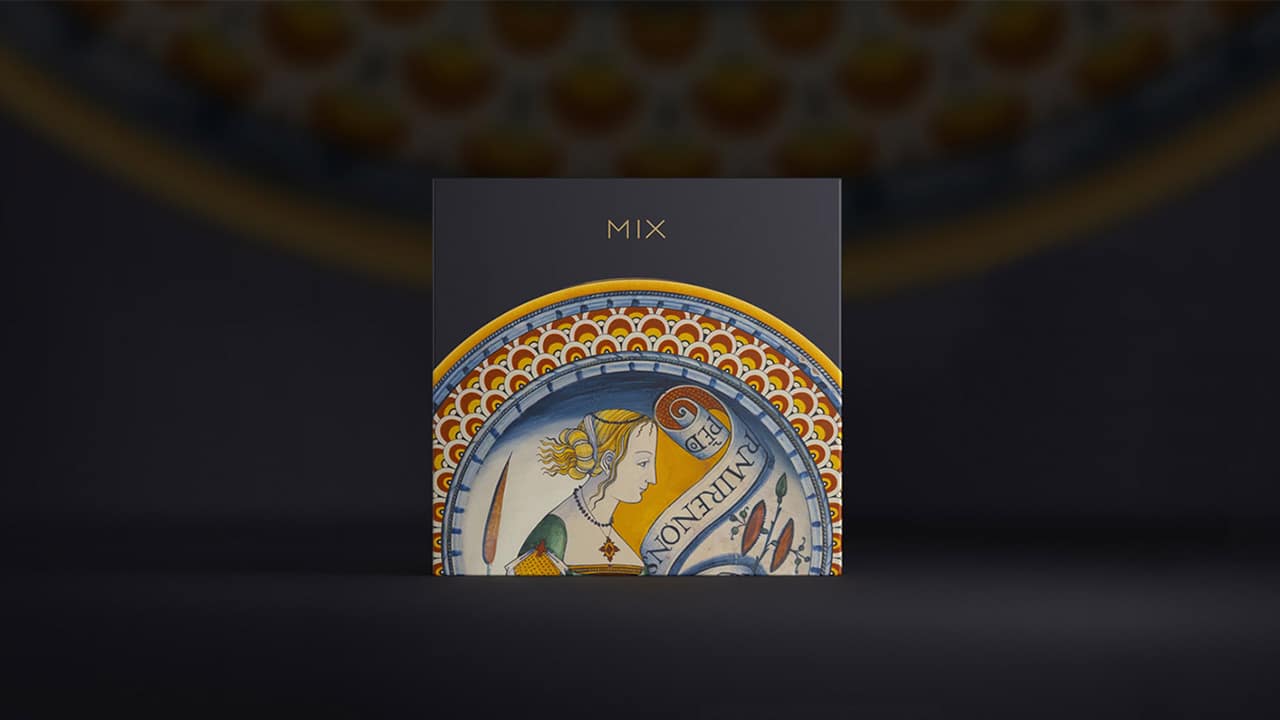 The British Museum describes it as a painted tin-glazed earthenware showing a profile portrait of a woman with a scroll that reads PERDORMIRENONSAQVISTA. 🤷🏻‍♀️ 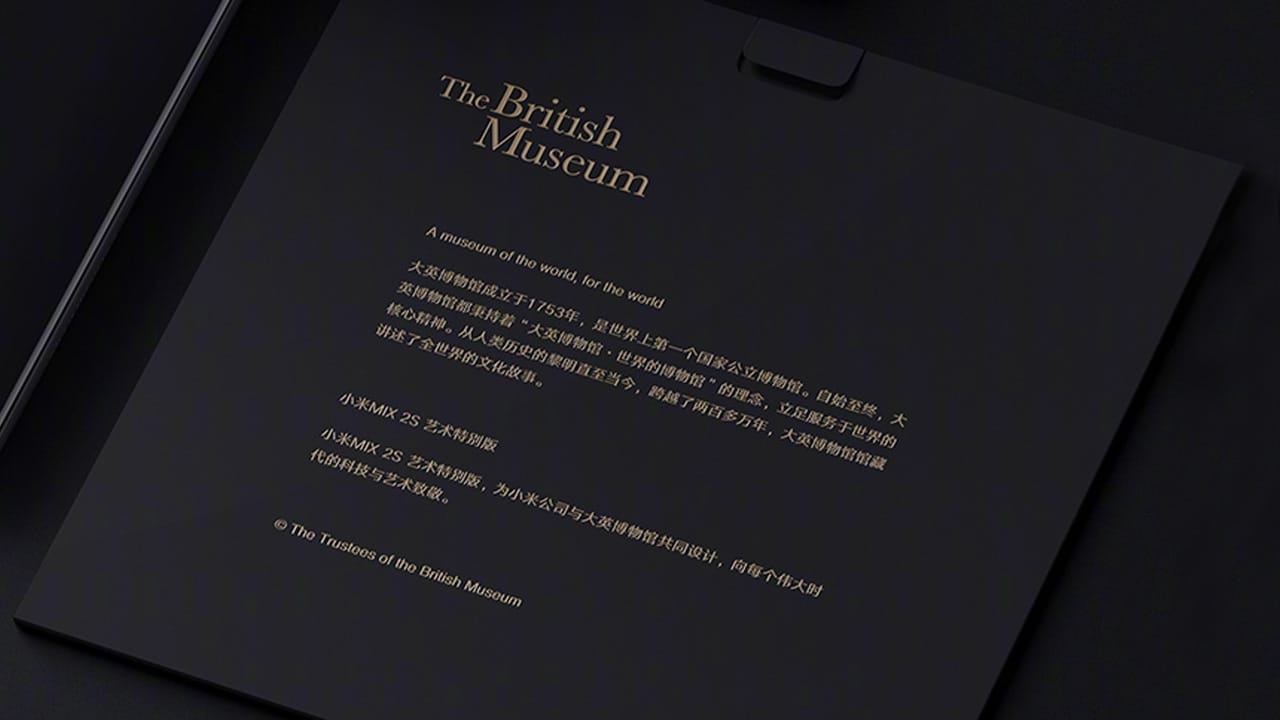 The box comes with a note from the Trustees of the British Museum about the collaboration instead of a letter from Xiaomi CEO Lei Jun. 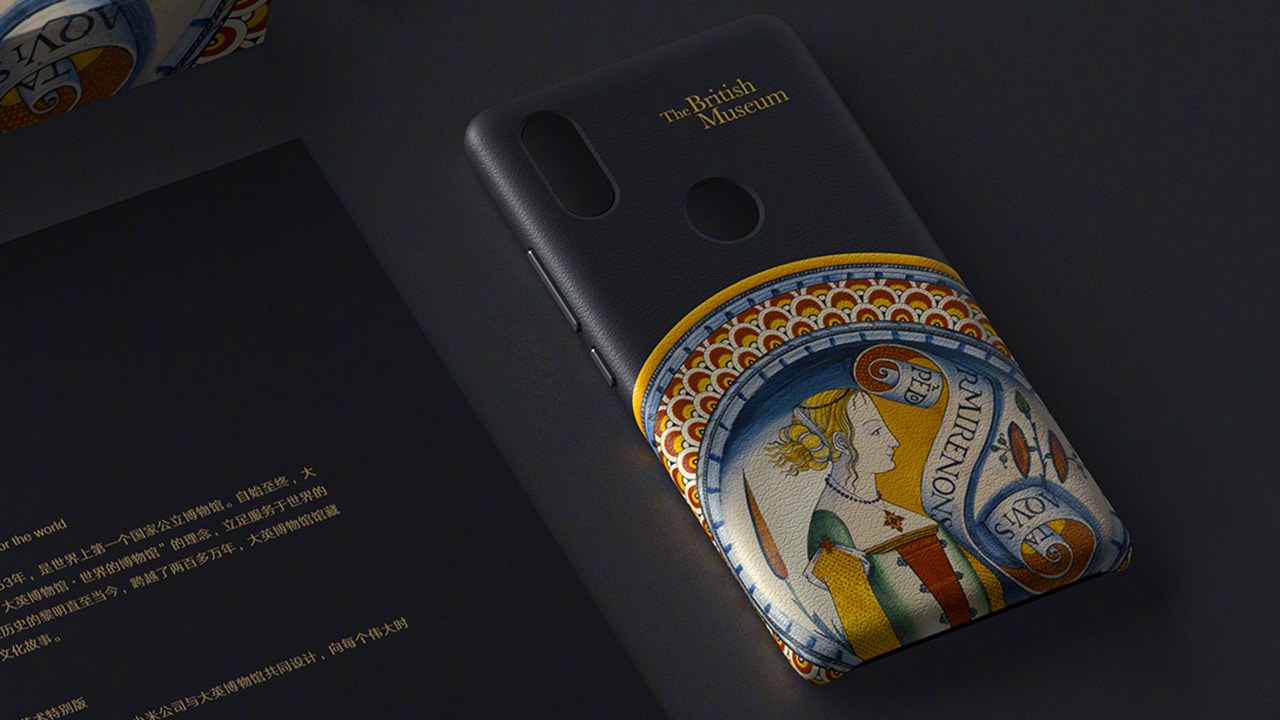 As this is a special edition Mix phone, the bundled case is also leather like the one that came with the 18K Gold Exclusive Edition Mi Mix. At the back it also features the same piece of art and the logo of the British Museum. 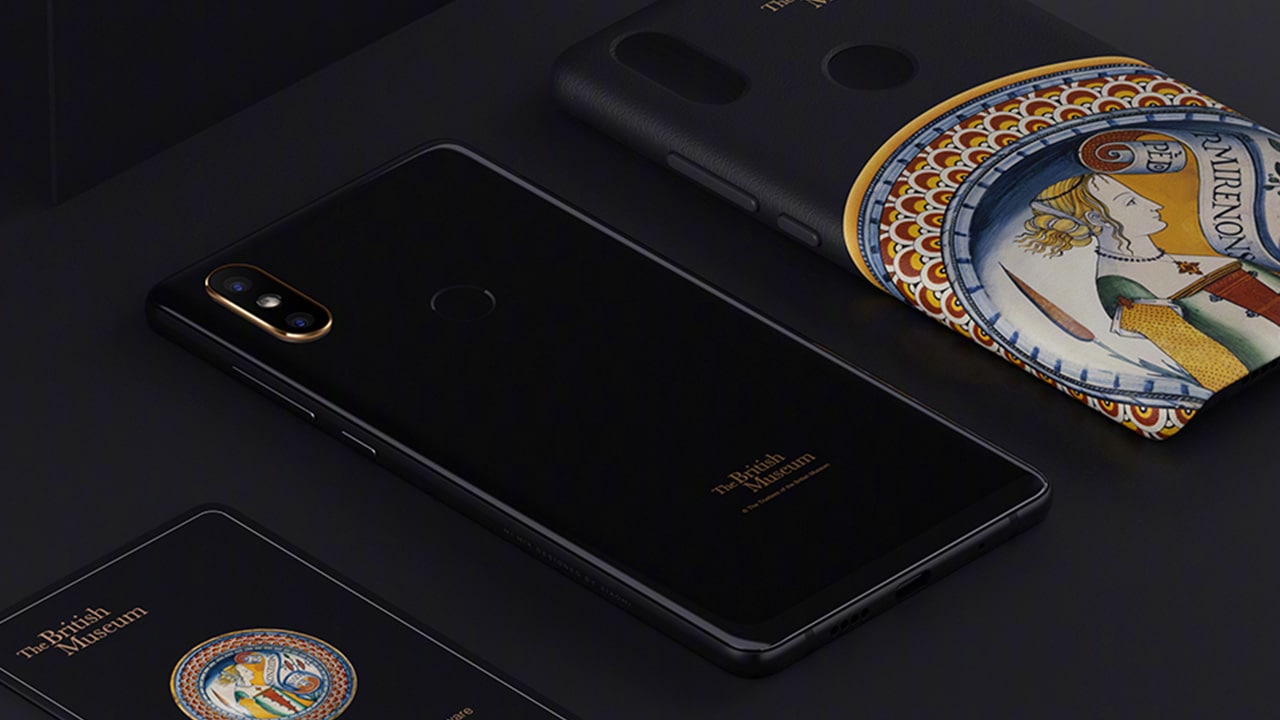 The special edition Mi Mix 2S has gold trims and comes in the same black ceramic back and rounded aluminum body launched in March. 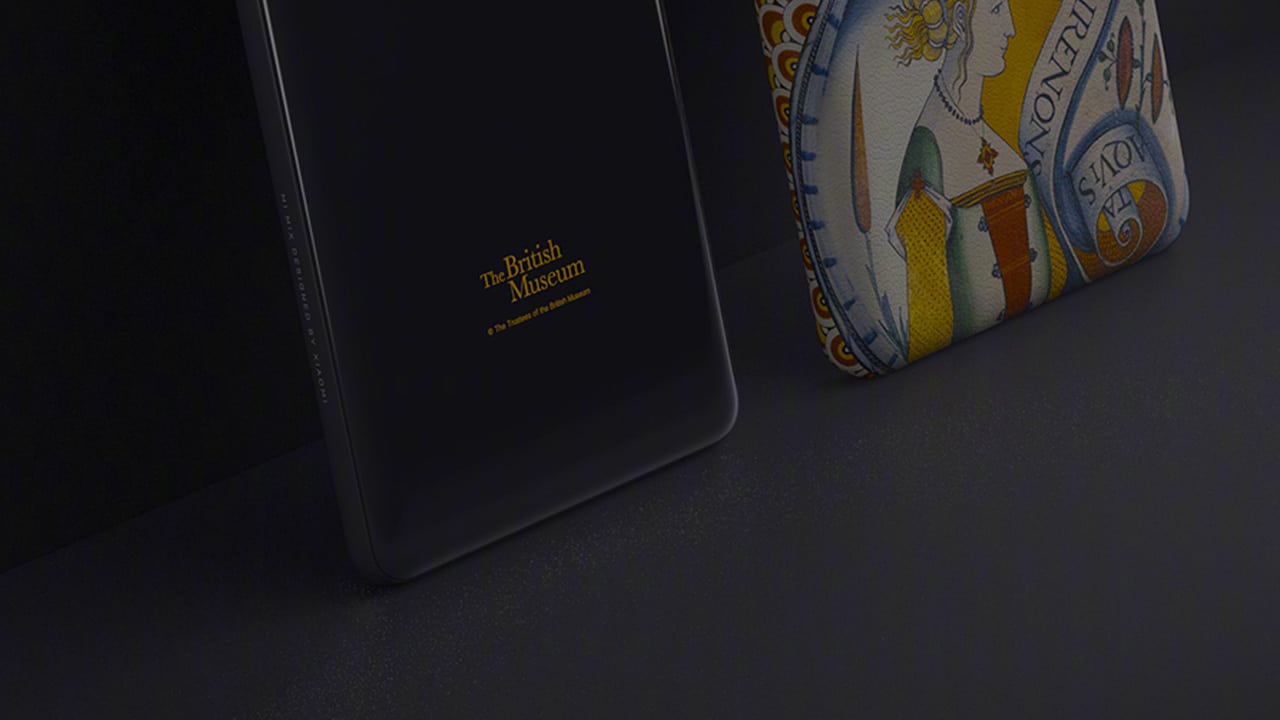 But at the back, you’ll find the British Museum logo engraved, moving the Mix Designed by Xiaomi mark to the right side. 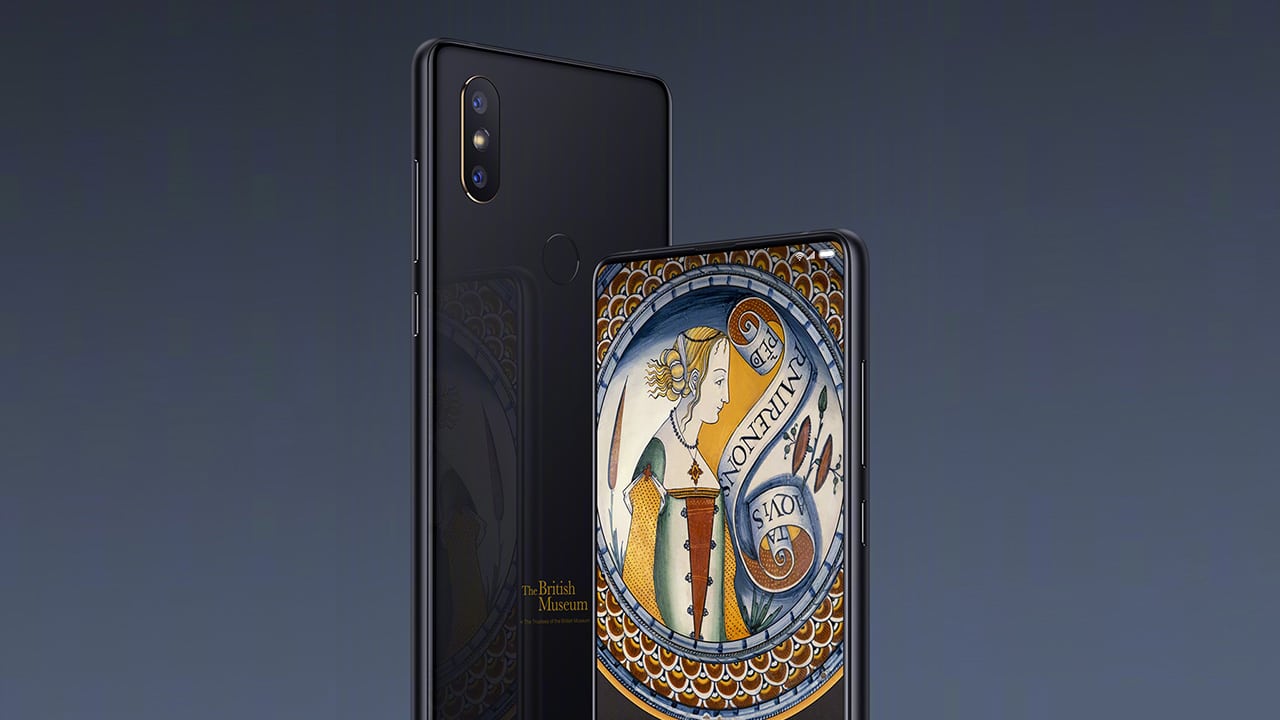 In front the phone is still all glass and notch-free, but comes with a matching wallpaper of the Deruta piece.

The special edition Mi Mix 2S will come in the 8GB memory with 256GB storage configuration, and will be on sale in China starting May 10 for CNY 4,299 (US$ 675). This makes it one of Xiaomi’s most expensive phones to date, right after the unibody ceramic Mi Mix 2 that cost CNY 4,699 (US$ 736) at the time it was launched last year.

Mix is Xiaomi’s award-winning line of premium phones, making Xiaomi the Chinese company to win the most number of industrial design awards not just in China but in other parts of the world.

In December 2017, the Mi Mix and Mi Mix 2 have also been added to the permanent collection of the contemporary art museum Centre Pompidou in France.