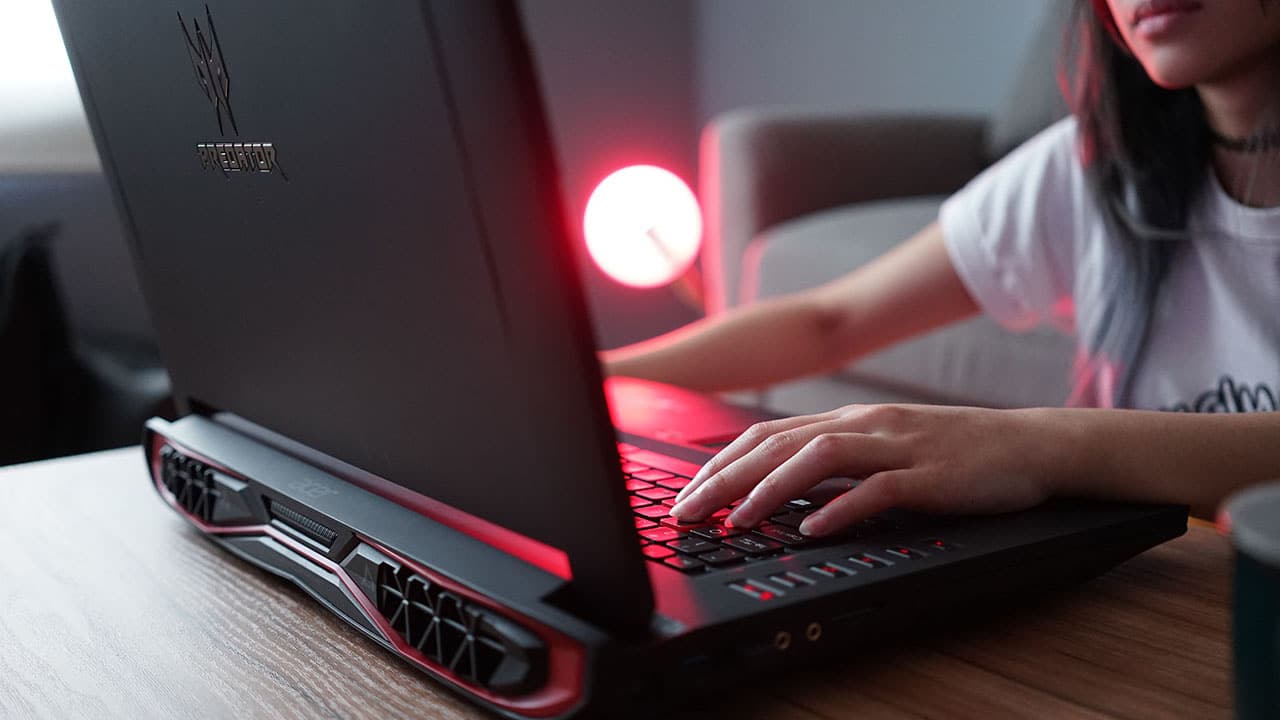 I got my hands on the Predator 17 X and one thing was obvious: It’s a heavy machine. Granted, I’m a little bit vertically challenged, the Predator 17 X carries all the trademarks of gaming laptops we’ve seen: big, bad, and boy-does-it-run-fast. 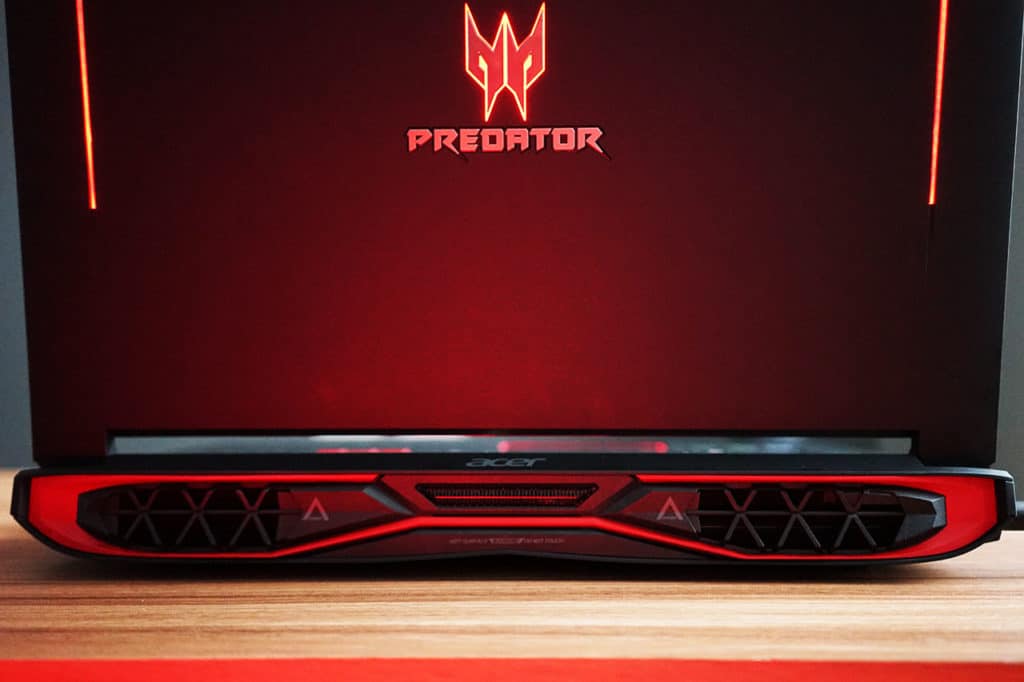 Specs you wish your laptop had

The Predator 17 X comes with a 7th-generation Intel Core i7 processor, backing up an NVIDIA GeForce GTX 1080 graphics card. It’s this kind of intense graphics power that makes it one of the gaming laptops that is VR-ready.

And with new games like Agony by Madminds Studios, Kittypocalypse by Bolverk Games, and your classic Keep Talking And No One Explodes by Steel Crate Games joining the ranks of VR games, the Predator 17 X will make your current specs seem ancient by comparison.

A USB-C port, two other USB 3.0 ports, HDMI jack, full-sized DisplayPort, and LAN cable port are found on the right

It has 64GB of memory with a 512GB SSD and an additional 2TB HDD. If that doesn’t scream a ton of gaming power, I don’t know what does.

How does it keep itself cool?

As far as cooling this beast goes, Acer developed the Aeroblade 3D technology that scraps the old plastic fans with thin metal blades. 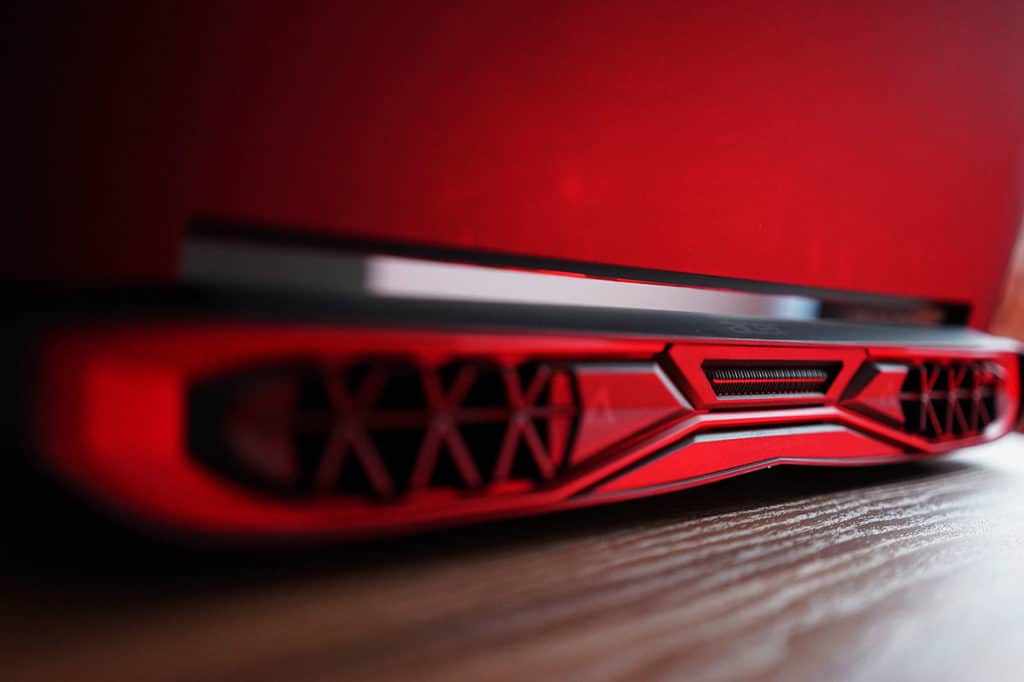 These blades are designed with axial fins that help the laptop cool down more efficiently than with usual metal fans. The Predator 17 X comes with three of these fans, so expect this beast to make a considerable roar.

This laptop weighs a ton. How much exactly? It weighs a whopping 4.55kg and the dimensions are 42.30 x 32.15 x 4.50cm. With my figure, it takes a few minutes of silly tottering around the office to get this from point A to point B. 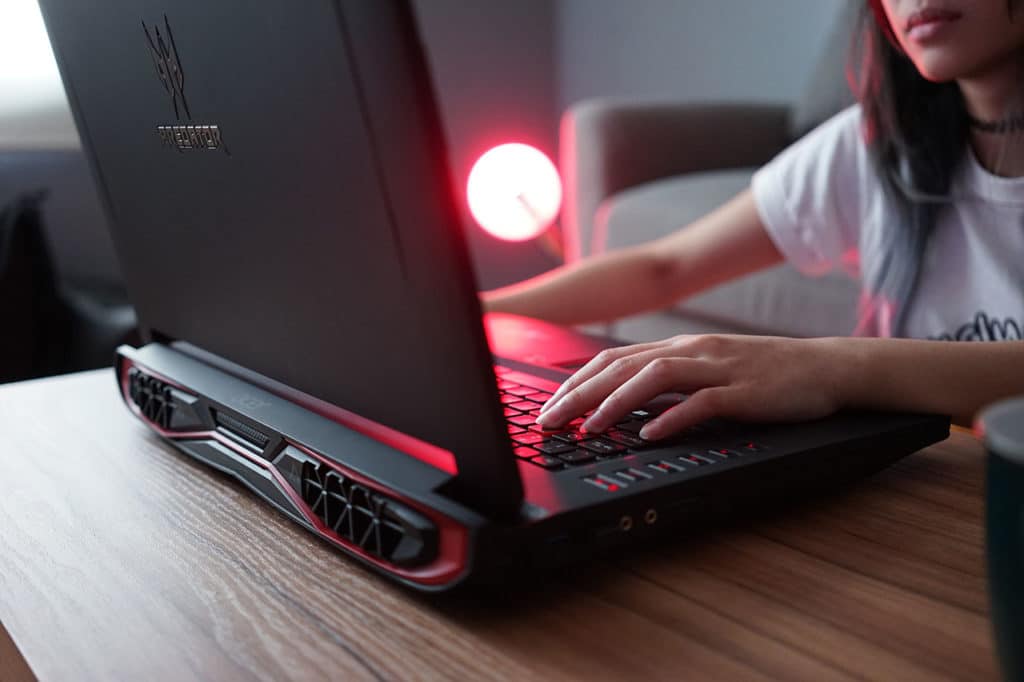 The Predator 17 X’s dimensions are not surprising for a gaming laptop, though — considering its premium counterpart, the Predator 21 X, has an exclusive crate for you to bring it around. This unit is barely portable, but is a whole lot more manageable than most gaming laptops, thanks to its properly placed curves and matte finish.

Backlit keyboard that will make you puke rainbows

The Predator 17 X has a customizable, individually lit, and multi-colored keyboard. I think I’ve said this in a previous review: People often underplay the benefits of having a backlit keyboard. 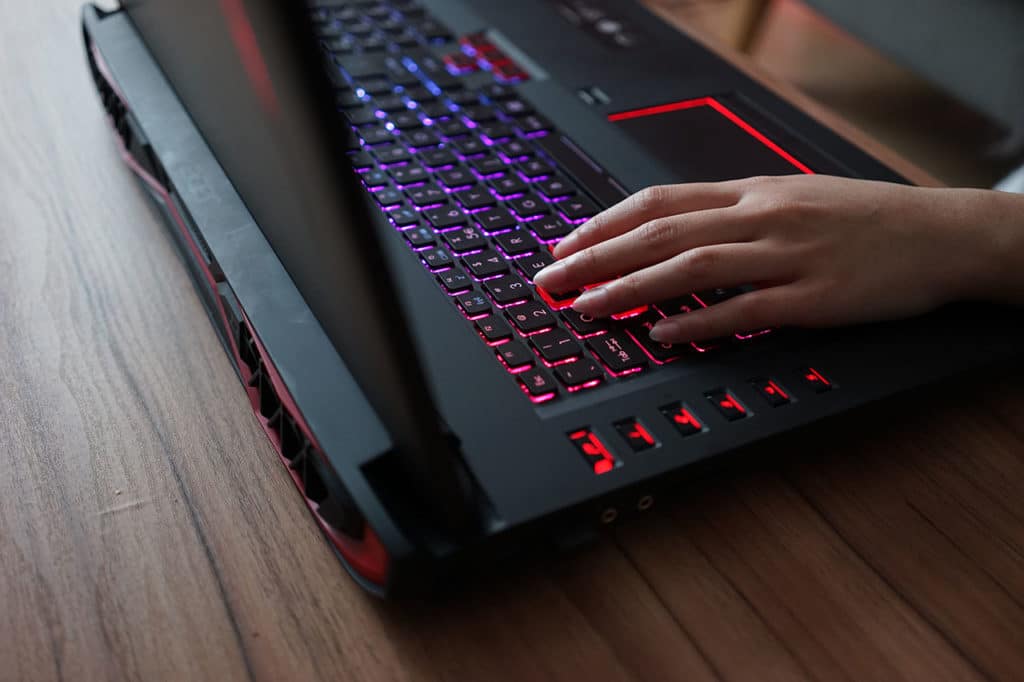 With this sweet setup, you can probably imagine the incoherent squealing I had in my head. (I have a strong conscience that reminds me day by day to respect the more-or-less quiet space that is the GadgetMatch office.) Forget about rainbows shooting out of unicorns, this laptop will let you play on them.

Customizable macro keys to help you get good

With the Predator 17 X, you’ll run out of excuses for not joining the PC Master Race. It’s got everything you need from being bold at first glance, to integrating the quick customizable macro keys on the left-hand side of the keyboard. 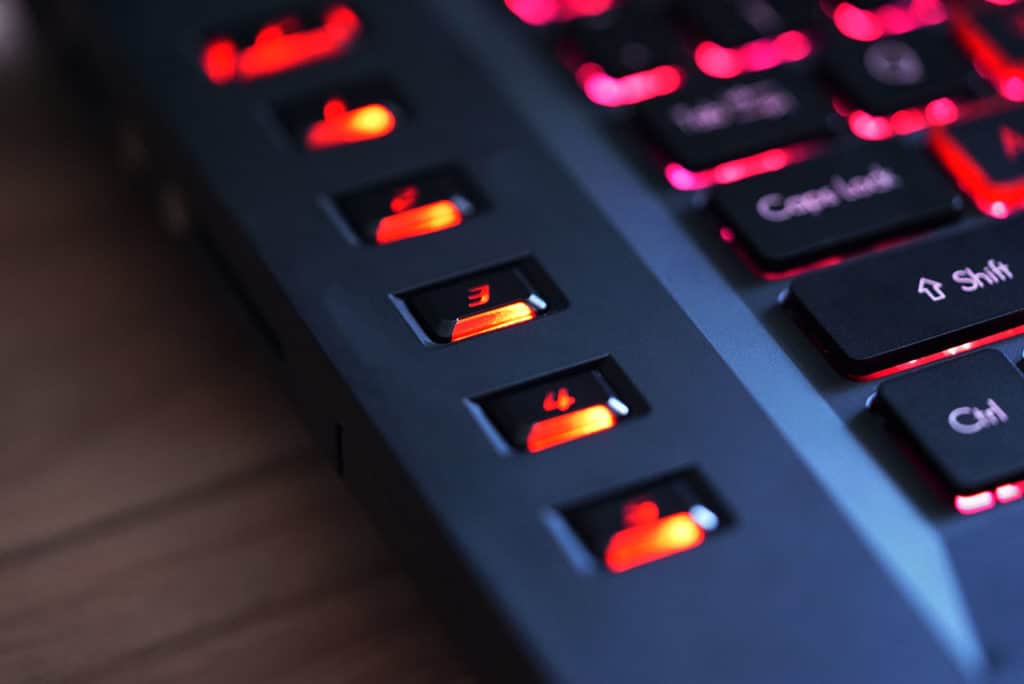 Unfortunately, all these specs can only do so much to help someone build their skill set, so getting this laptop comes with the pressure of getting good, and fast.

Jack of all gaming trades

I played Overwatch, Street Fighter V, and Rise of the Tomb Raider on the Predator 17 X. While playing Rise of the Tomb Raider, the game stuttered too much on the notebook’s native 4K resolution and gameplay looked too gritty to enjoy. After tweaking the settings and downing the resolution to 1080p, it played out well at 70fps. On Overwatch though, it could handle gameplay at 4K, but exclusively on 60Hz at best, which is the monitor’s maximum refresh rate. 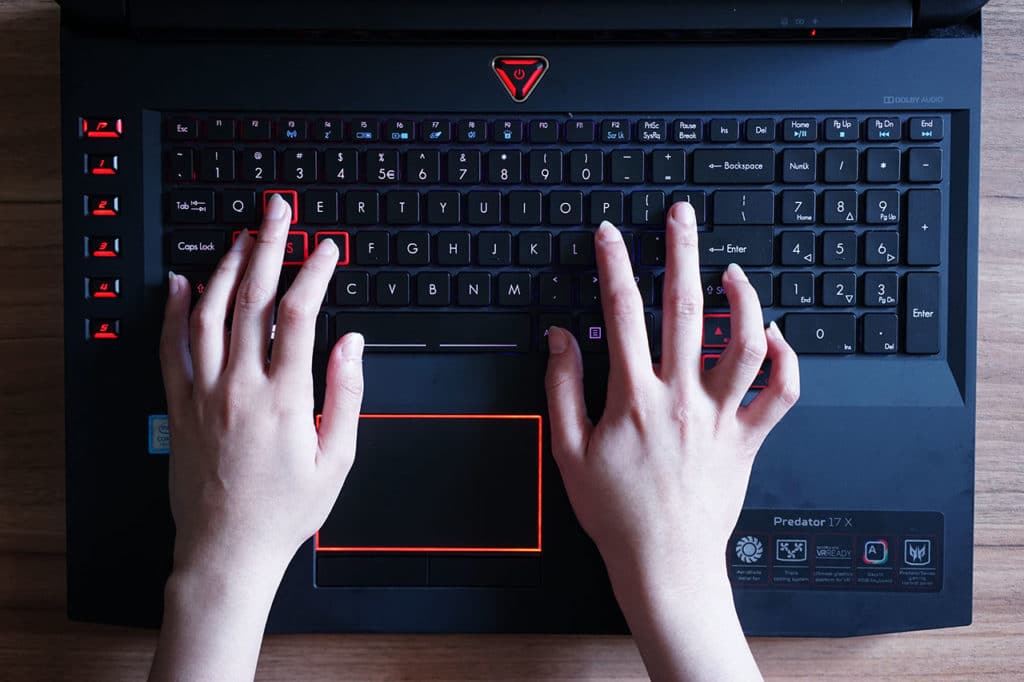 You can play a ton of other games on the Predator 17 X, and it does well for practically any game you install on it, but it does fall through the cracks when trying to max out the specs for testing 4K. Don’t mistake this as a faltering factor though, since even GTX 1080-equipped desktop PCs have a tough time handling resolutions above 1440p with smooth frame rates.

For gamers who want a semi-portable gaming laptop, this can handle a good beating. Despite sustaining the stigma of poor portability for gaming laptops, given that carrying this thing can most likely tear through any laptop bag available, it’s still a pretty good deal. 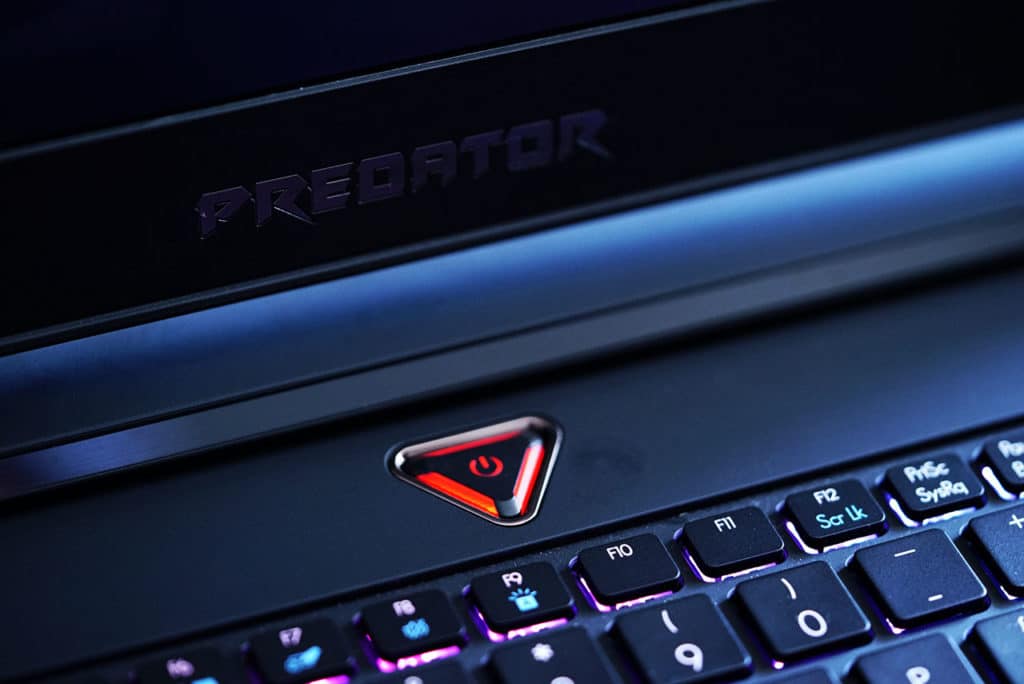 Considering an ample amount of storage for games, an RGB backlit keyboard, customizable macro keys, and three aeroblade cooling fans — not to mention being VR-ready — this laptop is one tough beast. Starting at US$ 2,700 or PhP 220,000 in the Philippines, the Predator 17 X can stop being the laptop you wish you had to the laptop you wreck people in-game with.