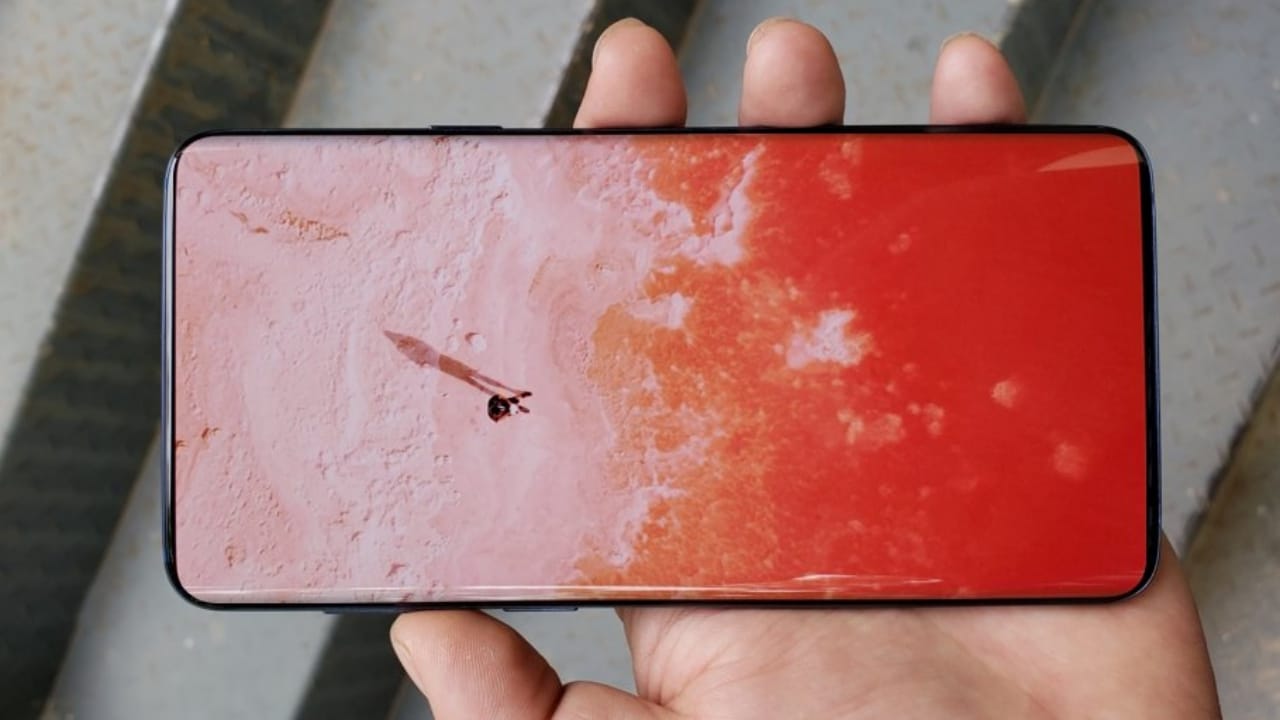 With the Galaxy S9 phones available in the market and selling like hot cakes, Samsung is already (or has always been) prepping their tenth S-series flagship. There’s a new leaked image going around the internet lately, and it could be the Galaxy S10 we’ve been wanting to see.

Noted leaker IceUniverse posted a photo on Twitter with a caption “This may be a design beyond” and a photo of a phone with it. The photo in question shows off an all-screen phone with virtually no bezels at all. The sides appear to be curved, just like how Galaxy S phones’ have been in the past years.

This may be a design beyond. pic.twitter.com/lViQUsW1Jv

There’s also no selfie camera or any visible sensors in front, so they could be somewhere inside the phone. Vivo and OPPO have been pioneering the use of a pop-up mechanism to achieve a high screen-to-body ratio with the NEX and Find X. Samsung might follow suit — unless they have something else in mind.

Also, with no space for the iris scanner, the South Korean company could also use under-display fingerprint sensors or maybe something similar to Face ID to complement the front camera.

Of course, nothing is final and it’s still too early to tell how Samsung’s 2019 flagship will look like. The Galaxy Note 9 will come earlier than the Galaxy S10, so Samsung could test the waters of some new features on their upcoming large-screen phone.

Let’s take things with a grain of salt, but we’ll keep our expectations high. If this turns out to be true in the end, Samsung deserves to be recognized for avoiding the notch completely. 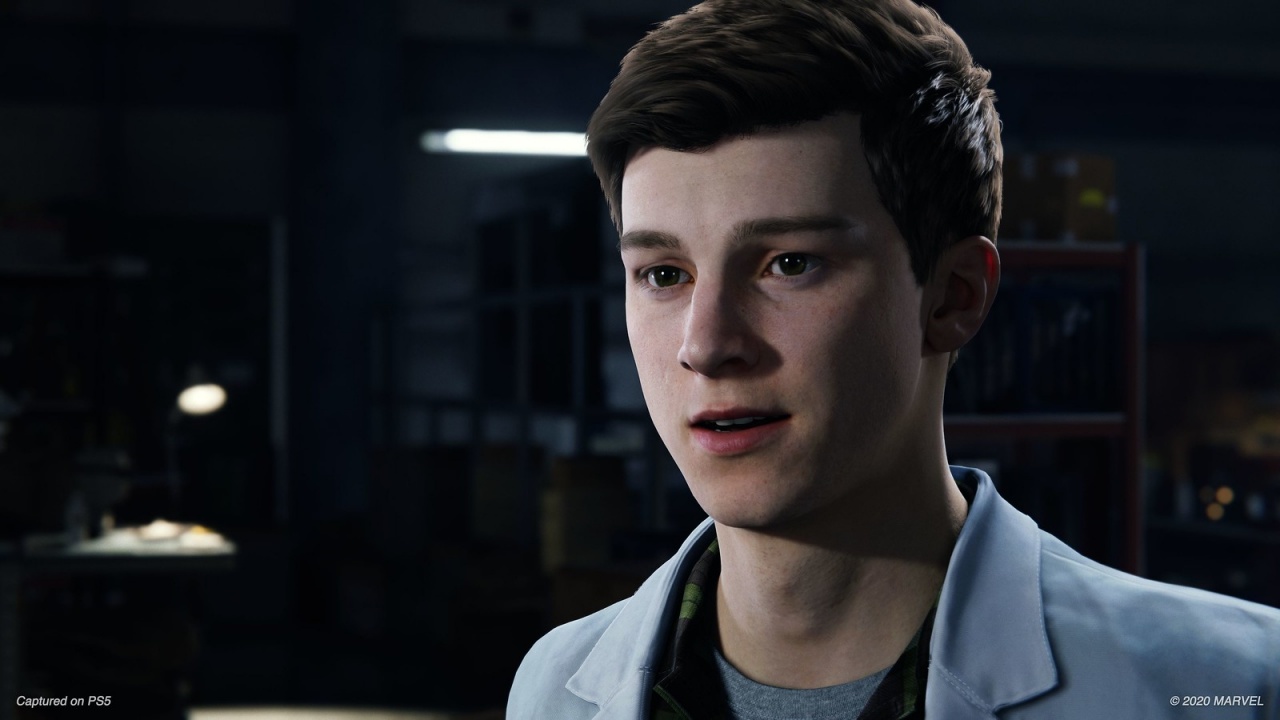 There’s been a lot of discussion about how confusing it is to get Marvel’s Spider-Man Remastered for PlayStation 5. In a PlayStation blog, Insomniac Games — the studio responsible for the 2018 hit — kind of explains what exactly is going on.

First of all, Peter Parker has a new face. This will likely be one of the most noticeable changes on the Remastered version. Good ol’ Peter will now be played by Ben Jordan instead of John Bubniak. Insomniac says they did so “to get a better match to Peter Parker/Spider-Man actor (voice actor) Yuri Lowenthal’s facial capture.

Here’s a clip to see how the new face looks in the Remastered game.

What do you think? Gotta admit it feels jarring at first, but Spider-Man fans should be pretty used to it. After all, we did get three live-action Peters in the last two decades. Not to mention the infamous Clone Saga in the comic books that gave us multiple faces under the Spider-Man mask.

Naturally, that’s not the only new thing on Marvel’s Spider-Man Remastered. To take advantage of the PS5’s power the entire New York City environment had to look better.

Other than improved models and materials, the game will now also have ray-traced reflections and ambient shadows. Just take a look at this. 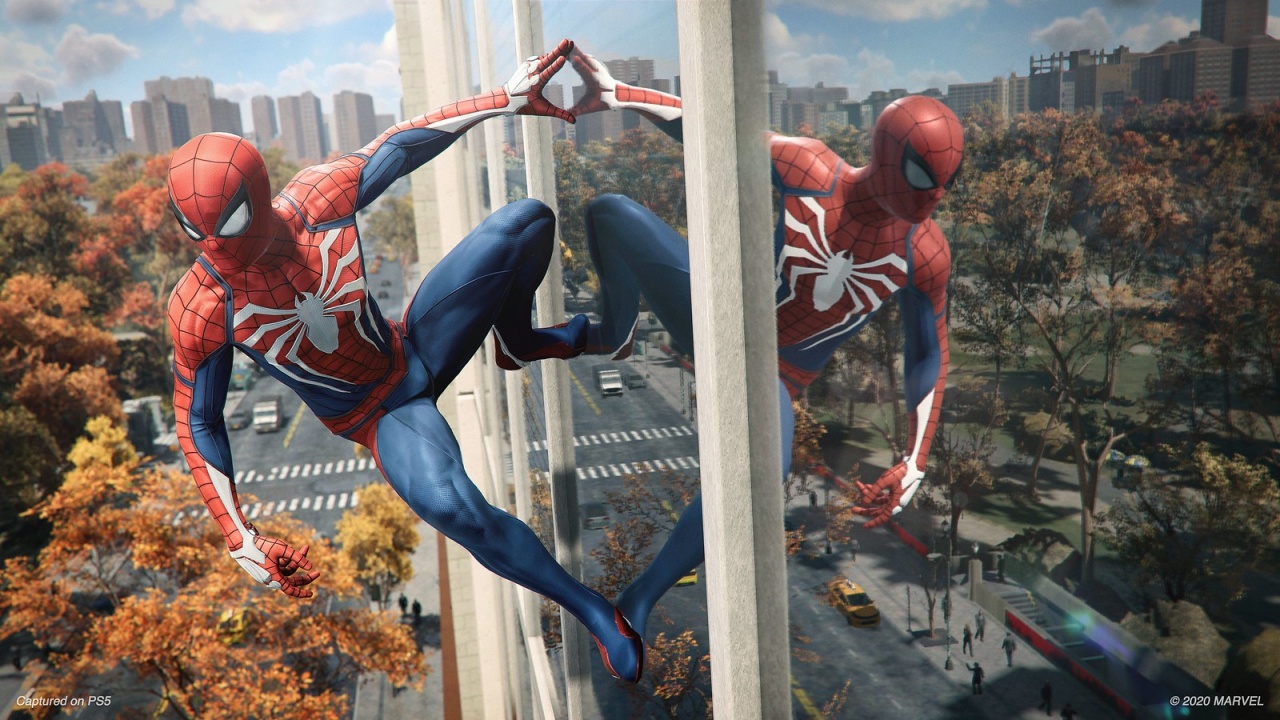 There’s now also a Performance Mode where players can be like Spidey on a 60fps frame rate. Here’s what that looks like.

Near-instant loading is now also a thing. But Insomniac says you can still turn on the fast-travel train scenes should you wish to do so. There will also be new photo mode features that were added for Marvel’s Spider-Man: Miles Morales. One example is you can now place lights in the environment and change Spidey’s suit after composing your shot.

Speaking of new suits, the Remaster will give us three new Spidey suits. The first of which is the Amazing Suit. Yes, the one featured on the live-action The Amazing Spider-Man film starring Andrew Garfield. 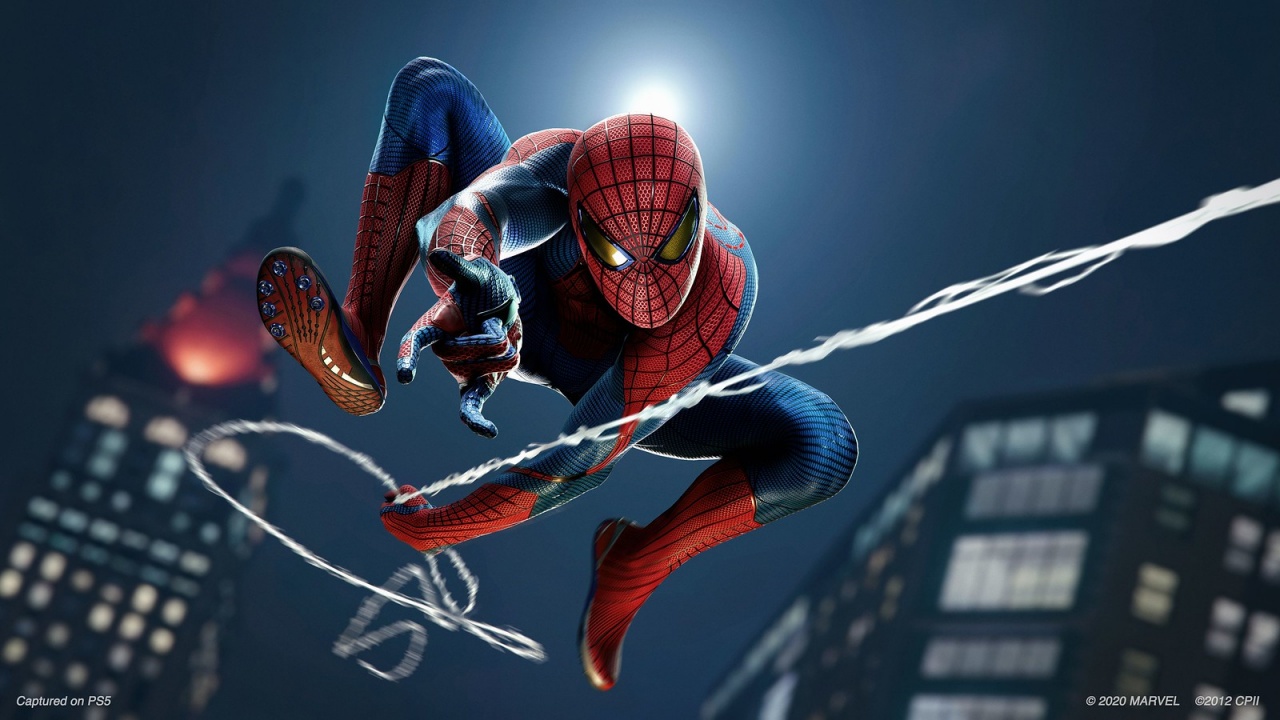 But how do you get Marvel’s Spider-Man Remastered?

It’s available as part of the Marvel’s Spider-Man: Miles Morales Ultimate Edition. That was the only thing that’s really clear. It’s available for US$ 69.99 and nets you the following: 3 skill points, Gravity Well Gadget, and The T.R.A.C.K. Suit. 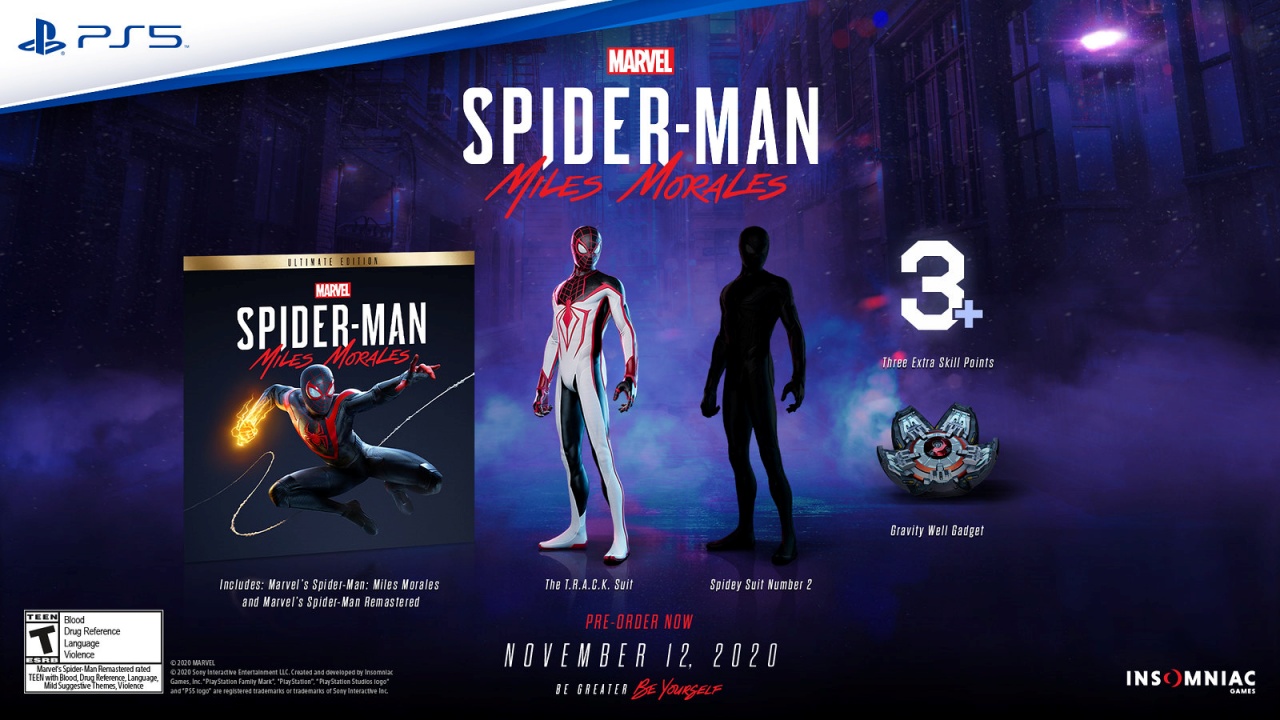 In the US and Canada only, we have additional “launch” physical editions of the game for both Standard Launch Edition and Ultimate Launch Edition (Launch Edition includes a voucher*)! These copies are available in limited quantities only so don’t delay.

The launch edition includes a voucher for early unlocks of two suits, including the T.R.A.C.K. Suit by Marvel Artist Javiar Garrón, and a suit we’ll reveal closer to launch. You’ll also receive an early unlock of the Gravity Well Gadget, and three Skill Points to get a jump start on your progression.

For those buying digitally, or outside of the US/Canada, you also can receive those same early unlocks by ordering now.

Worried you won’t get the Standard Launch Edition? The Standard Edition of Marvel’s Spider-Man Miles Morales will be available on both PS4 and PS5 for US$ 49.99. 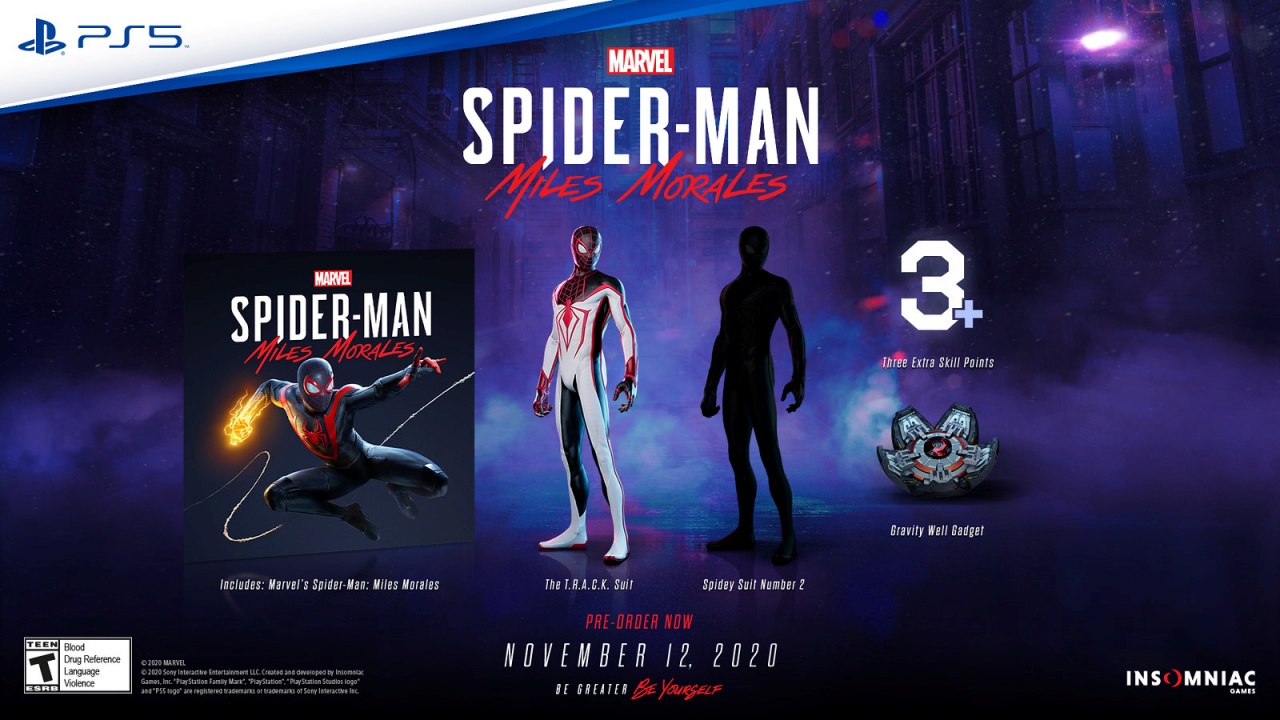 It’s still not as straightforward as we would like, but I’m sure Insomniac hopes this clears things up a little bit. 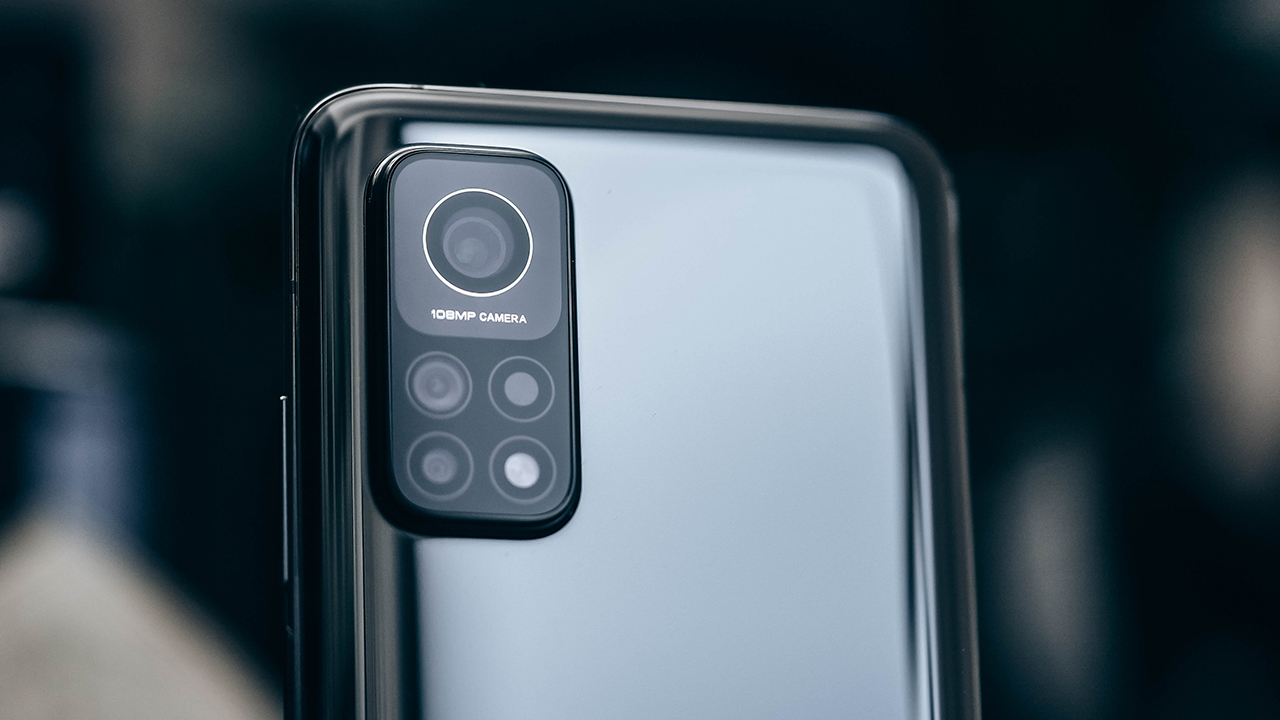 Xiaomi is serious about pushing its premium offering and has doubled its efforts this year. The brand has announced the Mi 10T series, which includes the Mi 10T Pro, Mi 10T, and Mi 10T Lite.

Xiaomi is also leveraging its position in developing markets like India and aggressively pushing its top-end offering. Previously, Xiaomi tried its luck via the niche MIX series, but couldn’t make a considerable dent in a market led by Samsung and Apple.

Starting with the Mi 10T Pro, it has a 6.7-inch Full HD+ display with a 144Hz refresh rate. Powering the phone is a Snapdragon 865 processor with 5G connectivity and 8GB RAM. The phone is wrapped in Gorilla Glass 5, has splash resistance, and a side-mounted fingerprint scanner.

On the rear is a triple camera setup consisting of a 108-megapixel primary sensor, a 13-megapixel wide-angle lens, and a 5-megapixel macro lens. For selfies, a 20-megapixel front camera is located in a punch-hole cut-out. The 108-megapixel sensor is known for long exposure pictures, time burst, as well as dual-mode. 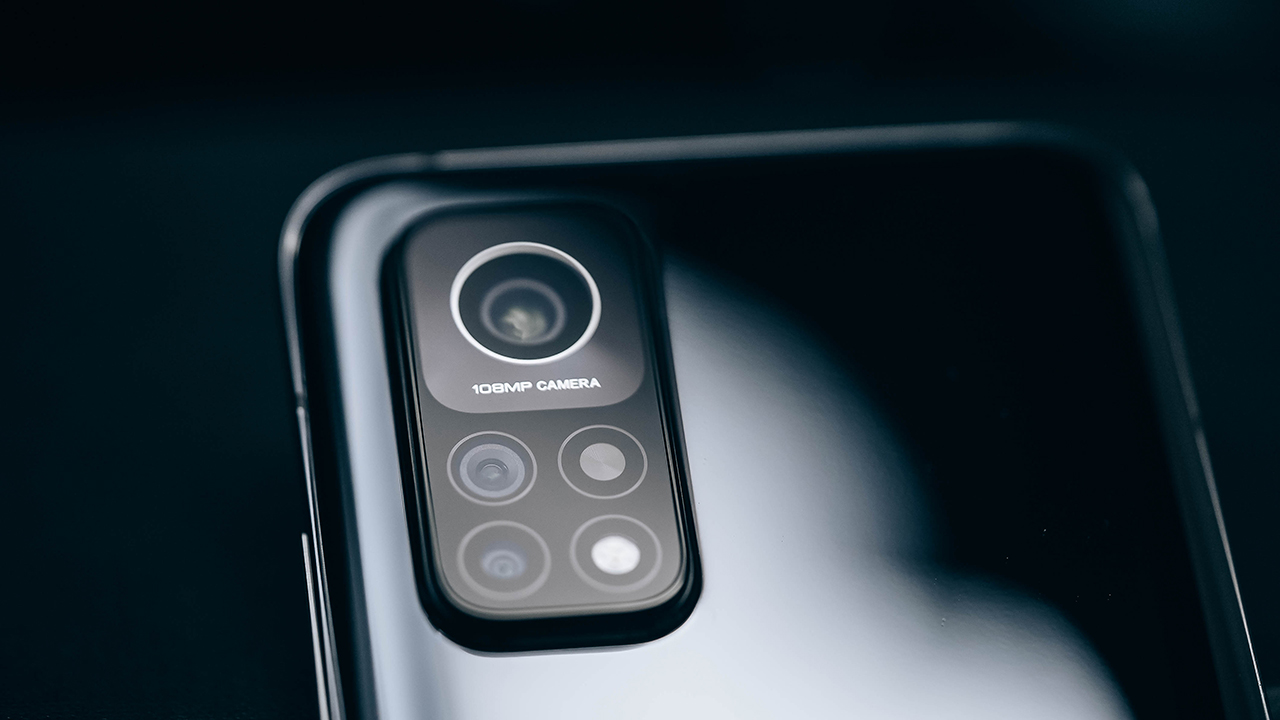 Oh and it does this neat photo trick.

Fooling around with the CLONE feature on the new @Xiaomi Mi 10T Pro. Review video coming in a few hours! Make sure you’re subbed so you don’t miss it! pic.twitter.com/uT0IGZ4Jwv

Backing these internals is a 5000mAh battery with 33W fast charging. It ships with MIUI out-of-the-box. It’ll be available in Cosmic Black, Lunar Silver, and Aurora Blue color options. 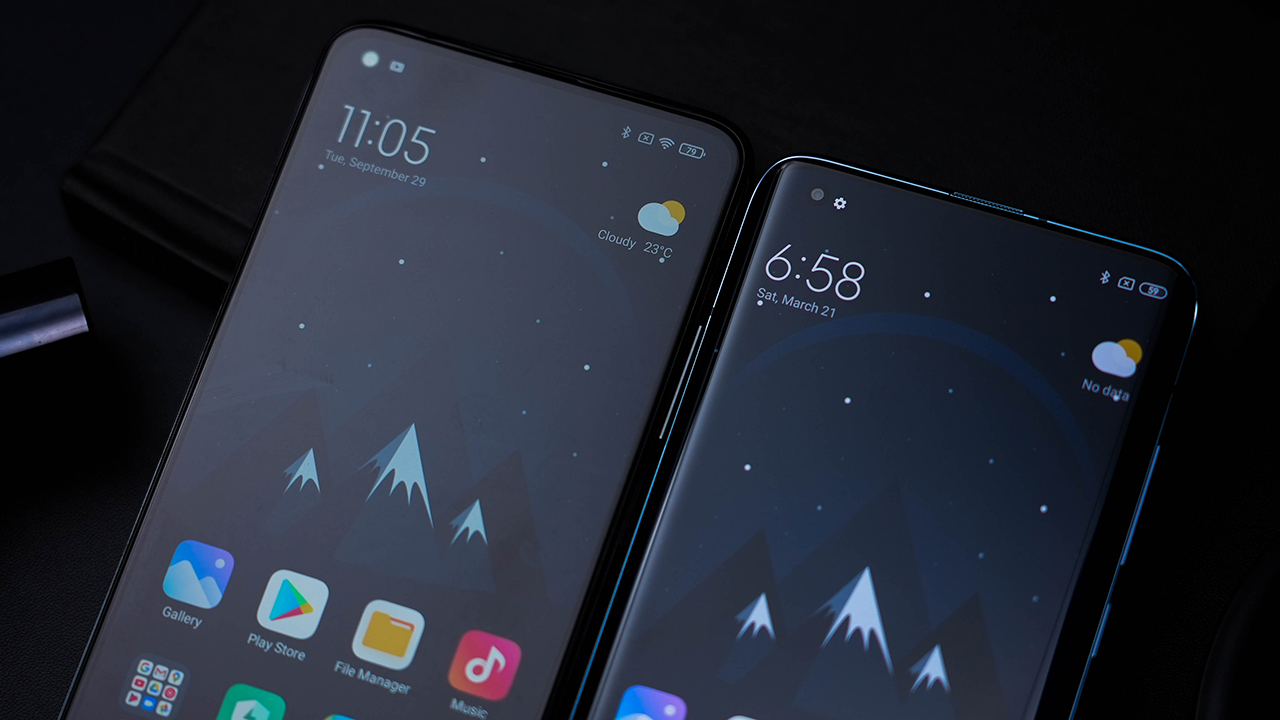 On the other hand, the Mi 10T gets the same display and processor as the Mi 10T Pro. However, it has a 6GB RAM option. On the rear is a triple camera setup that includes a 64-megapixel primary sensor, a 13-megapixel wide-angle lens, and a 5-megapixel macro lens. On the front is the same 20-megapixel selfie camera.

The design is also similar and houses a 5000mAh battery. Clearly, the Mi 10T is an ideal phone according to the specifications and users have the option to go for the Mi 10T Pro if they’re looking for a better and more powerful camera. It’ll be available in Cosmic Black and Lunar Silver color options. 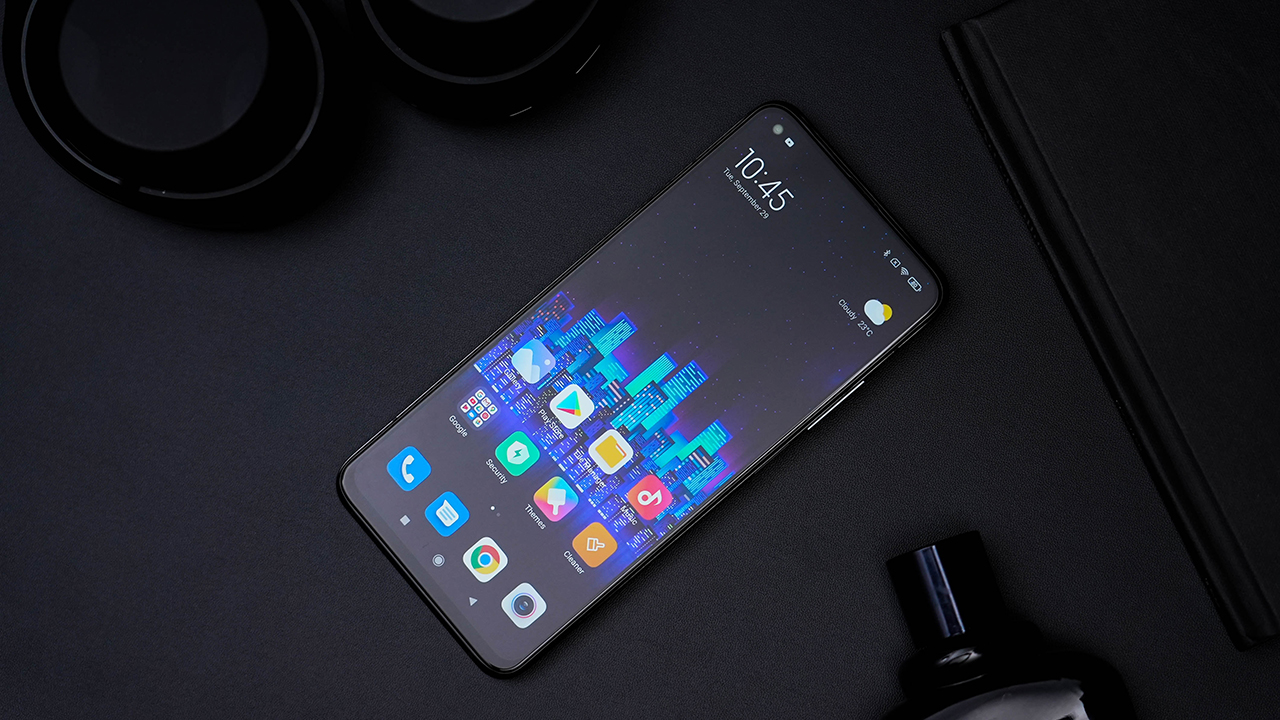 Lastly, the Mi 10T Lite gets a 6.7-inch Full HD+ display with a 120Hz refresh rate. It’s powered by a Snapdragon 750G processor, coupled along with 6GB RAM.

It gets a quad-camera setup that includes a 64-megapixel primary camera, an 8-megapixel wide-angle lens, a 2-megapixel macro camera, and a 2-megapixel depth sensor. Lastly, the phone is powered by a slightly smaller 4820mAh battery with 33W fast charging. It’ll be available in Atlantic Blue, Pearl Gray, Rose Gold Beach color options.

If it looks familiar, that’s because it’s like just the POCO X3 NFC rebranded. 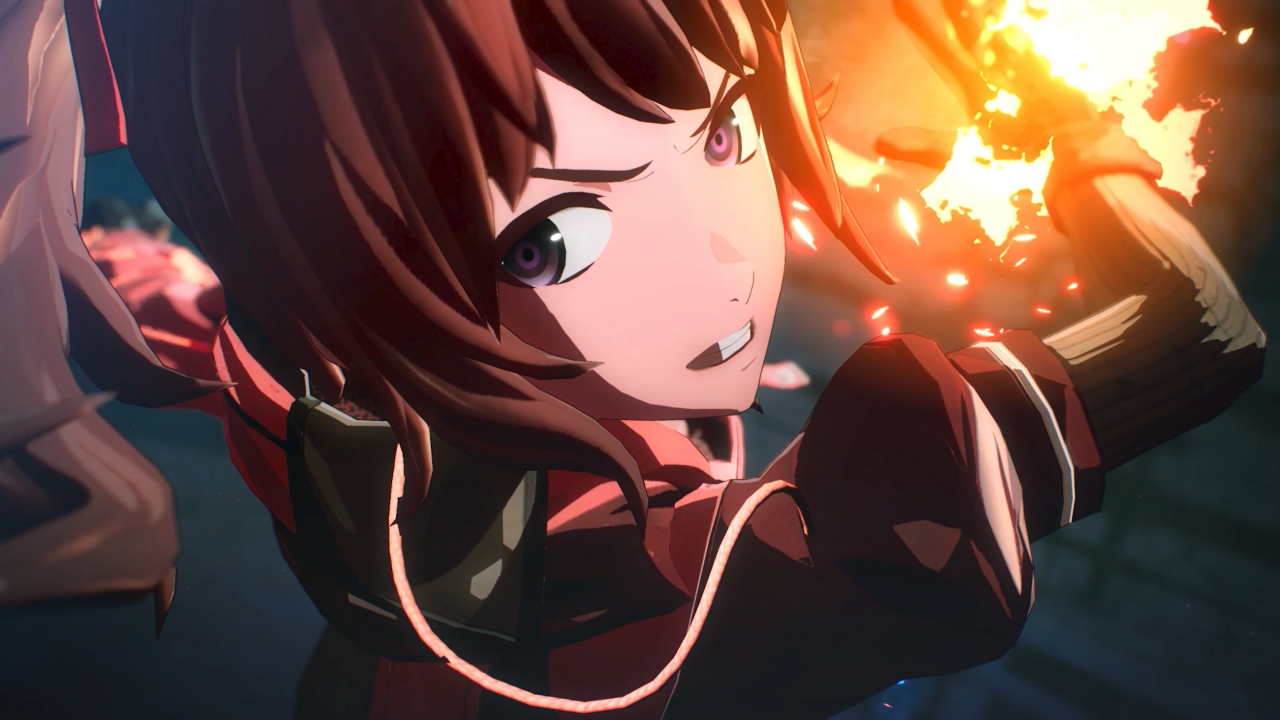 In case you haven’t been paying attention, Bandai Namco will release this bad-ass looking Action RPG for the next-gen consoles (also coming to current-gen). Scarlet Nexus dropped a story trailer at Tokyo Game Show 2020 and it only confirms what we already know — this game is a visual spectacle.

The premise of the game is much, much clearer now. New on this trailer is the reveal of Kasane. Kasane is an orphan who lost her parents in a raid from the Others when she was a child.

Adopted by the powerful Randall Family, she became one of the most promising elements of the OSF after being scouted at 12 years old. Now an elite soldier with superb fighting skills, Kasane masters the power of psychokinesis in combination with her sharpened throwing knives.

Kasane joins Yuito Sumeragi as a playable character with her own skills and story. 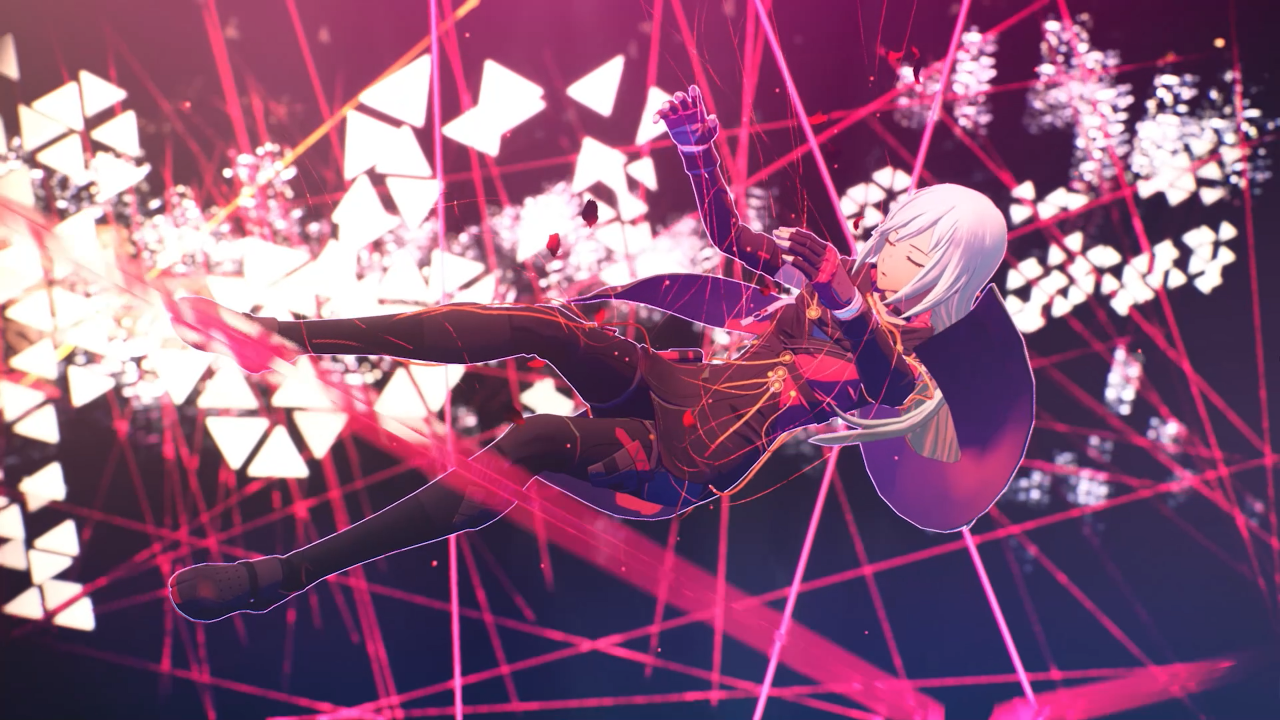 We still don’t know exactly when the game will drop. We do know it will come to the Xbox Series X and S, PlayStation 5, PlayStation 4, XBox One, and Steam/PC. 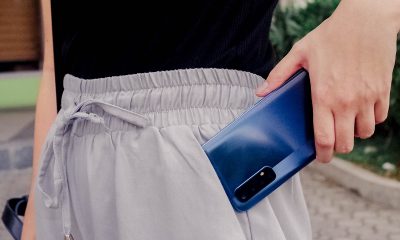