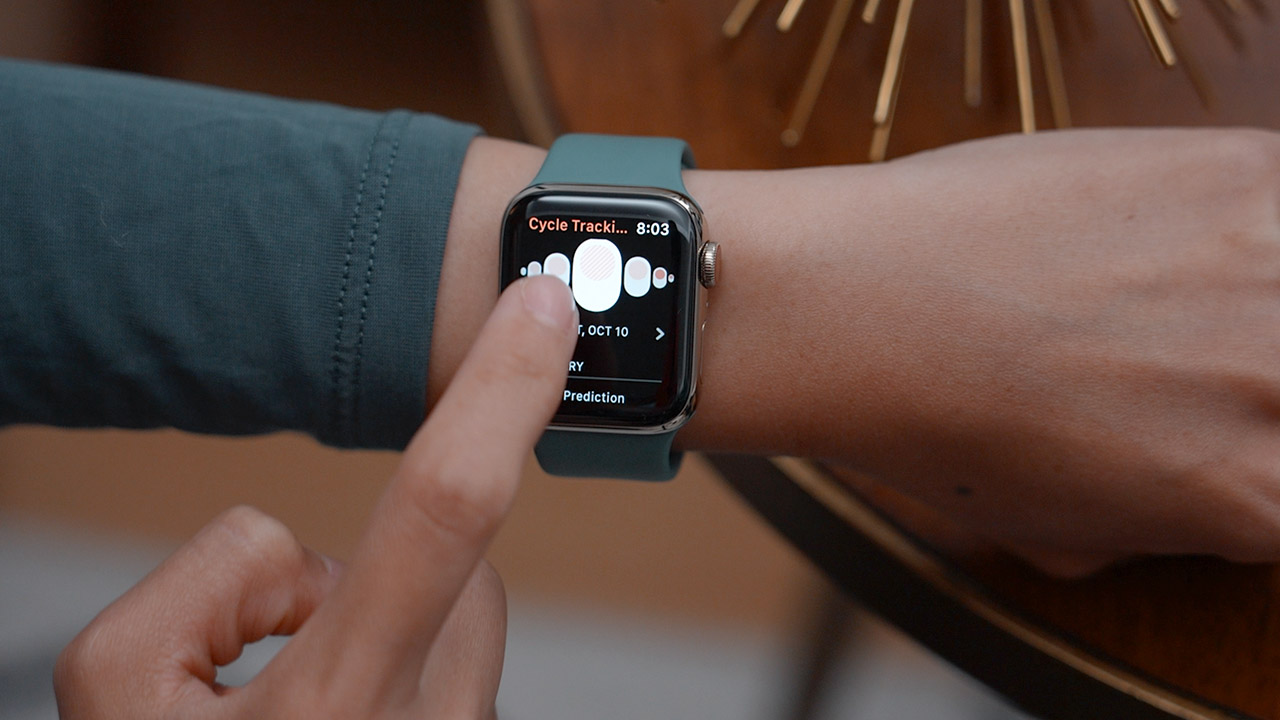 Menstrual cycles are an important window into one’s overall health, but the topic is notably under-researched. Medical research on menstruation often has not been representative of the broader population. Without substantial scientific data, menstrual symptoms have historically lent themselves to dismissal, or have even been minimized as overreaction or oversensitivity.

The Apple Women’s Health Study team at Harvard T.H. Chan School of Public Health released a preliminary study update, offering pioneering scientific insights on menstruators and their symptoms, made possible through the innovative research methodology of the Research app.

With 10,000 participants of varying ages and races across the US, the study highlights how large-scale, longitudinal research on menstruation can help destigmatize menstruation. The landmark study allows for collection of a comprehensive set of cycle tracking and other health data, strengthened through participant surveys.

Through the Research app, the Apple Women’s Health Study invites people who have periods across the US to contribute to research simply by using their iPhone, and Apple Watch if they have one.

“This natural monthly occurrence is something we should be having more discussions about,” said Dr. Shruthi Mahalingaiah, one of the study’s principal investigators and an assistant professor of environmental, reproductive, and women’s health at the Harvard Chan School.

Destigmatizing menstruation and its symptoms

The early results of the study validates menstruator’s experiences including symptoms that are less commonly known. The most frequently tracked symptoms were abdominal cramps, bloating, and tiredness, all of which were experienced by more than 60 percent of participants who logged symptoms.

More than half of the participants who logged symptoms reported acne and headaches. Some less widely recognised symptoms, like diarrhoea and sleep changes, were tracked by 37 percent of participants logging symptoms.

“Our study will help to achieve a more gender equal future, in which all people with menstrual cycles have access to the health services and menstrual products needed to feel safe and empowered,” said Dr. Michelle Williams, Dean of the Faculty at Harvard Chan School.

The study team will further investigate the preliminary data and submit a detailed analysis, including a breakdown of methods, for peer review and journal publication.

The Apple Women’s Health Study is a first-of-its-kind research study that aims to advance the understanding of menstrual cycles and how they relate to various health conditions such as polycystic ovary syndrome, infertility, and menopausal transition. iPhone and Apple Watch users across the US download the Research app to enrol in the study, conducted in partnership with Harvard T.H. Chan School of Public Health and the NIH’s National Institute of Environmental Health Sciences (NIEHS). Participants must be at least 18 years old (at least 19 years old in Alabama and Nebraska and at least 21 years old in Puerto Rico) and have menstruated at least once in their life.