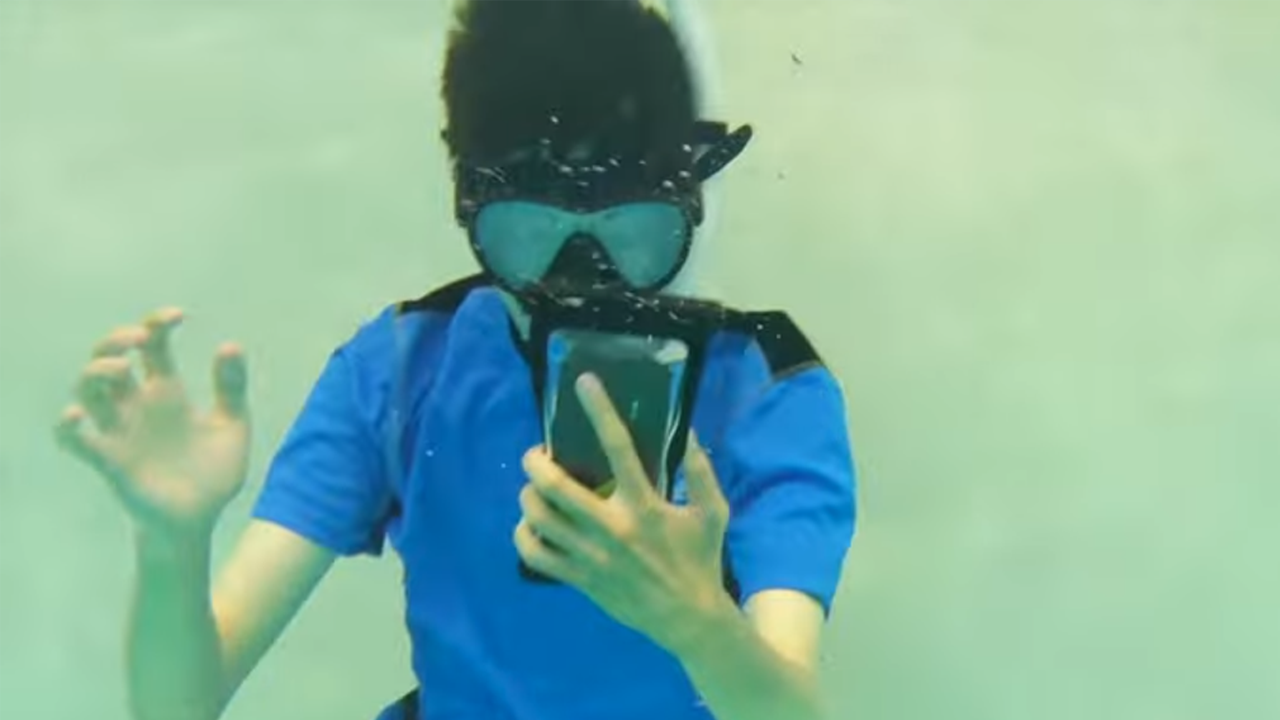 Bringing a smartphone to the beach is an undeniable hassle. On its own, a phone is prone to sand, water, and general wear-and-tear. Meanwhile, if you encase your device in a waterproof case, it’s almost impossible to use it while enjoying yourself. An experimental app can now solve one of these ways. Behold, AquaApp, the underwater messaging app.

Developed by grad students Tuochao Chen and Justin Chan at the University of Washington, AquaApp can help send messages while submerged in water.

Instead of using the touchscreen keyboard, the app uses a variety of diving signals to send messages between devices with the app. That said, users will still need a waterproof case to use the app.

Also, instead of using radio, the app uses different audio frequencies that every smartphone can listen to, even while underwater. By using this simplistic system, underwater users can avoid two problems with using a smartphone in water: finicky keyboards and a loss of signal.

Now, while users can use the tool at a public beach, it’s doubly effective for divers. With the loss of signal and visibility, communicating with other divers can become difficult. Regardless, communication, especially in dangerous situations, is key. The app is more effectively used in those conditions.

Even if the app is experimental, the researchers have released the code on GitHub, allowing other tech-savvy divers to refine the app to their tastes.