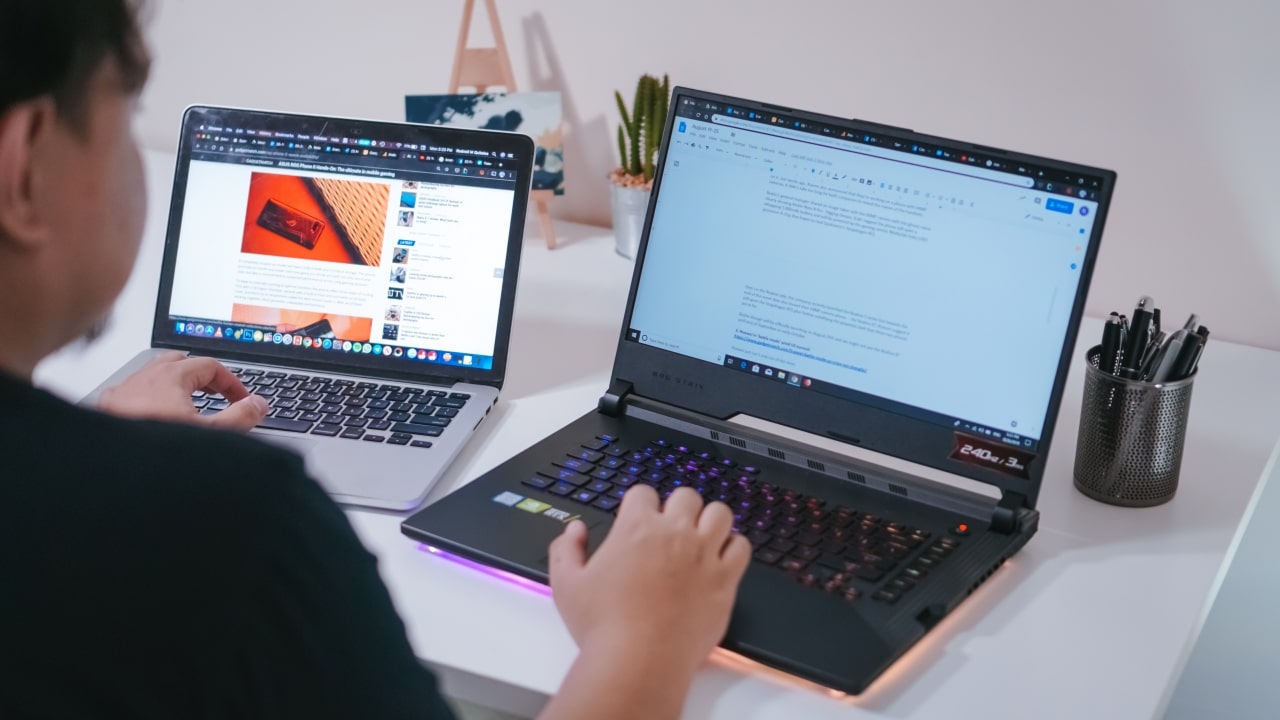 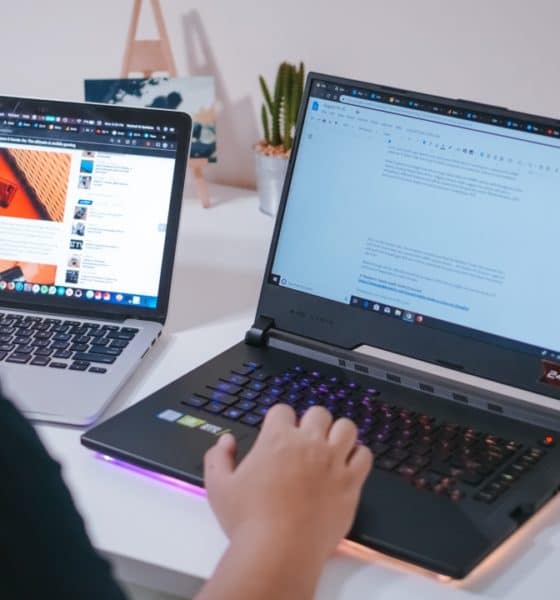 This, coming from a Mac user

I haven’t used a Windows laptop for an extended period in close to a decade now. And in recent years, I’ve done most of my gaming on a PS4. This is why getting the chance to use the ROG Strix Scar III was a welcome experience.

I’m reluctant to call this an actual review because of my inexperience in using gaming laptops. But I’ll try anyway. Let’s begin by taking a quick look at the design.

Sleeker but still very much ROG 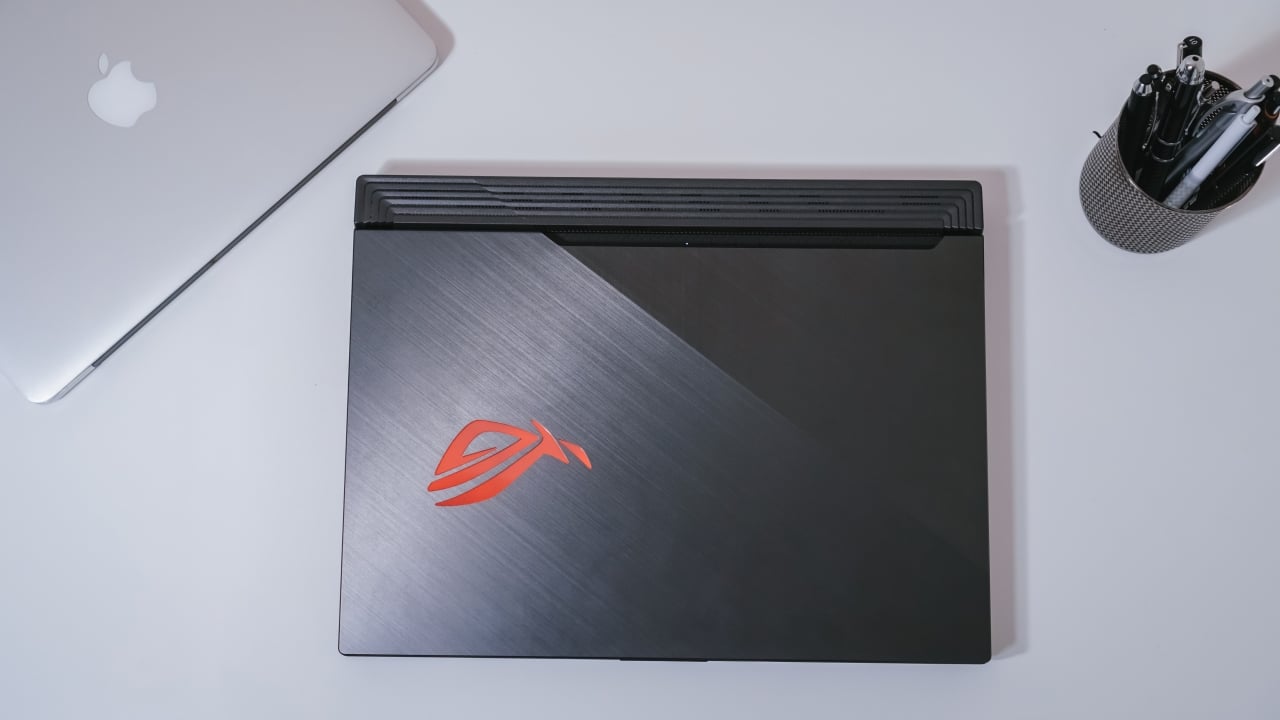 First thing that jumped out at me is how much sleeker the Strix Scar III looked compared to the previous ROG gaming laptops I’ve seen. Instead of screaming GAMING at you, it feels more subdued but definitely still has a lot of that gaming vibe. 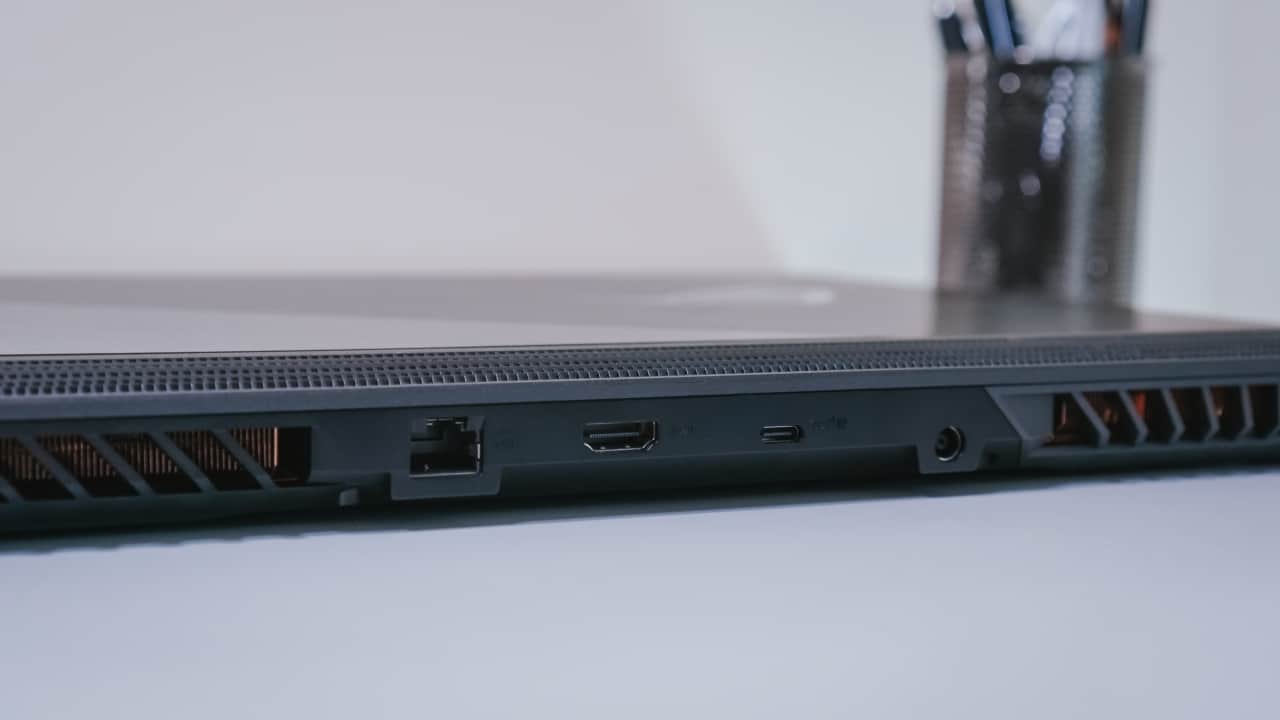 Behind it you’ll find these ports: ethernet, HDMI, power adaptor 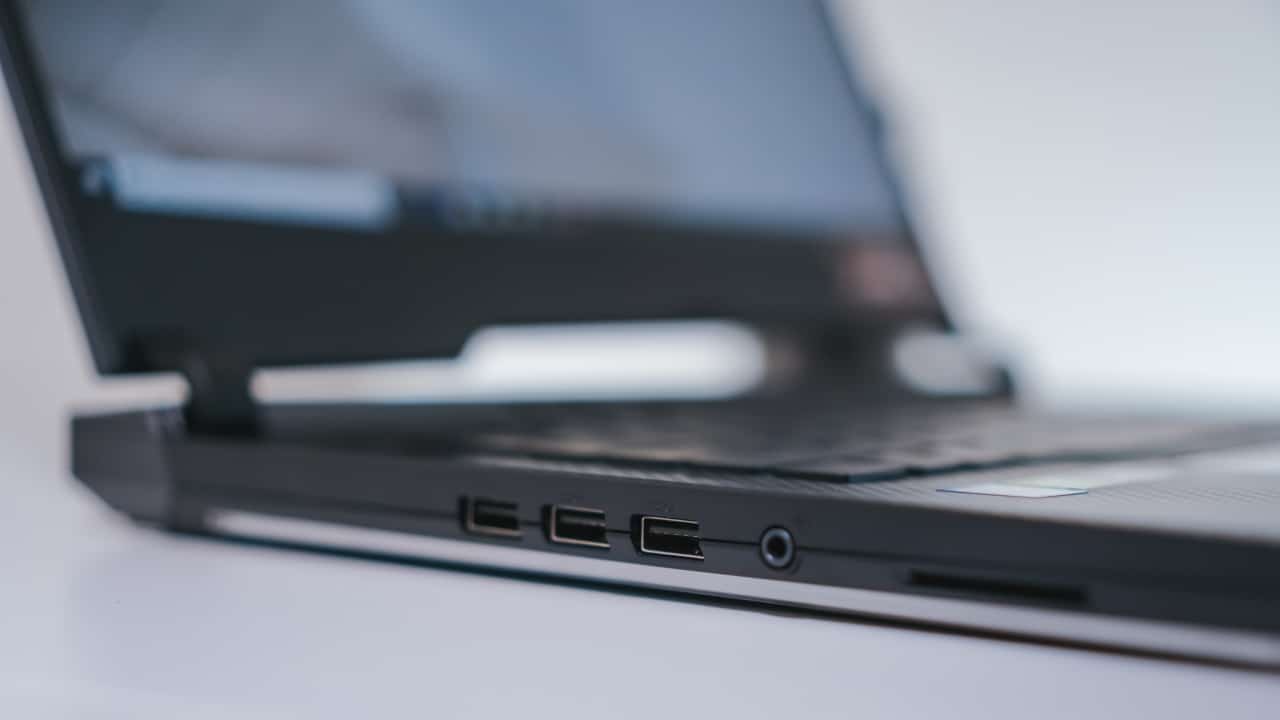 The rest of the ports are on the right: All USB 2.0 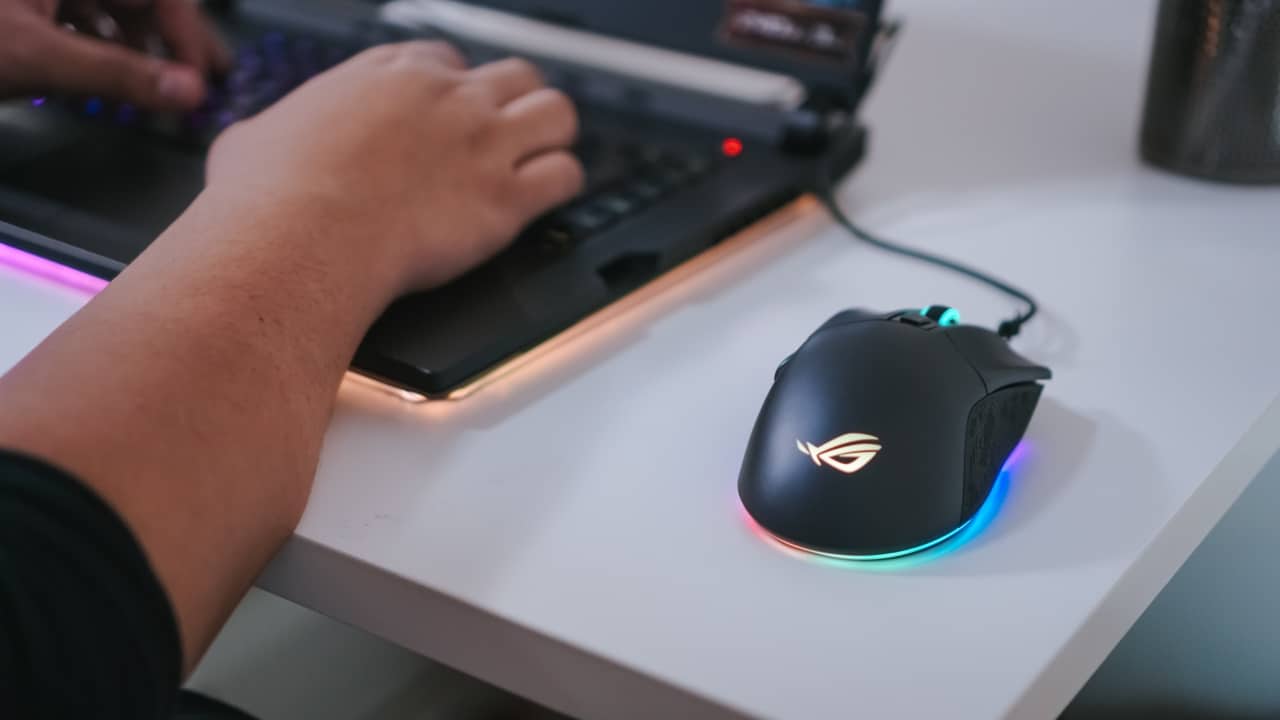 It’s worth noting that this comes with a wired mouse. Very useful 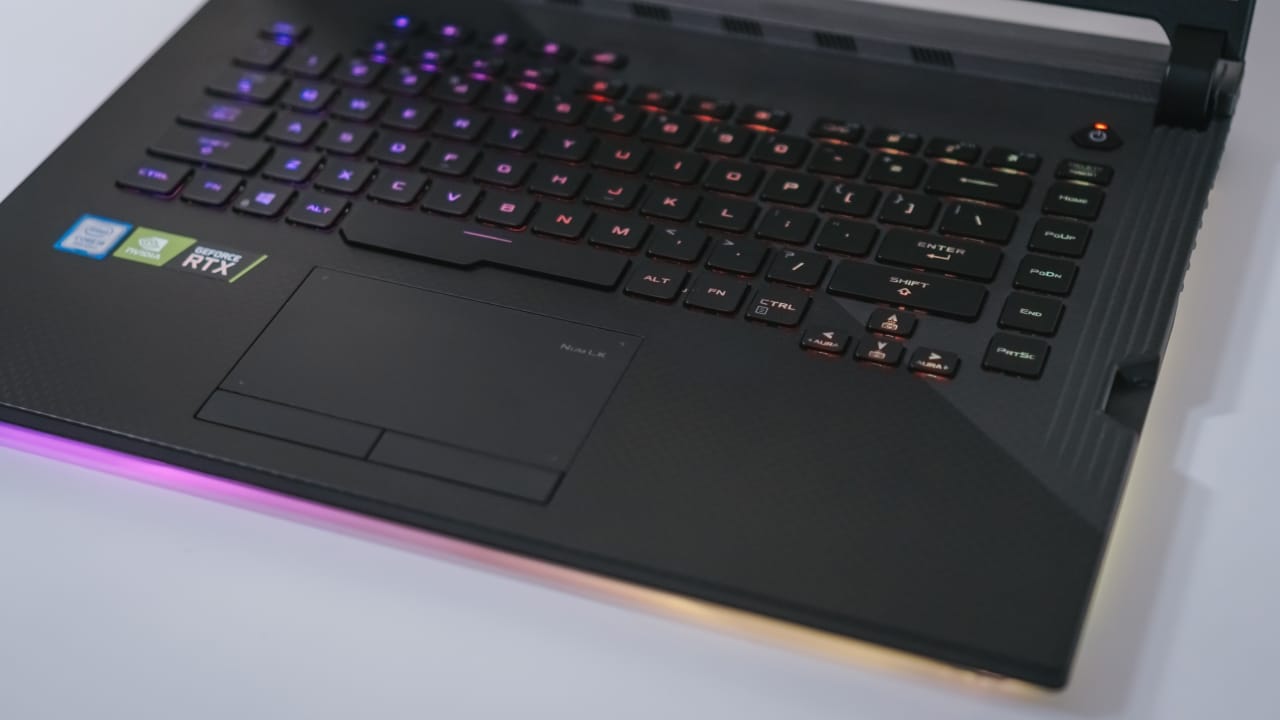 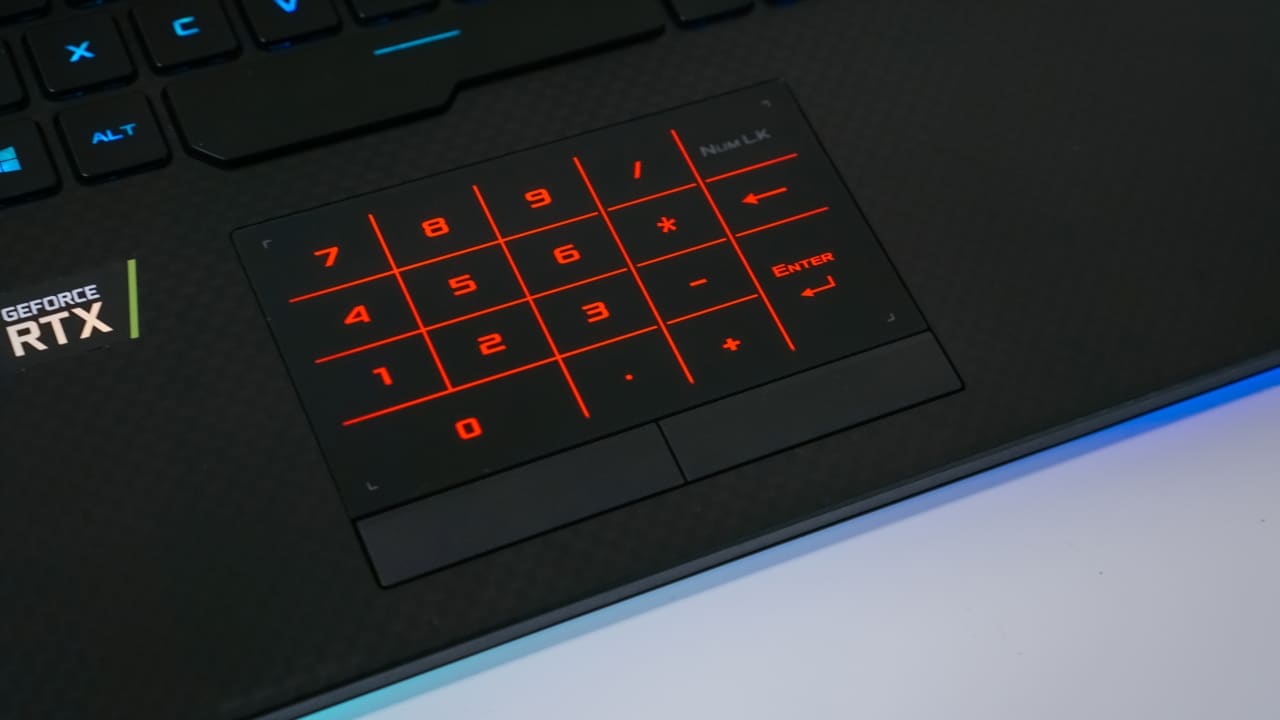 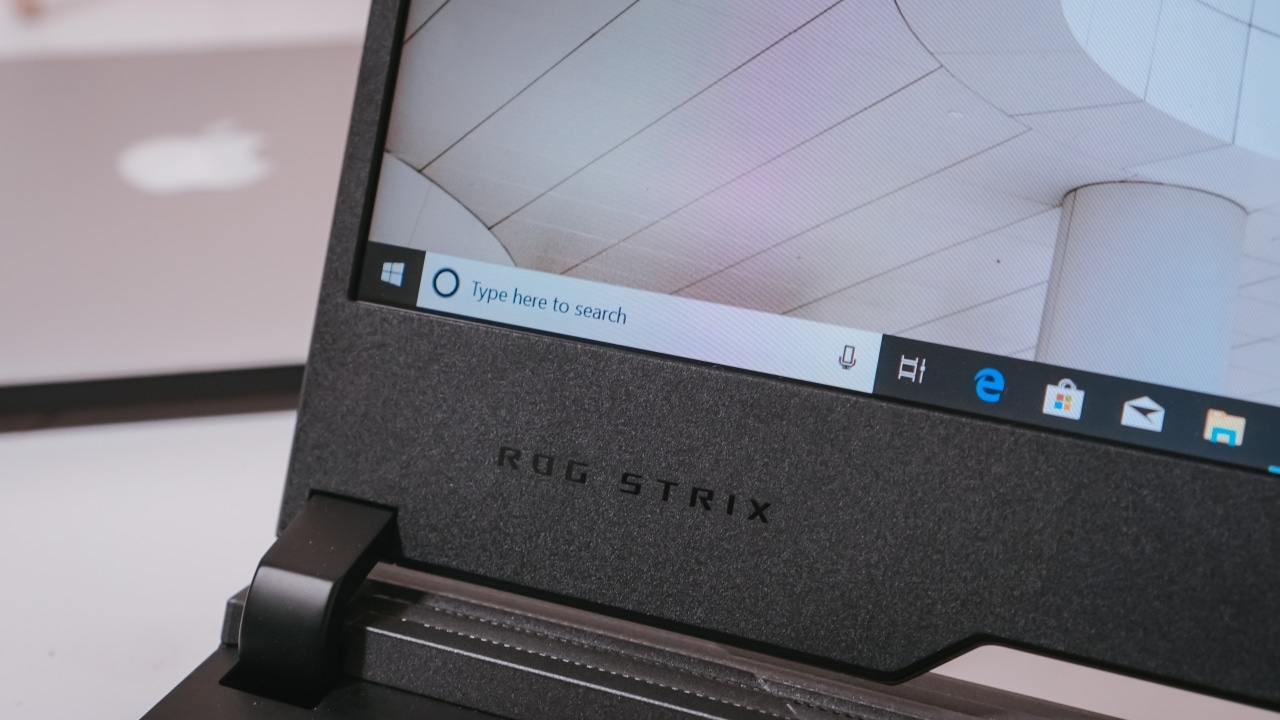 In terms of how it looks, it’s not as loud as previous ROG laptops, but it is still unmistakably ROG. One time, I whipped it out during a meeting and got WOAH reactions.

I also think the way it’s built lends itself nicely to cooling. It has what ASUS ROG calls an enhanced air intake from a wide, ventilated 3D Flow Zone. All that matters to me, is that works the way it’s supposed to.

Adjusting to a Windows laptop

I work a lot. On any given weekday, if I’m not sleeping or daydreaming about TWICE’s Momo, I’m usually in front of a laptop writing, copy editing, or video editing.

In terms of writing and copy editing, I didn’t have much of a problem. In fact, I would dare say I enjoyed the Backlit Chiclet keyboard of the ROG Strix Scar III more than I ever did my near five-year old MacBook Pro. 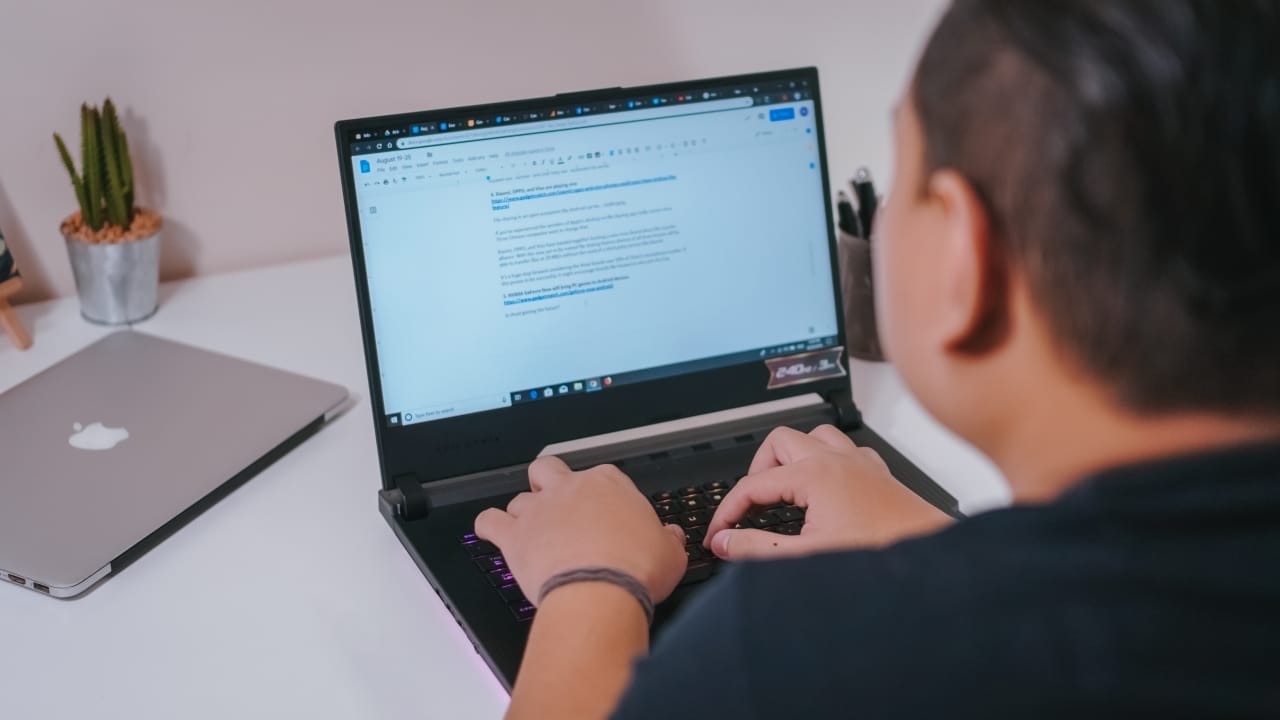 It’s an absolute joy typing on this thing. And those keys that had plenty of travel translated to whatever task I was doing, even on gaming. We’ll get to more of that later on.

Quick note, I also blasted music on this while writing. My holding-on-to-dear-life MacBook Pro has a busted right speaker so it was such a pleasure having a laptop with speakers that actually work.

The bigger adjustments came when dealing with photos, videos, and just Windows overall.

Working with images and videos

I take a lot of screenshots. On Mac, it feels easy and natural. I can’t say the same for Windows. It feels like I have to go through more steps than necessary just to get a screenshot.

Video editing was another thing, too. I’ve been editing on Final Cut Pro ever since I started video editing professionally. I wanted to try Davinci Resolve but some of the work I had to do required the edits to be done quickly — something I could only do on FCP. 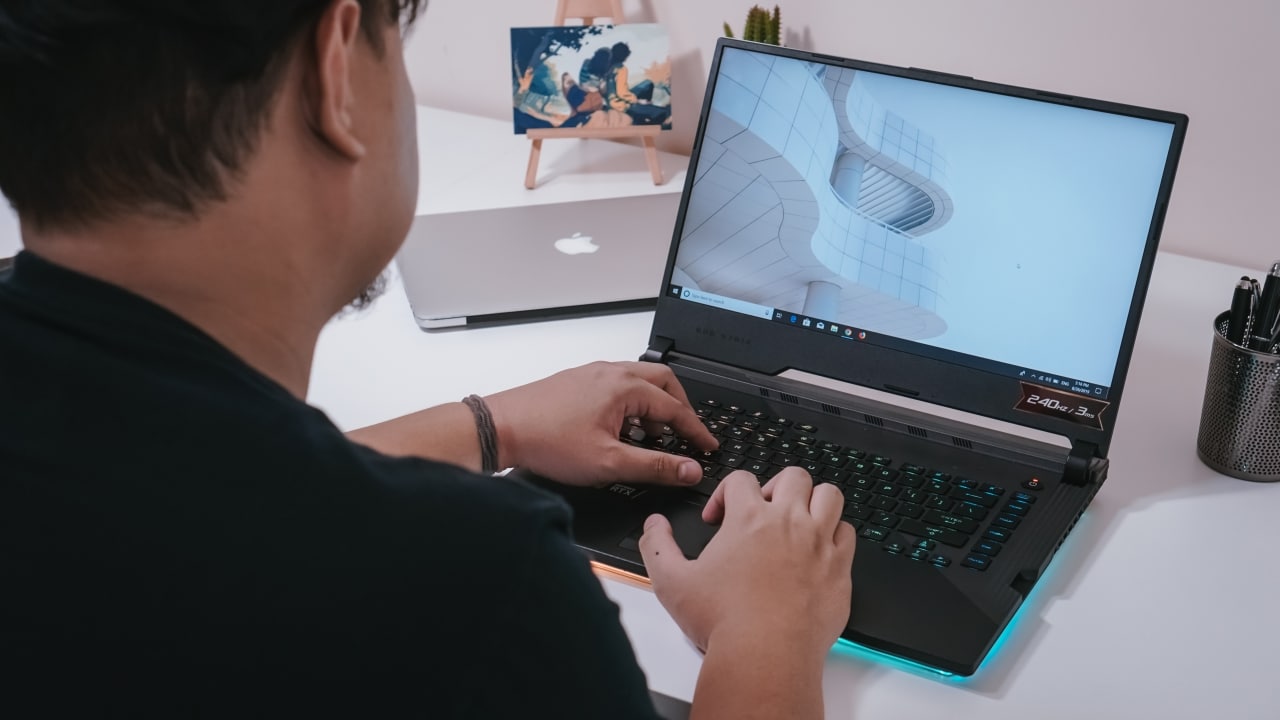 But that speaks more to my comfort level on the software more than anything else. I did try editing something and the laptop had no trouble whatsoever with it. Same thing with the light photo editing I usually do. It’s like child’s play for the ROG Strix Scar III.

Other than that, Windows 10 has been a pleasant surprise. I can’t even remember the last iteration of Windows I used, but this was clean and functional. However, 11 out of 10 times I would still choose macOS. 🤷🏻‍♂️

The gaming part blew my mind

One of my biggest regrets is that I worked on the ROG Strix Scar III more than I gamed on it. I only got to play one game — Devil May Cry 5 — and it was more than enough to convince me that this laptop delivers where it should.

It wasn’t something I was totally expecting since I thought, while working, that the display on my MacBook Pro looked… crispier. But when I fired up Devil May Cry 5, boy oh boy it was such a visual spectacle. 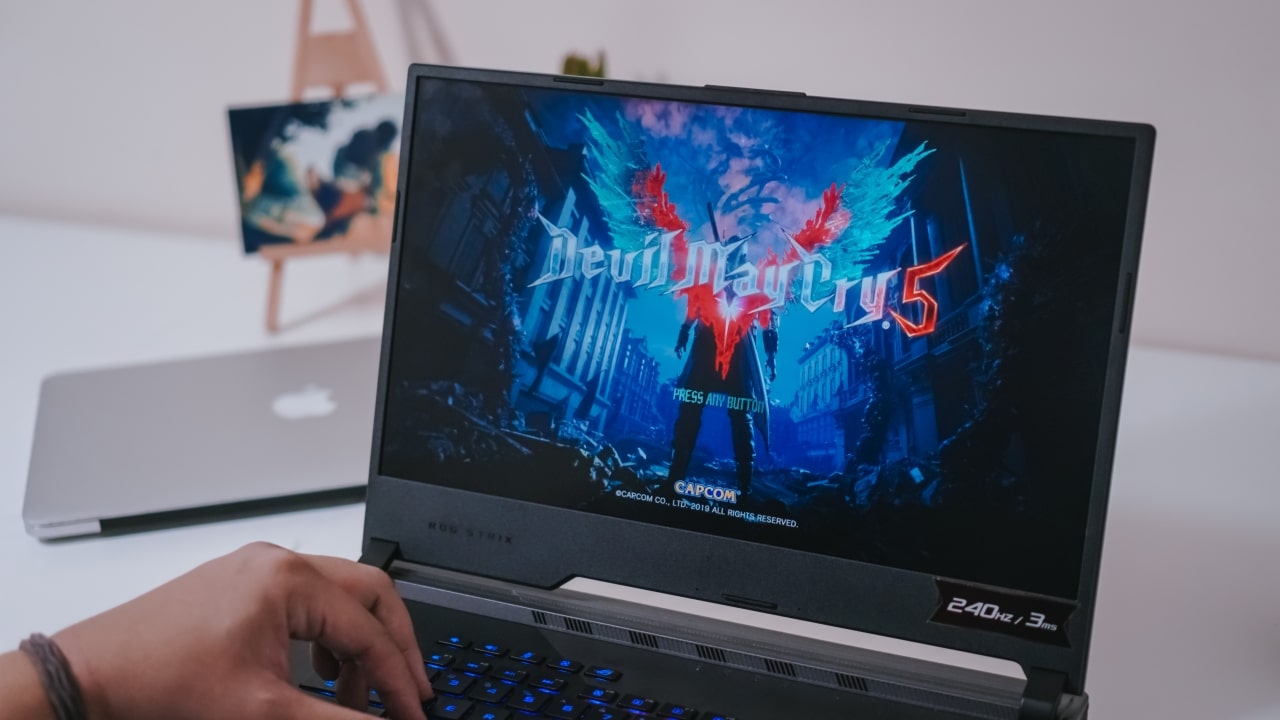 The NVIDIA GeForce RTX 2070 was really doing its job. I was hooked at how good it looked I played well into the wee hours of the morning despite knowing I needed to wake up early the following day.

While I’m used to holding a controller while playing, I did play my fair share of Counter-Strike and NBA Live waaaaay back in the day. So the mouse and keyboard setup wasn’t too much of an adjustment. 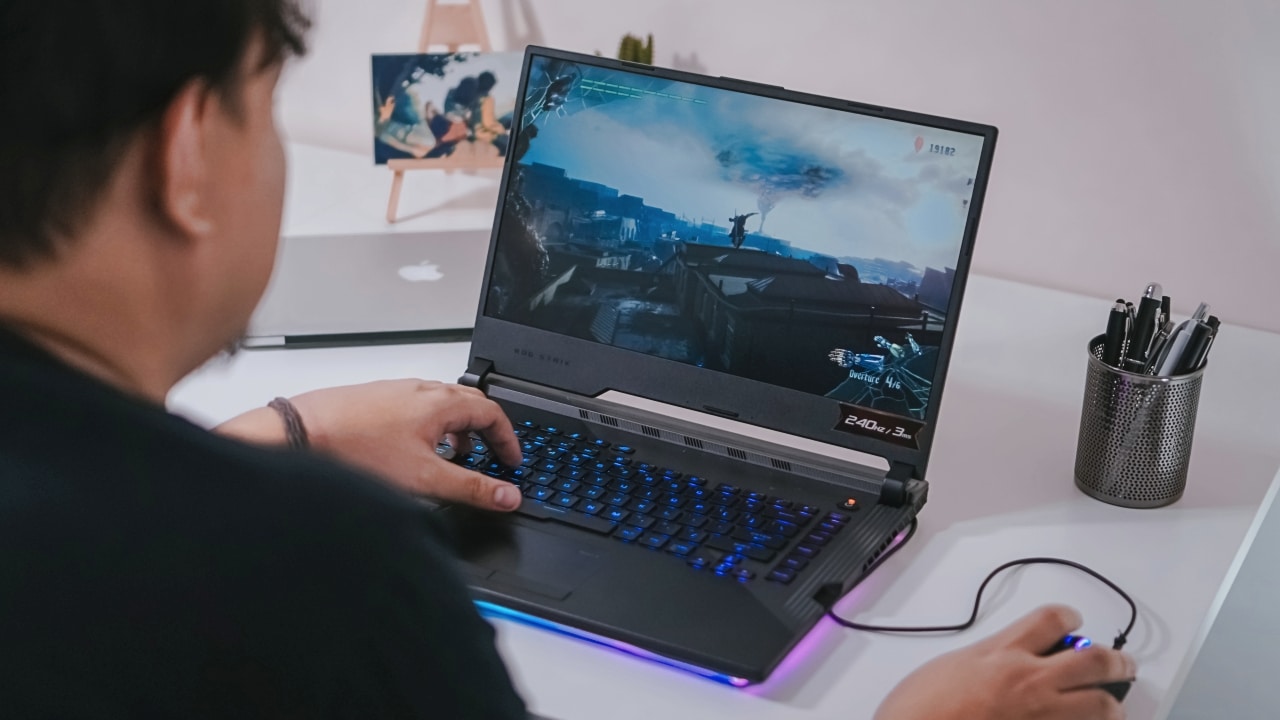 The keyboard was just truly a dream. I’ll go as far as saying this is probably the best keyboard I’ve ever used on any laptop.

And then you have that display. With an 81.5 percent screen-to-body ratio, it’s hard not to feel like you’re so much closer to the game than you actually are. 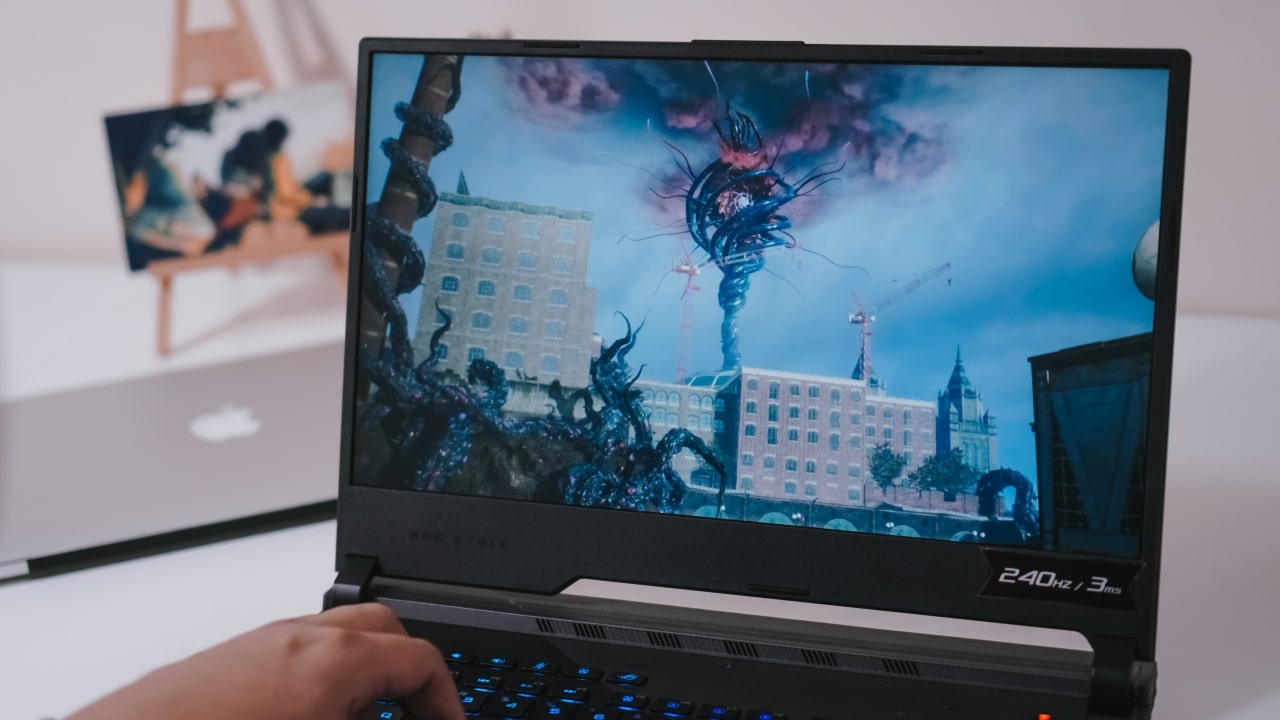 Is the ROG Strix Scar III your GadgetMatch?

From a Mac user, my gaming and working habits are pretty far off from who this gaming laptop might target. Despite that, I had a grand time with the ROG Strix Scar III. If you asked me to completely switch to this I wouldn’t be totally opposed to the idea.

It has more tricks that I wasn’t able to dig deep into. There’s plenty of customization to make your gaming experience more tailored to your preferences. I’m inclined to say that if you’re out on the market for a gaming laptop that has all the oomph you could possibly want, then this is the one for you. 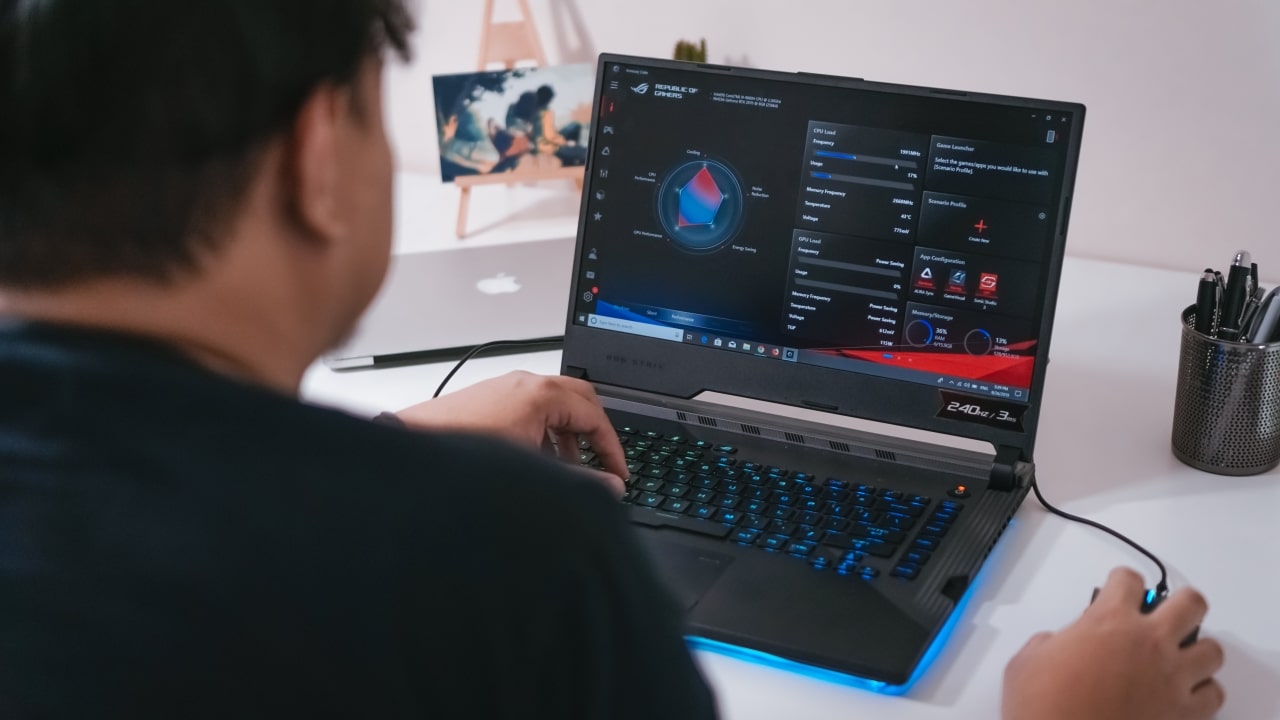 The variant we reviewed (i9, 240hz screen) retails for PhP 169,995 (US$ 3,252). It’s available at ROG Mall of Asia and other ROG concept stores in the Philippines. For more information on other variants visit the ROG Strix Scar III product page.

If that’s well within your budget, you won’t regret getting the ROG Strix Scar III. It’s a perfect blend of sleek and power without being overbearing. It’s a gaming laptop that’s easy to fall in love with.