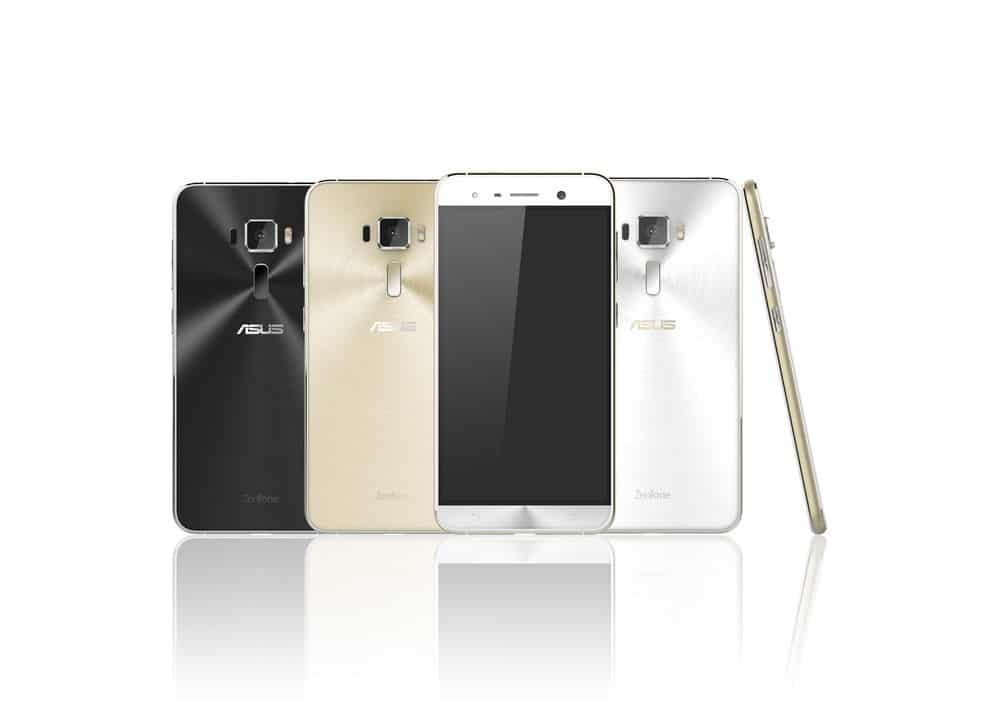 If you’re a fan of ASUS’ budget ZenFone smartphone series, 2016 hasn’t been too kind to you so far. Two major tech conferences have passed, and yet the Internet still hasn’t gotten a solid clue as to what the ZenFone 3 might look like.

The situation is particularly worrisome because it’s already April, and the next-generation ZenFone has been tipped for a launch event at Computex 2016 in June.

Will it have two rear cameras like the LG G5? A curved screen like the Samsung Galaxy S7? A smaller screen to match the trajectory of Apple’s recent product announcements? Or will ASUS surprise the bejeezus out of the industry by unveiling a flip phone, or today’s equivalent of a joke goldmine?

At this point, you might be asking yourself: “When will someone throw a bone to us fans who have been waiting for that bloody phone to show up?”

Wish granted. Meet a couple of leaked — albeit convincing — images of ASUS’ upcoming ZenFone 3 and ZenFone 3 Deluxe. And we’re not using the term “convincing” loosely here. Let us count the ways.

For starters, the images come from Red Dot 21’s design directory. If the name rings a bell, it should, especially in the context of ASUS phones: In 2014, the original ZenFone series bagged the Red Dot design award for mobile devices; the year after that, ASUS won a bunch of other awards for products, including, but not limited to, tablets and notebooks.

So, yes, the connection between Red Dot and the Taiwanese manufacturers is, if nothing else, strong.

A paragraph to describe the ZenFone 3 also appears on the Red Dot website. It reads:

ASUS Zenfone 3 Series is a mainstream smartphone that displays the beauty of craftsmanship and engineering. With 2.5D glass on both front and back sides, we intend to bring the meticulous glass artistry used in watches to smartphone. Beneath those glass lays a thin layer of decoration film with metallic spin texture, portraying the ASUS identity in a new form. A curved aluminum frame offers a robust architecture and a comfortable grip. Zenfone 3 consist of type C USB for speedy charging and file transfer, front flash for selfie in low light situation, laser focus for instant snapshot and finger print recognition for spontaneous ID check.

Going by that description, it sounds like the next ZenFone will have a curved-edge glass on both panels held together by a metal frame, a USB-Type C port with fast-charging capability, front-facing flash, laser autofocus, and a now-ubiquitous fingerprint sensor. It will also support some sort of smart flip cover that lights up to indicate different things.

Metal is the best material to enhance and present the craftsmanship of creating the best smartphone. However, it is also the obstacle to the antenna signal. As the result, the designers and engineers always challenge each other to balance the aesthetic of smartphone appearance design and the possibility of the engineering. Look back to every metallic smartphone, without exception, has some necessary aesthetic flawsfor antenna on the back. These flaws could be the plastic lines, decorations, etc. By absolutely breaking down the principles of radio transmission, combining the design creative thinking and overcoming the limitation of manufacturing, ASUS Zenfone 3 Deluxe no longer needs to compromise and presents the first full-metallic smartphone in the world.

And then there’s the alleged design of the ZenFone 3: It looks a bit like the outcome of ZenFone Zoom and ZenBook engineers reaching a compromise after months of trying to brainstorm for a smartphone. We’ll let you guys handle the front and sides of the phone — but only if you let us do what we want with the back.

That ASUS would rather take a lot of inspiration from previous ASUS products than go back to the drawing board in an effort to get people excited about the ZenFone 3 seems likely. ASUS isn’t the most adventurous when it comes to designing handsets, after all. And if you need proof, look no further than past ZenFone models.

As always, we’ll keep our eyes and ears open for more details about the ZenFone 3 as they come. For now, feel free to speculate wildly over the authenticity of the images and information from Red Dot’s website.