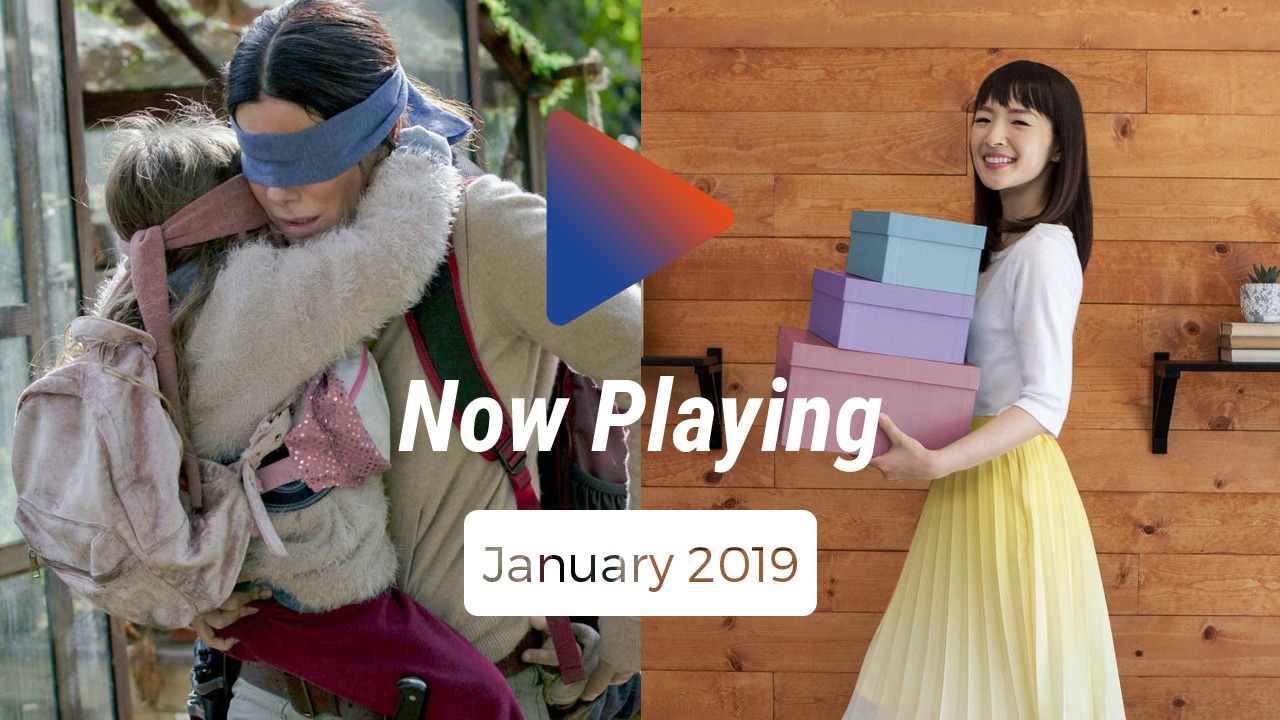 Over the holidays, the GadgetMatch team got some time to rest and relax before CES 2019. Here’s what we enjoyed during our break.

Bird Box
Marvin: If you’ve already watched Bird Box, congrats. If not, you aren’t missing out. Despite the massive hype, this Netflix movie isn’t a must-watch. Honestly, the fan theories and multiple interpretations you’d read online are more fun than the feature itself. Even its legacy, the Bird Box challenge — wherein you have to do mundane tasks blindfolded — may leave a longer-lasting impression.

Taylor Swift reputation Stadium Tour
MJ: There’s something magical about concert films, especially if it involves your favorite pop star. Taylor Swift’s Reputation Stadium Tour celebrates a night of music featuring a visually pleasing stage and fabulous dancing. This happened at the AT&T Stadium in Dallas, the last run of her US leg during her world tour.

Black Mirror: Bandersnatch
Kevin: If you share the same sentiments with Marvin about Bird Box, you’re better off checking out Black Mirror’s Bandersnatch. Being an interactive movie, it’s probably something you haven’t experienced before. The way you select between choices throughout the scenes dictate different results and next thing you know, the fate of a teenager’s video game is in your hands. Oh, and when you’ve seen it, check out our Bandersnatch: A Discussion article and read our take on the entire thing.

Tidying up with Marie Kondo
Kevin: Since most of us are still struggling to be proper adults, it really helps to be shown once in a while how to do things properly — most importantly, in tidying up our own place. Marie Kondo is an organizing consultant famous for her KonMari method and only keeping things that “spark joy” in you. Beyond the wise decluttering tips, the show also touches on the human side of everyday things that sometimes result in one’s disorganization.

Instant Hotel
Dan: Instant Hotel is one of those shows I never knew would be a good. The premise of the show revolves around the concept of an instant hotel (think Airbnb) wherein owners have to prove that they have the best one. They stay in each property and give it a score based on certain criteria. Instant Hotel is delightful to watch, while at the same time interesting because of the contestants. The show is originally from Australia but it’s available internationally on Netflix.

A Series of Unfortunate Events, Season 3
Dan: The third and last season of the A Series of Unfortunate Events on Netflix wraps up the tale of the Baudelaire children. It’s adapted from the four final books of the novel series. Since this is the final season, it has to be good. Like the first and second season, the third one is well-made and has a unique personality. The overall narrative matches the novel’s tone. It’s wonderfully weird, to be honest. I just wish that the ending was split into two parts to cover more of the final novel.

Titans
Dan: Those who have watched Teen Titans cartoons before should check out DC Comic’s live-action series Titans. If Teen Titans is a fun, quirky superhero show, Titans is dark and mature. Its post-Nolan, post-Dark Knight atmosphere presents itself well, but I do have some minor concerns. Marvel’s Daredevil series is better overall, though Titans has the potential to be great. The first season is now on Netflix.

YOU
MJ: YOU is about Joe Goldberg, a bookstore manager who’s obsessed with an aspiring writer named Guinevere Beck. The show shows how today’s technology makes it easier for stalkers to find their way into our lives. Aside from the creepy and extreme measures the bookstore manager does to insert himself in Beck’s life, YOU gives a lesson on what not to do when dealing with strangers to prevent stalkers.

Patriot Act with Hasan Minhaj
Rodneil: I’m a lowkey fan of political satire and Hasan Minhaj’s delivery, which I can only describe as a PowerPoint presentation on steroids, feels like such a fresh take. The little over 20-minute episodes that range from immigration to social media, and even hypebeasts, are all well-written and thoroughly researched. The show is both informative and undeniably entertaining.

Naruto
Rodneil: Also known to its fans as “Boruto’s Dad,” this is quite literally the origin story of a legend. Naruto was part of the Big Three shonen anime for longer than a decade and its availability on Netflix is great for both the younger generation and everyone feeling nostalgic about the anime. This series also has arguably one of the best fights in anime: Rock Lee vs Gaara. That’s Season 2, episodes 22 to 24. You’re welcome.

Sunrise by GFRIEND
Vincenz: This is different from your typical K-pop girl group songs with catchy and repetitive lyrics. The song portrays a more meaningful and heartfelt message with its lyrics. Combined with the sound of classical instruments and synths, you will also be mesmerized by their powerful yet soothing vocals (two high notes in one song, anyone?), giving you the feeling of a fantasy-like, whimsical love song — not to mention it also sounds like a Korean anime track.

Like Like You by Ace Banzuelo
Vincenz: I was already hooked the first time I listened to this song. Ace’s vocals clearly catch the ears (and even hearts) of its listeners. It gives me the LANY x LAUV vibe because of its mesmerizing synth-pop tune that works together with its catchy yet meaningful lyrics. This is definitely a perfect go-to song for your daily music streaming, casual road trips, and even chill bar sessions with your friends and special someone. 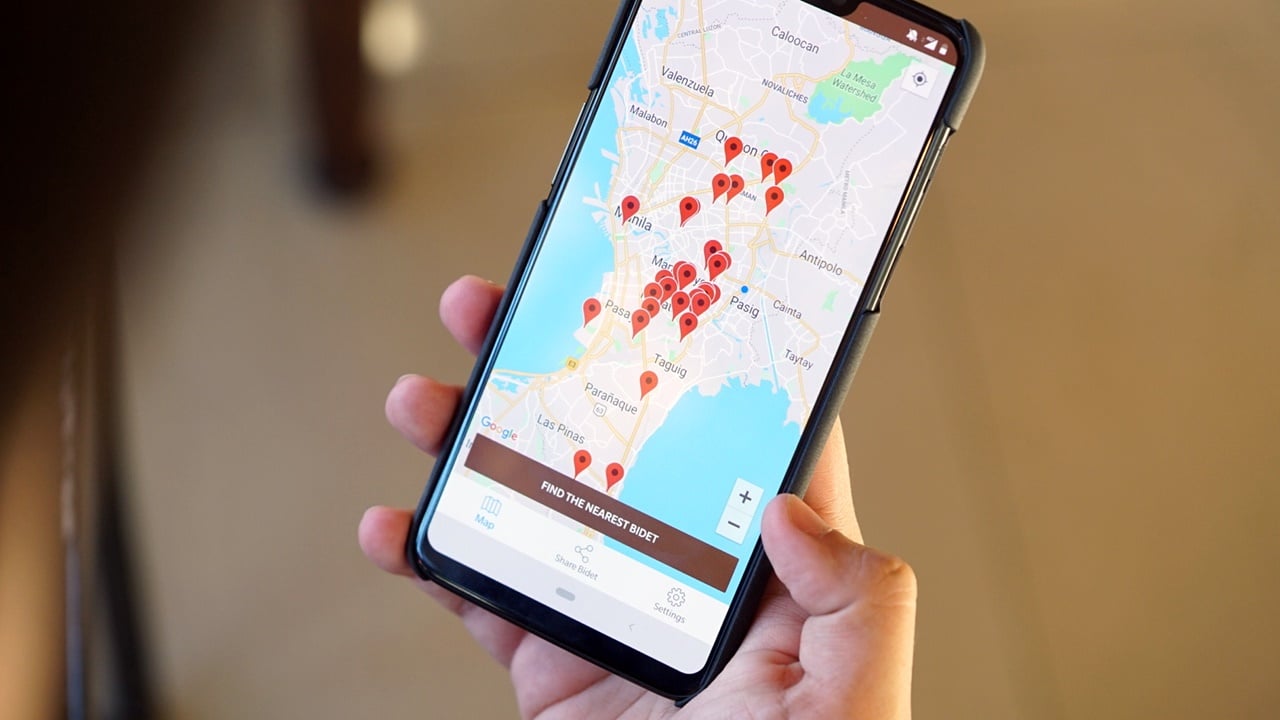 San Bidet
Dan: You might have heard about it already, but apps like this need to be more popular. San Bidet must have a lot of users and supporters for it to serve its purpose. What is this app, you ask? It’s a location-based directory of toilets with a bidet. It can point you to the nearest one with a single tap, because it knows what an emergency is. The app is available for Android and iOS devices.

VLive
Rodneil: The K-pop girl group Twice has been my one source of happiness of late. I needed heavy doses of happiness and that meant downloading the VLive app. It’s a South Korean live streaming service meant for K-celebs to connect with their fans worldwide. The English subtitles are as real-time as they come and you can stream previous broadcasts so you can get deeper into your fandom.