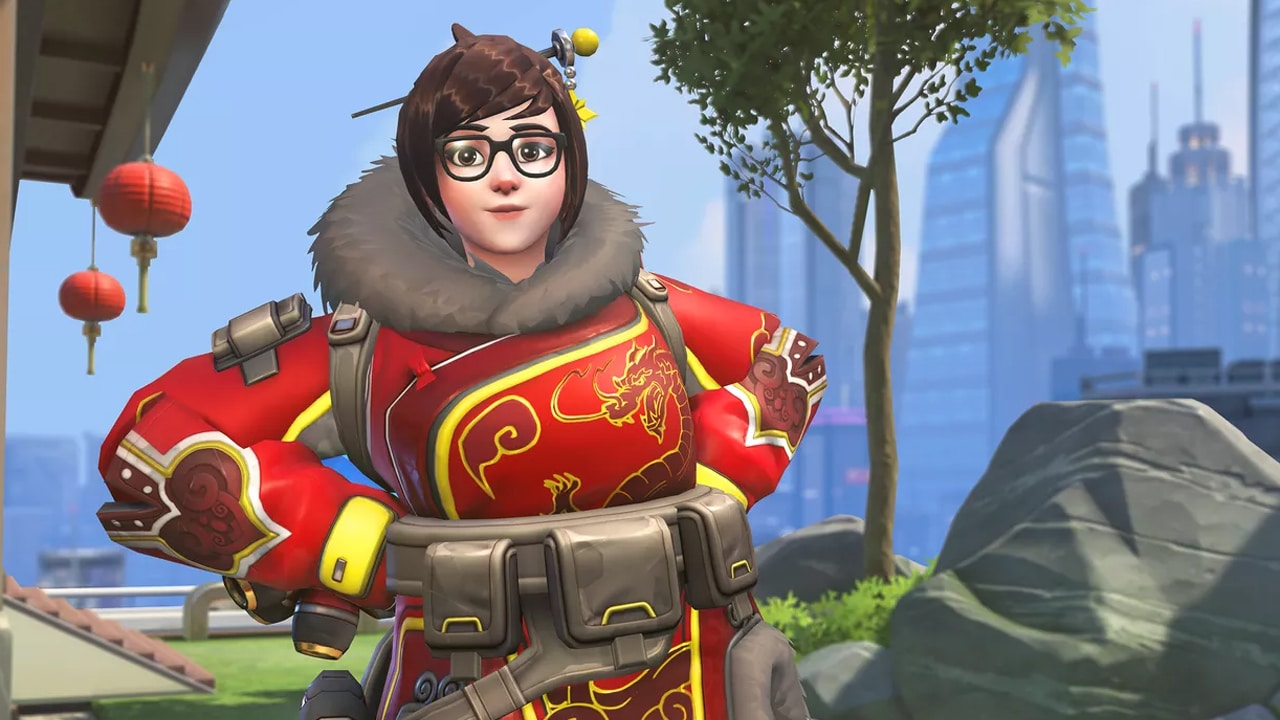 The American corporate world is in a state of crisis caused by the tension between China and America. In the middle of this heightened Sino-American corporate war, Hong Kong lies in the middle, eagerly awaiting its democratic victory against Chinese authoritarianism. Because of the immensity of the geopolitical issue, individuals have inevitably expressed their opinions on the matter through public avenues.

Recently, individual opinions are getting in the way of corporate profits, especially for the companies that these individuals represent. From slaps on the wrist to outlandish punitive measures, American companies are putting a clamp on anti-China sentiments. The US is discovering where their favorite companies’ loyalties really lie — with the American people or with the Chinese government.

Blizzard: too cool for Hong Kong

Among these controversial companies, Blizzard Entertainment is fueling a significant portion of the dispute. Last weekend, the company held a Hearthstone tournament in Taiwan. The winner, Blitzchung (real name: Chung Ng Wai), expressed pro-HK opinions during his victory speech: “Liberate Hong Kong, revolution of our age.”

Days later, Blizzard Entertainment issued steep punishments against Blitzchung: stripping him of his prize money and banning him from competitive play for a year. The company has also fired the two broadcasters involved in the interview. Blizzard has deleted the official interview from their accounts.

“I don’t regret saying that stuff. And even now, I don’t regret it at all.” In defense of his actions, Blitzchung has expressed the necessity of his opinions. “I shouldn’t be scared. I hope my act can inspire other gamers like me, to continue to support the movement in Hong Kong,” he told AFP.

According to Blizzard, Blitzchung’s voiced opinion “offends a portion or group of the public, or otherwise damages [Blizzard’s] images,” warranting the fine and the ban. Curiously, the company did not say if the ban results from any Chinese intervention.

Since then, Blizzard’s actions have sparked global outrage, accusing the company of political favoritism rather than supporting its customers or representatives. Many individual personalities have boycotted the company’s products including the highly popular MMORPG World of Warcraft and the competitive shooter Overwatch.

Some Overwatch players have even started using the game’s Chinese character, Mei, as a pro-HK icon. In the game, Mei — and the other characters — are largely apolitical regarding real-world politics. The game is set in a futuristic world with anthropomorphic gorillas and conscious robots. In creating a pro-HK icon, players hope to cause a larger boycott of Blizzard’s products.

Notably, Blizzard’s employees have also expressed dismay over their company’s actions. After the incident, several employees have walked out of their offices in protest. Also, an employee has supposedly taped over Blizzard’s forward-thing motto displayed on the company’s campus: “Think Globally” and “Every Voice Matters.”

Recognize what’s happening here. People who don’t live in #China must either self censor or face dismissal & suspensions. China using access to market as leverage to crush free speech globally. Implications of this will be felt long after everyone in U.S. politics today is gone. https://t.co/Cx3tkWc7r6

The global outrage has already earned the attention of American lawmakers. Floridian Senator Marco Rubio has tweeted his support against Blizzard. “China using access to market as leverage to crush free speech globally,” he said.

Another senator, Ron Wyden from Oregon, has expressed the same sentiments. “Blizzard shows it is willing to humiliate itself to please the Chinese Communist Party. No American company should censor calls for freedom to make a quick buck,” he said.

Blizzard shows it is willing to humiliate itself to please the Chinese Communist Party. No American company should censor calls for freedom to make a quick buck. https://t.co/rJBeXUiwYS

Meanwhile, rivaling game companies have shown support for Blitzchung. Gods Unchained, a card game similar to Hearthstone, has promised to pay the tournament winner the full winnings stripped by Blizzard. Fortnite’s Epic Games has proclaimed that it will never penalize players for expressing their right to free speech.

Besides Blizzard, the NBA is also embroiled in a similar controversy. China has recently blacklisted the Houston Rockets because of a tweet from general manager Daryl Morey. Apple is also in trouble for supporting a pro-HK app and censoring the Taiwanese flag.

Slowly, the world is unraveling the curtain draping over the biggest companies today. Underneath, people are discovering a cruel truth: the persistence of money versus integral values.

Update [10/11/19]: At the end of the day on Friday (US time), Blizzard issued a statement in response to the recent controversies. In the lengthy post, the company has decided to ease up on the penalties issued to both Blitzchung and the shoutcasters. For one, Blitzchung will finally receive his full winnings. Further, Blizzard has reduced the bans to only six months.

Explaining their side, Blizzard has reiterated that the decision was made without Chinese intervention. According to the statement, Blizzard acted to ensure the tournament’s status as an inclusive environment for all gamers.

SEE ALSO: Blizzard is taking their other titles to your mobile 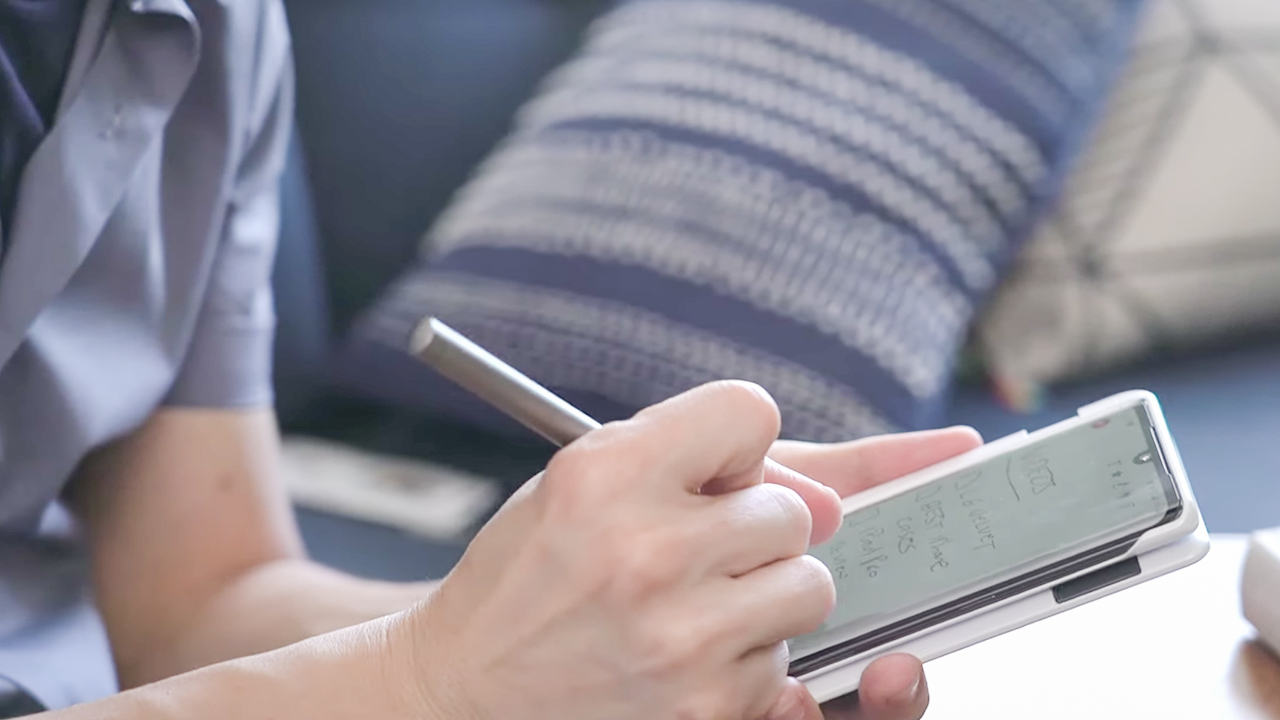 For almost a decade, Grab affixed itself as a staple in Filipinos’ lives. The ride-hailing app’s advent revolutionized mobility in the Philippines, making living in the metro relatively convenient.

Grab is aiming to support local businesses in their transition to a growing digital economy. It seeks to bridge the gap between MSMEs and consumers relying on digital-based services. Furthermore, it kickstarted initiatives that are accessible to small business owners — particularly mom-and-pops or independent, family-owned businesses.

“Small, independent businesses are the backbone of our economy,” according to Grab Philippines Brian Cu.

Believing that supporting government initiatives will help these businesses rejuvenate the economy amid the pandemic, the Small Business Booster Program strives to provide digital support to businesses, such as GrabMerchant.

This all-in-one platform helps business owners augment their customer base efficiently. Some features include Insights — providing analytics to a merchant’s sales, marketing campaigns, and its customers’ profile and buying behavior.

There’s also an ads creation tool, which allows merchant-partners to create their own advertisements and track performance in Grab’s platform.

GrabMerchant is available to existing Grab merchant-partners as an app. A web portal is already in the works, which will roll out by the end of August 2020. Currently, there are over 78,000 merchant-partners onboarded in the Grab app across Southeast Asia.

In the Philippines, Grab recorded almost 12,000 merchants between March and June 2020, with small businesses seeing at least 57 percent growth in their online revenues. Interested merchants can sign up through this link. 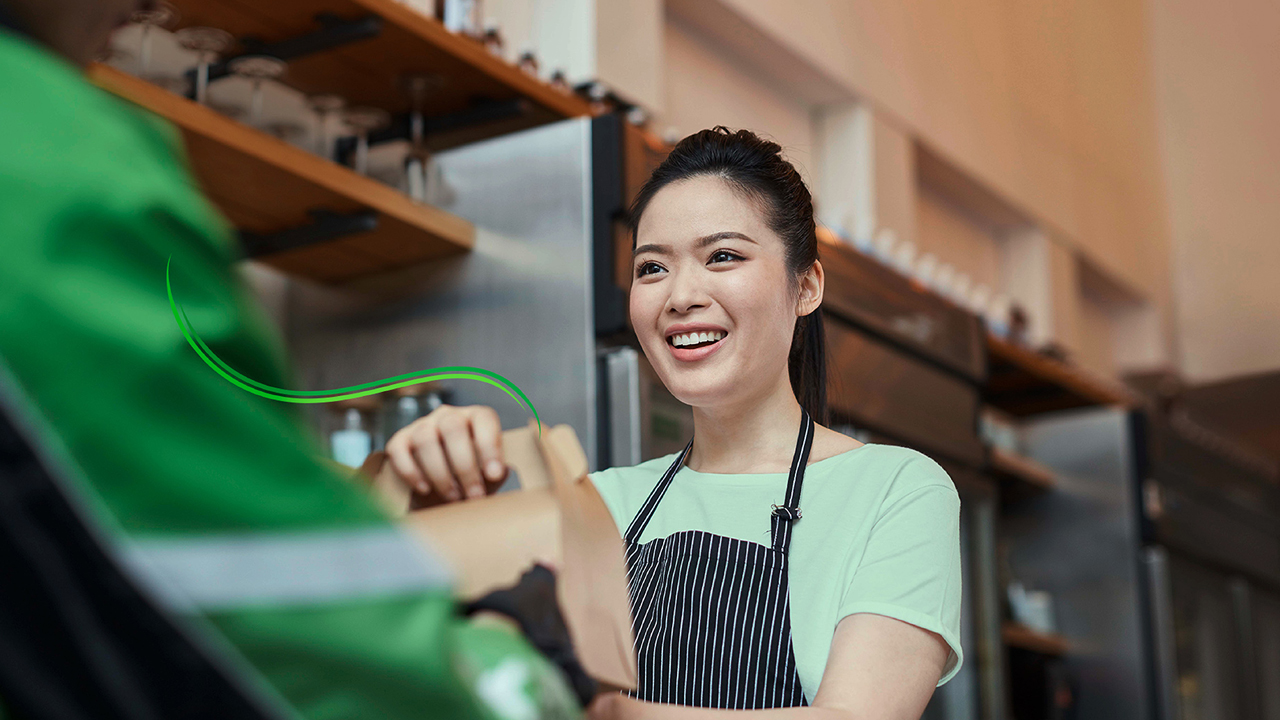 Aside from GrabMerchant’s Ads creation tool, Grab is committed to supporting Filipino merchants with advertising solutions. Most merchant-partners saw up to 300 percent return on ad spend, after placing an ad on GrabFood’s homepage.

Through its “Homegrown Heroes” initiative, Grab will create personalized ads for over 1,000 merchant-partners, featuring their businesses for five weeks on the most prominent spaces within the app. Costs and resources required to produce materials will be covered by Grab.

An easy way to receive payments

If you’re a social seller, take advantage of Grab’s Offline to Online (O2O) Merchant Support Program. Businesses with no online presence can set up their online stores, and utilize an integrated GrabPay checkout for virtual payments through a landing page on Grab.com.

Since the lockdown, people turned to social selling for sustenance. However, online selling plies with tricky payment methods. Grab aims to ease purchasing and receiving payments through its Remote GrabPay link solution, where sellers can hand out URLs to their customers.

These links will allow customers to make direct payments from their GrabPay Wallet, which sellers receive easily. Access the service through this link.

Grab is also leveraging its leadership in technology and innovation to help expand livelihood opportunities to Filipino farmers across the country.

It has been actively working with local governments in helping traditional ecosystems maintain their presence in a growing digital economy. Together with the Department of Agriculture’s Kadiwa ni Ani at Kita program and the Department of Tourism’s Philippine Harvest Initiative, Grab seeks to create an avenue for Filipino farmers to earn through the Grab platform. More importantly, their fresh produce will be delivered to customers across Metro Manila.

To learn more about Grab’s response in the COVID-19 impact, check their social report, Grab for Good through this link.

They won’t change any policies 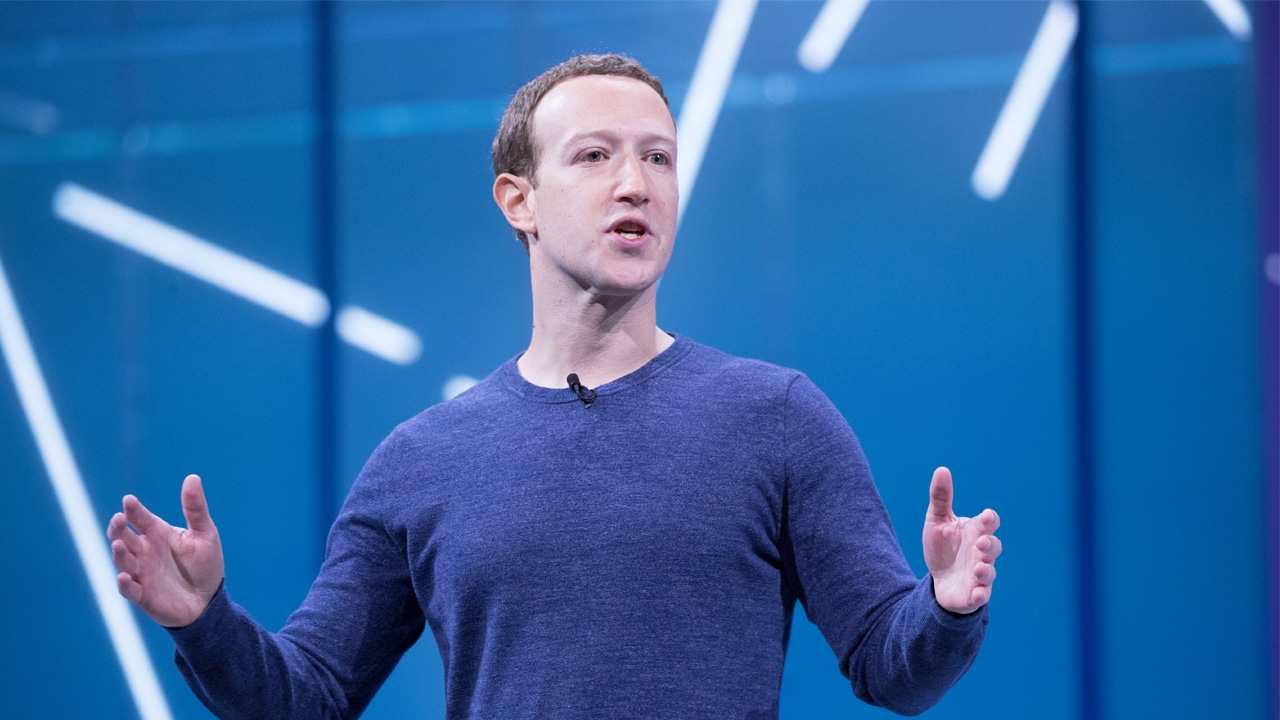 Between piling privacy issues and moderation controversies, Facebook is facing a reckoning. The company’s own employees have already started to revolt against Mark Zuckerberg’s stances on current issues. Externally, Zuckerberg is also under fire from its huge slate of advertisers. Since last week, the world’s biggest brands have started pulling out of the platform’s advertising opportunities. The list includes Starbucks, Unilever, Coca-Cola, Microsoft, PlayStation, and counting.

As the boycott gains momentum, the ball is on Zuckerberg’s court. Unfortunately, based on a leaked transcript of an internal meeting obtained by The Information, the Facebook boss has no intentions of taking the boycott seriously.

According to Zuckerberg, Facebook will not change any internal policies or strategies “because of a threat to a small percent of [their] revenue.” He assures the company that the boycotting brands don’t make a dent on their bottom line. True enough, Facebook’s revenue stream relies mostly on advertising, wherein millions of companies post ads on the platform.

Further, Zuckerberg claims that “these advertisers will be back on the platform soon enough.” Though ballsy, his statements echo an odd strategy to downplay the effects of the boycott. If anything, he also plans to meet with boycotting brands to develop a compromise for the situation. Of course, whatever the compromise will be, it won’t change anything substantial in the company’s overall policies.

Whether you believe in Zuckerberg’s braggadocio or not, screaming “you’ll be back” at dissatisfied customers is an ill-advised practice in public relations. As of now, the boycott is still full steam ahead. Only time will tell if more advertisers will join the battle.