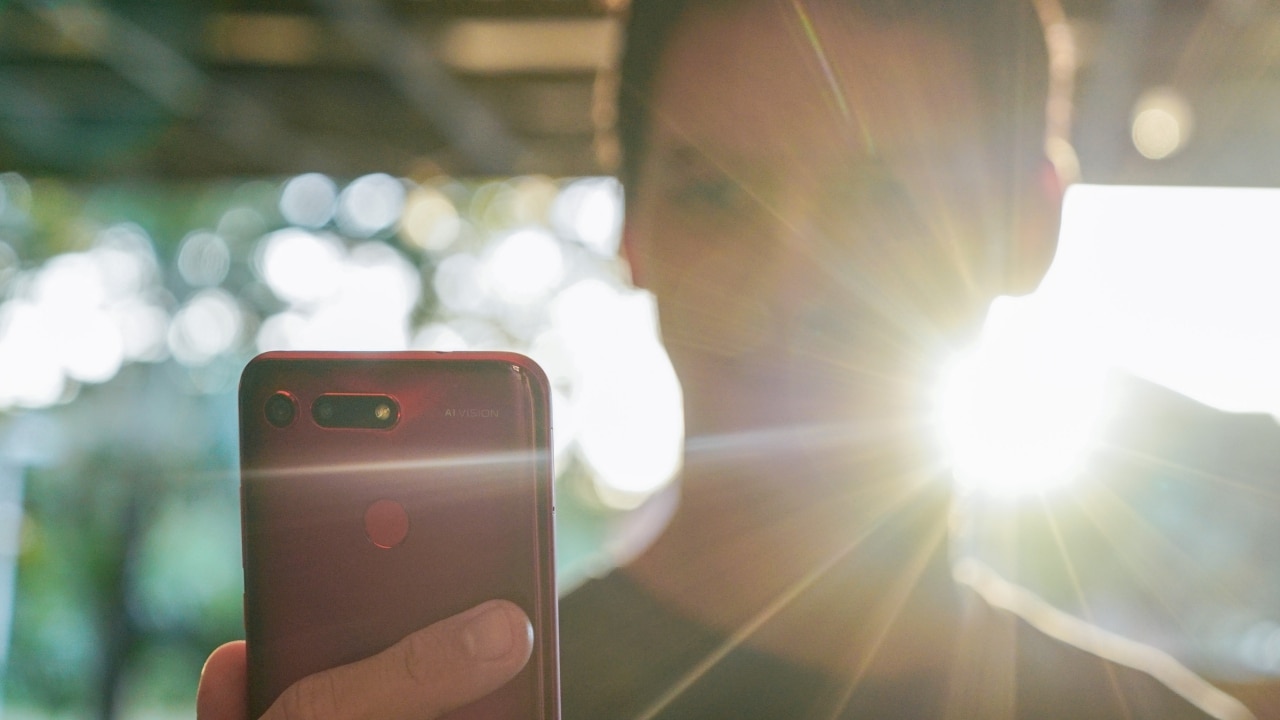 Exactly 8,851 prepaid users of Globe Telecom responded to a text promo registration, and now their personal info is available for strangers to see. It appears to be a case of “wrong-send,” but this is something that users shouldn’t ignore.

Globe sent a text blast among its prepaid subscriber base for registration to an “exclusive community of Globe Prepaid customers.” To encourage people to join, the telco is raffling off free tickets to a Blackpink concert, a popular K-pop group, in Manila.

Everything seems to be just another promotional offer. But, once the confirmation email was sent to those who registered, there has been mismatching and users received personal details of another user. The emails contained someone else’s name, full address, and email address.

Globe has already acknowledged the issue with a posted statement via its GlobeICON Facebook page:

Globe Telecom has rectified the issue with affected customers on sending wrong confirmation receipt to another individual and reported the incident to the National Privacy Commission in compliance with regulatory requirements. It was just a case of sending the data registration confirmation receipt to the wrong individual and was not sent en masse or as a group of data. It only affected prepaid customers who have registered to the On The List program to avail of concert tickets and other music venues of Globe events. About 8,851 customers were affected out of 60 million prepaid customers.

Globe Chief Information Security Officer Anton Bonifacio said: “The On The List registration site was taken down immediately to remove access to potential registrants at the time and we have notified all affected prepaid customers of the issue.”

In response, the National Privacy Commission confirmed that Globe has formally notified the concerned government agency regarding the data breach.

The NPC is now “evaluating the incident and verifying the information given to us, following our standard procedure.” They also suggest that affected subscribers monitor their online and offline accounts for any unusual activity while they are looking into the issue.

Samsung’s phones are sending information to a Chinese company

But it’s not all bad, according to Samsung 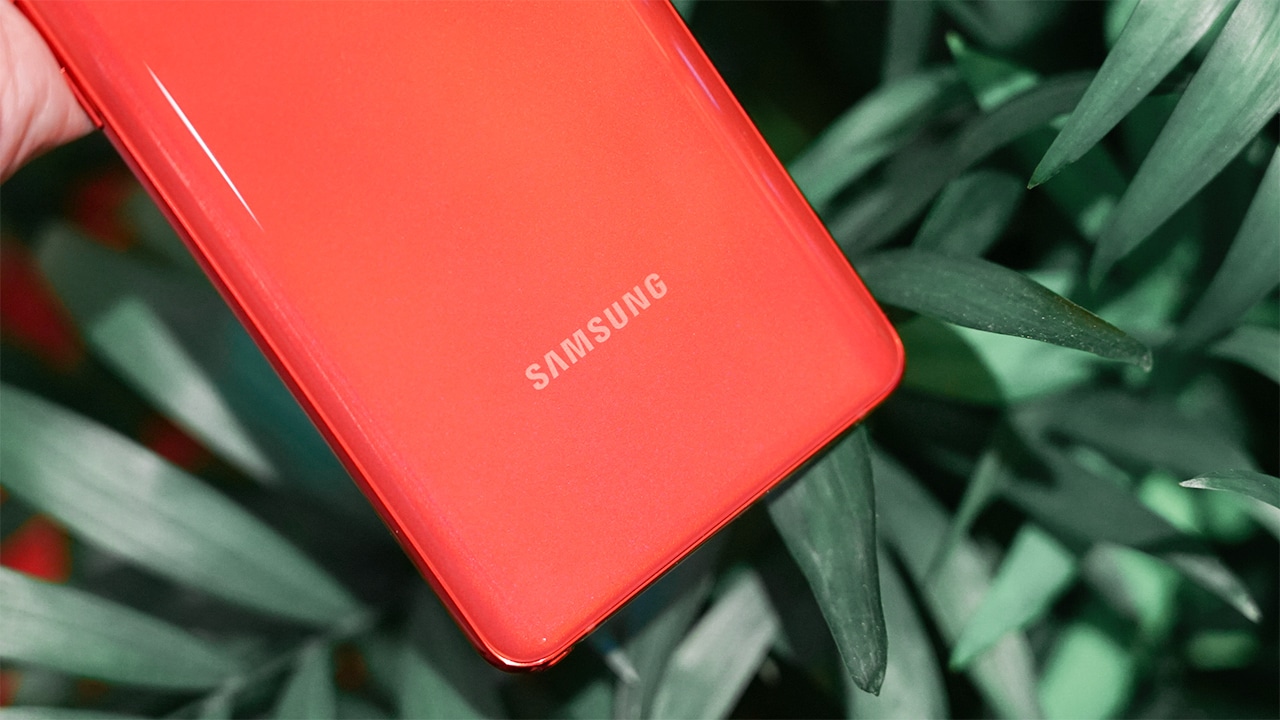 More than a week into 2020, the Chinese cybersecurity issue still proliferates. Today, the target is Samsung. A few days ago, Reddit presented a comprehensive thread on a concerning issue involving all Samsung smartphones.

Apparently, Samsung’s utility app — called Device Care — obtains one of its features from “a super shady Chinese data-mining/antivirus company called Qihoo 360.” As the name suggests, Qihoo 360 provides the app’s storage scanner. Further, as with most utility apps, Device Care is a mandatory, pre-installed app; you couldn’t delete it, even if you wanted to.

Allegedly, the antivirus provider has a less-than-stellar reputation, even in its own home turf. Among other things, it peddles obnoxious adware and actively hunts down other antivirus software in a device. Similarly, it has also been implicated in spyware cases in the past — including a controversy wherein the company sends user data to the Chinese government.

More than just Chinese fear, the Reddit user also tested the app for any communication with outside servers. Surprisingly enough, Device Care does establish communication with several Chinese servers. Unfortunately, the thread does not detail what information was transferred in the process.

Regardless, the information was enough to spark discussion especially among Western users who remain wary about Chinese involvement in their technology.

However, according to a statement from Samsung Members Korea, Device Care sends only information regarding suspected junk files to Qihoo 360. The app merely cross-references its information with Qihoo 360’s databases to confirm whether a file should be deleted or not.

Additionally, in a statement addressed to The Verge, the sent data includes only generic information such as phone model and OS version. “The storage optimization process, including the scanning and removal of junk files, is fully managed by Samsung’s device care solution,” the statement said.

Put simply, there’s nothing to be worried about. Unfortunately, Samsung’s statement will not quell the world’s fears against Chinese technology. Currently, China’s technology sector is still waging a defensive war against all front all over the world. 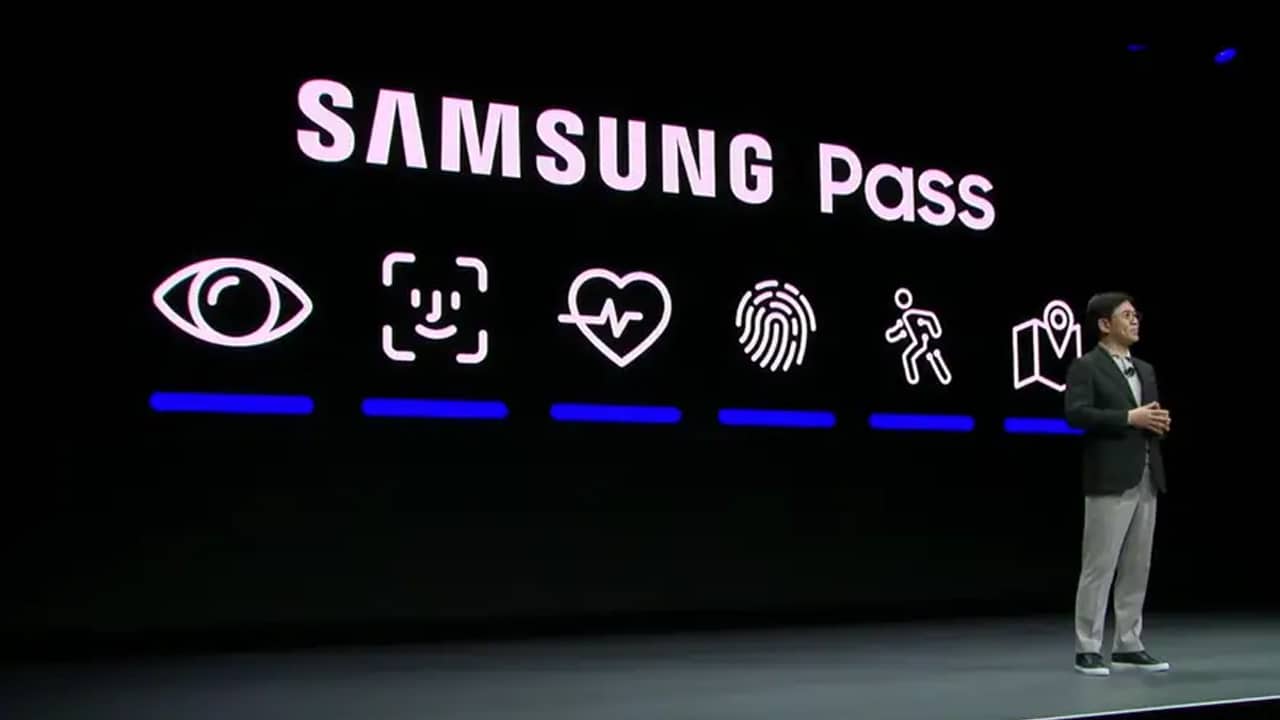 These days, every smartphone maker has a feature that everyone else has. Everyone has bezel-less designs, multi-camera setups, and facial recognition software, for example. However, despite the industry’s tendency to share features with one another, every company has their own take or branding. It’s an unwritten rule that companies can have the same features as another, only if the branding is different.

Oddly enough, Samsung breached this rule recently. At a CES 2020 press conference, the company copied one of Apple’s most prized technologies in recent history. During the company’s talk on cybersecurity, the keynote presented its latest investments in the industry, including facial recognition software. However, in presenting the new information, Samsung used an all-too-familiar image: Apple’s FaceID logo. 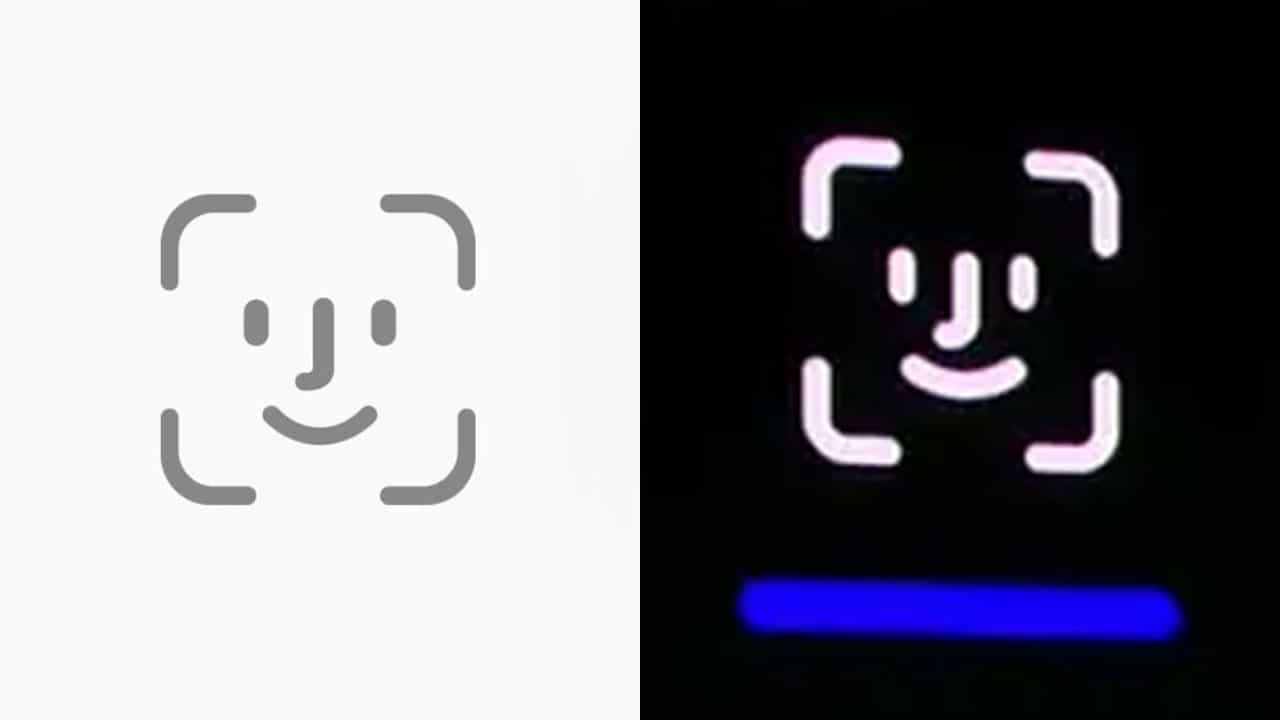 More precisely, Samsung’s weird facsimile has thicker lines and tighter spacing. Regardless, the resemblance is damning. Of course, Samsung did not advertise or claim any involvement with Apple’s products. That said, the blunder is a big one, especially considering that both companies have engaged in copyright spats in the past. 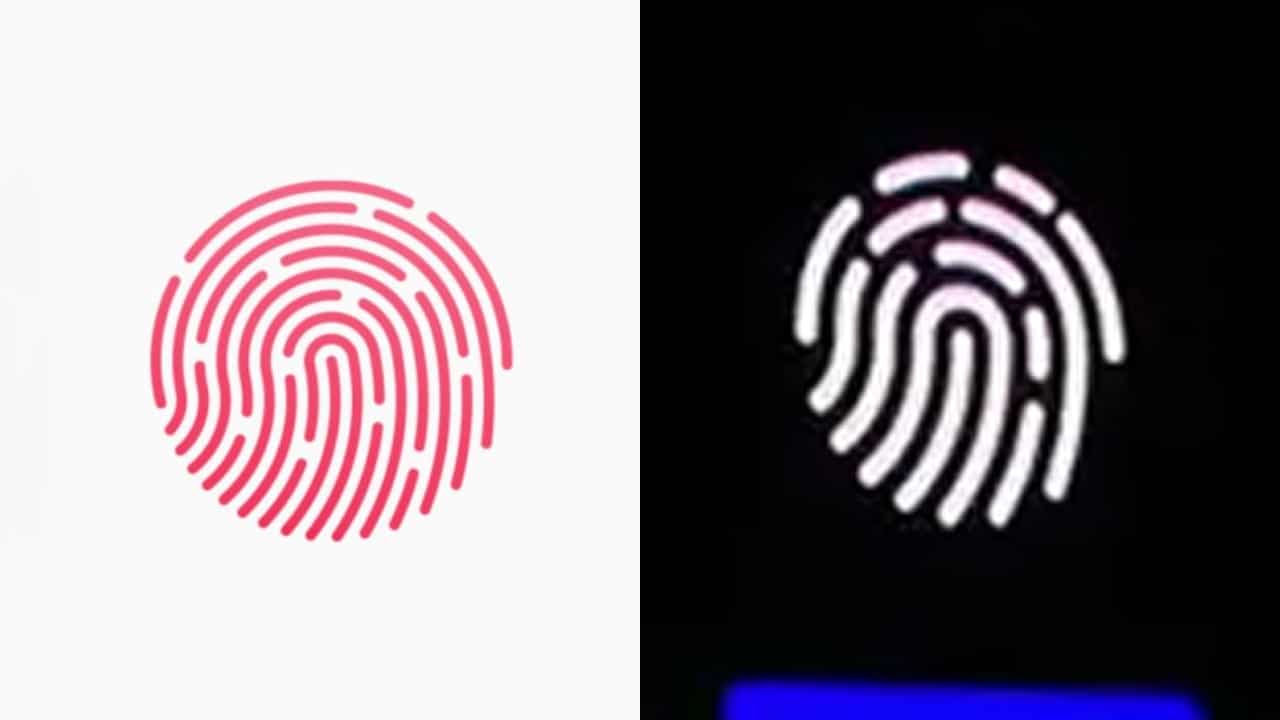 Samsung has not clarified the blunder. On the other hand, Apple has also remained silent. If anything, Samsung’s mistake is a source of lighthearted amusement in this year’s CES event.

Vivo, OPPO, Xiaomi are working together for faster data transfers

Transfers can reach up to 20MB/s 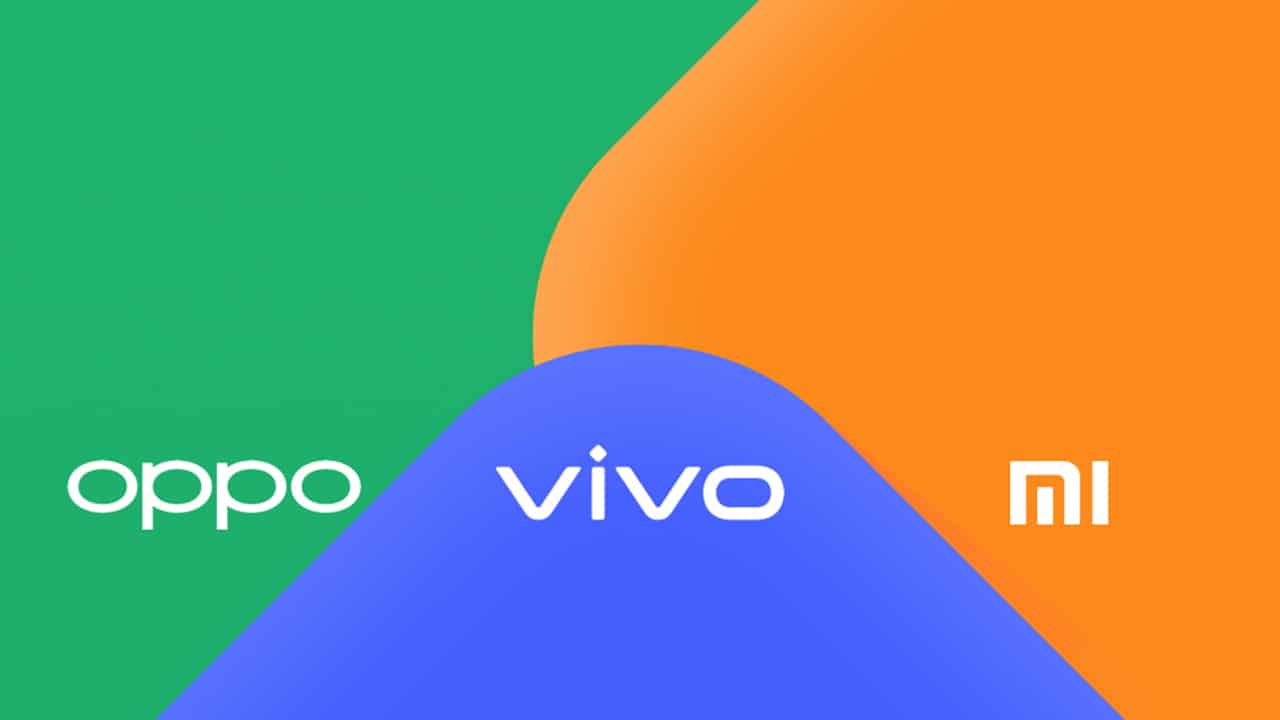 This year, the world is finally getting consumer-friendly 5G internet. After months of stalling, we are ready for the future.

Naturally, higher internet speeds come with larger file sizes. Why should you skimp on file sizes when you have the world’s most cutting-edge technology? Unfortunately, this can mean only one thing. Our devices are burdened with a game of catch-up: larger storages and faster transfer speeds.

Thankfully, storage capacities are already developing larger solutions. Likewise, albeit in a smaller capacity, we are on the cups of faster data transferring.

Particularly, Vivo, Xiaomi, and OPPO have formed an alliance for a higher standard in data transferring. Officially named the “Peer-to-Peer Transmission Alliance,” the deal will deliver seamless transferring without installing third-party software or ruining your monthly data allowance. According to a press release, transfer speeds can reach up to 20MB/s.

Transfers between the three brands will use two different technologies simultaneously: Bluetooth and Wi-Fi. The devices will use Bluetooth to pair. After pairing, they will use Wi-Fi P2P to transfer the files. Additionally, both users can still use their devices while the transfer completes.

Of the three brands, OPPO and Vivo make the most sense. Both brands are under the same parent company. Xiaomi’s inclusion is surprising but welcome.

The new feature will roll out across Vivo products starting February in select markets. Unfortunately, no word yet on the other two brands and in specific devices or markets.

EMUI 10 is rolling out this month