Remember Prime Air? Amazon’s grand plan to deliver packages via drones with a promise of deliveries in 30 minutes or less.  The vision was unveiled by Amazon CEO Jeff Bezos with much fanfare way back in December 2013, but has since remained one of those big ideas that has failed to lift off, literally.

More than two years later, Amazon Prime Air is still stuck in legal limbo with regulators in a bind over safety concerns. Until specific regulations for commercial use of “small unmanned aircrafts” are finalized, commercial drones cannot take to the sky.

But for Amazon Prime Air to become a reality, there are other challenges that need to be addressed. One specific shortcoming is a problem that rival Google seems to have found an answer to. 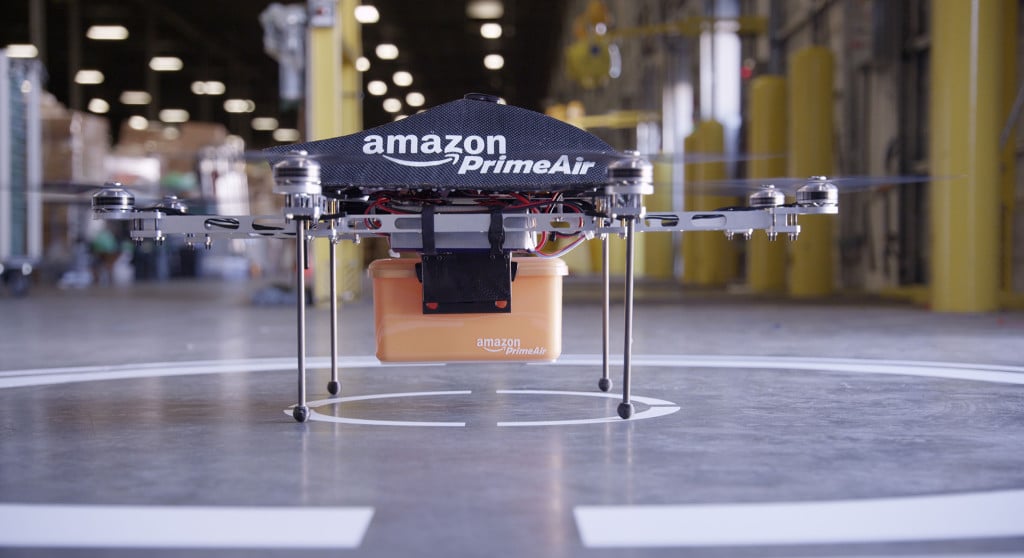 Amazon Prime Air Drone with package in an Amazon warehouse facility just before takeoff for delivery.

Amazon’s concept requires that you are at your delivery address at the time the drone is about to drop of your package. Meaning, forget about a change in schedule or friends inviting you out for drinks last minute. Unless you want to risk someone else walking away with your package, you’ll have to stick around until the Amazon drone shows up with your order.

Google recognized this and has come up with an idea that would allow you to order goods online and have it delivered to your doorsteps even without anyone being home. Just days ago, the US Patent Office granted Google a patent that provides us with a unique insight into how Google is planning to win the drone delivery war. 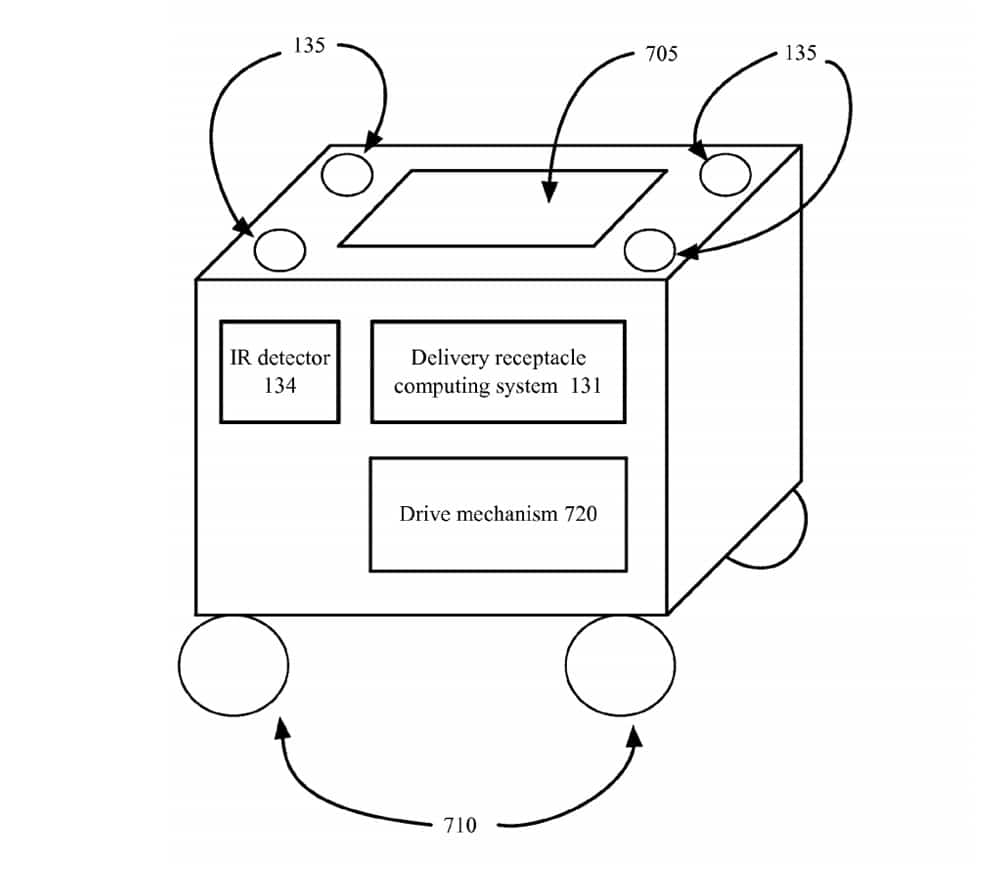 Drawing of a mobile delivery receptacle as submitted by Google to the U.S. Patent Office.

So how is Google planning to solve the Amazon Prime Air dilemma?

The answer is simple and brilliant at the same time.

The basic idea involves a “mobile delivery receptacle” developed to work in tandem with delivery drones.

Details on the receptacle are still somewhat murky. The image filed with the patent shows a box on wheels.  But to spark your imagination, just think of the delivery receptacle as an R2D2-like droid from Star Wars.

You keep the droid at home. After the droid is notified of a pending delivery, it would move outside to communicate with the drone in mid air. Infrared beacons would then be used to guide the droid to a precise meeting point for the drone delivery. After the package is received, the droid would then transport the package to a secure location, such as your garage. Safe and sound while you are out enjoying the evening with friends.

Both inventions are part of an initiative codenamed Project Wing, the latest project to come out of X, Alphabet, Inc.’s top secret research and development facility.

Alphabet is Google’s parent company and X is essentially a high-tech lab setup to develop and test all their new cool and groundbreaking technology gadgets.

Other top secret X projects that have come out of the shadows include, “Glass” for augmented reality, “Loon” for Internet-by-air-balloons, and “Driverless Cars”.

Like Amazon, Google is keen on getting a head start in the drone delivery business. It has ambitious plans of getting from concept to reality by 2017.

The company has been working on Project Wing for two years already, its existence confirmed by no less than Google Cofounder Sergey Brin in August 2014. Brin also confirmed a drone-testing facility in the Australian Outback with a hybrid drone that can take off vertically (like a rocket) and then rotate mid air to a horizontal position to fly around.

Why Australia, you may ask. The answer is simple. The Outback is a big empty place, except for some kangaroos and the occasional tourist. This allows the Australian government to be way more relaxed around unmanned aircrafts in its airspace.