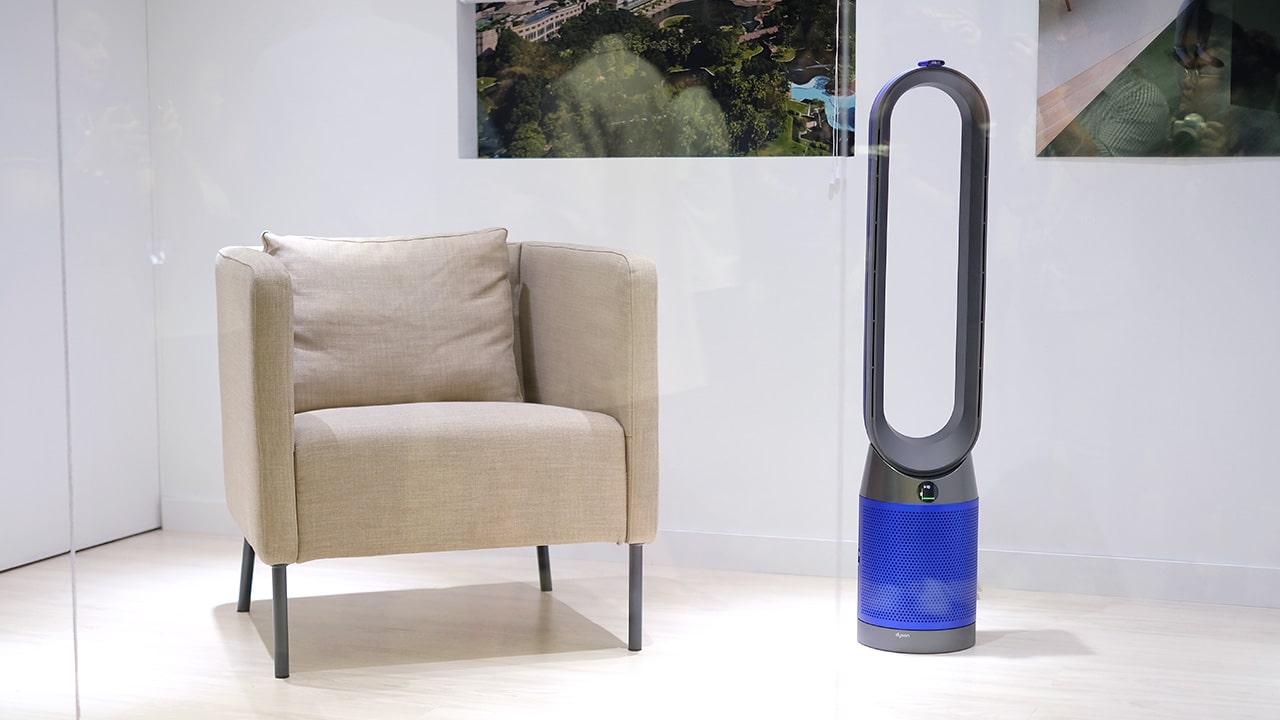 Dyson’s newest product may not be as sexy and exciting as a hairdryer that will blow you away, or a vacuum that sucks up your dirt, but it’s one you probably need.

Indoor air pollution can sometimes be five times worse than that from outdoors, according to the US Environmental Protection Agency, and the air purifying fans are Dyson’s answer to reducing pollution inside one’s home.

The original Dyson Pure Cool Link from 2016 can already do so much — it’s an air purifier and bladeless fan in one, and in a sleek futuristic package at that. The premise is simple: absorb and trap air pollutants, and release nothing but cool and fresh air. It’s a fan that cleans the air in your home instead of spreading it. 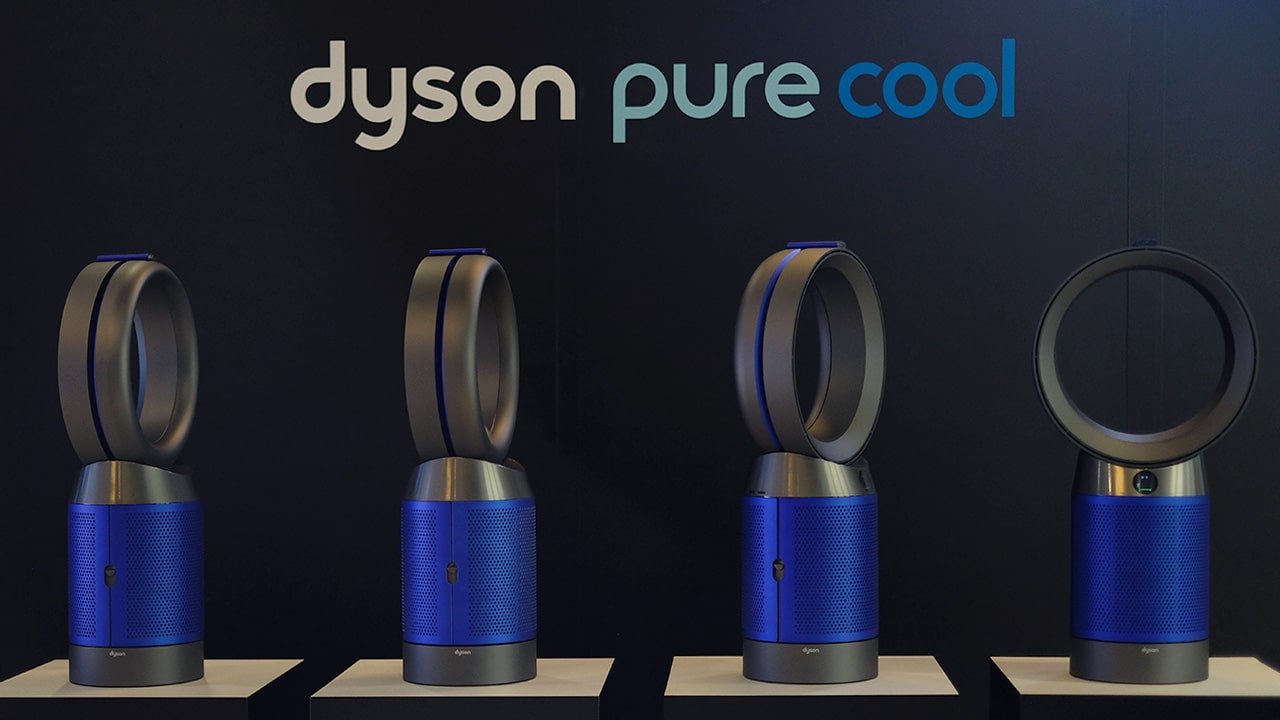 The first-generation purifier was also Dyson’s first smart device. When connected to the internet, it can be paired with the Dyson Link app that lets you schedule and monitor air quality, among other things.

With the new Dyson Pure Cool fans, you can still use the same app but you get an improved LCD that senses and displays air quality in real-time. It shows the kind of pollutants present in the room, even those invisible to the naked eye, so you don’t have to check your phone all the time. 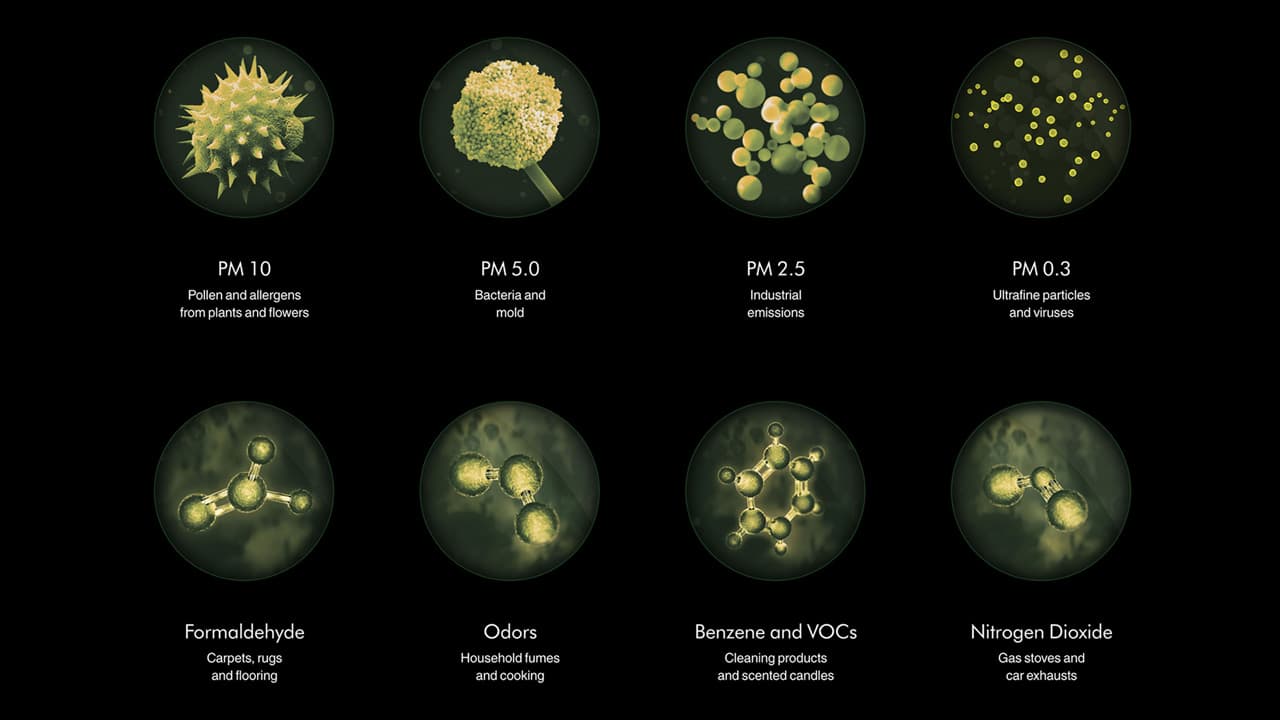 The Dyson Pure Cool can detect and absorb air pollutants and allergens, even those you can’t see

There’s also Air Multiplier technology and oscillation of up to 350 degrees that make sure you get purified air no matter where you are in the room.

If you’re like me and don’t like fans blowing air to your face, the new generation also comes with backward airflow mode, so it still projects purified air but through the back of the fan.

The new Dyson Pure Cool comes in two models: a less expensive circular desktop fan and a taller purifying tower fan, both of which also come in two colors: white/silver and iron/blue. They are available in Singapore for SG$ 799 and SG$ 949, in Malaysia for MYR 2,399 and MYR 2,999, and in the Philippines for PhP 34,500 and PhP 44,500, respectively. 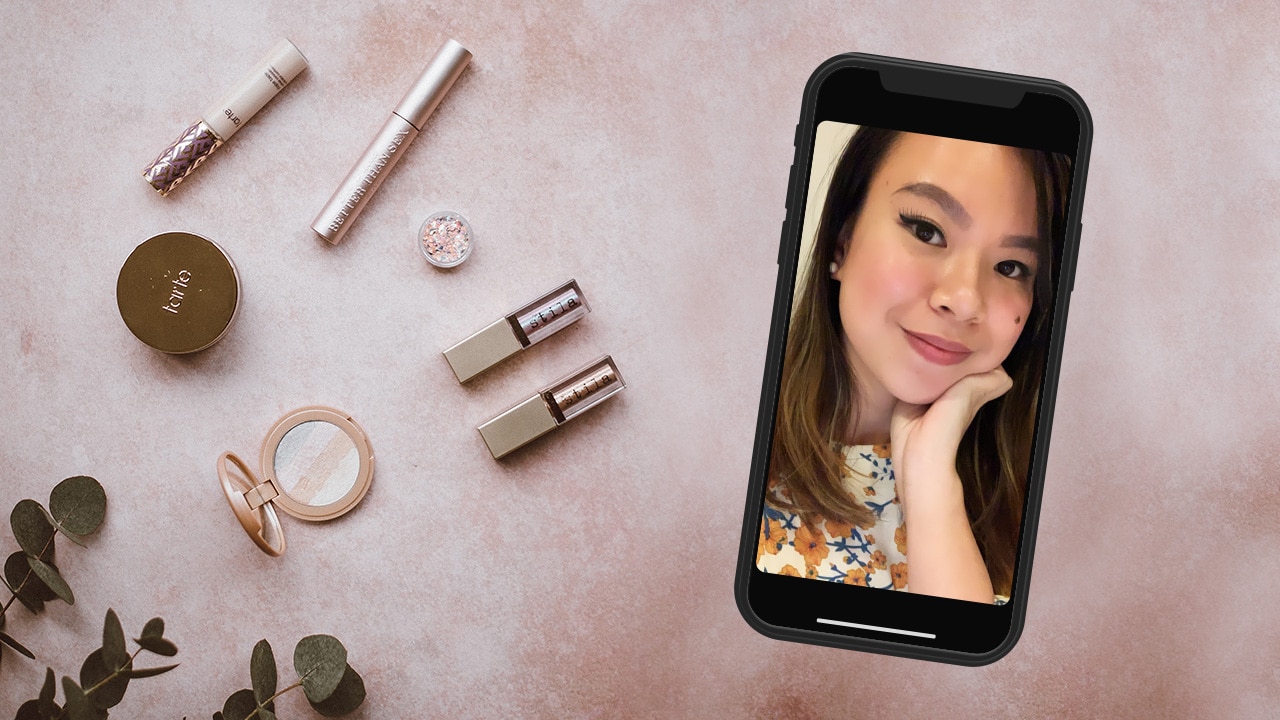 Since time immemorial, apps and smartphones’ built-in beauty modes have allowed us to apply airbrushing, contour, lipstick, blush, and eyeshadow without lifting a makeup brush. But there’s nothing like the convenience of the virtual makeup we get through filters on our favorite social media apps.

Here we’ve rounded up the best makeup filters you should save on Instagram Stories. Apologies for the barrage of selfies you’re about to see! 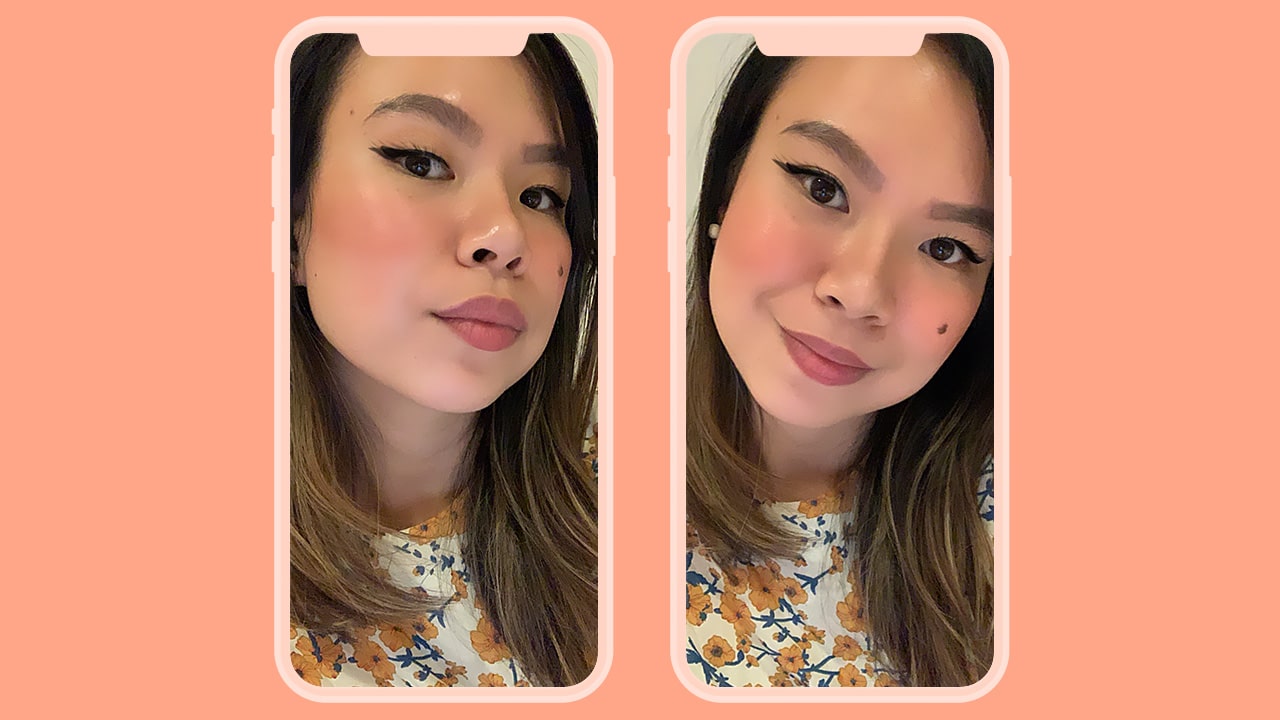 If, like me, your go-to everyday look is the winged eyeliner then Francesca is filter you need to save on your Stories. It’s best used when you haven’t drawn anything on your lids yet as it might be difficult to match your wingtip with the filter’s. 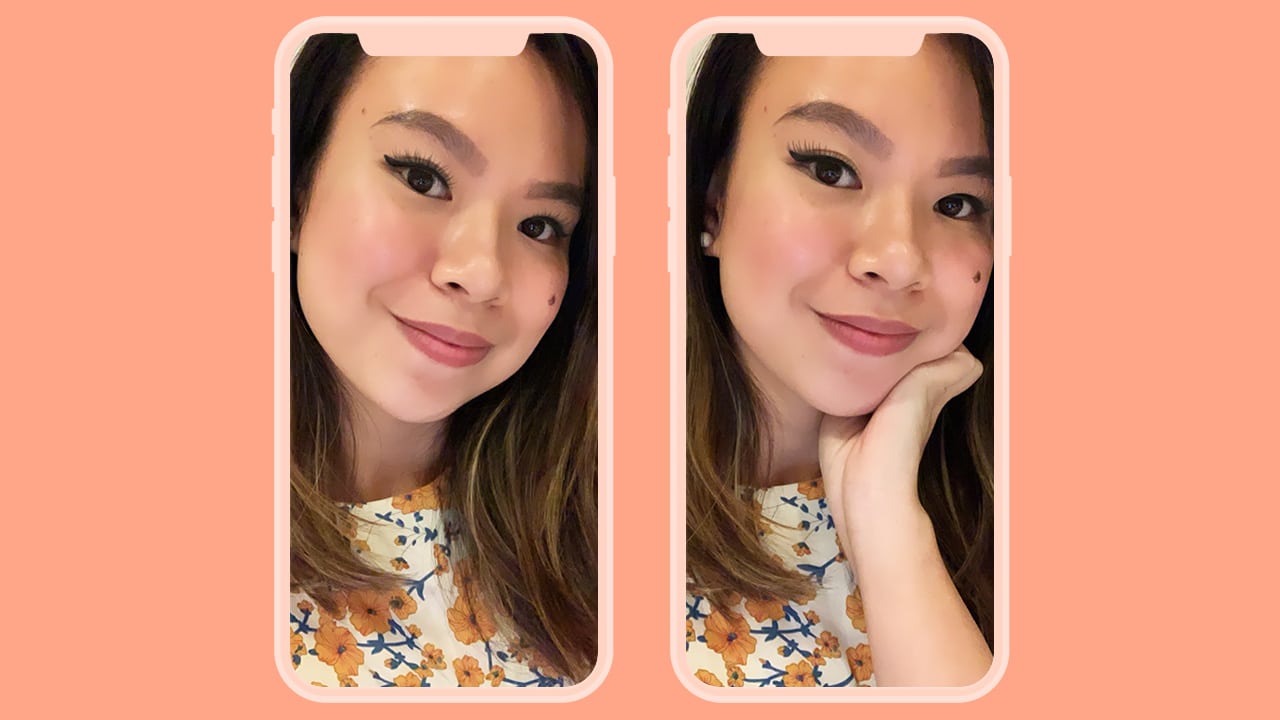 If you’re the type who can’t leave the house without mascara, Eyelashes is the one you need to save. It won’t curl your lashes in real life, but any selfie you post from here on out will look like you made the effort to look nice even when you just got out of bed. There are 3 different styles of lashes because one size does not fit all looks! 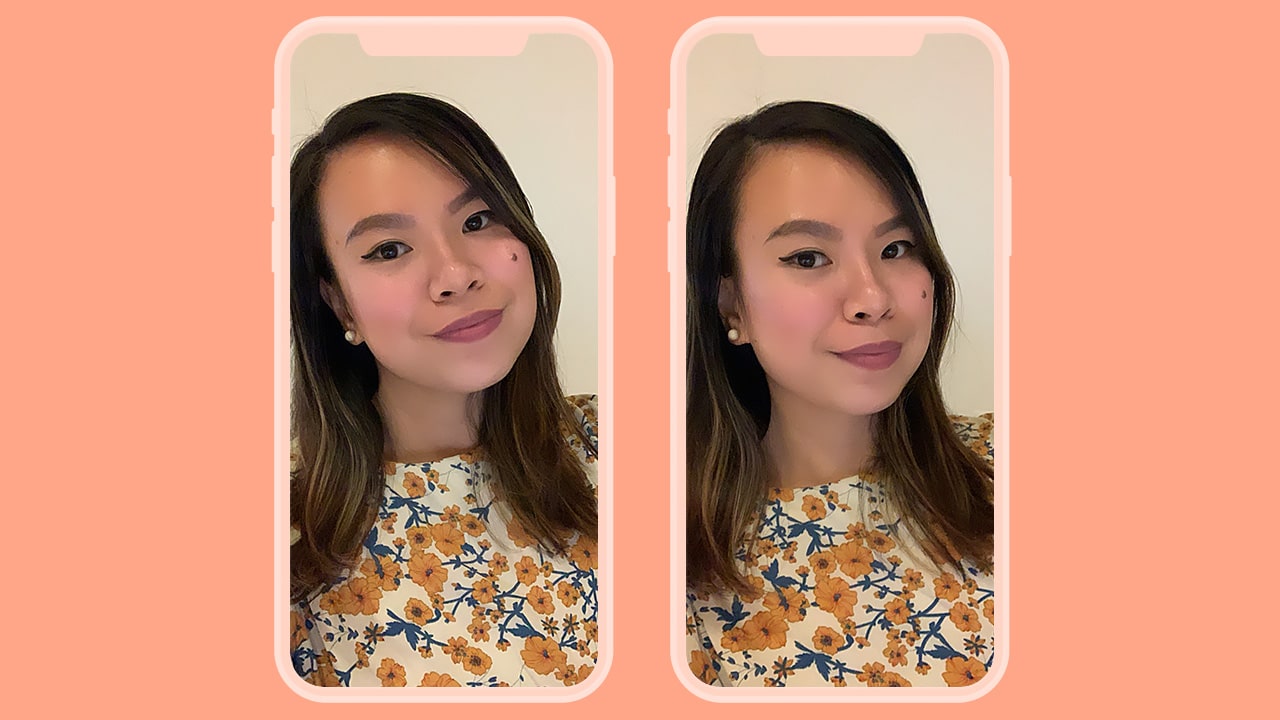 Want to look fresh at 5pm even without retouching? As its name suggests, Natural will remove blemishes and blot oil from your face and the resulting selfie will still look as natural as possible. It also adds a little bit of tint to your lips without going overboard. 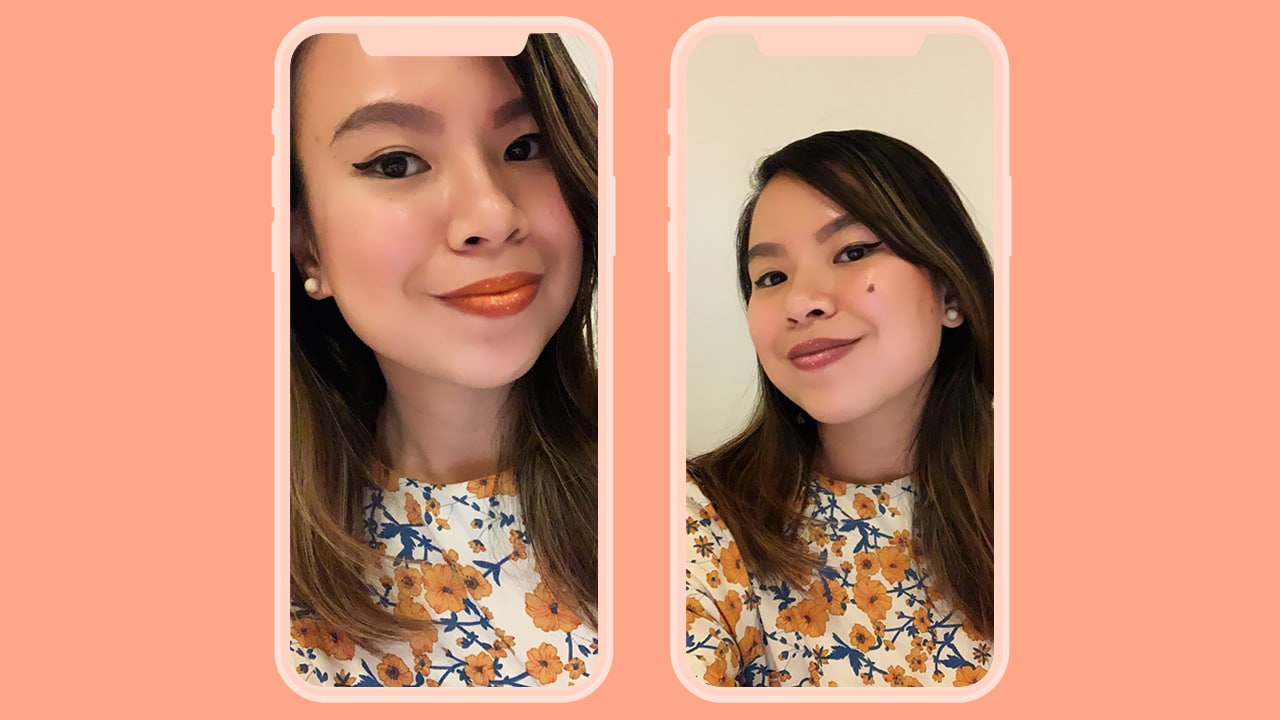 Smudged lipstick after a greasy meal is a problem we all deal with. Get that selfie on point even without a trip to the powder room with Glitter Lips. Choose from 7 different glossy shades — there’s nude, pink, even gold! 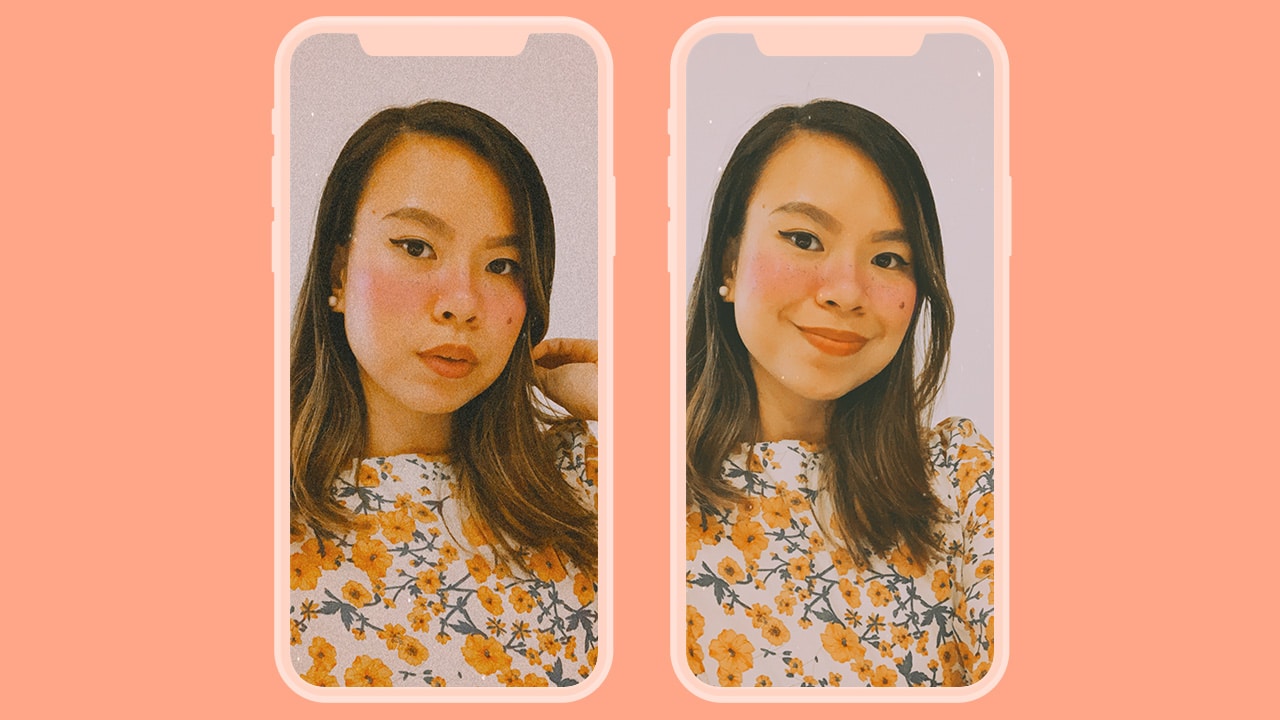 This filter adds freckles and blush to your cheeks, and smoothens your skin out. But +2 Vintage*Blush II isn’t just a makeup filter — it also changes the mood of your entire photo to something warmer. You get a total of 4 different looks, with two adding noise to the entire image for more of that vintage feel.

We all get by with a little help from friends and technology. As with anything, use makeup filters in moderation and with the best of intentions.

Do you use makeup filters on Instagram Stories? Let us know what your favorite is in the comments below.

The future of shopping solves a common fashion mistake

It’s like having your own stylist and personal shopper 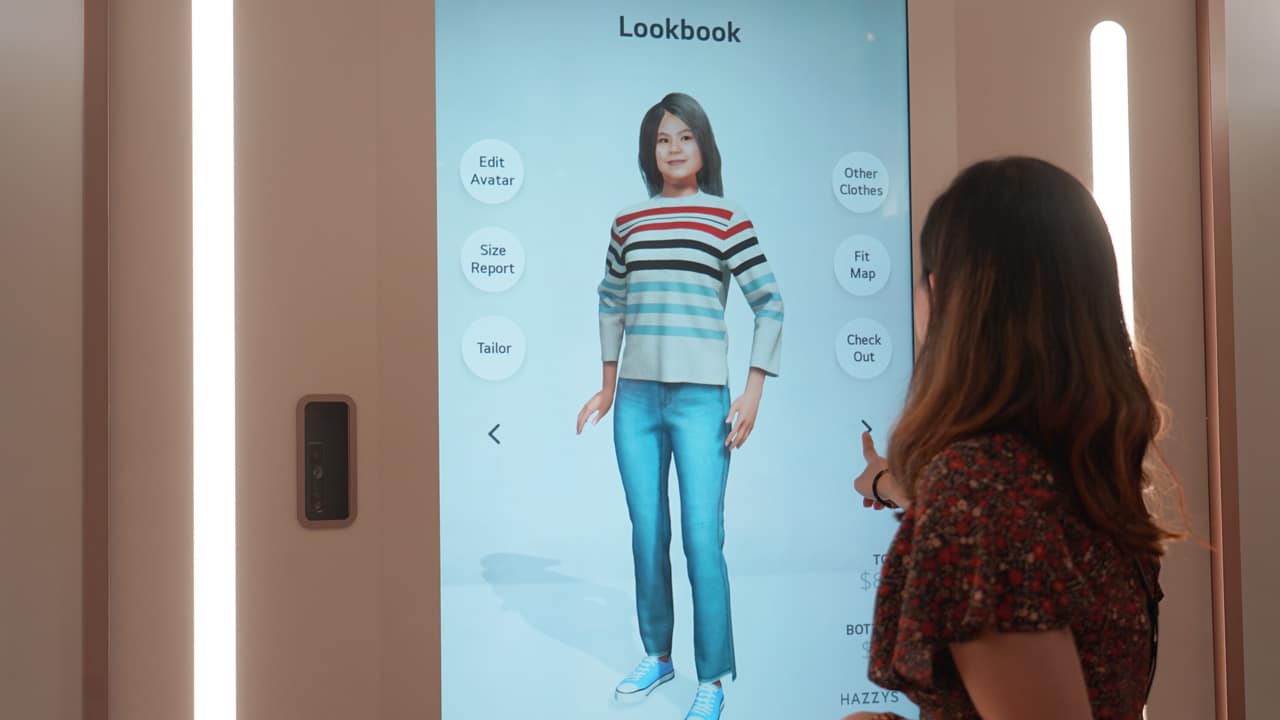 One of the most common shopping mistakes we all make is buying clothes that don’t fit well and don’t look flattering on our bodies. This is nothing new, but it’s easier said than done.

When shopping, you should not just take into account sizing and fit, but also the fabric, cut, and style of a clothing item, as well as your own body type. All these factors affect how something looks like when worn. With the ThinQ Fit, LG hopes to solve these shopping woes, and more. 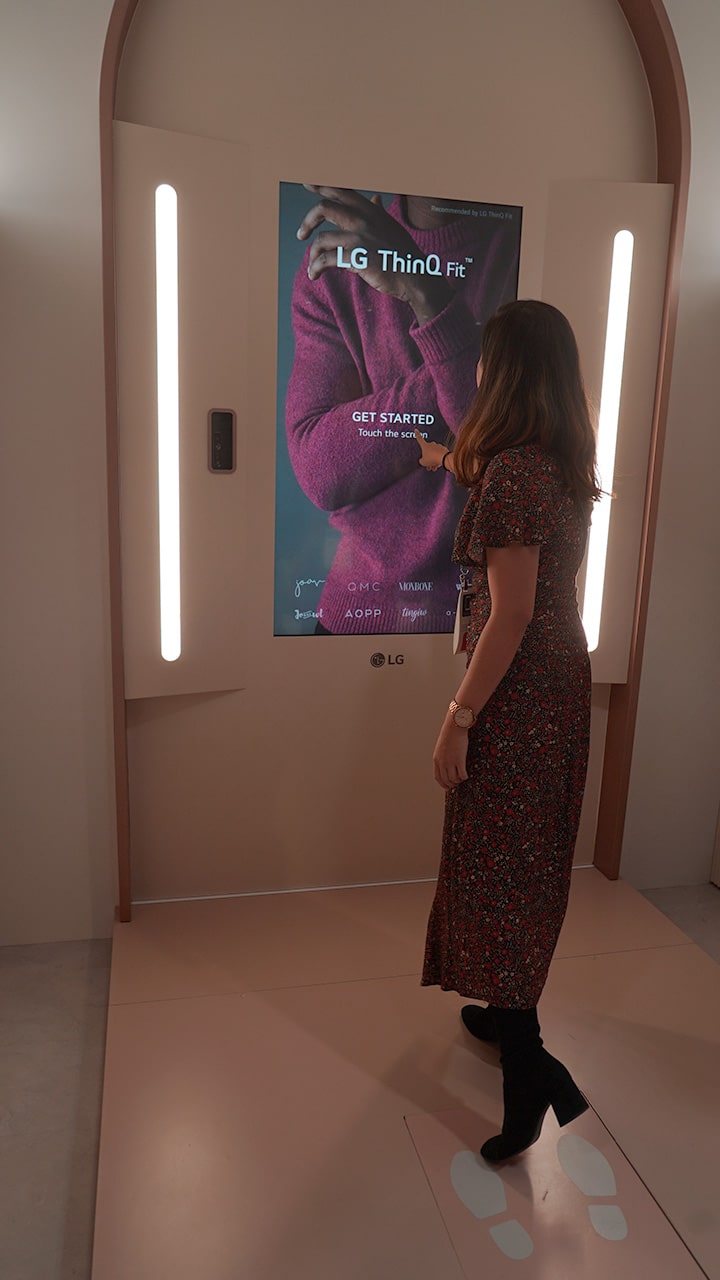 The ThinQ Fit Collection Zone allows visitors to virtually try clothes on, without having to step into a typical fitting room. It’s an evolution of LG’s original Smart Mirror concept, and uses 3D cameras to get your height, accurate measurements, as well as your body type. It will then suggest styles that would look best on you.

While virtually trying clothes on, you can check the fit map. It’s essentially a heat map that shows you which parts are too tight or too loose. This can also help you check if you should go a size up or down.

With the lookbook mode, you can get a virtual “feel” of the clothes to check the fit and texture. With taps and swipes you can see how a flowy blouse falls on your body. You can also see how an outfit would look like if you tucked it in or rolled its sleeves up.

With tailor mode, you can virtually hem your clothes. Jeans too long for your legs? Just swipe up to see how they look like when altered before even going to the tailor.

It also allows you to virtually style an outfit before buying. When you edit your avatar you can try on different accessories like shoes. This makes it easier to see if your outfit will work with existing items you already own. 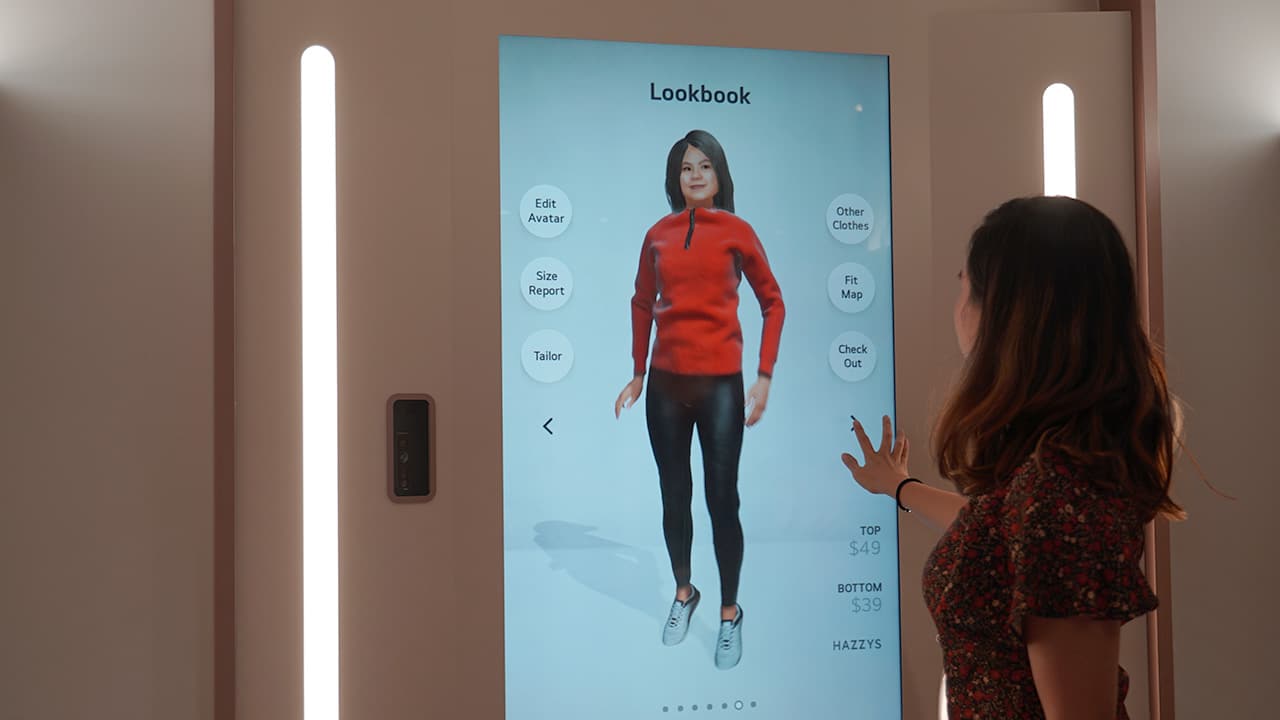 The technology is far from final but the idea of having a tool that will help me in my journey of finding my personal style is exciting, to say the least. Seeing what’s flattering for my body type, as well as cuts and textures that look best on me without going to a physical store takes the joy out of retail therapy; but if the future of shopping means saving so much time and being wiser about my purchases, sign me up.