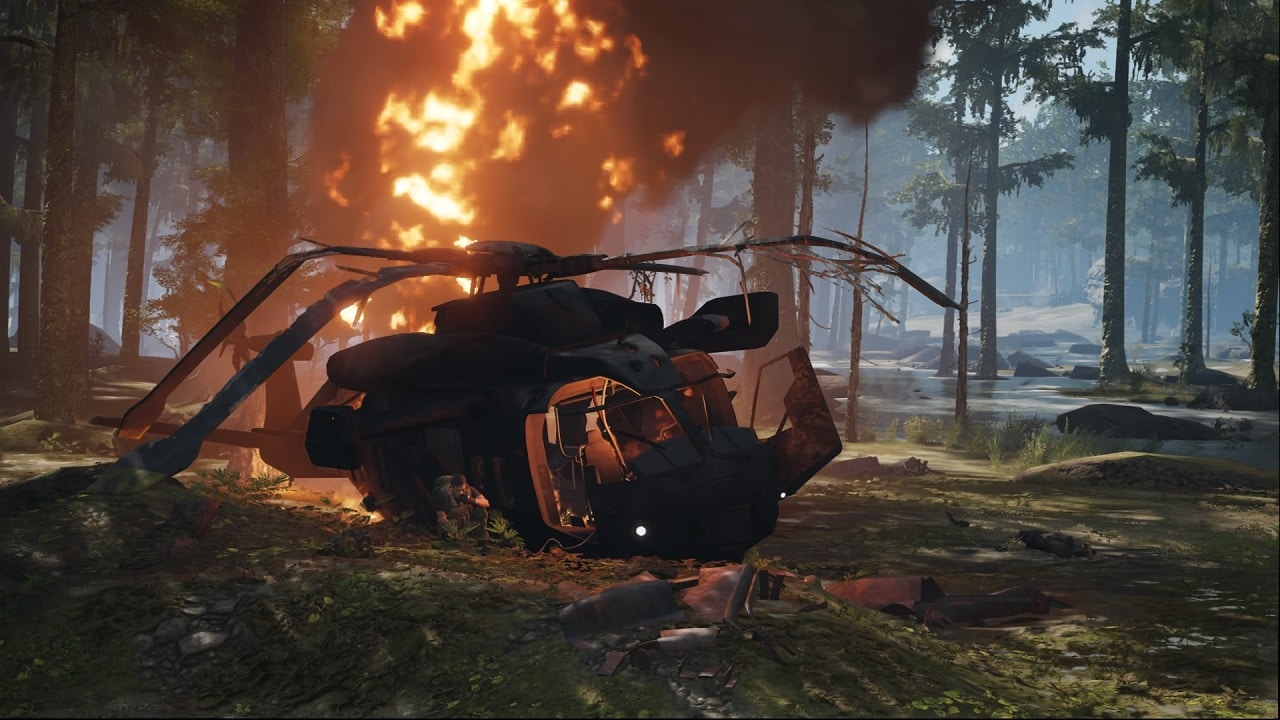 I haven’t had a chance to play any Tom Clancy game in many years, and I wanted to scan the field first on which one I should start with. I decided that I should probably give the Ghost Recon franchise a good crack at it, and went with the latest release.

Tom Clancy’s Ghost Recon: Breakpoint is the latest installment in this action-packed series. It is set three years after the events of its predecessor, Ghost Recon: Wildlands and features a returning cast of characters.

Ubisoft promised some key differences in terms of the overall story arch and terrain while bringing the same gameplay older players know. It hopes to bring something fresh for the newbies like me who plan on getting invested in the franchise.

Except maybe that was all it was — an idea

In terms of terrain, I really couldn’t say anything more. It’s honestly fantastic to see how much effort animators put into the vivid imagery seen on the overworld. From the trees and the humidity of the forests to the fiery crash sites and abandoned camps, it looks realistic in every sense. 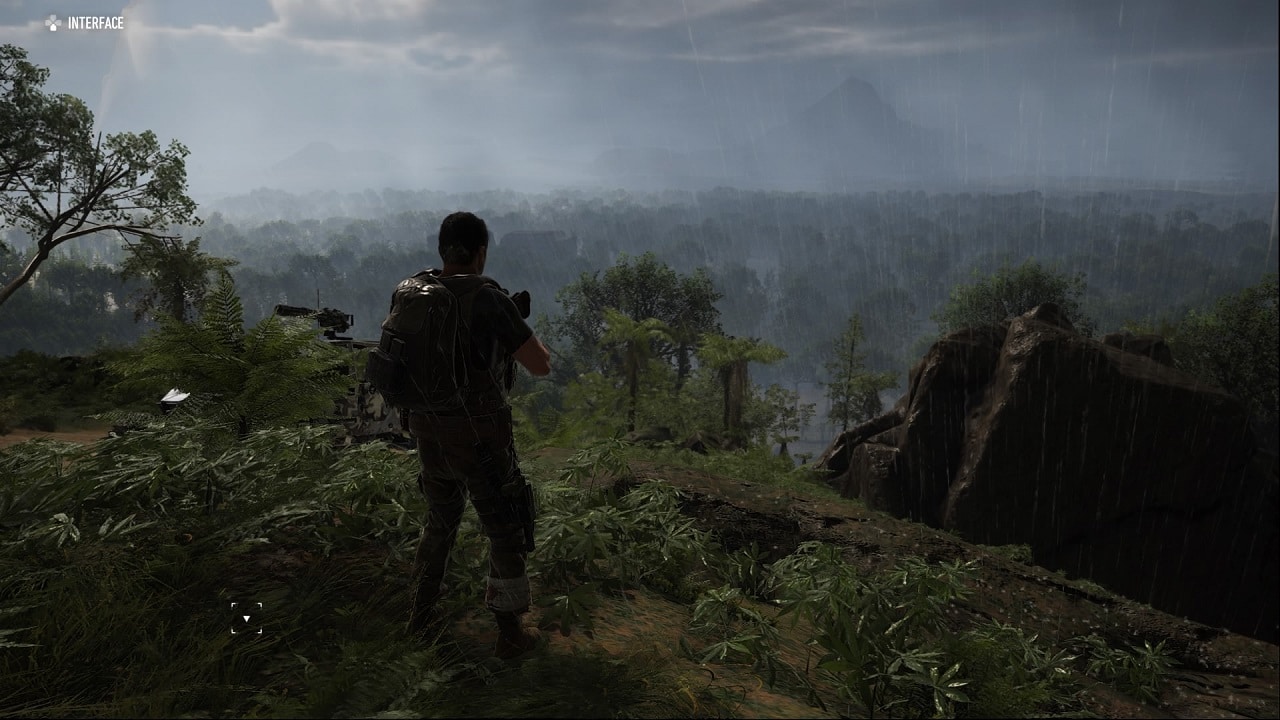 In terms of story arch though, it seems fairly different. The game takes place in Auroa, a forest-laden island in the South Pacific. It follows the franchise’s lead character “Nomad” after his team’s drug bust in Bolivia from Ghost Recon: Wildlands. The team was sent to Auroa to investigate the sinking of a US cargo ship near the island.

While it does present something relatively different, I felt that the way I progressed through the game seemed bland and confusing. Throughout the game, I come across military-like entities, secret mountain camps, and several characters that reveal little important information on my objective. More often than not, I’m off fighting enemies than figuring out how to get survivors out of the island.

It’s the kind of rescue mission that just puts more emphasis on the action-packed scenery, and also on deep-rooted conflicts in the past. I had to read up on the premise of Wildlands before bridging the pieces together on the relationship between Nomad and the main antagonist, Walker. And for some reason, that’s one of the main takeaways I had from the storyline of Breakpoint. 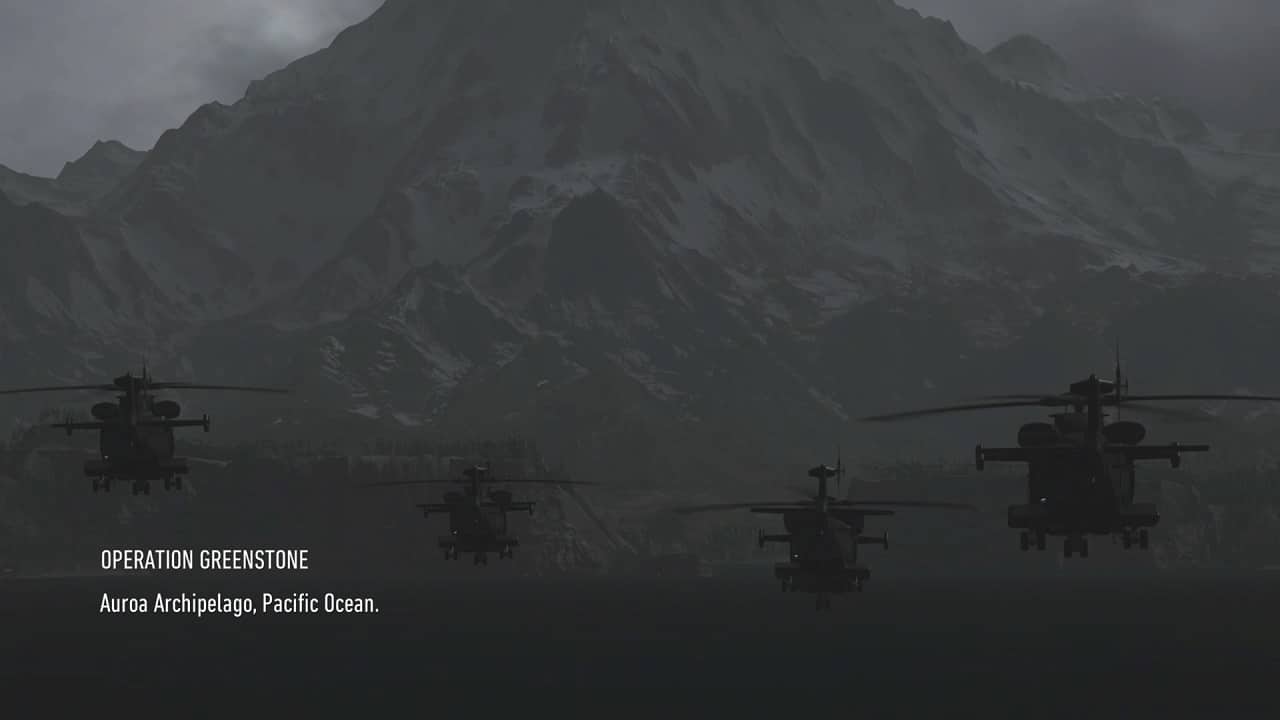 The main setting for Ghost Recon: Breakpoint of the mountainous Auroa

The moment you jump right into the game, you find yourself by your totaled helicopter ride. As you gain consciousness, you slowly become aware of the basic controls of the game. Apart from that, you get a glimpse of your objectives and the general locations of these objectives. Seems pretty straightforward to start the game, right?

The thing is, that’s honestly the only straightforward thing I found. The moment you are off doing your objectives, I felt like I knew where I needed to be. From checking out crash sites to going to the hidden camp of Erewhon, this open world game offered you the simplest objective to start out.

Every other mission after that, it was basically left to you to decide where to go. The good thing about the missions HUD for the game is it actually tells you which one follows the main storyline. But, I ended up exploring everything else just to see the whole map first.

In-game mechanics that are either simple or weird

As much as I wanted to explore the main storyline at first, I literally needed a tutorial on how this game operates. First off, this is the only game I’ve played in my life where I literally had to access the map every 20 minutes. You know how games with missions show you a pathway towards the locations of your missions? Breakpoint doesn’t know this, as you are basically coming into every location-based mission blind. 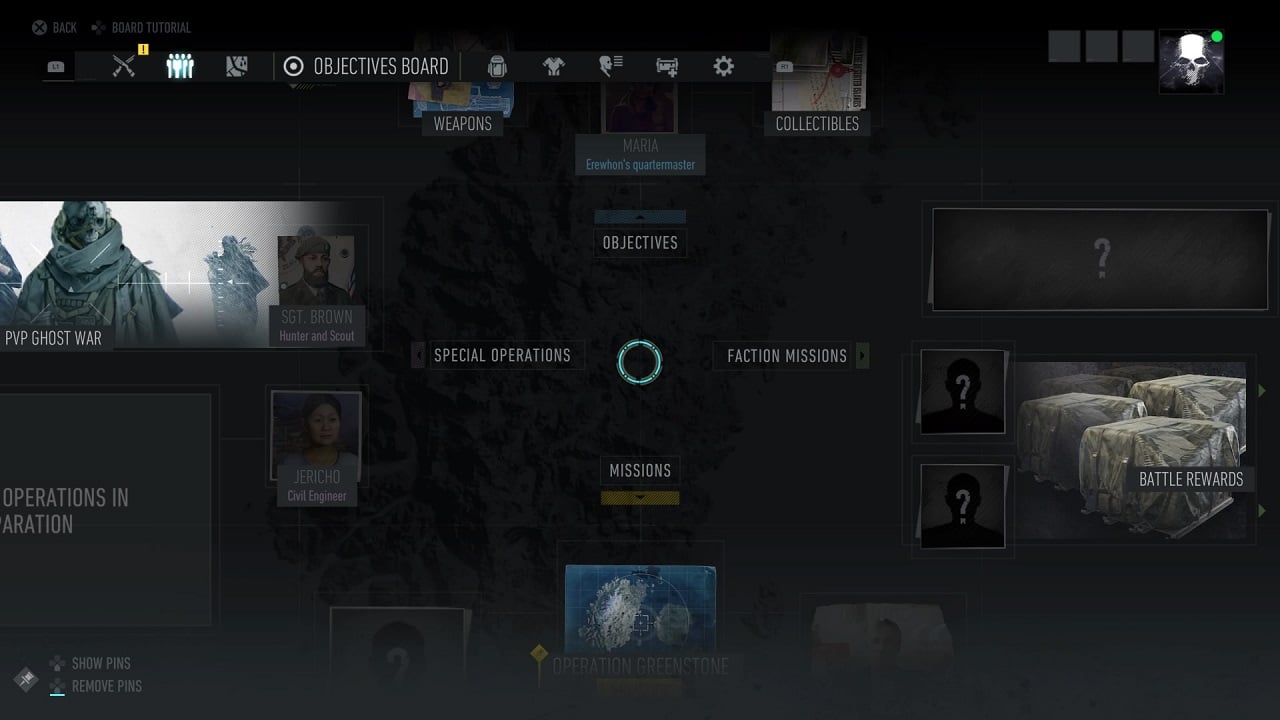 One-stop access hub for your missions, objectives, and navigation to different screens (top)

I appreciate that you can see where each mission is on the map, and that you can tick on it so there’s easier access to it. But the moment I leave the Map screen and proceed with the game, I should have memorized how to get to that place first. It’s tedious to open the Map every now and then, and that’s just weird to me.

Second, I enjoyed the fact that you could organize your loadout before every battle. As you keep fighting and completing missions, you gain experience to unlock certain loadout slots. To me, it’s actually important to prepare for all your missions. Plus, the loadout screen seems simple and easy to understand. 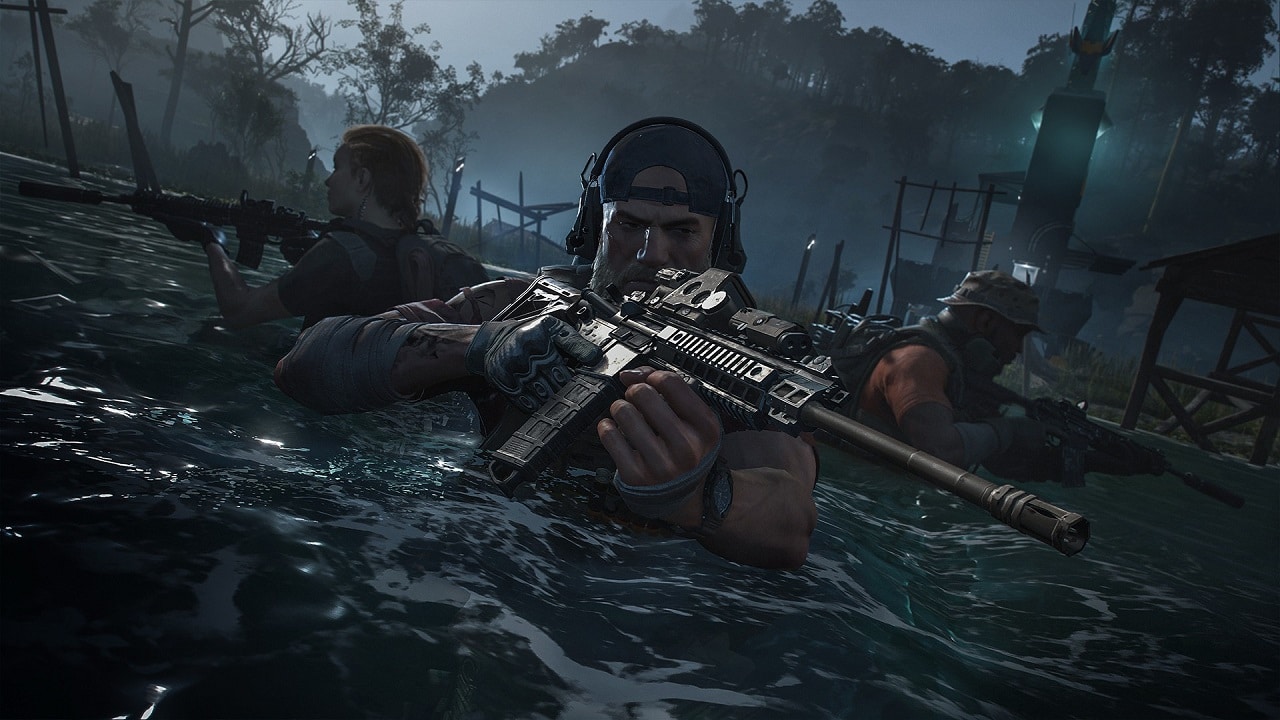 A wide variety of weapons at your disposal

Finally, combat is just what you expect from any game involving weapons. I have to admit that aim in this game was fairly difficult to master, but nothing a quick sniper can’t fix. But honestly, you’d be spending a ton of combat time healing your injuries than actually shooting people in the head. I spent a lot of time hiding just to heal wounds to fight again, and thank God the stealth mechanic works well.

Bringing it all together

Tom Clancy’s Ghost Recon: Breakpoint is a peculiar game to start getting into a series for the first time. On one hand, you’re taken away by improved visuals, additional combat mechanics and the same style of combat you see from any other shooter game. As someone who particularly likes the combination of shooters and adventures, it’s something to try.

But, as a storyteller, I felt like I needed something worth investing time in. The storyline for Breakpoint felt different than its predecessors, but it never fully takes a deep dive into more pressing conflicts. As great as the action could be, it gets in the way of the more crucial element of the game.

Overall, Ghost Recon: Breakpoint serves you with the no-nonsense action in a personality-driven plot. Ubisoft promised something different than the last, and I honestly felt they fell short by a few notches. But, nothing like a good patch to fix those, right? 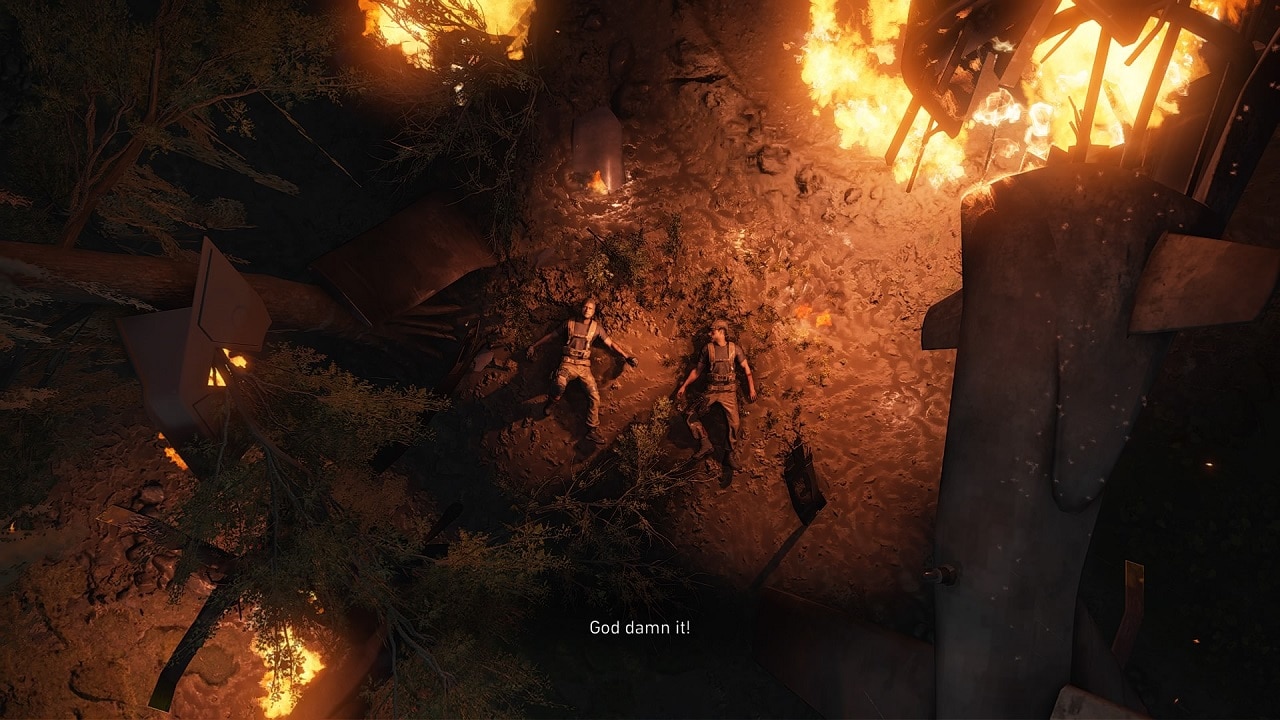 Me wanting something more out of this game