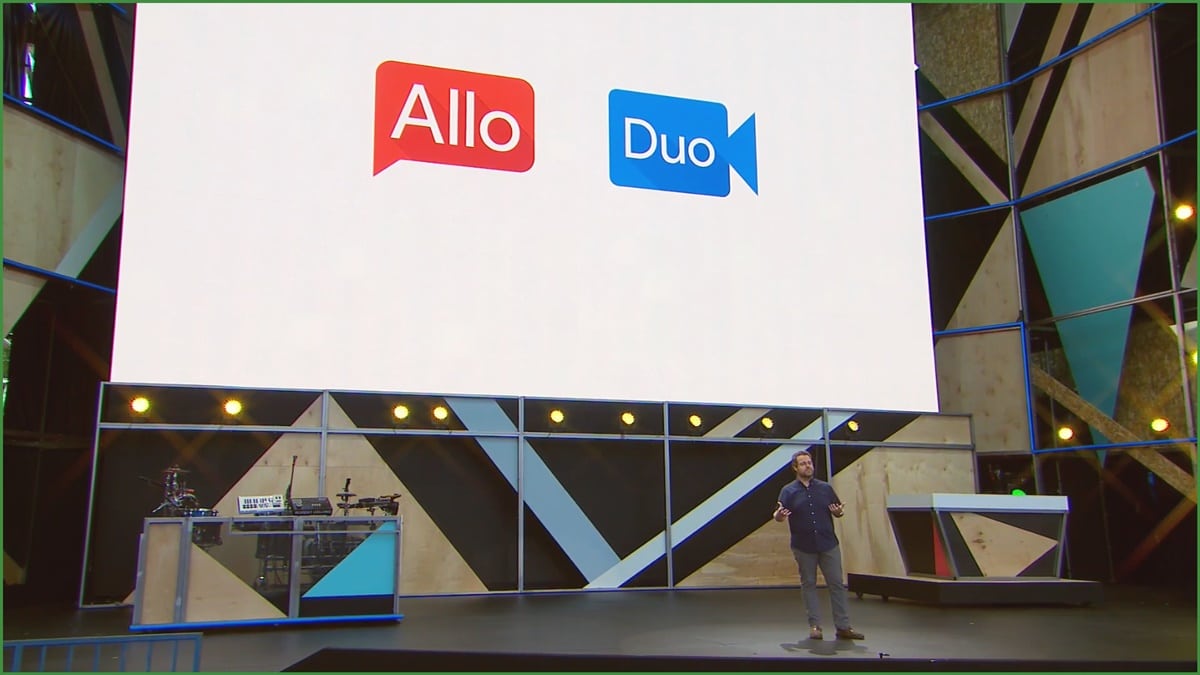 Expectations were high at the keynote address that kicked off the Google I/O developer conference. But before you close the tab and move on to reading about a topic that actually interests you, hear me out: This year, the tech giant from Mountain View presumably had a lot of genuinely interesting products that would take us to the future.

Okay, maybe not that far ahead.

But to a future where a device reminiscent of Vegeta’s scouter (to be clear, we’re referring to Project Aura, formerly Google Glass) is actually something people would want to wear.

A tomorrow where smartphones are more like Lego (Project Ara) and less like single slabs of plastic or metal.

And self-driving cars are safe enough for widespread use.

Google instead seized the limelight to introduce two new communication apps — and two more answers to the question “What comes after Hangouts and Messenger?” And Facebook’s Messenger and WhatsApp. And Snapchat, Viber, Line, WeChat, Skype, BlackBerry Messenger, and, well, you get the picture. 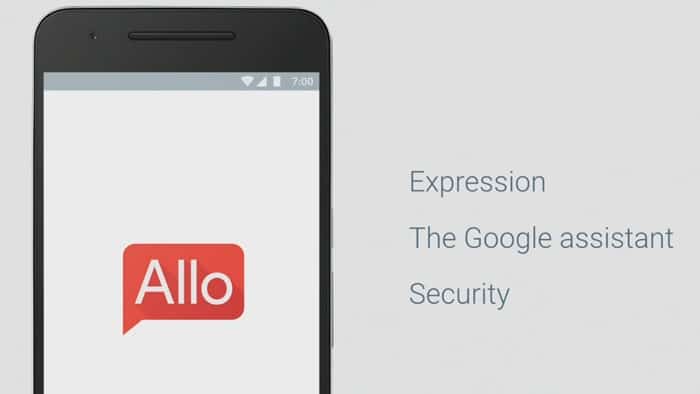 But whereas Hangouts and Messenger don’t add anything fresh to the conversation, Allo leverages on Google’s AI strategy (by way of an integrated virtual assistant) to make itself heard.

It understands how we use language and can respond to messages without you typing anything, which sounds unsettling and a bit like when the IT guy gains remote access to your computer.

It’s even smart enough to respond to photos. So if someone sends you a picture of, say, a bowl of pasta, you may see a suggestion like “Yummy!” or “Oh-em-gee,” if you’re an “Oh-em-gee” type of person. Allo also learns over time, so the suggestions should get better as you use the app. 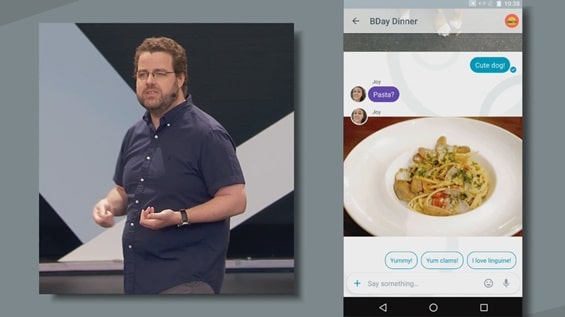 Also part of the attraction is how it can make your conversations more expressive. You can enlarge or shrink the size of an emoji or text by dragging the Send button upward or downward, giving the effect of screaming or muttering into the digital void.

There’s also Incognito Mode for sending messages that disappear into the ether, just like Snapchats, or encrypted ones that not even the big G can breach. 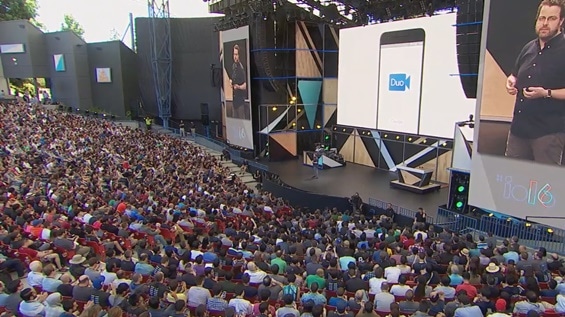 But its billboard feature is called Knock Knock, which lets you see callers and the context in which they’re calling before picking up.

Your boss looking annoyed or stressed? Answer immediately. A college mate who’s been pestering you about investing in one of his ideas? That can wait indefinitely.

Both Allo and Duo will be available for Android and iOS “this summer.” Which begs the question: Can you nudge your loved ones to use yet another messaging service?  We’ll find out soon enough, won’t we?

Getting through isolation days through workout and meditation 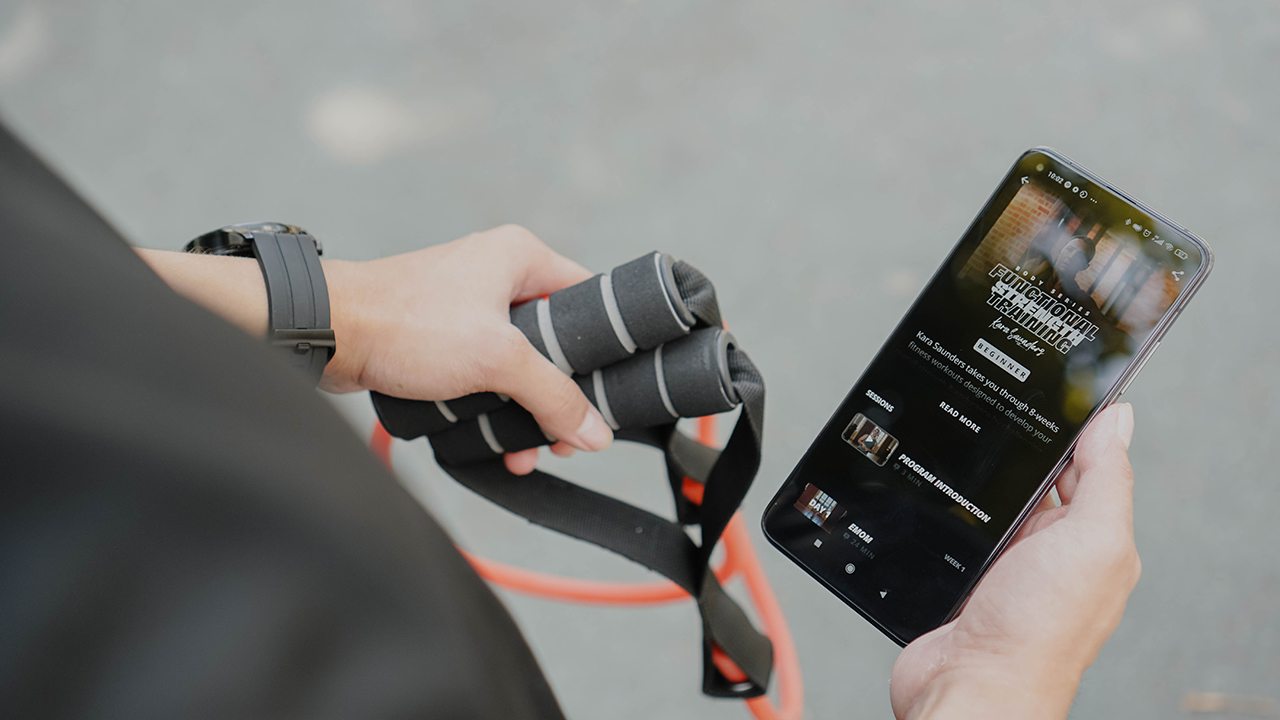 Taking care of our physical and mental health is very much important now more than ever. With everything that has been going on in the world, it’s not surprising that people are taking extra steps to advocate and practice self-care.

One way to do this is by adding good habits everyday and being disciplined to sustain these habits.

With self-care as one of their ultimate goals this year, Martynne and MJ decided to try Ultrahuman: an all-in-one fitness app that includes all the good habits they are currently incorporating in their lives — from workout to meditation.

For a few weeks, they put the app to a test and this is their verdict:

Martynne: I am a huge advocate of meditation and it has been a life-changing practice for me, as someone who finds a hard time focusing and being in the present.

Ultrahuman has a wide range of course options that can match a specific mood or emotion. One of my personal favorites is the Managing Anger course, which helped me take a step back, consolidate my feelings and give compassion to myself throughout the process. 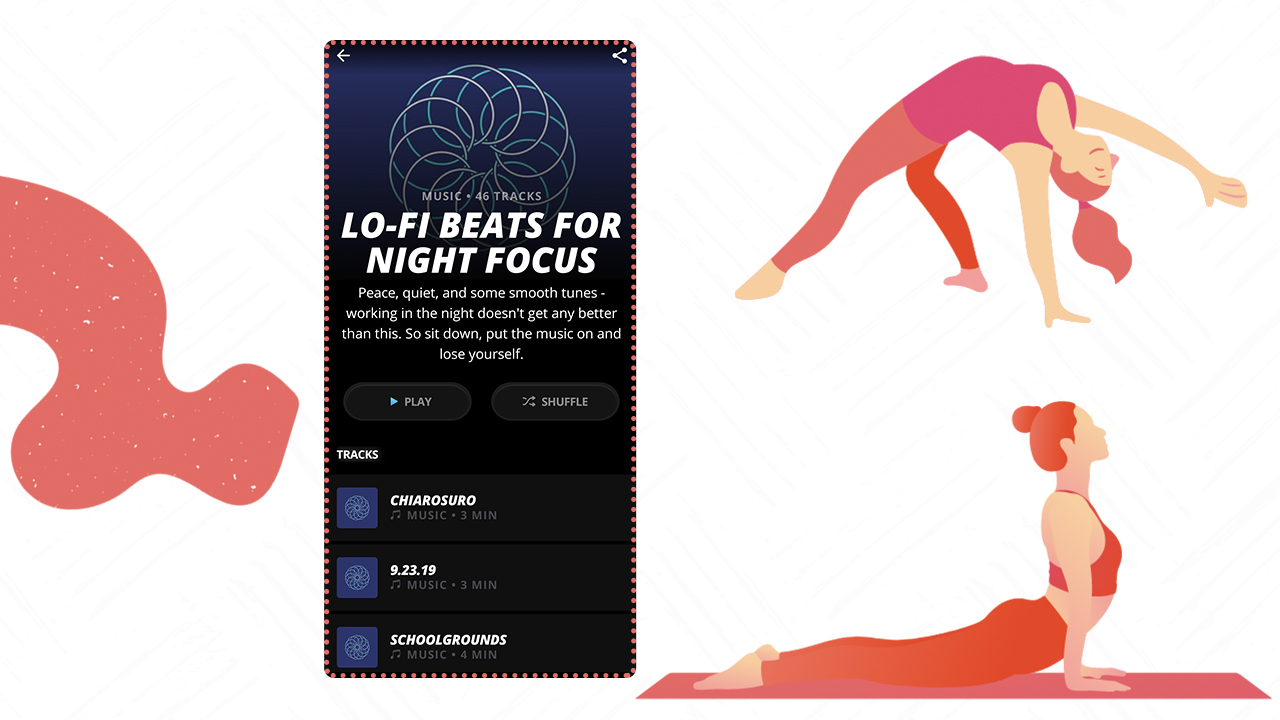 The Singles option with one-time meditation tracks helped me become more mindful and grounded whenever I feel overwhelmed in the middle of a workday. The productivity course, on the other hand, kept my eyes glued to my laptop screen until I finished what I needed to do.

The only thing I didn’t like about it, though, is the visuals seem basic to me, and the “dark” interface is much more fitting for the workout option.

MJ: When gyms are closed and home workouts aren’t fun anymore, how do you remain committed to your fitness goals? That’s what Ultrahuman did: Filling the gap by providing fun workouts and challenges that you can do in a span of weeks. It’s similar to how Nike Training Club presents their videos albeit more personalized. 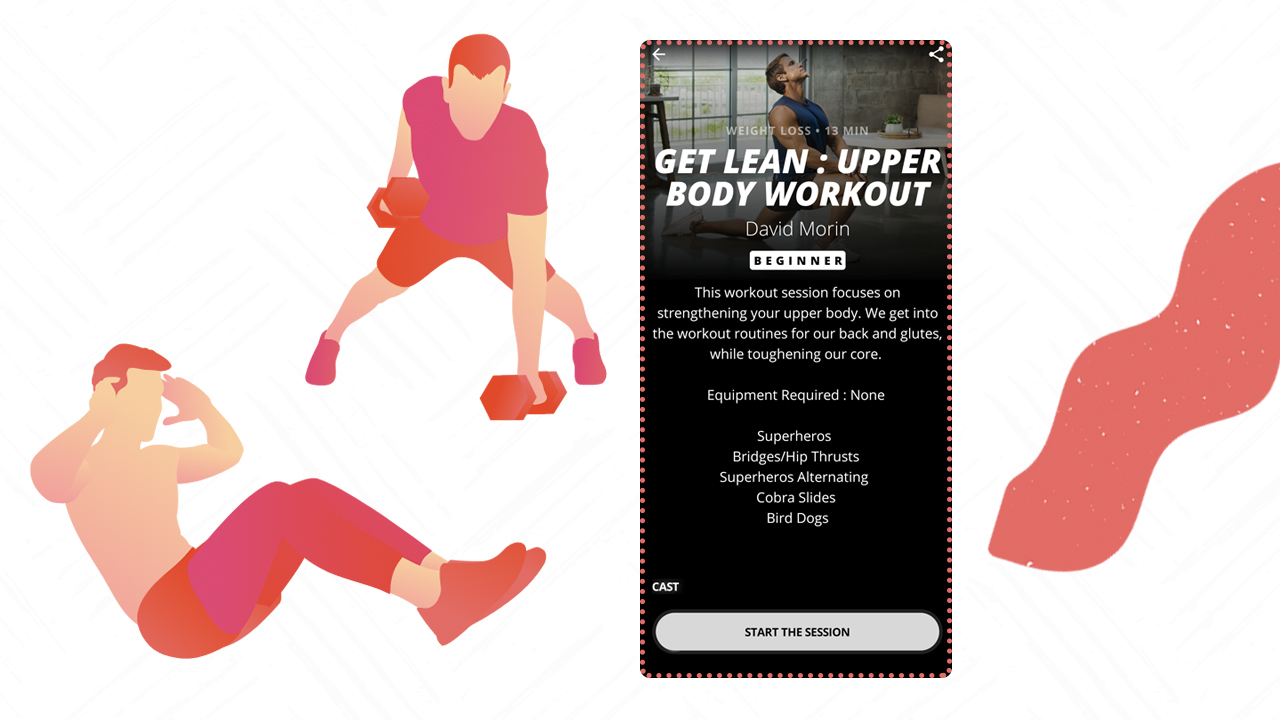 The Ultrahuman app comes with guided videos from renowned trainers, and watching their instructions during your exercises felt like having a live session with a personal trainer. Unlike most fitness apps that offer video-on-demand workouts, Ultrahuman remembers that we are all beginners, offering a collection of videos through challenges that suit different levels.

After living a sedentary lifestyle, I knew I have to ease up when working out again. The app did wonders in helping me stay active by gradually increasing the difficulty of my challenges, without straining my body or having myself complain about how difficult a certain workout routine is.

Martynne: There was an instance that I had a bad case of insomnia and I needed something to put me to sleep.

I tried listening to Ultrahuman’s Bedtime Stories and it reminded me of the sleep podcasts I used to listen to on Spotify. 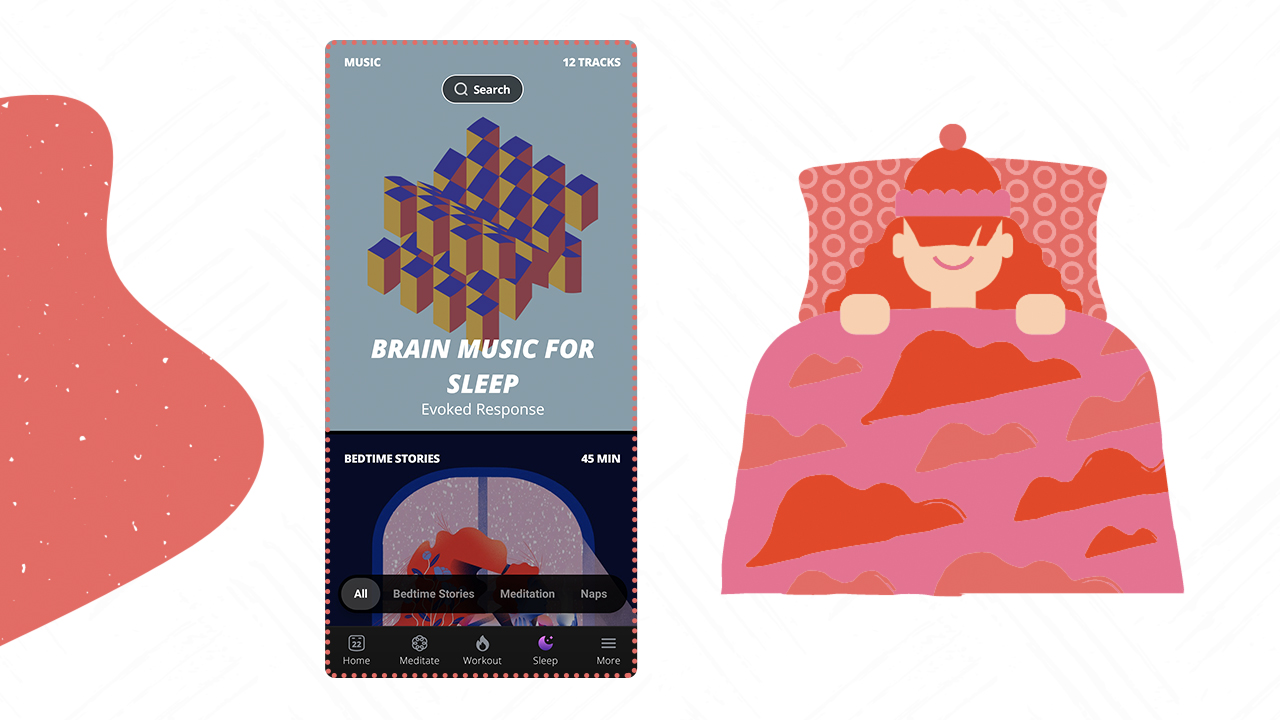 The voices are relaxing, and the stories come with meditation and sound effects, but I realized I can be impatient with slow stories. I resorted to the app’s soundscapes and brain music, and they helped a lot to relax my brain and finally shut my eyes off.

I don’t exactly know what’s the science behind brain music, but they really work sometimes.

You can’t pay with crypto though 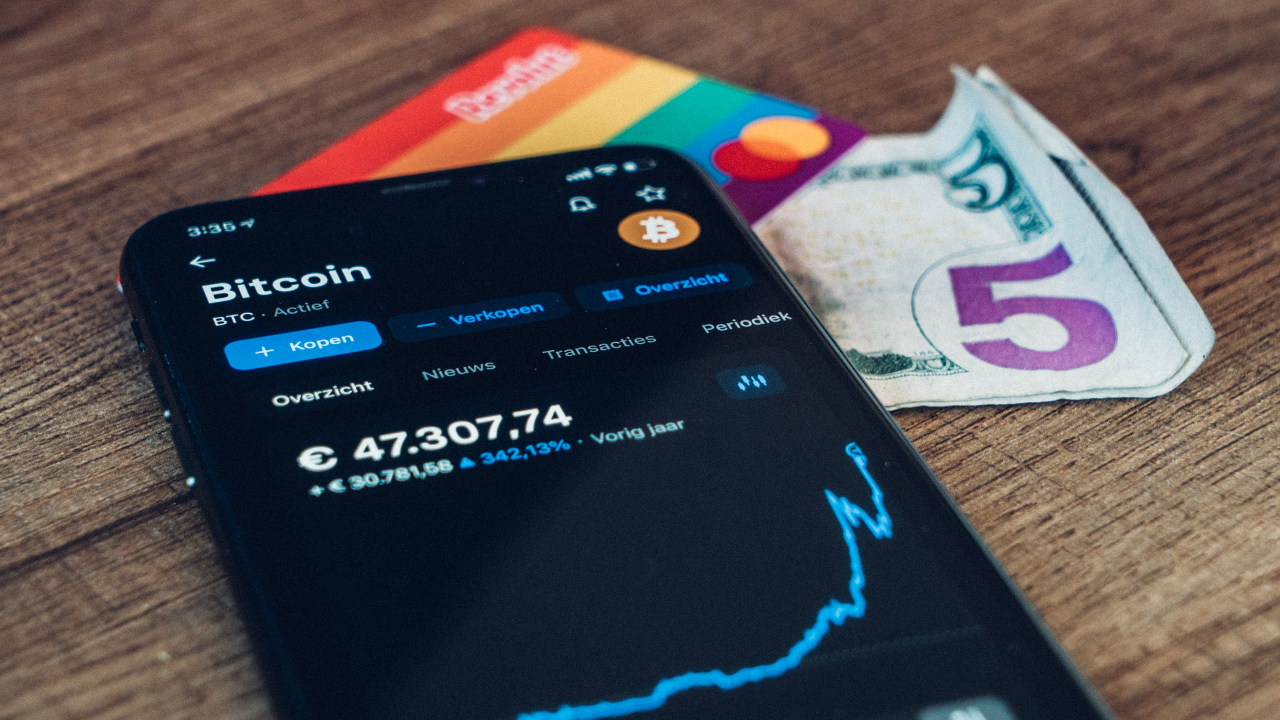 Cryptocurrencies are the most trending topic right now, and everyone wants to be a part of it. Well, PayPal-owned peer-to-peer money transfer app Venmo has rolled out a new platform that’ll let users directly buy or sell the cryptocurrencies like bitcoin, ethereum, and litecoin, within the app.

With more than 70 million active users, the app serves as a perfect destination for more users. They can hold a stake in cryptocurrency starting with as little as US$ 1. They can also share their acquisition of digital currency on their feeds.

According to the payments company, more than 30 percent of Venmo customers have already started purchasing cryptocurrency or equities. And 20 percent of those customers started doing so during the pandemic.

The Venmo app is straightforward to use, and everyone is habituated with it. Hence, it is easier for folks to get on board the cryptocurrency train without worrying about complex tools.

The announcement did not say anything about paying for goods or services with cryptocurrency, but that ability could come to Venmo later. Customers will choose between four types of cryptocurrency — Bitcoin, Ethereum, Litecoin, and Bitcoin Cash.

PayPal recently announced it would let users pay for goods at checkout using cryptocurrencies. Meanwhile, Tesla said it would accept Bitcoin as a form of payment. With wider acceptance on mainstream services, cryptocurrencies are become easier to grab for everyone.

Venmo is rolling the new crypto features gradually, starting today. They should be available to all customers “within the next few weeks.”

Spotify will now let you download music on your desktop

You can finally play songs while working offline 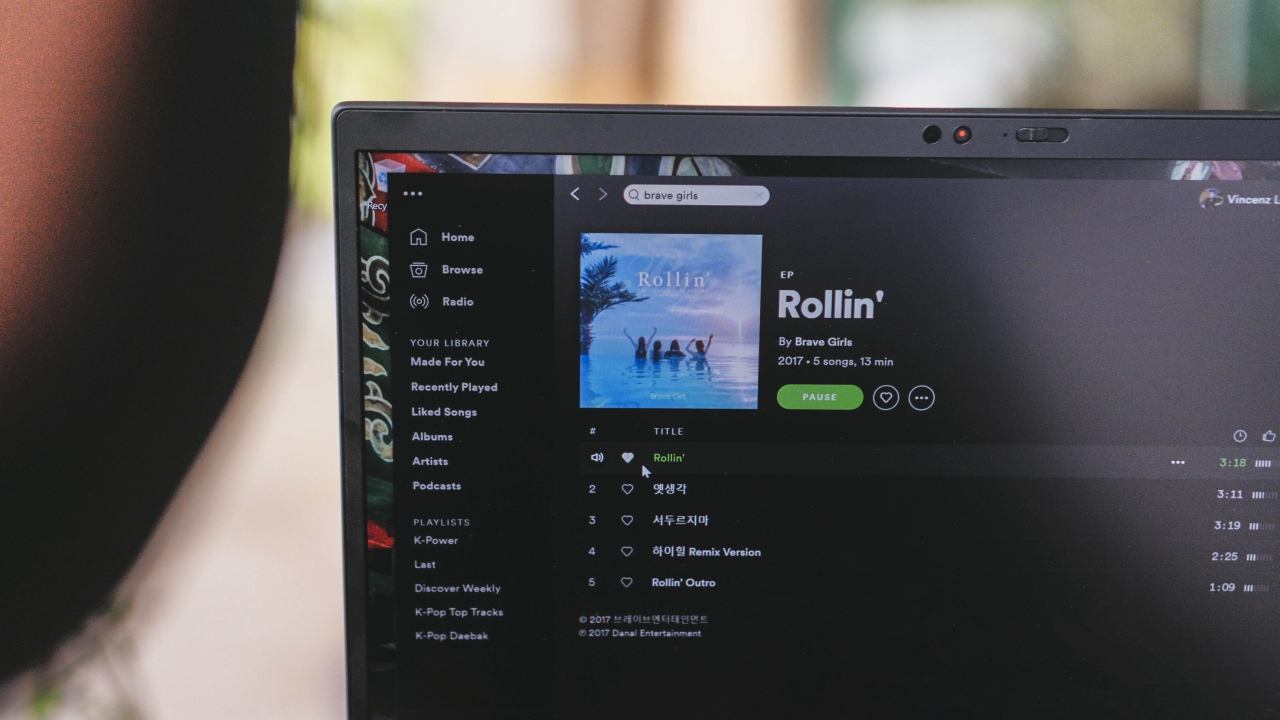 One of the biggest updates to arrives for premium members on Spotify is the ability to download music on your laptop or computer. While this has always been a must-have feature on mobile phones, it wasn’t extended to a full-fledged PC.

Music streaming has taken over the world, and Spotify is leading the market. Streaming lets you listen to anything within a tap, so you never have to download songs via pirated sites or torrents. But the biggest problem with Spotify was — you can’t download songs for offline playback on your computer.

The hurdle is now gone, and you’ll never have to think of piracy or a legal alternative anytime soon. Just fire up Spotify’s free desktop app, and you’re good to go. Similar to the mobile UI, you can choose to keep an album or playlist offline. It’ll download all the tracks and be ready for you whenever you need them.

While this may seem like a minor addition that should’ve been implemented long ago, it technically isn’t. Only the desktop app supports it, and you can’t access it via the website player.

Spotify is also rolling out a redesign for the web and desktop app that looks similar to the mobile app. The move was aimed to improve the app’s navigation, add new features, and make the experience uniform across platforms or devices.

The old search bar is now relocated and toned down visually and sits in the left menu section. The “Made For You,” “Daily Mix,” and more playlists now sit within your library section. The Recently Played tab showed playback history up to three months ago.

If you’re a playlist fanatic, there’s now an option to add a description, upload your own images, and drag-drop apps within existing playlists. The new update is aimed at improving your discoverability, in turn offering more opportunities to curators. The hybrid manul-AI setup gets perfectly tuned to understand your taste and offer the most relevant curations.