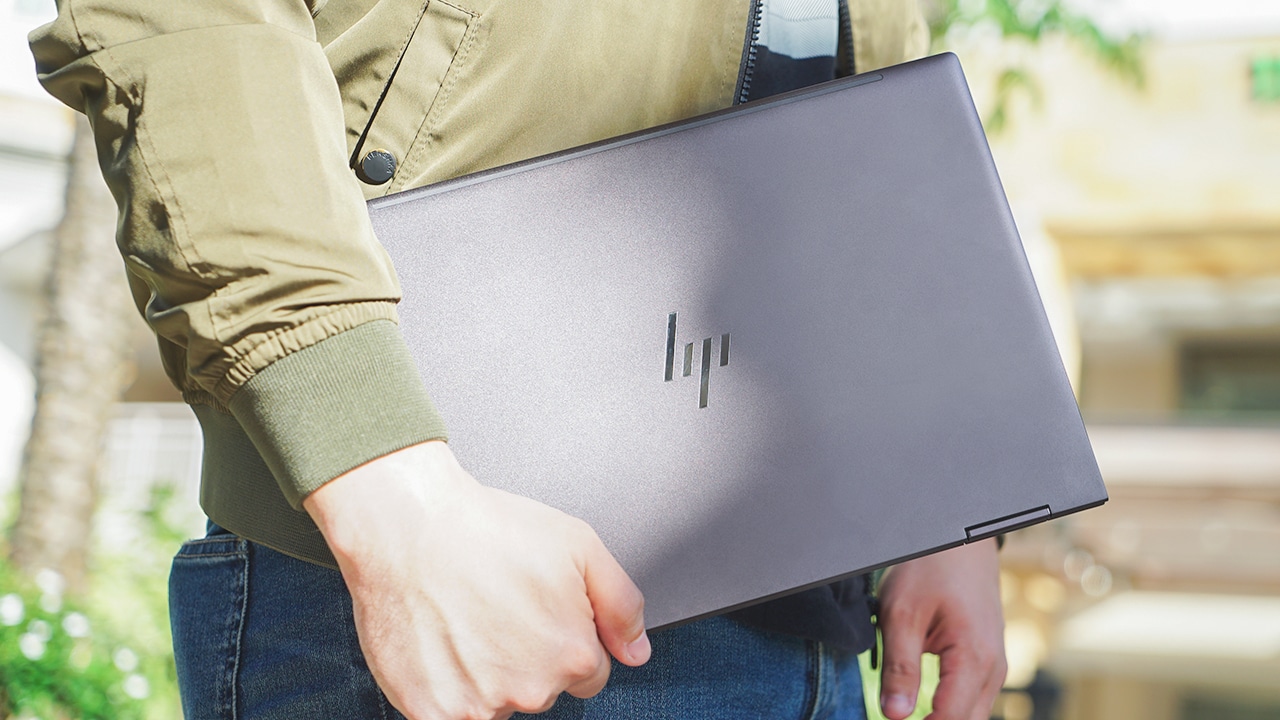 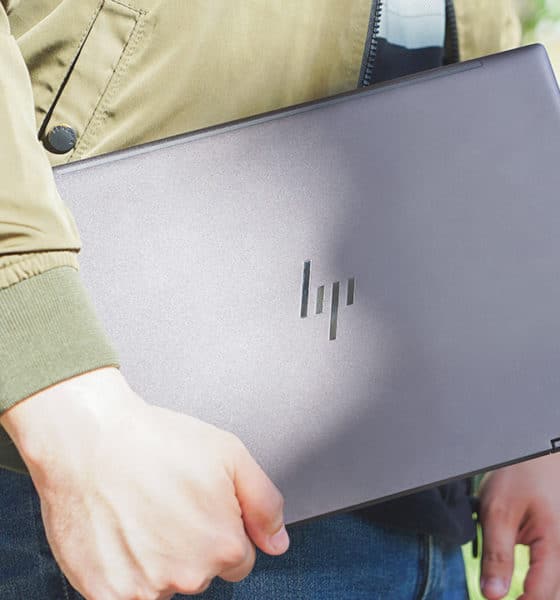 It gets pretty hot and loud, though

Gaming laptops are known to be heavy and bulky. It’s also a struggle to bring one outside because of the relatively short battery life. So, are there any alternatives? Well, this new notebook from HP will not replace gaming notebook, but it’s a portable device that’s more powerful that its competitors.

The Envy x360 is a 13-inch convertible powered by AMD’s latest Ryzen processors. Is it any good? Does it live up to the promise? Let’s find out.

This notebook has a 13.3-inch Full HD display 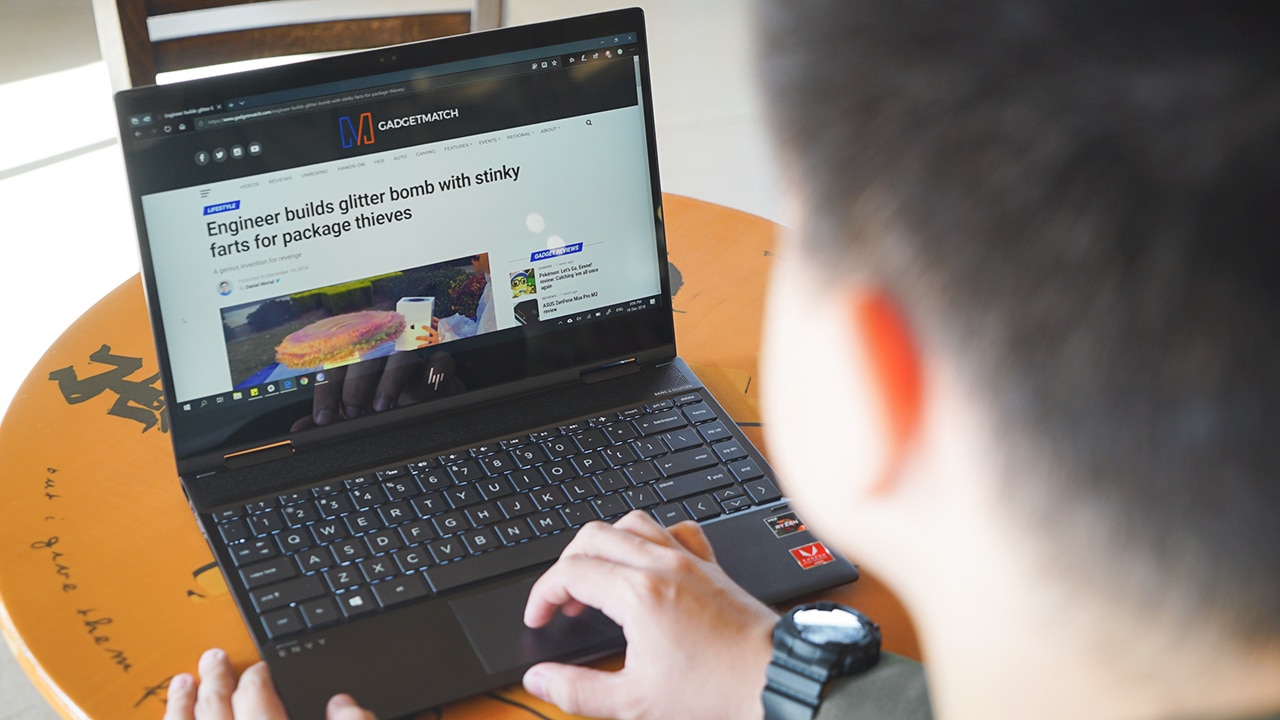 With slim side bezels, it’s more compact than most 13-inch laptops

It’s got a well-designed 360-degree hinge… 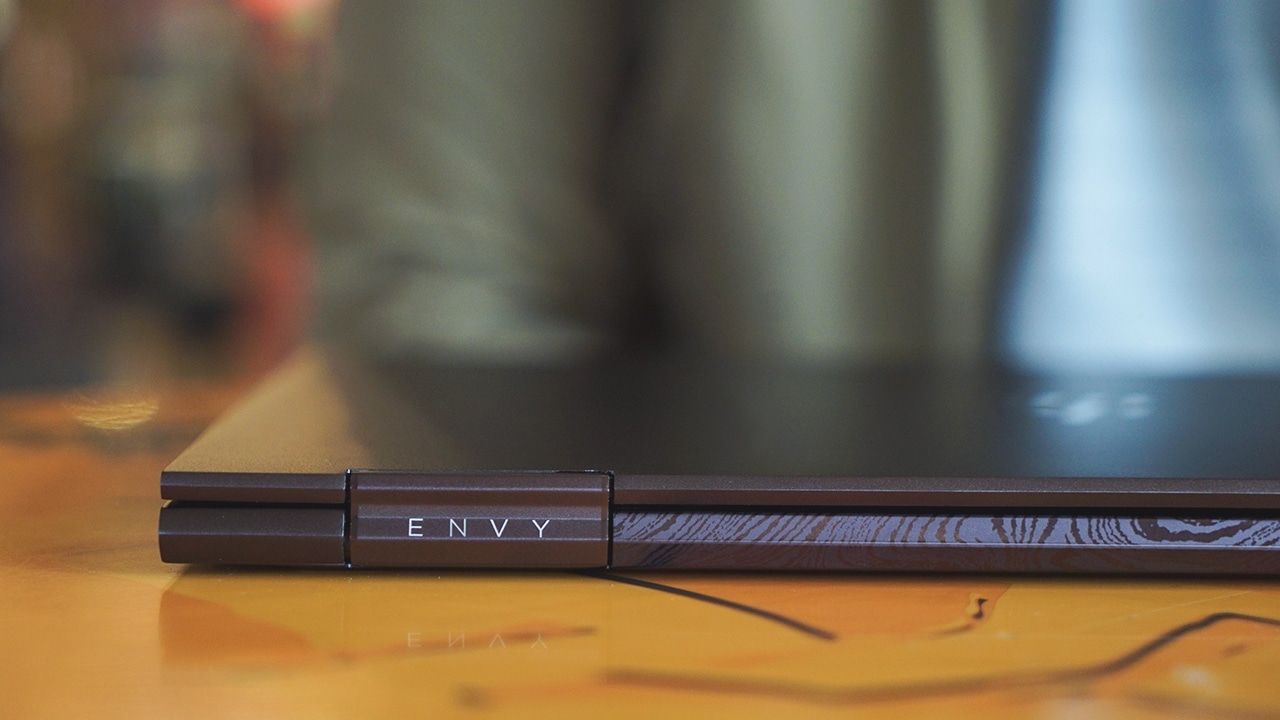 There’s a striking pattern to complement it

… that lets it convert into a tablet 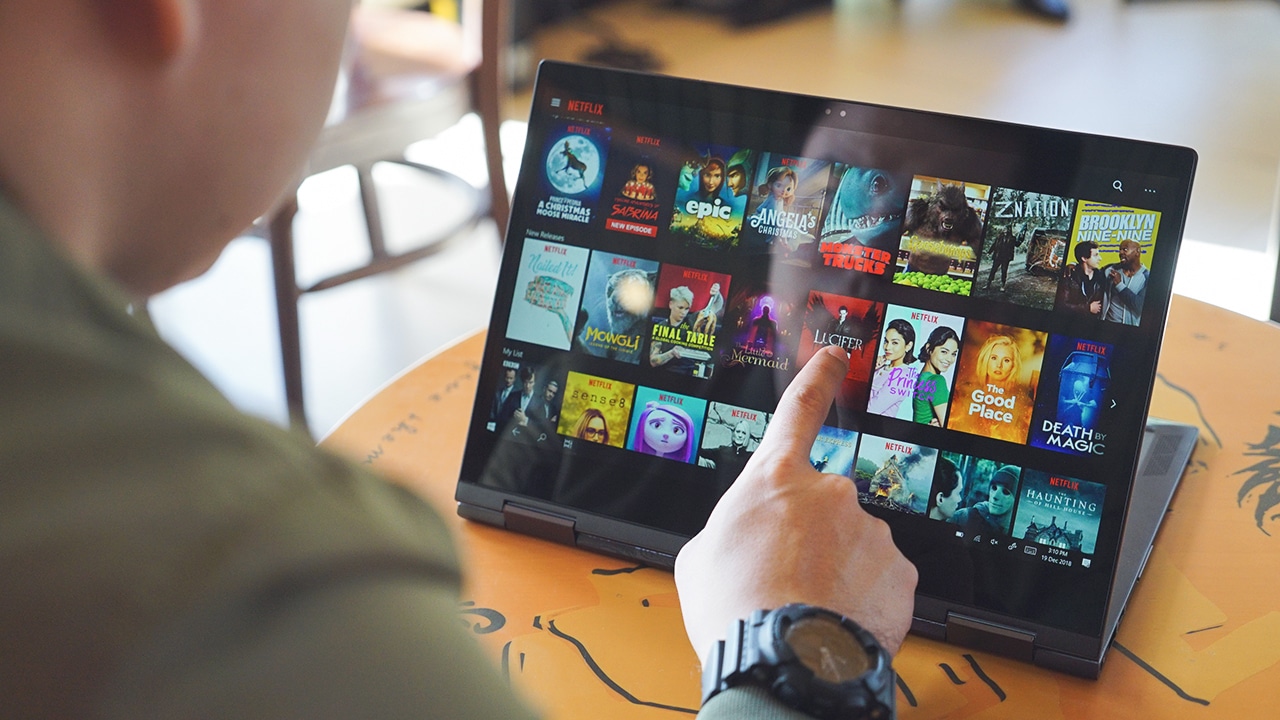 It supports both pen and touch input

The webcam is paired with an IR scanner 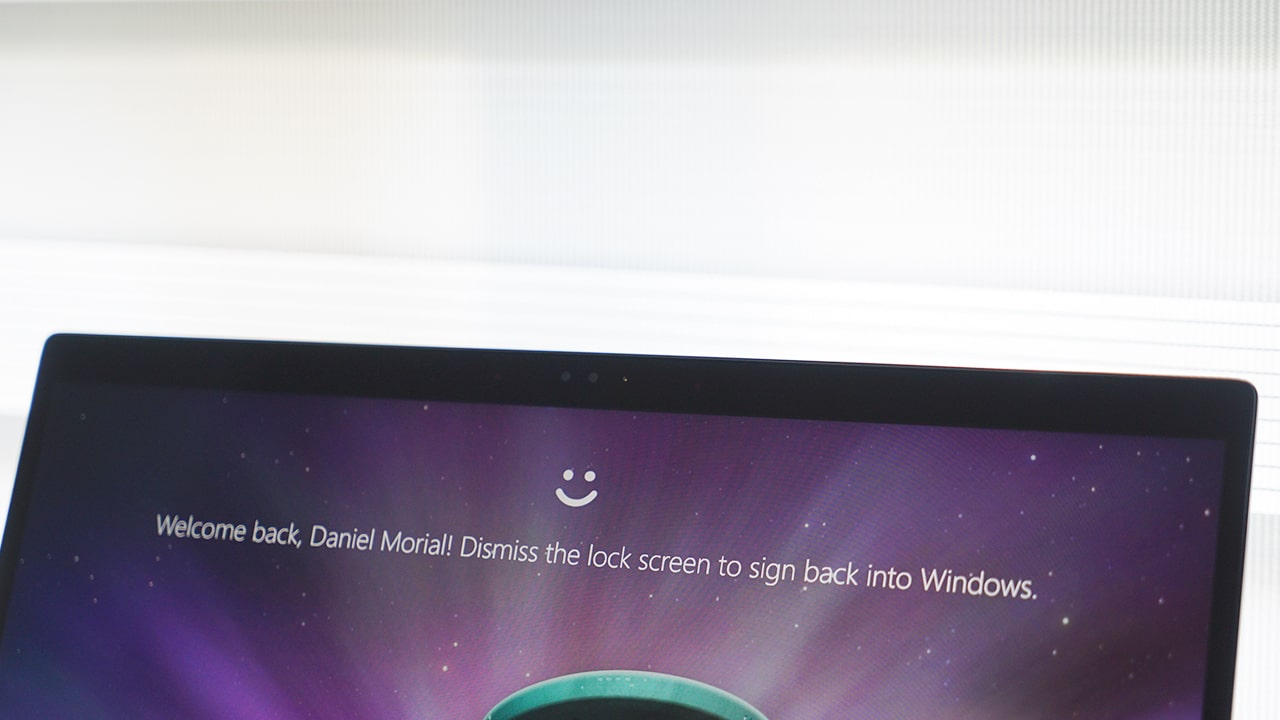 On its left are a full-size USB 3.1 and combo audio jack 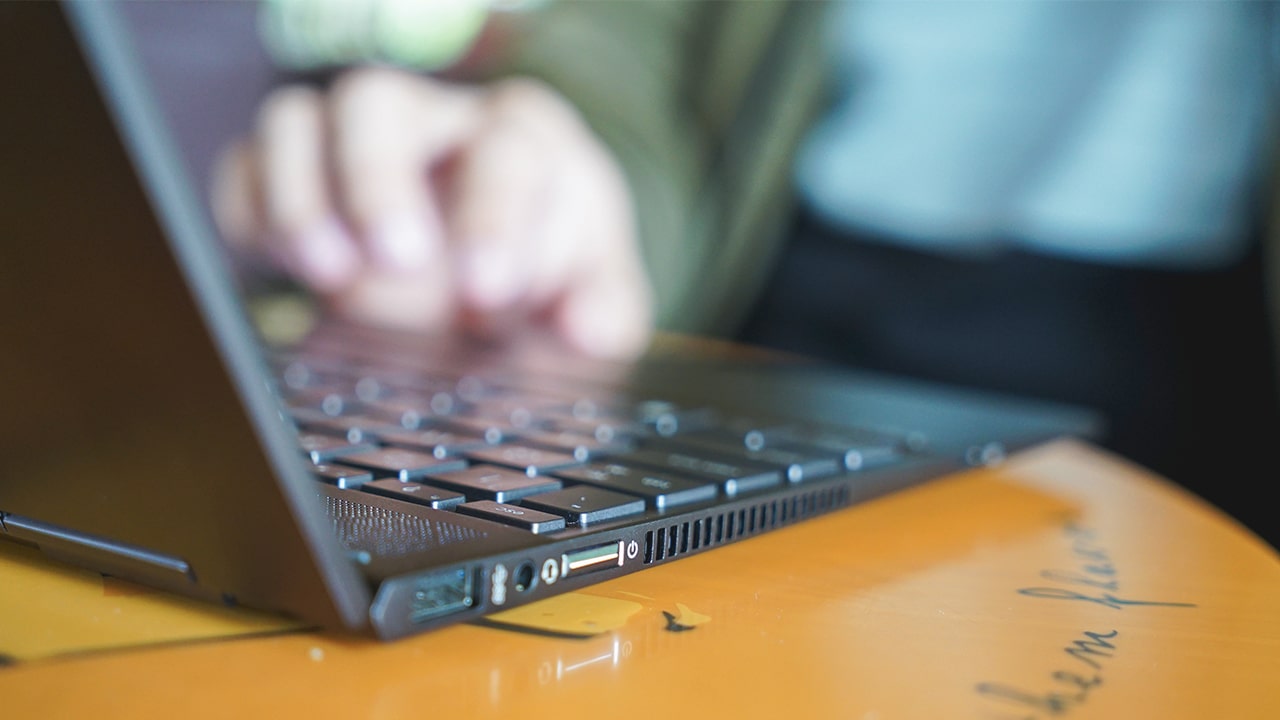 The power key, microSD card reader, and vents are also on this side

Another USB 3.1 plus a versatile USB-C are on the right 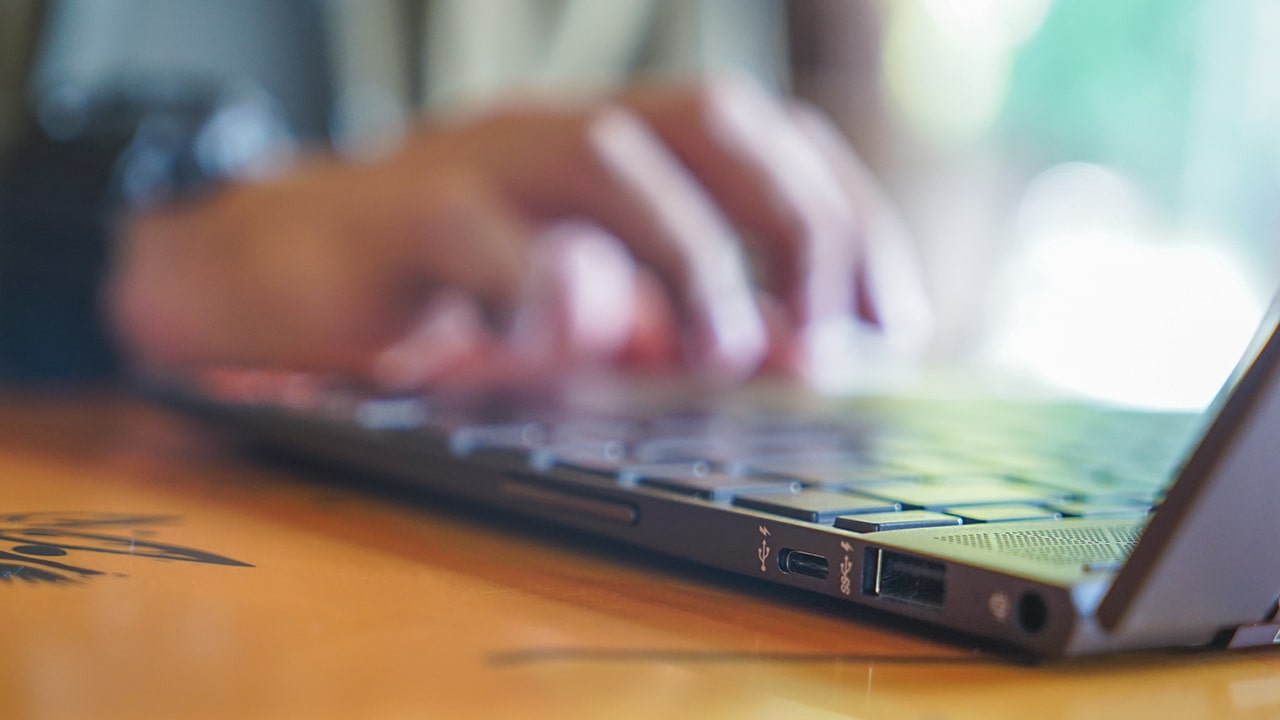 The speakers occupy the top area of the keyboard 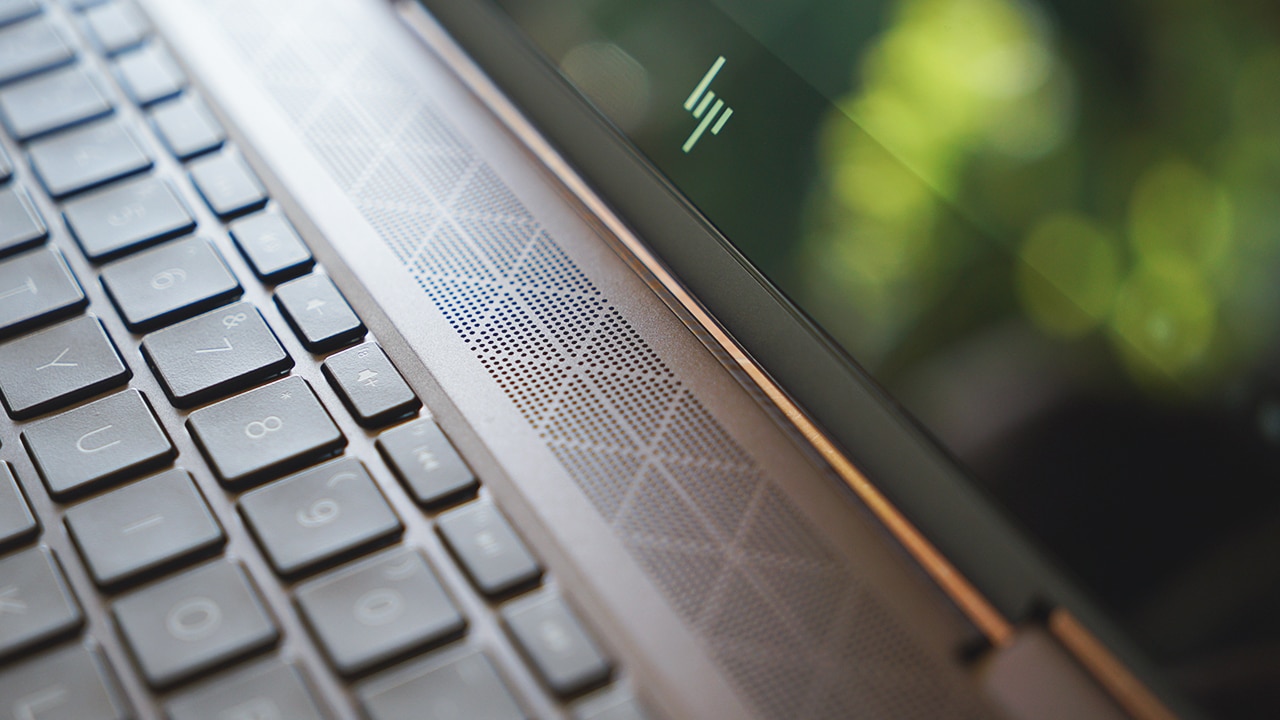 There are two more speakers at the bottom

The keyboard is surprisingly good despite its size 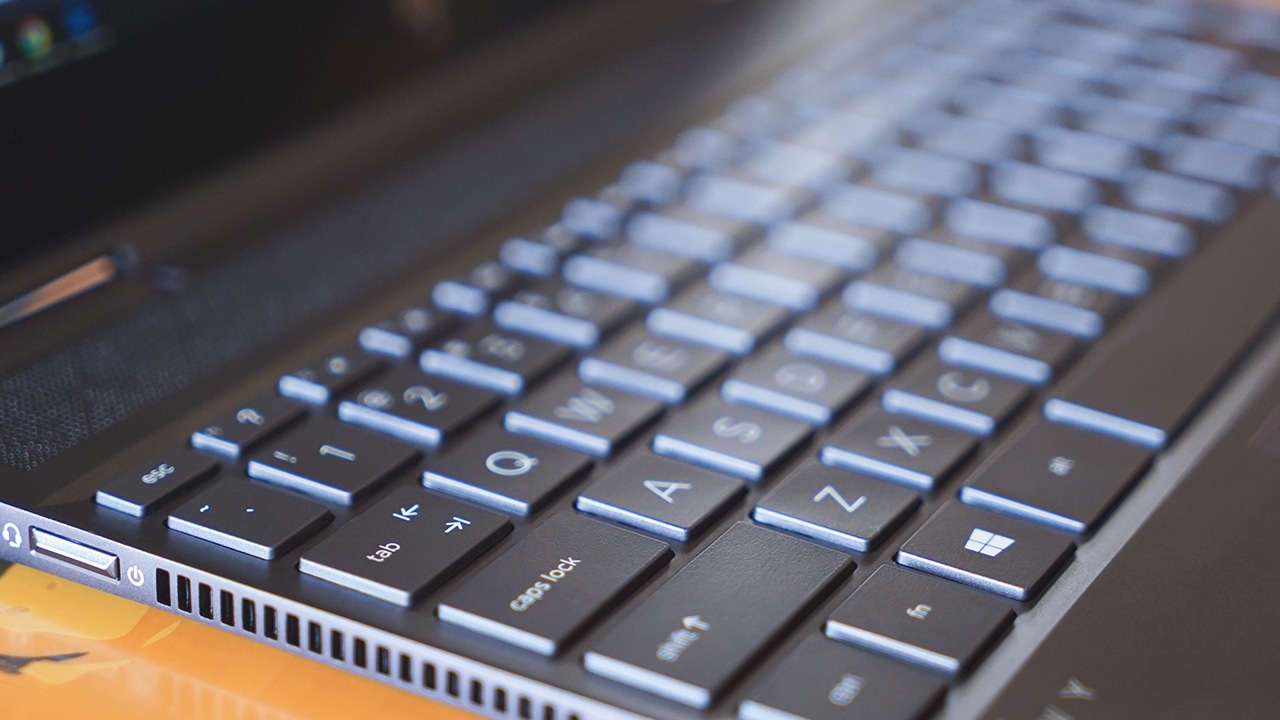 Well-spaced with good amount of travel

The touchpad is pretty good, too! 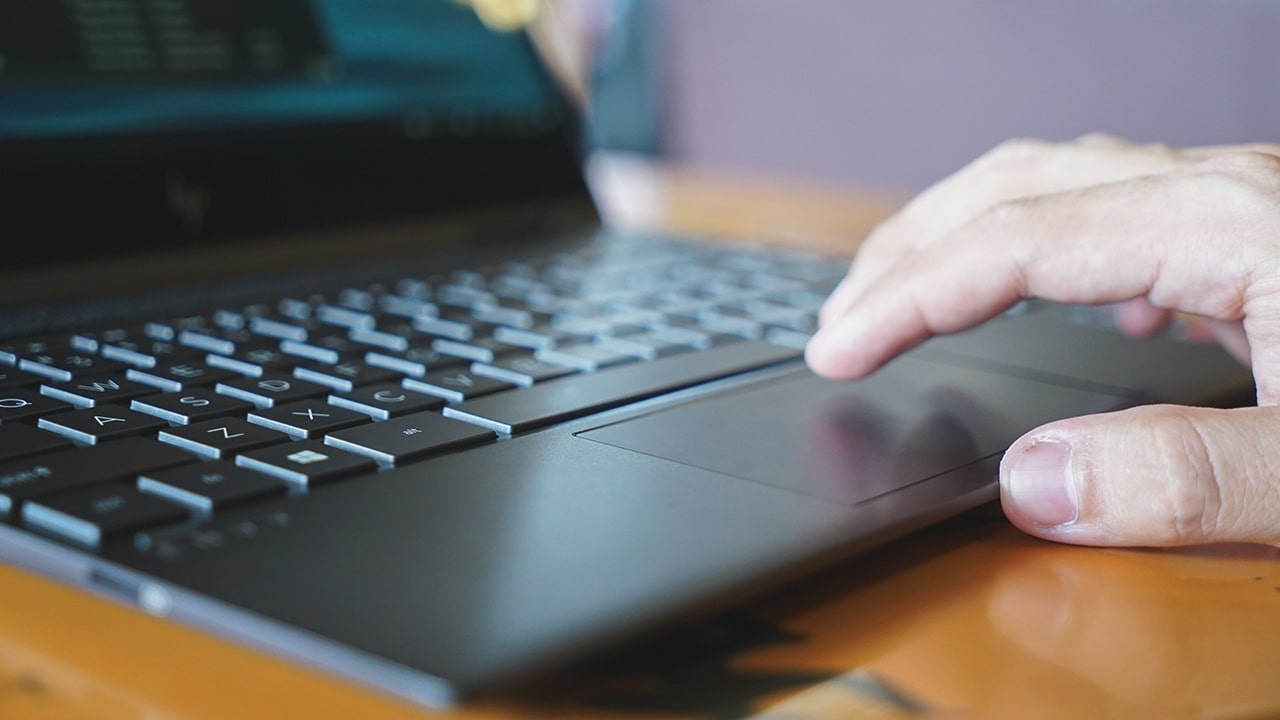 Gestures are difficult at times, though

Premium at all angles

For those who are unfamiliar, the Envy series of HP notebooks sits between the high-end Spectre series and the mainstream Pavilion line. This year’s Envy x360 inherited the design cues and characteristics of the Spectre line of PCs without the high price tag. That being said, this notebook looks and feels premium like a true expensive device. The whole body is made of aluminum with a matte finish. 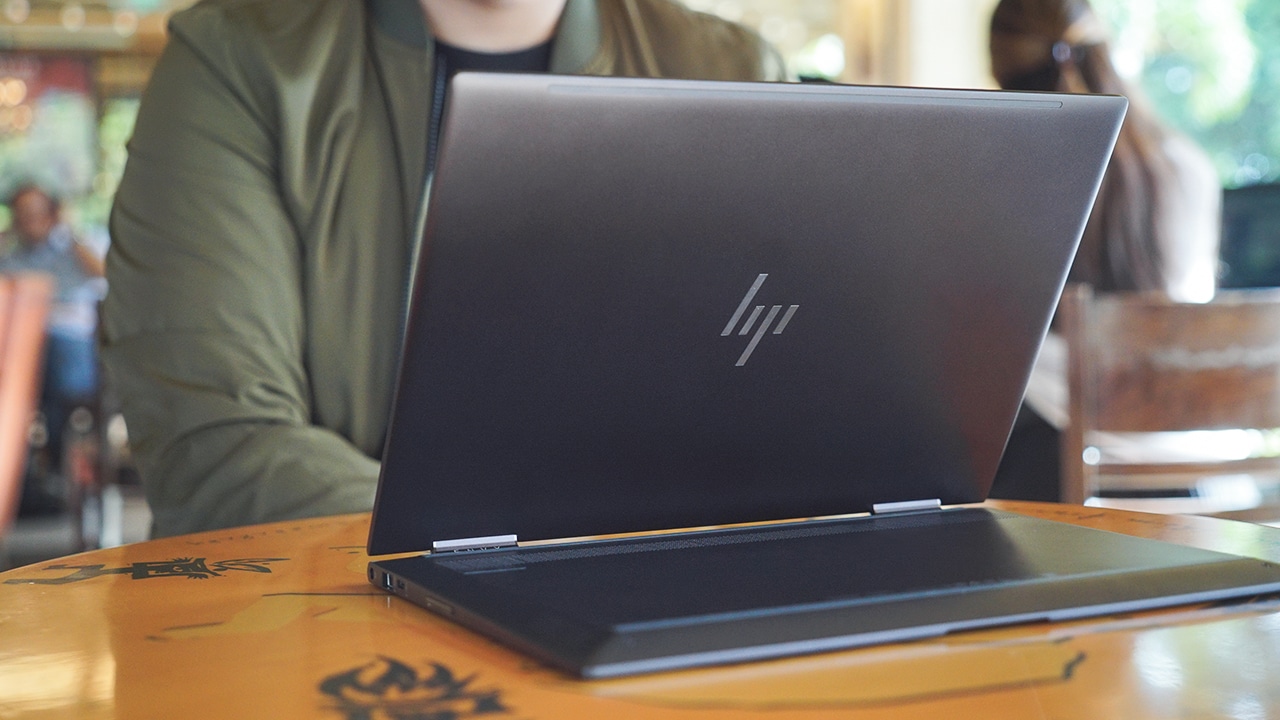 The only available color option is this Dark Ash Silver, so there’s really no other choice for those who prefer a lighter finish. Don’t mistake it for being dull and boring though, because the subtle pattern near the hinge is quite a head turner. Also, the new minimalist HP logo is a conversation starter.

Aside from being a gorgeous-looking device, the Envy x360 is an ultra-portable notebook. Its 13-inch profile is significantly smaller than other similarly sized notebooks in the market due to its micro-edge bezels. Let’s not forget it’s using Gorilla Glass, too. 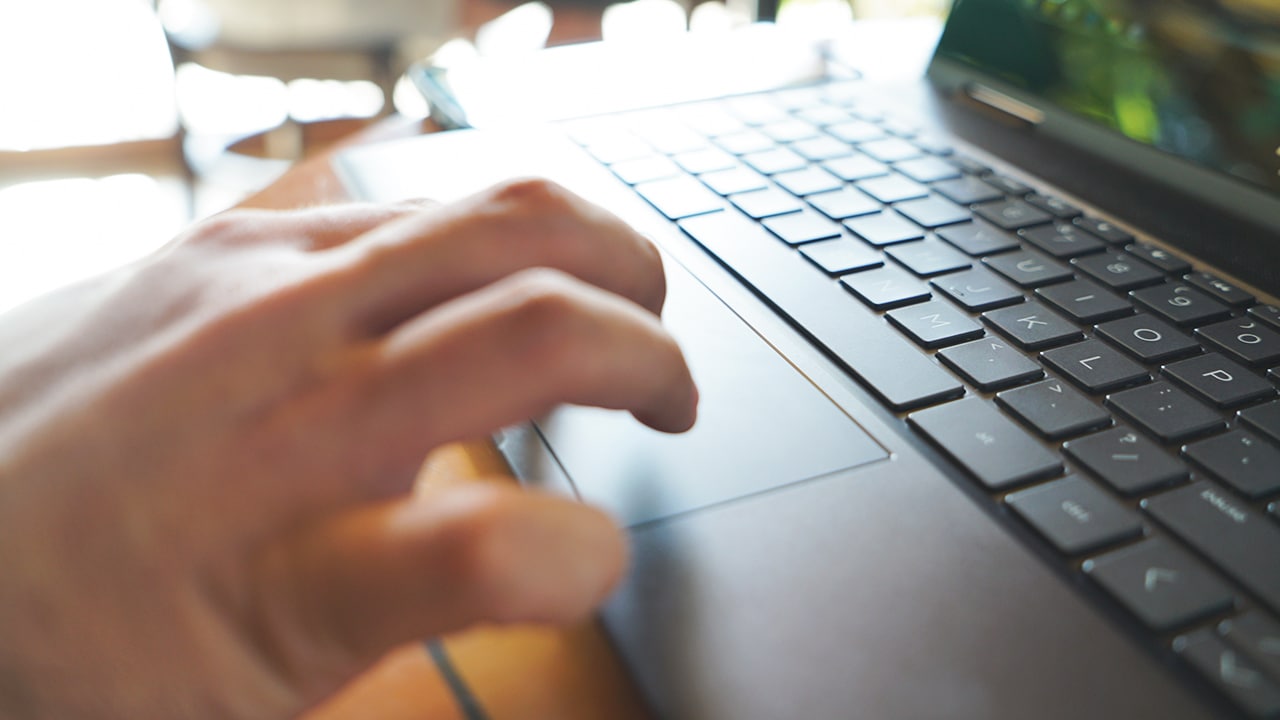 With its smaller body is a compact keyboard that is surprisingly great. Prior to the Envy x360, I was using the Lenovo C930, which is not exactly a small laptop. I loved the spacious keyboard on the Lenovo (as always), although HP is able to cram a well-spaced layout and it didn’t take long before I adjusted to it.

I can’t say the same for touchpad, though. It’s responsive, but it uses a third-party Synaptics driver as opposed to the native Windows Precision. Multi-touch gestures are present, but aren’t as precise.

Usually, laptops with dedicated graphics have to be thicker and heavier, but not this one. The interesting feature of the latest version of the 13-inch Envy x360 is its processor: HP shifted from Intel to AMD.

My unit is powered by a Ryzen 7 2700U processor with Radeon RX Vega 10 graphics. Compared to other Intel-powered notebooks that only have integrated graphics, the Envy x360 is more adept in gaming and editing. 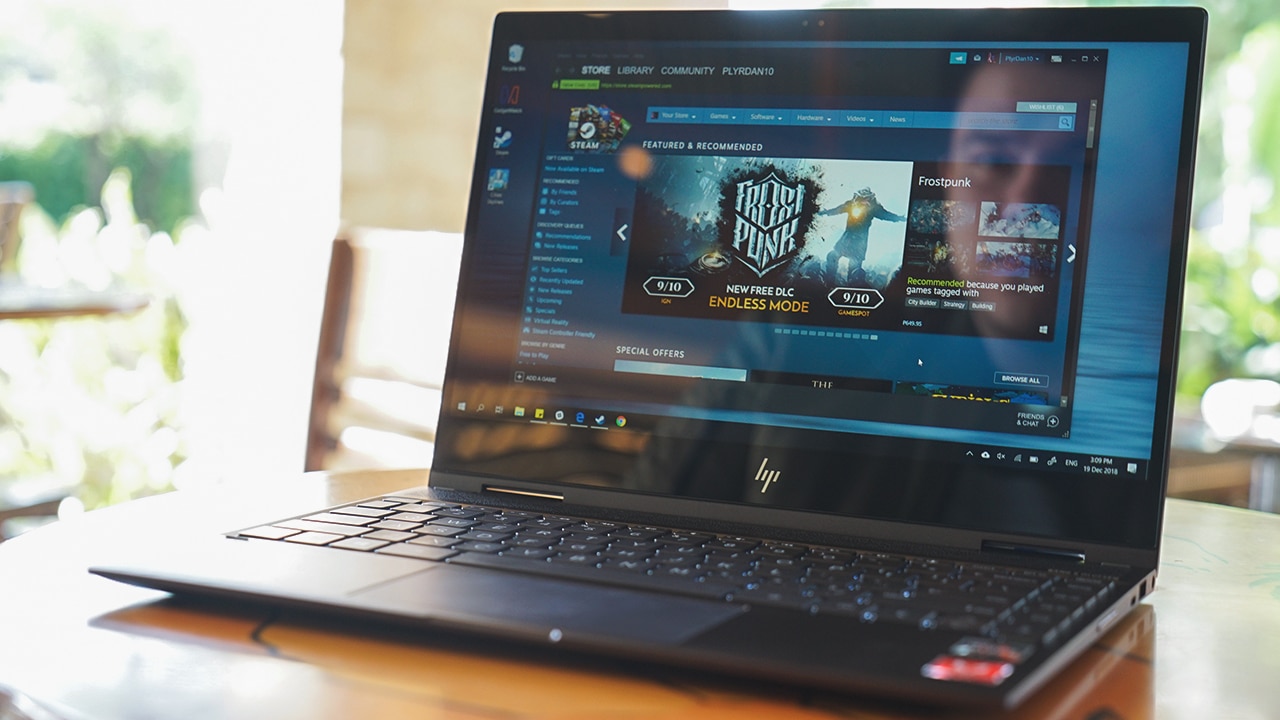 With an ample 8GB of memory and a speedy 256GB SSD for storage, I’d say the configuration is balanced — especially for its size. Unfortunately though, the memory is not upgradable, but the storage is. 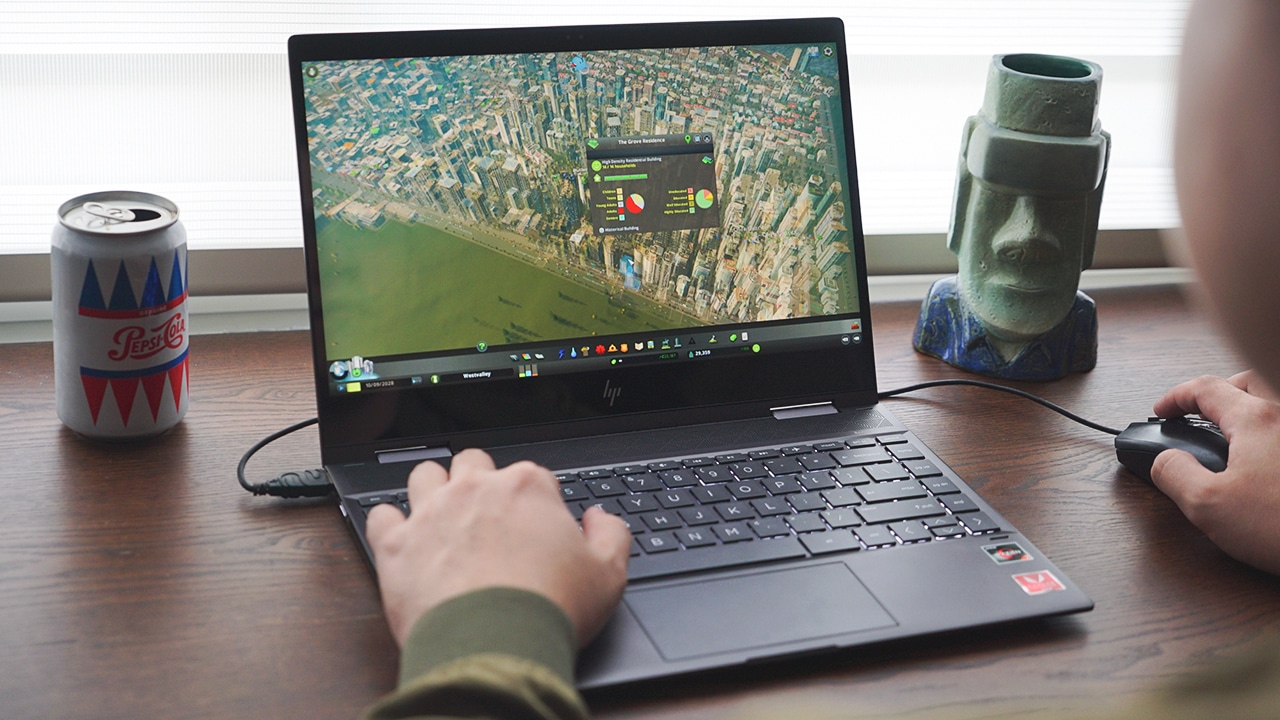 As a consumer notebook, the Envy x360 is pre-loaded with Windows 10 Home. It’s bloated with a few HP apps and trial software that are just wasting storage space. It’s a good thing everything runs smoothly out of the box. When I installed the latest October 2018 update of Windows 10 though, it experienced some hiccups. AMD is not known to push the latest drivers on time, so a future update should patch the minor performance issues.

When it comes to gaming, the Ryzen 7 chipset shines. Usually, laptops this size can only run PC games on low settings but thanks to the prowess of the Radeon RX Vega 10 unit, I was able to play CS:GO well on high settings. Fortnite is nicely playable when you turn down the resolution, as well. My favorite, Cities Skylines, is also enjoyable on medium settings despite the occasional frame drops.

Battery life could be better

HP claims 11 hours of battery life based on its tests, which sounds impressive but real-life usage is nowhere near that number. 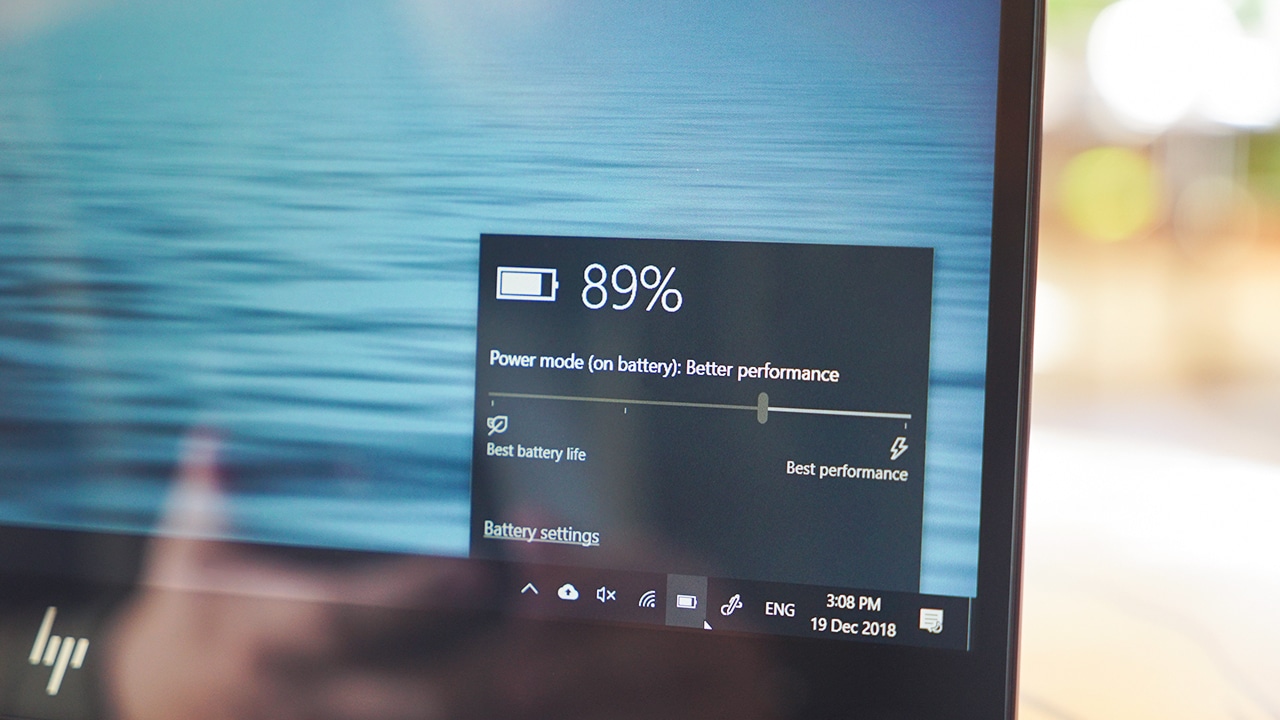 My usage of the Envy x360 varies, but the average battery life I get is around five hours. This includes consistent Wi-Fi connectivity, web browsing (using both Chrome and Edge), and a couple of Modern Family episodes on Netflix. When I put my gamer’s hat on, I only get two and a half hours on a single charge.

When it comes to charging, the included 45W power brick fills up the notebook to full in two hours. What’s great about the Envy x360 is it can also be charged through the USB-C port. Any 40W and above Power Delivery charger should work fine.

If you want a powerful notebook without the high price of the more popular Intel processors, the Envy x360 with AMD’s Ryzen 7 is a viable option.

For PhP 63,990 or roughly US$ 1,215, you can have a premium machine that has more than enough computing power for everyday chores. It’s also a portable laptop than can run games on good quality settings, render videos and/or photos faster, and entertain on the go. 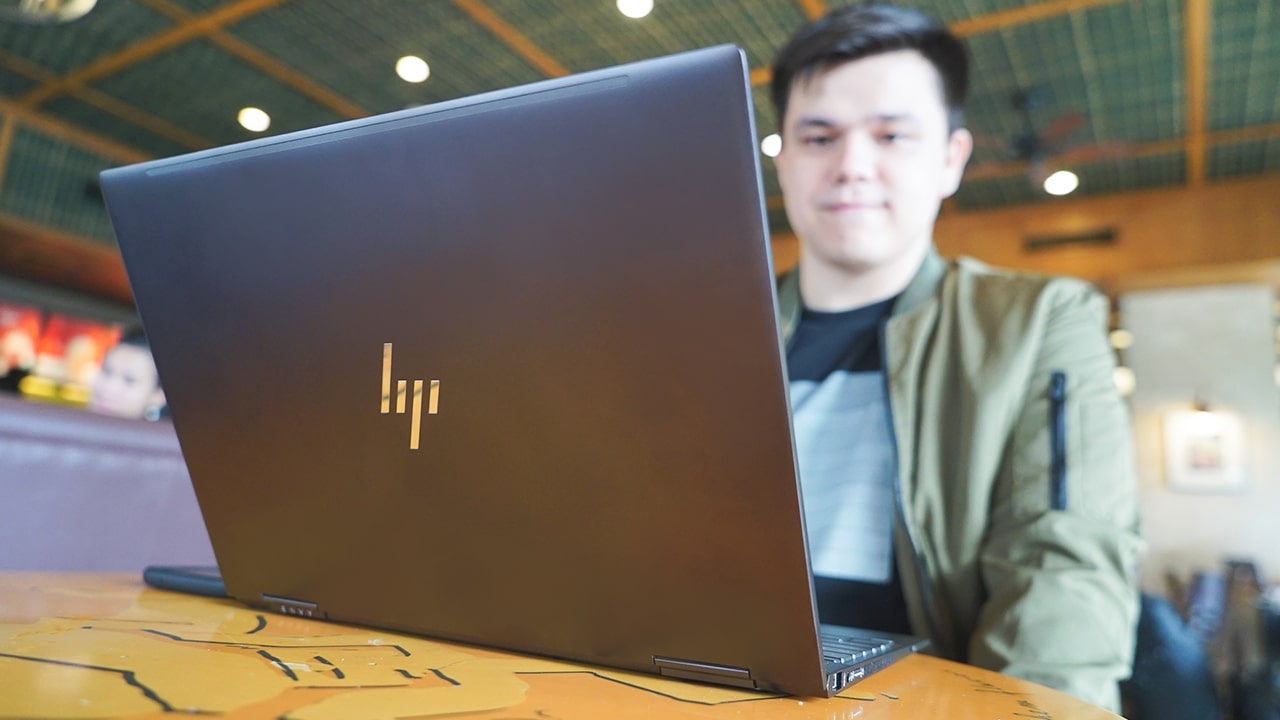 There’s an even cheaper variant running Ryzen 5 for PhP 56,990 or US$ 1,080. It’s slightly less powerful when it comes to gaming, but it pretty much offers similar overall performance.

AMD processors do have their issues, but those can be fixed by a patch. Hopefully, AMD and HP push regular updates to keep the machine compatible with the latest games and applications.

SEE ALSO: Lenovo Yoga C930 Review: It could have been the best