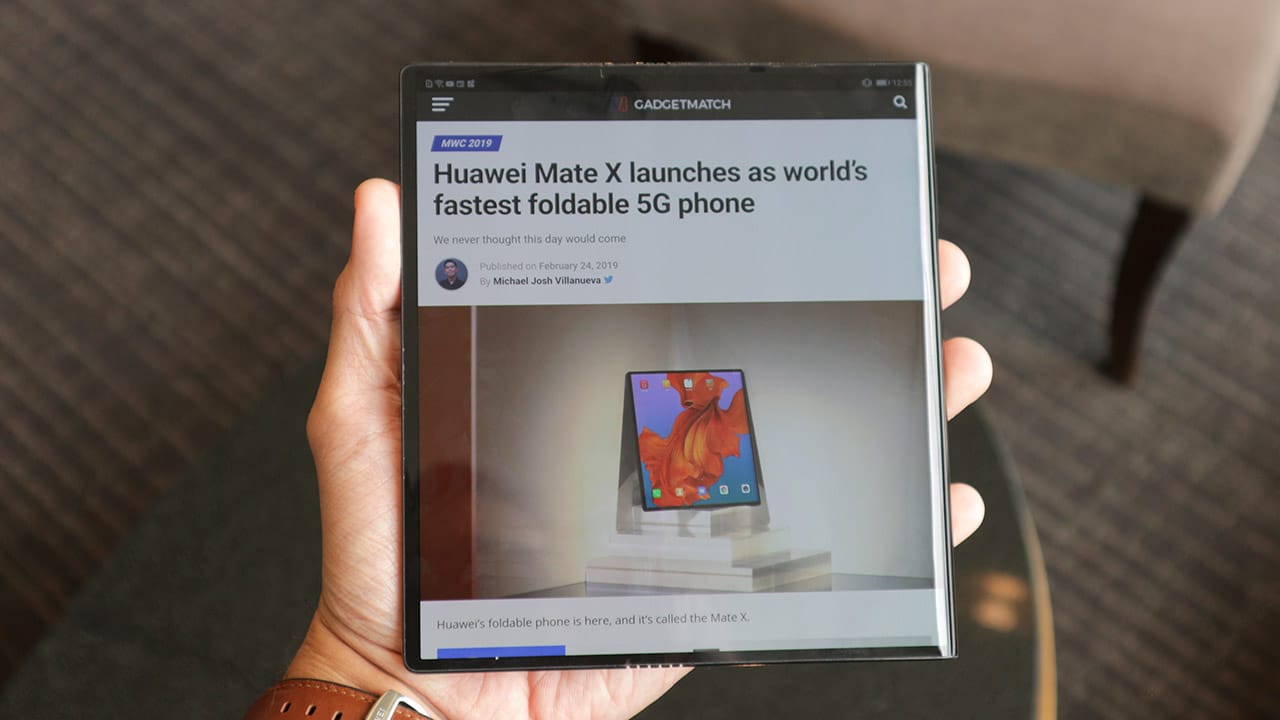 In the span of just a few weeks, the world’s first foldable smartphones finally received their much-awaited public release. Headlining the pack, Samsung launched the second iteration of the Galaxy Fold. The revolutionary foldable phone is now available worldwide.

Similarly, Motorola launched its own interpretation of the latest trend, a reimagined resurrection of the iconic Motorola Razr. The new Motorola razr is a brilliant combination of nostalgia and modern technology.

Joining this already distinguished duo, Huawei has finally released its own foldable device, the Mate X. Like its contemporaries, the Mate X was first announced earlier this year. Since then, Huawei’s foldable smartphone has been a victim of numerous rumors and delayed launched.

Prior to this weekend, the Mate X’s most conclusive launch date is “late 2019.” Well, we’re finally in late 2019. As promised, the Mate X is out in the market.

In China, that is. Before a more international launch, the Mate X is exclusive to the Chinese market for now.

Unlike other foldable phones, the Mate X folds outwardly. With its form factor, the phone doesn’t need a second screen. Unfolded, it has an 8.0-inch screen. Folded, it has a front-facing 6.6-inch screen and a 6.38-inch rear screen.

Inside, the Mate X comes with Huawei’s Kirin 980 chipset, 8GB of RAM, and 512GB of internal storage. It also comes with a triple rear camera setup: a 40-megapixel main sensor, an 8-megapixel telephoto lens, and a 16-megapixel ultrawide lens. For power, the Mate X carries a sizable 4500mAh battery.