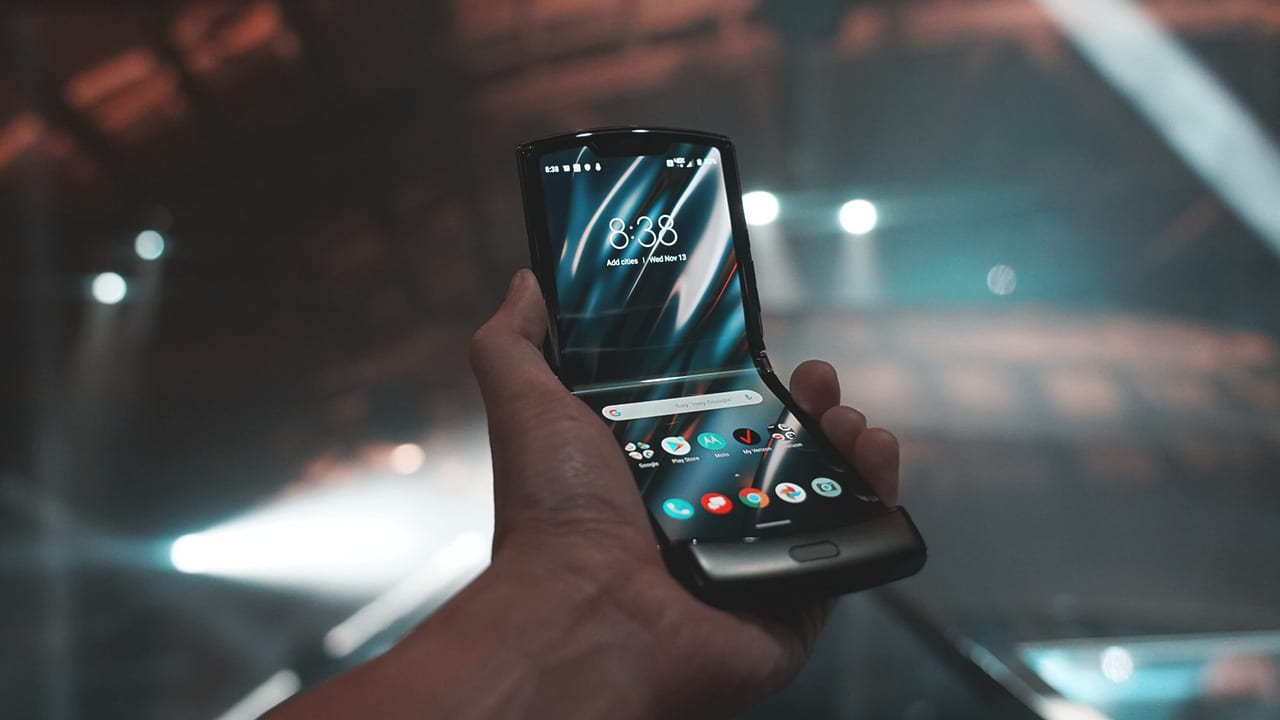 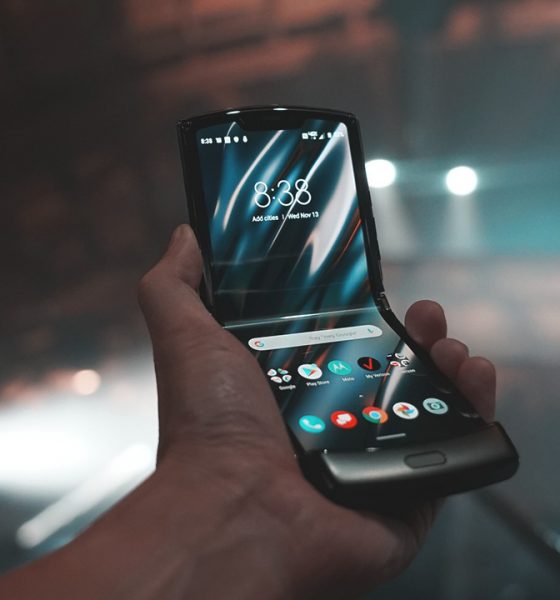 Motorola razr hands-on: Futuristic phone in the body of nostalgia

The price we have to pay to move forward

The iconic Motorola razr flip phone is back — bringing what we love from the past, into the future.

Like many of you, I love a good old nostalgic release, which is why I’m incredibly excited that this phone made its comeback. Of all the phones that ruled the late 90s and early 2000s, there’s nothing more iconic than the Motorola razr V3. It was a sleek, edgy, and fashion forward flip phone. From its launch in 2004, about 130 million razr V3’s were sold — making it the best selling clamshell of all time. 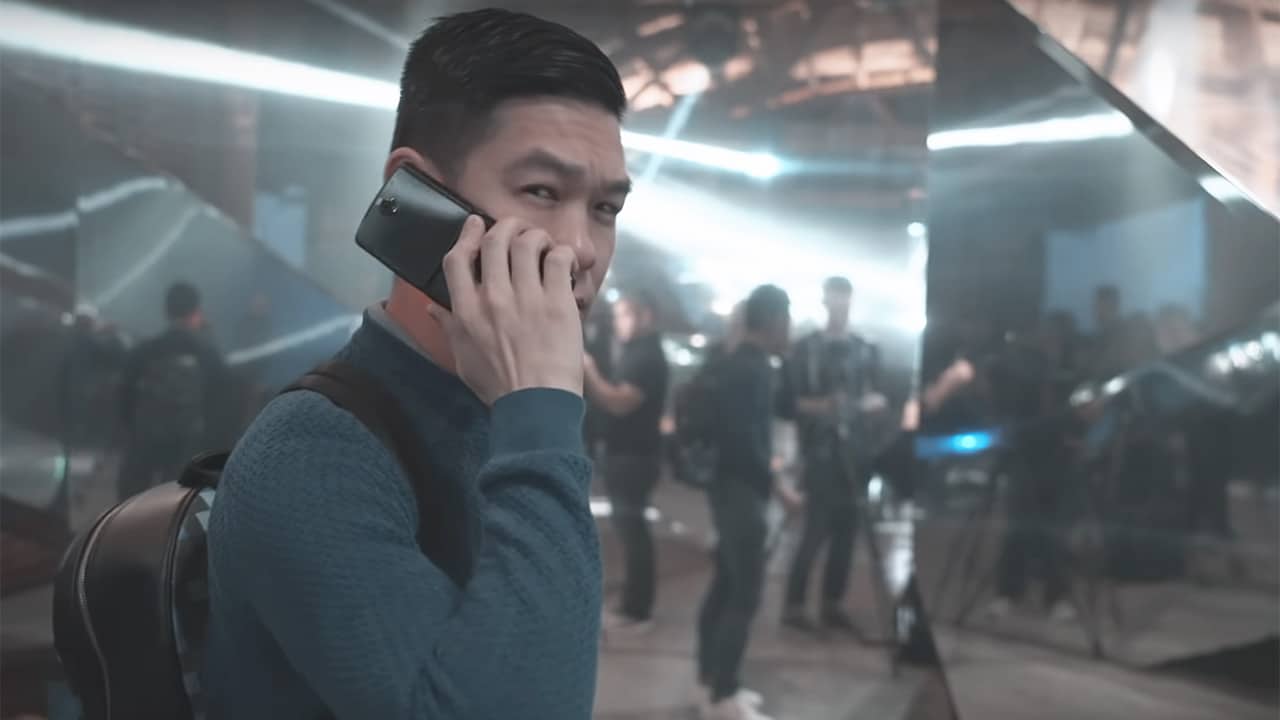 Like the original, the new Motorola razr is a flip phone, so you can answer and end calls like a boss. 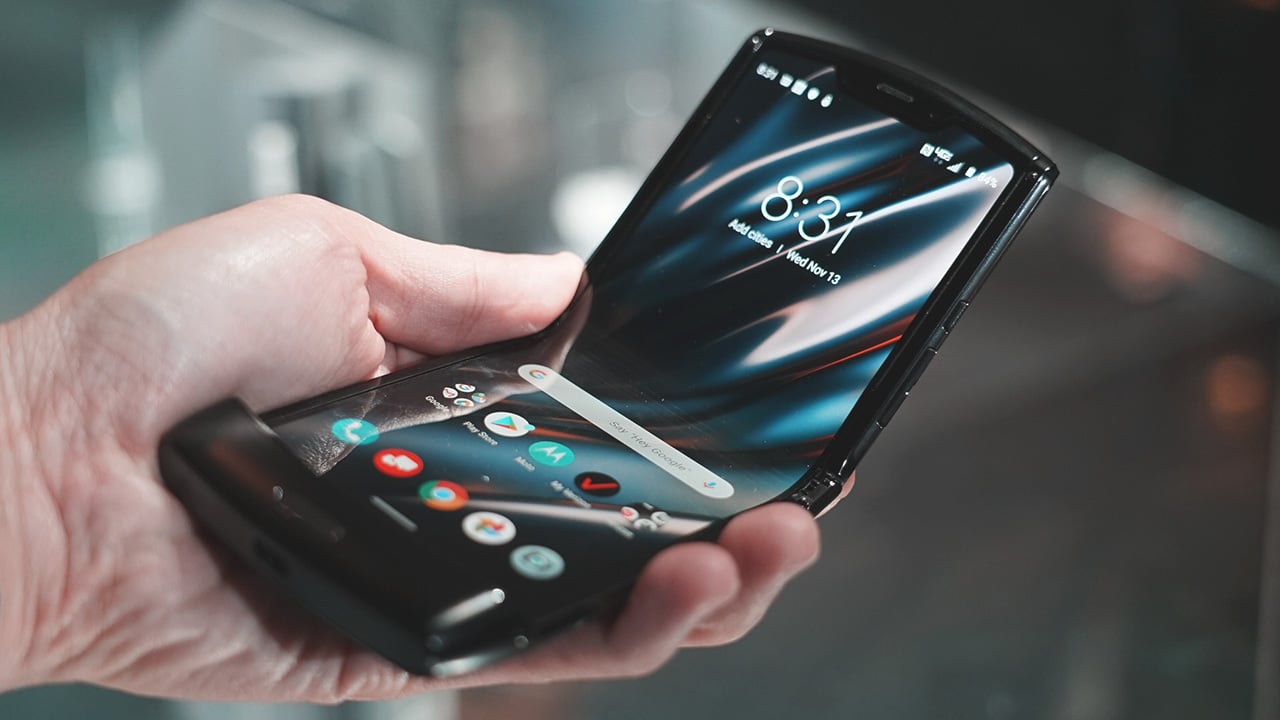 Just like the hottest phones of this year, the new razr, too, is a foldable phone; or to be more precise, a phone with a foldable display. The main difference is instead of unfolding horizontally into a square tablet, it folds out vertically. 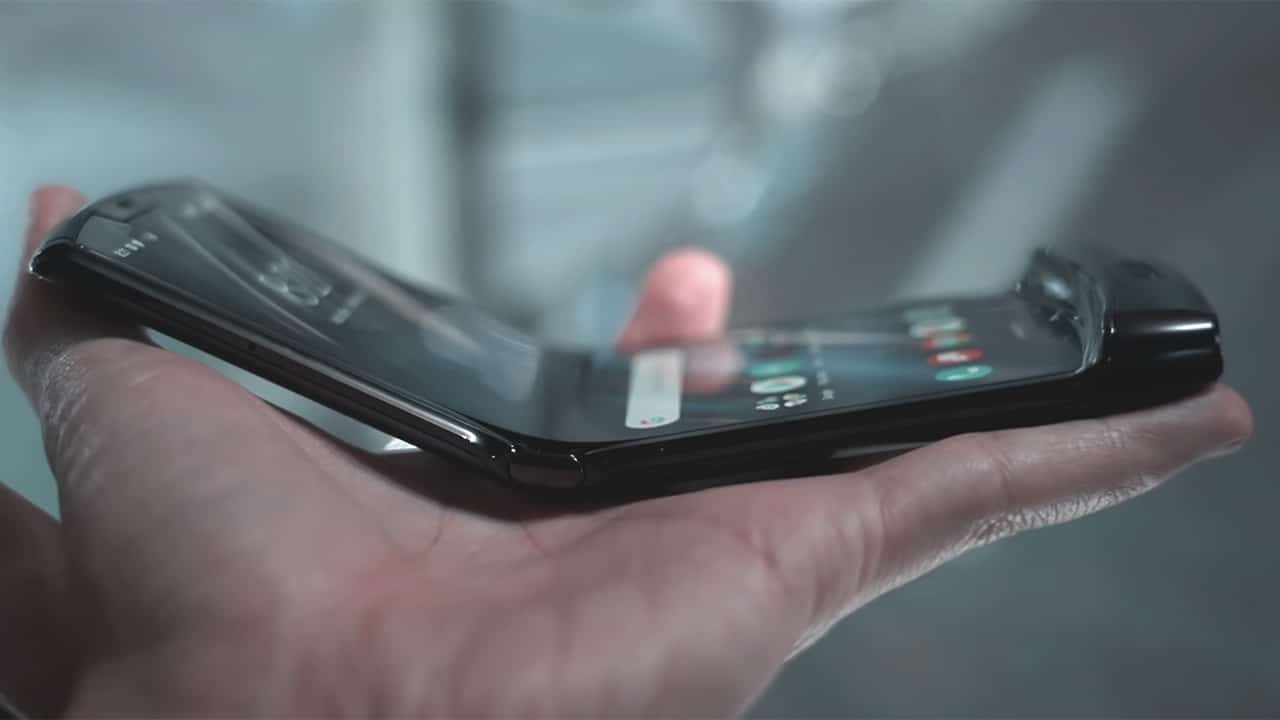 Inside there is no physical keyboard where there once was. Instead it’s all display — 6.2 inches of Flex View pOLED of it. Surprisingly there’s no noticeable crease on the screen. Motorola says the hinge is designed to flex into the shape of a water drop to avoid this. We’ll have to see over time if this indeed solves the challenge of the folding display technology. 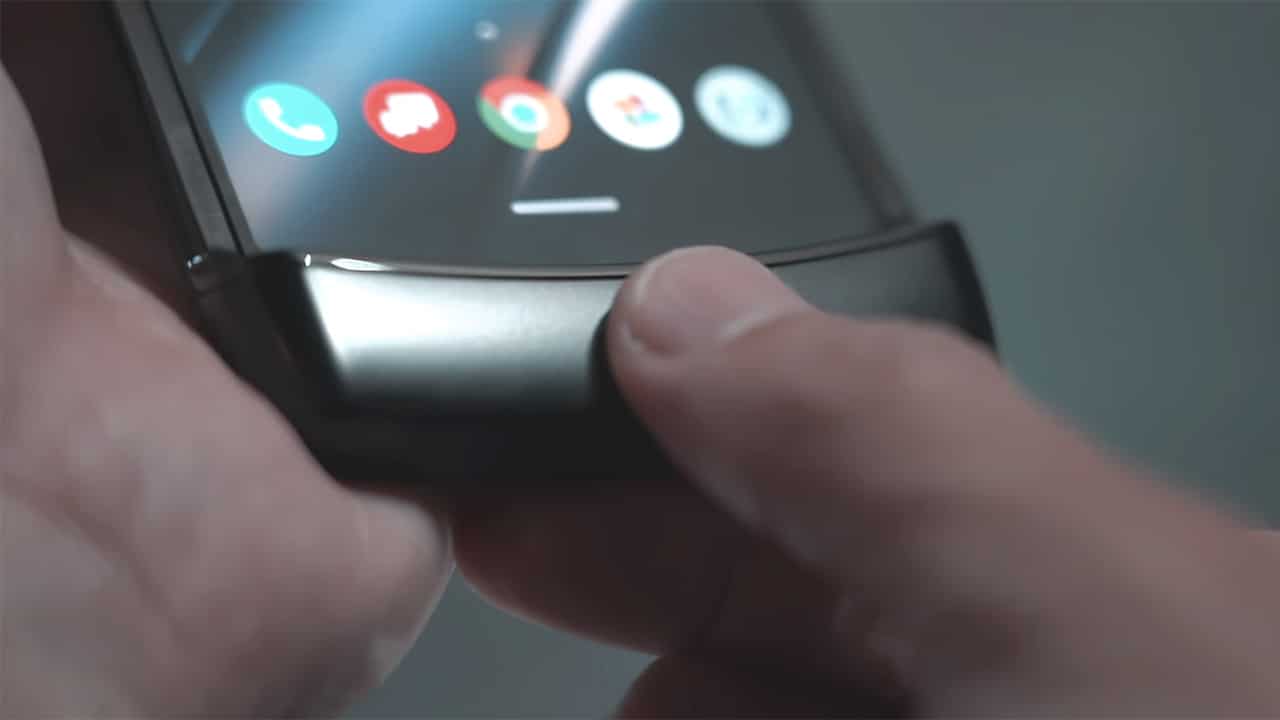 When opened up, the new Motorola Razr feels just like any other smartphone. It’s just as tall and as wide but much thinner; except for the lip at the bottom which houses most of the phone’s components as well as its fingerprint sensor, which is fast and accurate. 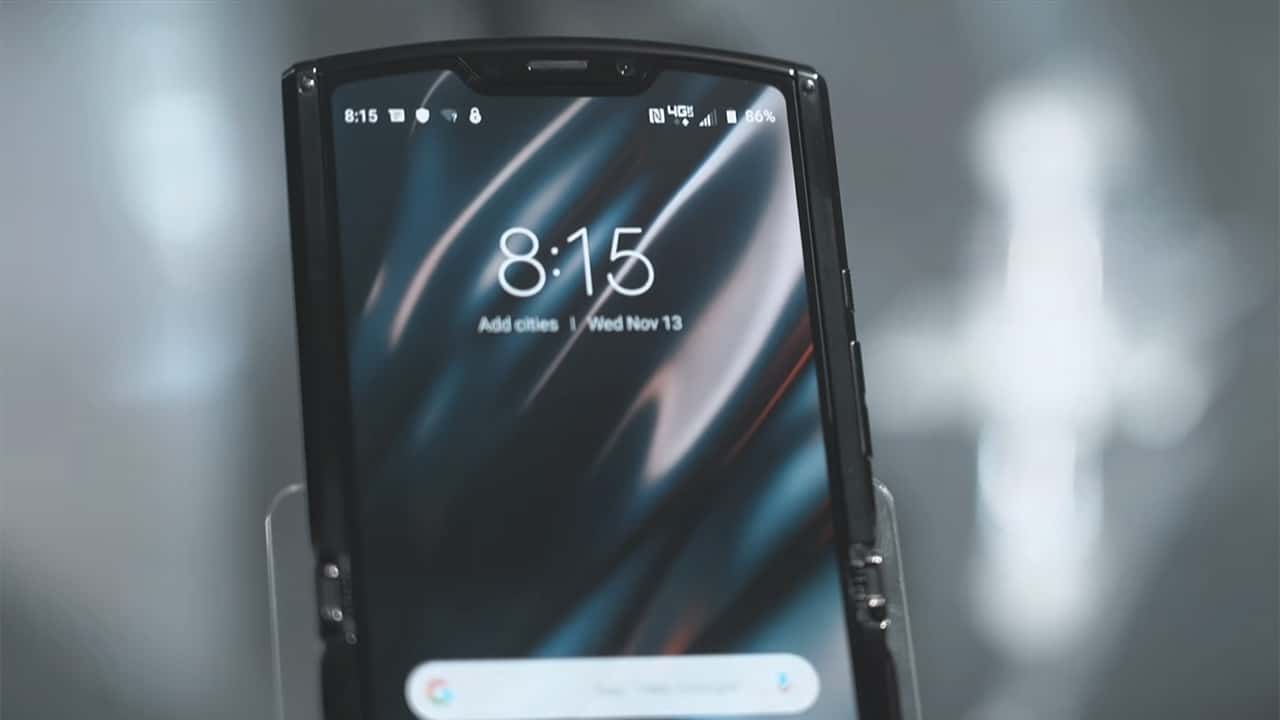 When you turn the phone on you’re greeted by Android OS. That means all your favorite apps are right here. There’s a small notch on top of the display to make room for the earpiece and a 5MP selfie camera. 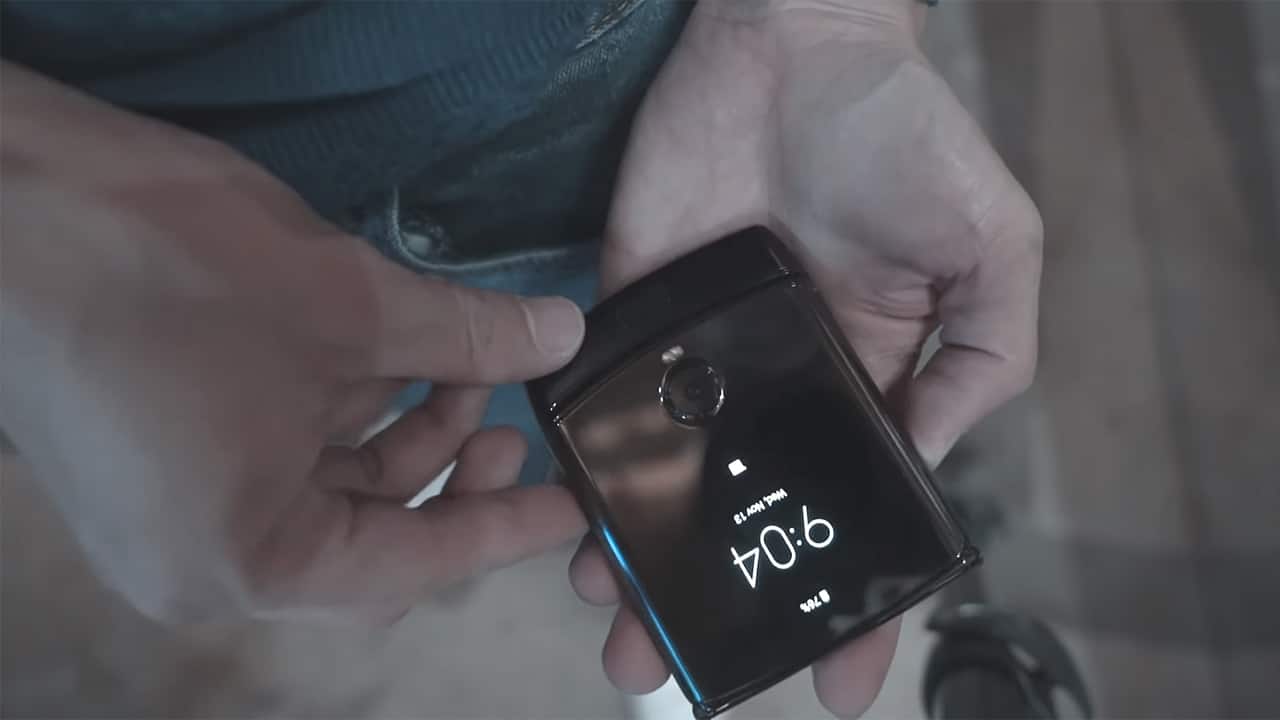 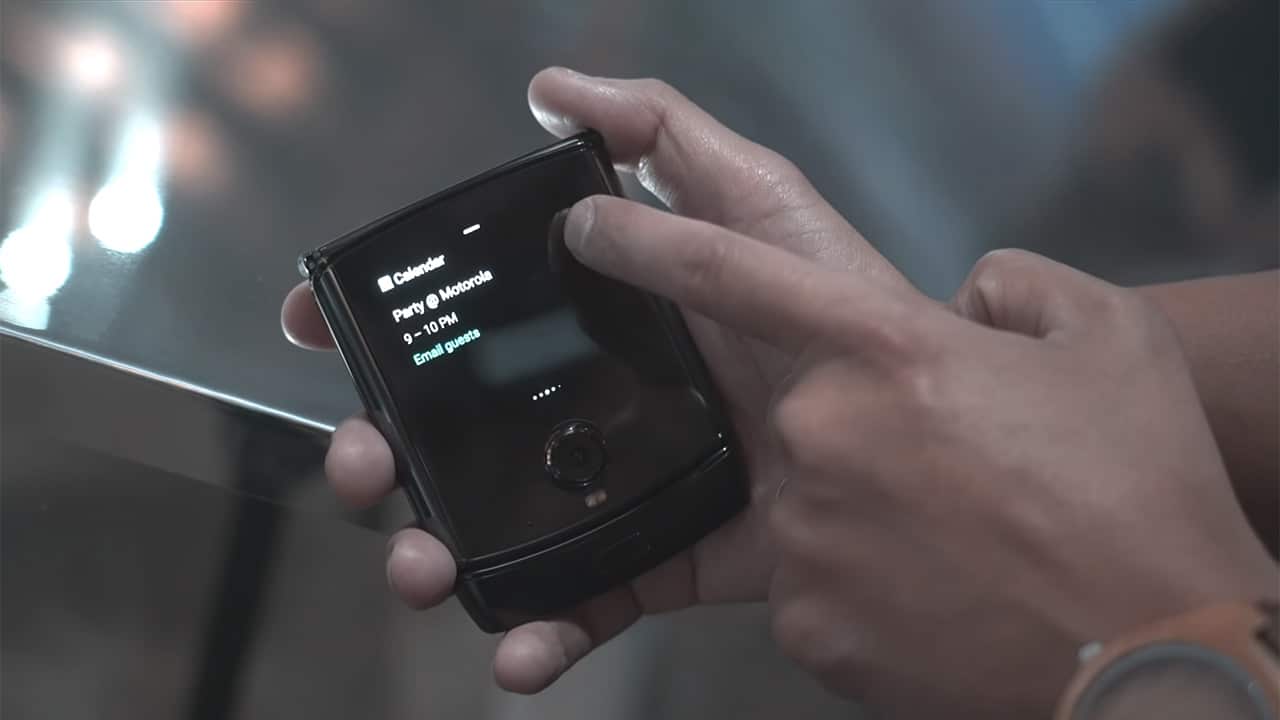 On the outside, there’s a secondary 2.7″ gOLED Quick View display. It’s not as high resolution  as the main display, but i’ts good enough for showing the time and notifications. 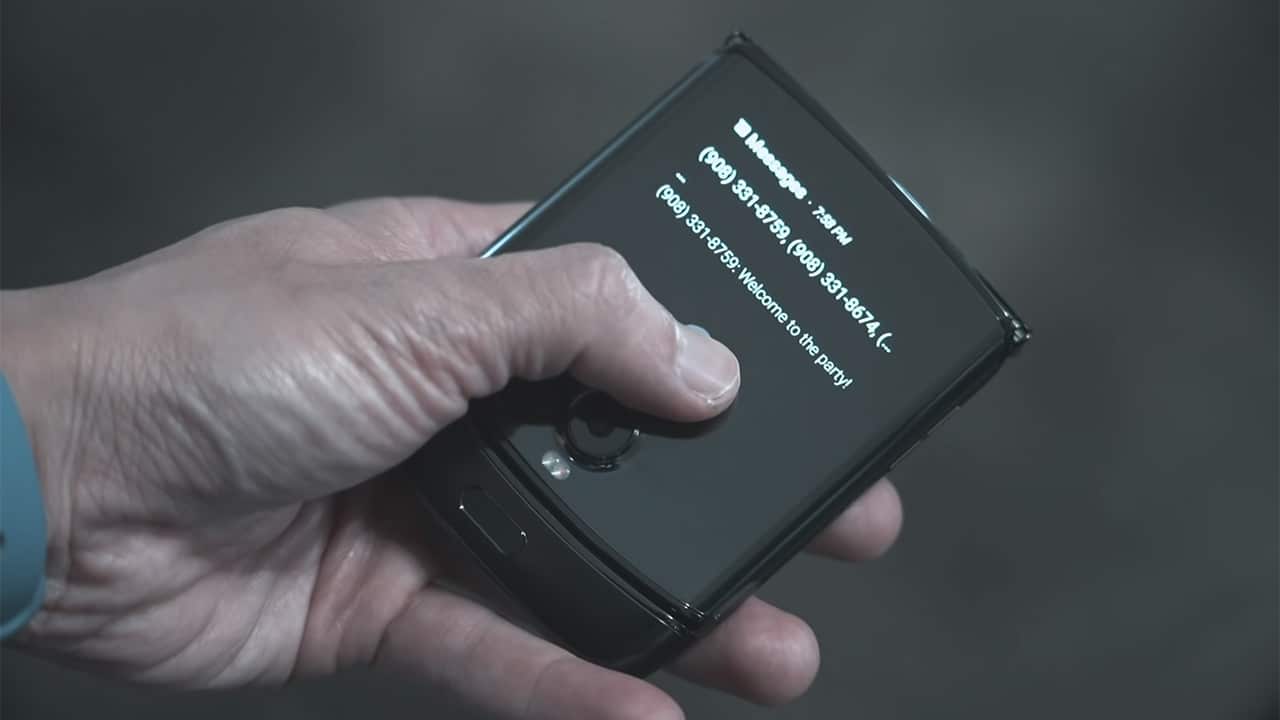 You can also tap to view a notification. There’s also Google Assistant Voice Detection, whichyou can use to dictate a text messages reply. 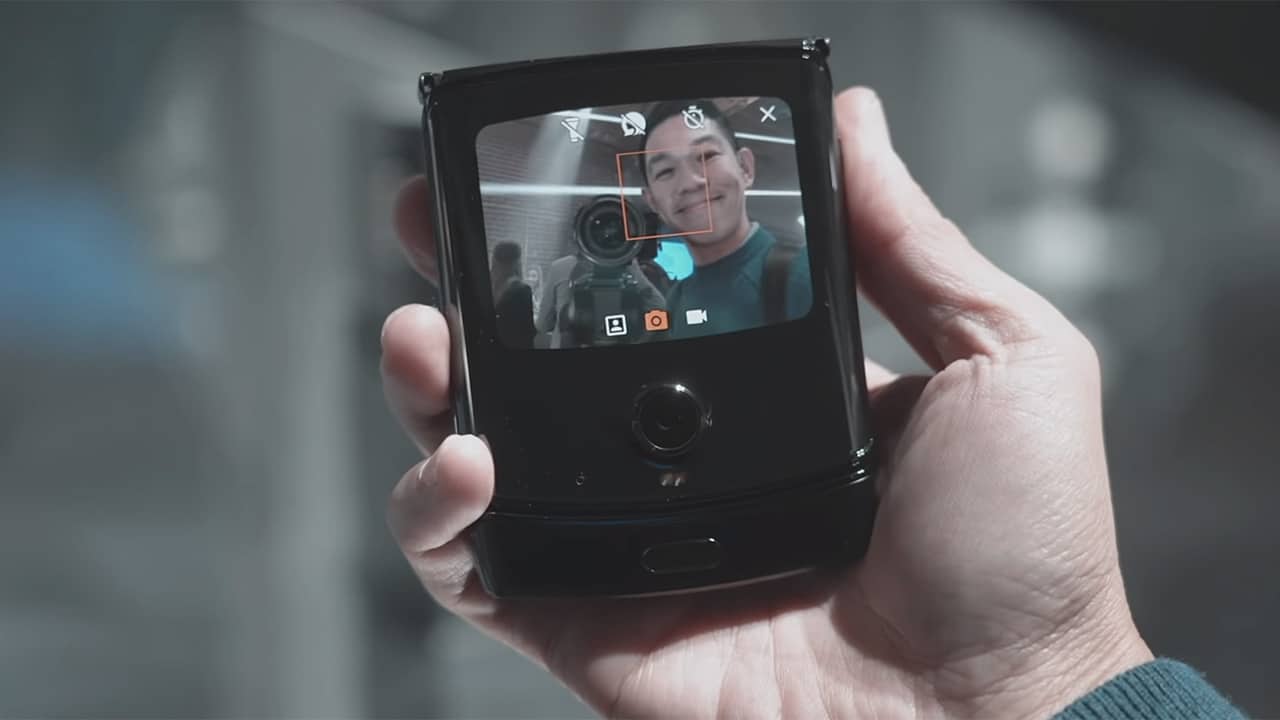 The Quick View display can also be used for taking selfies using the 16MP rear camera. You can just flick the phone twice to activate the camera. Smiling or flashing your palm will trigger the shutter. 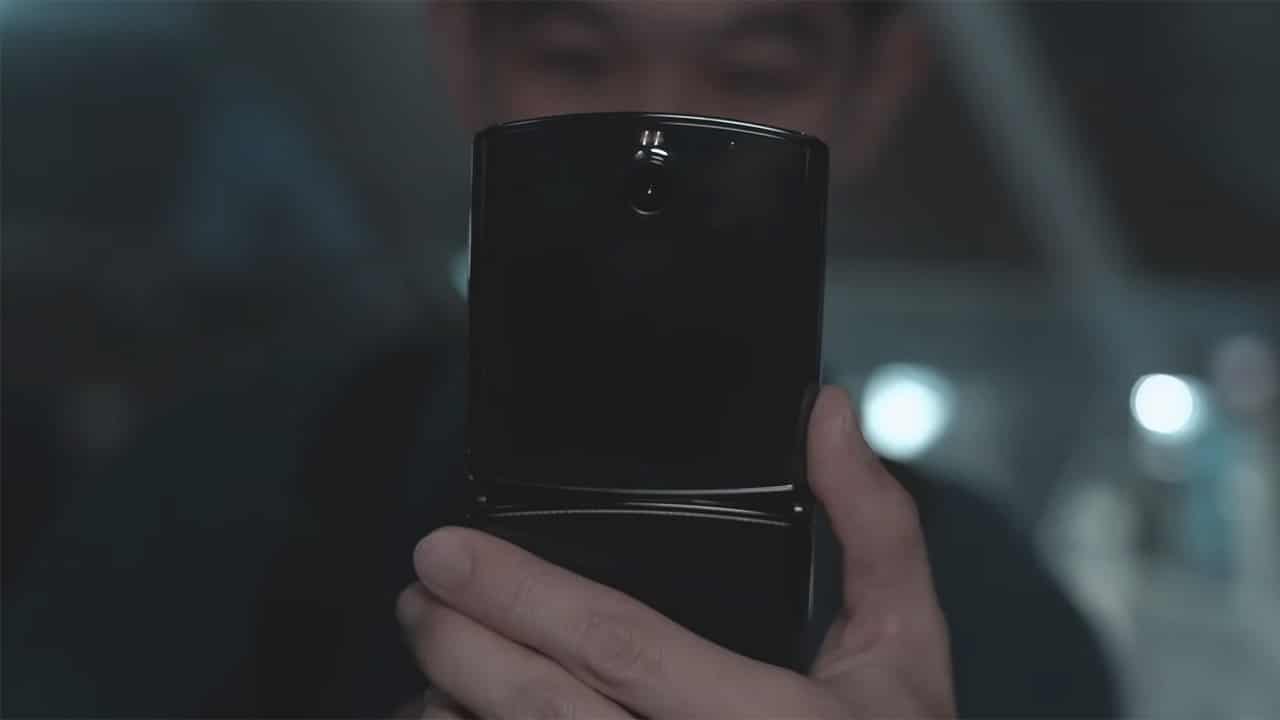 The rear camera features an opening of f/1.7, electronic image stabilization, dual pixel and laser autofocus, dual LED flash. It also serves as the main camera when the phone is flipped open. 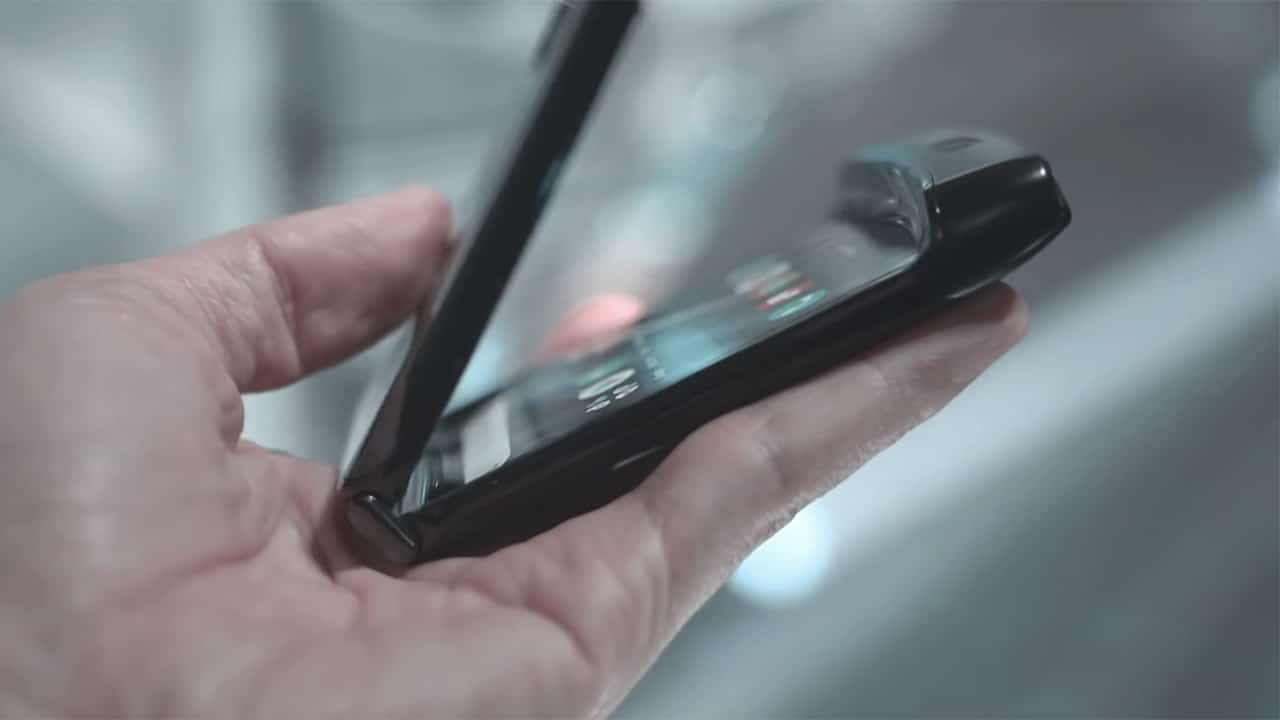 Just like the original Moto Razr — the new 2019 model is sleek and stylish. With an aluminum chassis and sharp edges. The back side has a carbon fiber-like textured finish that feels like plastic — the only sore spot in its otherwise ultra premium feel. At launch it will only be available in black, but fingers crossed we get other color options too. Motorola says its employed a special zero gap mechanism that gives this foldable display a level of toughness that will survive the rigors of the real world. 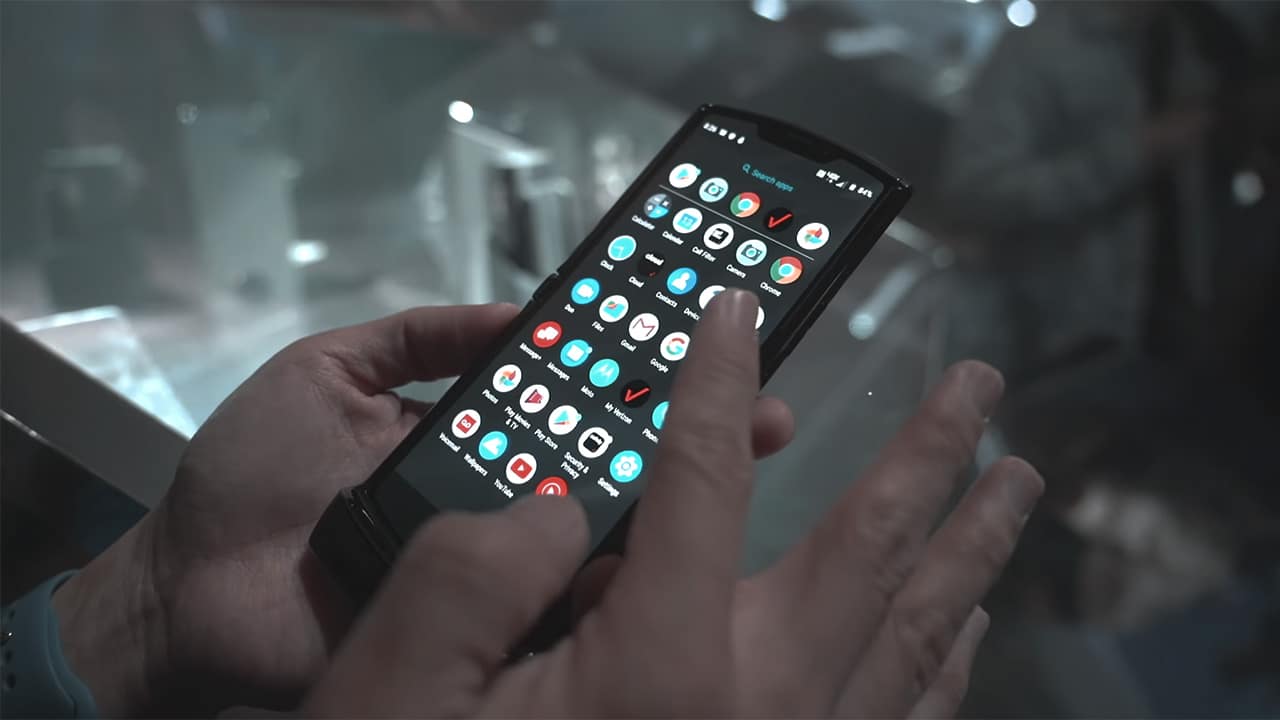 In the hands, the phone feels super sturdy. Even if it’s got a foldable screen it doesn’t feel fragile at all. In fact I think I wouldn’t mind just snapping it open and close without a worry. 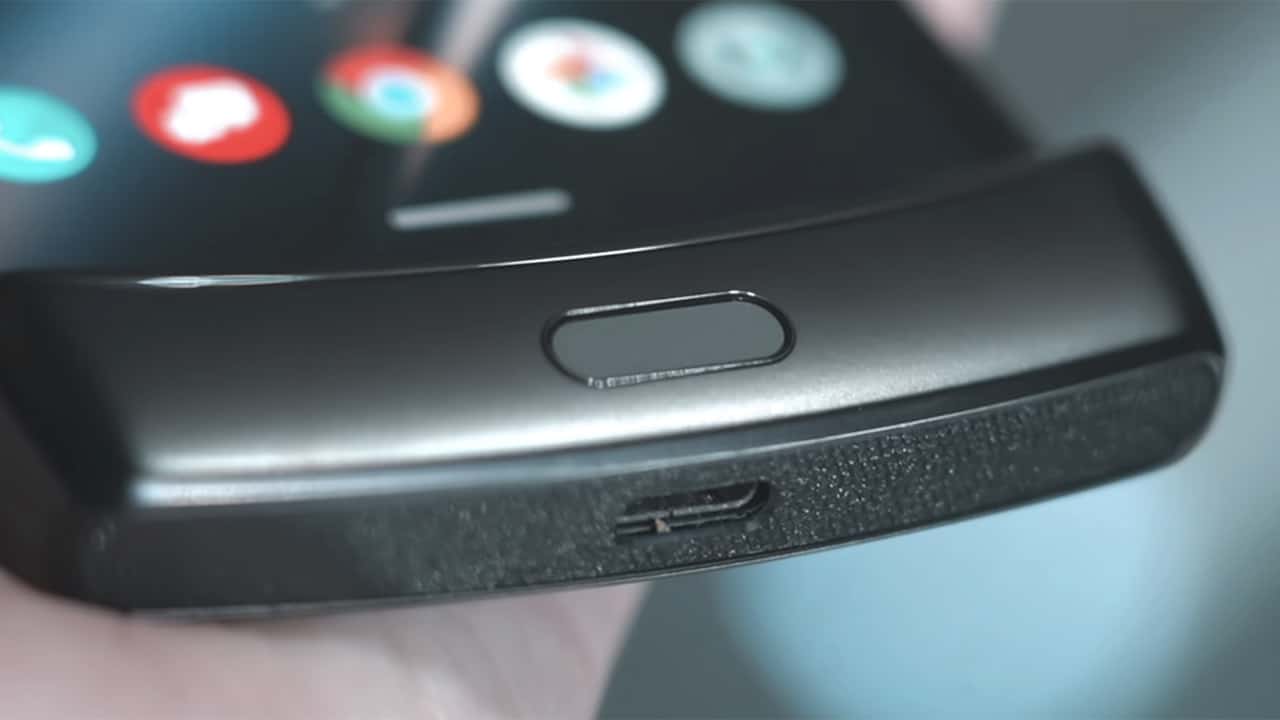 Button and port placements are like this: volume and power on the right hand side. A USB-C port on the bottom chin as well as speaker. The phone has no headphone jack but ships with a pair of USB-C headphones and a USB-C to headphone jack adapter. There’s also no SIM card slot instead as it only supports e-SIMs. It’s also water and dust and resistant.

From the star studded guest list at tonight’s launch event, it’s pretty clear that Motorola is targeting the hip, fashion forward market, and not the pro techie crowd. If you look at its spec sheet, this is meant to be a midrange smartphone — with Qualcomm’s Snapdragon 710 processor, 6GB of RAM, and a measly a 2510mAh battery, albeit with a bundled 15W Turbo Charger. But specs isn’t really what the new razr is about. 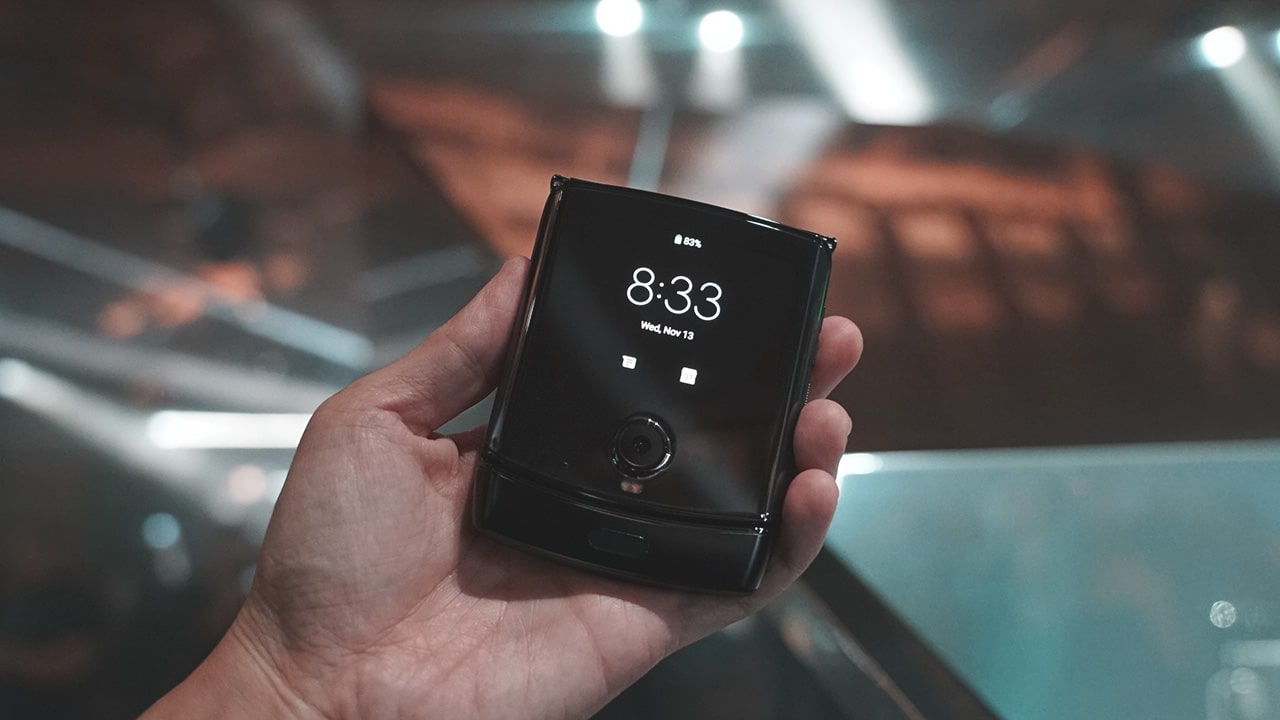 In the US the Motorola razr will be available exclusively on Verizon, and pre-orders start December 26th. It will hit stores beginning January 9, 2020. It will also be available in select markets across Asia, Europe, Latin America, and Australia.

The pricetag? US$ 1,499 USD. Is that too much to pay for a futuristic phone in the body of nostalgia? Let us know in the comments below.

SEE ALSO: The Motorola razr is now a foldable smartphone