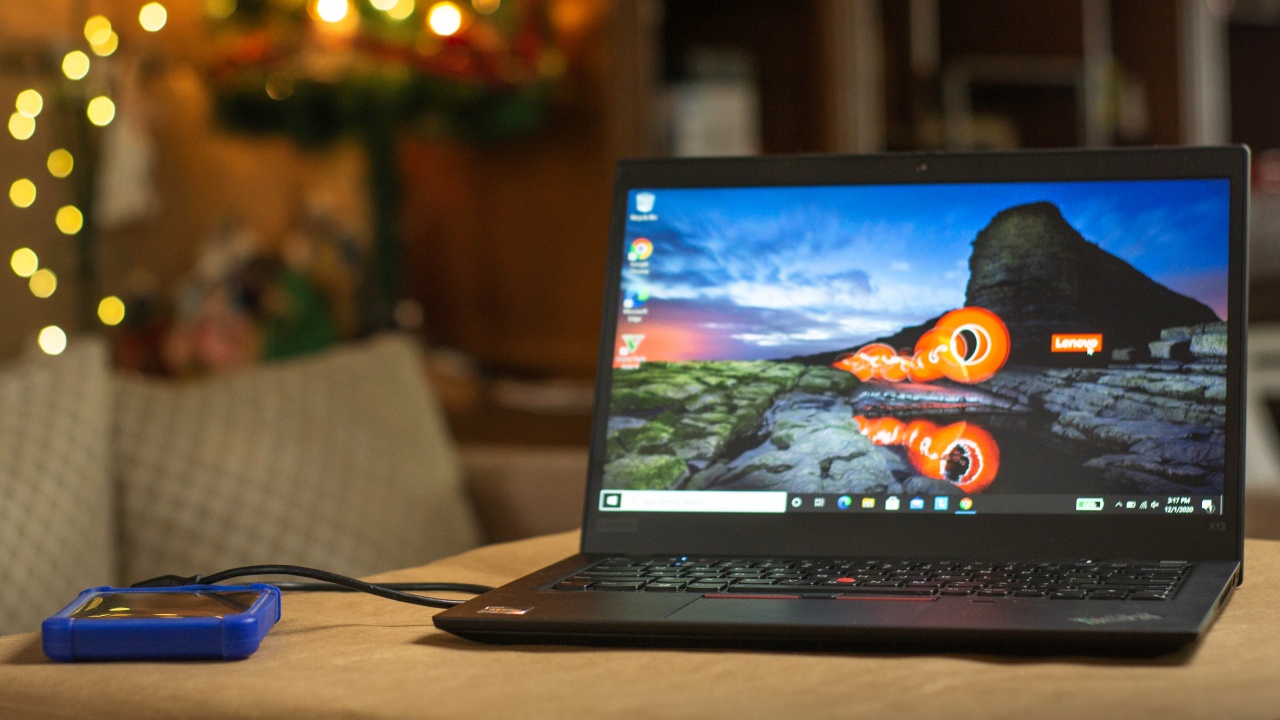 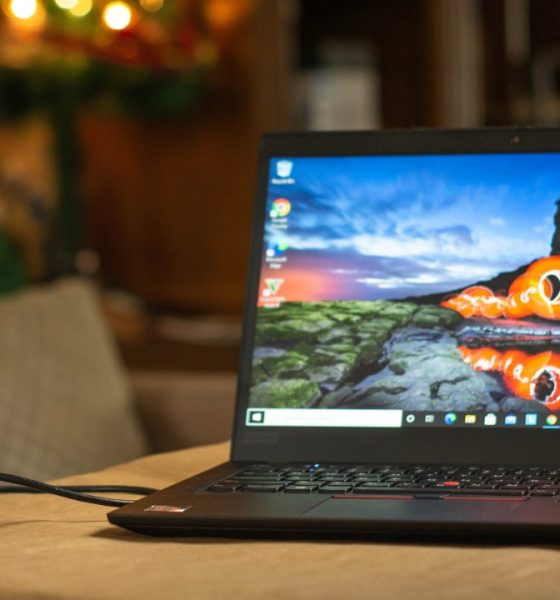 Restarting our lives these past months have gotten most of us looking back on how we began our journey into our professional lives.

As I reminisce fond memories of being a rookie in the professional world, I remember the first time I sat alongside clients from big organizations. I was brought back to those times I was nervously listening to discussions with fancy jargon, taking down notes, glancing on spreadsheets displayed on their ThinkPads, then I remembered.

ThinkPads have always been there, and for good reason — reliability.

Lenovo truly has the formula to create the perfect balanced laptop. With the Lenovo ThinkPad X13, Lenovo took their game up to the next level. 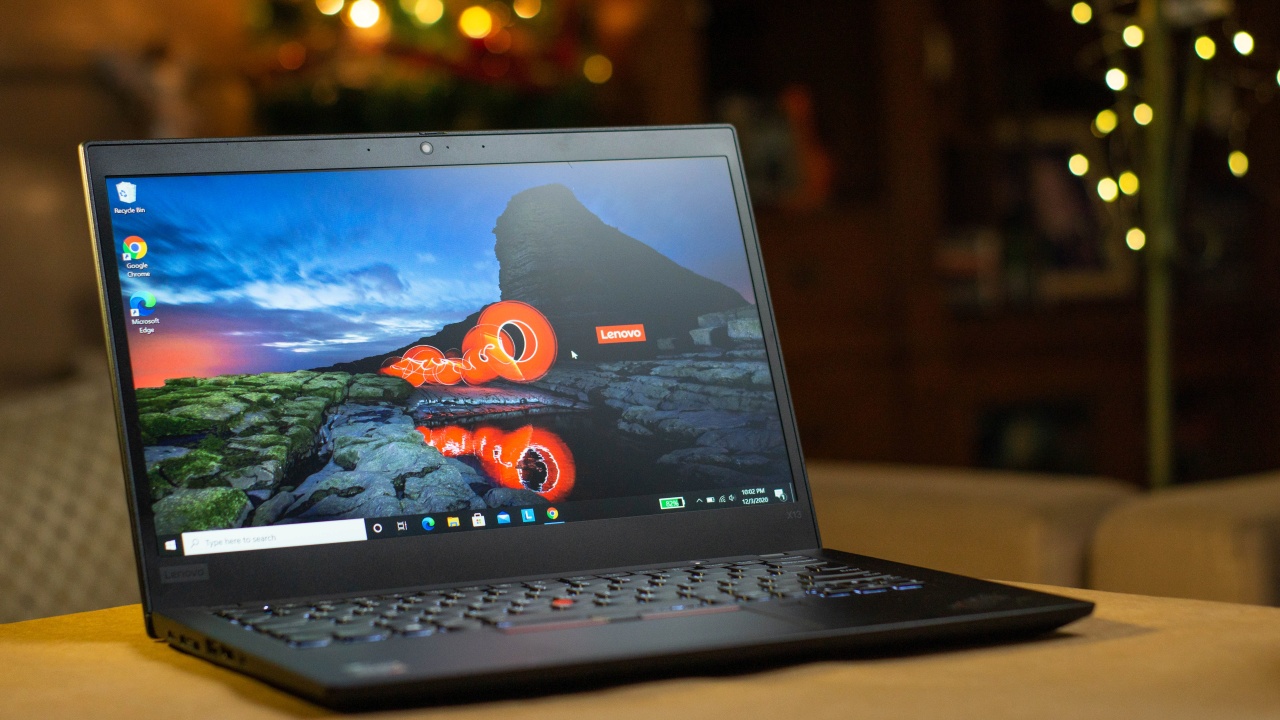 Never out of style for business

Lenovo’s ThinkPad line has always been reminiscent of its predecessors’ design. The ThinkPad X13 maintains the sleek and professional build of the previous generations of ThinkPads in a compact form factor.

A 13-inch body at just 2.84 pounds, the X13 is an easy everyday carry. Slide it in your bag and you’ll even barely notice it’s there.

“It looks like an office laptop,” is the comment I got from my sister who saw the ThinkPad X13. Yes, to some, its aesthetic may be somewhat lackluster with its magnesium-aluminum black chassis. It’s not going to make heads turn, but surely it’s one which subtly says you mean business. 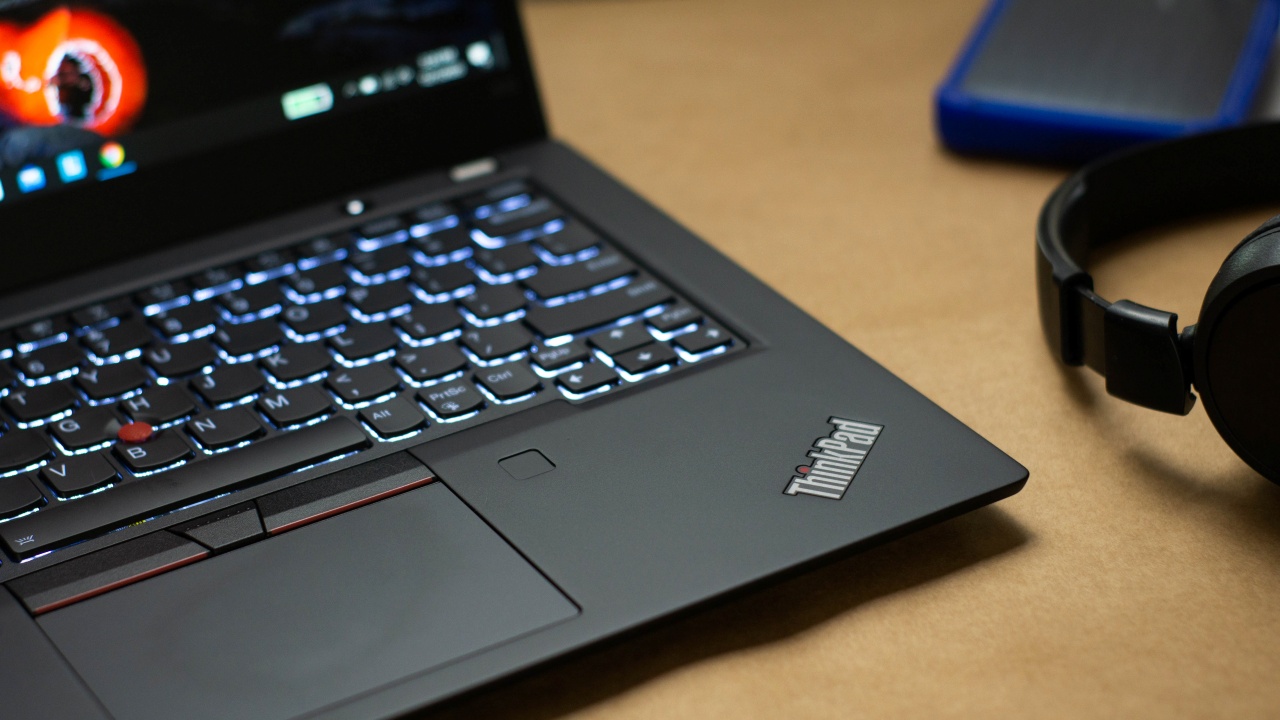 Power when you need it

This particular model is powered by an AMD Ryzen 5 PRO 4650U along with 8GB DDR4 RAM, 240GB PCIE SSD Storage. This isn’t yet the most powerful configuration you could get for this model. Regardless, I was eager to test its performance on heavier tasks as the AMD Ryzen 5 PRO 4650U CPU is a 6-core CPU with 12 logical threads that comes packed with an impressive integrated graphics processor.

Testing out some video editing, the X13 was able to render my three-minute HD video quite fast leaving it very slightly behind my desktop PC. The 12 threads of the 4650U definitely carries the weight of this task and though playback did have some stutter. I guess that is to be expected with this 8GB DDR4 variant. A reason you may want to consider getting the 16GB or higher for the ram as an option upon purchase since memory upgrade isn’t available on the X13. 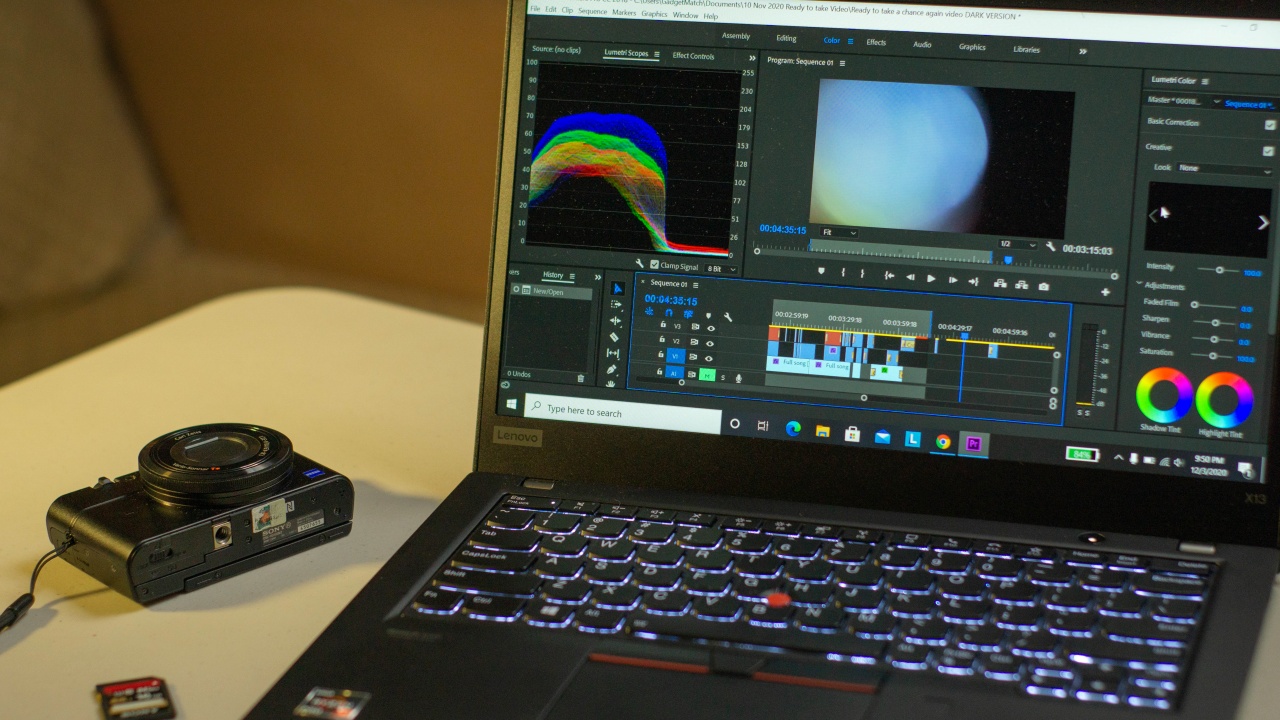 While video editing on a laptop isn’t something that I’d prefer to do, it is a function I’d appreciate to have when caught in a situation that I’d need it.

As for everyday office work, the X13 will breeze through it as it definitely has more than enough horsepower to let you tackle the daily grind.

As for gaming, I powered up Grand Theft Auto V on the ThinkPad X13 because, why not? Work hard, play hard, right?

The X13 performed quite well with just the integrated graphics of the Ryzen 5 PRO 4650U. Most graphical settings were placed on high and the unit kept the temperature and fan noise at manageable levels. I’d say just warm enough to let you know that something a bit more power intensive is running. 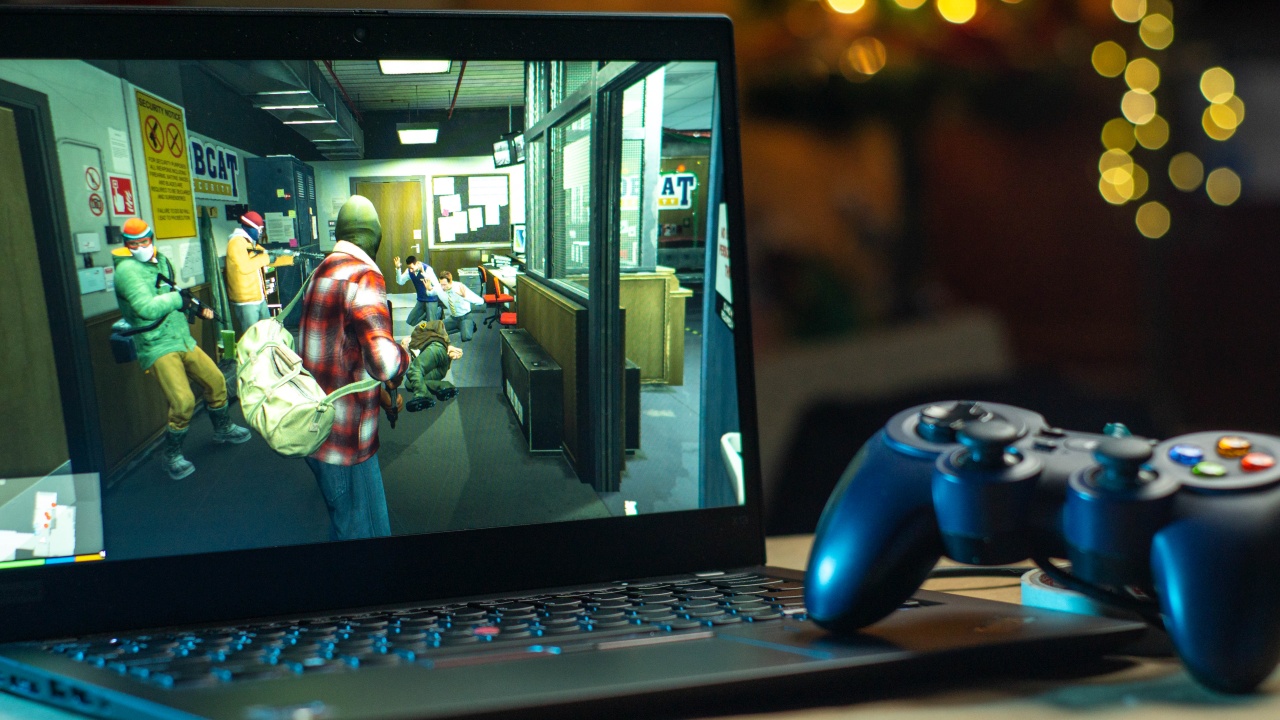 Speaking of power, the internal battery was able to reach an uptime of 10 hours and 20 minutes before the battery saver mode kicked in at 20%. Decent enough that it could probably get by a whole casual work day on a single charge.

My deciding factor when choosing a laptop boils down mostly on its display and overall user experience. The ThinkPad X13’s 13.3-inch 1080p IPS display is a matte anti-glare panel. At first didn’t mean much to me but after a few hours working on it, the display panel exhibited where it certainly excels at.

Word documents felt paper white, something I’d associate closely with the feel of using a Kindle device. It is very forgiving to my eyes that it didn’t cause me the usual eye strain experienced on most other monitors.

For creatives, this isn’t what I would say the end-all ideal display for photo and video editing as it felt a bit dim for my taste but being an IPS panel, you can expect accurate color reproduction. The display also didn’t show significant color shifting on various viewing angles. The choice to have 1440p would have been a welcome option but I guess at 13 inches, 1080p is sufficient. 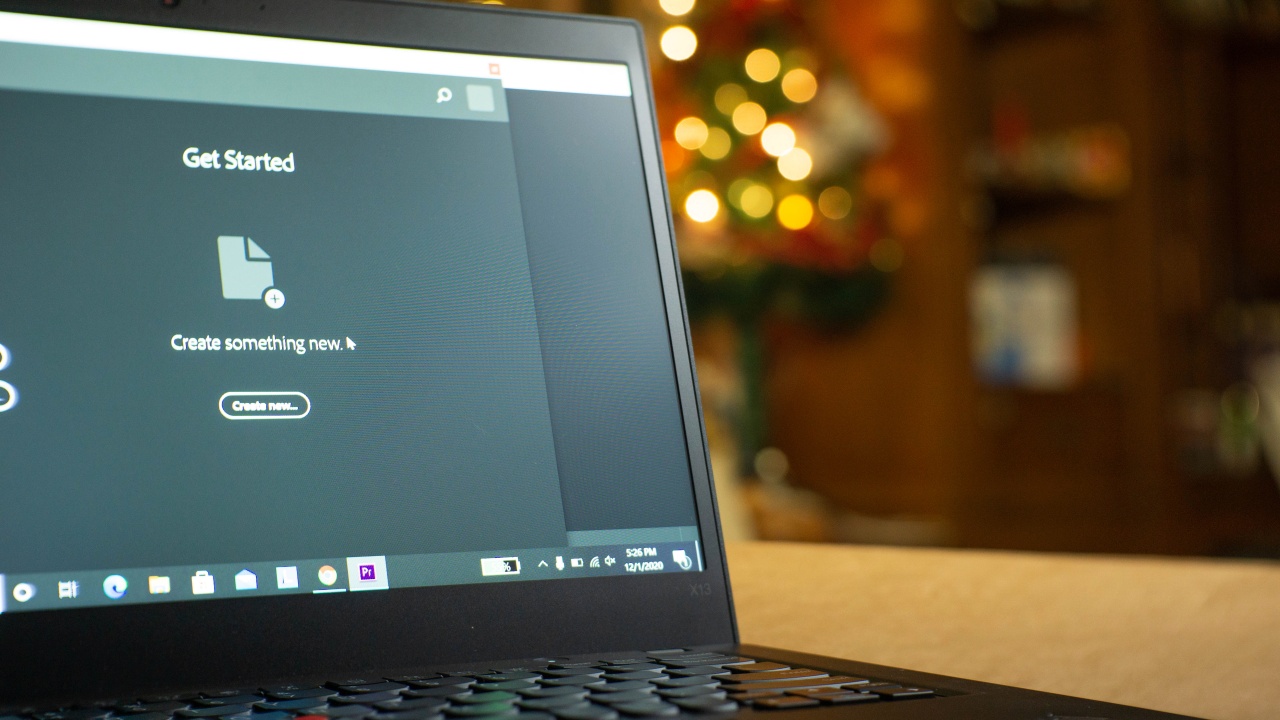 Above the display is the front facing camera which has decent enough quality for video conferencing. A unique feature though, is that the camera has its own physical switch to activate for use and also to block its view to prevent unauthorized access when not in use. A nifty feature which I think all laptop cameras should come equipped with. 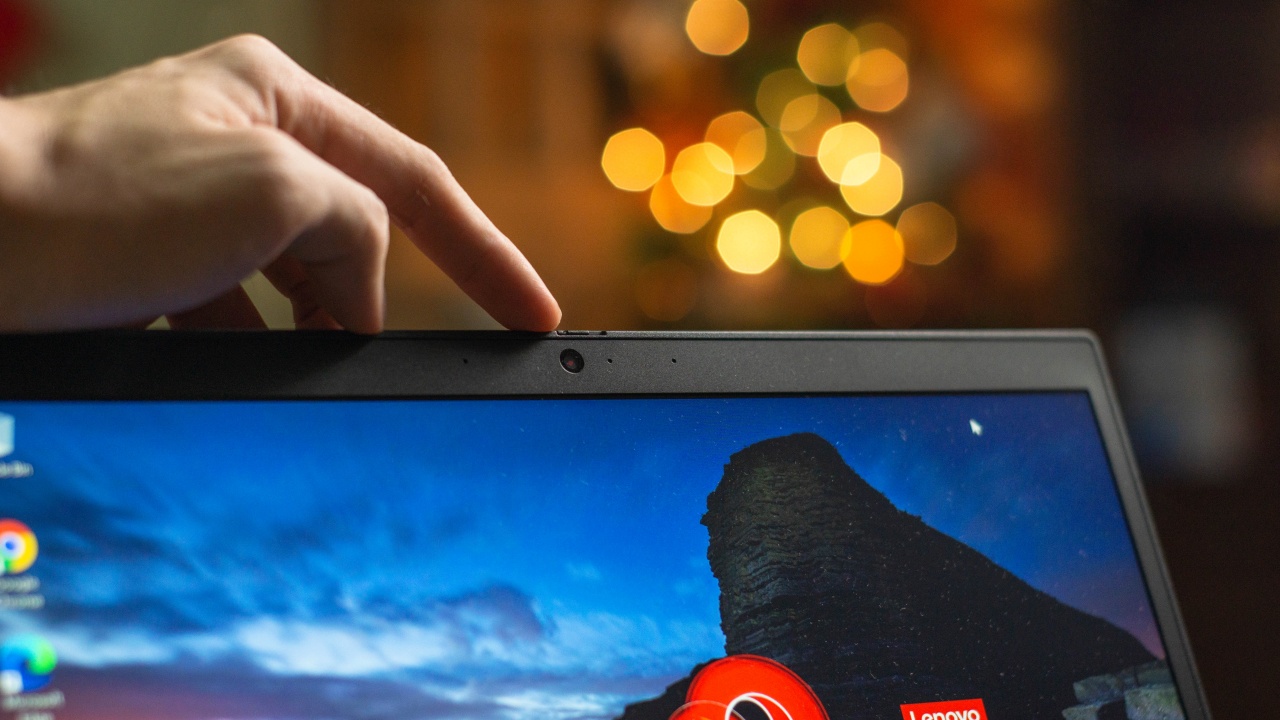 Going into this review, I didn’t think I’d have to mention the sound that comes out of this device. As most laptops, you’d expect that this would have speakers for the sake of hearing whatever it is that’s playing on it. But with the X13, the sound was relatively good. 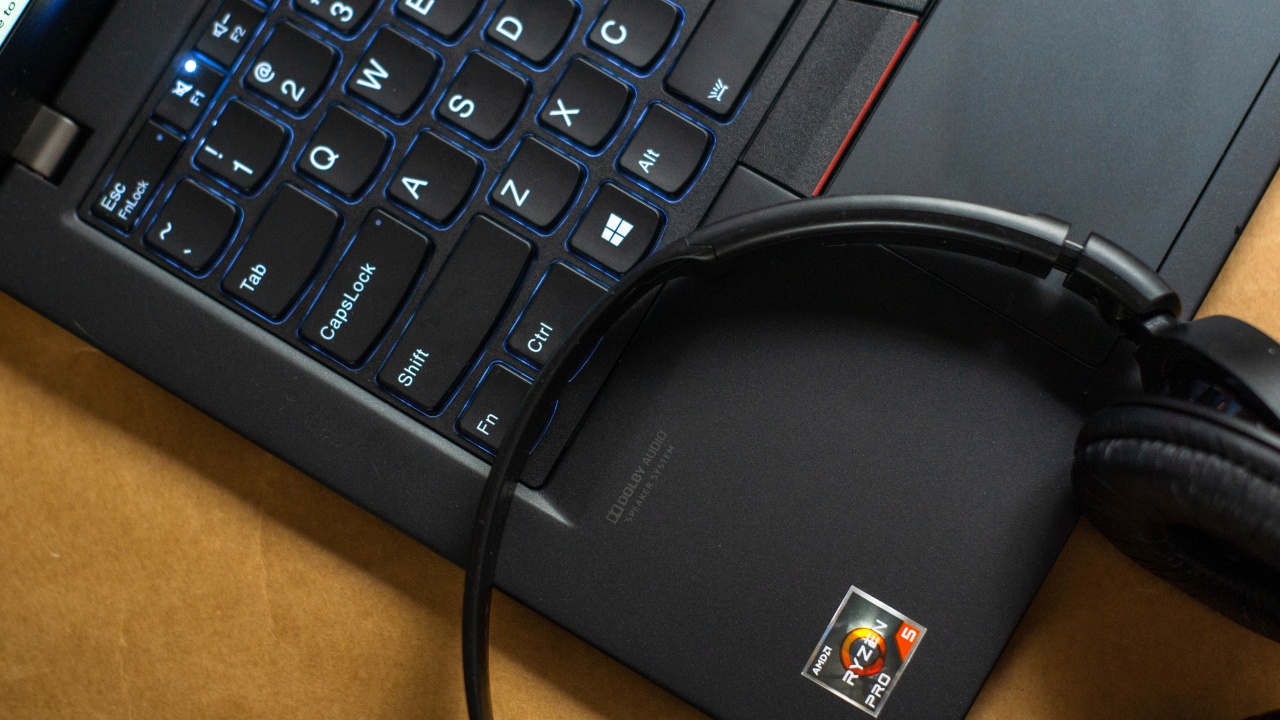 Though not something that would blow you away, the sound coming from this device was full and richer that it doesn’t sound like it was coming from a tiny source and is very acceptable for a laptop. I guess there’s a reason why Lenovo had a Dolby Audio logo printed on the right hand portion of the palm rest.

Coming from a person who’s used multiple ThinkPads as daily drivers in the past, I’ve always been a big fan of their keyboard. The ThinkPad X13’s keyboard is no different.

Smaller than a full sized laptop keyboard, the X13’s certainly feels big. Keys are evenly spaced and every key press provides adequate feedback. The FN key being placed on the lower left portion of the keyboard rather than the CTRL key, however, did take some getting used to. I believe there’s a setting which allows users to flip the keys according to preference. That said, it would have been better if the keys were in traditional order out of the box. A minor criticism but nothing that really discounts how good this keyboard is. 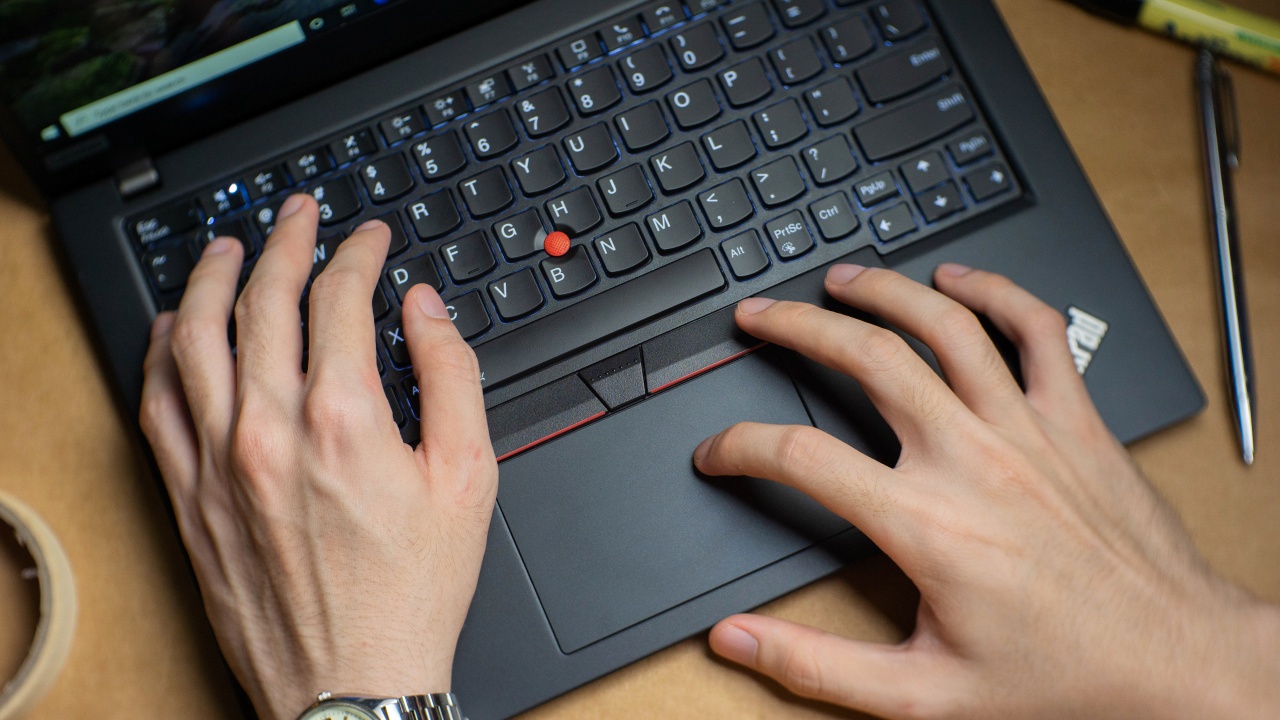 The X13’s keyboard truly kept up to its predecessors’ reputation, really one of the most satisfying typing experiences you can get on a laptop especially for this size.

Is the Lenovo ThinkPad X13 your GadgetMatch?

People who prefer to have stylish looking gadgets might not have ThinkPads at the top of their minds when choosing a laptop. But if you’re someone who values functionality over aesthetics, the ThinkPad X13 definitely delivers. 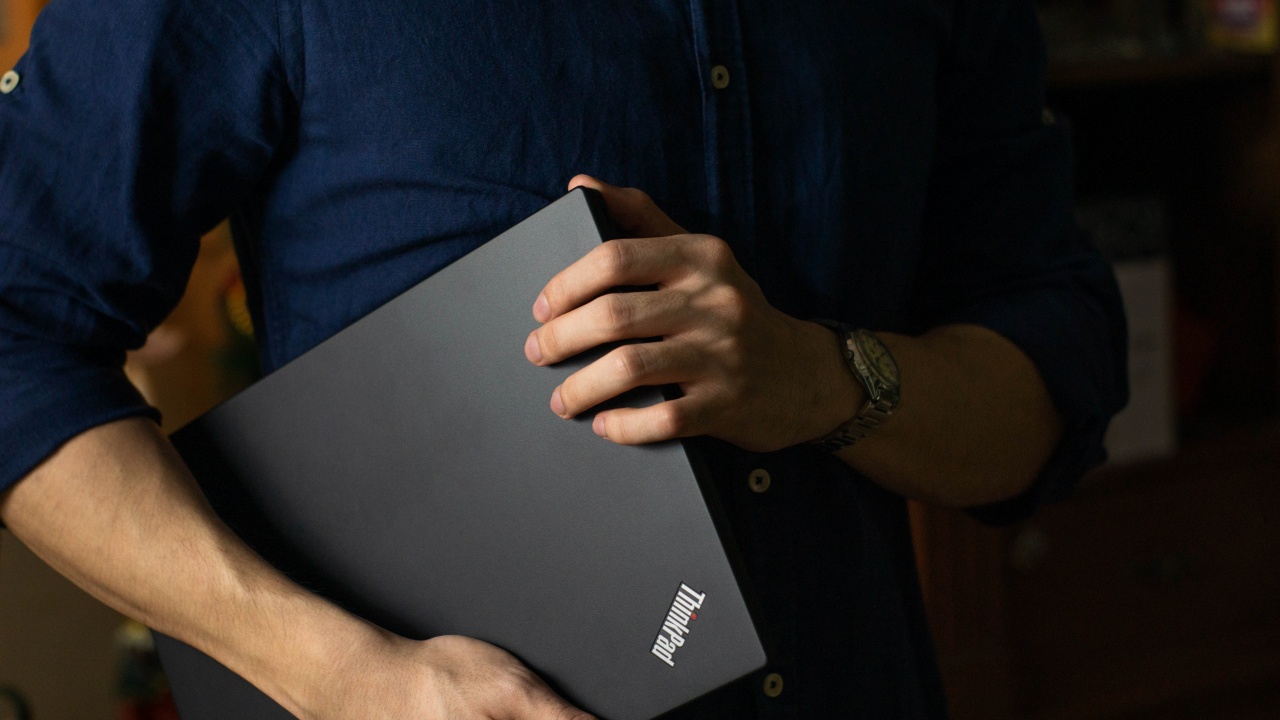 That’s not to say that the X13 isn’t an attractive device. Show up to meetings with this on the table and you’re set to make an impression. A serious one at that.

Its robust construction, great display, exceptional keyboard and a small body that comes packed with some serious firepower. It covers everything you could possibly want and need to do on a laptop. From office work, photo and video editing, and even gaming, the Lenovo ThinkPad X13 is a solid all-arounder and is reliable enough to get the job done.

The Lenovo ThinkPad X13 is available at a starting price of PhP 54,669. 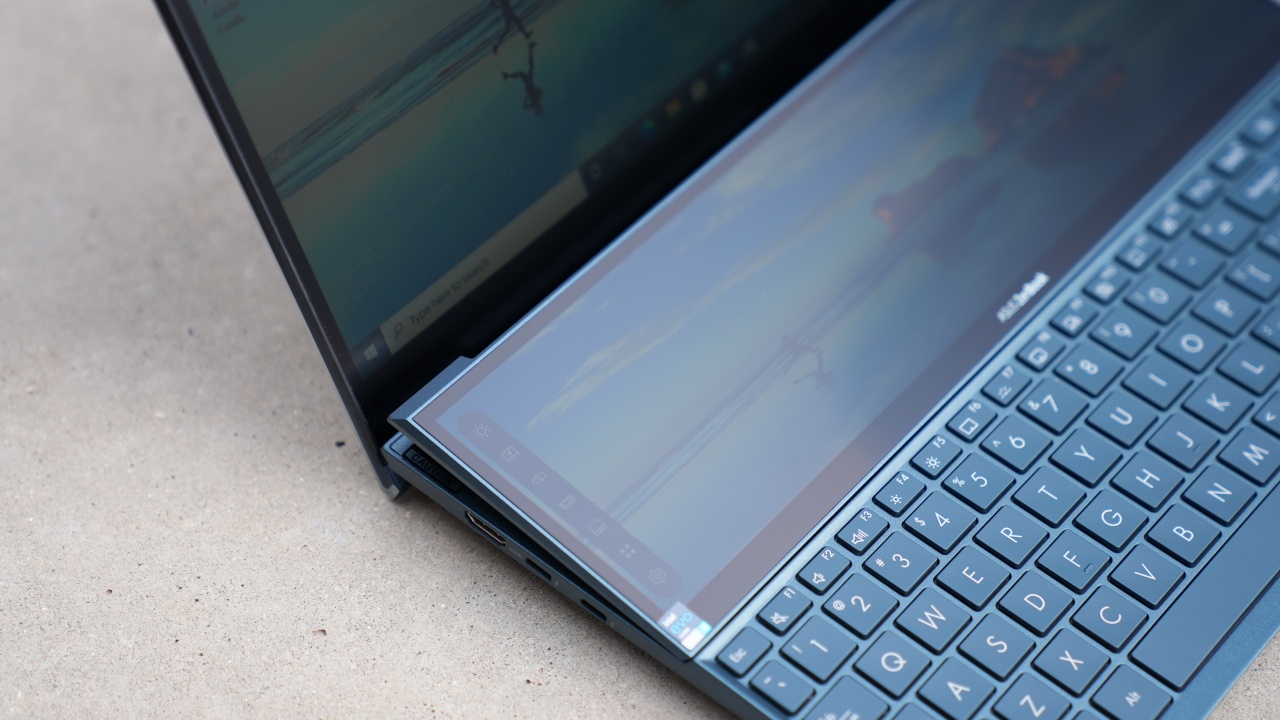 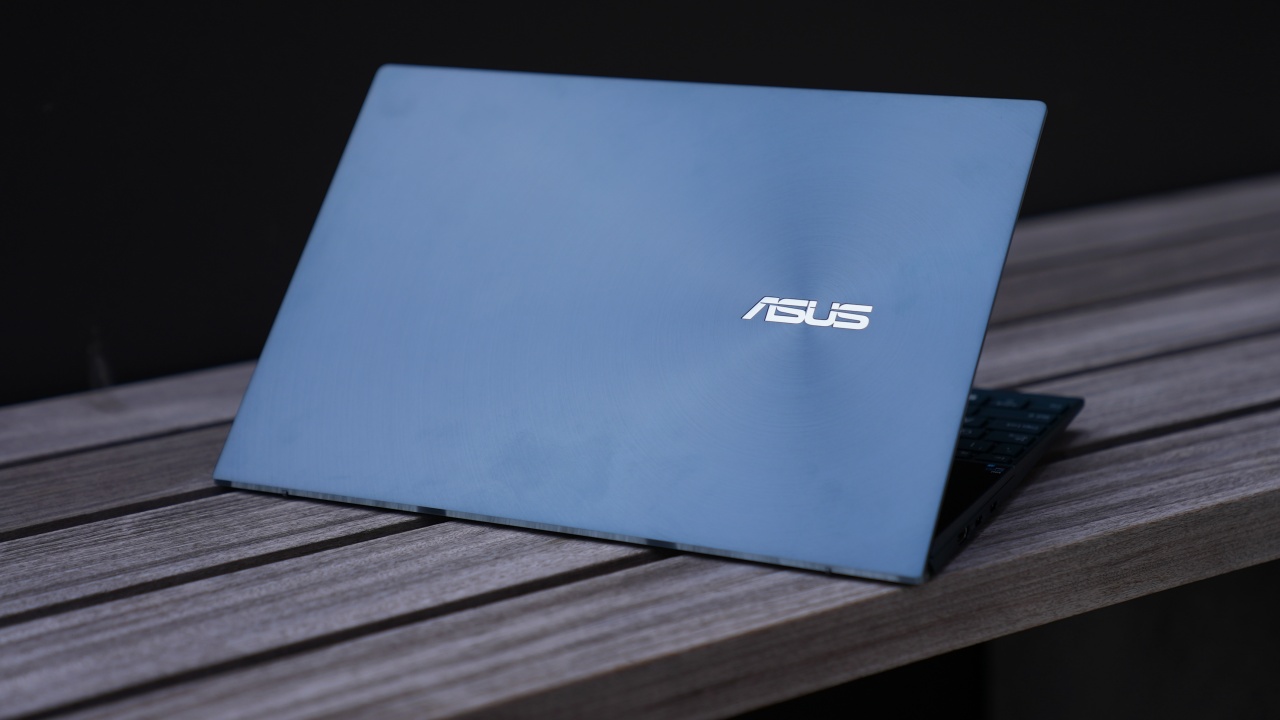