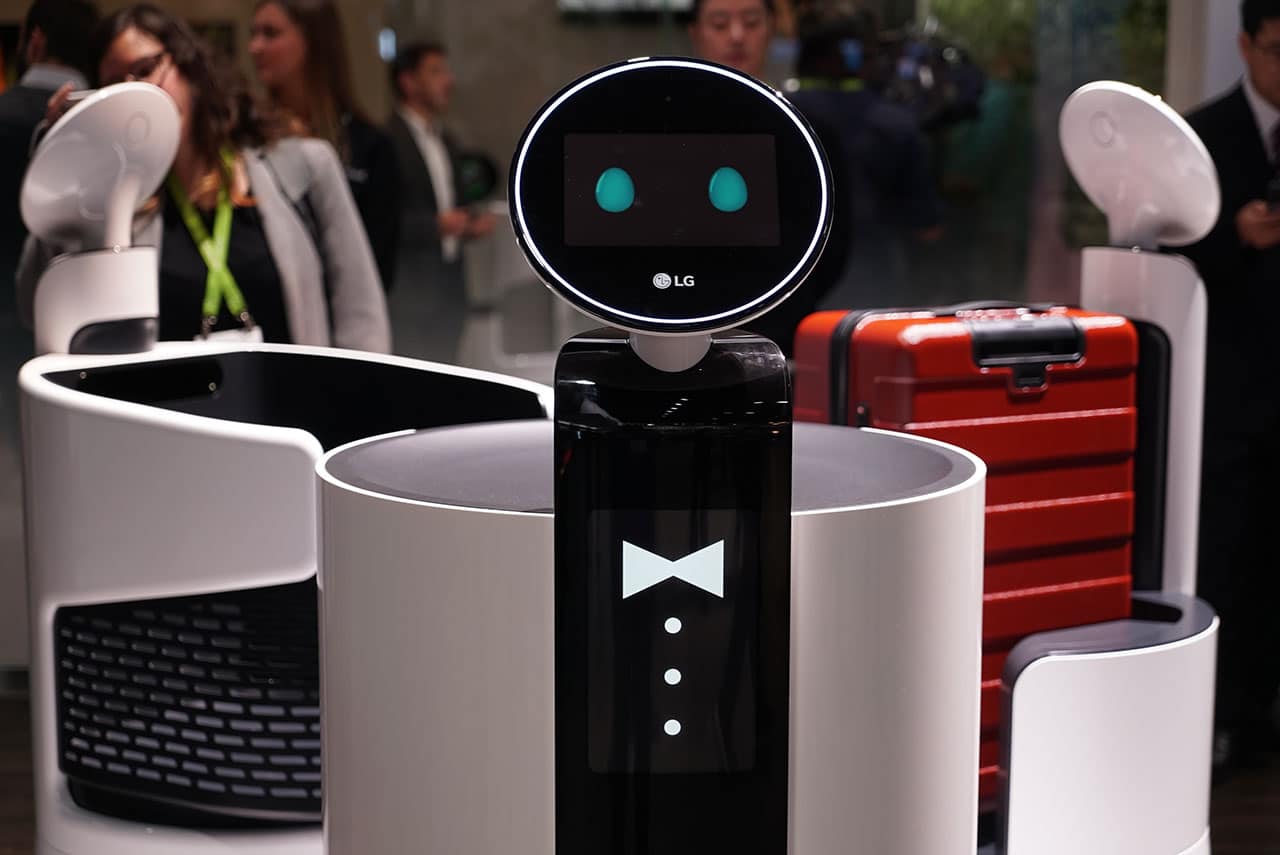 The robots are coming! After a glittering debut at last year’s CES, LG is expanding its robot lineup with three new bots at this year’s convention. 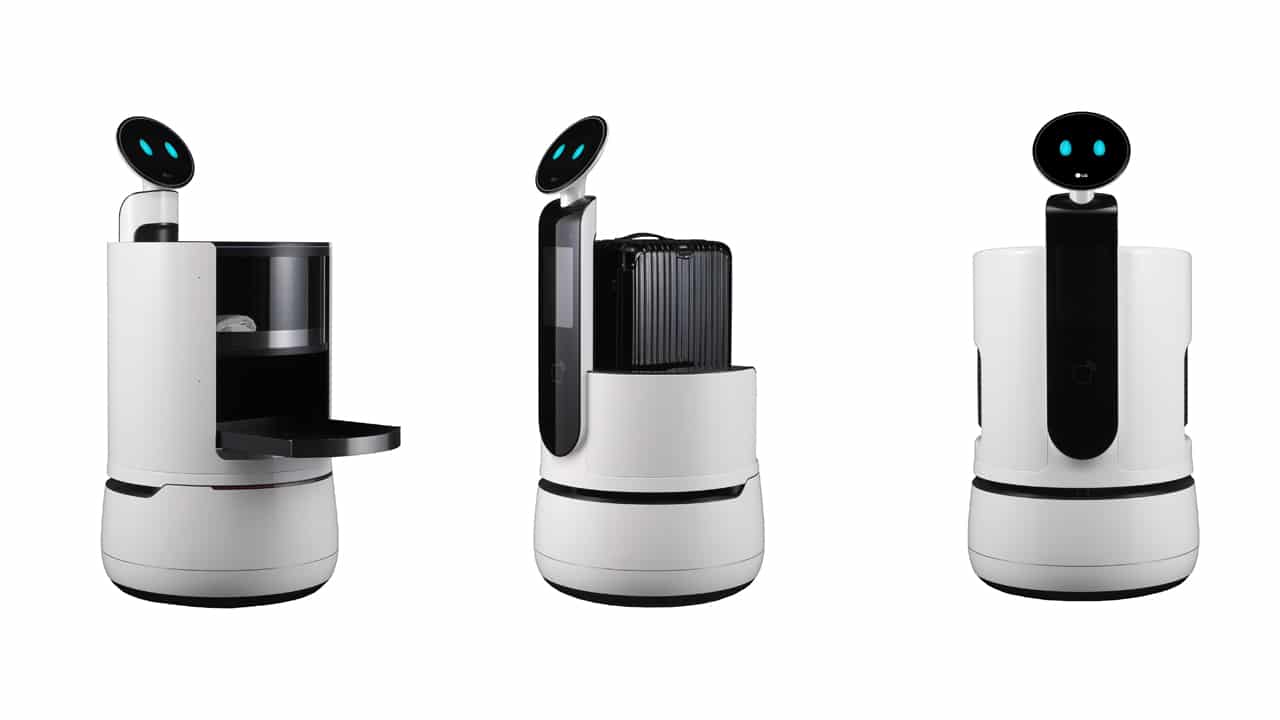 Meanwhile, the Serving Robot makes its way to hotels and airport lounges. The robot’s purpose is to serve food and refreshments to guests and customers. It carries a built-in sliding tray for easy removal during and after serving.

The Porter Robot cuts through waiting times usually incurred during a hotel stay. As its namesake, the robot carries luggage for guests to and from their hotel rooms. It can also process check-ins, check-outs, and other payments.

Finally, the Shopping Cart Robot takes on inconvenience at supermarkets. While it isn’t exactly a shopping cart, the robot can scan items with a barcode reader. It can also pull up a customer’s shopping list for easy review. Lost customers can run a smartphone app to use the robot as a guide to products.

In concept, LG’s new robots push the boundaries of robot technology. In practice, however, the CLOi’s debut at CES suffered from stage fright. On the stage, CLOi ignored commands from the presenter, responding only with blinks. Only time will tell if these hiccups bump CLOi’s real-world debut down a notch.