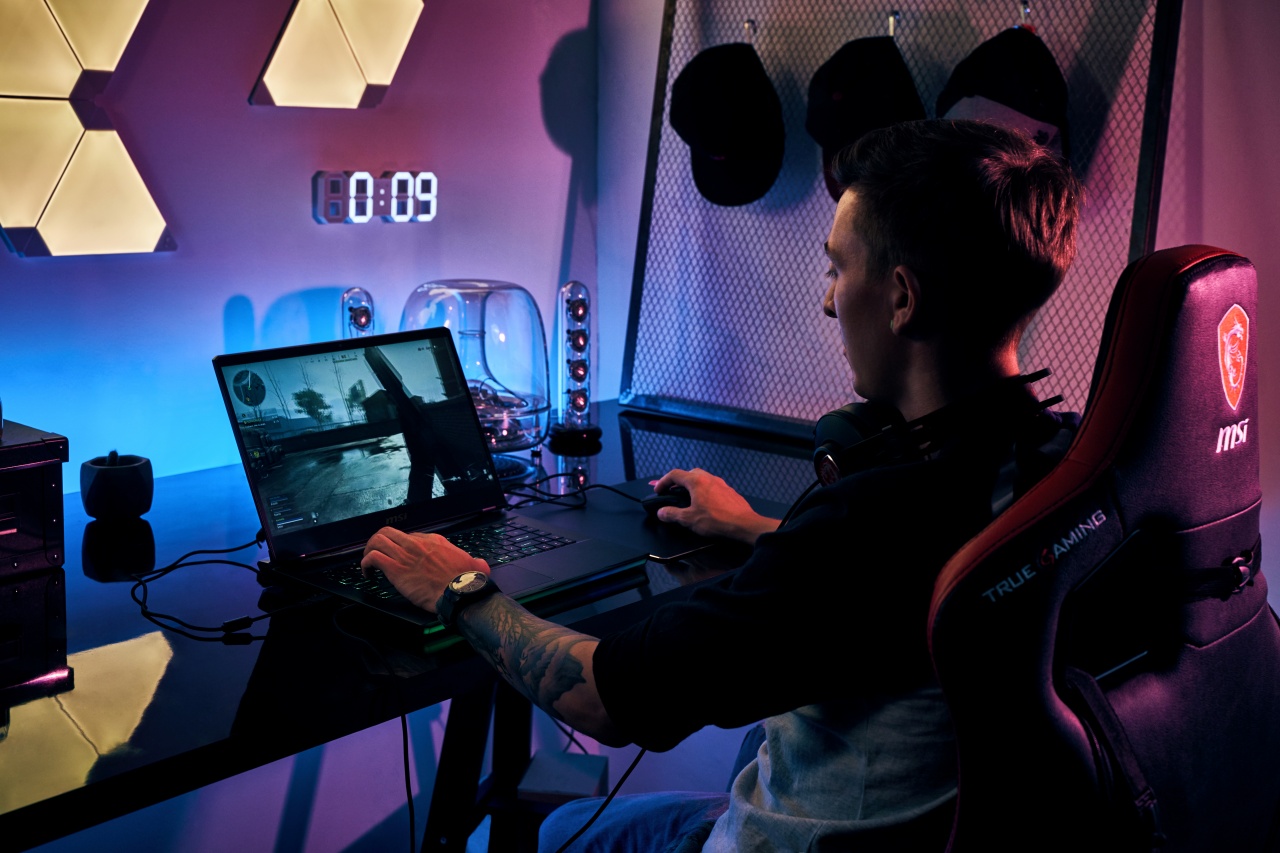 MSI is doubling down on PC gaming as it introduces its new lineup for early 2021. The entire lineup will have the GeForce RTX 30 Series along with the latest chips from Intel, Wi-Fi6, and some good ol’ AI. 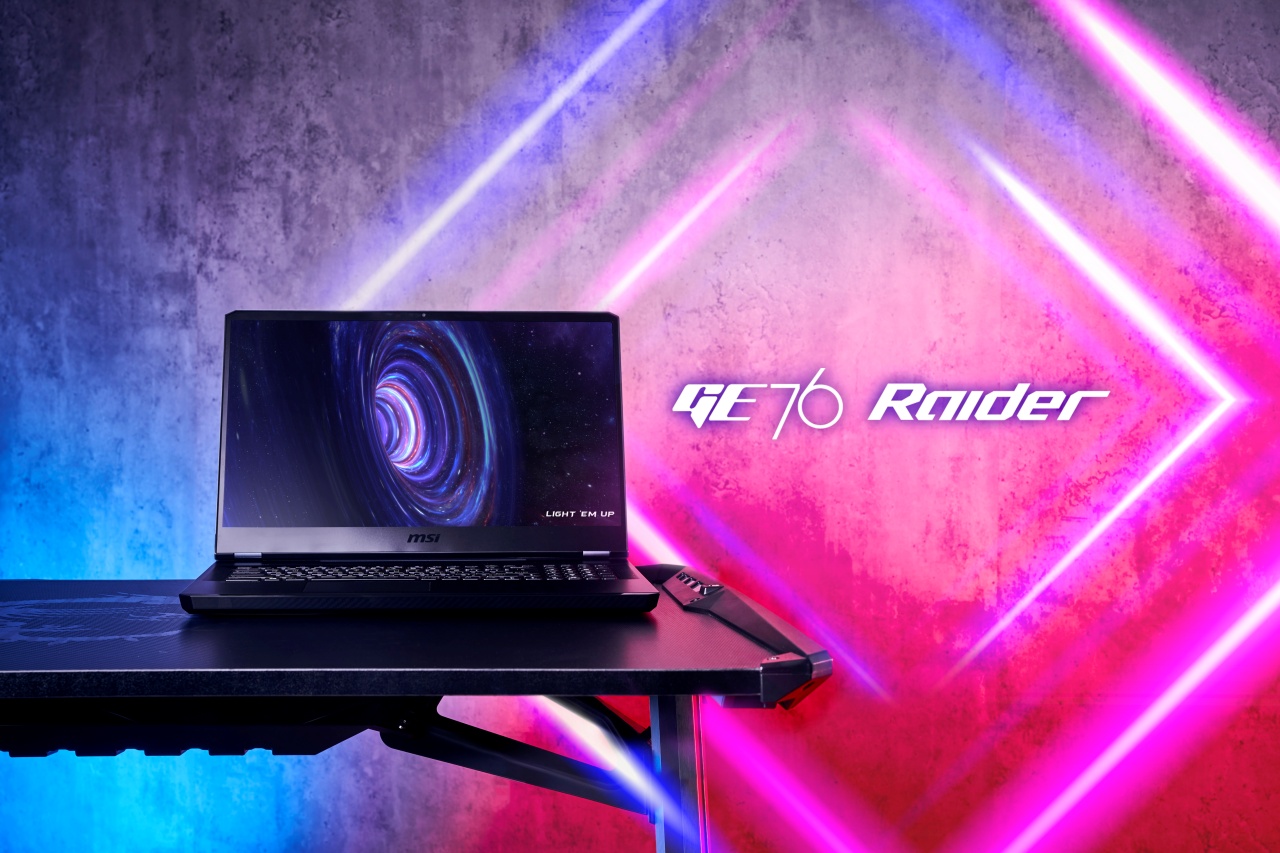 MSI presents the GE76 Raider, a 17-inch addition to the legendary series. The GE lineup not only has a flashy design with Mystic Light and RGB gaming keyboard, it also has the best performance you can obtain from a gaming laptop. It is equipped with the latest NVIDIA GeForce RTX 3080 graphics and Intel  Core i7 Processors. To assure gamers of non-stop gaming, the GE series are also outfitted with MSI Cooler Boost 5, consisting of 6 heat pipes with 2 fans, driving more airflow to quickly cool the laptop down.

With the GE Raider series, users can masterfully handle all triple-A games.

MSI GS Stealth series: A thin-light laptop for worker by day and gamer by night 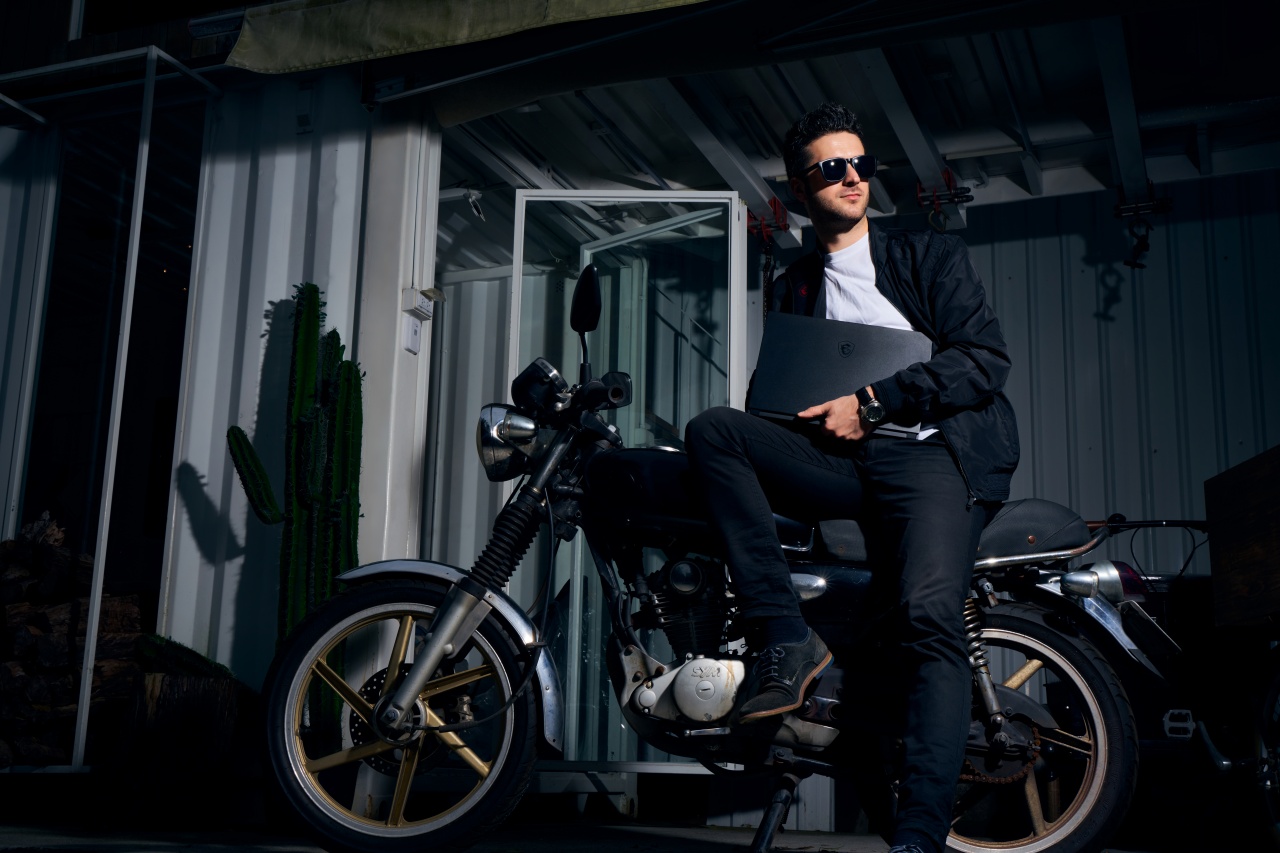 With its unique low-profile design, the MSI GS66 Stealth, which weighs 2.1kg, is the perfect camouflage for business professionals who want to conceal their inner gamer. Its “Sharper in Core black” premium design has won design awards, including the IF Design Award and a Red Dot winner of 2020.

Outfitted with the latest GeForce RTX 30 series, the graphic’s DLSS AI rendering technology enables gamers to play at a stunning 4K resolution, ray tracing and a boost over 60 FPS for the most realistic gaming vibes. GS66 also reveals the true computing powered by Intel Core i7 latest processor for better performance. 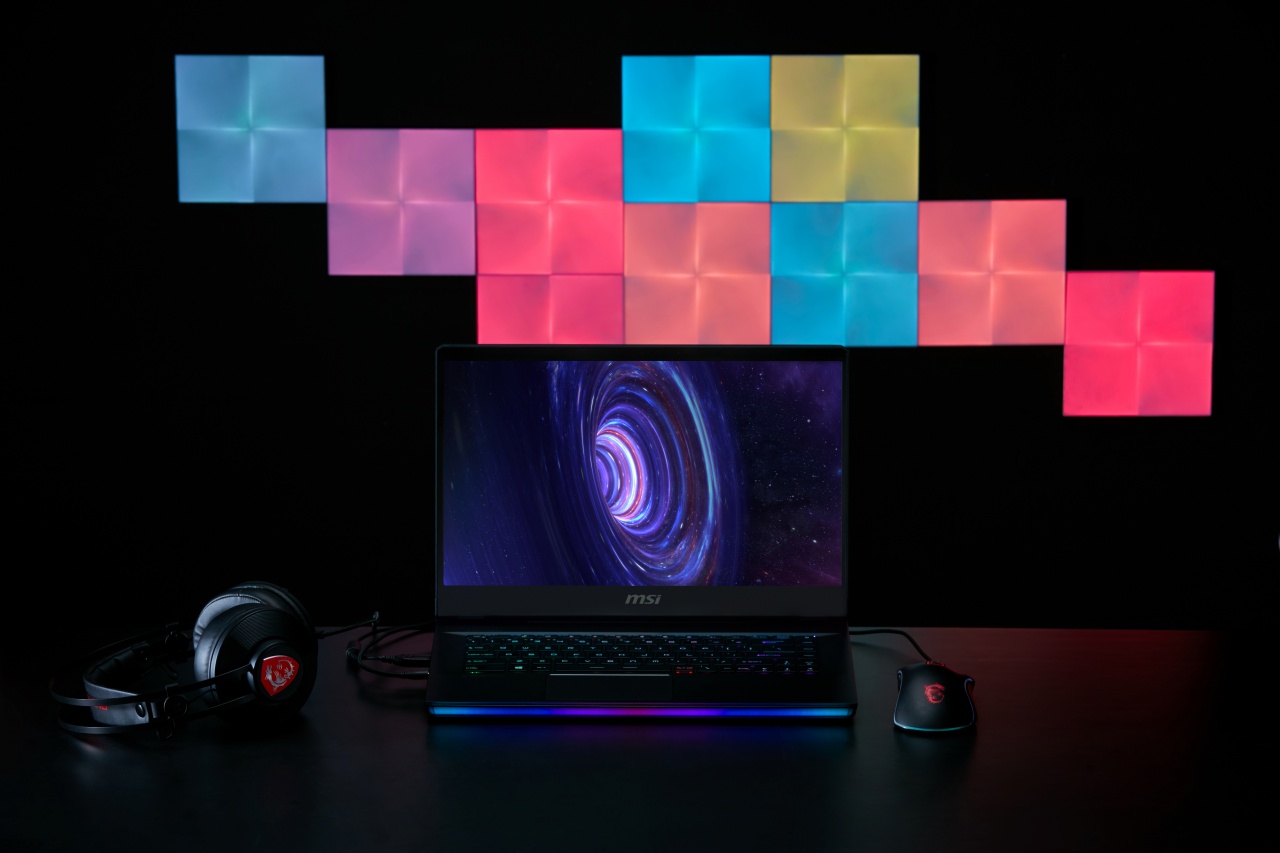 Built for everyday work and application-heavy requirements of jobs like engineers, architects, and creatives, MSI introduces the all-new GP66 & GP76 Leopard. Its new chassis showcases a finesse, mature and futuristic design with stronger than ever performance. It is equipped with up to GeForce RTX 3080 graphics, and the latest Intel Core i7 Processors to reveal the true computing and rendering power.

The newly arranged comprehensive I/O ports support all given data transmissions and display outputs. It also supports up to 8k display for the finest visual details, making it more than capable of complex engineering and design projects.

MSI Stealth 15M: Bringing out the Urban Style of gamers 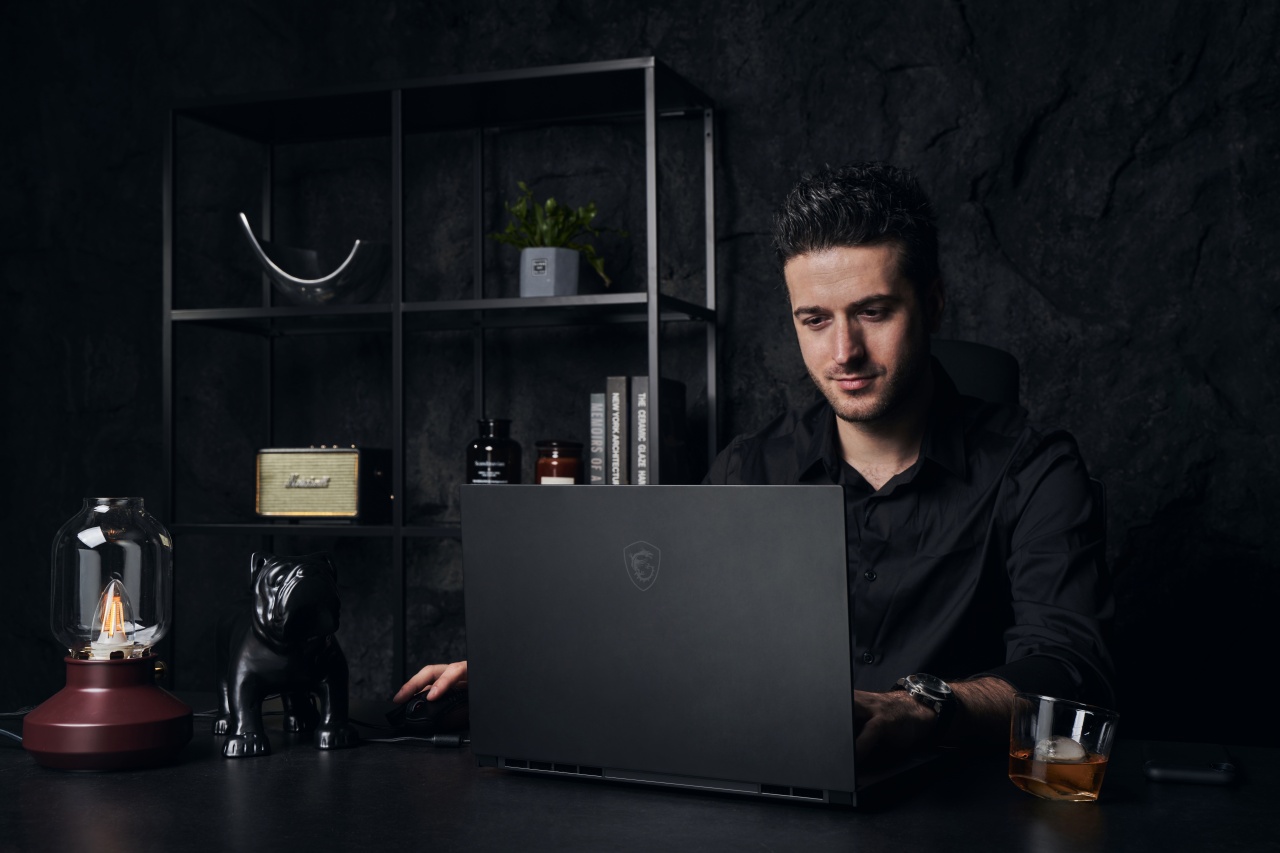 Another highlight among the new MSI laptops, is the thinnest 15-inch gaming laptop in the world. Introducing, Stealth 15M — an ultraportable laptop that is stealthy and inspired by the urban style. Weighing only 1.7kg, and with a thickness of 16.15mm, this sleek machine manages to show off its powerful computational ability. It’s the world’s first gaming laptop powered by 11th Gen Intel H series processors up to 5 GHz with GeForce RTX 30 series graphics. Stealth 15M allows gamers and young professionals to speed through games and daily tasks with efficiency.

MSI continues their commitment as the only true gaming brand with a purpose. With every product they introduce, they raise the bar higher and exceeds beyond expectations in the industry. 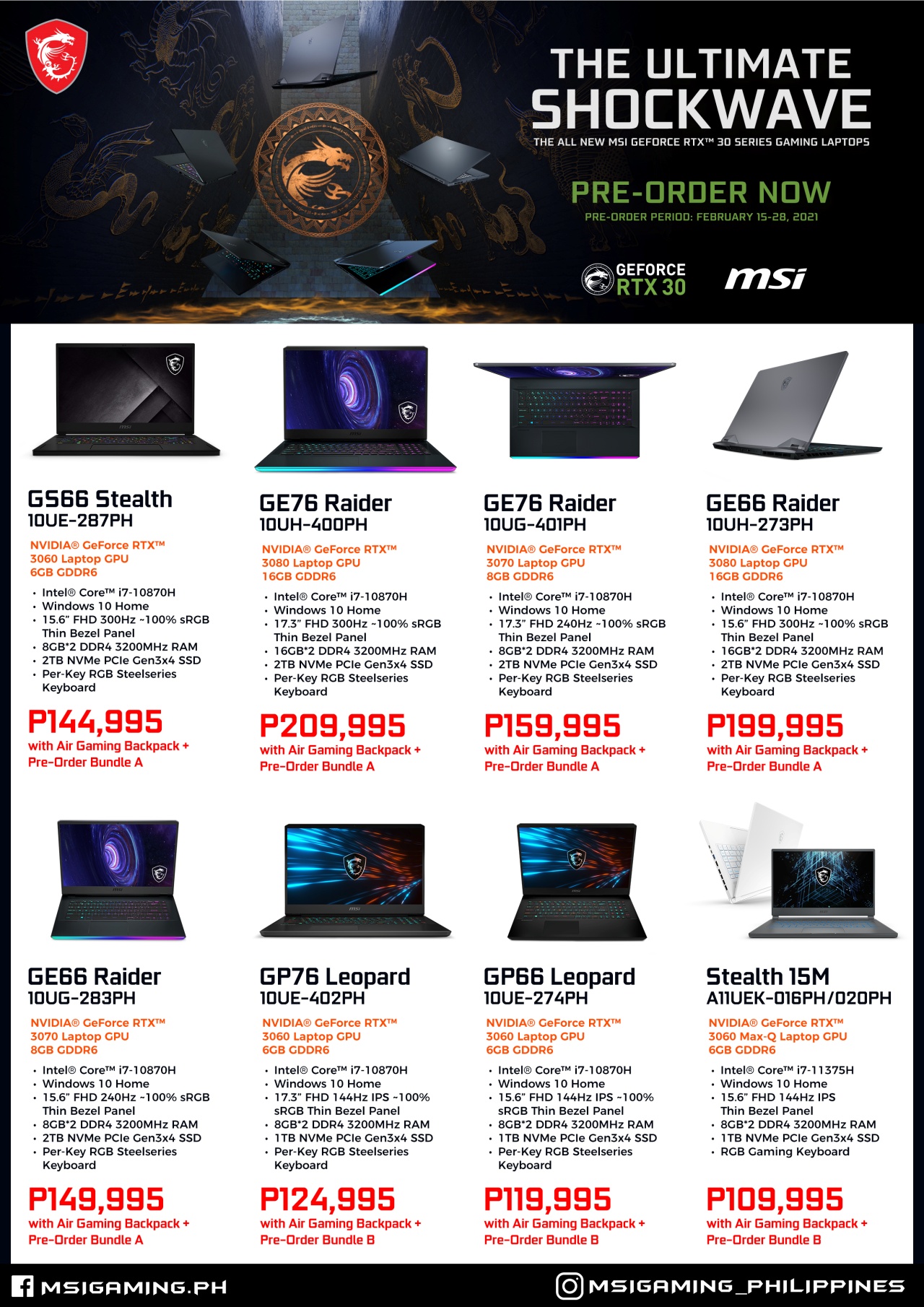 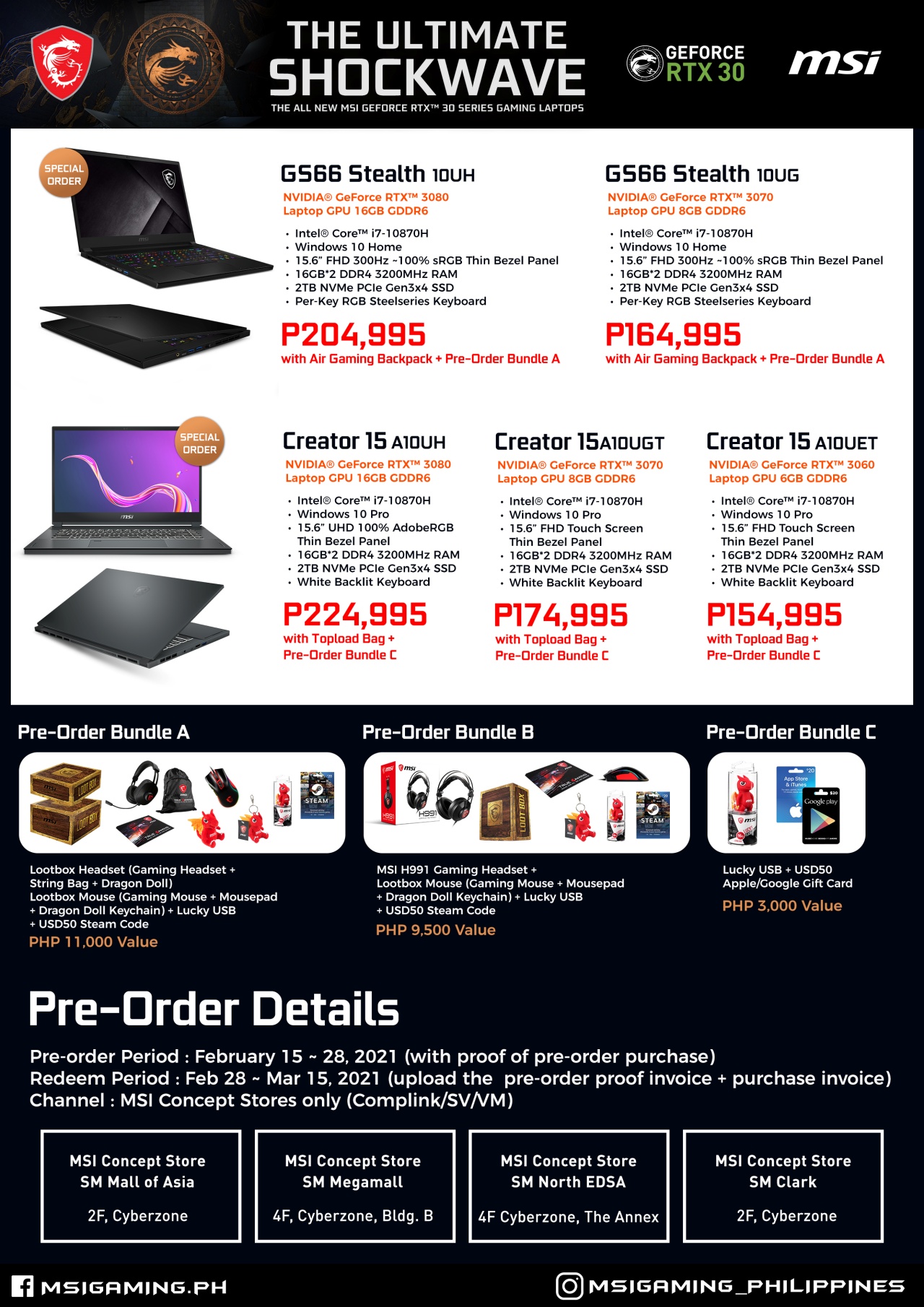