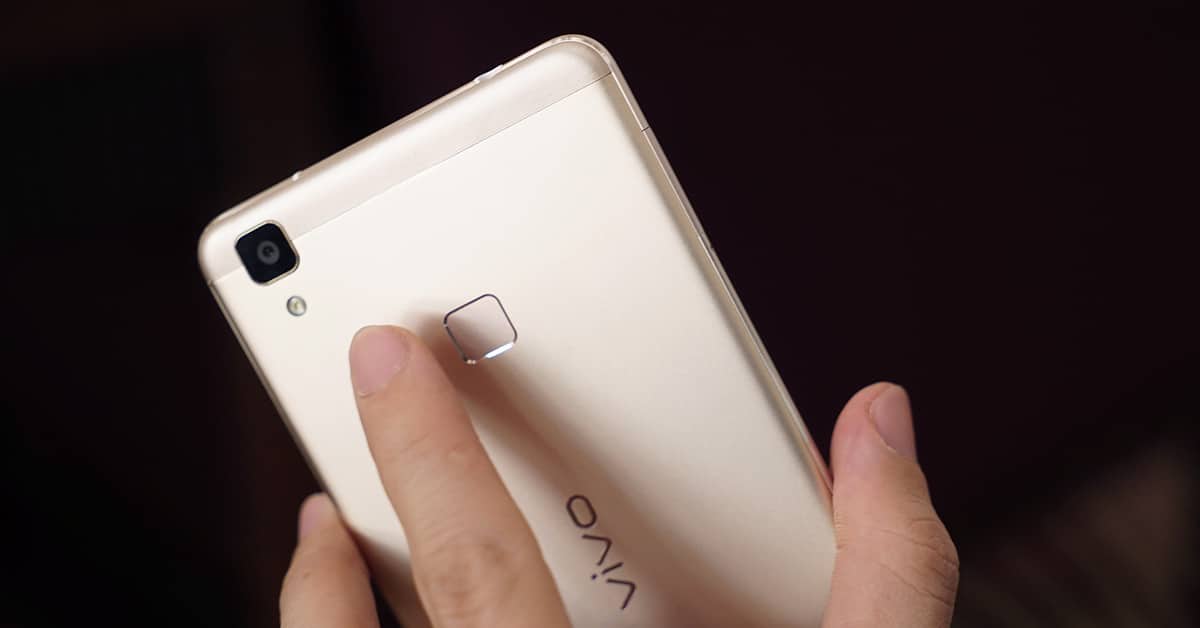 Despite a booming Indian market dripping with potential and promise, China remains the world’s biggest buyer of smartphones. And according to a new study, it has two new vendors that reign at the top of the smartphone pack.

The most recent data from analyst firm Counterpoint Research show that OPPO and Vivo have pulled ahead of the rest of the competition in their native China after recording a sales growth of 0.6 percent and 3 percent, respectively, over the previous quarter.

From July to September of this year, OPPO accounted for 16.6 percent of smartphones sold in the Far East, good enough for the top spot overall. Vivo, meanwhile, ranked a close second with 16.2 percent of market share. Huawei and Xiaomi claimed the third and fourth spots, following a slight dip in the third quarter. Apple came in at number five.

Counterpoint Research noted that OPPO’s R9 midrange smartphone dominated sales in China from July through September, eclipsing the iPhone, while Vivo owed its impressive quarter to the X7 and X7 Plus. The firm also said that:

‘The focus on traditional offline retail and wider distribution network which still constitutes three-fourth of smartphone demand has been key to OPPO and Vivo success.’

None of the devices are particularly compelling from a technical aspect; they’re upper-midrange offerings at best. It’s also worth mentioning that OPPO and Vivo (and OnePlus) are subsidiaries of BBK Electronics, which somewhat explains why some of their devices look so much alike. 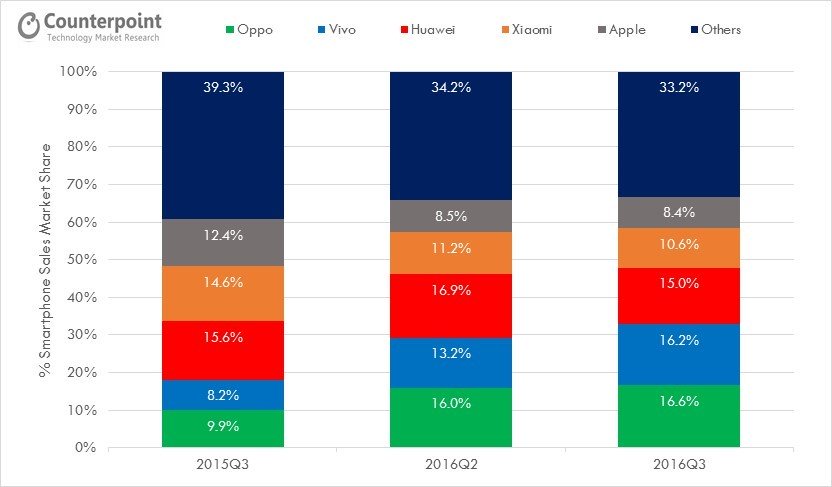 Smartphone shipments in China by OEMs in Q3 2016 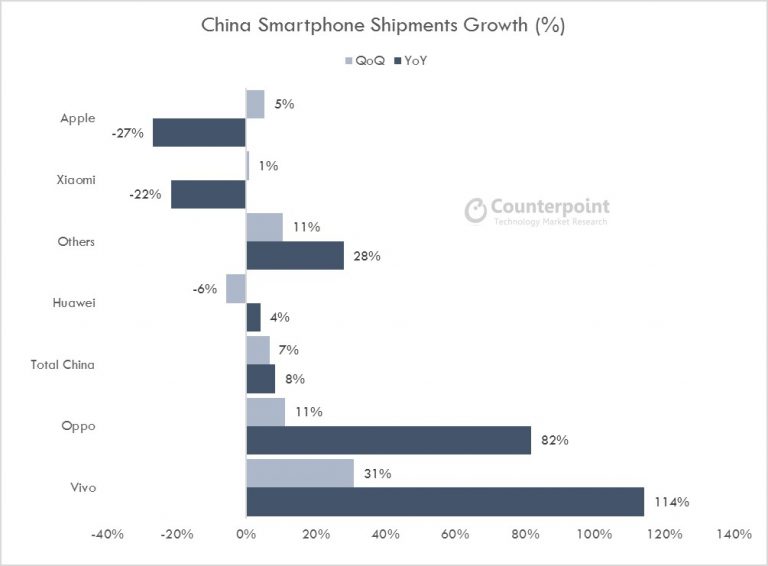 Shipment growth for brands in China

Xiaomi’s sluggish performance in familiar territory has been pinned on its online-centric business model, which has “hit a ceiling.” Still, Xiaomi and Huawei have the rest of the year to regain some lost ground, especially as both brands are slated to launch their respective flagships in China sometime in November or December. We hear the Mi Mix is looking to be a “must have.”