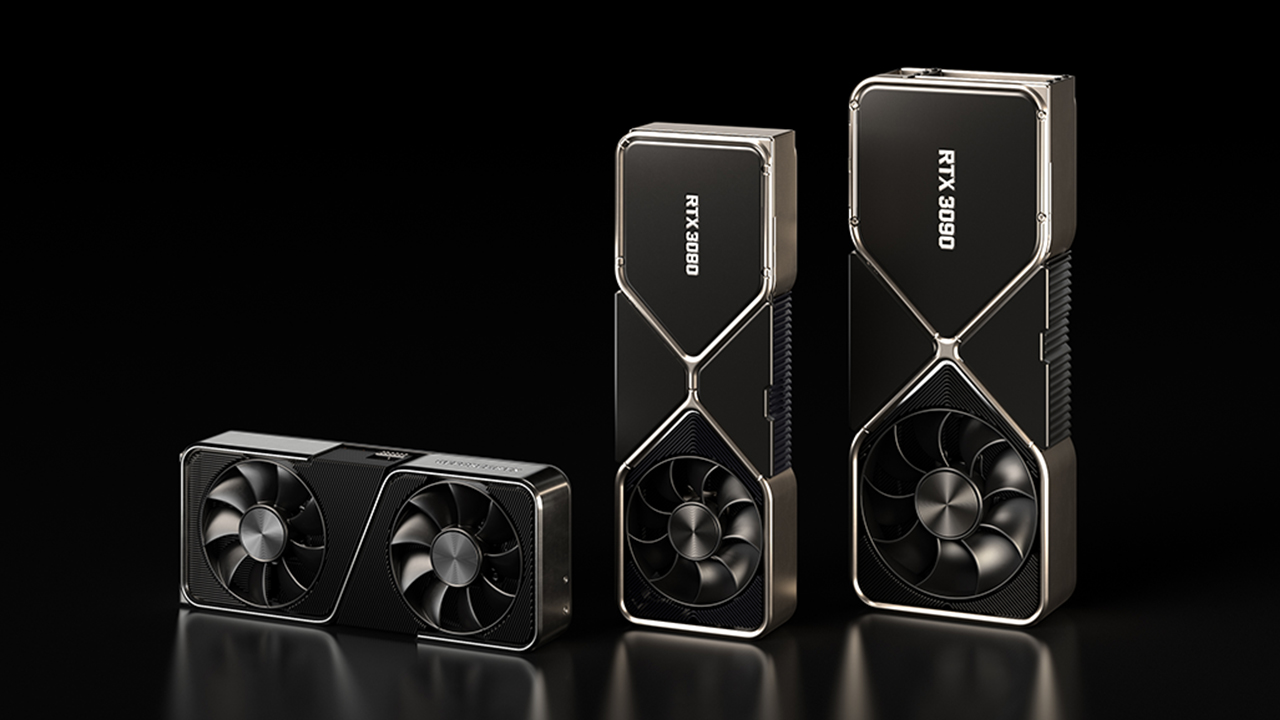 The new era of gaming is dawning on us. With the impending launches of the PlayStation 5 and the Xbox Series X, PC gaming is pushing the envelope even further. Today, NVIDIA has launched the RTX 30 series, including the first GPU to play at 60fps in glorious 8K resolution. According to NVIDIA’s website, the new GeForce RTX 3090, 3080, and 3070 GPUs can perform up to twice as fast as the last generation. Let’s break them down.

Leading the trio, the GeForce RTX 3090 is also known as the BFGPU or the Big Ferocious GPU. Touting up to 50 percent more performance than the industry-leading TITAN RTX, the new GPU is the world’s first driver capable of playing AAA games in 60fps and 8K resolution. Under the hood, the GPU has 24GB of GDDR6x video memory, allowing for smoother performance for both gamers and content creators.

For PC gamers, the midrange GeForce RTX 3080 delivers up to twice as much performance as the previous RTX 2080. Inside, the GPU sports 10GB of GDDR6X video memory. More realistically, the GeForce RTX 3080 plays at 60fps in 4K resolution.

Rounding out the pack, the GeForce RTX 3070 comes with 8GB of GDDR6 video memory, delivering great performance for 4K and 1440p resolutions. It performs up to 60 percent faster than the previous RTX 2070.

Because of its titanic performance, the GeForce RTX 3090 retails for US$ 1,499. It will ship starting September 24.