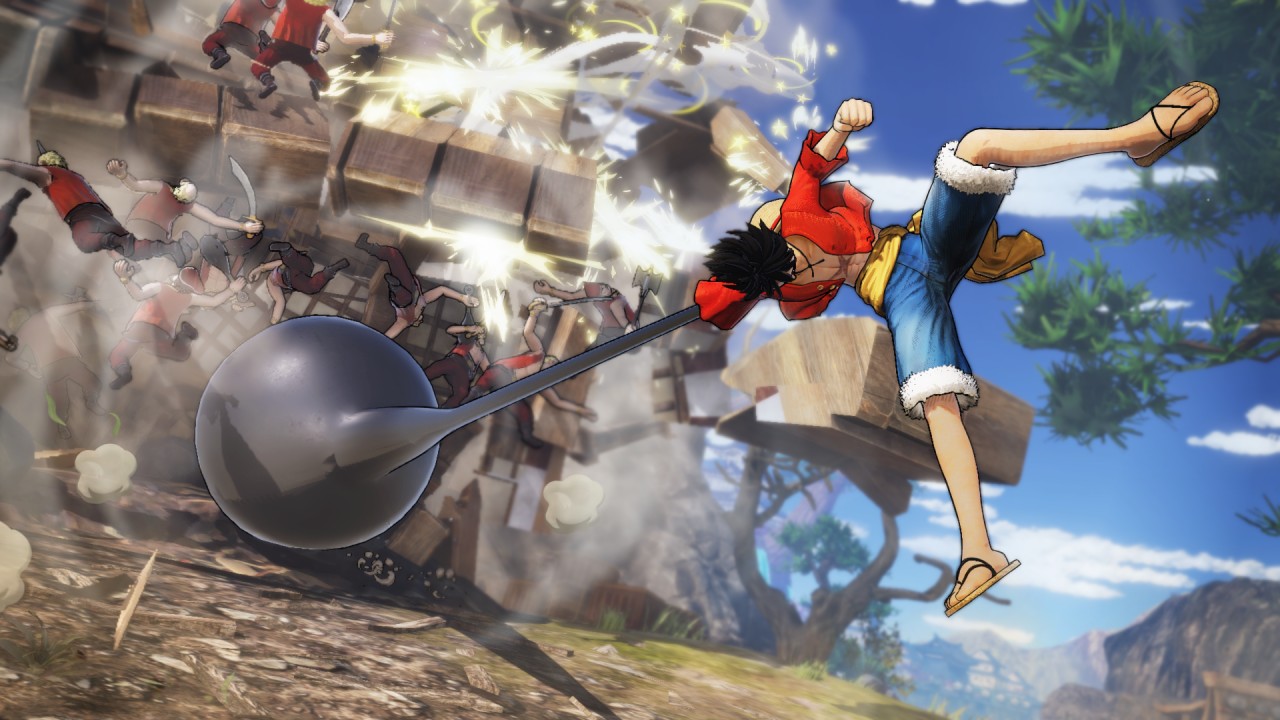 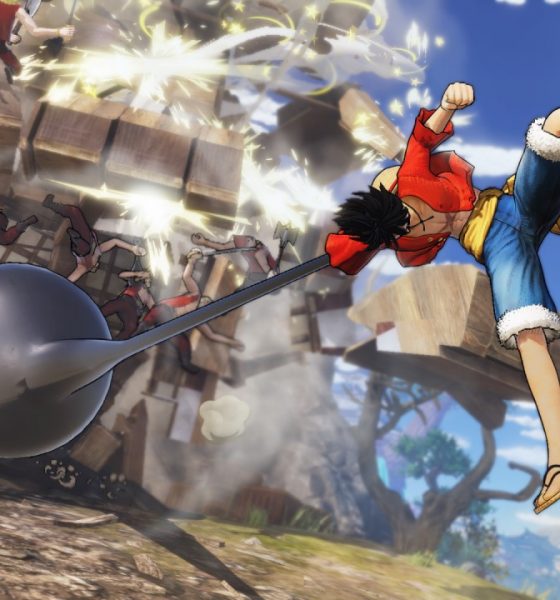 Have you ever wanted to play as your favorite One Piece character while mowing through mobs like a one-man army? Then One Piece: Pirate Warriors 4 is for you.

This game from Omega Force incorporates One Piece’s well-loved story and characters with gameplay from the Dynasty Warriors franchise — the property that the developer is most known for. This is the fourth installment in the series and is the follow-up from the 2015 One Piece: Pirate Warriors 3.

It adds more to the story, some game elements, and the most noticeable is the character roster that’s massive compared to previous entries. It’s available in Playstation 4, Xbox One, Nintendo Switch, and Windows platforms.

One Piece: Pirate Warriors 4 has three modes: Dramatic Log, Free Log, and Treasure Log. Dramatic Log is where all of One Piece’s story so far. It’s crammed into ten plus hours of chapters and episodes which is no easy feat especially for a long-running series like this one.

While the efforts are commendable, a casual fan who hasn’t closely followed the manga or anime would have more questions than answers. I can understand that this game is geared towards One Piece fans. Anyone who has read the manga up to the latest chapter or watched the latest episode of the anime should have no trouble keeping up. 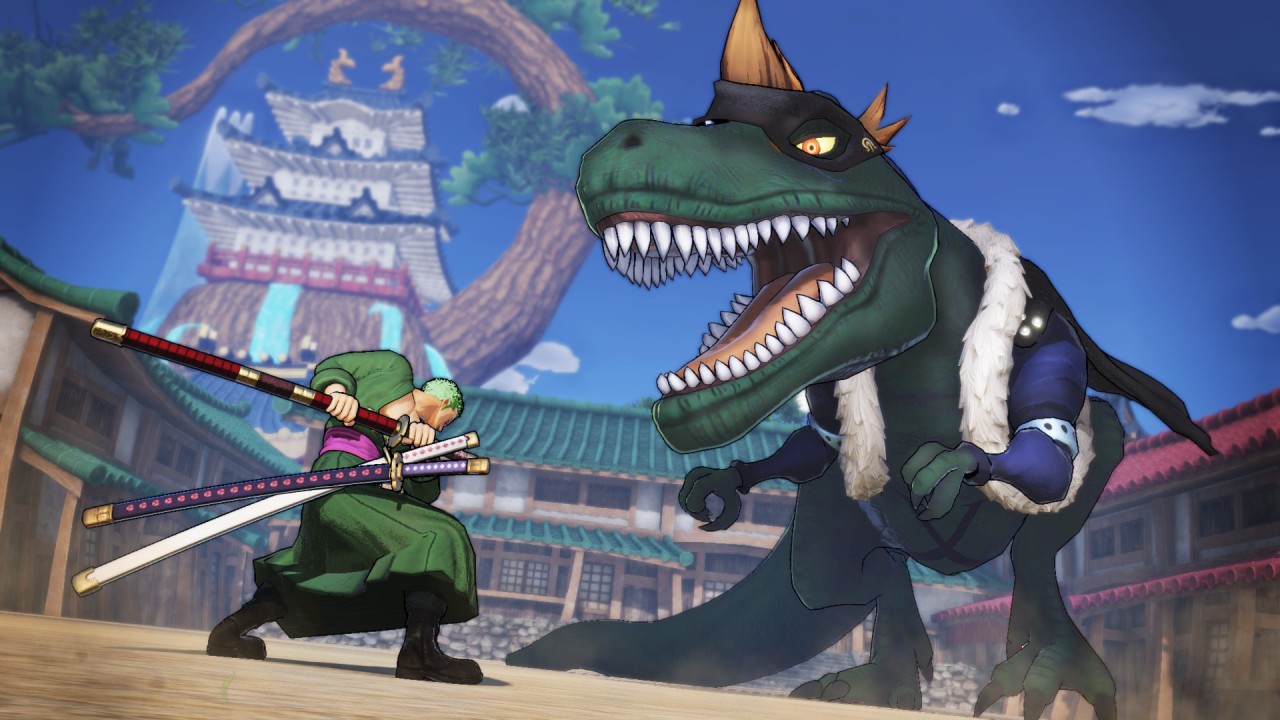 Free Log is where you can go back to the episodes you’ve already cleared in Dramatic Log with any unlocked character. The last mode, the Treasure Log, is where you go through missions to gain materials for upgrades. Some characters can be unlocked by completing a certain number of missions in this mode.

One Piece Pirate Warriors 4 also has a multiplayer feature. You can play co-op with other players to aid you in your missions. Luckily for me, it didn’t have the connectivity issues that frustrated me in Monster Hunter World: Iceborne. Unlike in that game, it’s easy to join other players’ sessions as long as they’re available. 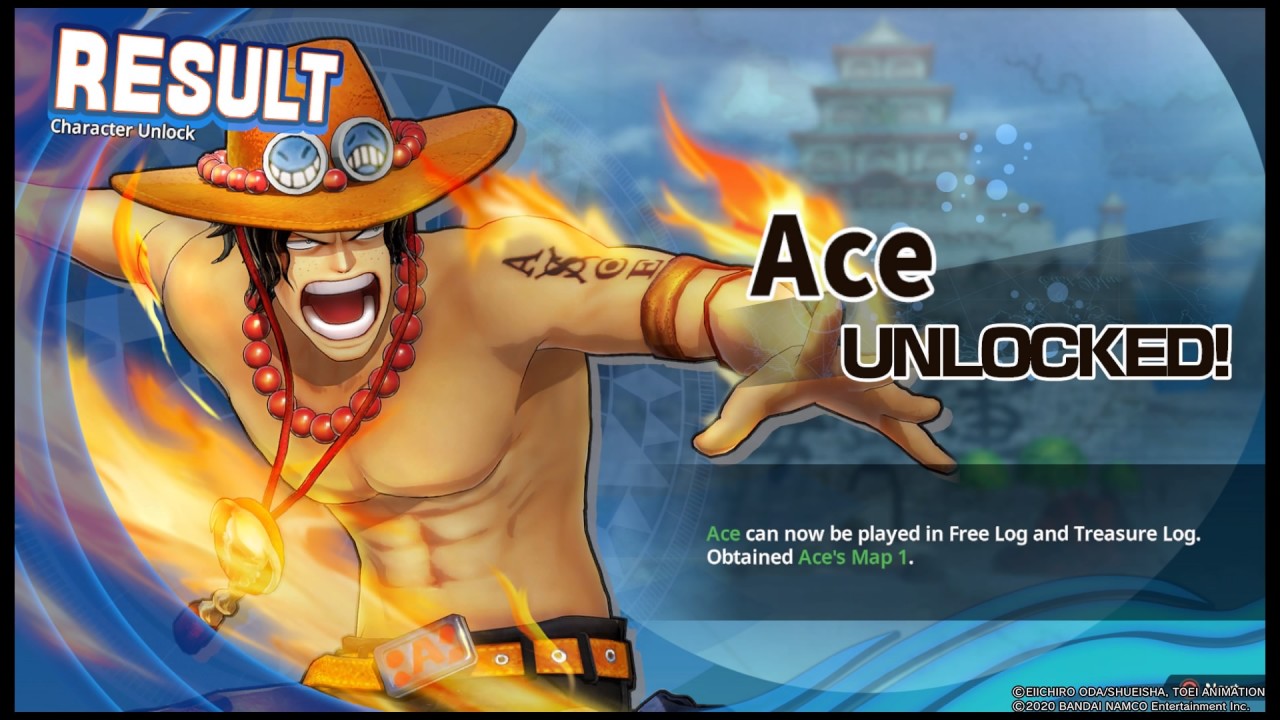 Most characters can be unlocked by progressing through the Dramatic Log while some others by meeting certain conditions.

Unapologetically a beat’em up game

Pirate Warriors 4 is an action-adventure beat ‘em up game. That means you get to through hordes of pirate or navy lackeys like an absolute badass until the boss shows up. You go through main missions with mini objectives sprinkled here and there. These include eliminating certain characters or protecting allies from getting their HP reduced to zero.

Stronger enemies have armor gauges under the HP bars that are needed to be depleted in order for you to inflict damage. Controls are easy to get a grasp of: two buttons for attack, one for dashing/dodging and one for jumping.

I started the game mindlessly mashing the buttons until I found out my favorite button combinations through experimentation. I learned later that the moves list can be found in the menus with enough digging.

One thing I found challenging was controlling certain characters that are naturally airborne. It can be hard to hit grounded enemies when you can’t control your character’s elevation and have to wait until when you’re just hovering above ground.

This is one of the reasons why I shied away from using Luffy’s 4th gear form or Sanji unless I’m required to in Dramatic Log. Using the camera lock on stronger enemies like bosses alleviates this a bit but the controls still require a bit of a learning curve. 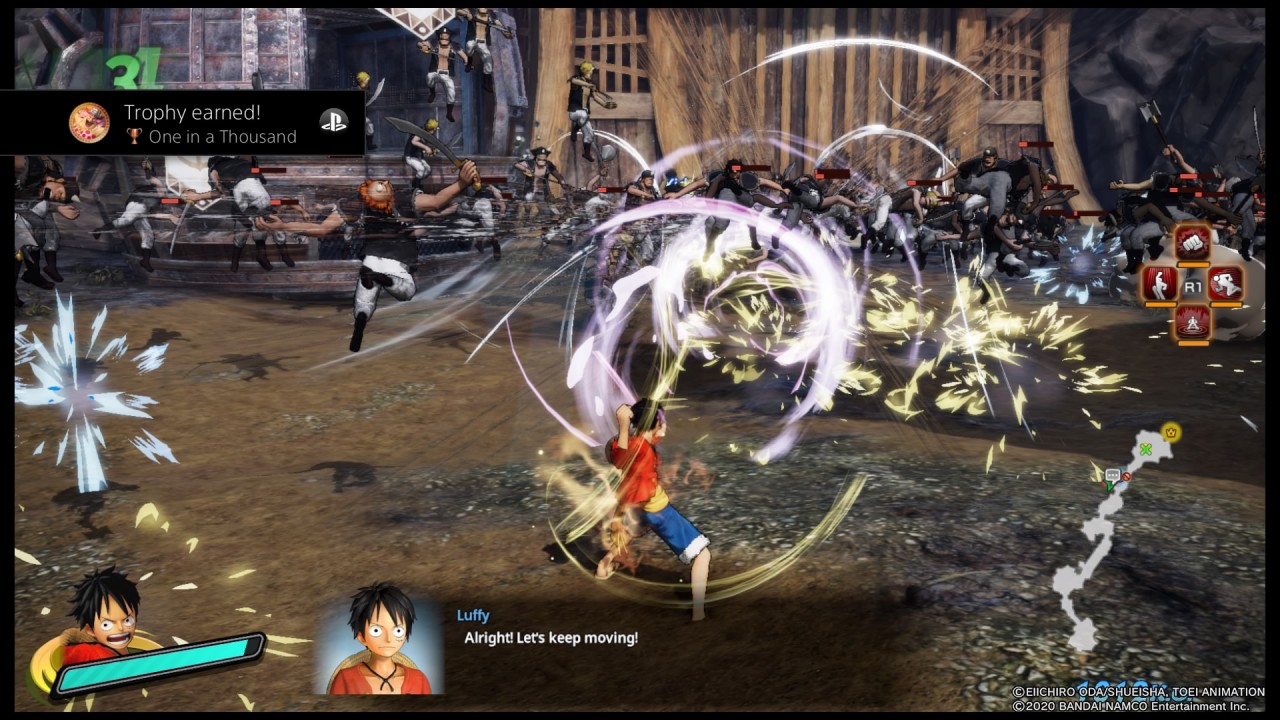 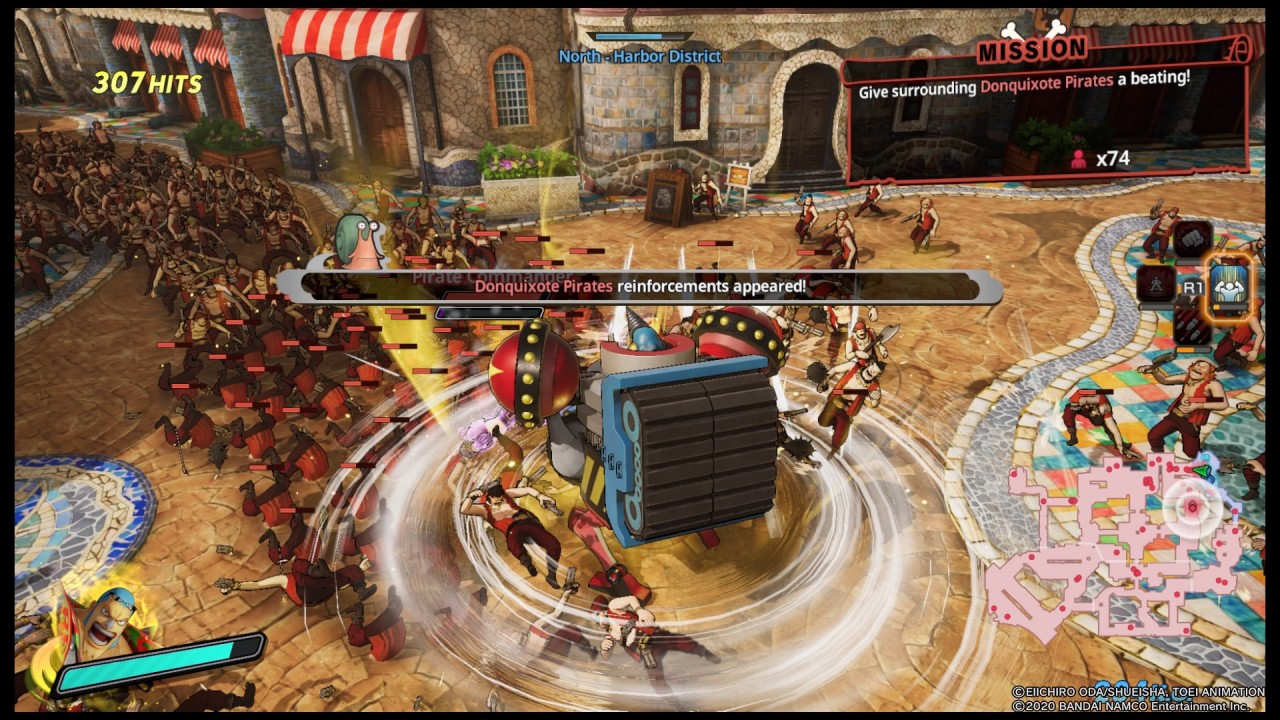 The game also allows for customization options. By earning the required materials and enough of the in-game currency, you will be able to upgrade your character’s stats, skills, and special moves.

There’s a common attribute and skill tree that can be used by all characters. Then there’s also character-specific ones that can be unlocked once that character reaches a certain level.

Thanks to my usual habit of hoarding in-game materials, I didn’t bother with this until later on in the story where I noticed that I’m not dealing enough damage and the missions are becoming more time-consuming. I breezed through the rest of the story after upgrading my offensive capabilities. 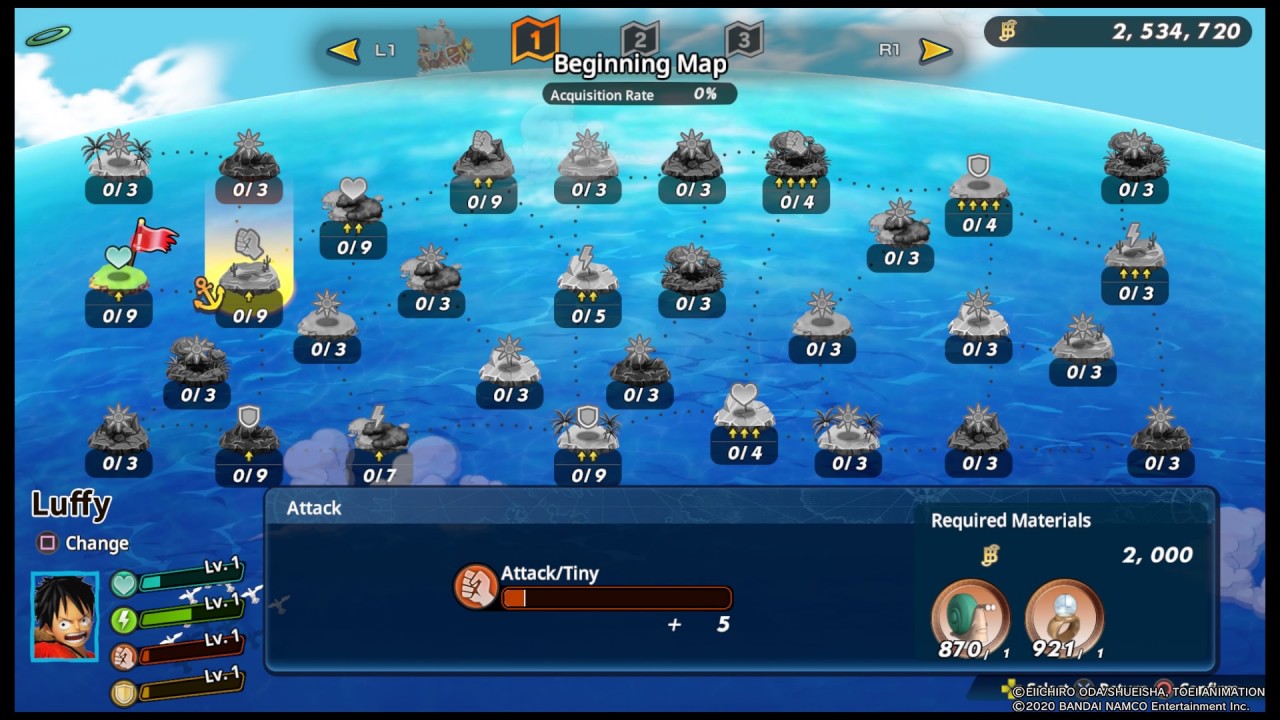 You can upgrade your attributes and even gain skills and specials. The Beginning Map applies to all characters while there are maps specific for characters.

A fun way to recap One Piece

One Piece: Pirate Warriors 4  lets you relive the story without having to replay hundreds of episodes of the anime. Beating up hordes of enemy pirates as your favorite character from the series while feeling like a one-man army just feels great.

I found it time-consuming at first but once you’ve upgraded your stats, you can easily sneak in a round or two during your short breaks. The menu layout requires a bit of digging to find what you want or need (like reviewing the objectives or your moves list) and some controls can use a little improvement.

I enjoyed playing One Piece: Pirate Warriors 4 and I’m sure a bonafide One Piece fan would feel at home. Now, it’s  time to pick up the manga so I can be filled in with the things I missed in the story.

This game was reviewed on a PS4 by Lance Aquino. He juggles multiple hobbies while working in the BPO industry. Outside of gaming, he mostly tries to learn how to draw and write short stories that are often inspired by the anime or manga that he watched or read.