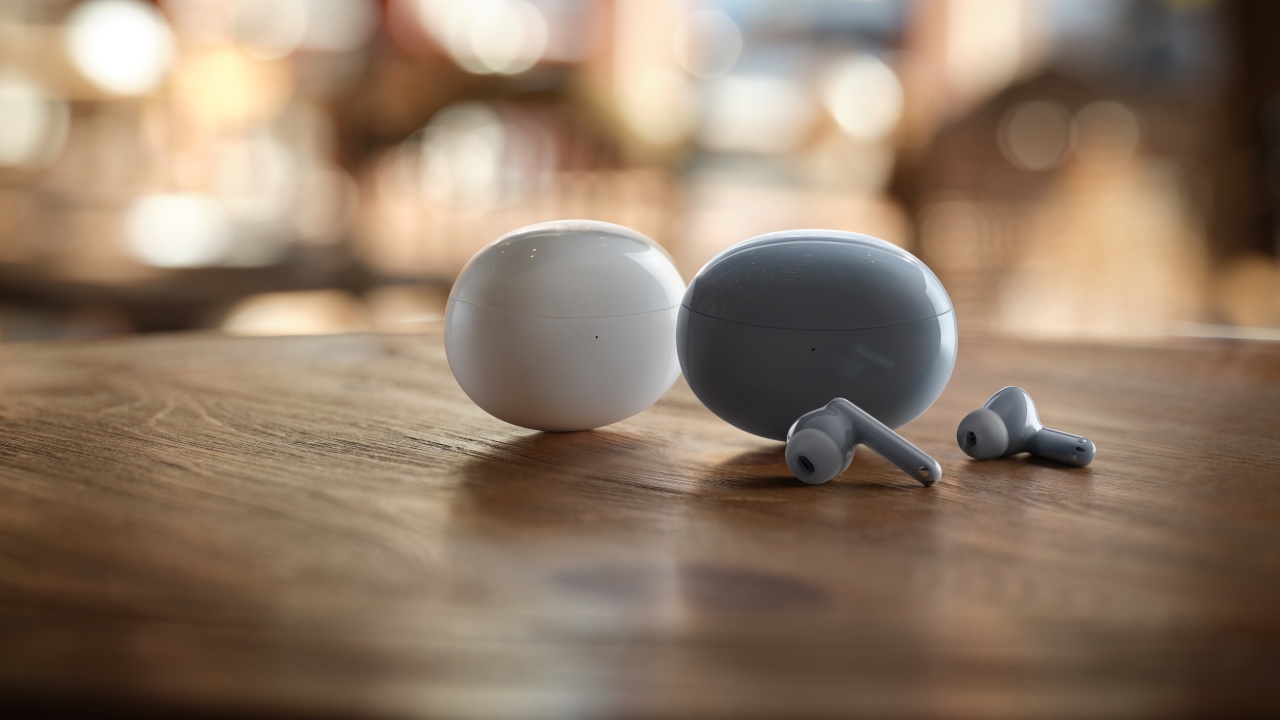 Priced at SG$ 119, the Enco Air2 Pro comes with a dual-layer transparent bubble design and feature a 12.4mm diaphragm driver and a custom-made large rear chamber.

It comes with Enco Live bass tuning to produce deeper and stronger bass, as well as active noise cancellation (ANC) which captures and cancels ambient noise.

The earbuds connect to devices via Bluetooth 5.2. Other features include dual mic + AI noise cancellation and Transparency Mode if users still want to hear what’s on the background.

When it comes to performance, the earbuds can provide up to 28 hours playback with the charging case, and up to seven hours on its own. 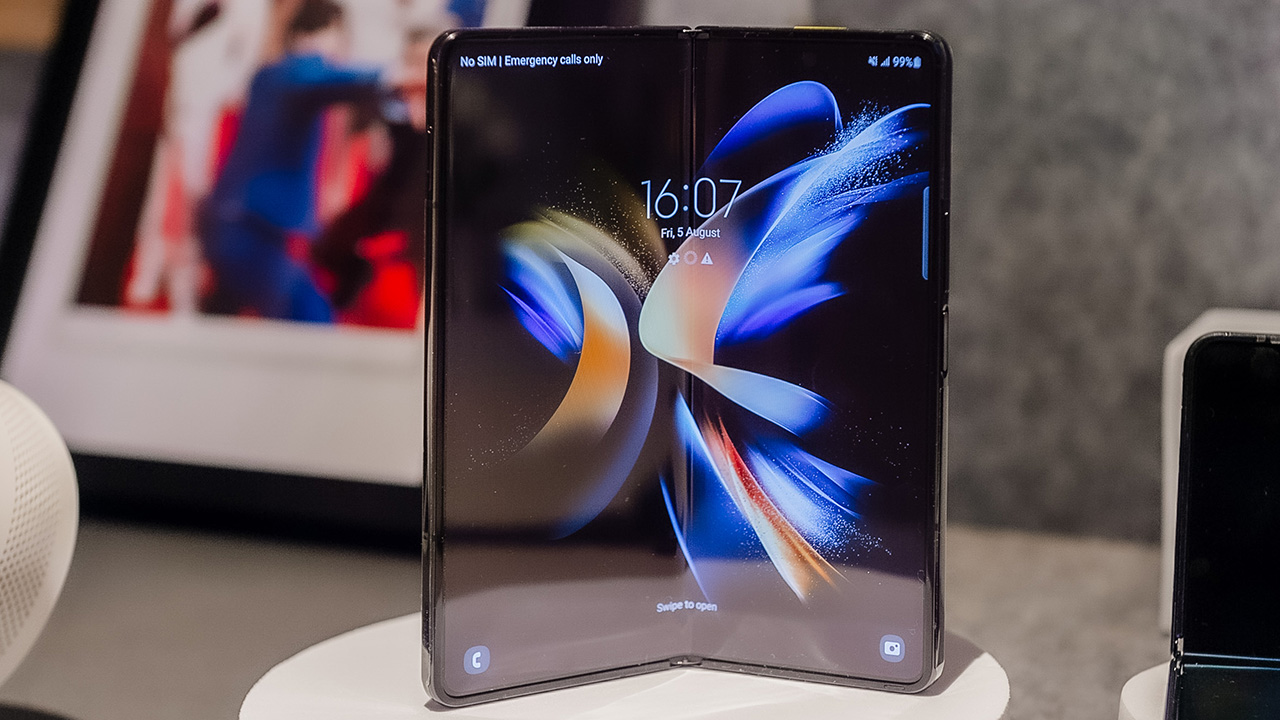 Samsung’s Galaxy Fold has come a long way from its rough first outing. It’s come to a point where the changes from the Galaxy Z Fold3 to the Galaxy Z Fold4 5G are now about fine tuning rather than major overhauls.

The Galaxy Z Fold4 is the thinnest and lightest Galaxy Fold to date. It measures 14.2mm at its thinnest point when folded and 6.3mm when it’s spread wide open. And it now tips the scales at just 263g. If you’ve used previous versions, the weight difference feels quite significant.

It’s still also Samsung’s most powerful to date. It’s rocking the Qualcomm Snapdragon 8+ Gen 1 chip flanked by 12GB of RAM with up to 512GB of internal storage. Battery capacity is at 4,400mAh with support for Super Fast Charging. That’ll take you from zero to 50 percent in around 30 mins provided you’re using a 25W charger which is sold separately.

You also get the usual bells and whistles like a Capacitive Fingerprint sensor, Samsung Knox, and more. It can hold up two Nano SIM cards and one eSIM.

Before we dive further, here’s how you can get it:

The Galaxy Z Fold4 5G will come in three storage configurations with the following pricing.

The 256GB and 512GB configurations will come in Graygreen, Phantom Black, and Beige.

The 1TB configuration comes in Burgundy and it’s a Samsung.com exclusive.

Samsung also took its time to upgrade the cameras. The Galaxy Z Flip4 sports a 50MP wide lens with 30x Space Zoom — a first in the Galaxy Fold line.

There’s a variety of camera modes including Dual Preview, Rear Cam Selfie, and larger Zoom map on Capture View Mode. All of which are designed to take advantage of the Galaxy Z Fold4’s unique form factor.

It’s also carrying over the “Nightography” capabilities from the Galaxy S22 series.

Here are the numbers on all the cameras on the Galaxy Z Flip4.

But of course, getting the Galaxy Z Fold4 is more than just for its hardware. What makes it stand apart is everything it enables you to do once you unfold it.

For starters, it’s running One UI 4.1.1 but based on Android 12L. It’s a special version of Android made for large screen devices which include foldables. For the longest time, this was the concern with Android. It just never really had a UI tailor-fit for tablets and tablet-like devices. But that has since changed.

A new addition to the Galaxy Z Fold4 is the Taskbar. Yes, just like the ones found on PCs. This lets you jump from your recent and most-used apps with ease.

Splitting the screen is also made more intuitive with swipe gestures. You can go from full screen, to split windows, and to pop-up windows instantly. This gives you more ways to multitask as you please.

Samsung’s partnerships with Google and Microsoft means integration of these features to some  key apps. Chrome and GMail now support drag and drop usage making it easier to copy and paste links, photos, and what have you.

Google Meet can be used in conjunction with YouTube for Watch parties if that’s how you and your friends jam.

For Microsoft, the Outlook app as well as their entire Office suite is compatible with all the tablet-like experience of the Galaxy Z Fold4. This truly makes the device feel like your mobile office.

Of course, it retains the S Pen support. And while it still does not have a holster on the device itself, there is a specially made Standing Cover with Pen case for your convenience.

The foldable for everyone? 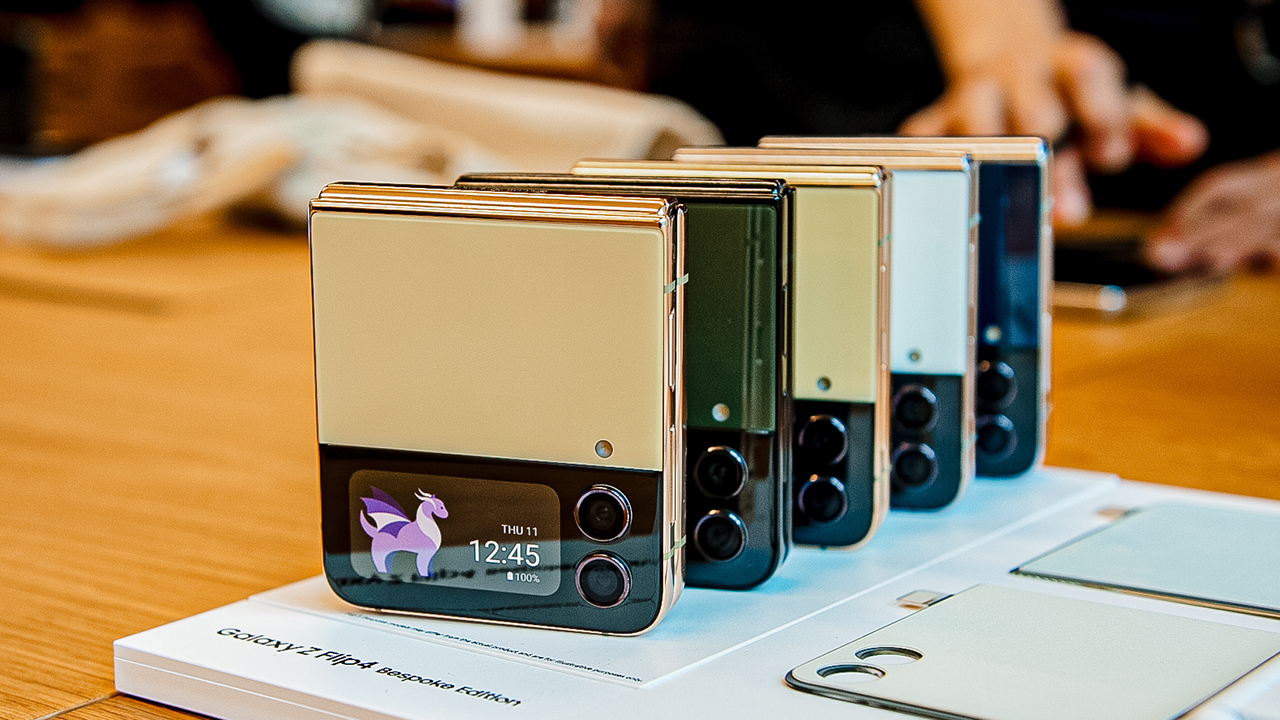 The Galaxy Z Flip 4 will come in three storage configurations with the following pricing.

These will come in Bora Purple, Graphite, Pink Gold, and Blue. 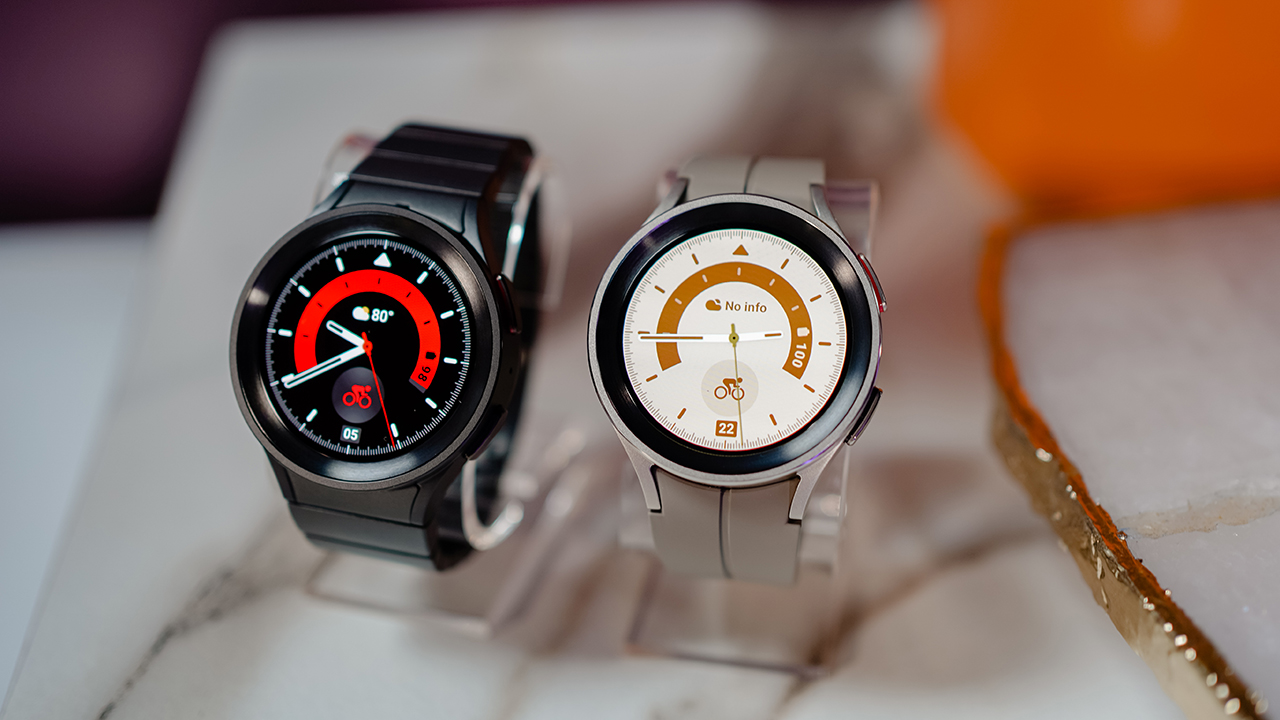 The foldables aren’t the only ones announced at Samsung Unpacked. We were also treated to a pair of smartwatches and a new TWS earphone. These are the Galaxy Watch5, Galaxy Watch5 Pro, and Galaxy Buds2 Pro. 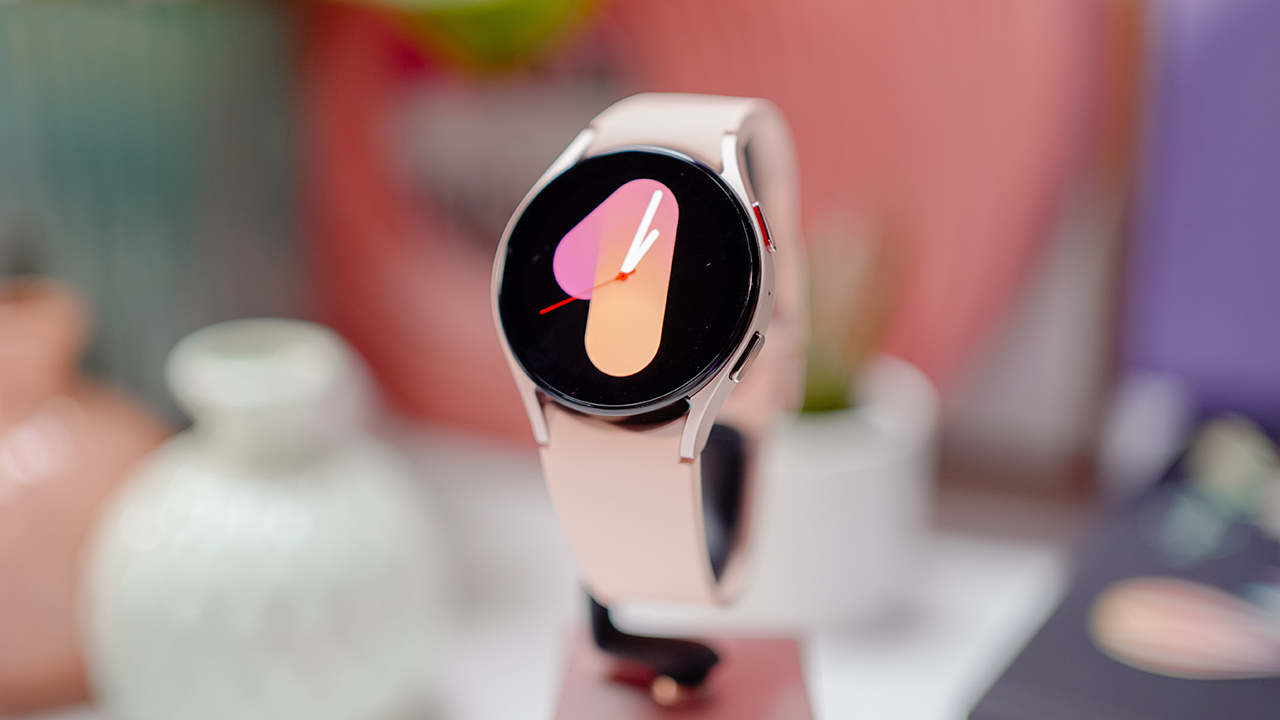 The Galaxy Watch5 is all about helping Galaxy users be in their best shape possible.

This includes equipping the watch with a host of health monitoring features. Most prominently, there’s the BioActive Sensor. Essentially, it’s one chip that enables three other sensors which are the Optical Heart Rate, Electrical Heart Signal, and Bioelectrical Impedance Analysis.

Too much to take in? Just think of it as a new tech that enables the Galaxy Watch5 to perform its function of getting you healthy. That’s through Samsung’s Holistic Health approach.

You can record your Body Composition and the Watch5 will help tailor workouts that work well to achieving your fitness goals. But it goes beyond workouts. It also has suggestions for your post-workout, rest, and recovery process. Like an actual trainer, but on your wrist.

There’s also the other usual smartwatch functions like Sleep tracking, getting your notifications and what not. It also comes with a 13 percent larger battery.

The display is made of Sapphire Crystal which Samsung swears is tougher than most other materials used on other smartwatches.

The Galaxy Watch5 comes in different sizes and colors. 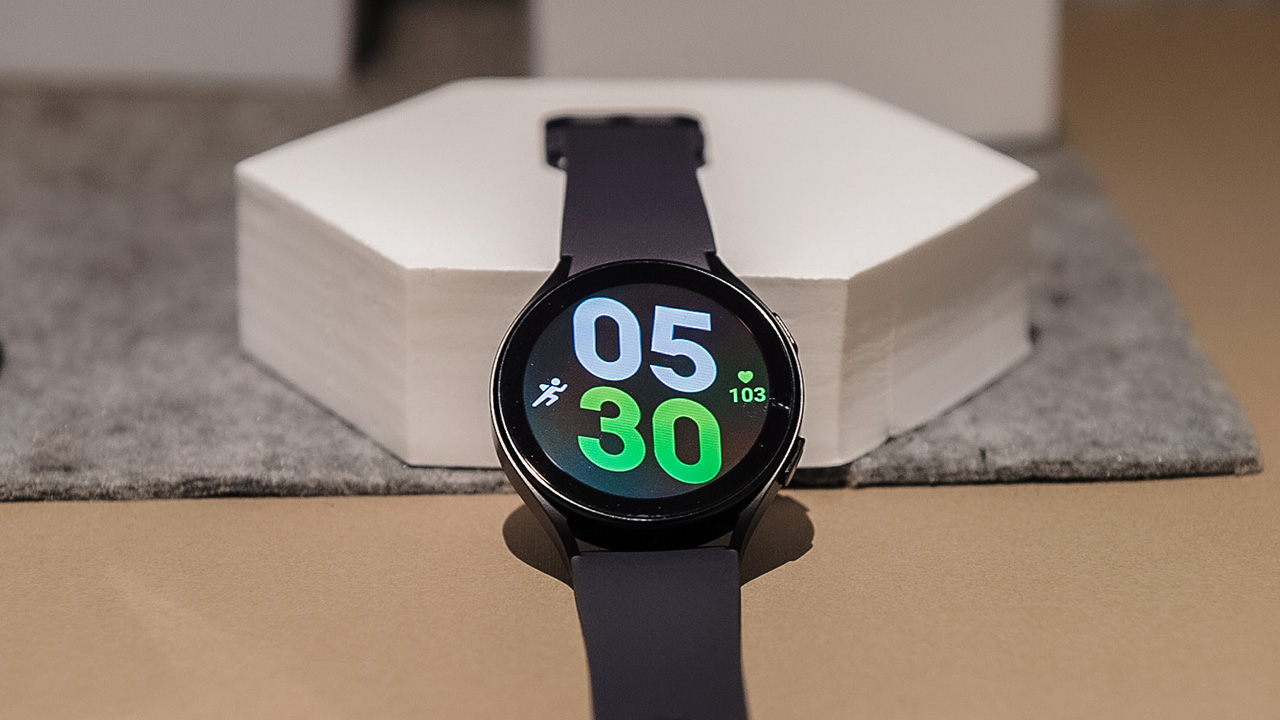 The Galaxy Watch5 Pro is everything the Galaxy Watch5 is but made for the outdoor enthusiasts. It’s made more durable and has extra features to support hiking, cycling and more.

Build-wise it’s also made of Sapphire Crystal but enhanced. It has a titanium casing that protects the display. You also get a D-Buckle Sports Band made for rugged durability.

For outdoor activities, it has GPX making tracking easy. As you hike or cycle, it’ll help you navigate turn-by-turn so you can keep your eyes on the path. And when you’re ready to head back, there’s a Track back feature that traces your starting point. Great for those challenged with directions.

The Galaxy Watch5 Pro comes in 45mm in either Black Titanium or Gray Titanium. 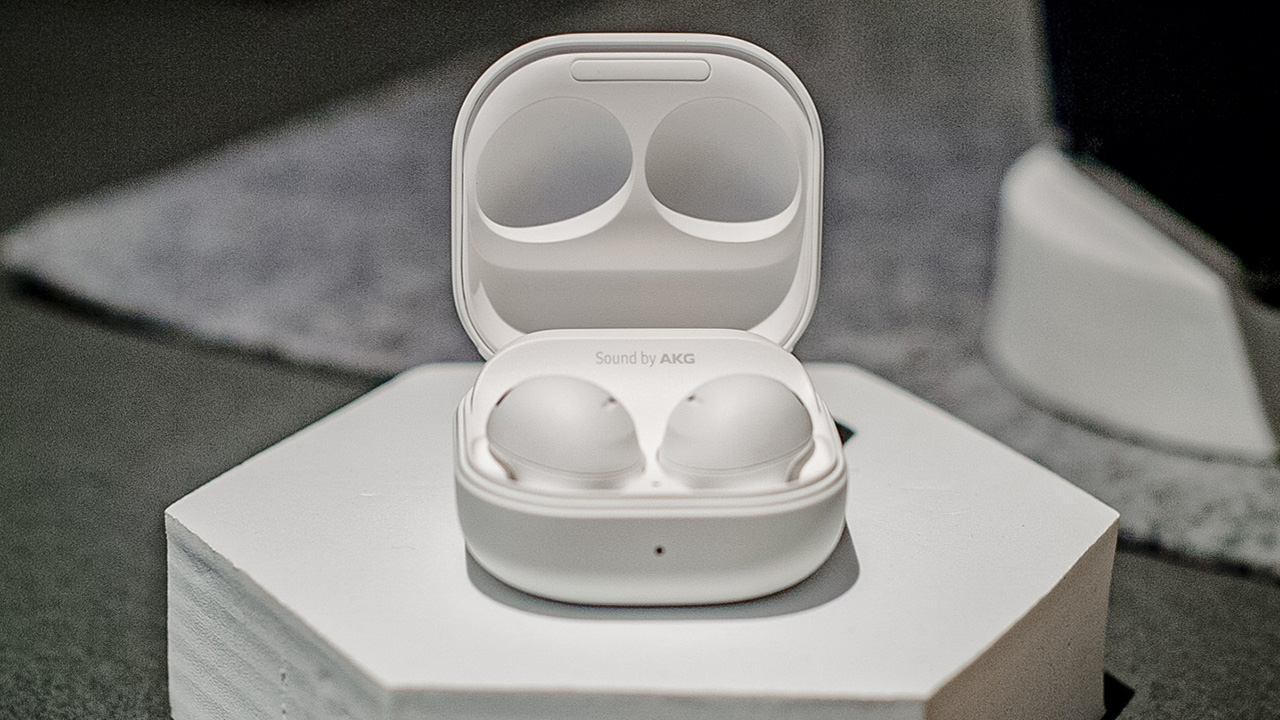 It’s easy to dismiss this as just a tacked-on offering but Samsung did make significant upgrades to their new headliner earbuds.

If you own a Samsung TV or other Samsung devices, the Buds2 Pro can seamlessly switch between them if necessary.

Form-wise, the Galaxy Buds2 Pro is 15 percent smaller than its predecessor. To some people, that could mean it’s easier to misplace. In case that happens, they should be easy to locate using SmartThings Find now.

It has an IPX7 rating which means it should be okay to take on workouts, except if your workout is swimming.