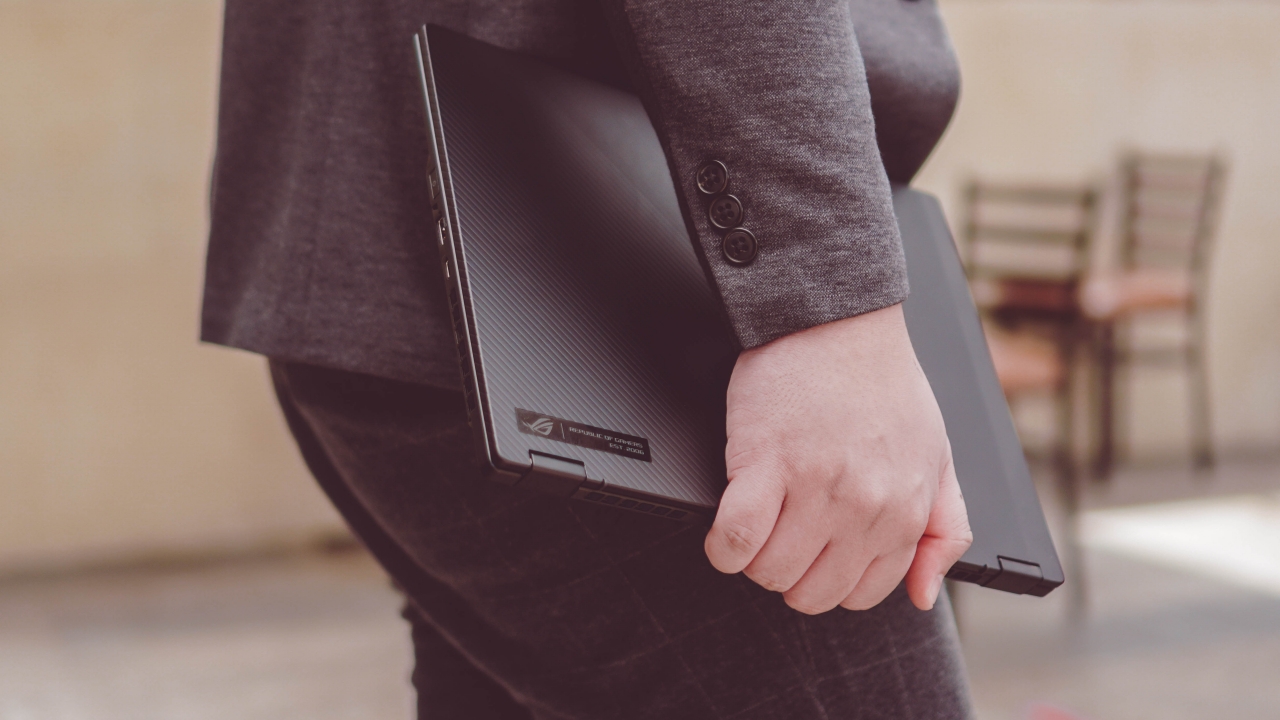 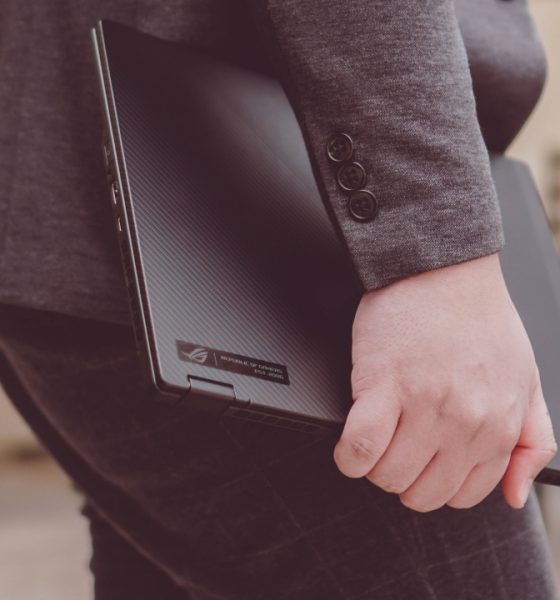 “How is that a gaming laptop?”

This was the initial reaction of my colleagues when I first took the ROG Flow X13 out of my bag. And who can blame them? One quick glance doesn’t tell you much.

The design is very understated 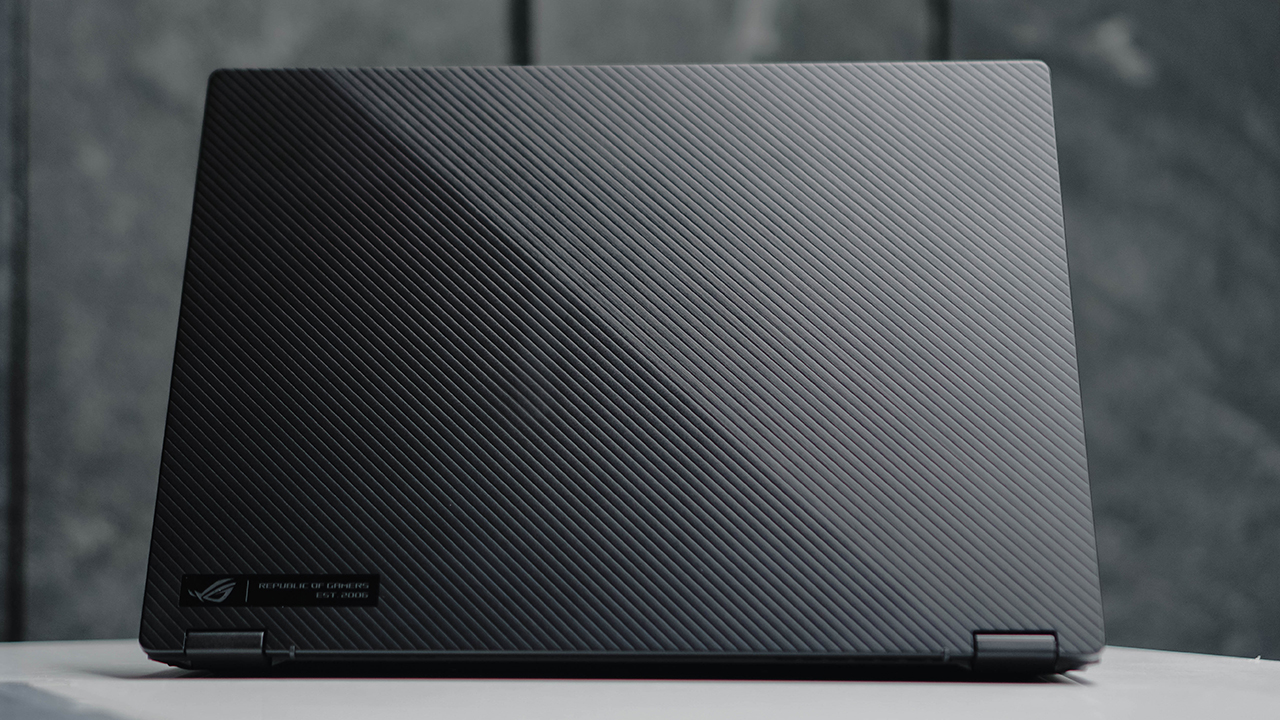 Nothing here screams gaming. It has a nice subtle ribbed pattern on the cover in a very stealth-ish black. 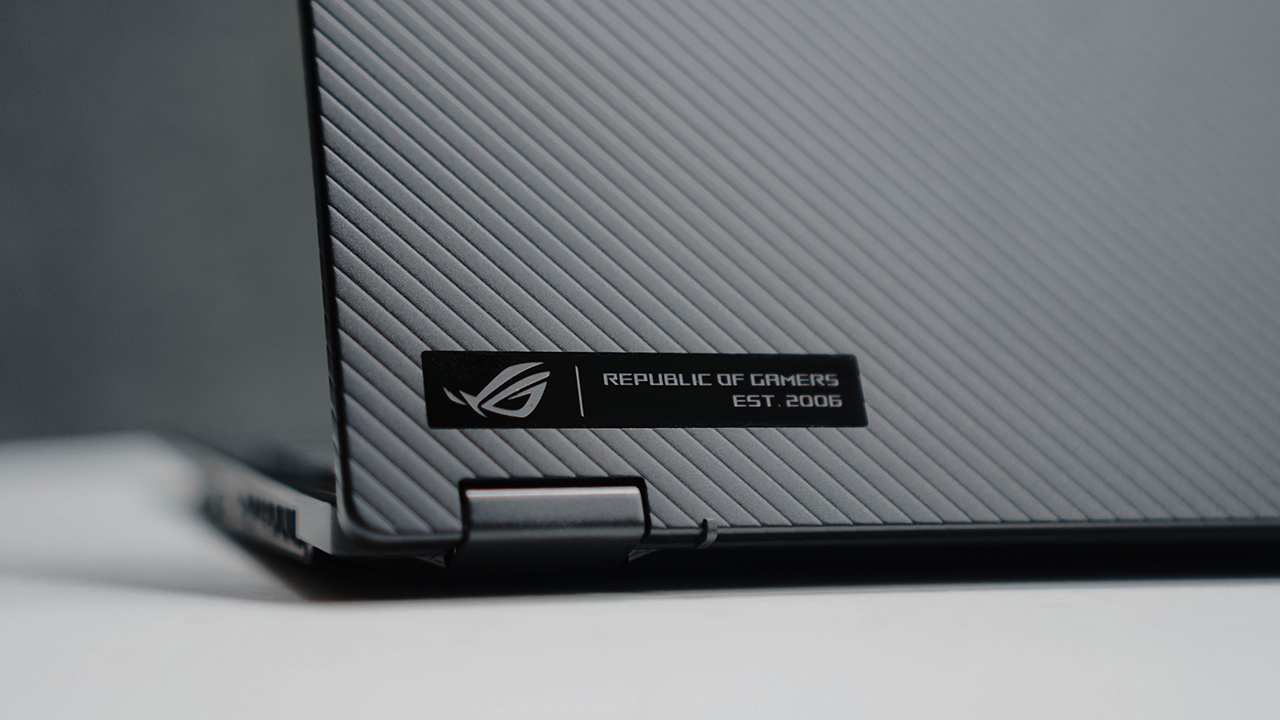 Perhaps the only dead giveaway that this is, in fact, a gaming machine is the ROG logo which is noticeable but doesn’t dominate the look. 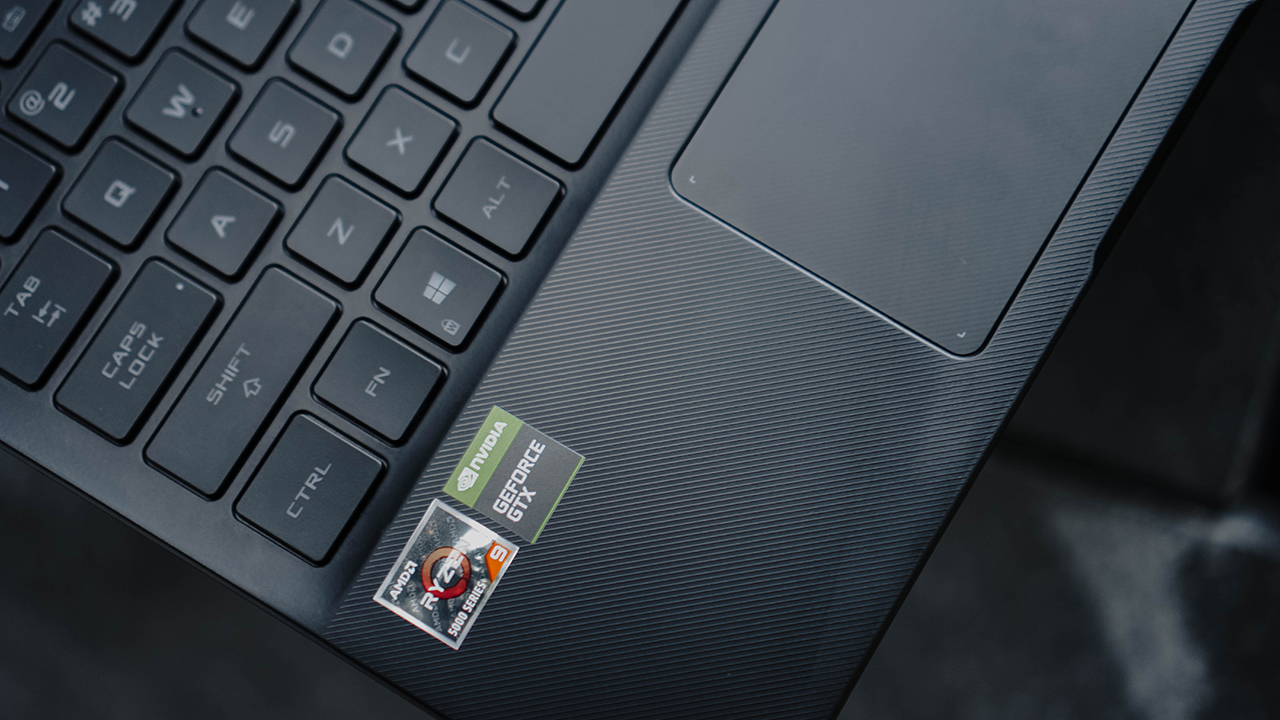 AMD has been absolutely killing it in the gaming processor department with plenty of reviewers recommending AMD-powered gaming laptops over Intel ones.

The ROG Flow X13 we have specifically has the AMD Ryzen 5900Hs with Radeon Graphics 3.30Hz.  This particular device also has 16GB of RAM along with 1TB of storage. Yes, it’s a beast. For the graphics card, this one is sporting an NVIDIA GeForce GTX 1650 with Max-Q design. More on this later.

For a 2-in-1, it has a fair collection of ports 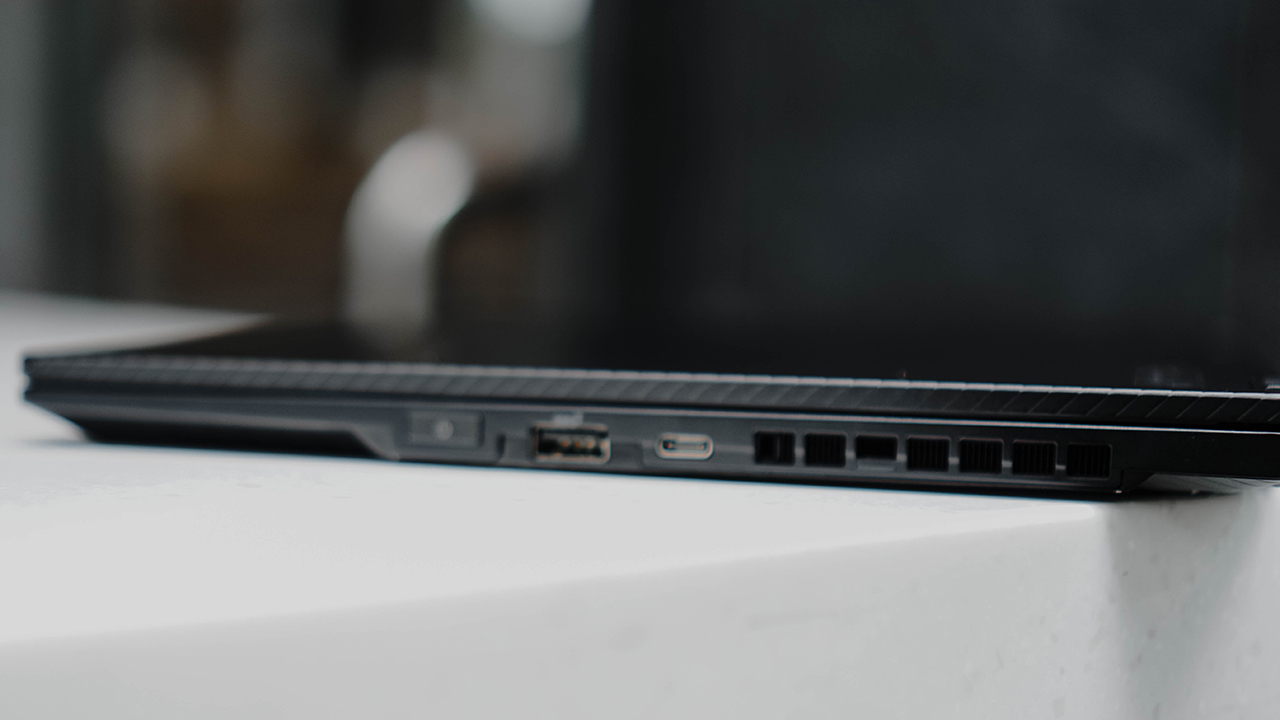 On the left are: One (1) 3.5mm Combo Audio Jack, One (1) HDMI 2.0b, One (1)ROG XG Mobile Interface (More on this later). Also, you’re gonna want to use that headphone jack. The speakers on this thing doesn’t get loud at all, and the sound is just mostly okay. 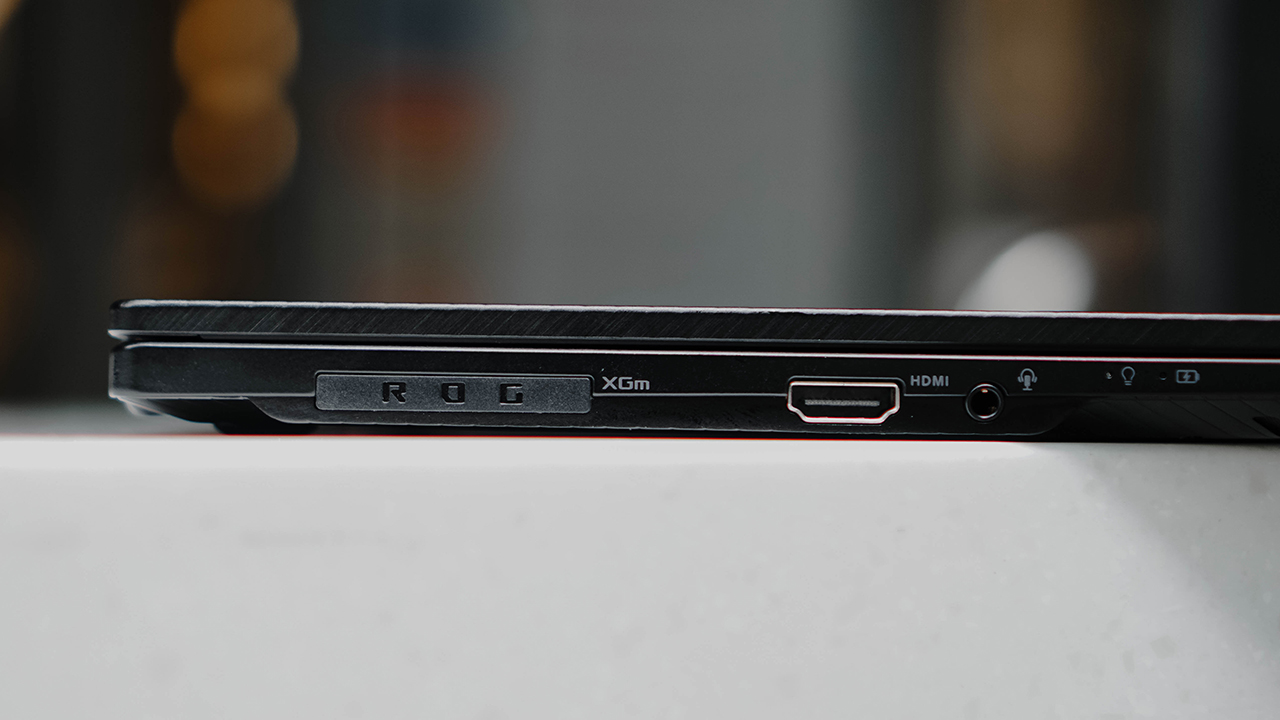 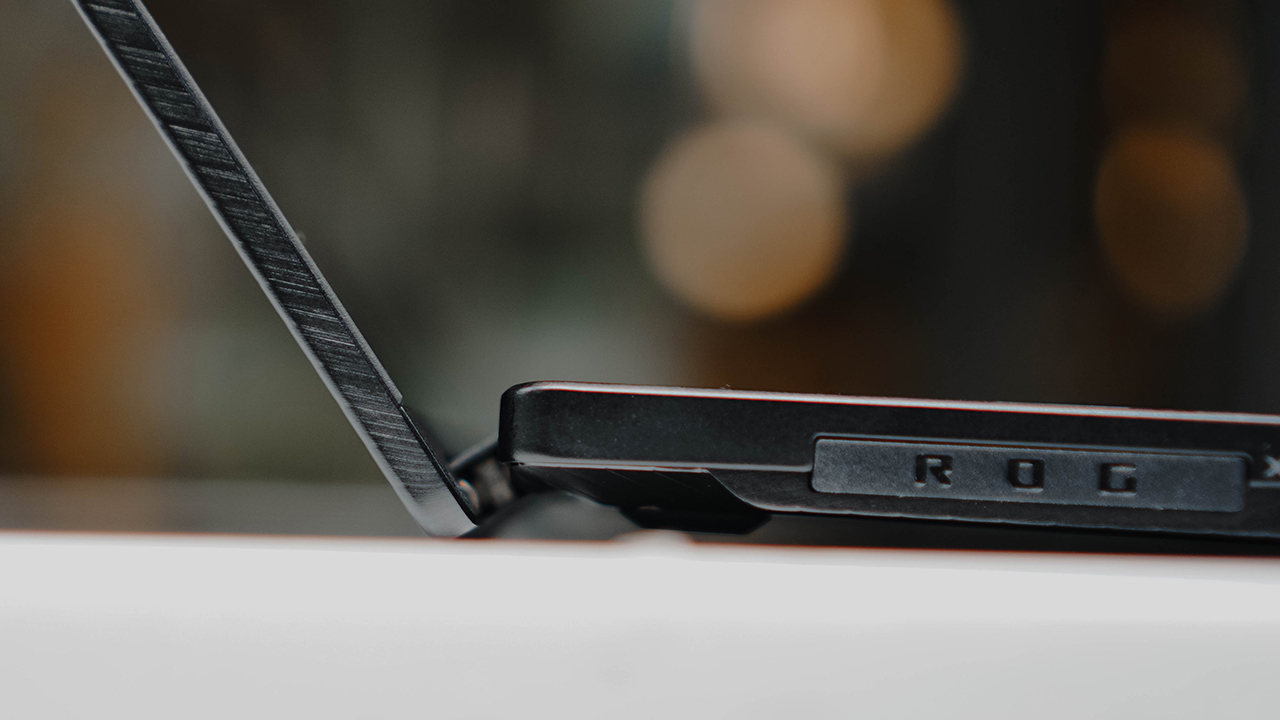 Over the time that I’ve had the notebook, I’ve used it more for work than gaming. It’s a healthy 80-20 split, and to no one’s surprise the ROG Flow X13 had zero trouble handling heavy tasks.

I did everything from writing scripts, copy-editing articles, dealing with presentation slides, as well as headache inducing spreadsheets. Typical work stuff. Oh, and I also opted to use Chrome over Microsoft Edge despite recommendations from peers to do otherwise. I can’t quite escape from Chrome just yet.

On top of that, I’ve also handled some basic photo editing and have moved files from different sources. I didn’t notice any considerable heating even on days that I opt to keep my air conditioning turned off to manage my electricity consumption. 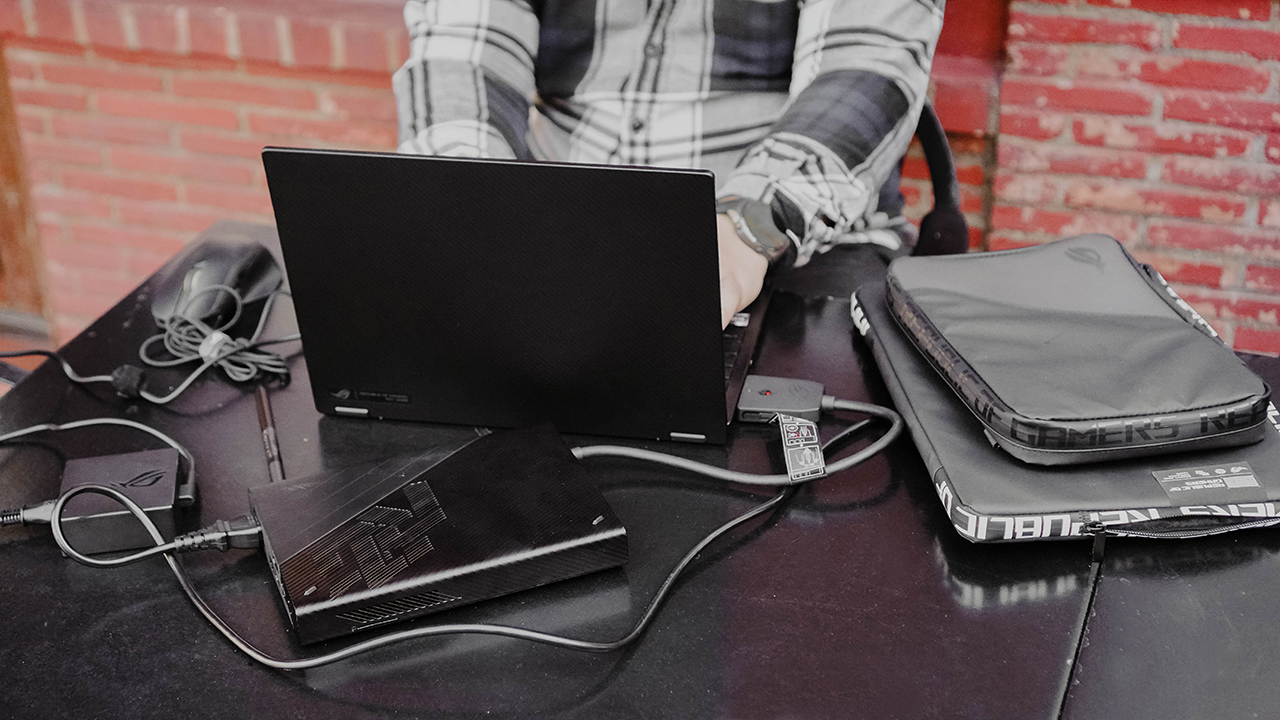 I’ve only ever really used it remotely a couple of times and continuously working outside, the machine will give you around six to seven hours depending on how much you push the processor and the display.

The backlit chiclet keyboard is easy enough to get used to. I thought the travel was great but I did wish the keys were a little larger. That said, it’s fairly easy to use and is not a dealbreaker at all. Much of the same can be said about the trackpad. Then again, there’s only so much space you’re working with on a notebook this size.

The display is Pantone Validated, has anti-glare, with a 60Hz refresh rate, adaptive sync, and since it has a tablet mode, it naturally has a touch screen. 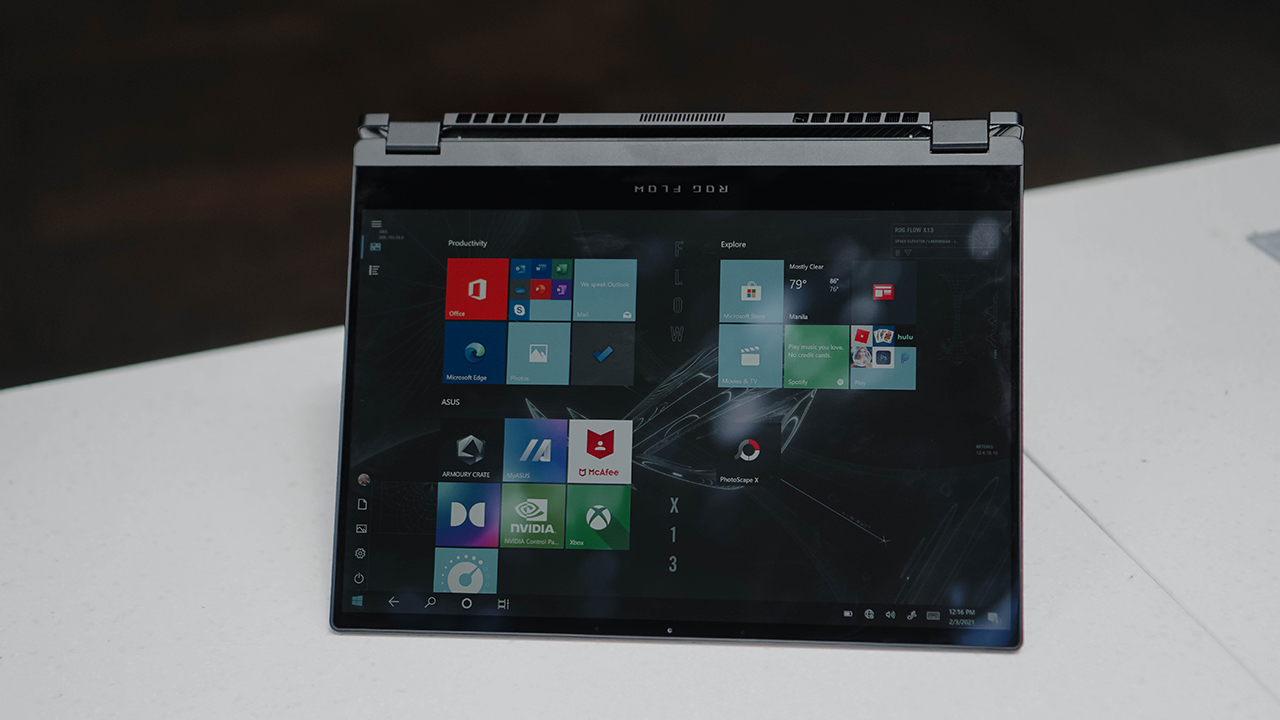 Like any 2-in-1, you can prop it up in a variety of ways. You can go tent mode like the image above, tablet mode like mentioned earlier, and the mode where the keyboard is facing down and away from you.

Gaming on the notebook

You can certainly play AAA titles on just the notebook alone but you’ll have to turn the graphics down to medium. That’s precisely what I did when playing Control: Ultimate Edition while out in the wild. 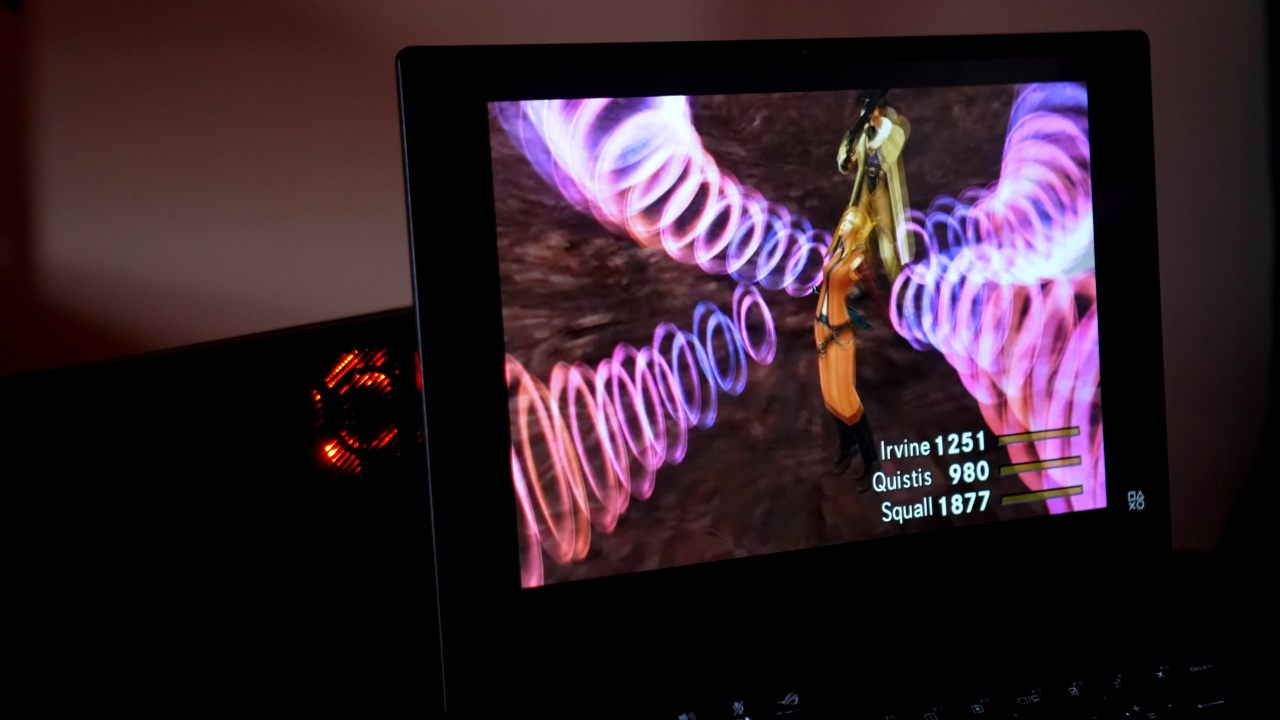 Given my choice of games, despite taking advantage only of the built-in GTX 1650, it never felt like the laptop was lacking. But as we all know, this isn’t its final form.

To fully unlock the ROG Flow X13’s potential, there’s this little accessory that comes with it — the ROG XG Mobile. 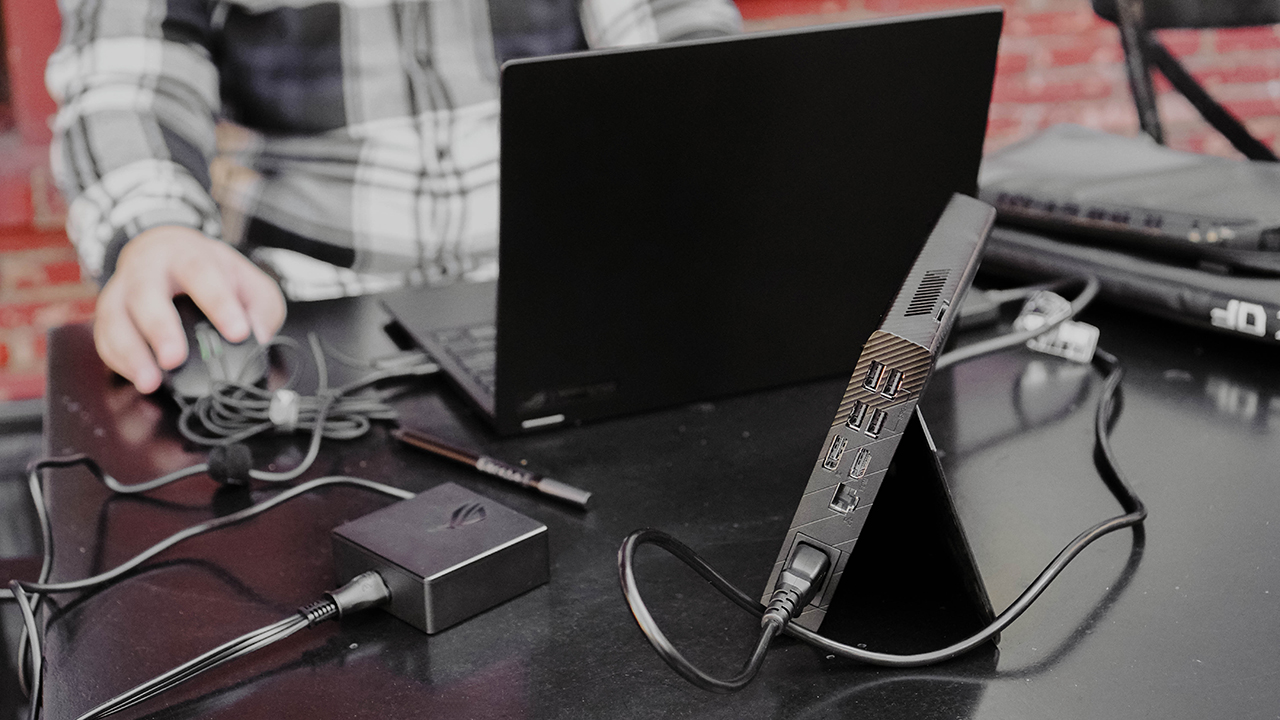 What it does is unlock more firepower for the ROG Flow X13. Kind of like Iron Man’s Hulkbuster suit.

This takes playing those AAA titles to the next level. With it you can easily crank up your graphics settings to ‘Very High,’ which is exactly what I did when playing Death Stranding. 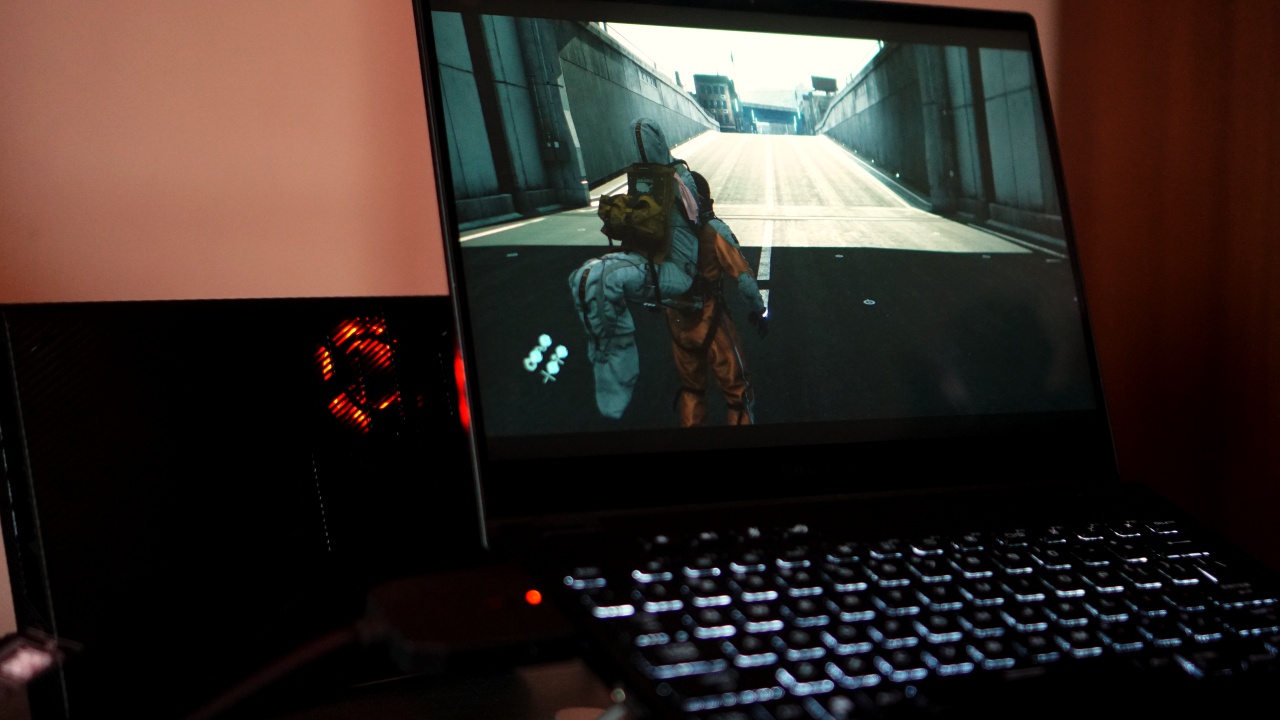 The game looks freaking amazing on the 4K screen and has no hiccups whatsoever when the ROG Flow X13 and the ROG XG Mobile are working in tandem.

A couple of hours of Death Stranding and another couple of hours playing Hades were enjoyable. I’d like to note that I only really get to game on PCs during reviews so most of my point of comparison is coming from all the PS4 and PS5 gaming I’ve done in the past few months. 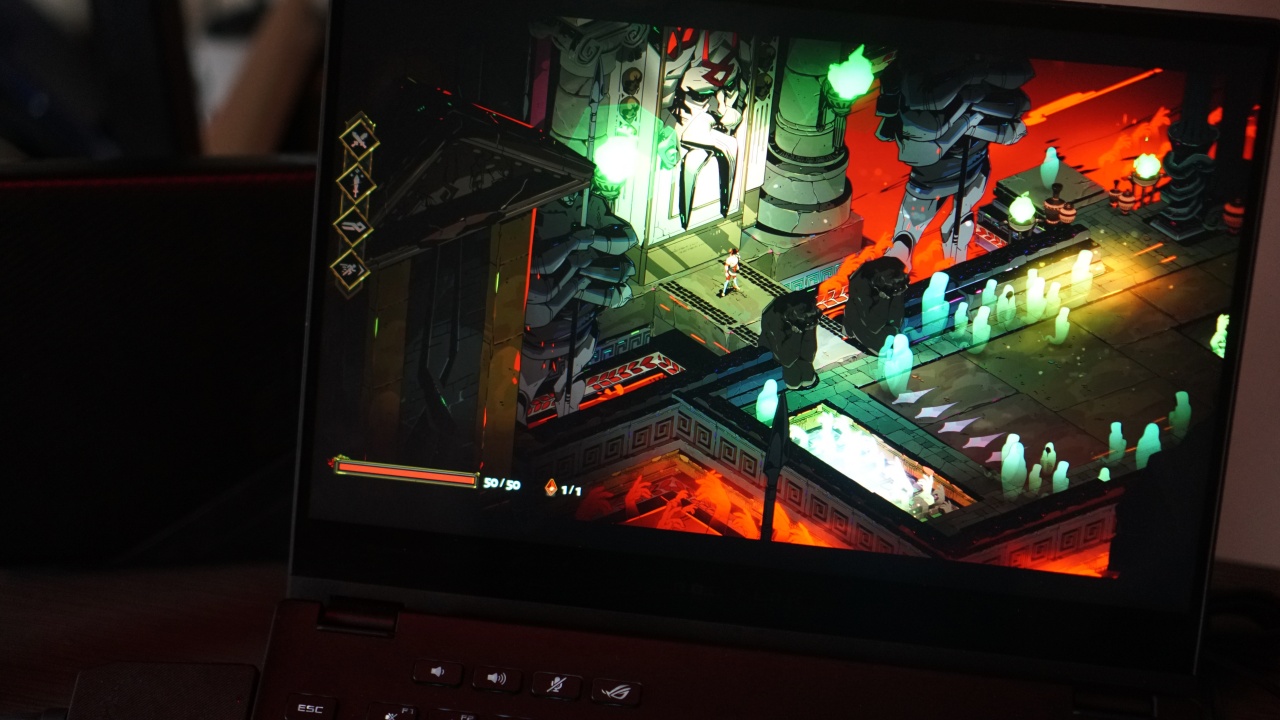 That said, this is exactly the kind of experience I was hoping for but did not really expect from a notebook this size. None of the ultrabooks I’ve used in the past could even come close to this level of satisfaction when it comes to gaming. Pair it with the ROG XG Mobile and it just takes things to another level.

The true strength and value add of the ROG Flow X13 and ROG XG Mobile combo is not how it can give you the best overall gaming experience. There’s certainly more powerful gaming laptops out there. However, they’re not this light nor versatile.

At around a US$ 3000 package (pricing in the Philippines will be revealed on the February 20 event), you’re getting what others who have reviewed this laptop call a midrange PC performance.

And for sure, you can build a waaaay more powerful PC with that amount. But you won’t be able to lug that PC around wherever you want. You can go the regular laptop gaming route, but nothing is as light with this much oomph. And if you want an ultrabook, you can forget about a high-end experience playing AAA games. 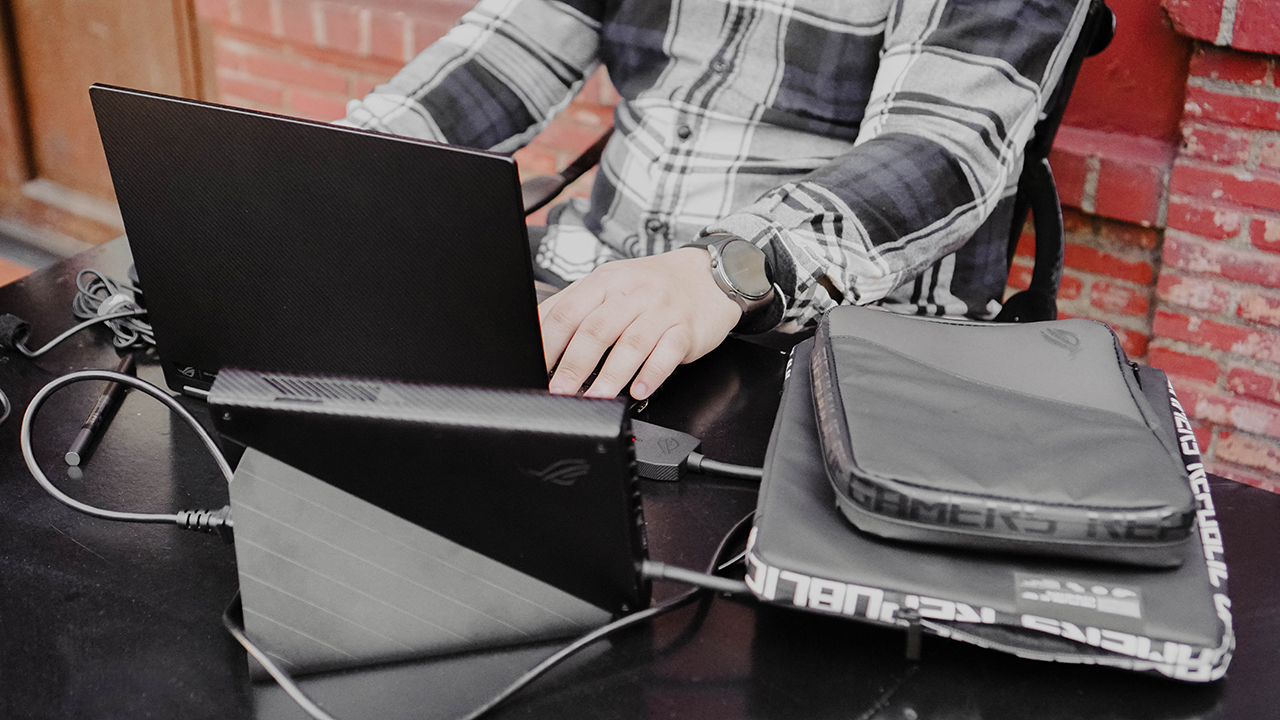 It’s not like you’re only getting the laptop and the eGPU at that price. Also included in the whole package is a stylus, the ROG Chakram Core gaming mouse, and sleeves for both the ROG Flow X13 and the ROG XG Mobile. As far as packages go, that’s premium value right there. 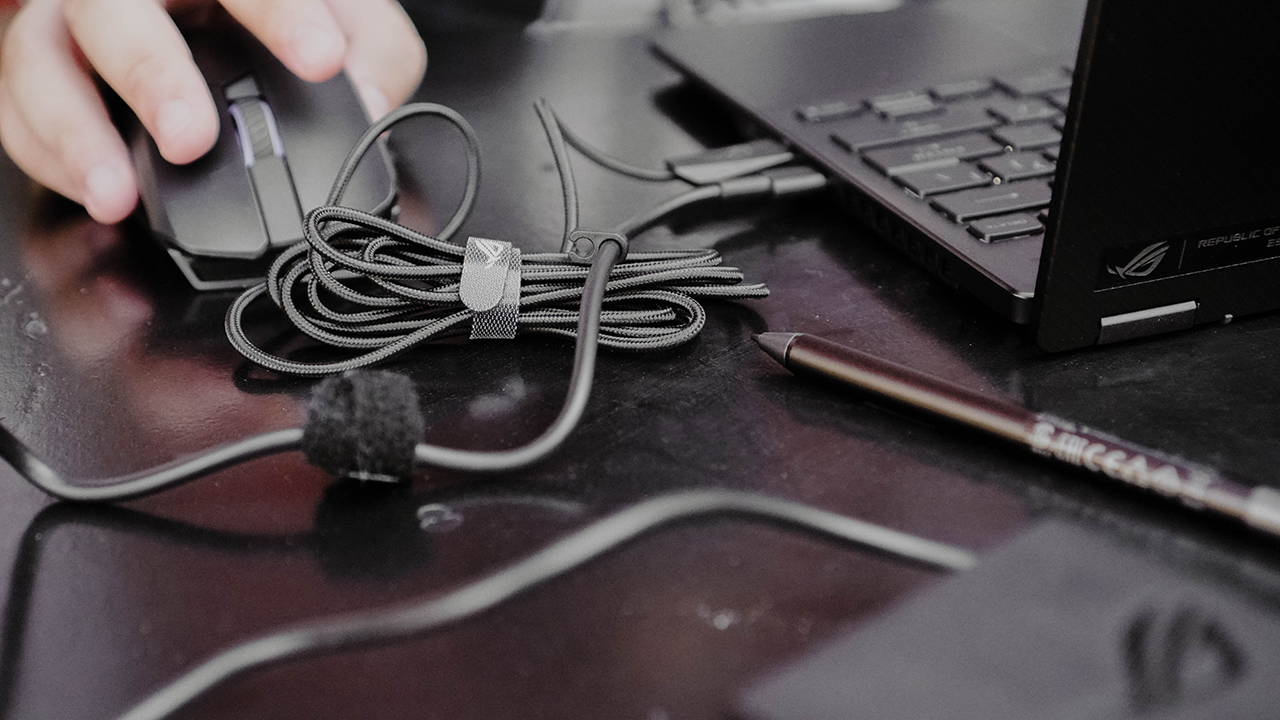 Is the ROG Flow X13 your GadgetMatch?

Personally, it uniquely fits me. I’ve always wanted to build a gaming rig but do not have the space to house one. The ROG Flow X13 package is the closest I can get to high-end PC gaming but with the space-saving and mobility that my lifestyle requires. 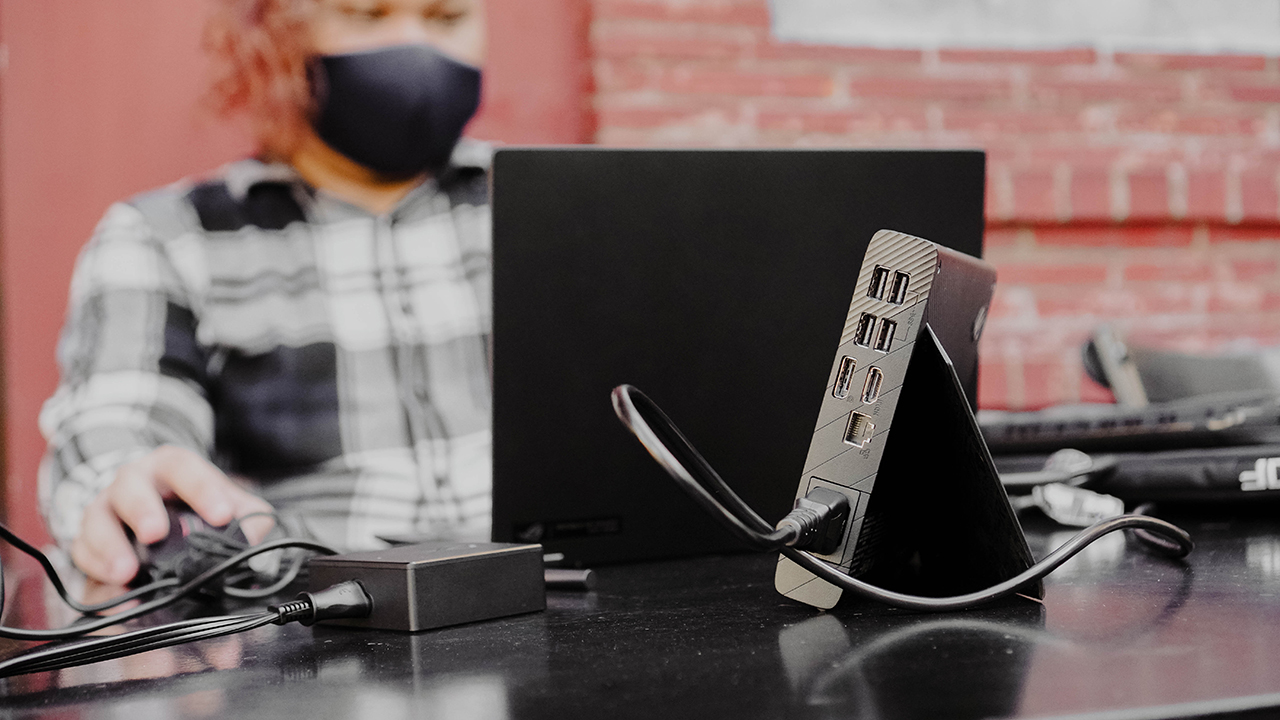 For everyone else, well, the ROG Flow X13 isn’t the best at any of the things it’s trying to do or trying to be. However, it’s the only one that’s versatile enough to do all of it. It’s like that rare, invaluable member of a team that can play second fiddle to just about anyone. That’s such an underrated trait and is what this machine should be celebrated for.