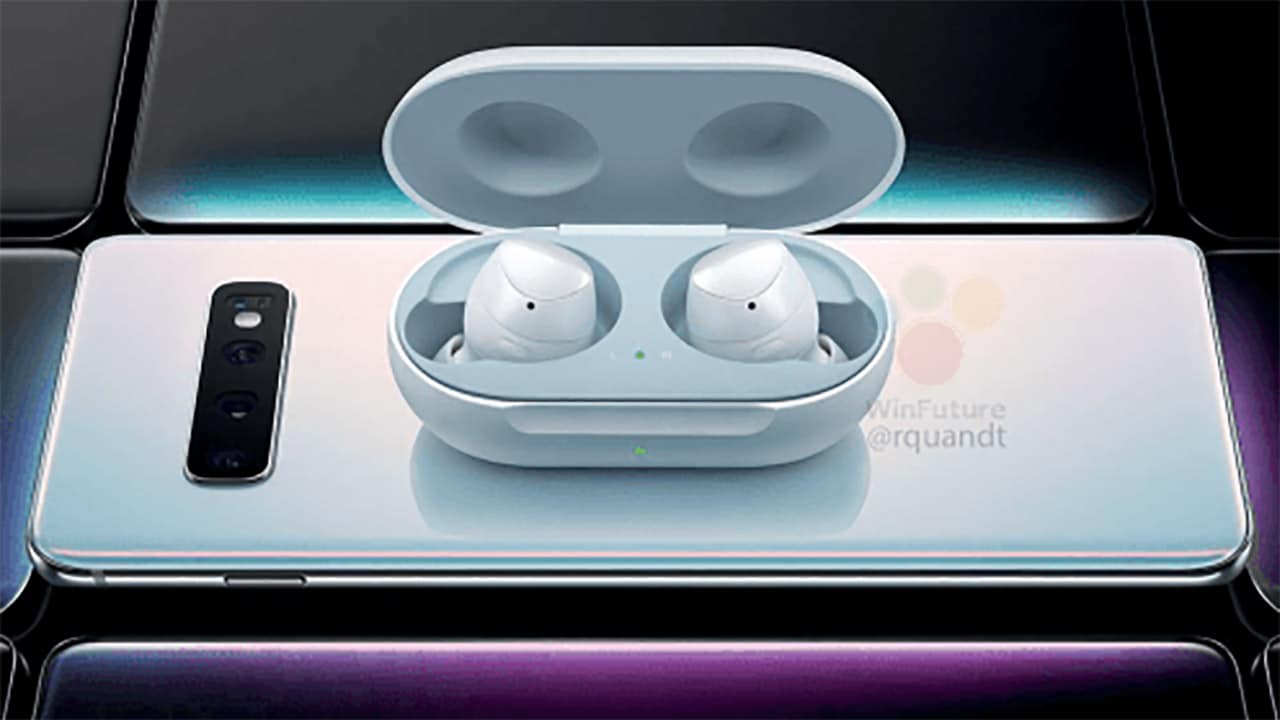 Samsung’s major launch is drawing closer, and we’re being treated to new leaks practically every day.

The newest info we have on the upcoming Galaxy S10 flagship series comes by way of this leak for the Galaxy Buds, which may be Samsung’s next truly wireless earphones to release.

The earbuds come with a charging case and will reportedly retail for EUR 149. More interesting, however, is the placement of the Galaxy Buds on what looks to be the Galaxy S10 or S10+.

It’s heavily implied that the Galaxy Buds (and probably other Qi charging-enabled devices) can charge on the back of the Galaxy S10 and/or its Plus variant. This is a feature we first saw on Huawei’s Mate 20 Pro.

Previous rumors suggest that Samsung’s implementation might be more practical, though. While Huawei’s reverse wireless charging rate is below the standard 5W, Samsung could double that and hit 10W, which would at least double the speed.

There’s no confirmation yet if we’ll see the Galaxy Buds launch alongside the Galaxy S10 series during the Unpacked event on February 20.