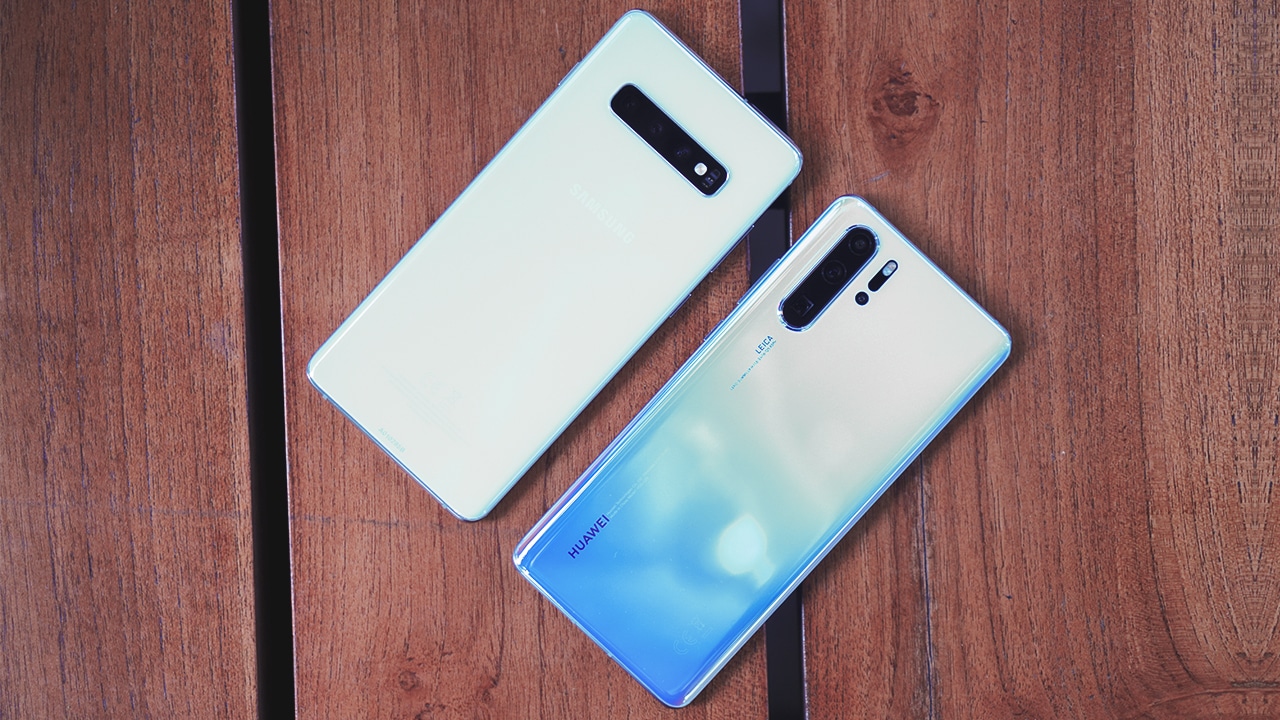 The global smartphone shipments report for Q1 2019 from Counterpoint is out. As always, it has a lot of interesting insights.

Firstly, 345 million phones were shipped throughout the first quarter of the year. The staggering number is still five percent less than a year ago. Certainly, there’s a decline in shipments. Smartphones have matured enough. Selective new features aren’t exciting for consumers anymore.

The proud victor for the first quarter was Samsung with a 21 percent share. The report attributes the success to better Galaxy S10 sales and a restructured line-up. However, despite maintaining its top position, Samsung still lost eight percent year-on-year (YoY).

Huawei, on the other hand, finally overtook Apple. The controversial Chinese tech giant is now the second biggest smartphone brand in terms of shipments with a 17 percent share. Huawei also posted the most impressive YoY growth at positive 50 percent.

Apple, now in third place, captured only 12 percent of the market. Surprisingly, the iPhone XR (the cheapest among the new iPhones) was the best-selling iPhone during the quarter. The Cupertino company had a negative 20 percent YoY growth. 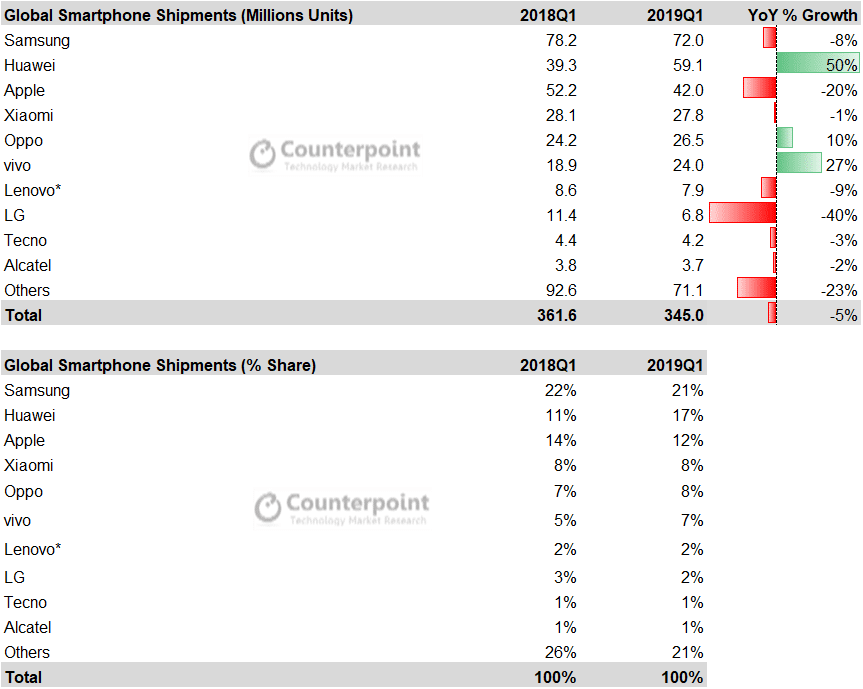 Not far behind, Xiaomi and OPPO captured eight percent market share each. Meanwhile, Vivo was slightly behind with seven percent. Both Lenovo (including Motorola) and LG had two percent of the smartphone market.

In a nutshell, Apple and Samsung continue to decline. Meanwhile, Huawei keeps on growing and reaching more markets. Likewise, other Chinese brands — including OPPO and Vivo — also enjoyed a positive annual growth. Xiaomi is now facing stiff competition in China, but still doing well in India and new markets.