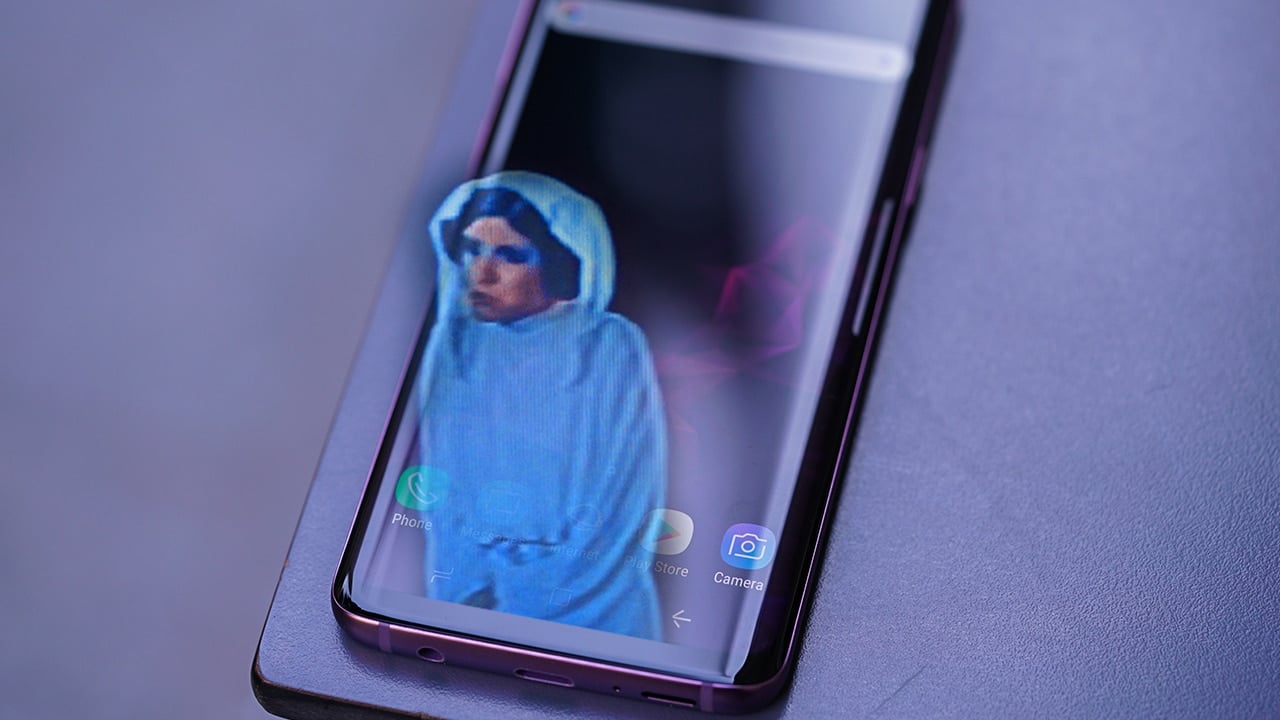 How many new smartphone designs do we need next year? For Samsung, sky’s the limit. After a relatively tame 2018, the Korean tech company has announced plans for multiple smartphone revolutions: a holed smartphone, a foldable smartphone, and a truly bezel-less display.

Despite already showing a lot of promise, Samsung isn’t done. Recently, they patented another new form factor: a holographic smartphone.

Published a few weeks ago, the patent — described by LetsGoDigital — details a revolutionary mechanism never seen in the industry before. The apparatus uses multiple lenses to project a holographic image from the display. It uses “intervention of light” to ensure a high-resolution image.

Currently, the patent contains very technical information supplemented by sketches and brief descriptions. At the very least, it’s a concrete representation of what Samsung is working on. However, we’ll have to wait a little bit longer for actual product details.

The patents are currently available on the World Intellectual Property Office (WIPO) and the United States Patent and Trademark Office (USPTO).

Besides this potential form factor, Samsung has been on a roll lately. The company has recently launched the Galaxy A8s. Likewise, the foldable Galaxy Flex will launch next year. With the patent filed, the holographic smartphone might come soon after.