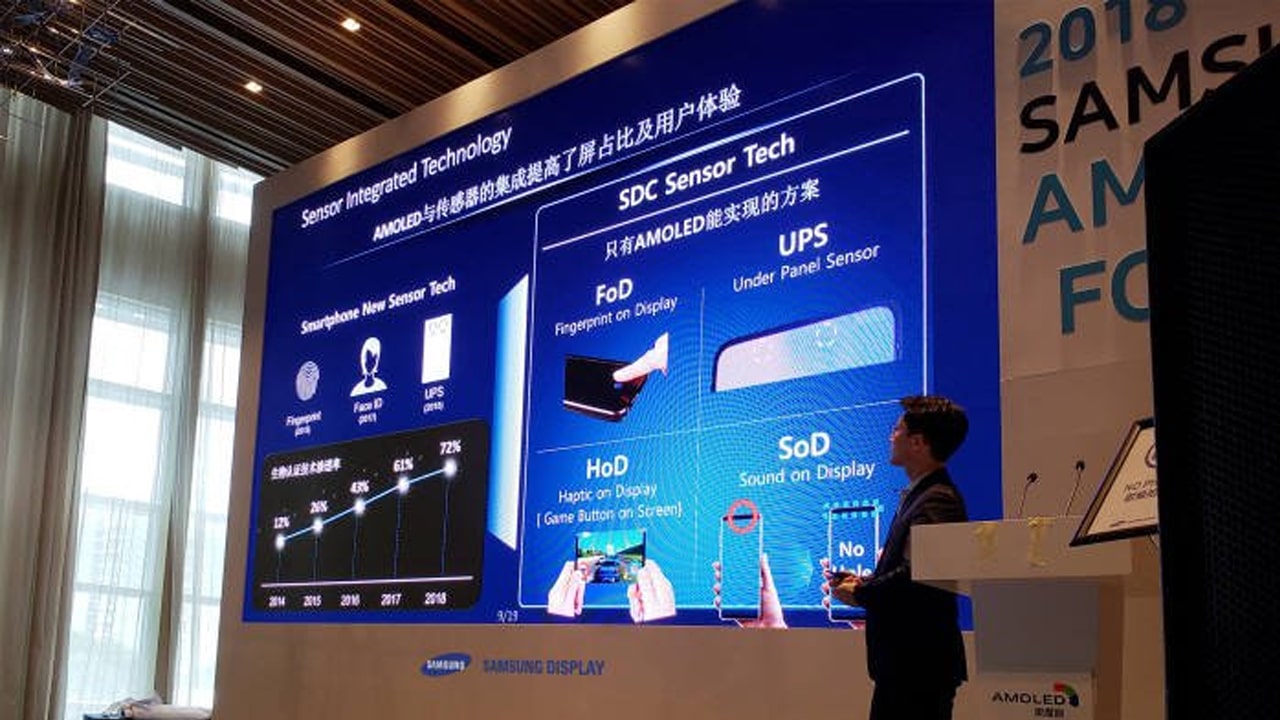 As 2018 rolls to a close, the hunt for a truly bezel-less phone continues. Across the industry, companies have invented waterdrop notches, pop-up sensors, and holed screens. However, for all their glitter and glamour, all these inventions have barely grazed the concept of a truly bezel-less screen.

Now, Samsung is inching closer and closer to the next step of screen technology. Based on a presentation from China, the company has detailed its plans for next year’s smartphones. Particularly, they are launching an all-out war against notches and buttons.

From renowned Samsung source Ice Universe, Samsung will integrate everything into the screen. Previously, the company hinted this integration through rumors of an under-screen fingerprint sensor. However, this goes beyond that.

Great news! Samsung established the direction of mobile phone design in 2019!
On October 18th, Samsung Display invited about 20 customers to hold the “2018 Samsung OLED Forum” at the Shenzhen Marriott Hotel in China. At the meeting, Samsung showed a PPT pic.twitter.com/sYu0ORTd6V

Aside from a fingerprint sensor, Samsung’s new screen will (shockingly) integrate sensors inside the panel. In other words, Samsung’s next front-facing camera will settle in under the screen! Beaming with confidence, Samsung has made the boldest claim: Next year’s phones won’t have a visible selfie camera at all.

Additionally, Samsung makes another bold move: Sound on Display. As is standard for every phone today, the front-facing sensors usually pair with the phone’s speakers. According to Samsung, that pairing will become a thing of the past. Strangely, Samsung’s new phones will emit sound straight from the screen.

Unfortunately, Samsung has not detailed how exactly this works. However, the company’s presentation confirms the claims, at least. We can expect these developments in the near future.

Currently, Samsung’s lineup consists of the Galaxy S10 series early next year. So far, swirling rumors haven’t pointed towards this interesting new form factor. If anything, Samsung will also out the Galaxy Note 9’s successor and a foldable smartphone. The planned developments can come with any of these. Regardless of the uncertainty, Samsung’s blueprints are the closest we’ve gotten to a truly bezel-less phones.