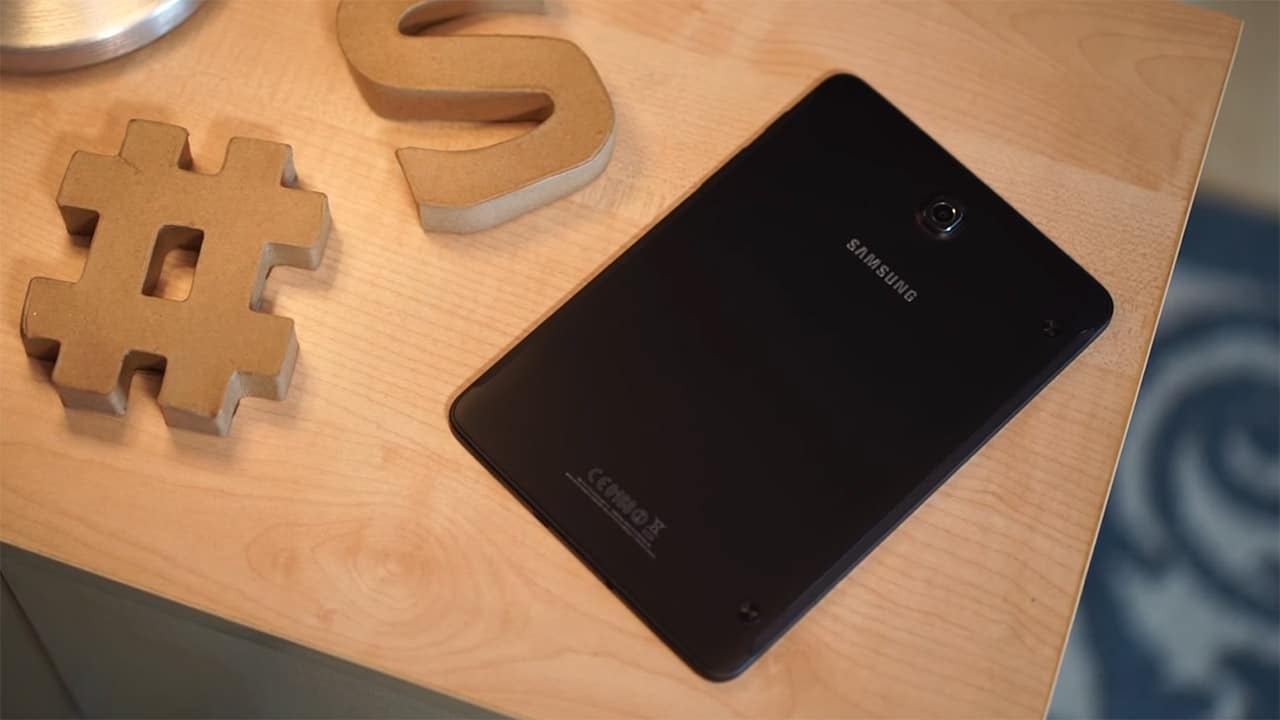 Despite the postponed reveal of the highly anticipated Galaxy S8, Samsung is still ready to unveil another flagship device at Mobile World Congress (MWC) later this month.

Big news is on its way. Don’t miss out. https://t.co/ChwhlkYISP pic.twitter.com/rblHI0BkPq

You can’t see anything but a portion of the gadget in question, but rumors claim this is the Galaxy Tab S3 Samsung has been developing for the past year.

As the successor to the Galaxy Tab S2, the Galaxy Tab S3 is expected to build on the same winning formula, involving a super-slim build and specifications you’d find on high-end smartphones.

In fact, the newer Tab may have an even thinner shell this time around, and as expected, we should find one of last year’s high-powered Qualcomm Snapdragon processors inside, as well as a sharp Quad HD display resolution and LTE connectivity.

With fewer options than ever in the premium tablet category — the only other serious one being the Apple iPad series — Samsung would fill in the gap left by several Android manufacturers. The only other major tablet launch in recent memory was done by ASUS, and it wasn’t even widespread.

The newest LG flagship boasts a bigger display that fits in your hand, but that wasn’t exactly why I got excited over the G6.  END_OF_DOCUMENT_TOKEN_TO_BE_REPLACED

END_OF_DOCUMENT_TOKEN_TO_BE_REPLACED

Nokia managed to get the internet all hyped up with a feature phone. The hype reached fever pitch when Nokia finally unveiled the 2017 version of the 3310 at Mobile World Congress in Barcelona, Spain. For a closer look, here’s our Nokia 3310 hands-on video. END_OF_DOCUMENT_TOKEN_TO_BE_REPLACED