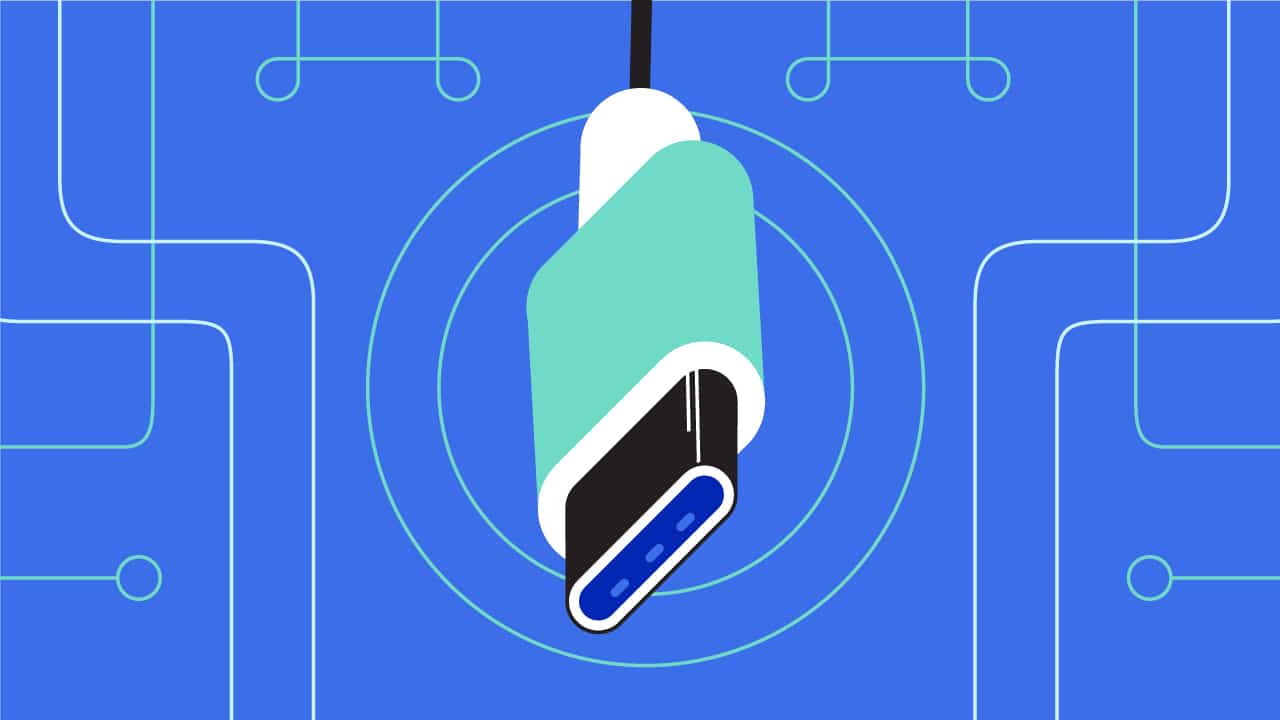 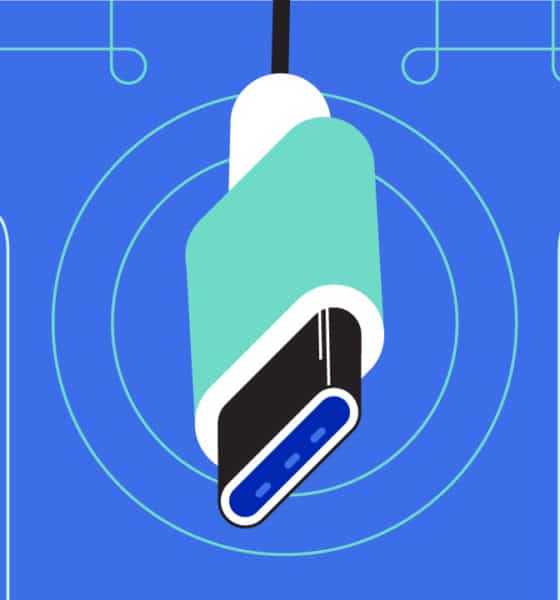 For years, people have grown accustomed to using USB ports for almost all of their devices. Whether you need to charge your phone using your computer or use a controller to play games, you can always count on a USB port to be readily available for you. But 2018 was the year of change and innovation, and the USB port you know and love welcomed change in a big way.

Introducing: USB Type-C, the newest port added to the family. Its round shape brought many new uses and functionalities to your ports. But, how different is it from its much older brothers? How have companies revolutionized its use in mainstream devices?

What is this USB Type-C port?

The USB Type-C (USB-C) port is a not-so-recent discovery in the world of tech. The USB Implementers Forum (USB-IF) developed this USB port back in 2013, and launched it into mass production the following year. The connector is a reversible oval shape, much different from the usual rectangular shape of the previous generation. Its reversibility allows any orientation of the cable for transferring files or charging your device. 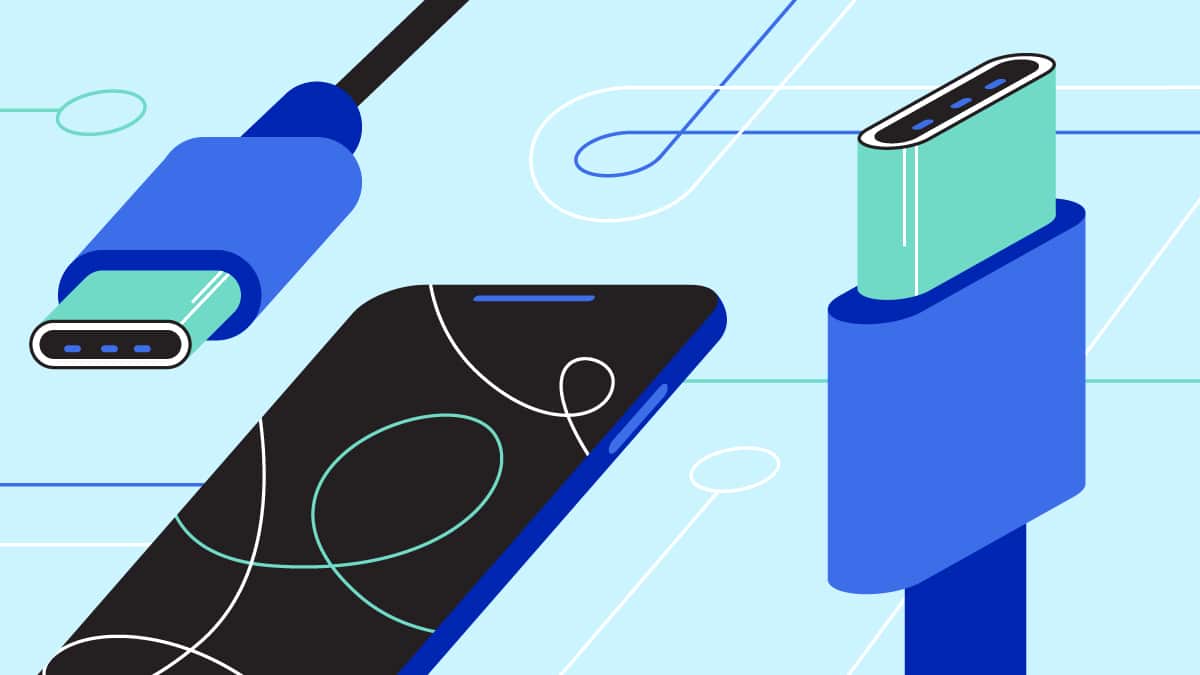 USB-IF developed USB-C following the USB 3.1 standard. Such a standard was particularly used because of its faster transfer speeds and charging capabilities. With a USB-C port, you can transfer an hour-long movie in less than 30 seconds, provided you have the appropriate connector for it.

Computer and smartphone manufacturers have incorporated the USB-C port in most of their devices. One of the early adopters of the new technology was Apple, with their redesigned 12-inch MacBook in 2015. Other computer manufacturers followed in the later years, especially with the release of the Thunderbolt 3 technology used for gaming machines.

USB-C has been around for the past four years, and it has gradually developed into an all-around port for users. Alongside Thunderbolt 3, the USB-C port posts the highest data transfer speed across all the available USB connections in existence. Not only that, USB-C ports these days can now connect your devices to external GPUs and displays, and charge your devices. Most USB-C ports even support fast charging for smartphones. 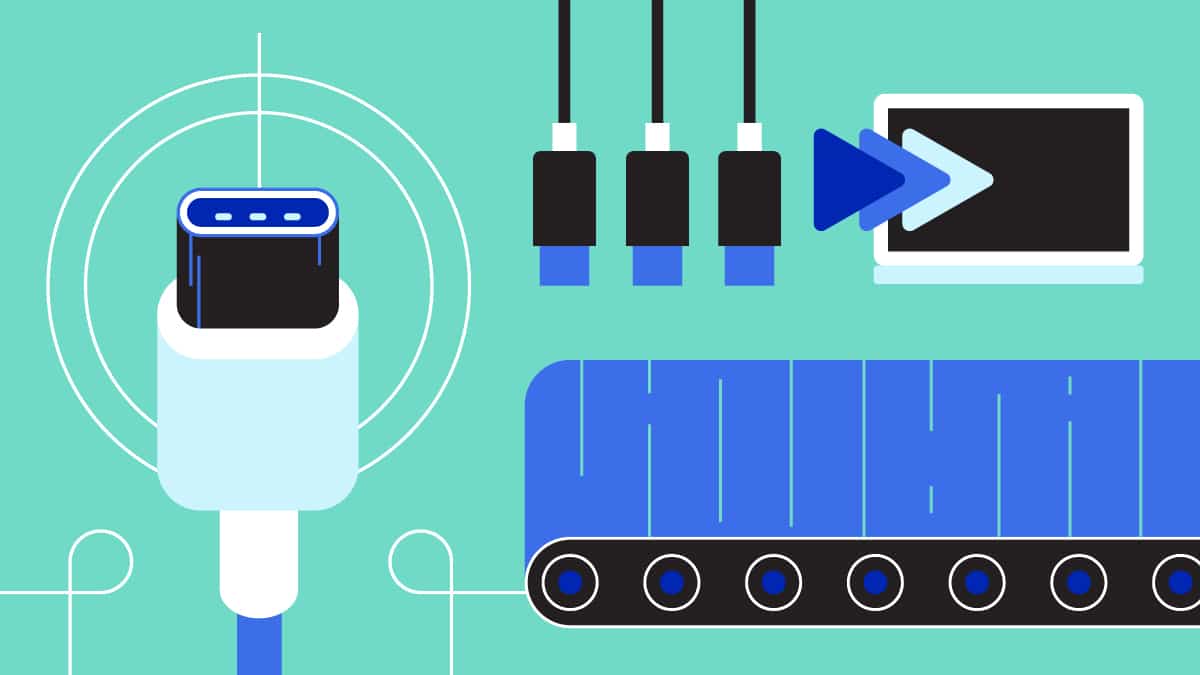 While the technology behind it is supported by a USB 3.1 standard, it’s still very much different from other USB ports that use the USB 3.1 protocol. For starters, the USB 3.1 standard found in USB-C ports are USB 3.1 Gen 2 ports, which offer twice as much performance in data transfer as USB 3.1 Gen 1 ports. Most of the Gen 1 ports also use an older USB Type-A standard, which works for most of your gadgets and peripherals today. However, you would need more adapters for other functionalities, like displaying to a monitor.

But the USB-C port is a far cry from the old USB 2.0 and 3.0 protocols, which have been in existence for 14 years (and counting). Data transfer speeds for those two protocols are significantly slower compared to the USB-C port. An hour-long movie would ideally take around one to two minutes on a USB 2.0 port. Also, older USB protocols don’t really allow you to power up devices that need more electricity. So, charging devices on them might not be as fast.

So, you’re probably wondering what really makes a USB-C port just that fast. It’s not so much that it’s round, or that it’s new; rather, it’s the technology inside it. Late 2015 saw the arrival of the new Thunderbolt 3 standard specifically for USB-C ports. It first started out in most Windows laptops before making it to the 2016 MacBook Pro and several gaming motherboards.

What Thunderbolt 3 does for USB-C ports is to significantly increase its capacity and capabilities by a mile. We’re talking faster file transfer, heightened gaming experiences, and being able to plug in 4K displays for clearer images. Thunderbolt 3 also allows much bigger devices to be charged at a controlled rate. This is mostly evident with the MacBook Pro, several high-end Ultrabooks, and most recently, the 2018 iPad Pro. 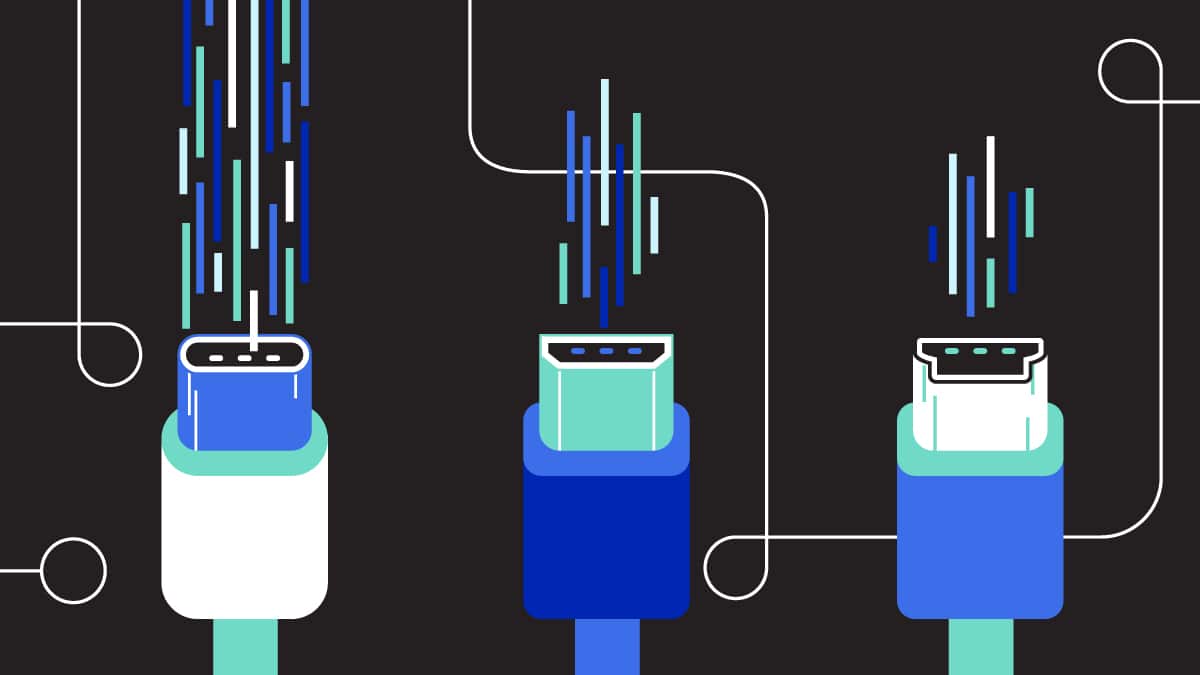 The charging capacity brought about by Thunderbolt 3 deals with a tweak to how USB power delivery works. USB power delivery standards state that each USB standard has specific conditions that must be met to power up devices. Early versions of USB ports only allow a small amount of electricity (2.5W) for delivery, while USB-C allows for the full 100W.  Basically, you went from just powering up your mouse and keyboard to charging your entire laptop.

What’s to come for USB-C?

At this point in time, you’re already living in the future that the USB-C port hopes to achieve. Suddenly, you can simply bring a USB-C cable around, plug it into a powerbank, and you can already charge your expensive MacBook. More and more devices are starting to adopt USB-C because of its potential to enhance your tech experience as a whole. 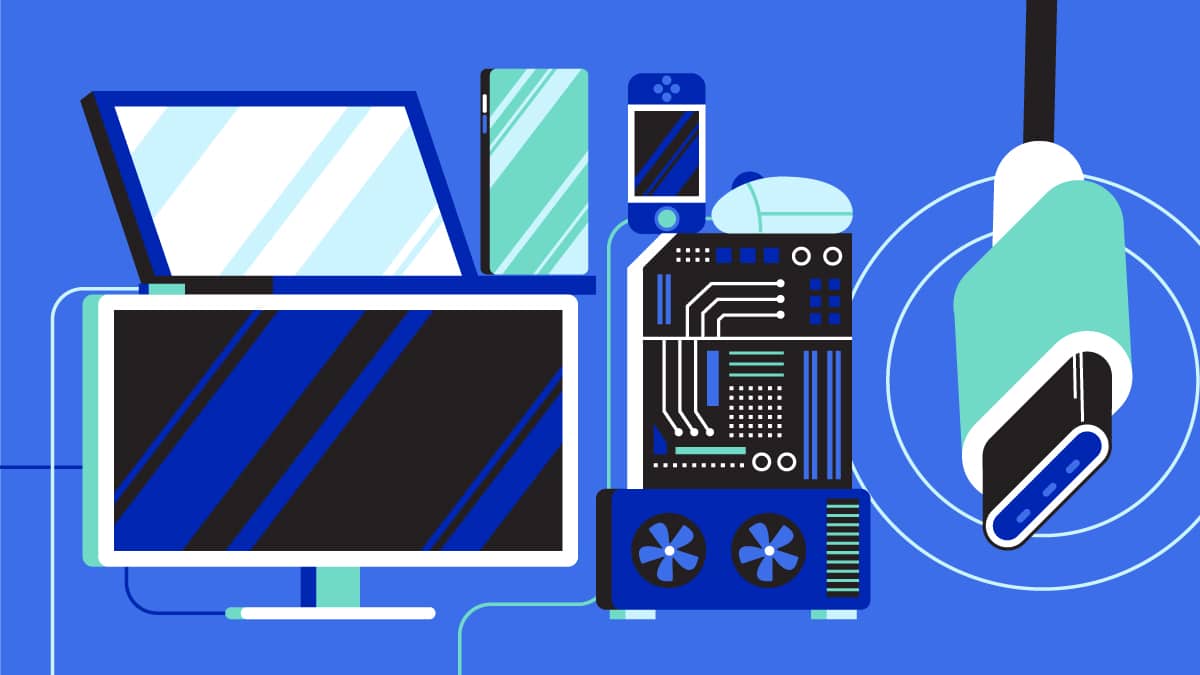 However, people still find it difficult to switch to USB-C, and for good reason. Most devices continue to use a USB Type-A or micro-USB connector, especially gaming controllers and peripherals. Also, they can argue that the old ports are more accessible. In a not-so-distant future, using a USB-C port could potentially replace a phone’s headphone jack.

The future of USB-C is still uncertain. Companies will iron out the new technology more so it can become mainstream for the future. Let’s just hope that by the time that happens, there won’t be a USB Type-D yet. 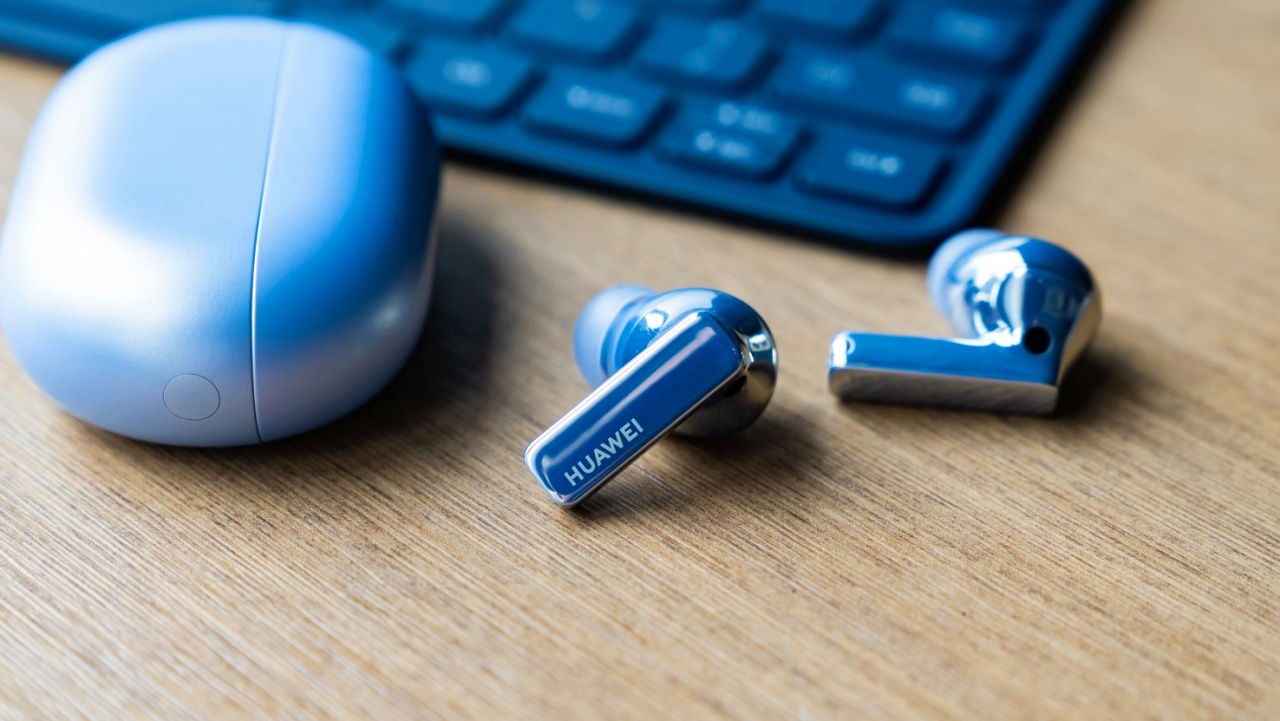 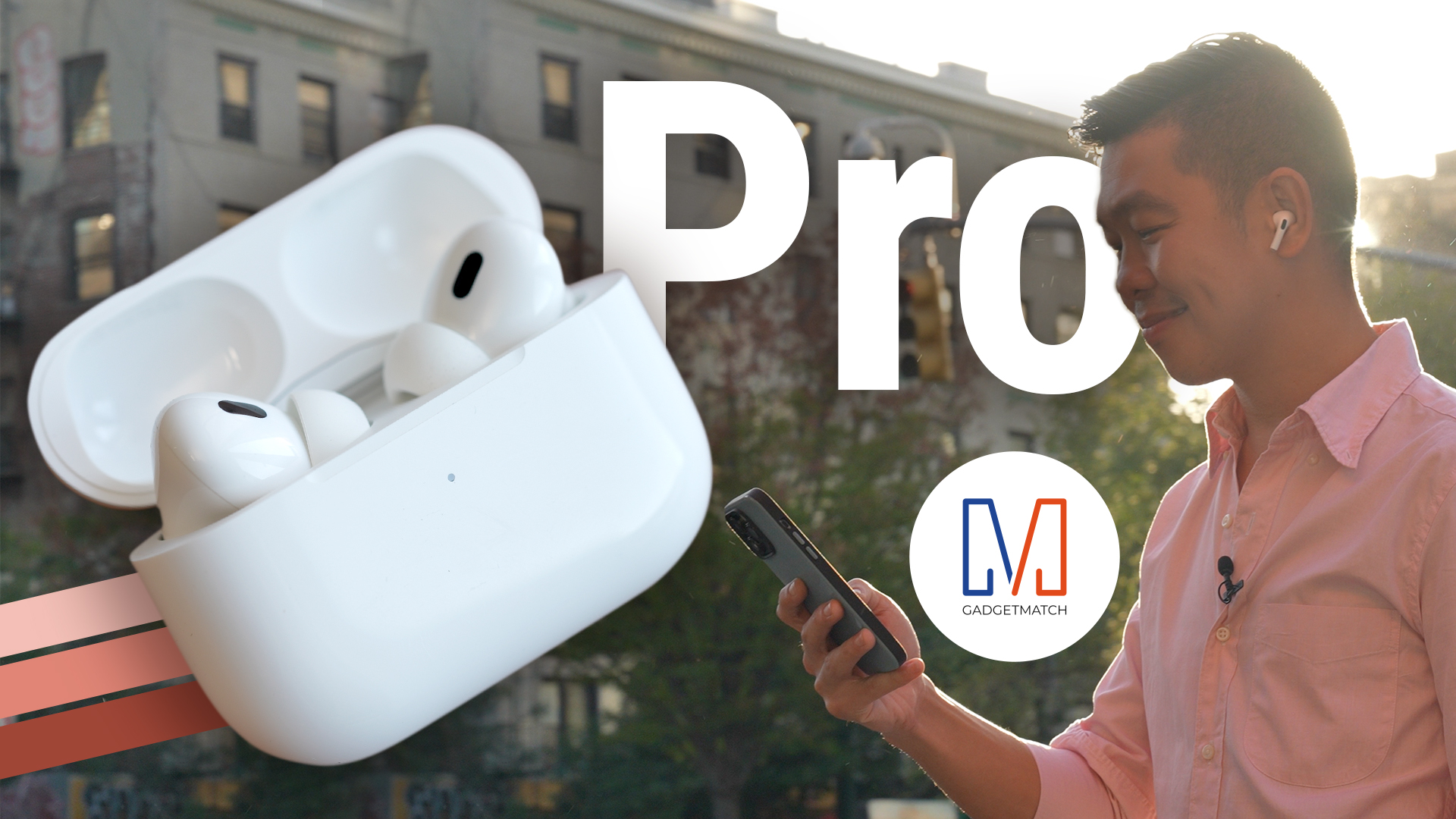 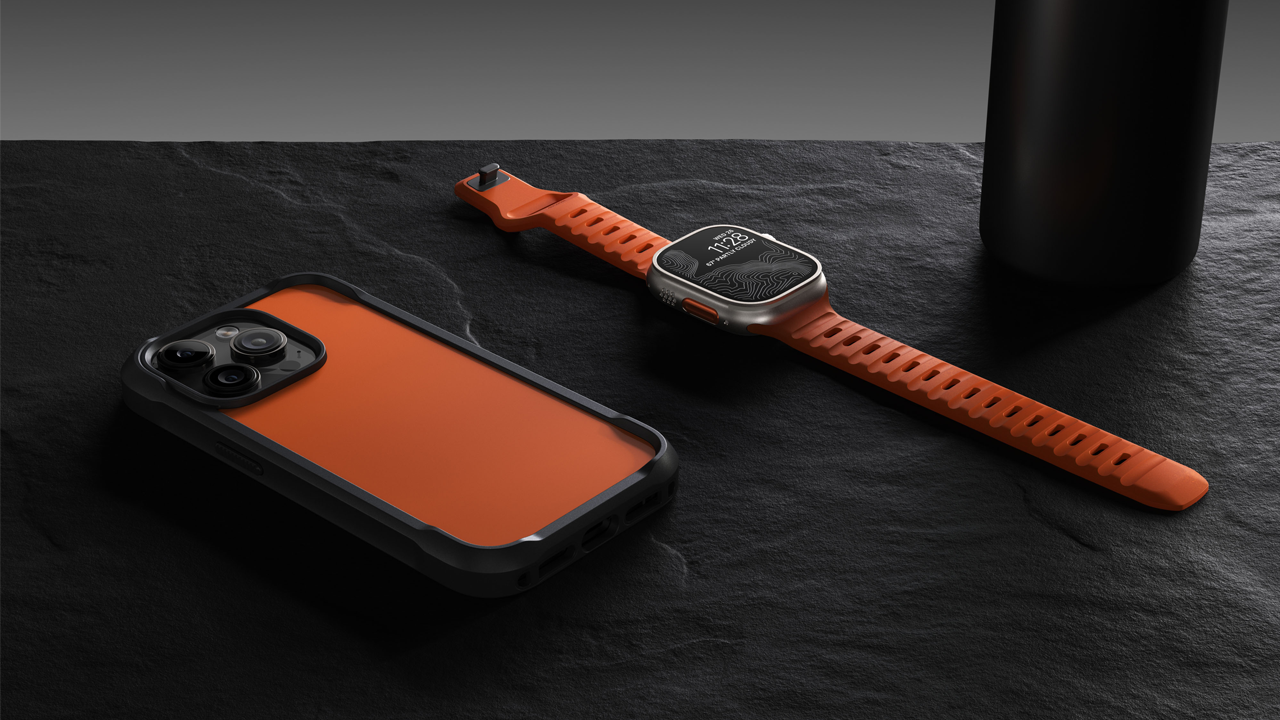