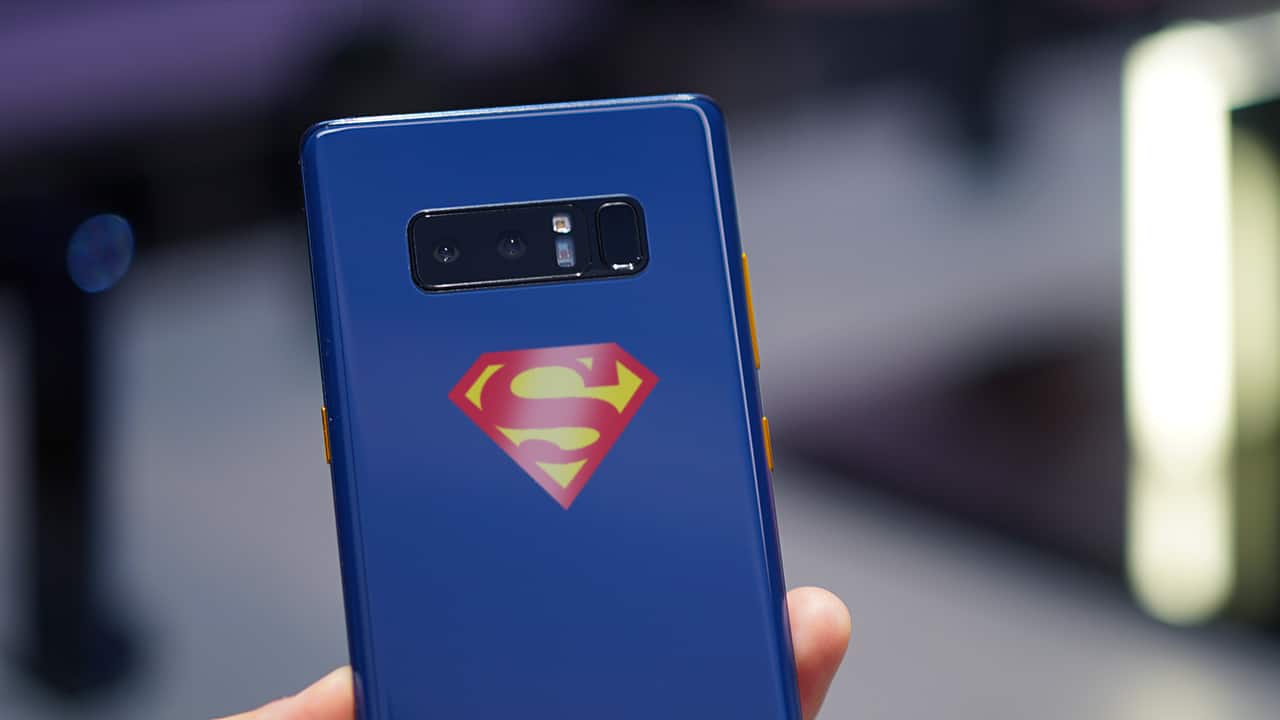 We have to admit: We’re total suckers for special editions of our favorite smartphones. Case in point with the Batman-themed Galaxy S7 Edge we unboxed last year. Now, if we’re lucky, we may be seeing special editions of the freshly released Galaxy Note 8 sometime soon.

Our first hint came from GadgetMatch’s live interview with Chad Sotelo, Chief Marketing Officer of Samsung Electronics Philippines. You can watch the full video from our Facebook page here:

We unbox the Galaxy Note 8! Plus taking all your questions!

Posted by GadgetMatch on Thursday, August 24, 2017

Sotelo mentions additional colors for the Galaxy Note 8 coming to the Philippines in the near future. As of now, the Philippines has access to midnight black and maple gold; no availability for deep sea blue or orchid gray has been disclosed yet.

Doesn’t sound so interesting at first — we already got a glimpse of the Star Pink option — but what he says next got us thinking:

“We might be bringing in a couple of surprises… other fads or other colors,” Sotelo said. “It depends on how excited we are over certain intellectual properties.”

The mention of intellectual properties is already a clear indicator of Samsung’s intent to bring in branding from popular franchises. When are we getting them? Sotelo simply says, “fingers crossed.”

If you recall, Samsung also had an Iron Man-themed Galaxy S6 Edge back in 2015, so having another superhero-powered smartphone this year would make sense. The Galaxy S8 hasn’t received the honor yet, so it could very well happen to the Galaxy Note 8.

While we wait for more hints or an official announcement from Samsung, let’s play around with the idea (or subtly suggest what we want them to create). 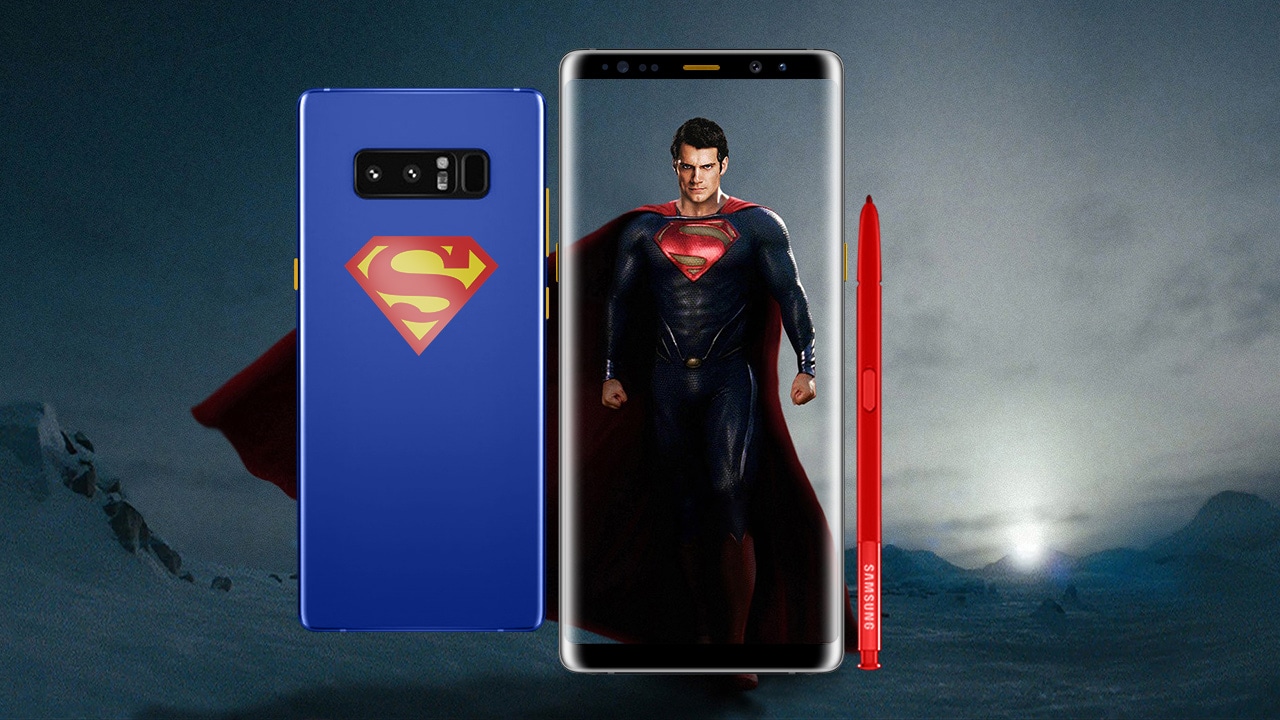 Would be nice if the phone were bulletproof, as well! 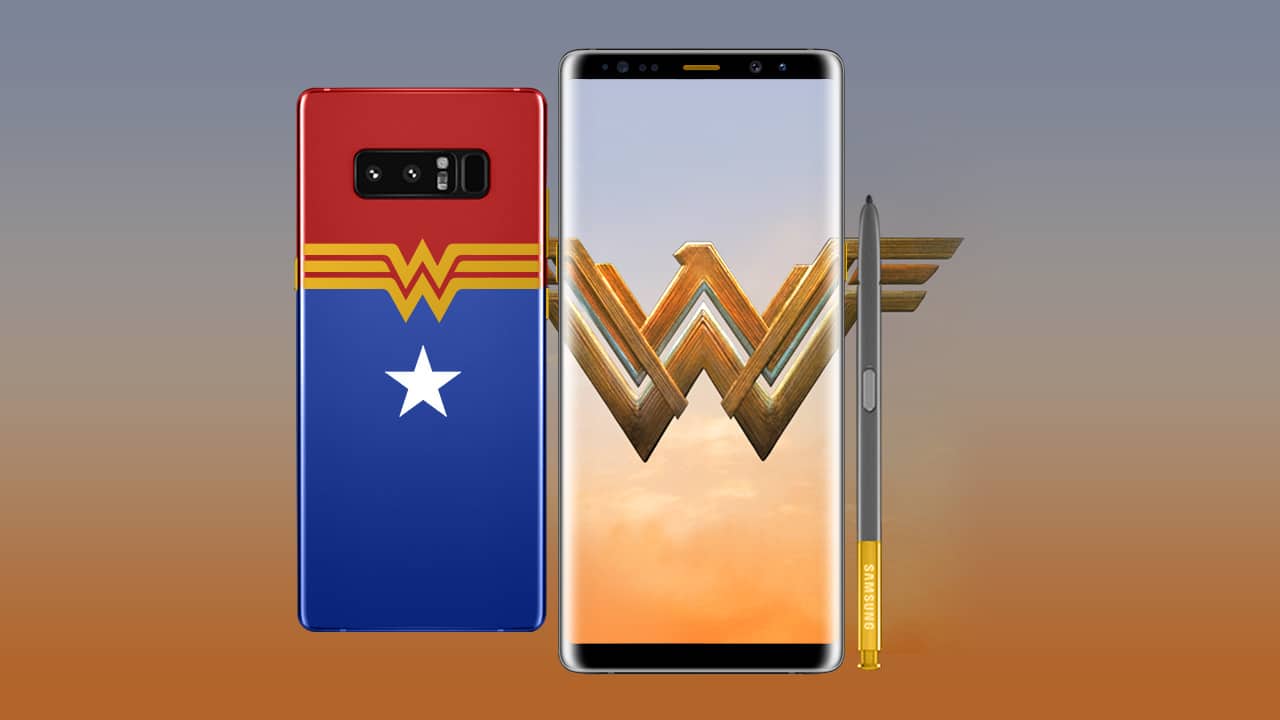 Wonder if this will ever become real… 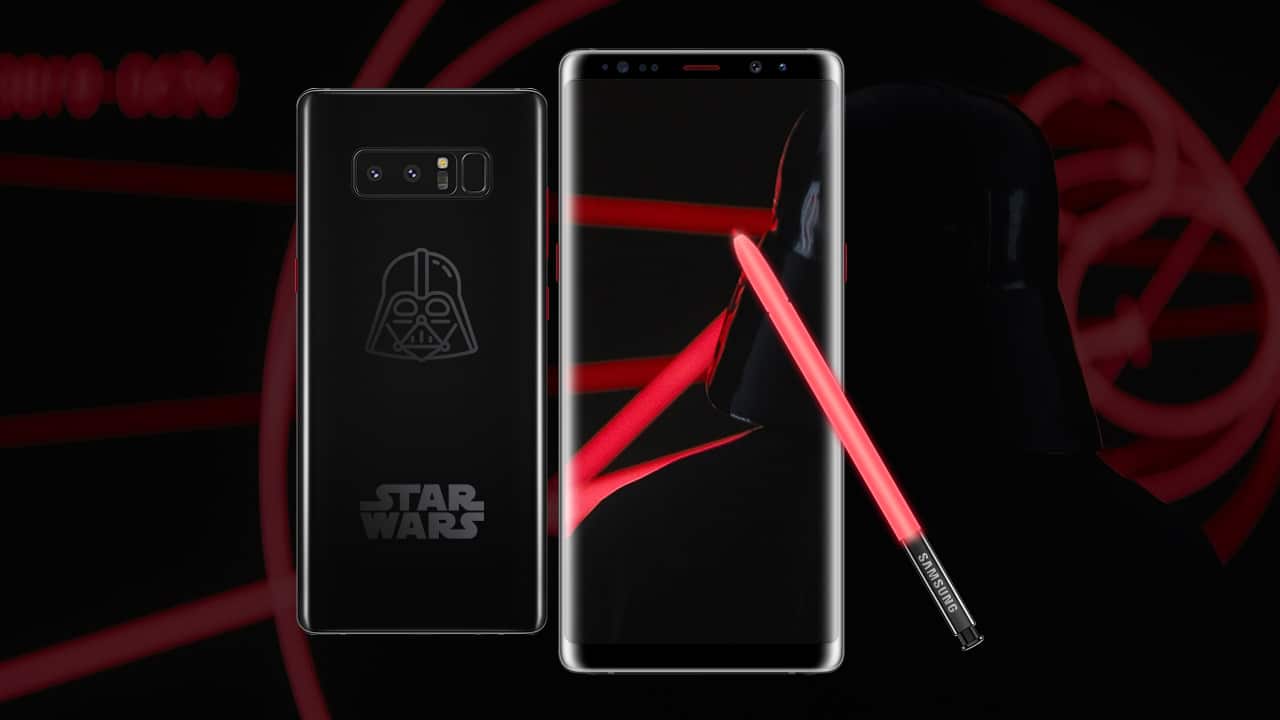 With a matching lightsaber S Pen!

Are there any particular branded designs you’d love to see on a Galaxy Note 8? Let us know in the comments. For all we know, Samsung could be listening!

Sales limited to Europe for now 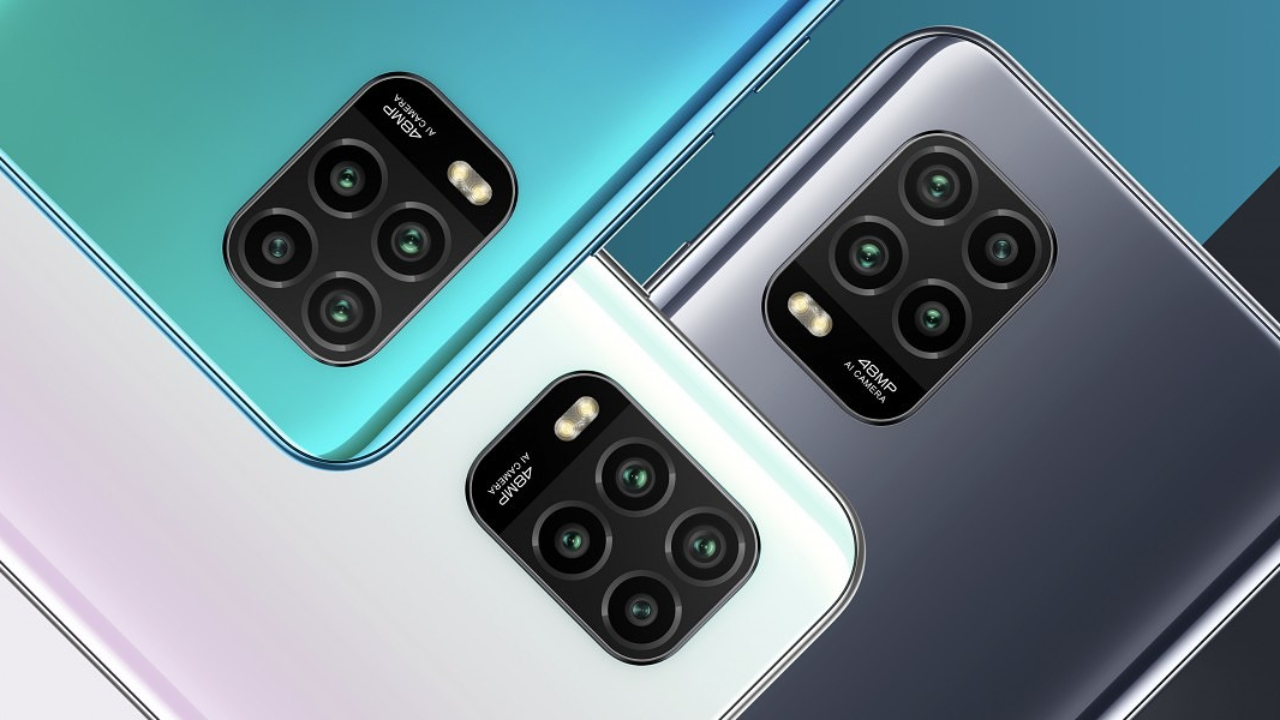 The Mi 10 has been a sensational phone since launch and Xiaomi has now announced its younger sibling — the Mi 10 Lite. Just like the flagship, it also gets 5G support, but via a midrange chipset. This will offer consumers an option to buy a 5G phone, without the cost attached of a flagship phone.

As the name suggests, the phone is a slightly watered-down version of the flagship Mi 10. However, it’s still a strong contender in a segment that has just one competitor, the Nokia 8.3 5G. 5G roll-out is limited to a few regions, but hardware availability might prompt telecom carriers in developed markets to speed-up their enhancement efforts.

Coming to the phone, the front has a 6.6-inch AMOLED TrueColor display with a waterdrop-style notch. For authentication, an in-display fingerprint scanner has been added along with the standard face unlock option. 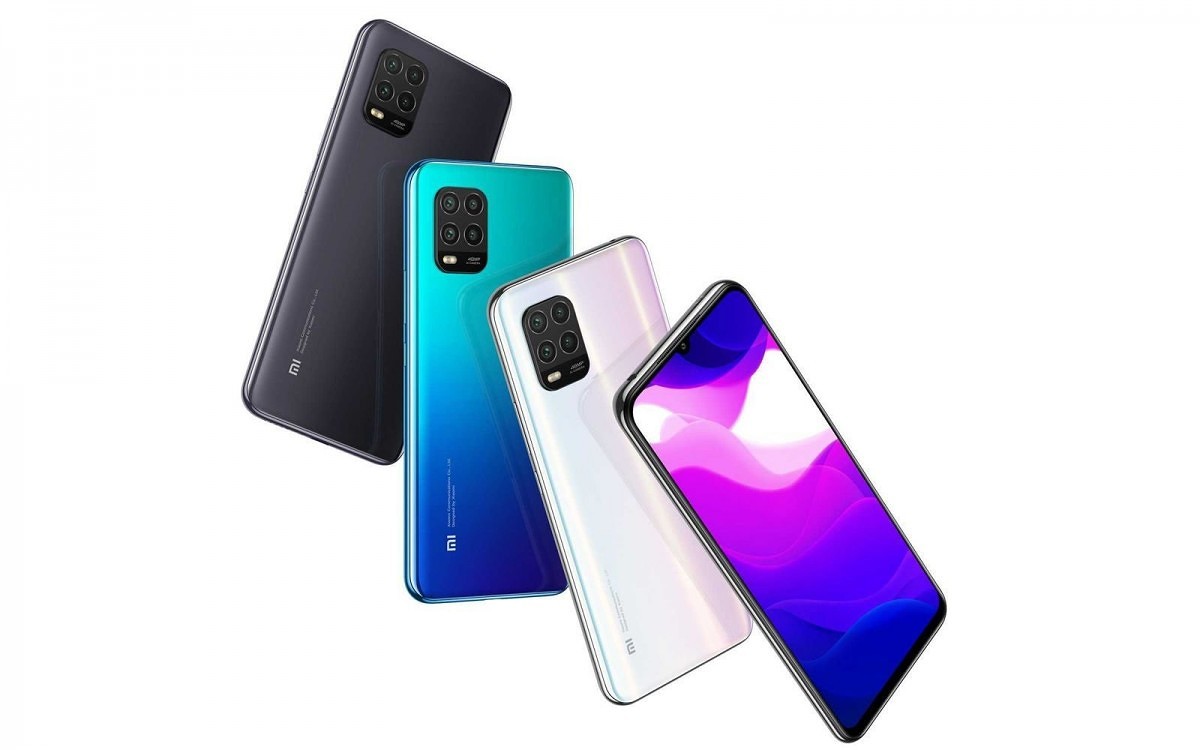 Powering the phone is an octa-core Snapdragon 765G chipset, paired with LPDDR4X RAM and UFS 2.1. Backing these internals is a 4160mAh battery with 20W fast charging support. On the side, it also has Quick Charge 3.5 compatibility.

On the rear is quad-camera support consisting of a 48-megapixel primary lens. Unfortunately, Xiaomi hasn’t revealed the details of the other three cameras. However, considering all their previous phones with a similar setup, it’s safe to assume one of them will be a wide-angle lens along with a depth sensor for portrait photography. For selfies, a 16-megapixel sensor has been added on the front.

Mysteriously, Xiaomi also hasn’t revealed details about onboard RAM. Though, we know it’ll be available in two storage options — 64GB and 128GB. It’ll be available in white, grey, and a bluish-green gradient, with a starting price of €349 (US$ 385) from the first and second week of April in a few European markets. 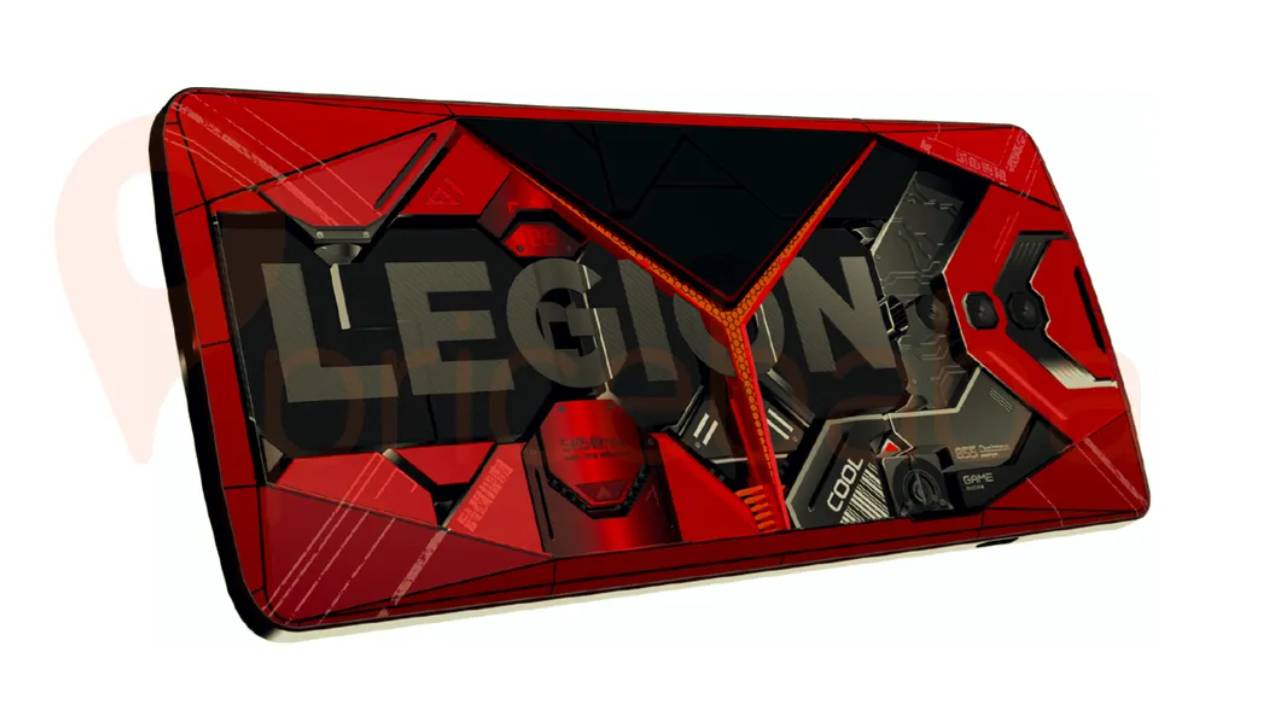 Plus more leaks of the green variant 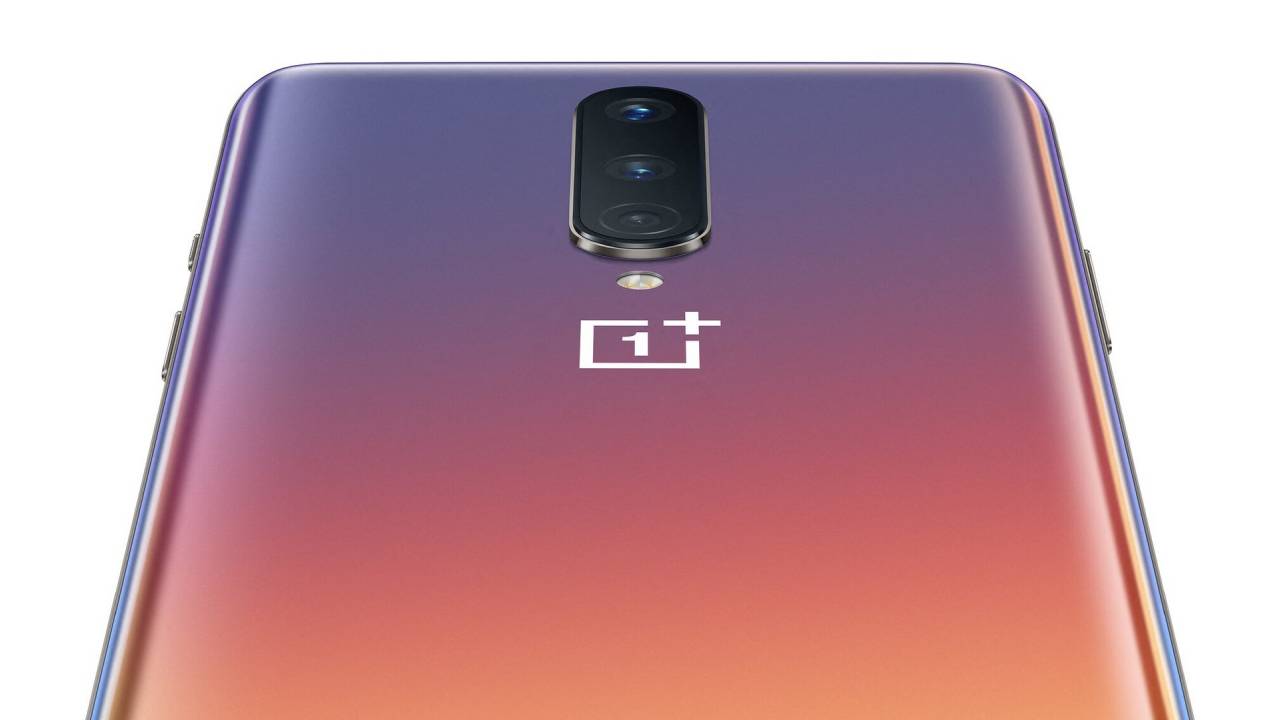 Recently, we saw our very first glimpses of OnePlus’s upcoming flagship series, the OnePlus 8. As expected, both entries in the series – the OnePlus 8 and the OnePlus 8 Pro – are powerhouses for the industry’s high standards. Additionally, a supposedly official render revealed a unique color for the series: mint green.

However, according to a new leak, green isn’t the OnePlus 8’s most unique color. Leaked by Roland Quandt of WinFuture, the OnePlus 8 will come in a dazzling purple-orange gradient called Interstellar Glow. The gradient is hugely reminiscent of retrowave and synthwave (or the recent renaissance of ‘80s style music). However, it’s also similar to the gradient of the current Instagram logo.

A few #OnePlus8 pics, more at the link above pic.twitter.com/e31TgoKQeQ

Given what we know, these three colors are offered for the regular OnePlus 8. The high-tier OnePlus 8 Pro won’t have the Interstellar Glow variant, but it will have an unnamed and unleaked Blue variant instead.

According to the previous leak, the OnePlus 8 Pro will feature a 6.78-inch QHD+ 120Hz screen, Snapdragon 865, up to 12GB of RAM, up to 256GB of internal storage, a quad-rear camera setup, IP68 certification, and a 4510mAh battery compatible with wireless charging.

Both flagships will reportedly launch on April 10. 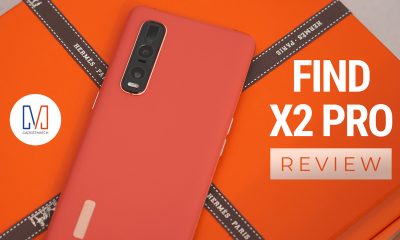