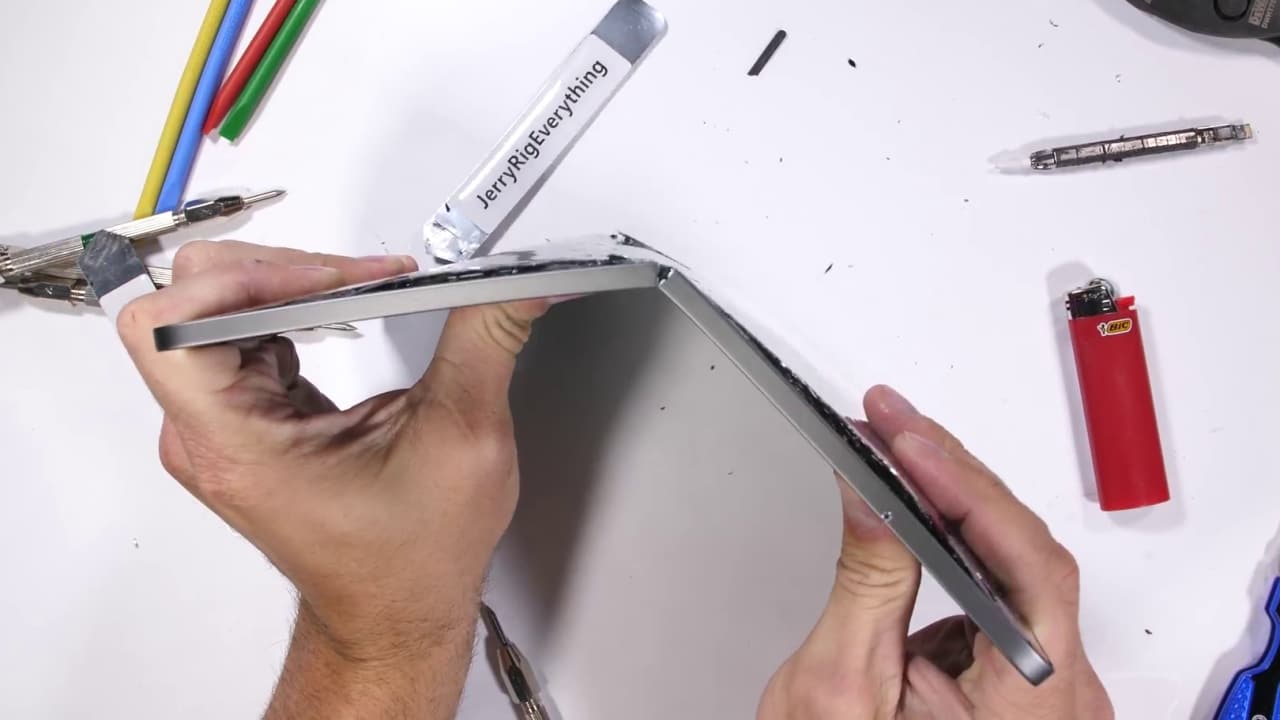 When a device gets released, it’s always nice to know how it holds up through a series of durability test. The new iPad Pro from Apple is beautiful, powerful, and expensive. But, can it survive a simple bend test? Spoiler alert: It can’t.

The iPad Pro (specifically the 11-inch variant) is the latest star on the JerryRigEverything YouTube channel. Zack’s newest video shows that the new iPad Pro can be bent and destroyed using two hands with little to no effort.

Why is that so? Let’s watch the full video first:

As always, the video started with the second-gen Apple Pencil that works well with the iPad Pro. The new Apple Pencil is redesigned to magnetically attach to the tablet and charge wirelessly. When Zack snapped the high-tech stylus in half, we could see the wireless charging component, the strong magnets, and batteries.

Now onto the main star of the video. The 11-inch iPad Pro, like with other iPads before, has an aluminum body which feels premium and cold to the touch.

The screen’s glass scratched at a level 6, which is normal but he pointed out that the glass is thinner than the usual. The sides, buttons, and overall body of the iPad Pro are made of metal. Although, there’s is a section of plastic where the Apple Pencil attaches and charges. There are also tiny holes for the microphones.

When it was time for Zack’s signature bend test, the iPad Pro cracked in the middle. The weak points of the tablet appeared to be the microphone hole on the tablet’s left side and the Apple Pencil’s charging dock on the right.

Based on initial observation, the tablet doesn’t have any sturdy structure inside its aluminum body. The new iPad Pro is indeed very thin, but Apple didn’t have to sacrifice the tablet’s durability.